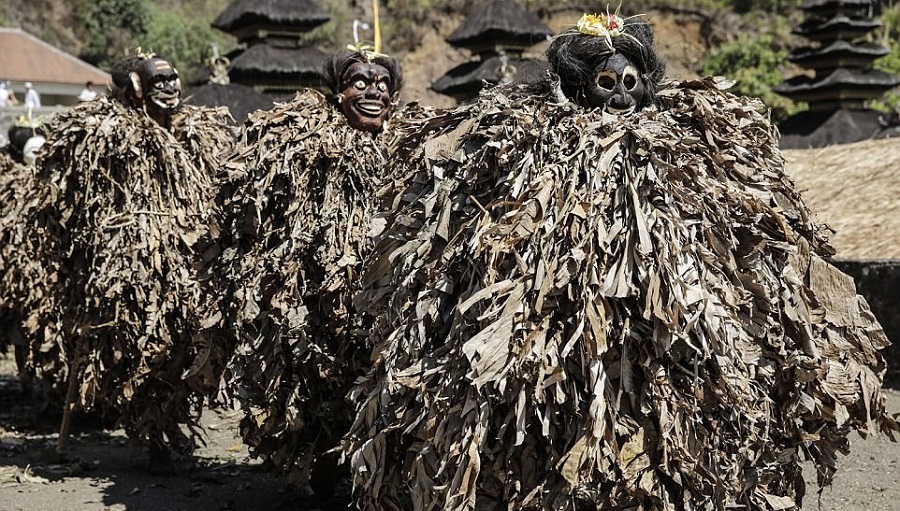 Although not a tribe, they are known as ‘the old people of Bali’. Living in walled villages with gates that, until recently, remained closed to the outside world. This has resulted in a culture that has changed little over time, preserving a lifestyle significantly different to what you can find throughout the rest of the island. The most famous and fascinating thing about them is their way of burial; instead of cremating their corpses, they simply place them under a banyan tree. The odor is mysteriously masked by a special arboreal fragrance emitted by the banyan tree. The two main villages that can be visited by travelers are Trunyan (Near Kintamani) and Tenganan (Near Candidasa, East Bali). You can directly contact our Travel Consultant to visit Trunyan or Tenganan Village by clicking Plan My Trip ! 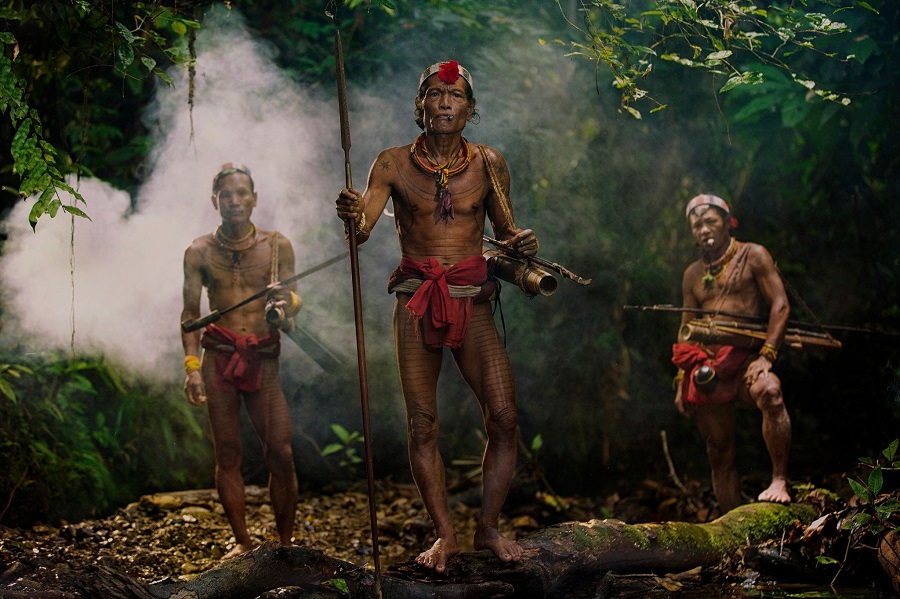 Mentawai is the native inhabitants of Mentawai Island. Mentawai has a distinctive tradition which is wearing tattoo all over their bodies. They are not using tattoo for no reason, those tattoos are reflecting a social status. This tribe was isolated for centuries from the the outer civilization. They live in houses on stilts which is built from wooden materials. Several people of this tribe are living together under the same roof. The people of this tribe adheres to animism, their clothes have materials which are purely taken from the nature. The male clothes are made of breadfruit tree’s skin meanwhile the woman’s clothes are made of banana leaf. 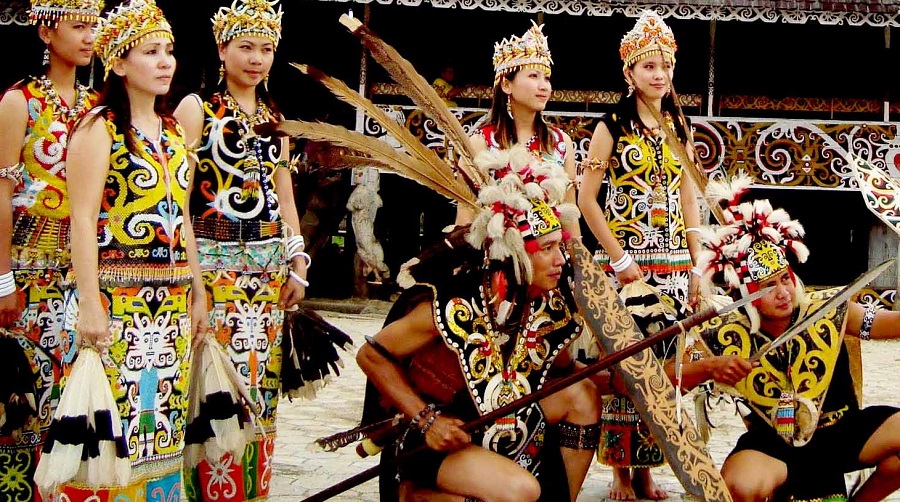 Dayak Tribe is the original tribe for people who live in Kalimantan, the word Dayak itself refers to the people who live far from the city life. Just like the other tribes, Dayak tribe also has some special characteristics. Before the 20th century, they were only believing in ancestors, animals, rocks and natural signs, which is pretty similar with the ancient Hinduism belief. They believe in natural signs and because of that they are very obedient to the law of nature. The Dayak Tribe people are forbidden to mingle with the other civilizations outside the Dayak border.

The Dayak people are getting anxious therefore they usually move from one forest to another or from one cave to another. Dayak Punan Tribe is considered as the most primitive one, the people are barely communicating with the general people and they even live in a deep forest. They have been living life in accordance with the ancestors instructions to keep them away from any distress. 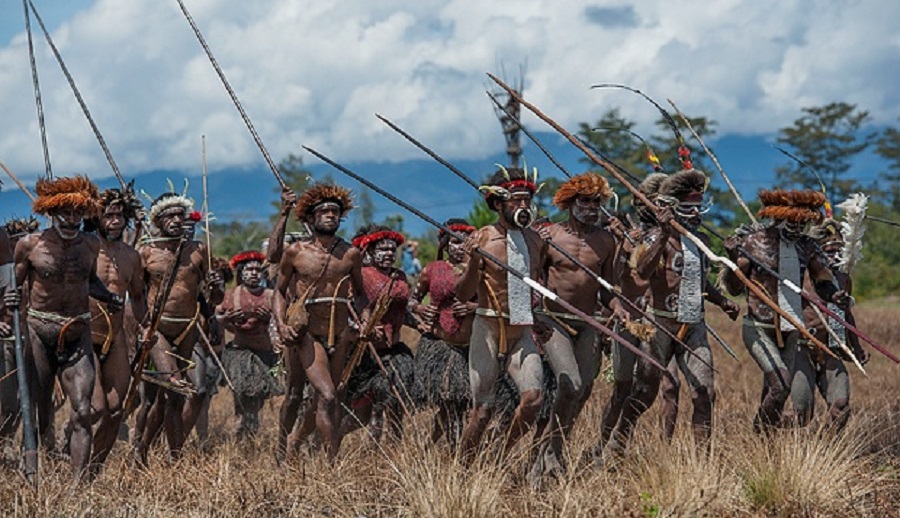 The Dani are the indigenous people of the Baliem Valley in Irian Jaya, along with the Yali and Moni, they are the main tribes in and around the valley. A remote and hard land to reach. The Dani have been described as stone age people. When they were first ‘discovered’, the way they lived was how we imagine pre-historic man had once lived, sparking huge interest around the world. Of course, it was inevitable that when modern society first set eyes upon the Dani, a change would ensue, and it has.

Undoubtedly changes have taken place that has brought the Dani people closer to this increasingly homogeneous present we call modernity. Prior to contact with people other than their own, the Dani ware a basic agricultural, hunting and gathering society, who used tools made of wood, stone and bone. They traded shells and plumes and their view of the world was limited.

An ethnic group of New Guinea, residing in the Papua Province of Indonesia. Possessing one of the most well-known and vibrant woodcarving traditions in the Pacific, their art is sought by collectors worldwide. In some inland regions, the Asmat have lived in tree houses, sometimes as high as 25 meters from the ground. 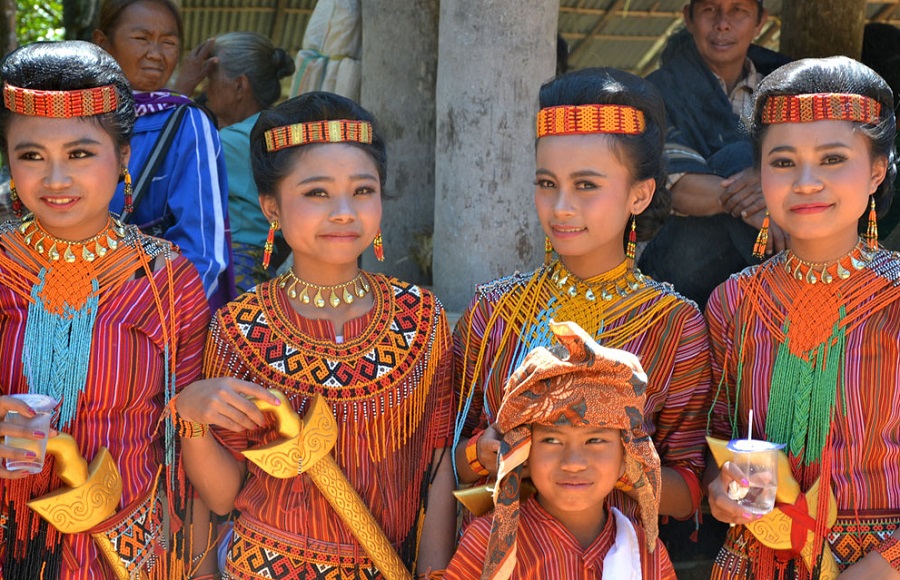 The local inhabitant highlands of the island of central Sulawesi, Toraja tribe are famous for its traditional elevated dwelling that features a massive boat-shaped roof and colorful exterior wall. Also the unique burial rituals, where the dead body is not buried but put inside the giant rocks on a hillside walls. 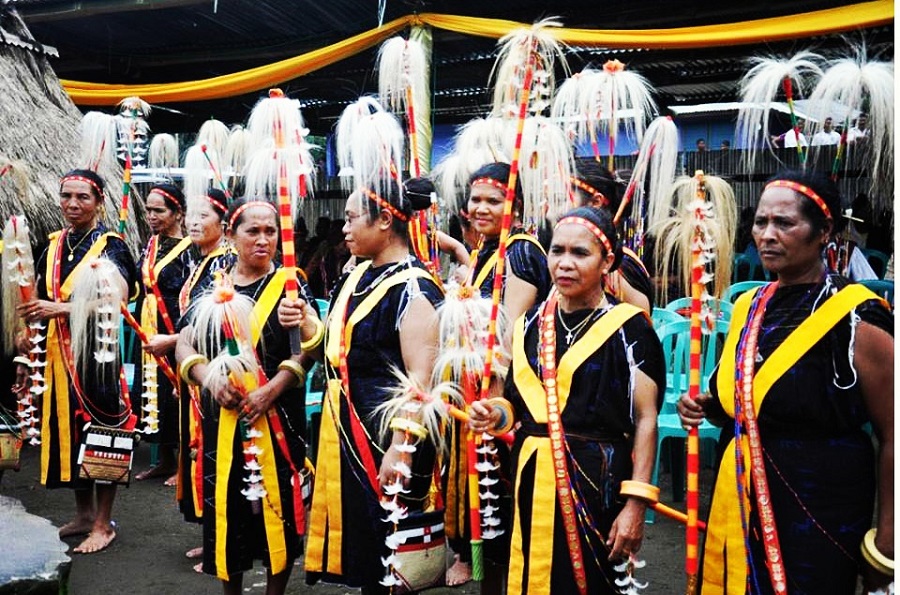 A tribe living in the south coast of Flores, known for their Bena Village, a tribal village with traditional architecture and still has many ancient rites and customs that are remnants of the megalithic. 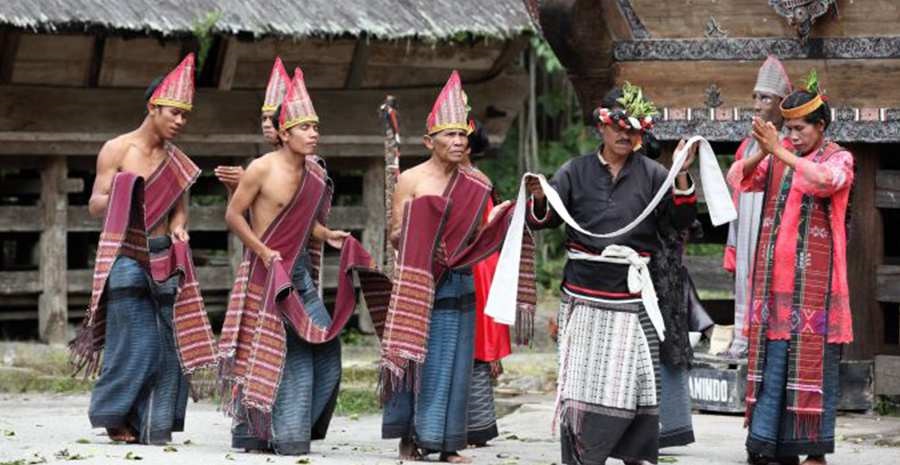 This name is given to the people who live in the North Sumatra province. The ethnic groups are categorized as Batak tribe such as Batak Toba, Batak Karo, Batak Pakpak, Batak Simalungun, Batak Angkola and Batak Mandailing. Batak Tribe is known for its clans, there are various clans taken from the male lineage. Those clans are becoming the symbol of the Batak family.

According to the belief of the Batak people, the Batak clan originated from Si Raja Batak which is believed to be the origin of the Batak people. Batak Tribe has so many cultural elements from dance, musical instruments, traditional fabrics and ceremonies. The popular traditional dances are Tor-Tor and Tari Serampang 12 . The popular musical instruments are Gong and Saga-Saga, meanwhile a fabric which belongs to this tribe is Ulos fabric. 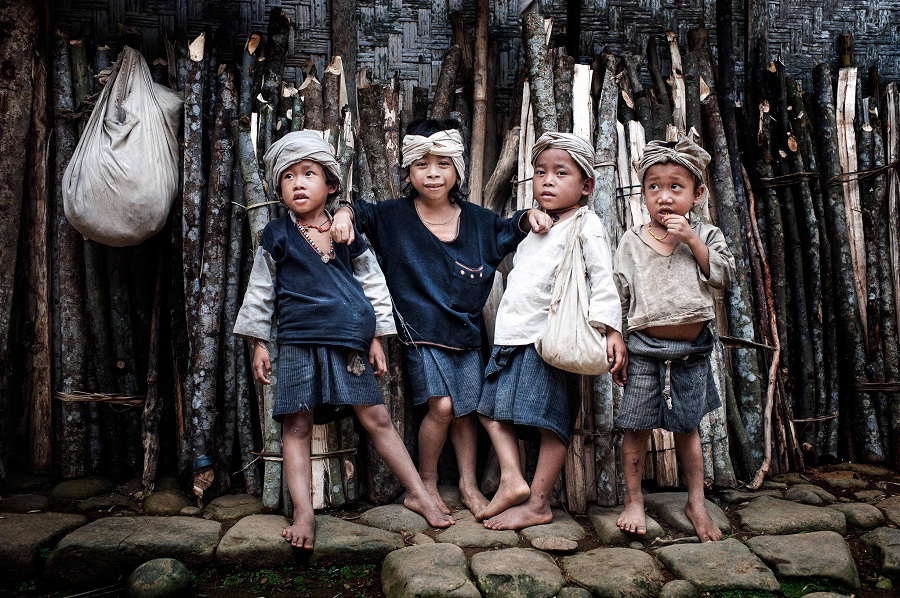 In a fast-changing world, the Badui community in Banten, west Java reminds an enigma. A deeply spiritual community, a wholly unique and closed society, the Badui people of Banten steadfastly maintain their ancient ways, rejecting most trappings of modern society. This tribe lives in Lebak Banten in Javanese Island. Baduy Tribe is divided into two complex which is Baduy Dalam and Baduy Luar. Baduy Dalam ignores the outer civilization or modern civilization.

The people who live in Baduy Dalam are very introvert and conservative. They ignore technology, the Indonesian government and even forbid any interaction with people outside its border. However Baduy Luar is more open to the modern civilization compared to Baduy Dalam. Baduy Tribe is well-known for its magical characteristics, the Baduy people are sakti or sacred. Some of them even have the ability to do fortune telling activity. 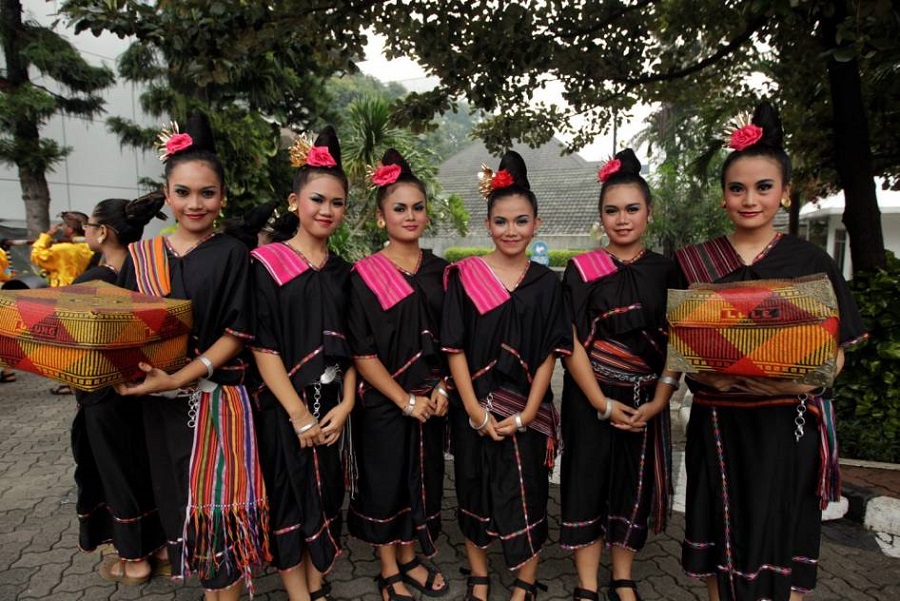 A tribe who inhabit the native island of Lombok. They are related to the Balinese in language and race, although the Sasak are predominantly Muslim while the Balinese are Hindu. Famous for their traditional hand weaving and huts.

With Authentic Indonesia you can immerse yourself and meet with the different Indonesian Ethnic Groups: