From all major airports in the Indonesian archipelago

A great diversity of landscapes

Difficult and long transfer between each point

Sulawesi is one of Indonesia’s most fascinating Island. It is tied physically and historically to the sea and ringed with teeming waters and reefs; its interior is mountainous and filled with dense jungle. Here rare species such as nocturnal tarsiers and flamboyantly colorful maleo birds survive, as do proud cultures, isolated by impenetrable topography, who guard their customs against the onslaughts of modernity. Here are some reasons why you should visit the Celebes.

Wakatobi underwater beauty has been well-known for divers all around the world. Many professional divers make The Wakatobi Islands their favorite destination. There are more than 942 species of fish and 750 species of coral recorded inhabiting the waters of Wakatobi. Since 1996, Wakatobi has been designated as an Indonesian national park and a world nature reserve for marine biosphere by UNESCO. The name Wakatobi is an acronym for the four main islands namely WAngi-Wangi, KAledupa, TOmia, and BInongko. Besides the four islands, there are several other small islands in Wakatobi region, including Hoga Island, Kapota, Anano and Rundumana. 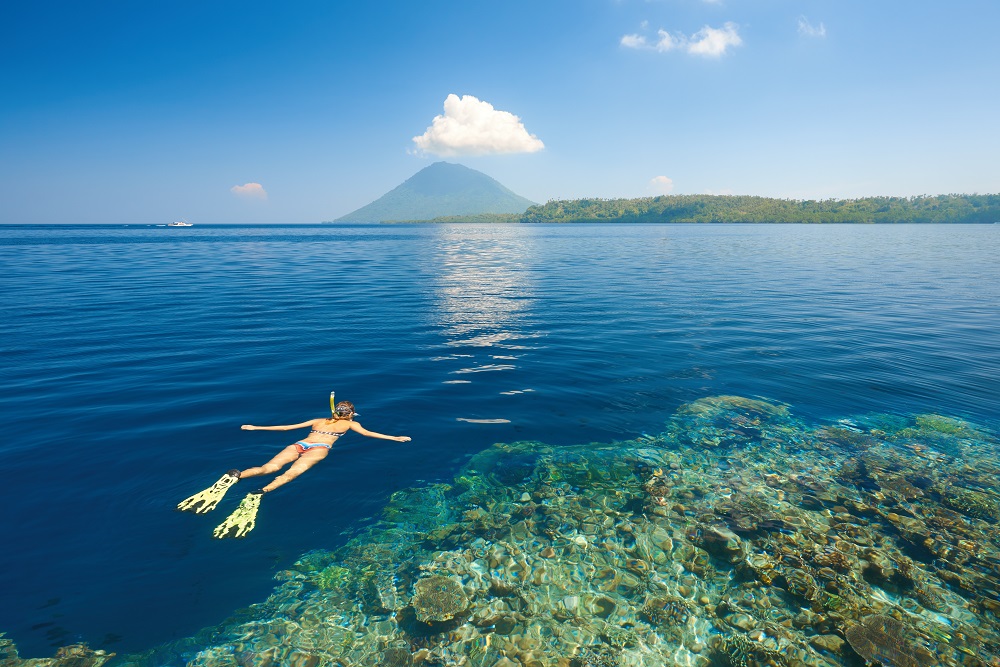 Being the first marine park founded in 1990, Bunaken Marine Park has the best diving and snorkeling locations with dozens of types of coral reefs and thousands of species of fish. About 20 dive spots are ready welcoming divers to take a closer look at the amazing variety of marine life. Aside from diving, visitors can walk leisurely along the five islands that surround the marine park, which are Bunaken Island, Siladen, Manado Tua, Mantehage and also Nain. Visitors can also visit the Tangkoko Duasudara Nature Reserve. 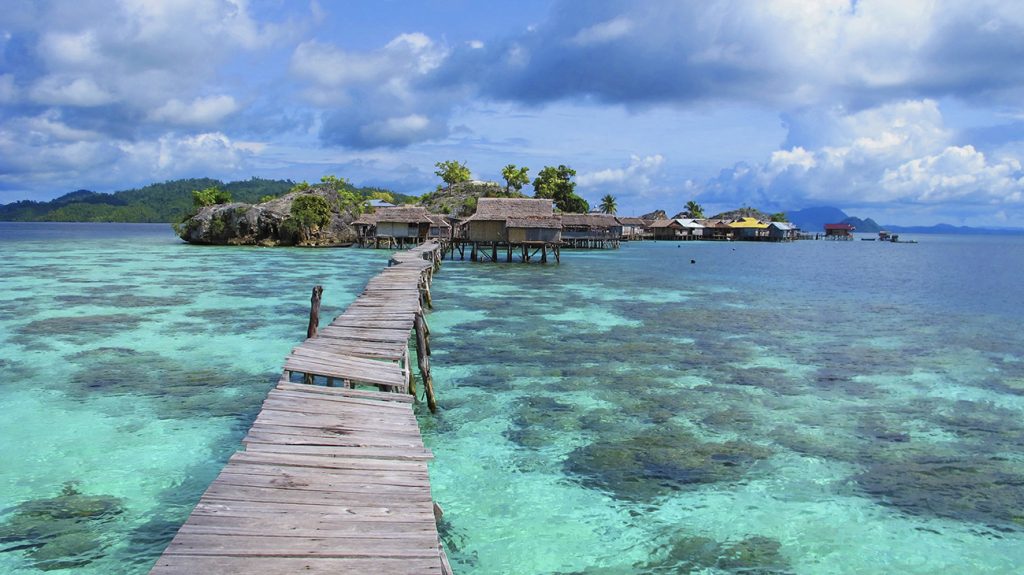 Sulawesi Island is famous due to it’s amazing underwater views. One of them is the Togean Islands. The islands are administratively located in Tojo Una-una District, Central Sulawesi. Often known as the name Togian Island or Togean Islands National Park. The Togean Islands are listed in the Indonesia-Philippines region’s Coral Triangle region. Coral Triangle is a triangular region of tropical marine waters that has more than 500 species of coral reefs. Coral Triangle area is the center of underwater biodiversity from all world biodiversity. As well as being the main conservation area in the world, which is under the auspices of WWF (World Wide Fund for Nature). 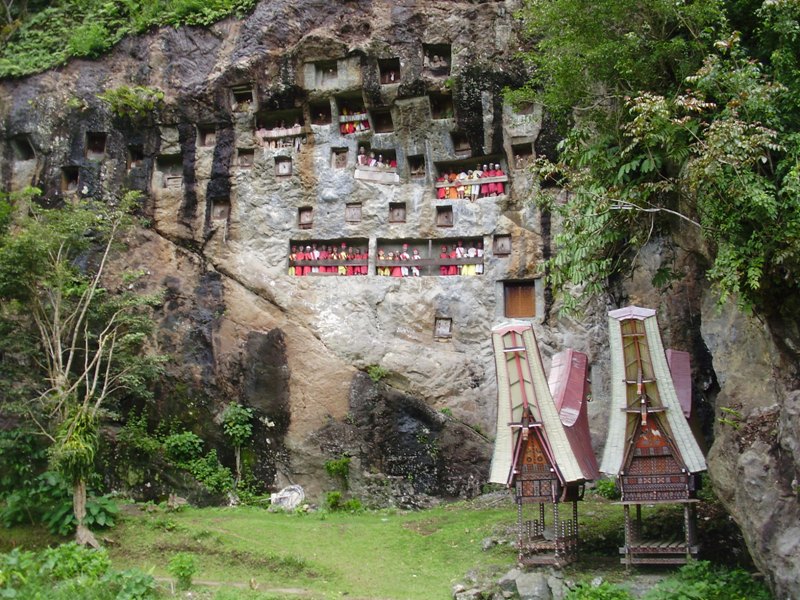 Tana Toraja is an indigenous ethnic group in the mountainous region of South Sulawesi, Indonesia. Their population is around 650,000 and some 450,000 people still live in the Regency of Tana Toraja (“Land of Toraja”). The word Toraja comes from the Bugis language, To Riaja, which means “people from the highlands”. Tana Toraja is very famous for their unique funeral rituals. Their burial sites are carved into rocky cliffs. Also their sharp roofed traditional house known as Tongkonan with various colors carved into the wood. 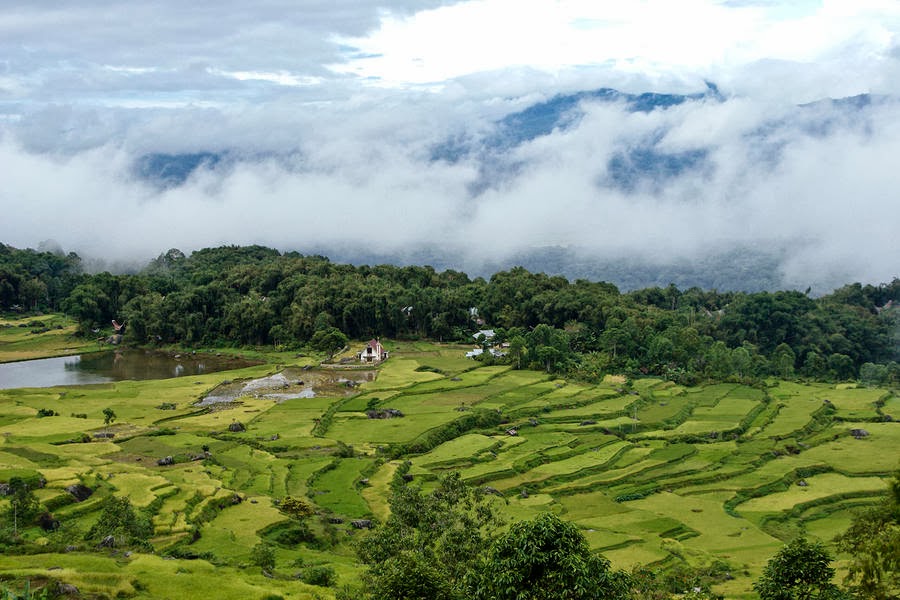 The beauty of Toraja is perfectly recorded in Batutumonga on the slopes of Mount Sesean which is the highest mountain in Tana Toraja. From that height, the mountains, clouds, sun, fog and trees present the beauty of a landscape that makes everyone feel peaceful. From Batutumonga, North Toraja, we can record the natural beauty of Tana Toraja, including the panorama of Rantepao City which is Toraja Downtown. Batutumonga is also full of magical power because it is home to ancient stone tombs. The beauty of the hill tops is more perfect with the presence of Tongkonan, a typical Toraja house.

What to see / do in Sulawesi

Our packages in Sulawesi