Tana Toraja (also referred to as Toraja) is a region in South Sulawesi, Indonesia. It is a landlocked regency and it is famous for the Torajan homes (Tongkonan) and traditional funeral ceremonies. The Toraja are an ethnic group indigenous to a mountainous region of South Sulawesi, Indonesia called Tana Toraja, which translates as “Land of the Toraja.” Before the 20th century, most Torajans lived in autonomous villages and the vast majority practiced animism, the belief in the existence of individual spirits that inhabit natural objects and phenomena. In effect, they were untouched by the outside world. 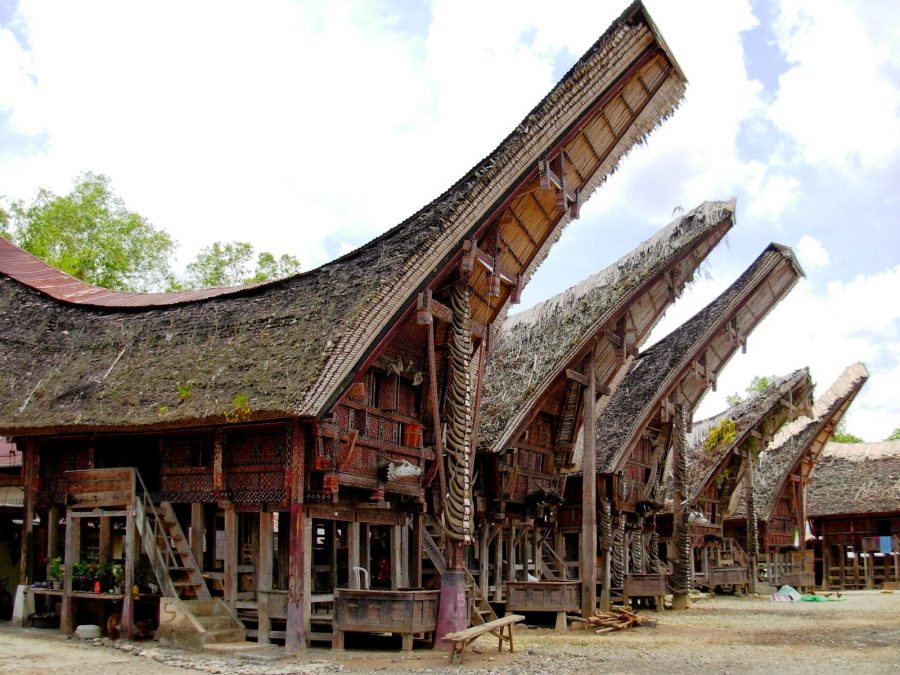 Tongkonan is a traditional house of Toraja people. The roof is curved like boat, consisting of bamboo structure (currently part tongkonan using zinc roof). The funeral ceremonies of Tana Toraja are among the most elaborate in the world. There is a season for the ceremonies, so the funerals are held weeks, months, or sometimes years after death. The body will be kept in the family home until funds are raised to hold an appropriate ceremony. Torajan funeral ceremonies are held during the dry season, from June to August so if you are here during funeral season it is something not to be missed. The funerals are held in stages, a big funeral has as many as three hundred buffalo sacrifices. The Torajans are a Christian minority (with a dash of animism), so pigs are also on the menu in this part of Indonesia. It is a very festive ceremony. 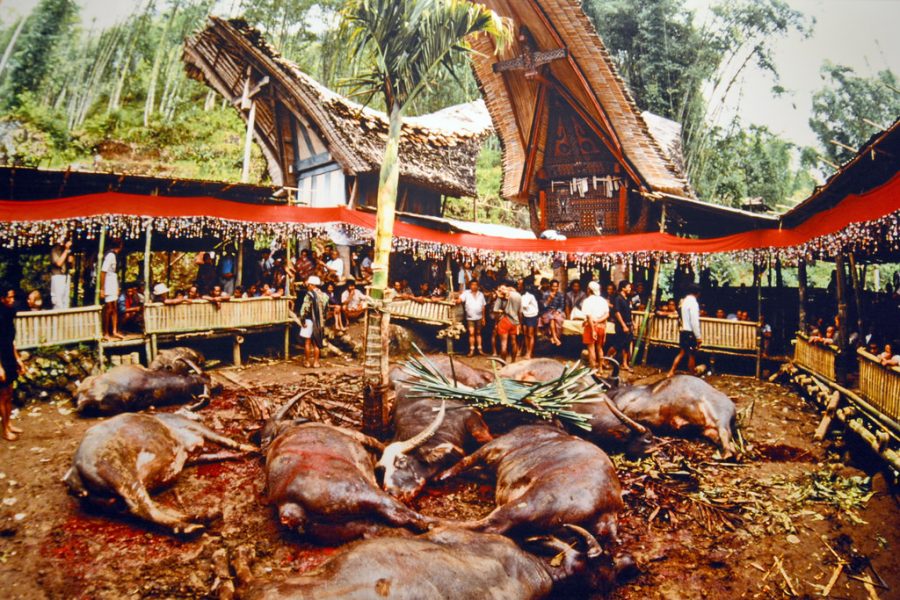 The combination of Tongkonan homes in the rice fields with the mountainous backdrop is a beautiful sight. The burial sites throughout the area makes it a good reason to drive around and enjoy the scenery. 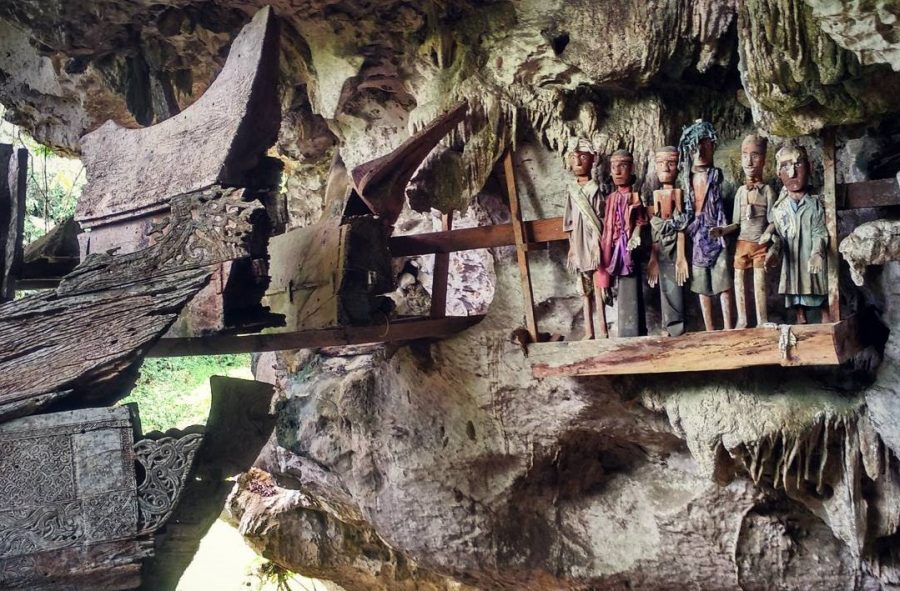 At Tampang Allo is the “natural grave” site, where coffins are stacked in crevices of the cave. Next to the coffins are carved wooden figures. There are also piles of bones throughout the cave. Meanwhile at Kembira is the burial tree for babies. The little niches carved into the tree are the saddest of all the burial sites.