Bena Village is a megalithic village located in Aimere District, Ngada Regency, Flores NTT. Bena can be reached by using a rental vehicle from Bajawa about 19 km to the south of Bajawa.

From Labuan Bajo, Bajawa can be reached around 7-8 hours via road trip. It is the most famous and also most visited village in the Ngada District. With its impressive stone formations and ancestral shrines, as well as traditional houses, Bena has turned into a signpost for Ngada culture.

The location of Bena Village which is on the top of a hill with Mount Inerie as a background really makes the atmosphere of this village beautiful and exotic. 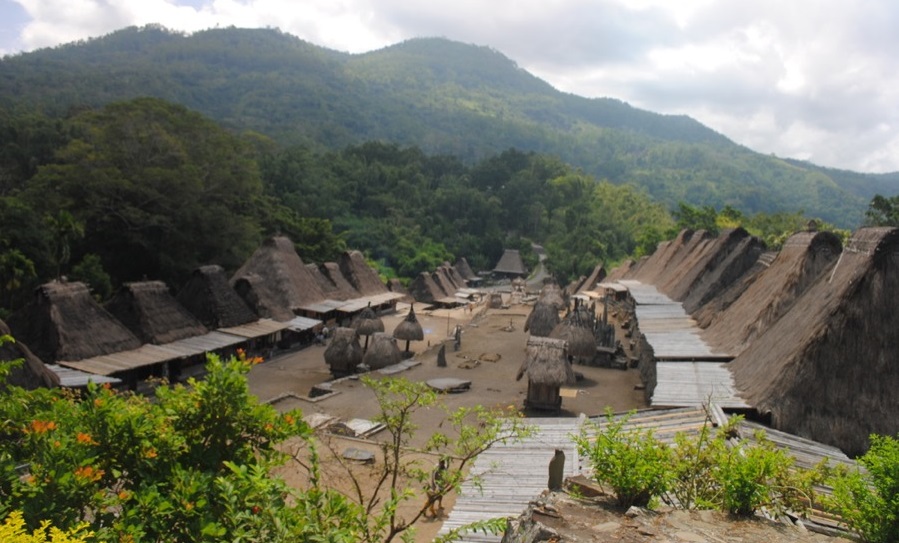 Its existence at the bottom of the mountain is a characteristic of the old people who believed and worshiped the mountain as the place of the Gods. The people of Bena believed that the existence of the Yeta God who had a throne on Mount Inerie would protect their village.

The arrangement of houses in Bena looks very unique because its circular shape forms the letter U and each house also has a roof decoration that is different from each other based on the lineage that in power and lives in the house.

In the middle of the village there is usually a building called by the local community of Bena, Nga’du and Bhaga. Both are symbols of the village ancestors who were in the yard, kisanatapat, where traditional ceremonies were held to communicate with their ancestors.