Baliem Valley, inhabited by the Dani Tribe, is the most fertile part of the highland covering the west of the New Guinea Island – Papua (Irian Jaya). Baliem Valley lies about 1800 meters above the sea level and it is surrounded by a crest of mountains, some of which reach up to 4500 meters. The Baliem River full of fishes flows through the valley. The area covered by the Baliem Walley is not large, roughly 60×30 km. 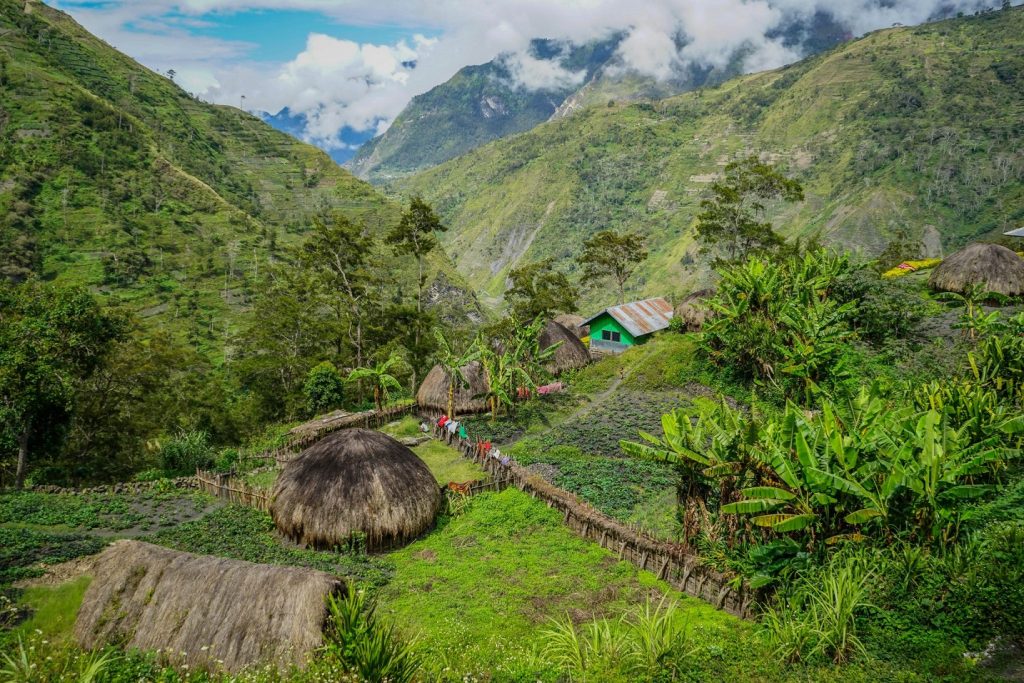 Trekking in the Baliem Valley, as used here, means multi-day, village-to-village hiking along traditional footpaths established and used by local people in the Baliem Valley. There is no electricity, no phones, no commercial development and no combustion engines.

Baliem Valley and the Dani Tribe waited a long time to be discovered. Papuan highland belongs to one the most recently explored New Guinea areas. The high mountains in west Papua (Irian Jaya) were generally considered as uninhabited.

Dani people are an indigenous tribe, which dwelled in the Baliem Valley in the time of its discovery. They belong to some of the “most decorative” tribes in the West Papua. 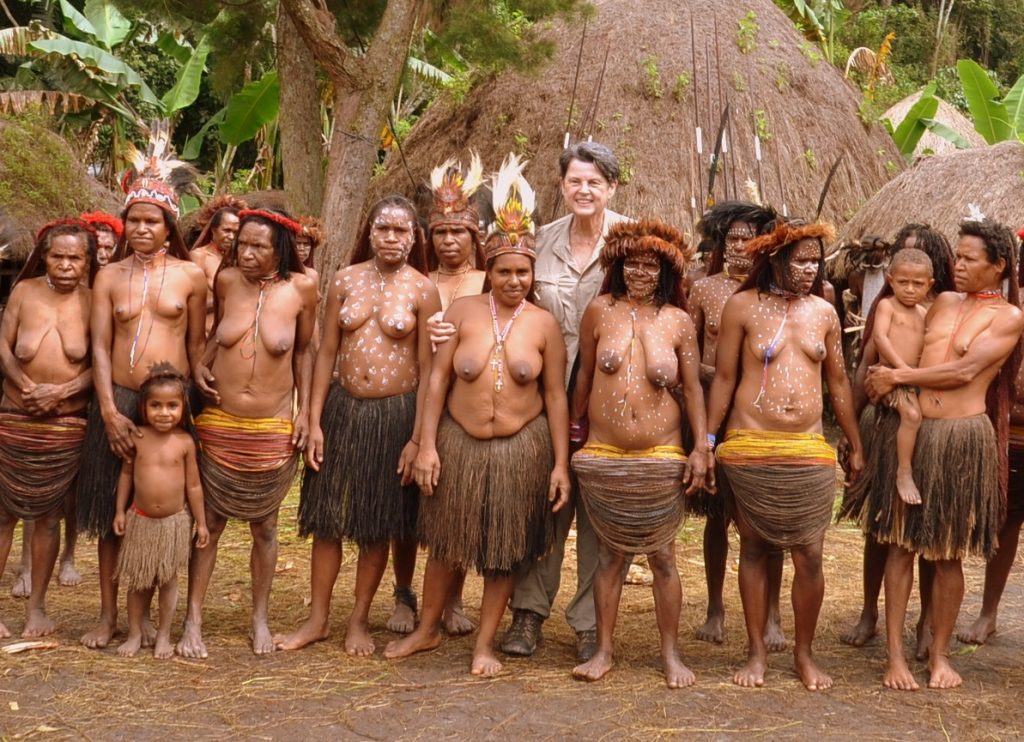 Despite the fact that Dani were discovered quite late – in 1938, they became one of the best known tribes in New Guinea. Dani occupied one of the most fertile parts of Papua. As a result they often had to fight for their territory. There were also frequent wars among the Danis themselves. They were the most dreaded head-hunting tribe on the island, which is even more remarkable if we consider that they did not eat their enemies, like the majority of other Papuan tribes did.

Dani build round or oval huts, and their villages are enclosed by fences. They are farmers, and their small fields are distinctly bordered.

The main reason that the Dani tribe is so well known, is that the Baliem Valley where they live, is relatively easy to reach these days. Wamena was a point of departure for many expeditions. The Dani Villages are visited by virtually every tourist who sets out in West Papua. Some villages even show their original customs and hold mock wars. 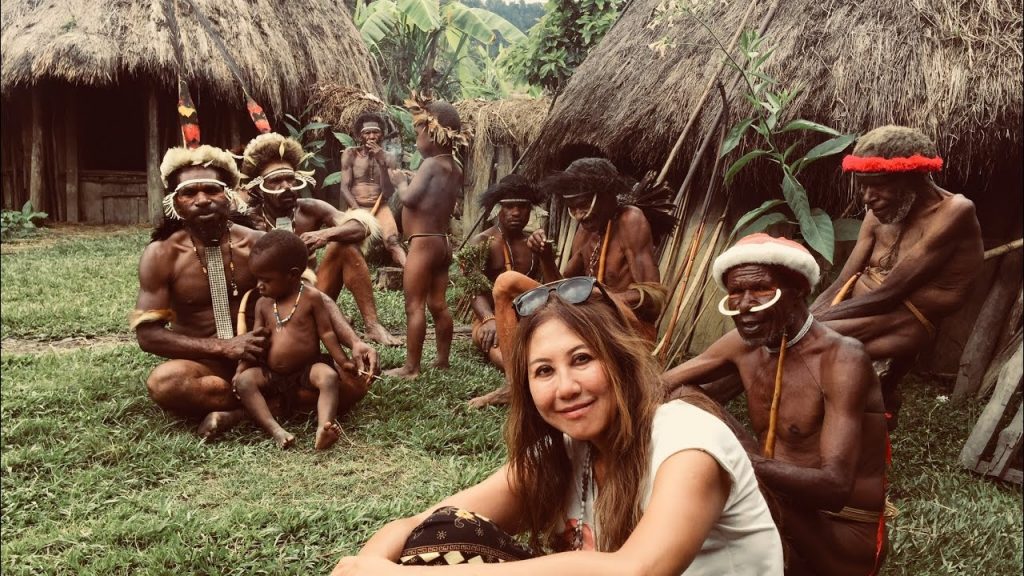 Another thing which brought fame to the Dani Tribe are the several hundred years old ”smoked” mummies of famous tribesmen. Two of them can be seen in the Baliem Valley – in Akima and Jiwika Villages.

It’s thought that until 1970, the mysterious Korowai Tribe of South Eastern Papua, Indonesian New Guinea, were unaware of the existence of any other people on earth.

Living as remotely as they do – perched 140 feet up into the canopy of the least explored jungles in the world – it’s quite plausible. 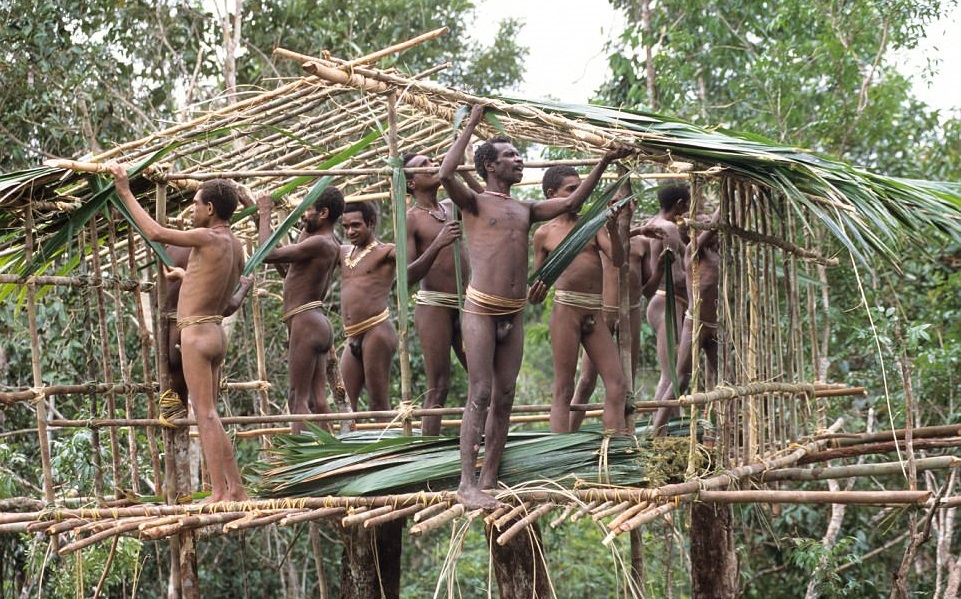 The tribe are known for their distinctive tree houses that tower over the jungle on spindly stilts, originally designed to avoid attacks from rival clans intent on capturing people for slavery or even cannibalism.

The Korowai adhere to age old tradition, sharing myths, folktales, sayings and charms to this day and believe that their dead ancestors can return to land of the living at any time.

Some clans are said to fear Westerners, having never seen them, and outsiders are called ‘ ghost demons’!