With the Dayak history of headhunting and animism, few places on earth are as wrapped in such rugged mysticism. Indeed very little has changed in the last century: swidden (slash and burn) farming and ancient customs are still observed and the shaman still holds sway in most villages, despite the presence of mobile phones and satellite TV.

A homestay will most likely include a tour of the longhouse, where as many as thirty families used to live together under the same roof. Nowadays, villagers often have their own, separate houses, but the longhouse is still the nucleus of the village, where ceremonies and celebrations take place and prayers are made at the spirit altar. 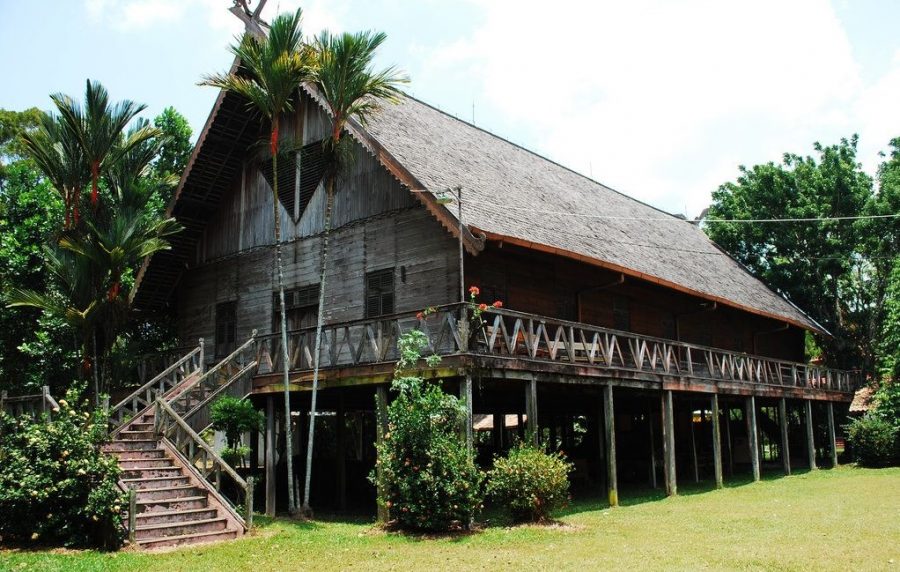 Who are the Dayaks?

There are the Kayan – known in Indonesian Kalimantan as Bahau – and the Kenyah and Bidayuh of Malaysian Sarawak and Kalimantan; the Iban (or ‘Sea Dayak’) of Sarawak far up in the north of the island, and the Ngaju of central and southern Kalimantan. Current estimates put the number of Bornean Dayak people at just over 2 million. 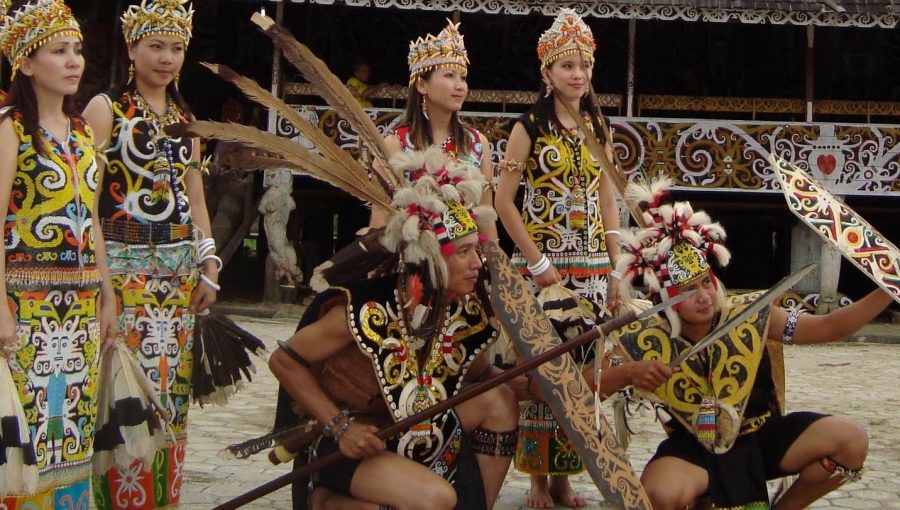 What binds the Dayak tribes together is a collective belief in Semangat, a supernatural power that dictates the lives of humans, animals and plants. This invisible force is present everywhere: from cut toe-nails to strands of hair, to footprints left in the mud, in names, shadows and even in the water that a human or animal has bathed in. It is also present in the souls of those who have passed away – and why ancestor-worship is so pivotal to Dayak culture.

The Dayaks believed that their enemies’ heads held special supernatural powers that were needed to complete complex rituals – from guaranteeing a successful rice-harvest to planting the foundations of a new family longhouse.

Some traditions change – but others die hard. In between bygone head-hunting forays, and inadvertently spearheading the green revolution, the Dayak people are an intensely community-driven group who rate family and kinship above all else. Nowhere is this more evident than in their prominent, characteristic wooden longhouse – some of which are more than 150 meters long, raised on posts and often accommodate well over 100 families.

How To Meet the Dayaks?

Take a journey down the Mahakam River in the footsteps of some of the world’s greatest explorers – and meet Kalimantan’s Benuaq Dayaks face to face. Stretch out in a longhouse. Watch the river run by. Over a cup of sweet tea, you’ll meet elderly Benuaq women sporting pierced earlobes stretched with heavy gold or brass rings. Chat with other elders through an interpreter as they flaunt their trimmed earlobes as a sign of conversion to Christianity. Tattoos on younger women are no passing fad either: elegant motifs of exotic birds, snakes and plants are the marks of beauty, bravery and patience among the Benuaq.

Have a look at our package to have the chance to meet the Dayak !