An indigenous, shaman and semi-nomadic people, the Mentawai Tribe live in the archipelago of the same name, off Sumatra, Indonesia. Long driven out by the dictatorship, mocked for their loincloths and their way of life, those nicknamed “Men-Flowers” yet fascinate foreigners around the world.

The Mentawai tribe still maintains the lifestyle and traditions passed down from their ancestors from thousands of years ago. They live in houses locally called ‘uma’, made from wooden scaffolds which house contains several families each. 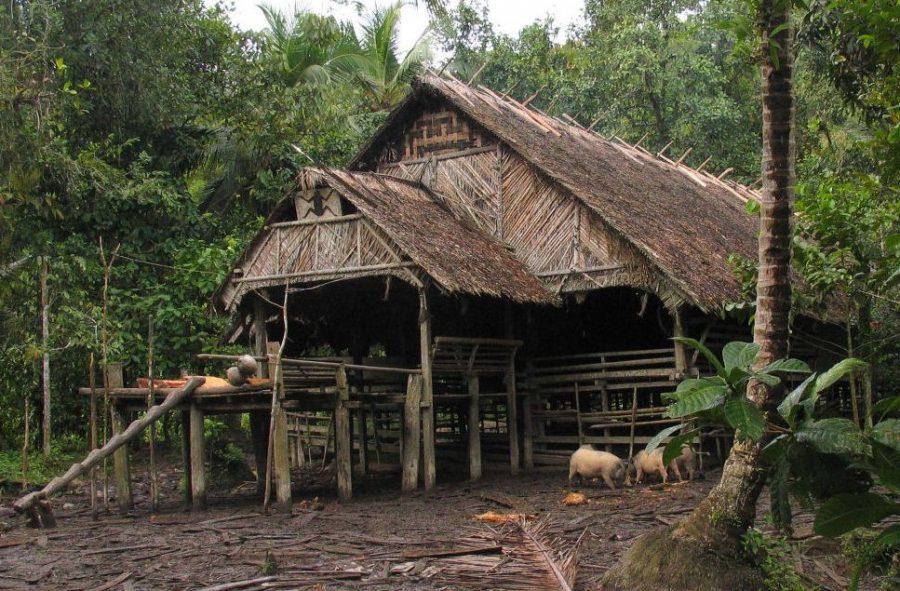 Mentawai people are the native people of the Mentawai Islands, West Sumatra province, Indonesia. They live a Semi-nomadic  lifestyle in the coastal and rainforest environments of the islands. The Mentawai population is estimated to be about 64,000. The people are characterised by their heavy spirituality, body art and their tendency to sharpen their teeth, a practice they feel makes one beautiful.

At Siberut, there are at least 30,000 people of Mentawai Tribe, who live isolated from the modern community. The Mentawai Tribe is said to have migrated to the Mentawai Islands from Nias Island to the north, living an isolated life here for centuries until been “discovered” by the Dutch in 1621. The Mentawai language belongs to the Austronesian language family. 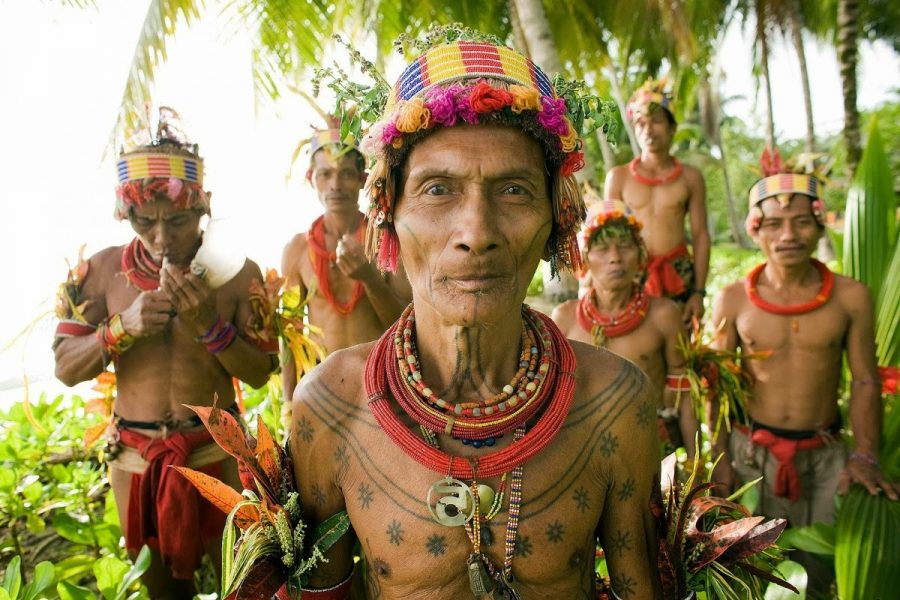 The tribe has its own language, culture, customs and some still profess a belief in animism. Mentawai people are very humble and simple appearance, where Mentawai men wear only a loincloth made from the bark of the gum tree, while women only wear a simple skirt made of palm or banana leaves.

Besides clothing, they also recognize a certain “timeless clothing”; their proud and characteristic Mentawai tribal tattoo, which sometimes entails tattooing the whole body in the traditional way, following a variety of tribal rituals. It is common to see Mentawai people covered from head to toe in tattoos. Their main food is sago and they raise pigs and hunt monkeys for their daily food.