Other than the seven wonders of the world, you must also have heard of World Heritage Sites led by the United Nations Educational, Scientific and Cultural Organization (UNESCO). The World Heritage Site is a place that reflects a culture and the nature, as well as those objects that are important for human existence and become an important legacy for the next generation.

The UNESCO World Heritage Site has three main categories which are cultural sites, natural sites and mixed sites between the two. Places that fall into those categories can be national parks, forests, mountains, lakes, islands, deserts, to a rural and urban area. 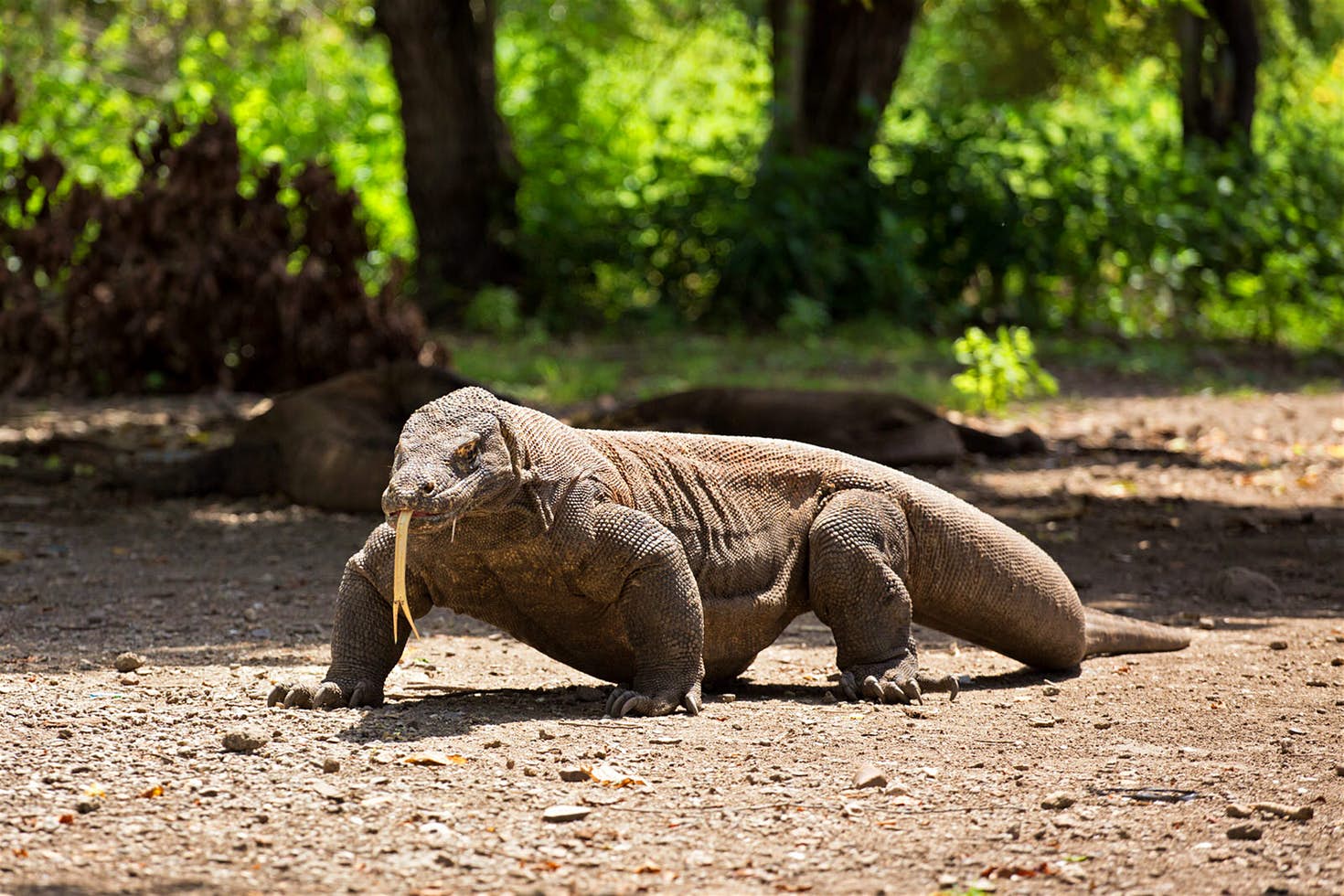 Komodo National Park was designated as a UNESCO world heritage site in 1991. This park has an area of 1.773 square kilometers covering several islands, including Komodo Island, Padar Island, Rinca Island as well as 26 other small islands.

The national park which was founded in 1980 became a preservation place for Komodo Dragons which is the largest meat-eating lizard in the world, as well as various other animals, such as 32 mammal species, 128 bird species, 37 reptile species and 253 reef-forming coral species with around 1,000 fish species.

In 2012 Indonesia had one more UNESCO World Heritage Site located in Bali. It is the Subak System which is one of the most famous agricultural areas in the world. Subak is a community organization that specifically regulates the irrigation system of rice fields used to grow rice in Bali.

Subak generally has a temple called Pura Uluncarik or Pura Bedugul which was specifically built for the goddess of prosperity and fertility, Dewi Sri. This Subak system has even been studied by Clifford Geertz, an anthropologist from the United States. As a result at the first UNESCO session in Saint Petersburg, Russia in 2012, the Subak System was recognized as a World Heritage Site.

Puppet is a native Indonesian art performance which was growing rapidly on Java and Bali. Puppet show is also popular in several regions such as Sumatra and the Malay Peninsula influenced by Javanese and Hindu cultures.

A puppet show is usually performed by a puppeteer (Dalang) who plays various characters (made of cow leather) called puppets. During the puppet show, the Dalang is also assisted by traditional musicians who accompany the story.

In 2003, UNESCO designated puppets as the most popular shadow puppet show from Indonesia, a priceless world heritage in the art of narration (Masterpiece of Oral and Intangible Heritage of Humanity). 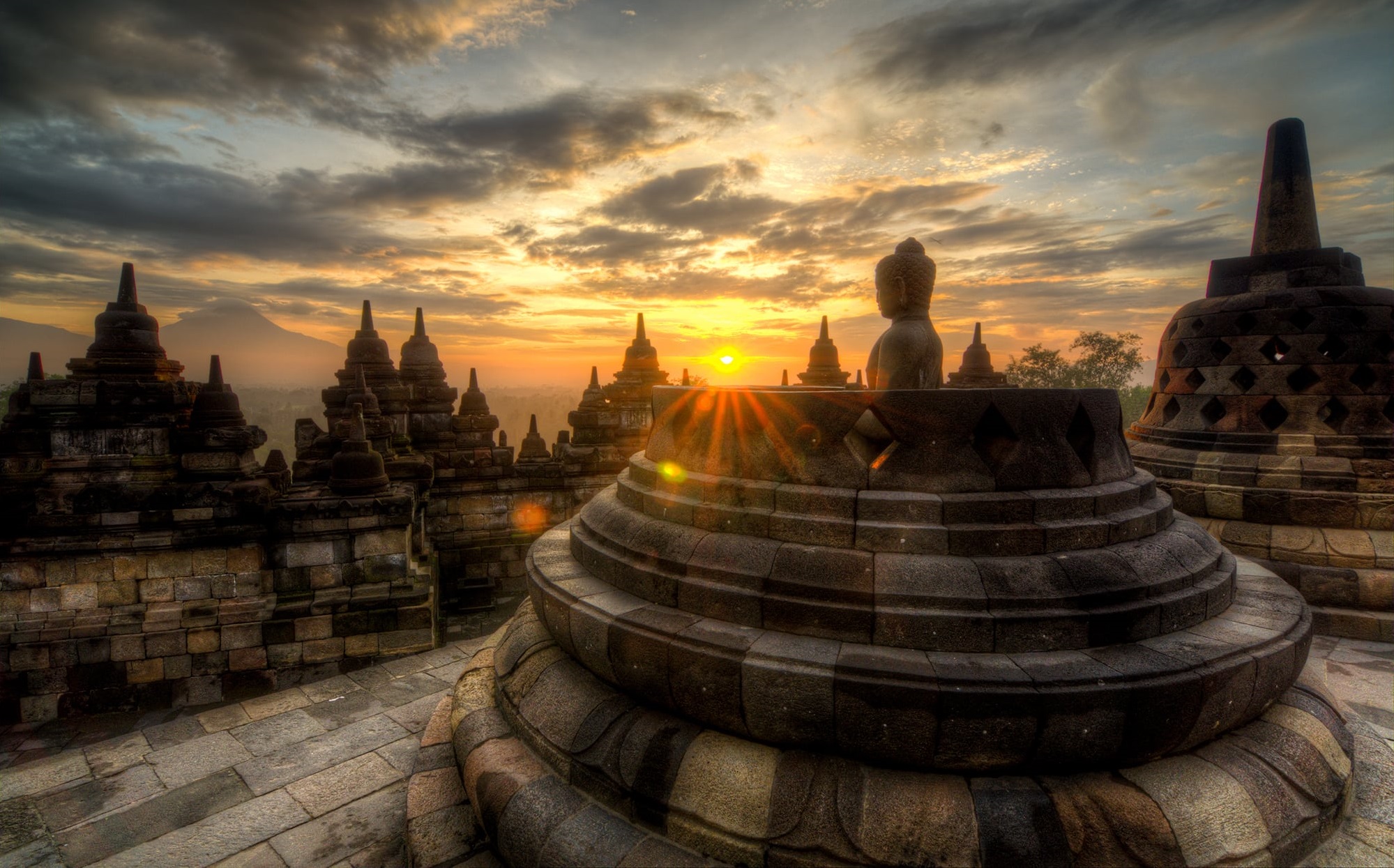 Borobudur was designated a World Heritage Site by UNESCO in 1991. This largest Buddhist temple in the world stands very gracefully and firmly on a hill surrounded by mountains. No wonder Borobudur, not only presents historical and cultural tourism, but also impressive natural scenery.

This temple with 1460 reliefs and 504 stupas is one of the best and most popular tourist destination in Indonesia. Before being named as the World Heritage Site, it underwent a major renovation by the Indonesian government and UNESCO in 1975 to 1982. It was only later in 1991 that the Borobudur Temple complex was officially recorded as a UNESCO World Heritage Site in cultural criteria that represented the most creative human work. 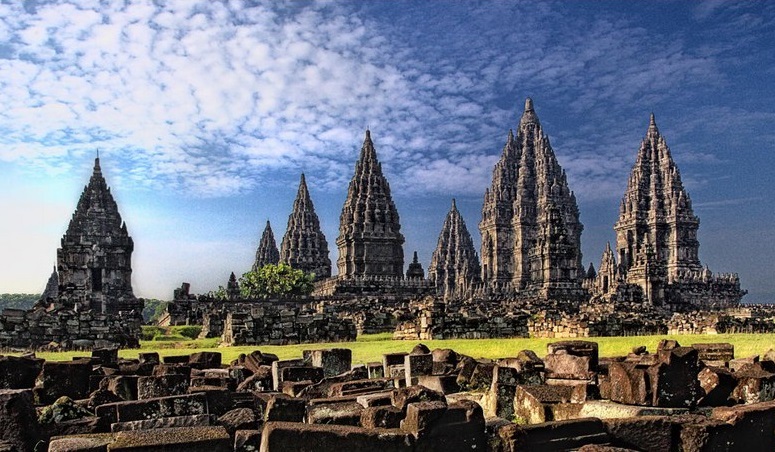 Just like Borobudur, Prambanan Temple was also confirmed as UNESCO World Heritage Site in 1991. However, unlike Borobudur, Prambanan is a temple inherited from Hinduism in Indonesia. Indeed, Prambanan is the largest Hindu Temple in Indonesia as well as the most beautiful temple in Southeast Asia. The architecture of this building is slender and tall in accordance with Hindu architecture in general.

The temple which was built in the 9th century is dedicated to three important Gods (Tri Murti) in Hinduism namely Brahma, Wisnu and Siwa. In the Prambanan temple complex there are many temples, but the three largest temple buildings are them. There are also many other temples around Prambanan, such as Ratu Boko Temple, Sewu Temple, Lumbung Temple and Bubrah Temple. 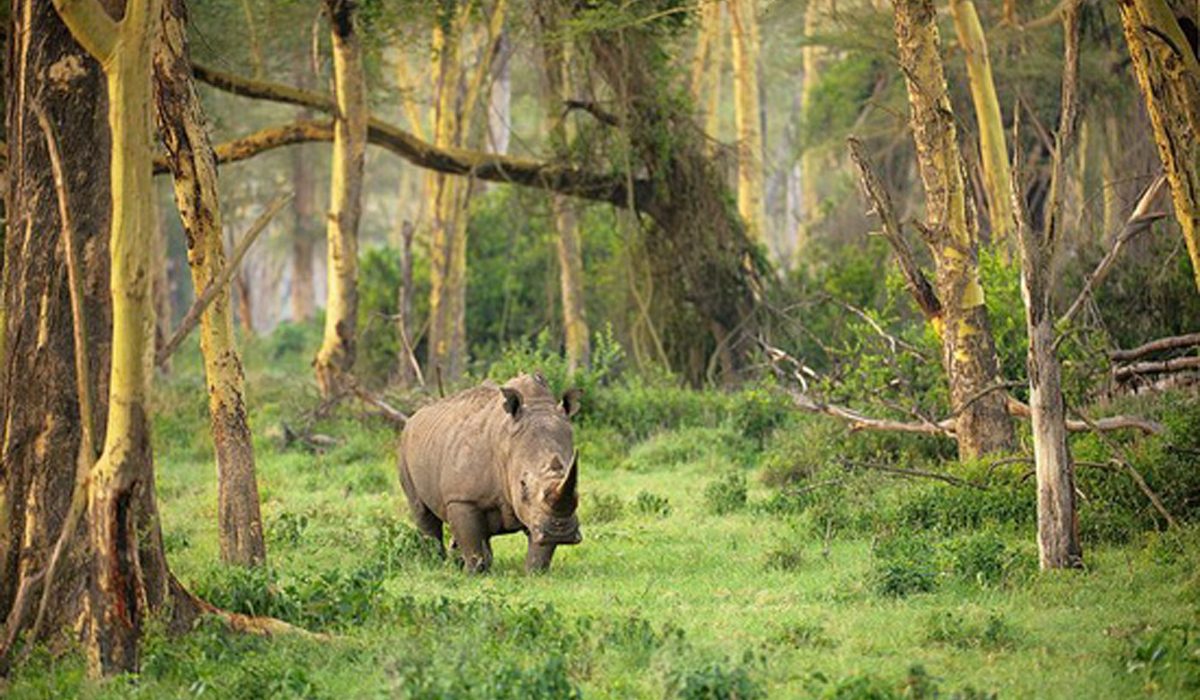 Ujung Kulon National Park is a national park provides protection to the entire set of ecosytem such as flora, fauna as well as the landscape, located on the western tip of Java Island. Ujung Kulon itself has been designated as a World Heritage Site by UNESCO since 1991. The area of Ujung Kulon National Park covers extensive protected forests and is the habitat of rare animals, rhinos, which the population is around 50 of them now. Sangiran Early Man Site has been a UNESCO World Heritage Site since 1996. With the recognition of UNESCO, the archaeological site trade which at that time was in full swing was immediately stopped.

Sangiran is a archaeological site which is one of the important places in the world to study ancient human fossils. This site is located in Sangiran, Central Java. The museum contains objects and fossils related to ancient humans.

Sangiran was first discovered by Eugene Dubois in 1883 and became the site of discovery of various ancient human fossils, such as Meganthropus, Phitecanthropus Erectus and Homo Erectus, also known as Java Man. 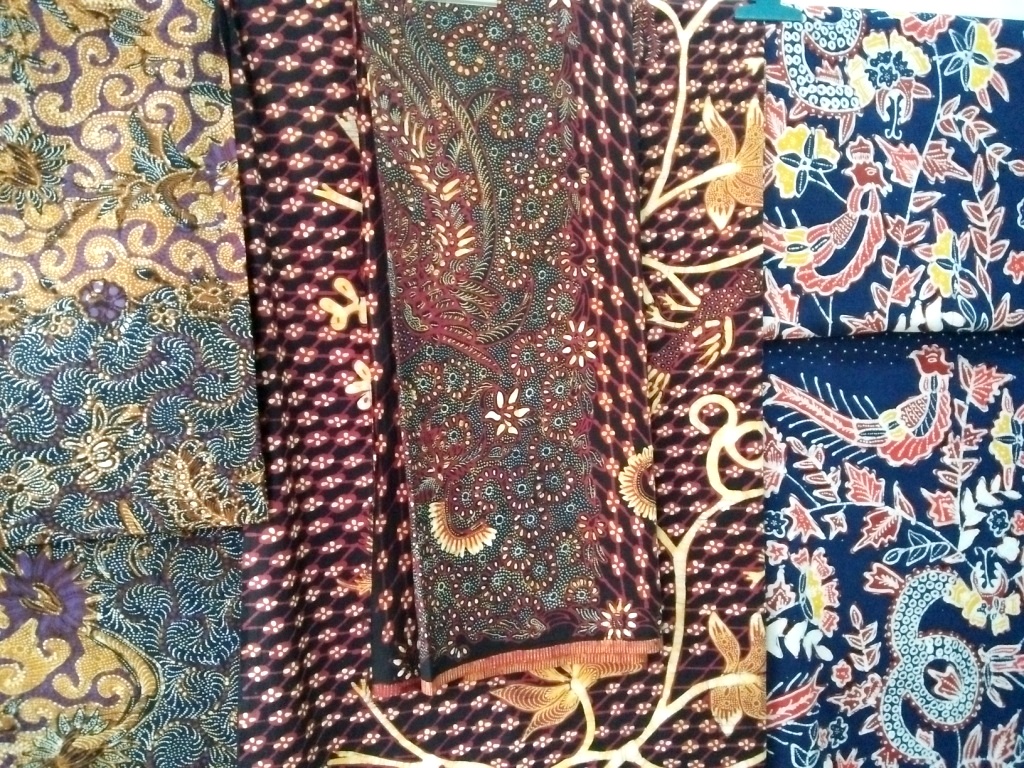 Batik is a cultural heritage of Indonesia that has a high value and blend of art, comprise with symbols and philosophical meanings reveal the way of thinking of the people making it. Batik is a craft that has been part of Indonesian culture (especially Java) for a long time.

The development of batik in Indonesia soared on October 2, 2009 after UNESCO established Indonesian Batik as the Masterpiece of The Oral and Intangible Heritage of Humanity. It ranked as one of the world heritage sites because of the unique way of making it, which is still primitive using simple equipment and a simple material of “malam” (wax). 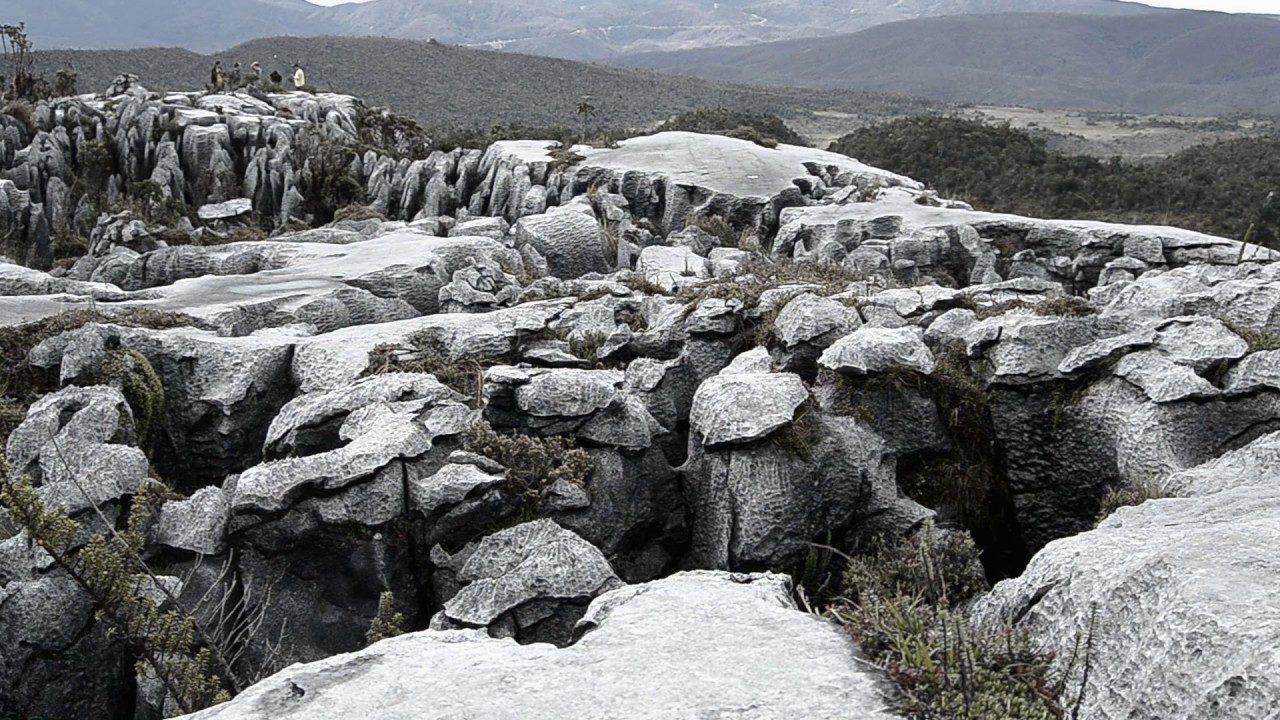 Lorentz National Park is a national park located on the eastern tip of Indonesia, Papua Province. In 1999 Lorentz was designated as UNESCO World Heritage Site. It has an area of 2.35 million hectares and become the largest conservation area in Southeast Asia. Because of its massive size, there are still many areas that have not been explored and mapped.

Lorentz National Park is also one of three regions in the world that have glaciers in tropical area. Inside the park, there is Mount Cartenz with Puncak Jaya which is the 9th highest mountain in the world.

Lorentz is also known as one of the most diverse ecological parks in the world because there are around 630 species of birds, 123 species of mammals, and hundreds of species of fish. Other than that, in this national park area there is also an abundant supply of minerals. 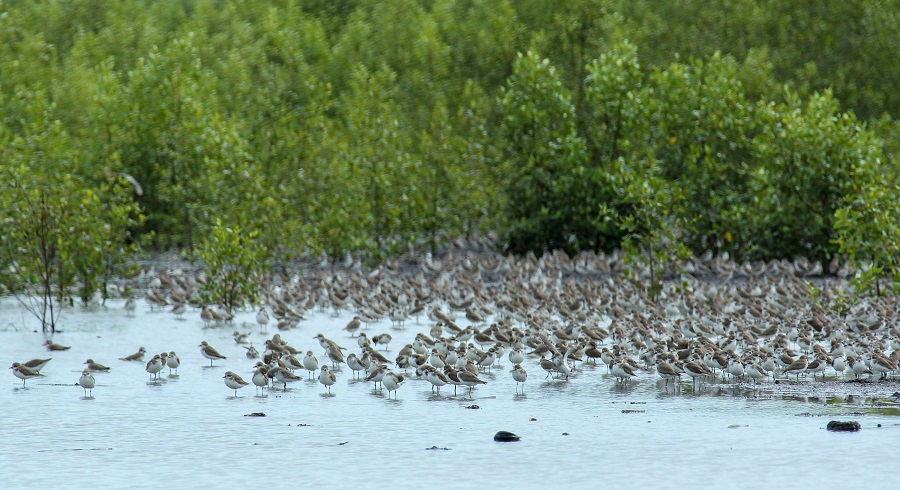 Other tropical rainforests on Sumatra Island which are also included in the list of UNESCO world heritage sites are Sembilang National Park, located in Musi Banyuasin Regency, South Sumatra. It was designated as world heritage site in 2004. The name of this park is taken from a species of fish, Sembilang fish, that is found many in the area.

Sembilang covers around 2,051 km² area includes swamp peat forests, mangrove forests and mudflats. The condition of this national park is ideal for migrating birds from Asia and Europe which usually occur from October to December. During the bird migration season, this park is usually crowded with tourists and photographers who want to capture thousands of migratory birds here. 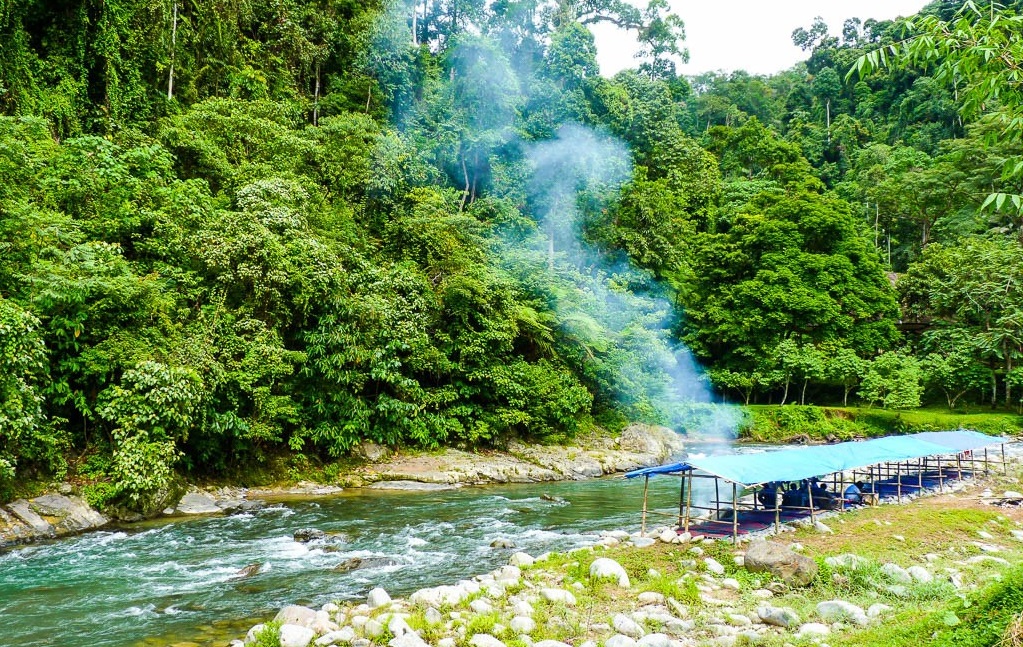 Gunung Leuser National Park entered the UNESCO world heritage site in 2004. This national park is in two provinces, namely Aceh and North Sumatra. The name of the national park which has an area reaching 1,094,692 ha comes from Mount Leuser which is included in this national park area.

Most of this national park area is tropical rain forest with various animals protected living in it, such as Sumatran orangutans, Sumatran rhinos, Sumatran elephants, Sumatran tigers, hornbills, sun bears, Siamang and Ajag. This national park has a function as a place of research, conservation as well as a tourist place. People can visit to see protected animals up close. 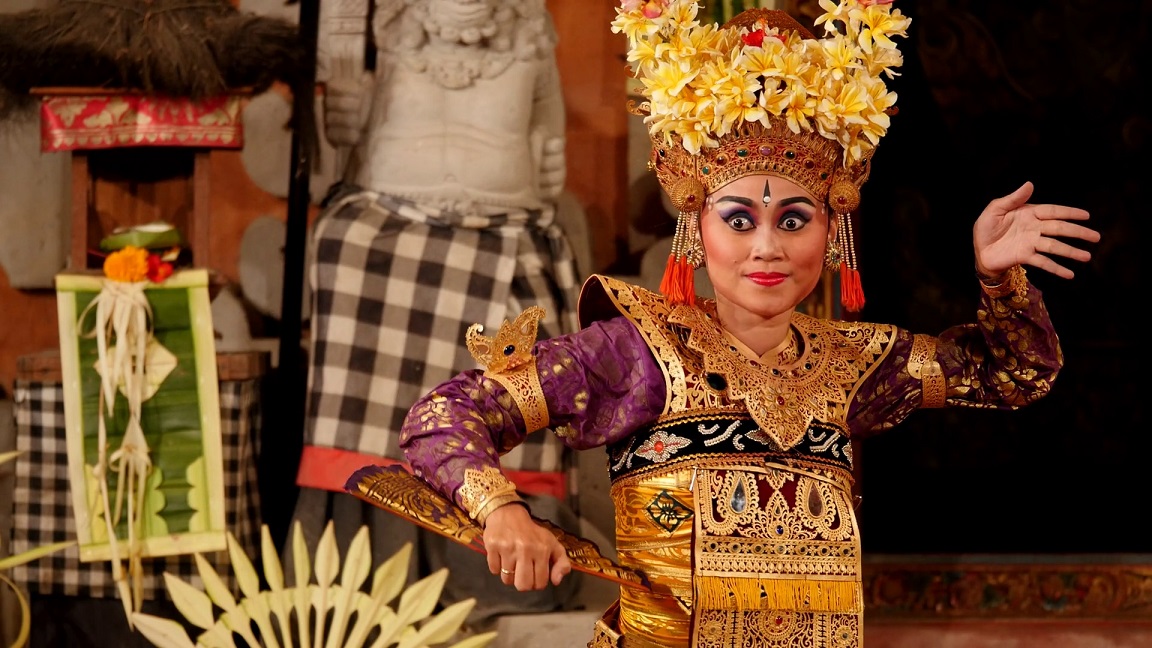 Bali has never been able to get away with arts and culture. Traditional Balinese Dance that characterize Balinese culture were included in the UNESCO world heritage site in 2015. There are three reason for the acknowledgment. First because of the sacred, second because of the virtuous and the third because the dance can bring positive impact to the audience. 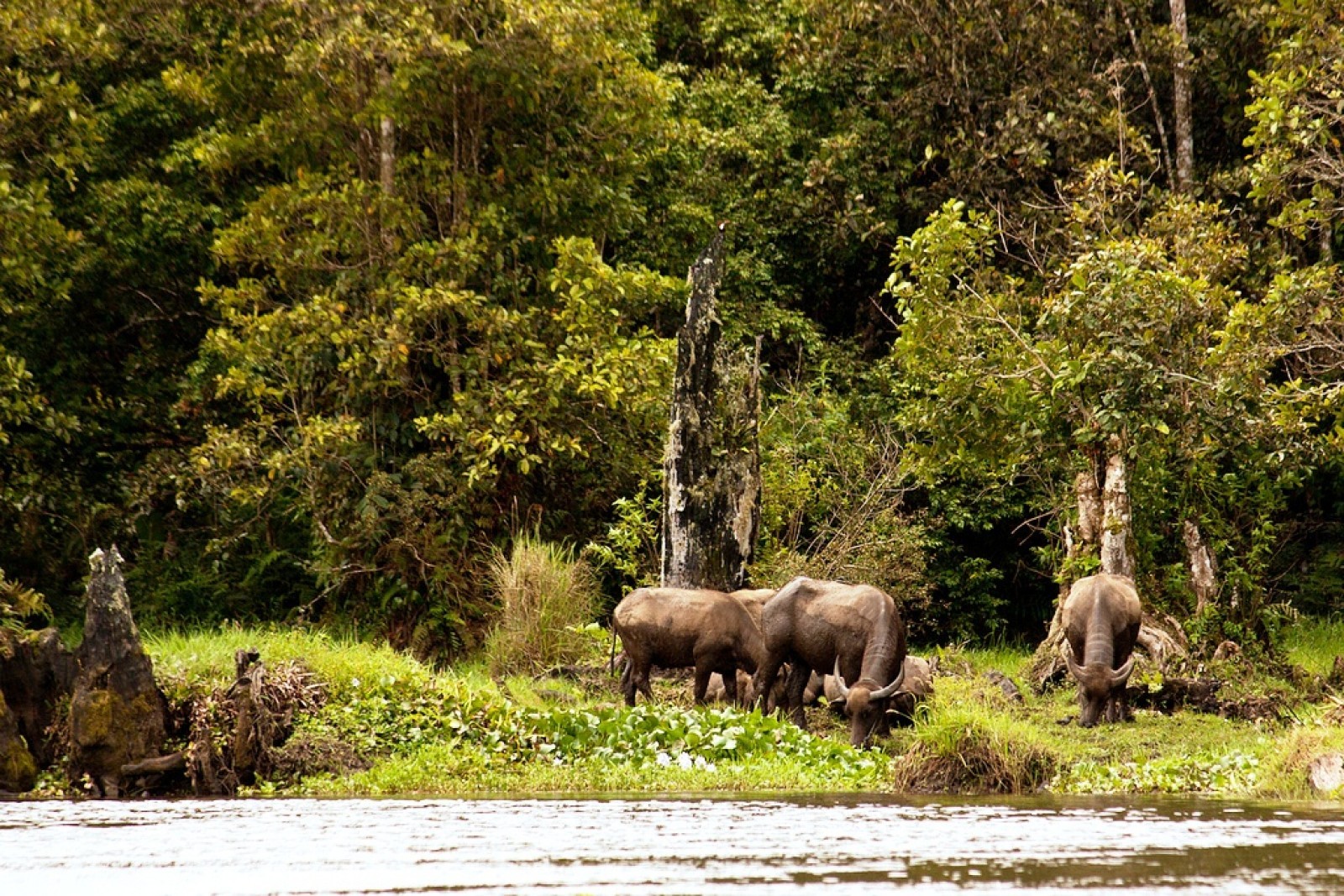 The national park area is very diverse, ranging from mountains with thick tropical rainforests, caldera lakes, caves and several hot springs. Mount Kerinci is one of the favorite mountain in Indonesia to climb. There is also the Danau Gunung Tujuh (Seven Mountain Lake) which is the highest lake in Southeast Asia and surrounded by seven mountains. In this national park tourist can also found rare flora such as Rafflesia Arnoldi and Titan Arum flowers which are the largest and highest flowers in the world. 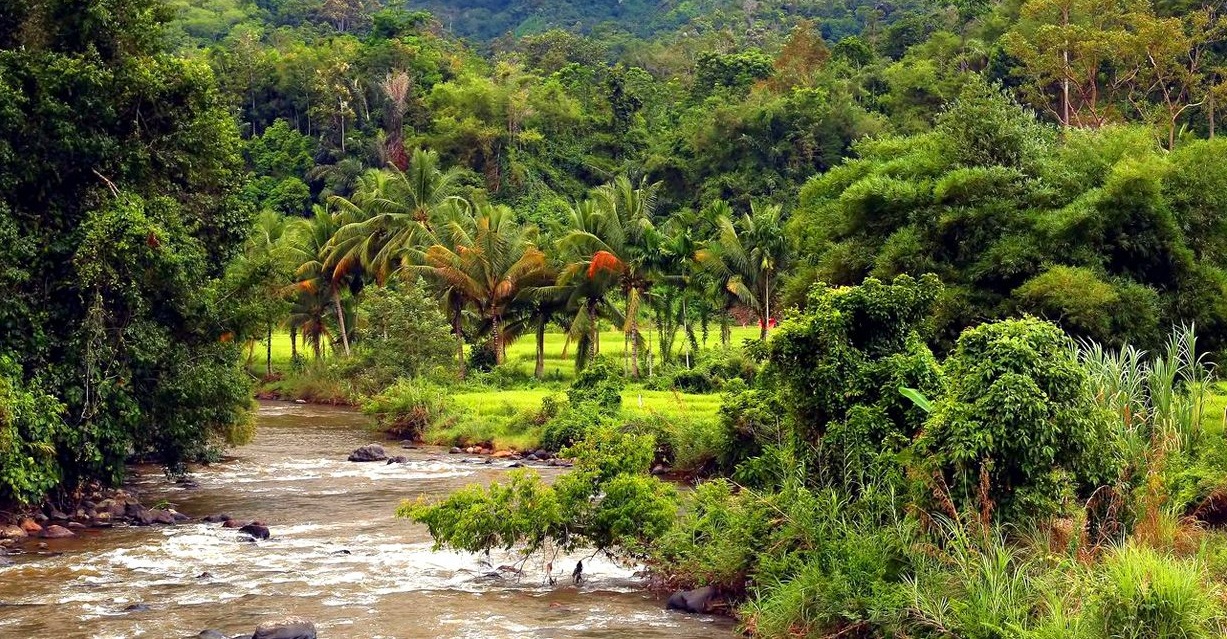 Bukit Barisan Selatan National Park is home to three of the rarest and charismatic animals which are rhinos, elephants and Sumatran tigers. This national park is one of several forest areas that are important for tiger conservation in Southeast Asia and home to half the population of the Sumatran rhinoceros and a quarter of the elephant population, making it an important conservation area in the world.

Bukit Barisan Selatan National Park covers an area of ​​356,800 hectares and is included in the administrative areas of Lampung and Bengkulu Provinces. Various other species can be found in this region and some are Sumatran endemic.