The Unesco–listed Gunung Leuser National Park as one of the world’s most important and biologically diverse conservation areas. It is often described as a complete ecosystem laboratory because of the range of forest and species types.

This is the place for the real jungle experience.

Within the park’s boundaries live some of the planet’s most endangered and exotic species: tigers, rhinoceros, elephants and orangutans. Although your chances of seeing these celebrity animals are remote, you have a reasonable chance of seeing orangutans and you can be sure of encountering plenty of other primates. The most common is the white-breasted Thomas leaf monkey, which sports a brilliant, crested punk hairdo.

Covering up to 7927 km² and straddling the border of North Sumatra and Aceh provinces it is one of the last places on earth, where you can see the critically endangered orangutans in the wild. Together with Bukit Barisan Selatan and Kerinci Seblat National Parks, it is a Unesco World Heritage Site (since 2004), a Tropical Rainforest Heritage of Sumatra.

The park area reaches up to 3,404m to the peak of Gunung Leuser which gave the area its name and protects a wide range of eco-systems. There are river systems, volcanoes and lakes. This rainforest is immensely biodiverse, hosting approximately 700 different species of animals – more than 175 mammals, 320 birds, 190 reptiles and amphibians. Because of the great differences in altitude and the diversity in soil, the Gunung Leuser National Park has also an enormous wealth of plant species. So 45% of all recorded plant species in the West Indo-Malayan region are found in this area. The flora contains approximately 10.000 plant species, including the spectacular Rafflesia Arnoldi and Amorphophallus titanum, the biggest and the highest flower in the world. 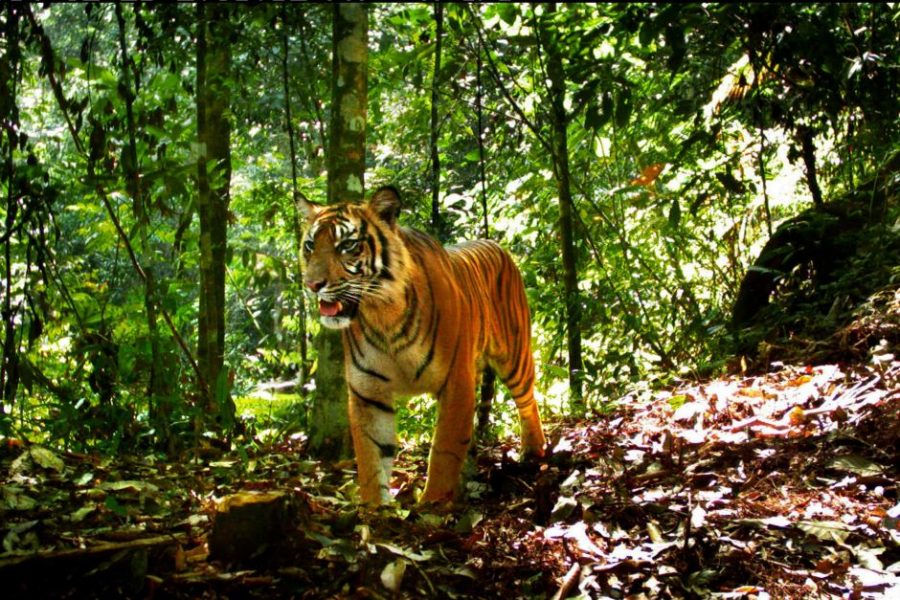 If you are really lucky, but since there are very few still alive it is, very improbable, you will encounter the Sumatran Tiger or the Sumatran Rhinoceros during a long expedition.