The word batik is thought to be derived from the word ‘ambatik’ which translated means ‘a cloth with little dots’. There is nowhere in the world where the art of batik has been developed to the highest standards as in the island of Java, Indonesia.

It is not known when the batik was first made but the traditional skills were particularly well developed over hundreds of years in Central Java around Yogyakarta and Solo under the patronage of the Sultan and his court.

Although there are thousands of different batik designs, particular designs have traditionally been associated with traditional festivals and specific religious ceremonies. Previously, it was thought that certain cloth had mystical powers to ward off ill fortune, while other pieces could bring good luck.

Creating batik is a very time consuming craft. To meet growing demands and make the fabric more affordable to the masses, in the mid-19th century the . cap. (copper stamp – pronounced chop) was developed. This invention enabled a higher volume of batik production compared to the traditional method which entailed the tedious application of wax by hand with a canting. 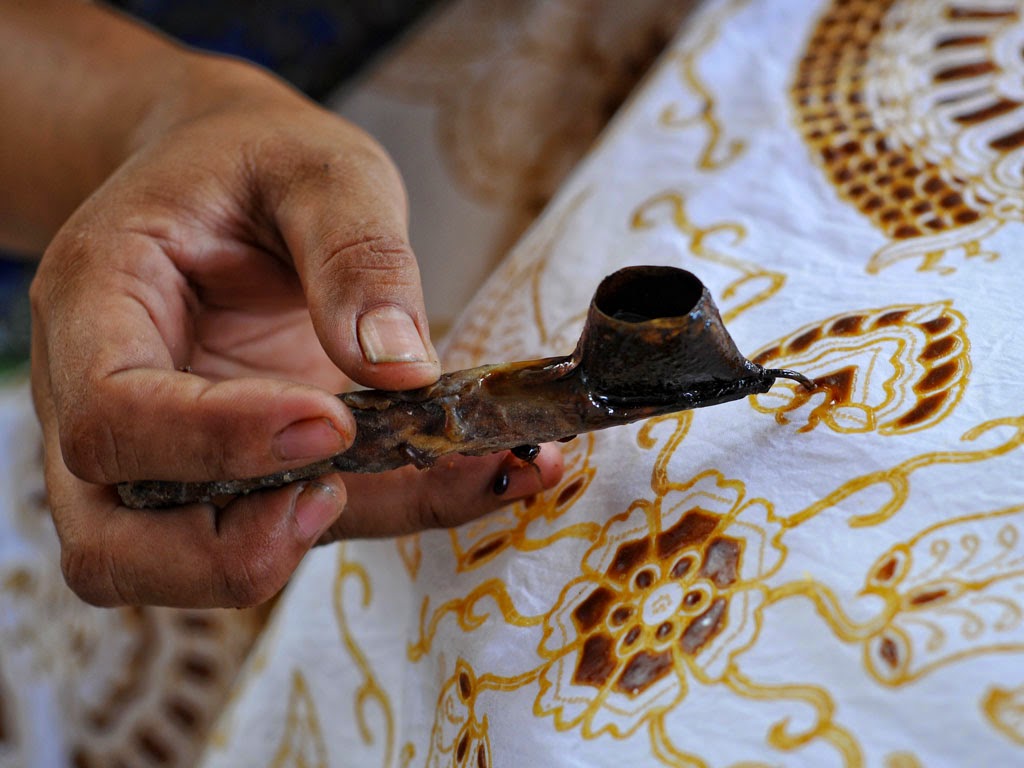 Traditional colors for Central Javanese batik were made from natural ingredients and consisted primarily of beige, blue, brown and black. Traditional batik designs utilize patterns handed down over the generations. It is very seldom that an artisan is so skilled that he can work from memory and would not need to draw an outline of the pattern before applying the wax.