Indonesian batik with its overall technique, technology as well as its motifs development becomes masterpieces of the oral and intangible heritage of humanity established by UNESCO in 2009. This wealth of art has become a trend in global fashion.

The Batik motif has its own characteristics based on the region where its produced. Here are the 10 most popular batik production center in Indonesia.

The city in the Land of Java which is also known as Surakarta is very popular with its batik production. Solo batik generally has motifs that depict nature such as flowers and birds. Solo batik patterns and motifs also have different symbols and meanings, namely “sido mulyo”, a symbol of happiness, “sido dadi”, a symbol of prosperity, “satrio wibowo”, a symbol of dignity and “asmorodono tikel”, a symbol of love.

To see the process of making Solo batik, one of the many places that can be visited is Kampoeng Batik Laweyan in Laweyan Village. 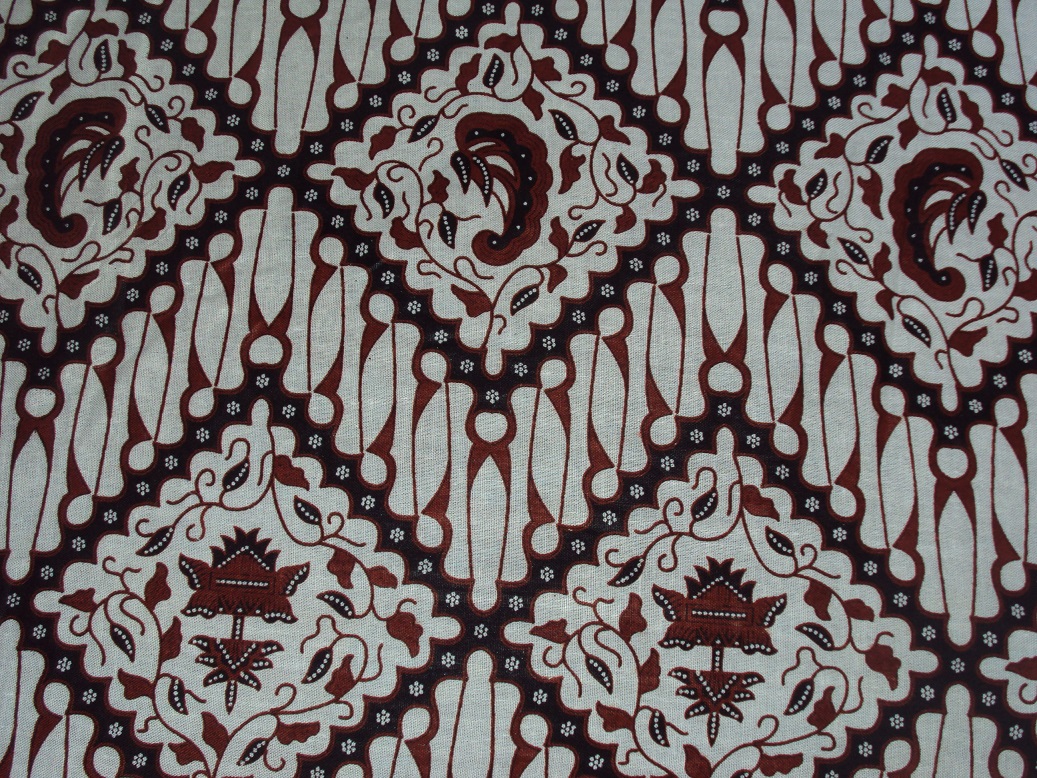 Yogyakarta is known as the center of cultural batik. Yogya batik is usually dominated by natural colors such as brown, black, white, indigo and cream. One of Yogya batik motifs is Grompol. Usually, batik with this motif is used during weddings or traditional ceremonies.

Want to hunt for Yogya’s batik? You can visit the Bringhardjo Traditional Market. Here a variety of Yogya batik collections are sold at varying prices.

Pekalongan is known as the city of batik artisans. Studio and batik-making factories scattered in various points. Pekalongan batik is generally brightly colored and has a natural theme with a soft texture and design.

Most of the colorful motifs are influenced by cultures from other countries such as China, Arabia and the Netherlands. If in Yogyakarta there is a Bringhardjo Market, then in Pekalongan, you can visit Setono Wholesale Market, which was established since 1939.

Cirebon batik is much influenced by Chinese culture. This is inseparable from the large population of Chinese ethnic there. Cirebon batik motifs usually resemble animals such as dragons, lions, elephants and tigers.

But some motifs resemble clouds and mountains. Cirebon batik is known as “Kencana Ungu” which is made on the best-woven fabric. One of the batik production center in Cirebon is the Batik Trusmi.

Traditions and various of local customs influence greatly the development of Minahasa batik. The decoration motifs of Minahasa batik consist of several sub-ethnicities such as “tonsea”, “tolour” and “borgo babontehu”. If you want to shop for Minahasa batik you can visit Wale Batik Minahasa located in Manado. 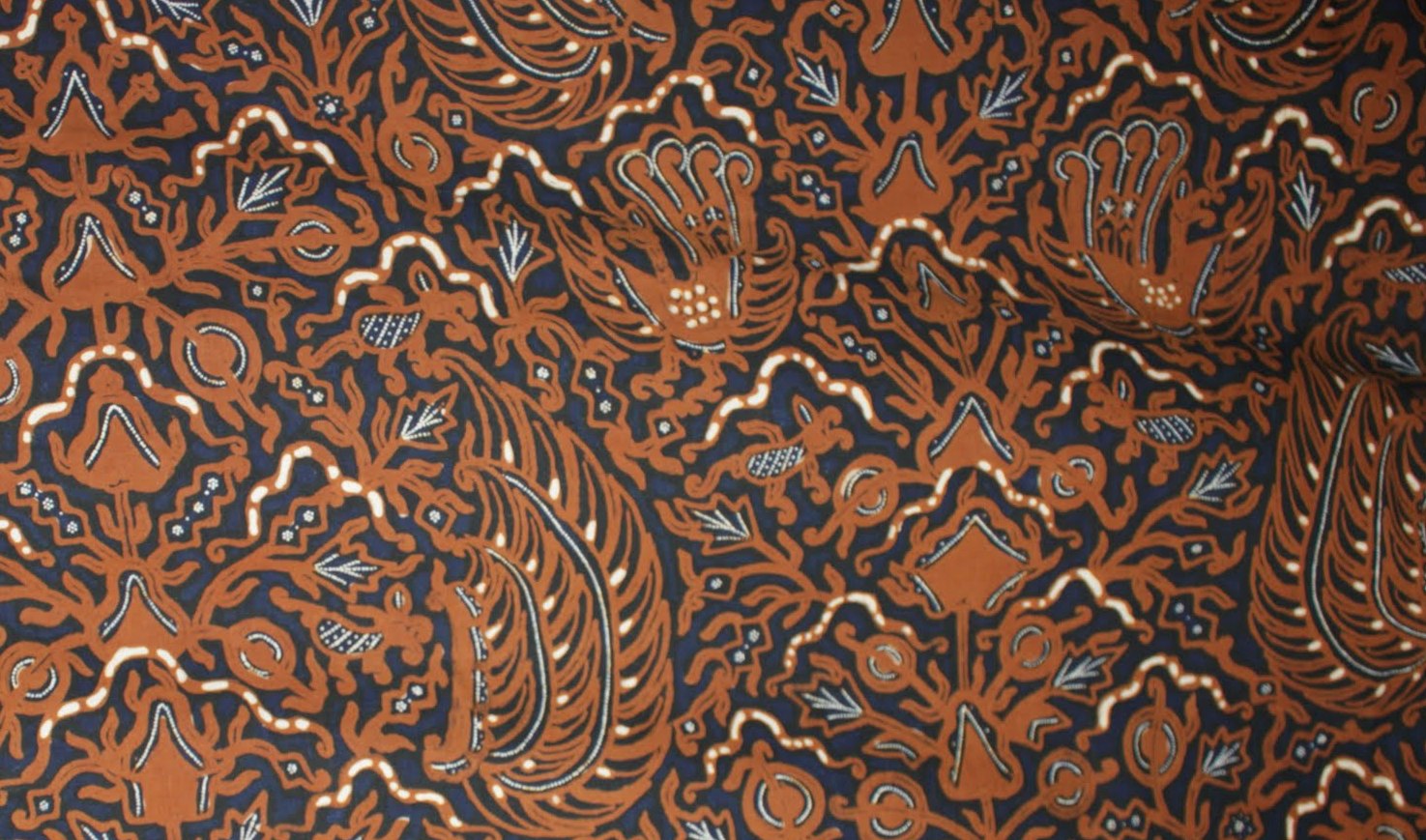 Batik arts in Bali has been developed since 1970. The motifs and designs of Balinese batik are unique because of the combination of typical Bali ornaments with China such as dragons, deer, storks and turtles as well. 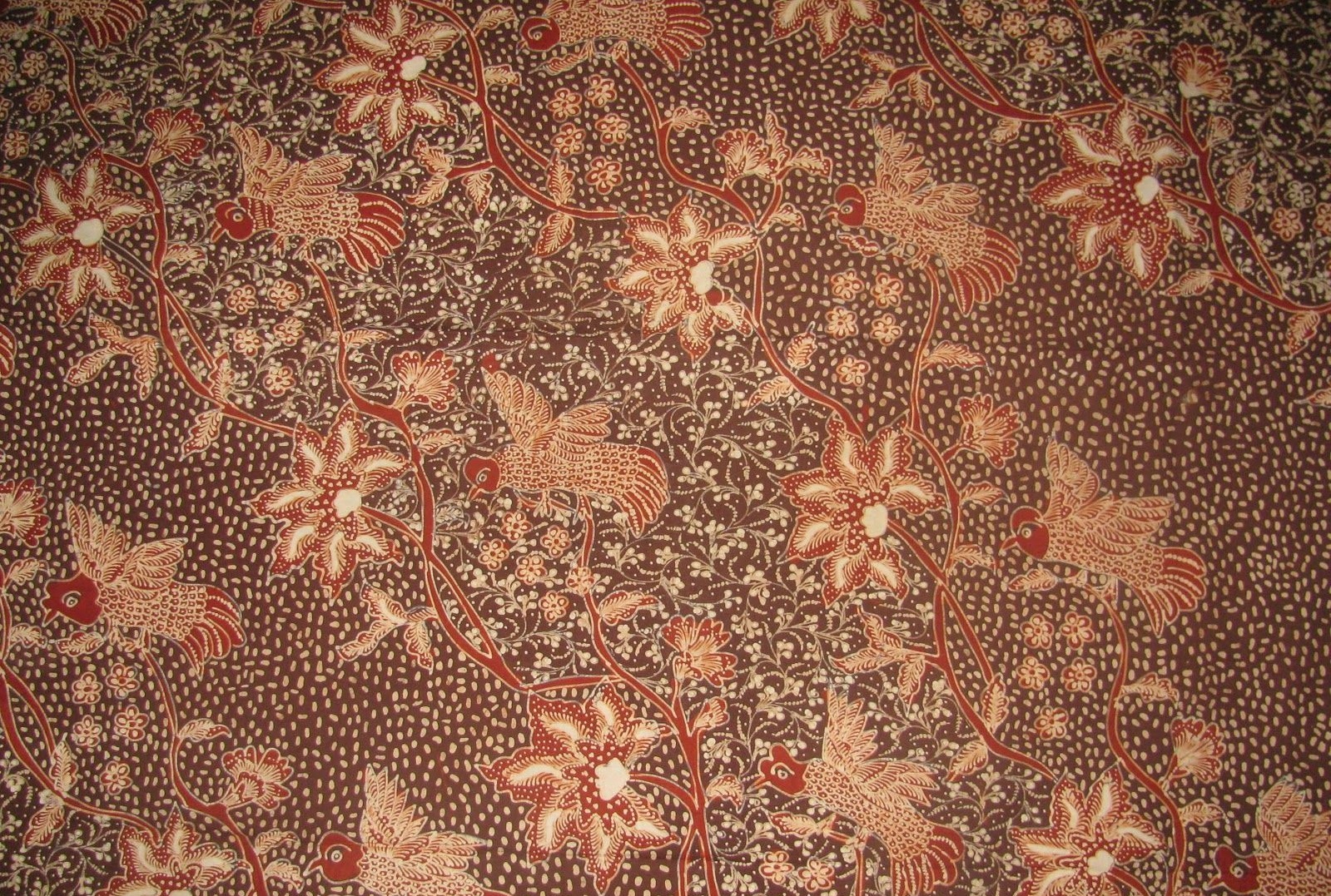 Madura batik is one of the famous icons of this salt-producing island. Some of popular Madura batik motifs are leaf, bird, flower, wood fiber and earth motifs. One of the most popular types of Madura batik is the Gentongan Batik. The process of making this kind of batik takes months and even up to one year because of the complexity and tidiness of the motifs. 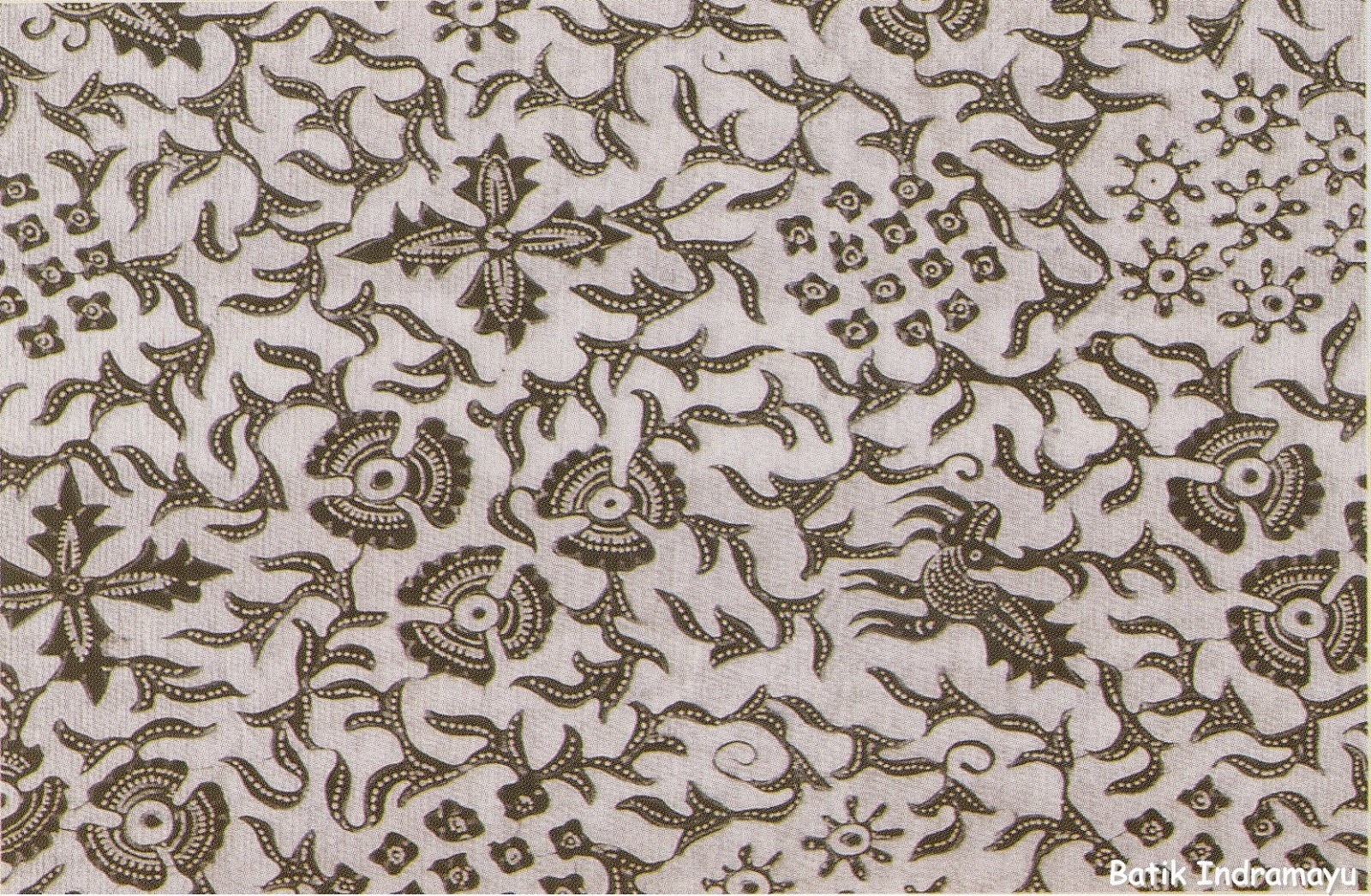 Judging from the type and color, Indramayu batik is catagorized as coastal batik because inspired by the life of the Indramayu community whom work as fishermen and farmer.

Indramayu batik is also often called Dermayon batik or Paoman batik because it gets a great influence from the Arabic calligraphy images and motifs, China and part of Central and East Java regions. Indramayu batik motifs are various, include the gunda flower, the aground boat, the kunthul manuk and the sea waves. 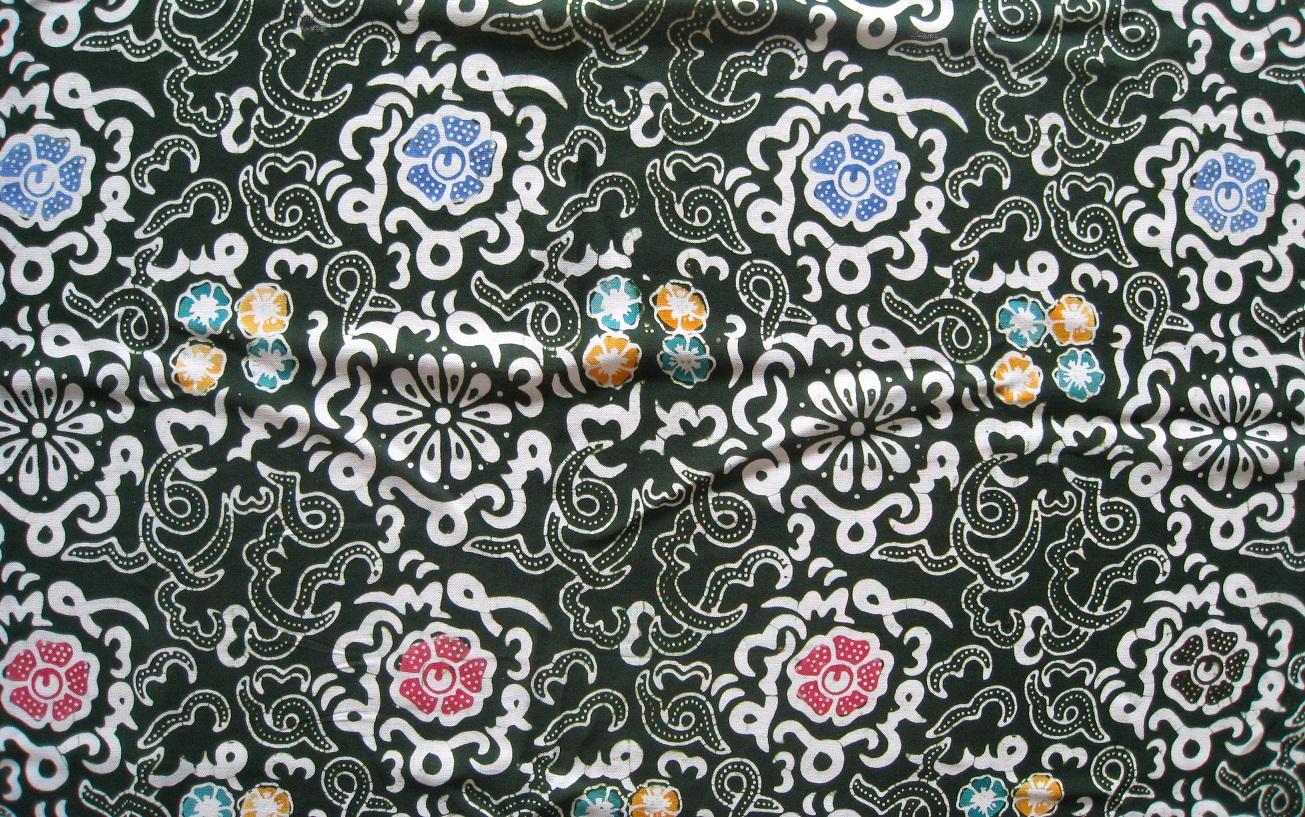 Bengkulu Batik is also know as Besurek Batik because its motifs resemble Arabic letter calligraphy and pieces of the holy verses of the Al-Qour’an. Other than calligraphy motifs, Bengkulu Besurek batik also has other motifs such as rafflesia motifs, bird motifs, nail niche motifs and moon patterns.

If you want to buy this batik, you can just go to Anggut and Penurunan in Bengkulu city shopping area. There are many kinds of Besurek batik sold at varied prices. 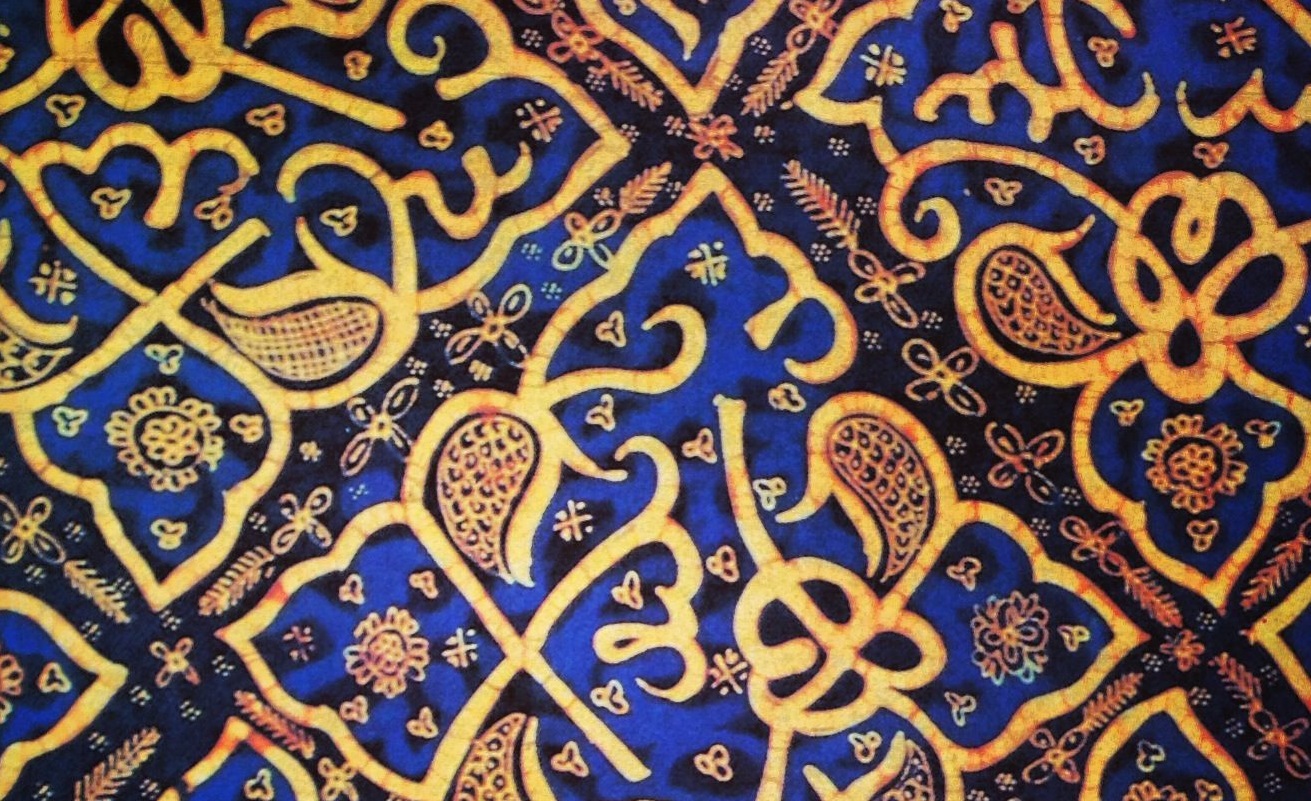 Batik Palembang is influenced by the Javanese cultures. It has certain characteristics, such as subtle motifs and sharp colors. Batik motifs in Palembang are the jepri flowers, lasem, fish scales, gribik, bungo, encim, flowers and lilies. Among those motifs, The “lasem” and “bungo” are the most popular.