The Temple of Borobudur

The Temple of Borobudur is one of the most iconic monuments revealing the Hinduism and Buddhism era of Indonesia located in Kedu Valley on the southern part of Central Java. It is also one of the greatest Buddhist monuments in the world.

Borobudur Temple is a vast structure. It consists of two million blocks of lava rocks, reaches 115 ft at its highest point and features nearly 1,500 carved story panels and 504 statues of the Buddha. But after being abandoned, possibly in the 14th century, it quickly became invisible beneath layers of tropical foliage and volcanic ash. Sir Thomas Stamford Raffles, the British governor of Java (and the founder the city of Singapore) re-discovered the temple in 1814 and after extensive restoration by UNESCO in the late 20th century it was designated a World Heritage Site. 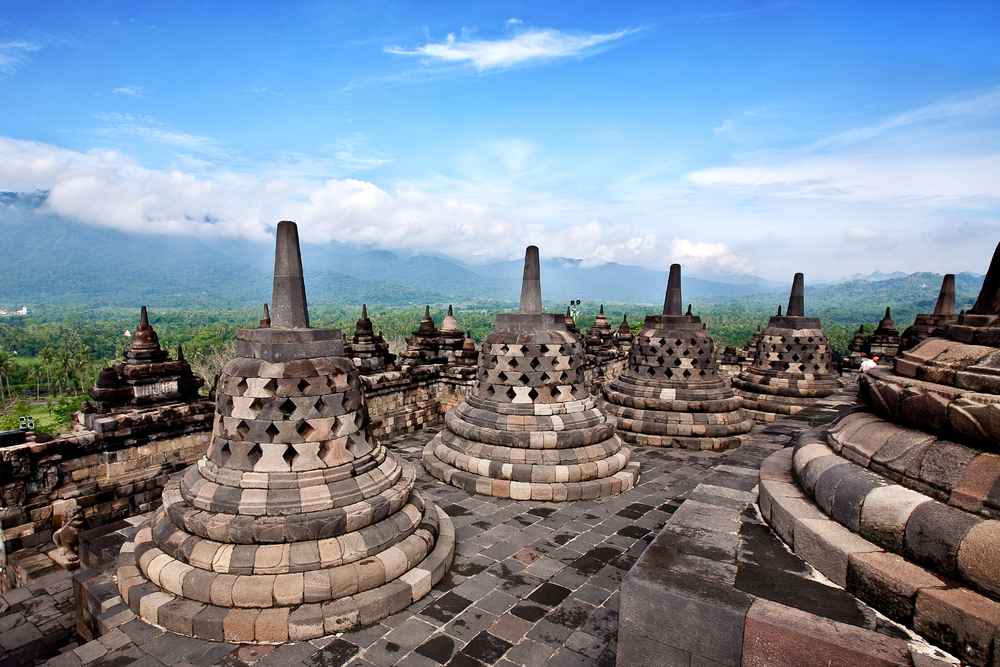 The Temple of Borobudur consists of three monuments: namely the Borobudur Temple and two smaller temples situated to the east on a straight axis to Borobudur. The main temple of Borobudur itself is the largest Buddhist temple in the world. This 60,000 m³ monument is 34.5 m high and has a square base of 123 m x 123 m. The two temples are Mendut Temple, whose depiction of Buddha is represented by a formidable monolith accompanied by two Bodhisattvas, and Pawon Temple, a smaller temple whose inner space does not reveal which deity might have been the object of worship. Those three monuments represent phases in the attainment of Nirvana.

Borobudur was built in three tiers. The base of this temple consists of a pyramid formed by five concentric square terraces. This is followed by the trunk of a cone with three platforms. On the very top is a monumental stupa (a mound-like structure containing Buddhist relics). The walls and balustrades of Borobudur are decorated with fine low reliefs depicting various Buddhist scenes. 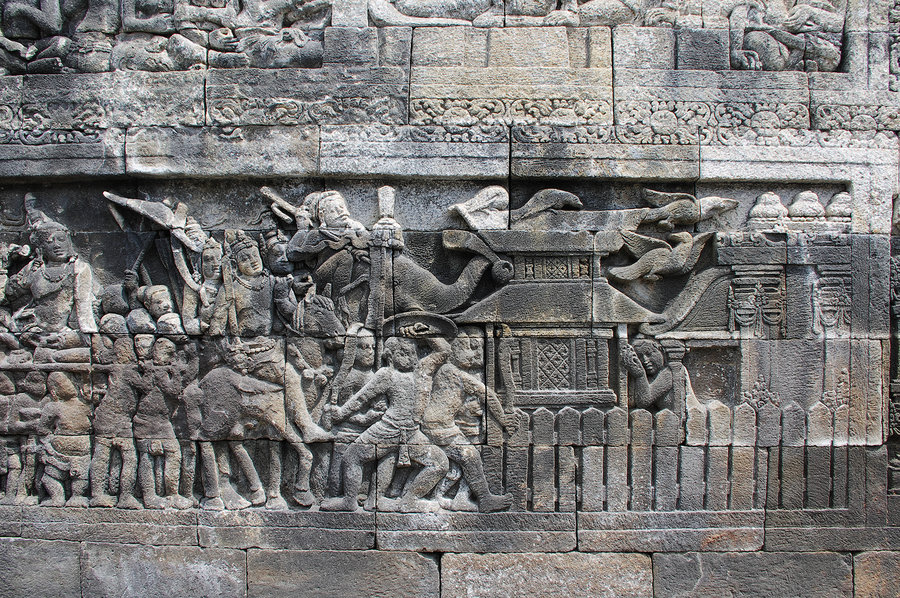 Monitoring programs has been effectively executed to monitor the growing rate of deterioration of building stone and also damage by unsupervised visitors. The Borobudur Heritage Conservation Office has also conducted community development programs targeting especially the youth to raise their awareness in preserving the Temple of Borobudur.