8 Best Places to Visit in Maumere

Maumere, the largest town in Flores, East Nusa Tenggara is perhaps not the most popular travel place but it is normally an accidental drop by due to it being an alternative port to fly in to explore the rest of Flores. It is also serve as the capital of Sikka Regency in East Nusa Tenggara.

Maumere, like other popular tourist areas in Indonesia is also blessed with breathtaking nature as well as fascinating history and culture. Here are some tourist destinations or best places to visit in Maumere that you can travel to while in Maumere, starting from its beautiful underwater scenery to the excitement of shopping at traditional markets in Maumere. 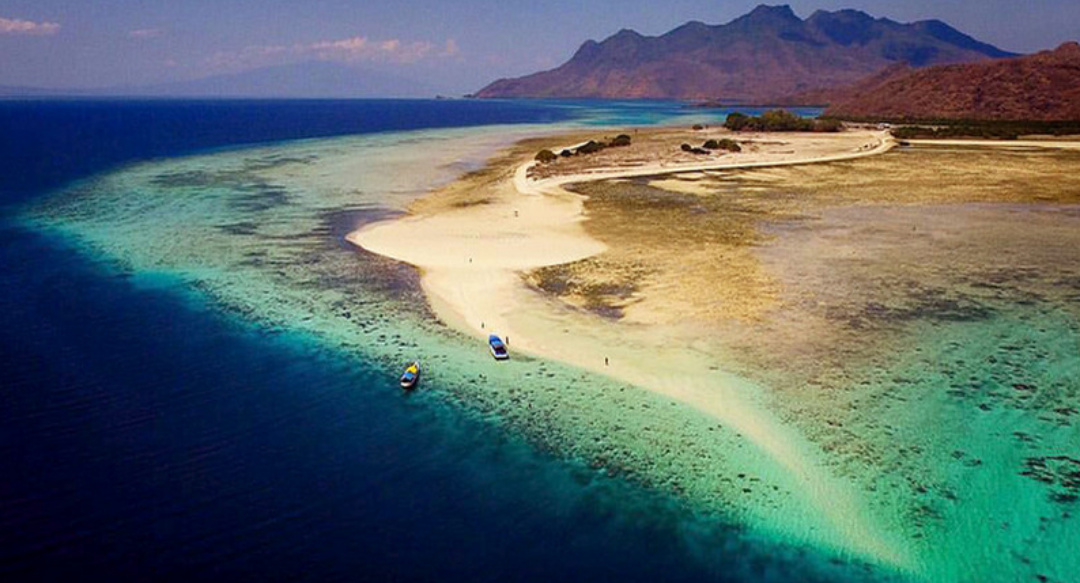 All certainly agree if the underwater scenery in Eastern part of Indonesia is indeed very great and one of them is the Maumere Bay. In this bay there are 19 islands that can be explored to see coral reefs and the lives of marine life. Maumere Bay is still rarely explored, so that the coral reefs and marine life here are still very well maintained.

Here, tourists will find colorful coral reefs and ornamental fish while diving in Maumere Bay. Make sure to bring a camera to capture the beautiful underwater moments that will amaze everyone. 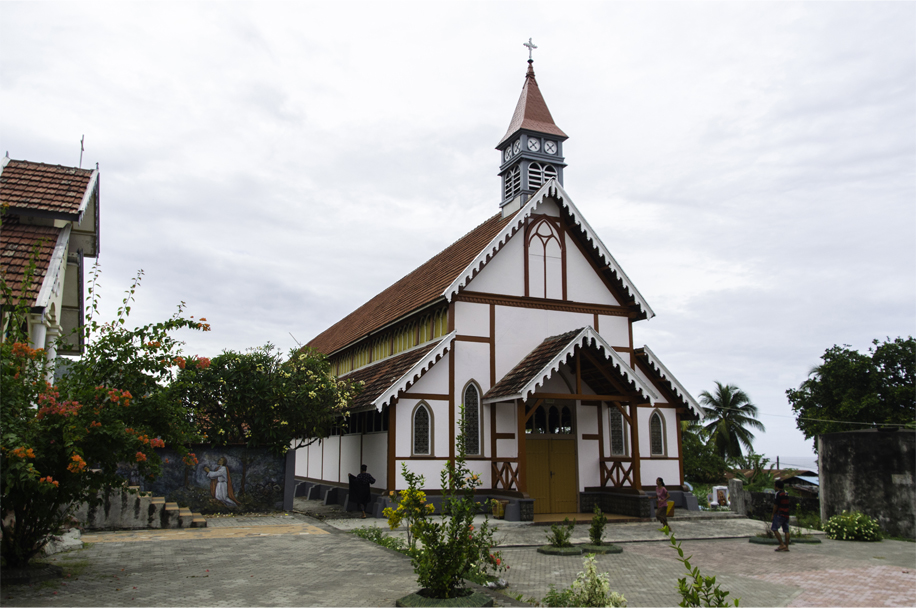 Gereja Tua Sikka which was built in 1983 was designed by the architect who also designed the Jakarta Cathedral. Even though it is old, until now the church still stands firmly with a 10-meter-high dome which is supported by firm roofs construction made of teak wood.

Uniquely, the architecture of the building is a combination of European and Sikka styles. The Sikka element is clearly visible when we enter the church room. The entire wall is decorated with typical Sikka woven weaving paintings with Gabar motifs, which are the motifs of the King’s clothing, as well as the clothing motifs used by the community, the Wenda motif. 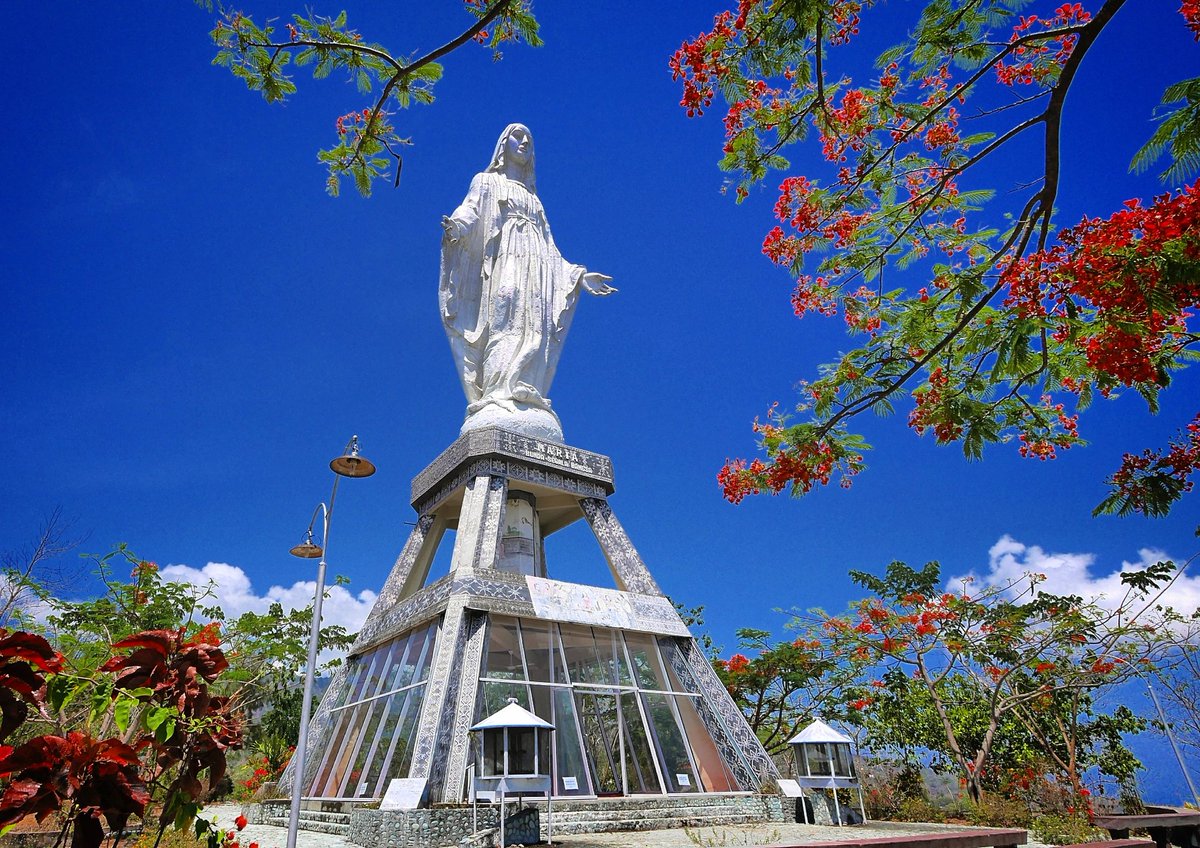 This tourist destination is famous for the Lady of Grace Figure Statue which has also become the landmark of the city of Maumere. The statue on Nilo Hill was built in 2004 and it is at an altitude of 1,600 meters above the sea level. This 28 meter tall statue becomes a place of pilgrimage and recreation spot for travelers. Besides being surrounded by trees and a beautiful flower garden, from the top of Nilo Hill tourists can also see the sights of the city of Maumere. 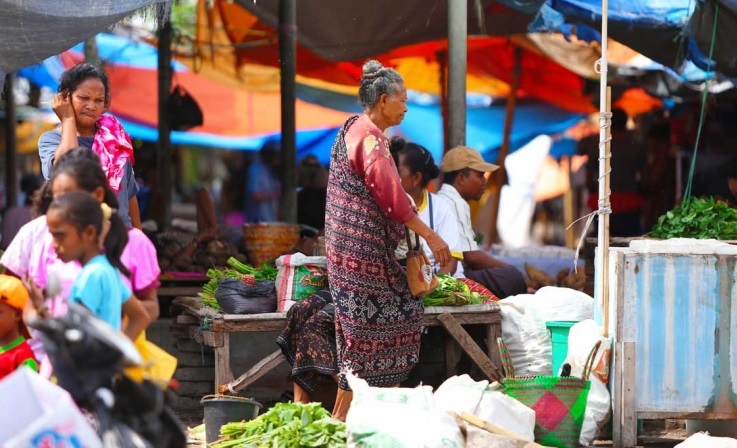 While traveling around the city of Maumere, take the time to buy souvenirs at the Geliting Market. It is the oldest market in Sikka Regency. There are many sellers gather to sell a variety of local products, such as woven fabricsand Moke (local traditional drinks packed in plastic bottles). At the Geliting Market tourists can also buy fresh fish caught by local fishermen. 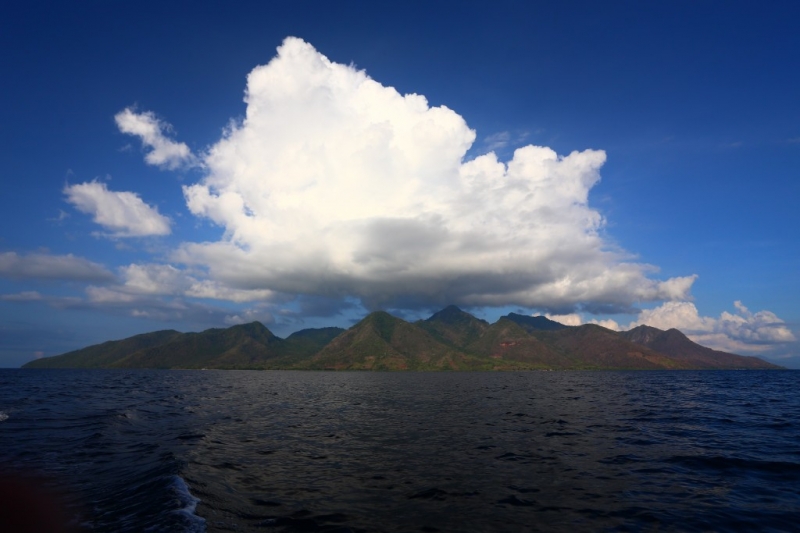 The Rokatenda Mountain which erupted in 2013 is located in Palue Island which has an area of 41 km. To get here tourists can take a boat from the port in Maumere or Ropa.

When arriving, take a break in Kampung Awa before starting the climb for approximately four hours until reaching the top of Rokatenda. After tiring journey tourists will be greeted by a stretch of barren land from a mountain crater that will make you feel like you are on another planet. Meanwhile, on the other side of the mountain tourist will also see the view of lovely Flores Sea. 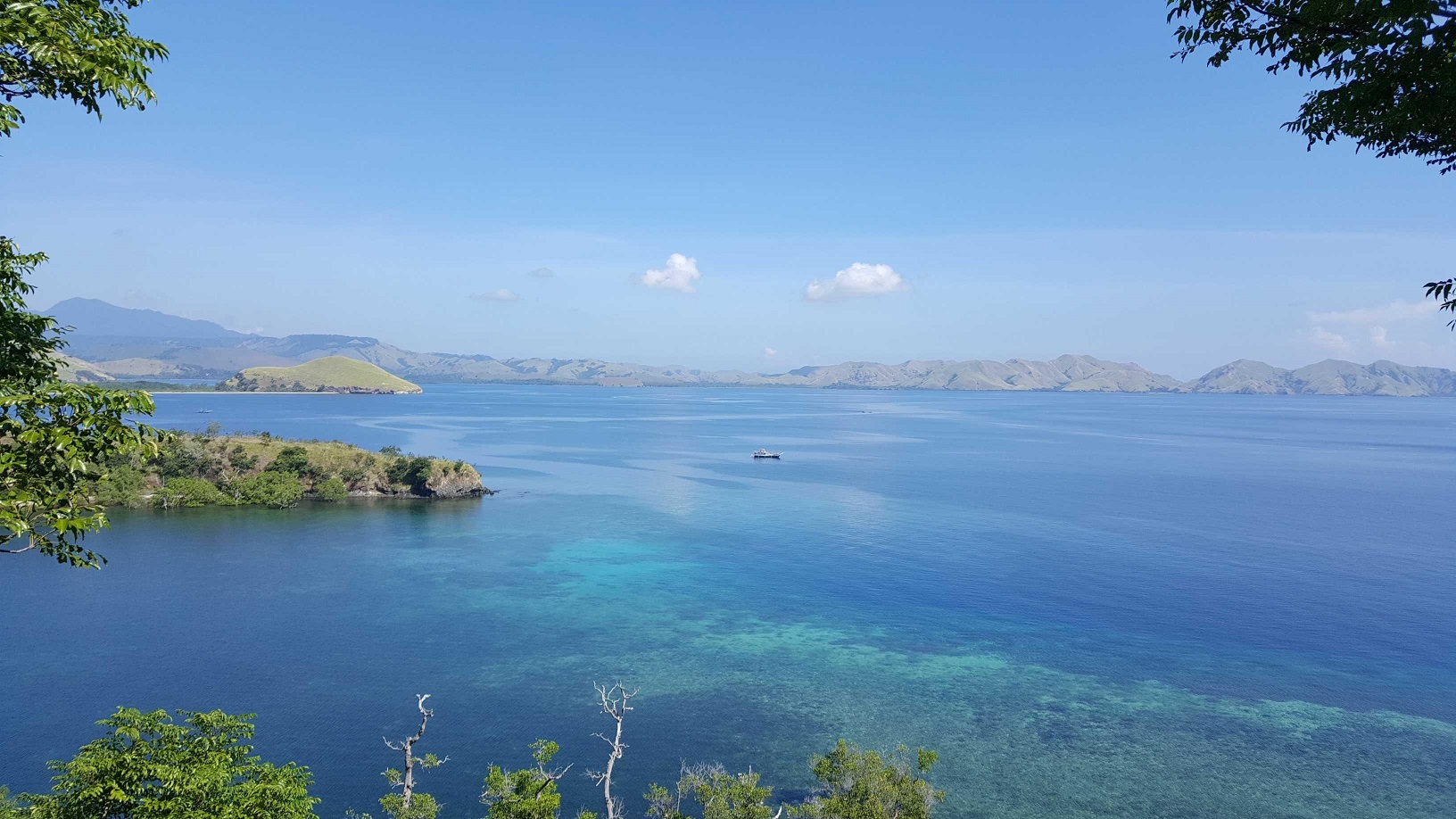 Kajuwulu Beach is located at about 24 km from Maumere City. It has a stretch of white sand that will make everyone happy all day playing on the island. The sea water is also clear with bluish shades.

You can swim or snorkel on this beach. Don’t forget to go up to the hill in this beach area. From the top of the hill you can see beautiful views of the charming bay of Maumere. Actually, the best spot to see the sunrise and sunset is also from the top of Kajuwulu Hill. 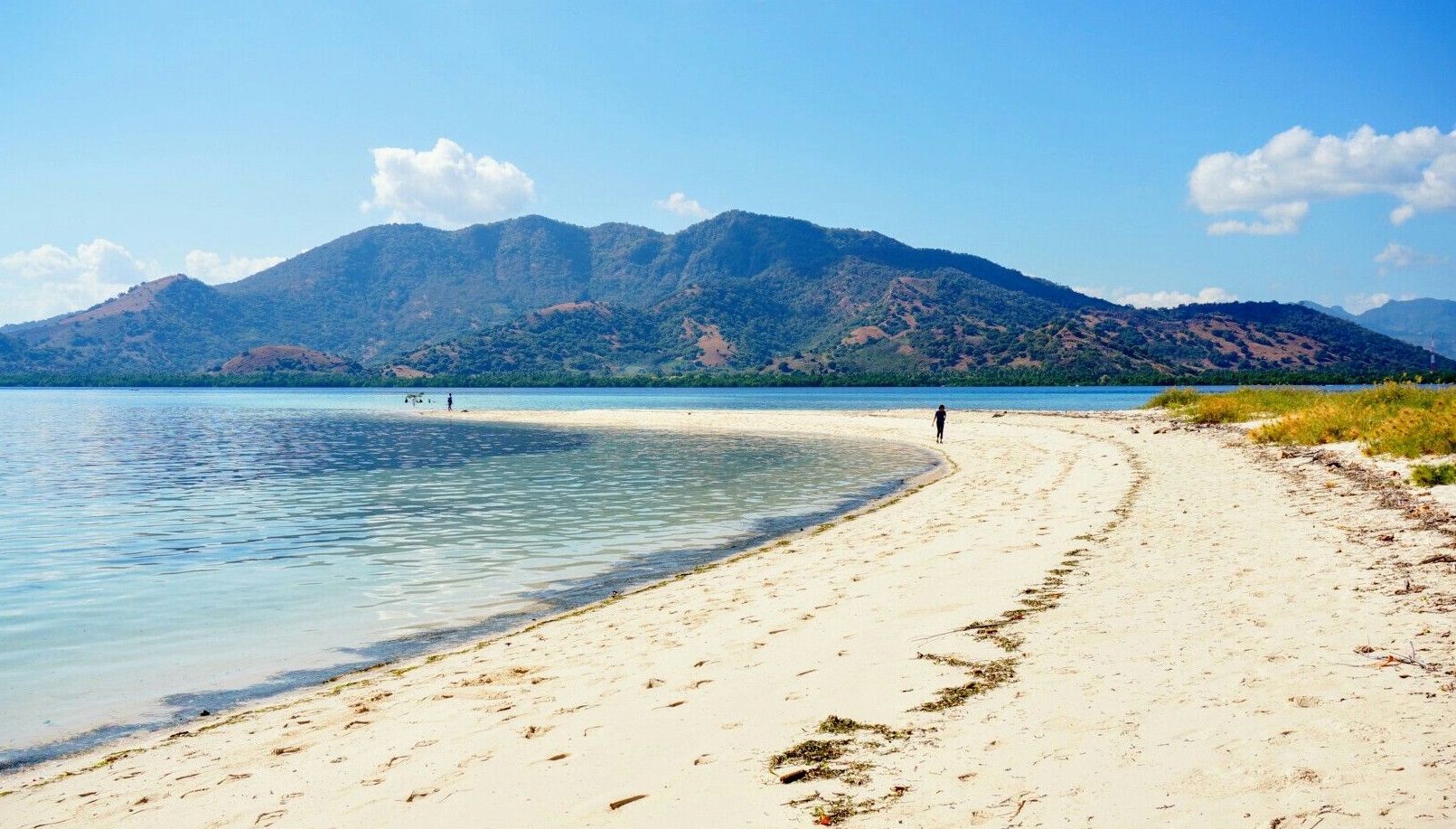 Still around Maumere Bay, Pangabatang Island offers the sensation of vacationing on a pristine and virgin island. Plus, there are still few people living near the beach area. You will feel like having vacation on a private island.

Pangabatang Island is located quite far from Maumere, about 1 hour by boat from the Port of Laurens Say. However, along the way you will be spoiled with beautiful views of the waters of the Maluku Bay that will make the trip so fun. The waters of Pangabatang Island are also among the best diving spots in Maumere. 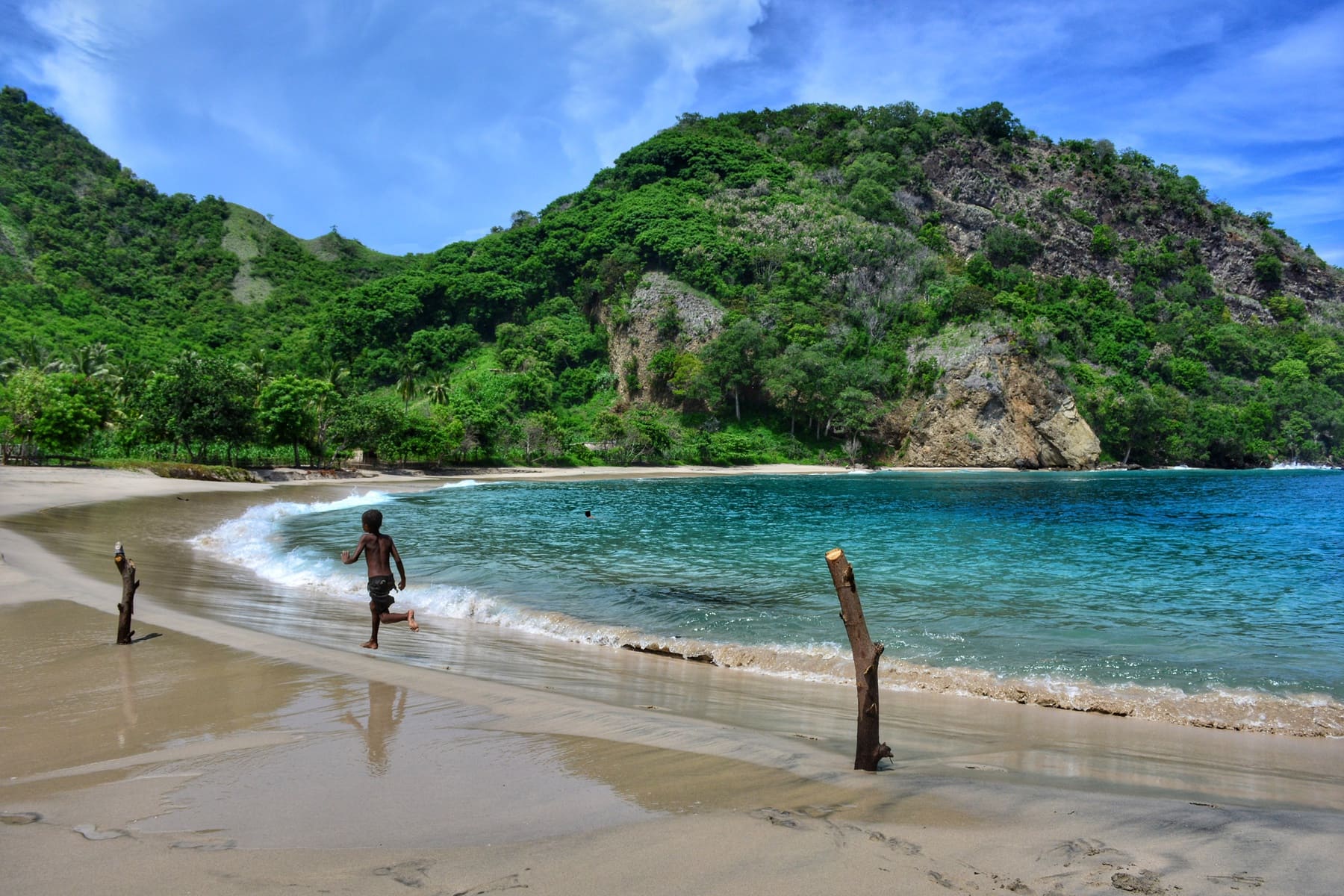 This hidden beach is still rarely visited by tourists so that the existing facilities are still inadequate. However, this beautiful beach is fun to explore because you can do swimming, snorkeling, diving and make some photos.