There is a lot more to Gili Islands other than party, sunset, cycling and lazy days on tropical beaches. Gilis’ diving has come into its own as a less crowded alternative to Bali and with new dive sites being discovered all the time, seasoned divers are guaranteed an adventurous underwater experience. The recreational diving found in the shallow reefs has been a driving force of the tourism in the Gili Islands. The island offers some of the best scuba diving in the world, just meters from the beach. As one of Indonesia’s top areas for scuba diving and snorkeling, with a reputation for being the ‘turtle capital of the world’, diving Gili Islands have become popular for beginners and experienced divers alike.

There are about 25 dive sites around the islands of Trawangan, Meno and Gili Air, with a variety of topography (slopes, walls, ridges and canyons) and an enormous amount of diverse marine life. Pigmy seahorses, thousands of colorful fish, whitetip reef sharks and sting rays are among the many creatures you might encounter in the waters around the Gili Islands. The recreational diving found in the shallow reefs has been a driving force of the tourism in the Gili Islands. The island offers some of the best scuba diving in the world, just meters from the beach. 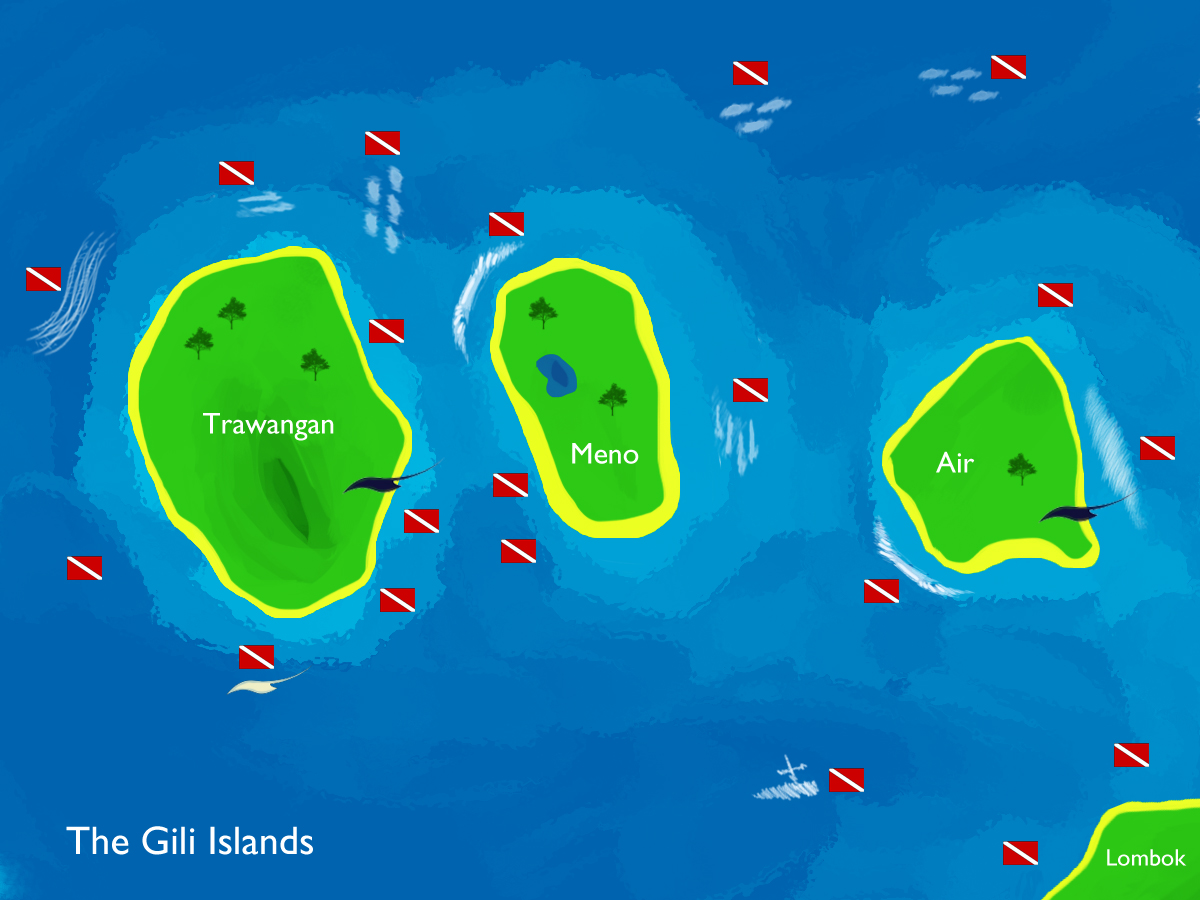 There are so many beautiful dive sites all around Lombok’s coastline, but the main established areas are found in the northwest at the offshore Gili Islands and the Sekotong peninsular in the southwest corner. Most popular ones go by the names of Shark Point, Manta Point, Meno Wall, Bounty Wreck and one is a bio-rock project zone. Lombok’s underwater topography is one of the most diverse in Indonesia, populated with an equally varied fish population, notably mantas, reef sharks and turtles. Diving is very much part of the fabric of island life in the Gili Islands. It is a great place for every level and especially for learning the basics from scratch.