Indonesia has many iconic buildings and monuments that have become popular landmarks in various regions of Indonesia. They are not just an identity, moreover those have turned out into interesting tourist destinations. Below are 12 Indonesia most iconic landmarks. 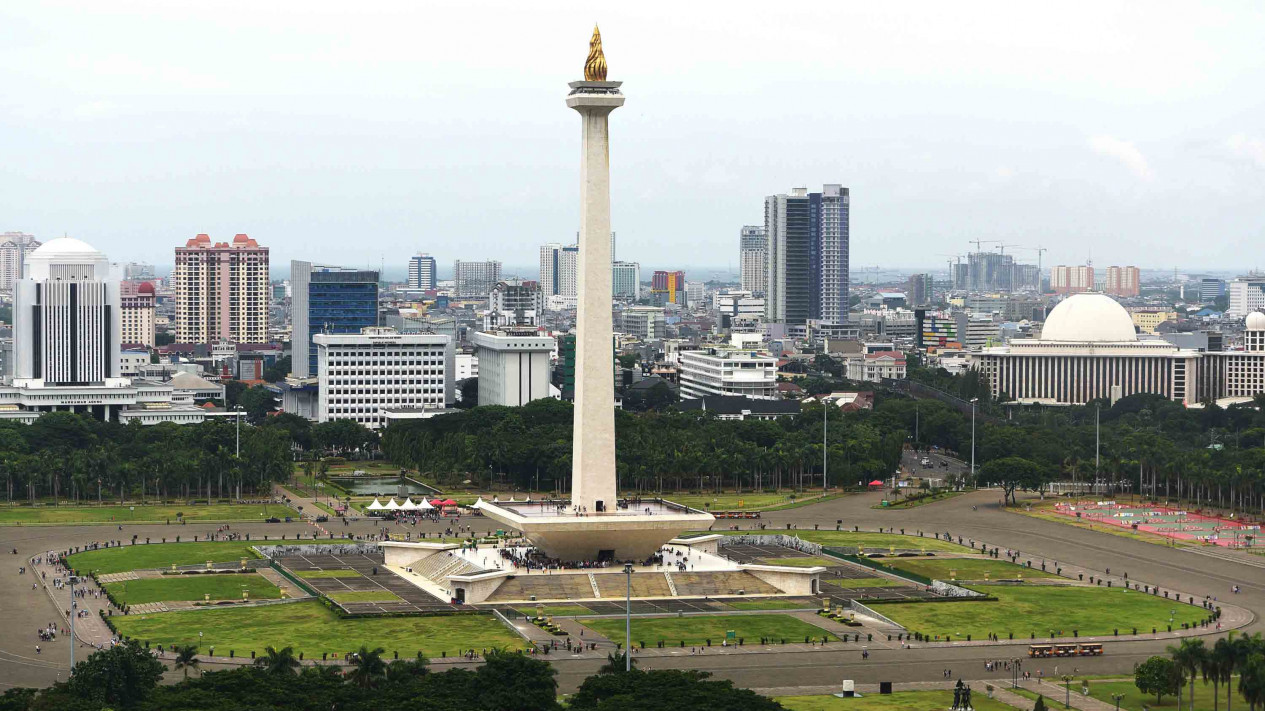 The construction itself began on August 17, 1961 and opened to the public on July 12, 1975. Since then, this Indonesian landmark has become one of the identities of the capital city of Jakarta. The distinctive feature of this landmark is the layer of gold that forms the flames on the top of this majestic monument. 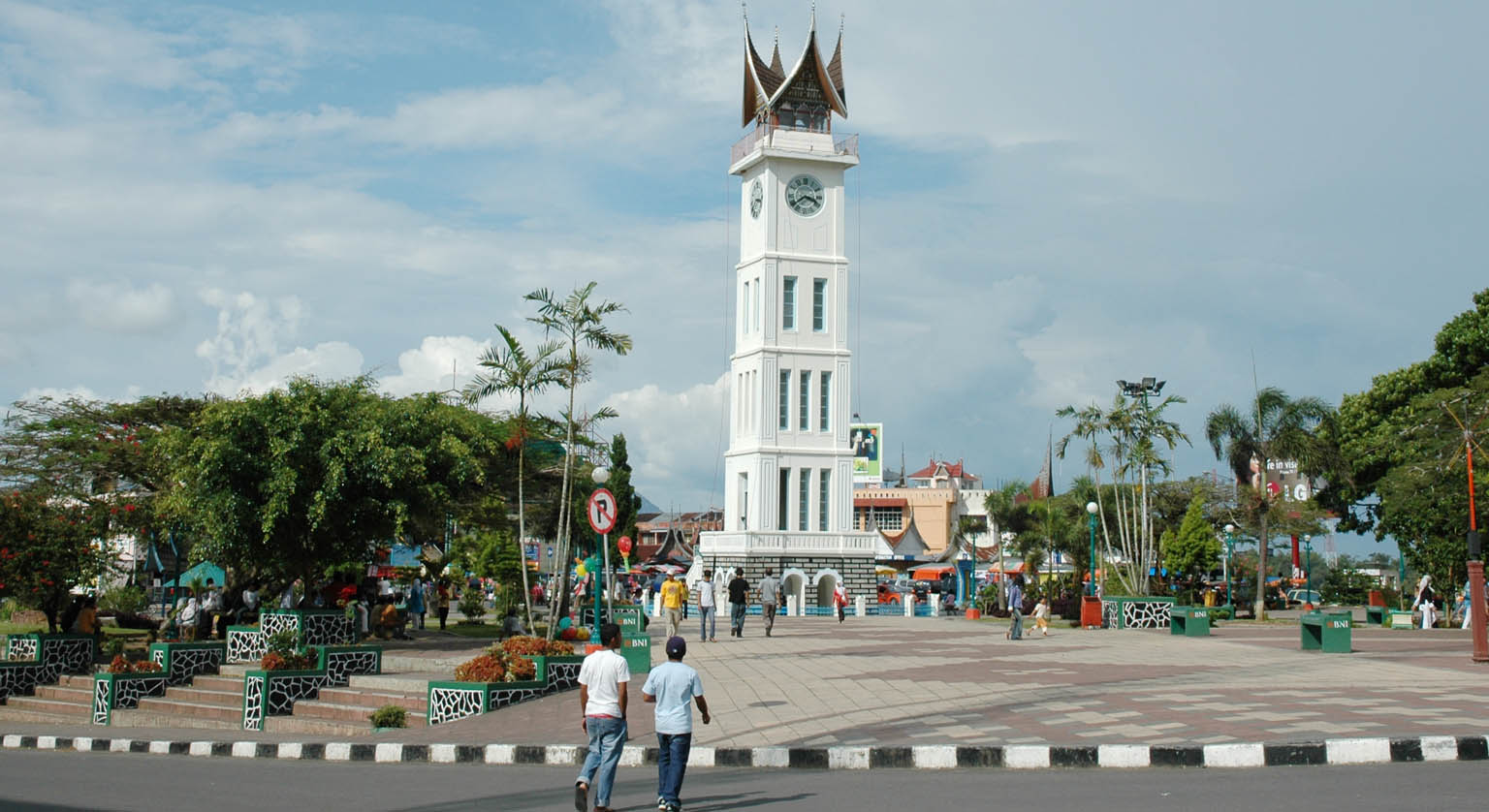 This iconic Indonesian landmark itself was built in 1926 as a gift from the Queen of the Netherlands for the Rook Maker, the secretary of the Bukittinggi area formerly known as Fort de Kock. 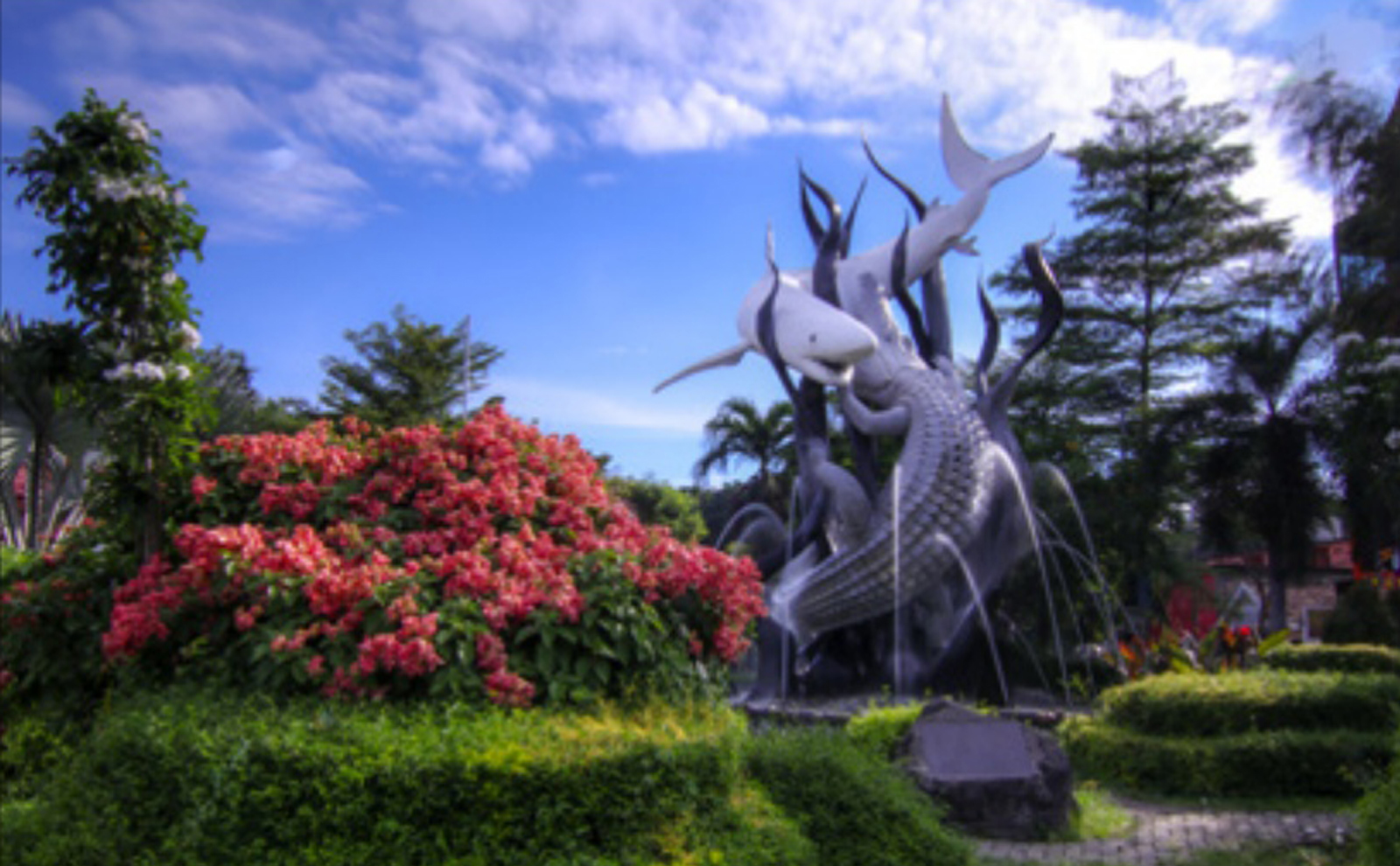 This statue that depicting the battle between Sura fish and the Crocodile is a very familiar icon of the city of Surabaya. There are so many legends and folk tales behind this Surabaya city mascot. Apart from that, the Sura and Baya Fish Statue is a very iconic and famous landmark in Indonesia. 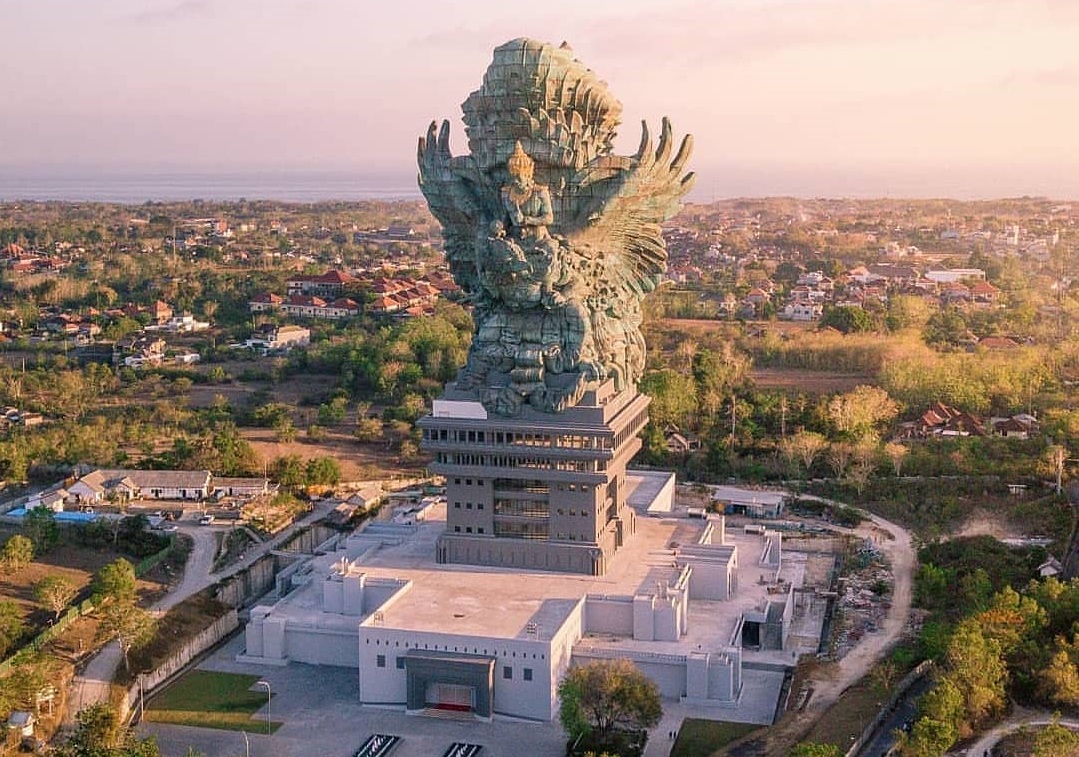 Inaugurated on September 22nd, 2018, the Garuda Wisnu Kencana statue is the tallest statue in Indonesia, even its height exceeds the height of the very famous Statue of Liberty in America.

Depicting Lord Vishnu riding Garuda bird, this famous statue in Indonesia is the work of the famous sculptor I Nyoman Nuarta. With a height of up to 120 meters, it’s no wonder that this statue was later transformed into one of the most famous landmarks of Bali. 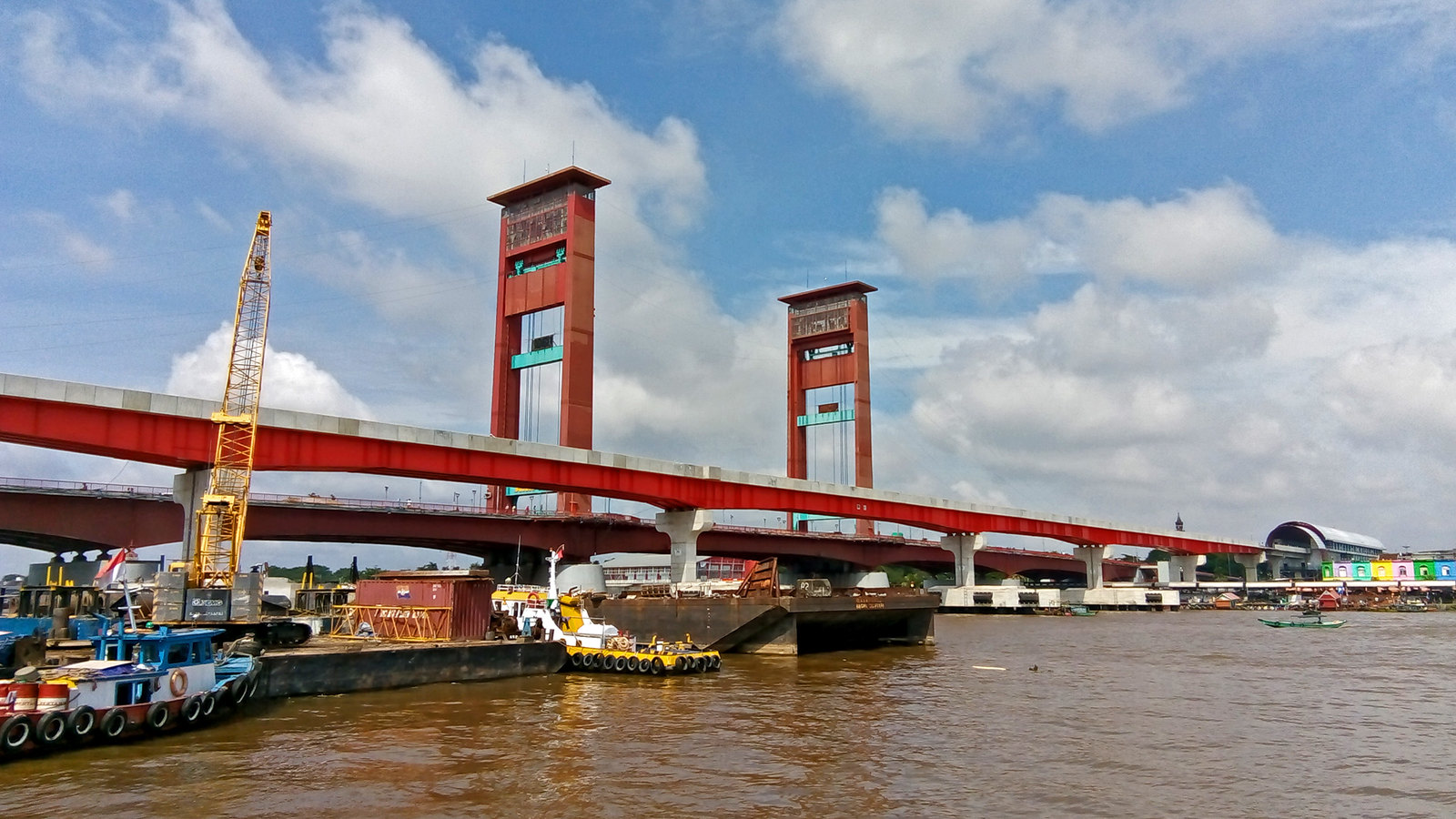 The name of Ampera Bridge has the meaning “Mandate of the Suffering People “, and has been established since 1965 with development funds taken from the spoils of Japan at that time.

Since its establishment, the bridge that stretches over the Musi River and connects Seberang Ulu area and Seberang Ilir area has become the proud landmark of Palembang people.

Now, this iconic bridge has also been decorated with lights that make its appearance even more beautiful and add a special attraction for visitors who stop by the capital city of South Sumatra Province. 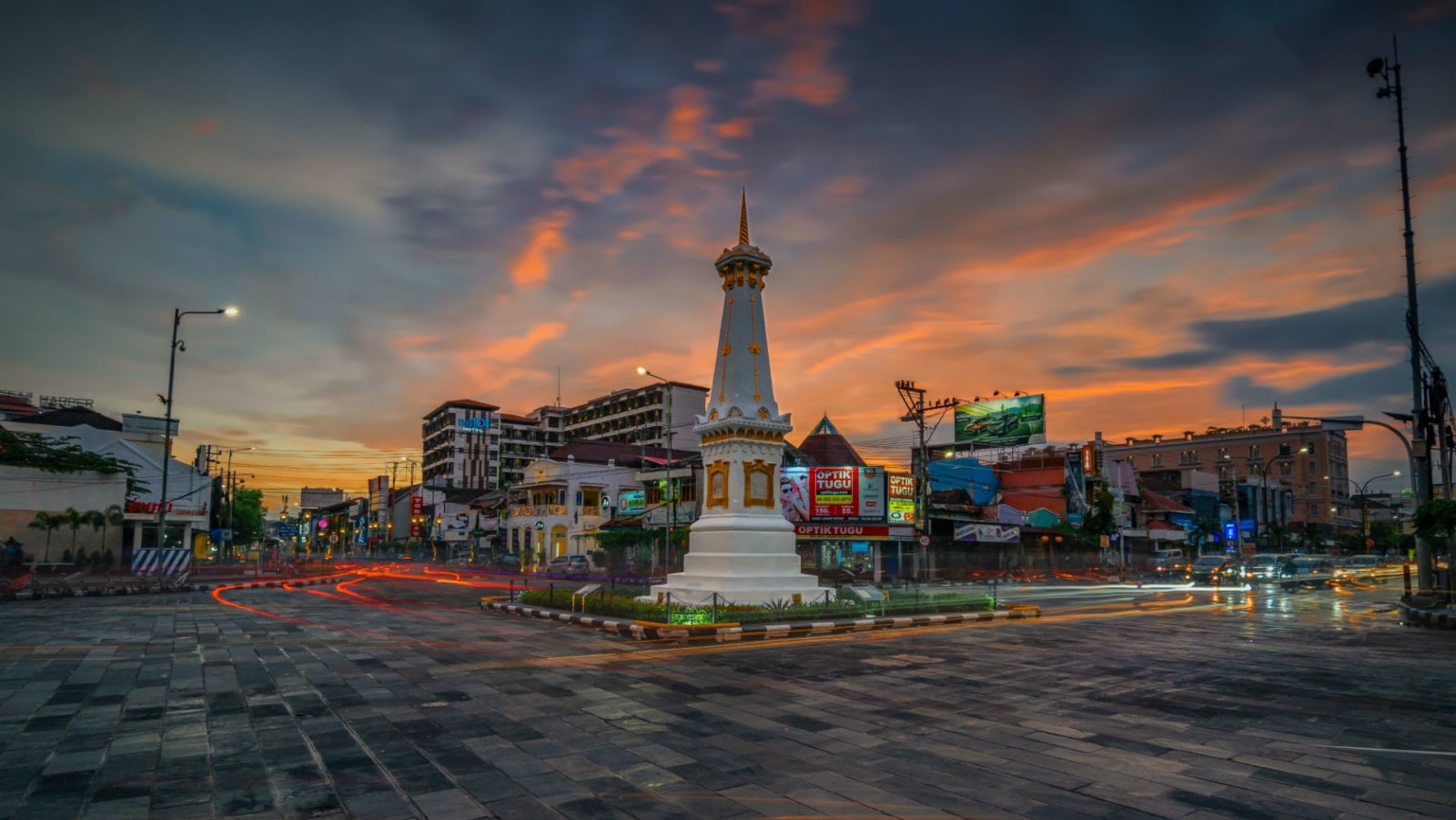 Located at the junction of Jalan Jenderal Sudirman and Jalan Margo Utomo, Tugu Yogyakarta or Tugu Jogja, has long been one of the popular icons of the city of Yogyakarta.

However, the iconic landmark that stands now is not the first monument to stand at this location. The monument that stands firmly today was built by the Dutch government after the previous monument called the Golong-Gilig Monument (built by Hamengkubuwana I) was collapsed due to the earthquake.

This monument was built as symbolic value and is a magical line connecting the southern sea, the Yogyakarta palace and the Mount Merapi. 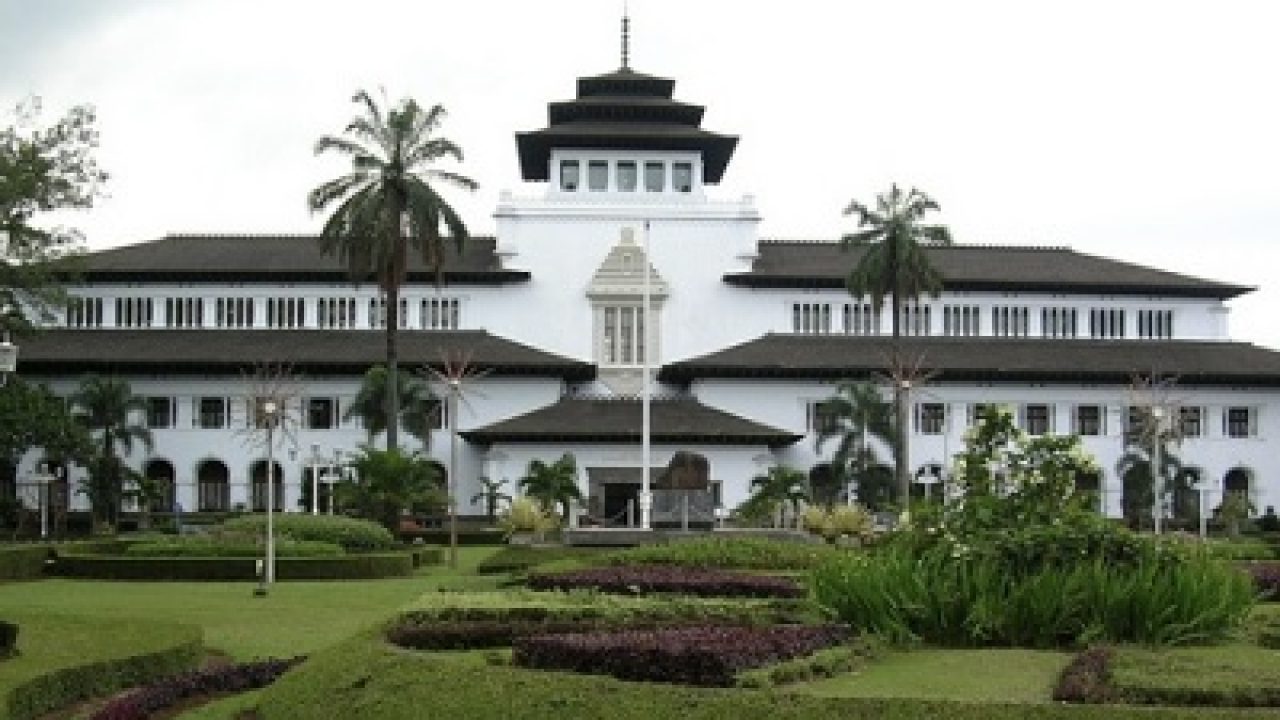 As the name implies, this popular landmark of Bandung is famous for the existence of a pole that has a shape like a satay at the top of its building. The iconic Gedung Sate has now functioned as an office and government center of West Java Province since 1980.

Another Indonesia Most Iconic Landmark is the Borobudur Temple located in Magelang. This temple is always crowded by tourists both from within and outside the country. Borobudur Temple is the largest Buddhist temple in the world which has hundreds of stupas, statues and reliefs that surrounding it. So, it’s no wonder that this temple complex has become a very popular Indonesian icon. 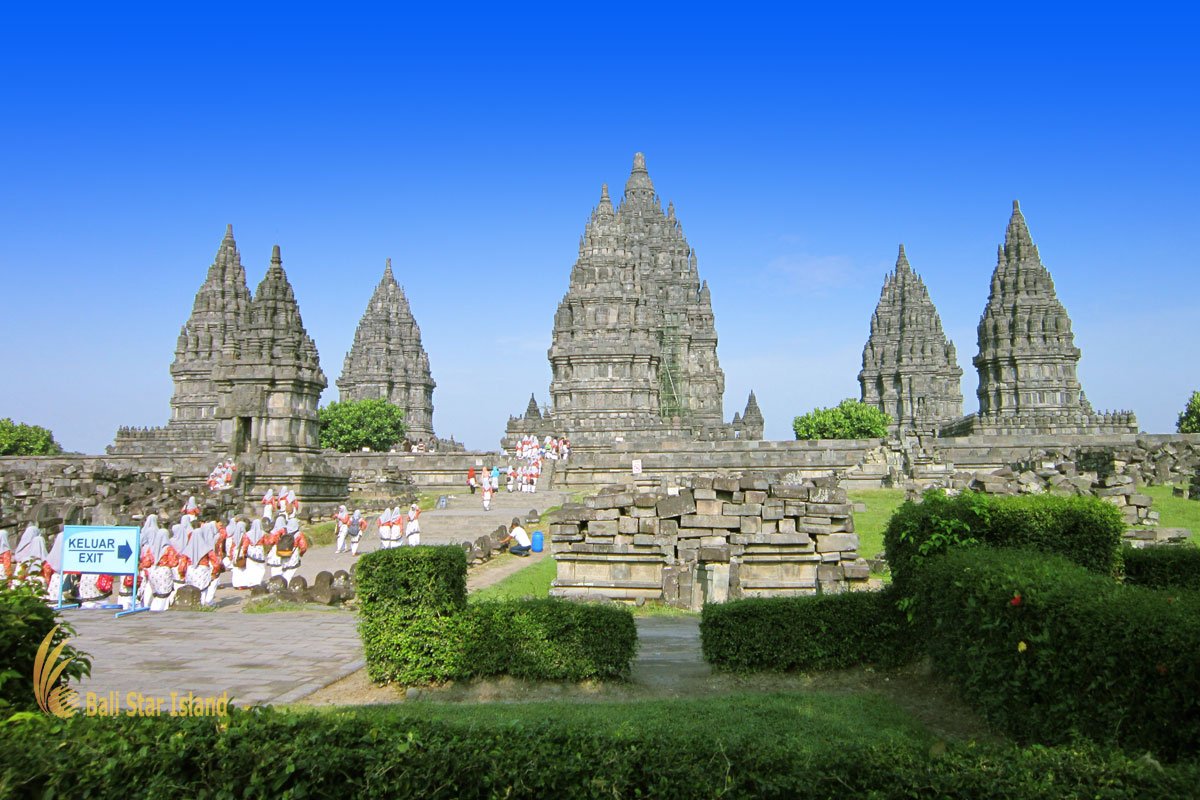 No less popular than Borobudur Temple, Indonesia still has another historic temple complexes that are very beautiful. It is the Prambanan Temple. This largest Hindu-patterned temple complex in Indonesia is also a landmark and a popular tourist destination in Indonesia. 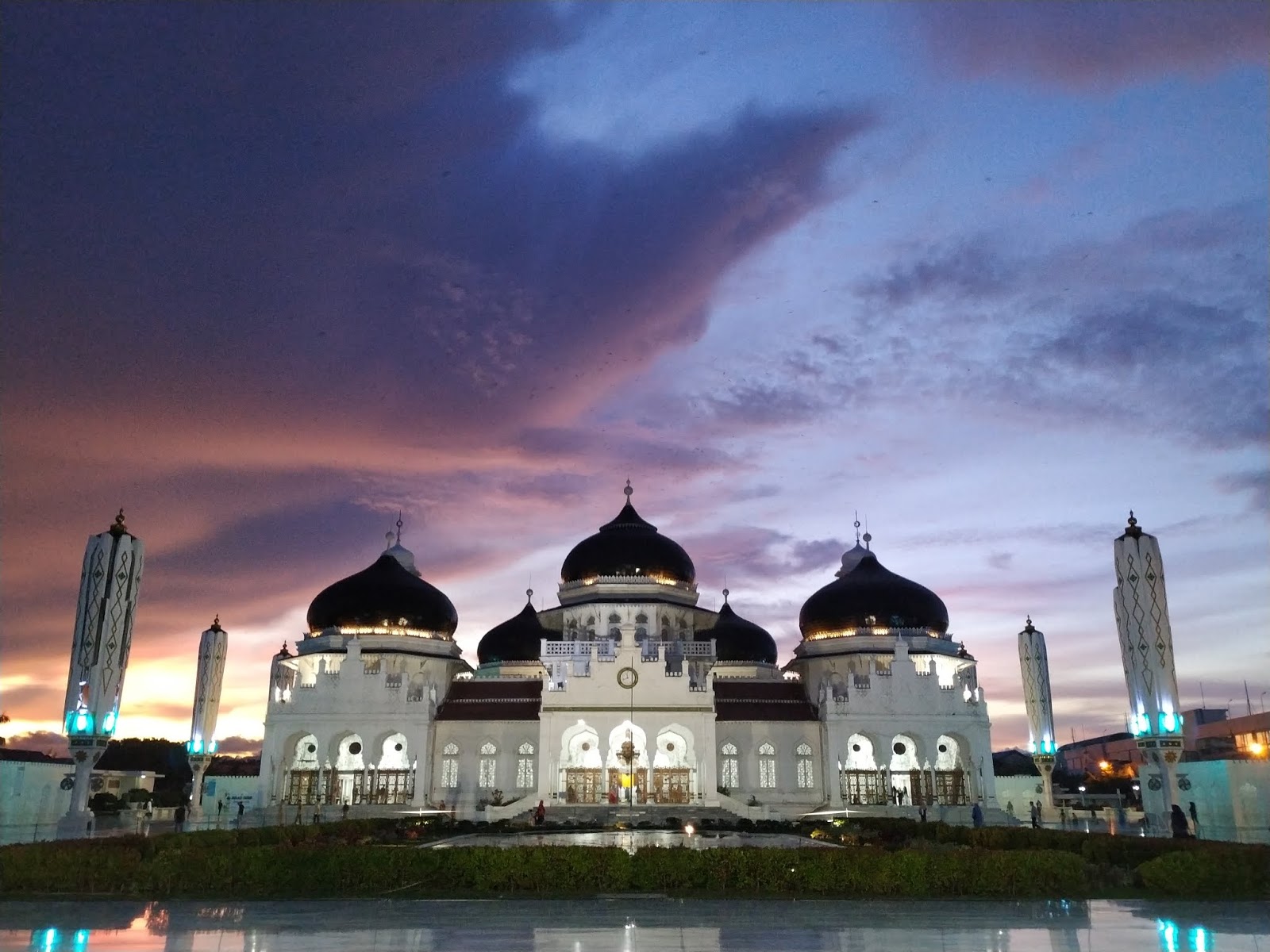 The next most iconic landmark from Indonesia is in Aceh, the Baiturrahman Grand Mosque. Apart from being a place of worship, this building with a very enchanting beautiful architecture has a very long history. Being one of the oldest mosques in Indonesia, this iconic mosque was built during the reign of Sultan Iskandar Muda Mahkota Alam in 1612 AD. 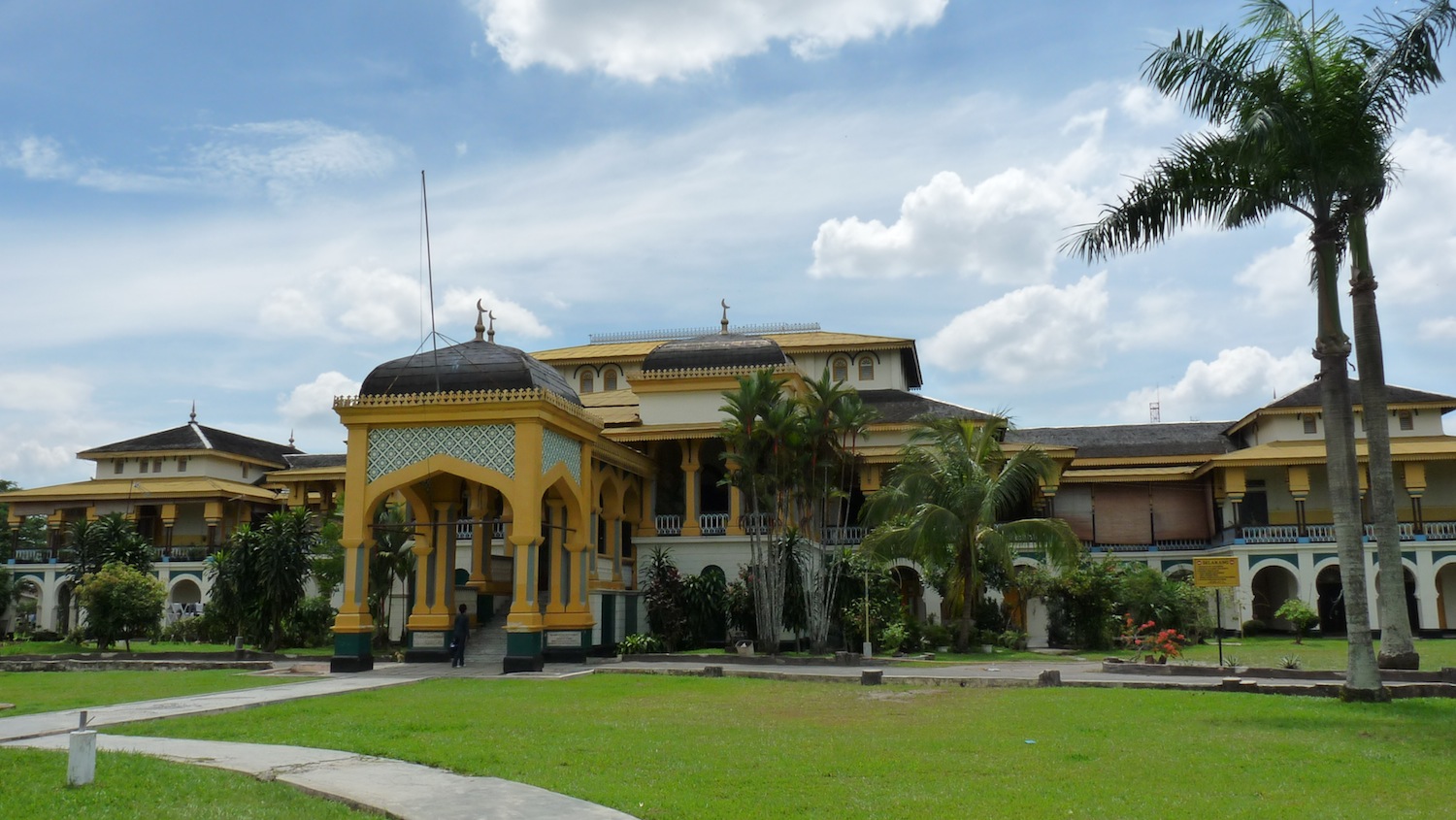 Not only iconic, this next Indonesia iconic landmark has quite high historical value. Being an icon of the Medan City, the majestic Maimun Palace is the Sultanate of Deli palace initiated by Sultan Ma’mun Al Rasyid.

Built in 1888 to 1891, the uniqueness of this popular landmark in Medan is not only its history but also its architectural style that combines elements of Malay cultural heritage, mixed with Islamic, Spanish, Indian, Dutch and Italian styles. Very interesting, isn’t it?

Have you ever seen the iconic “Christ the Redeemer” statue in Rio de Janiero, Brazil? You can also find similar one that become the landmark of Tana Toraja, located precisely at the top of the Buntu Burake hill. Having 40 meters high and stand at the top of a hill, this iconic statue can be seen from every corner of Tana Toraja area.