10 Indonesia Most Historical and Iconic Statues

Indonesia is one of the countries rich in cultures and tourist attractions as well. Apart from that, Indonesia also has various historical buildings which are a pity to miss. Iconic and historical statues in Indonesia are quite easy to find in several regions.

Here are 10 Indonesia most historical and iconic statues.

When you are visiting Jakarta you will most likely pass the location of this statue. The Dirgantara Statue or commonly called the Pancoran Statue is an iconic and historic statue in Indonesia that is easy to find when you are in Jakarta, because of its strategic location, on Jalan Gatot Subroto, Menteng Dalam, Pancoran District, South Jakarta City, the Special Capital Region of Jakarta.

The Pancoran statue rises about 27 meters high. It is made of bronze with a fantastic weight up to 11 tons. This statue looks very beautiful and handsome. Actually this statue has original name the Dirgantara Statue. However, nowadays this statue is often called the Pancoran Statue, because it is located at the Pancoran intersection. 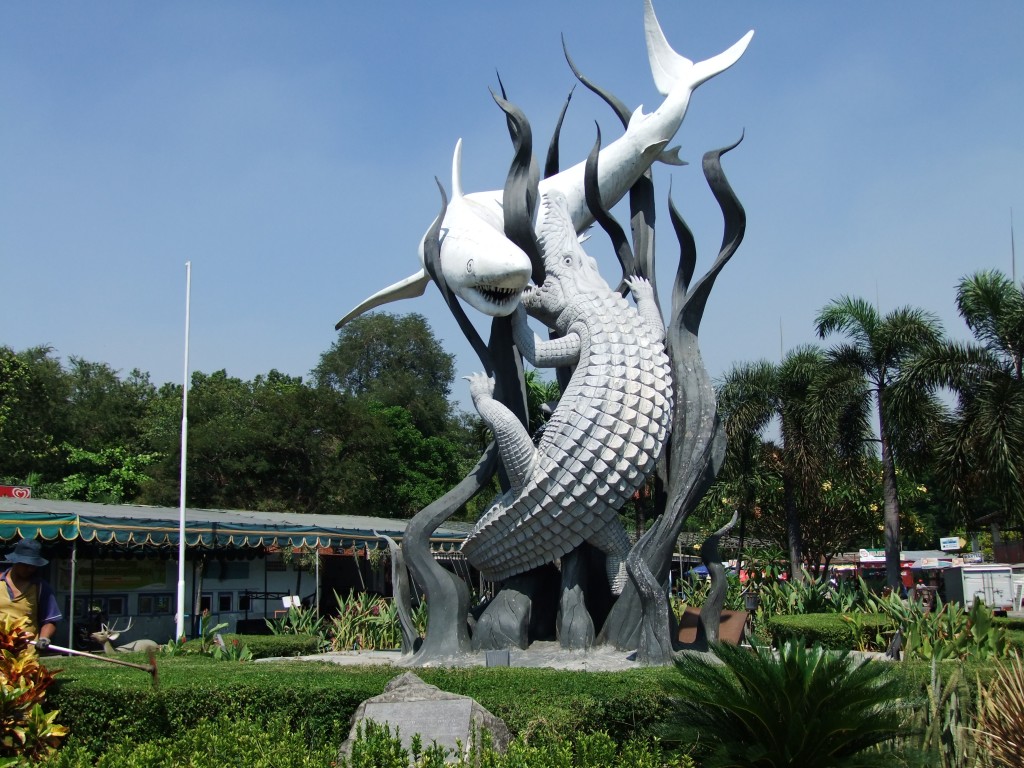 The Shark and Crocodile statue is very popular because this statue is one of the iconic and historic statues of Indonesia. The statue depicts the fight between a shark and a crocodile. It is strategically located at Jalan Diponegoro, Darmo, Wonokromo District, Surabaya City, Jawa Timur.

Behind its beauty, this statue holds a historical picture of the battle between the Sura (Shark) and Baya (crocodiles) which is closely related to the origin of the city of Surabaya. 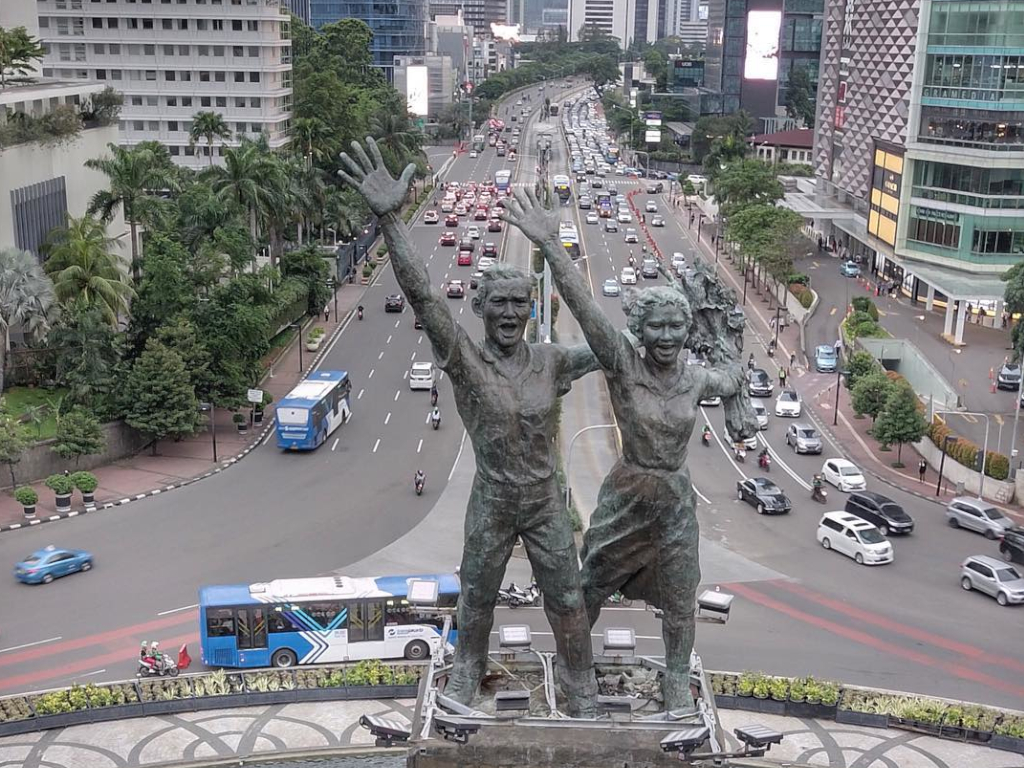 When you are visiting Jakarta, surely you will find a very large statue located right in the middle of the HI roundabout. This statue is usually called the Welcome Statue or the Welcome Monument. This statue stands proudly at the intersection of Jalan M.H Thamrin and Jalan Imam Bonjol, Jalan Sutan Syahrir, Jalan Kebon Kacang, Jakarta.

The Welcome Statue has been standing for a very long time. It was founded in 1962, on the idea of Indonesia’s first president, Ir. Soekarno. The statue is use as a welcoming statue for guests who come from various countries, because at that time Indonesia hosted the Asian Games. 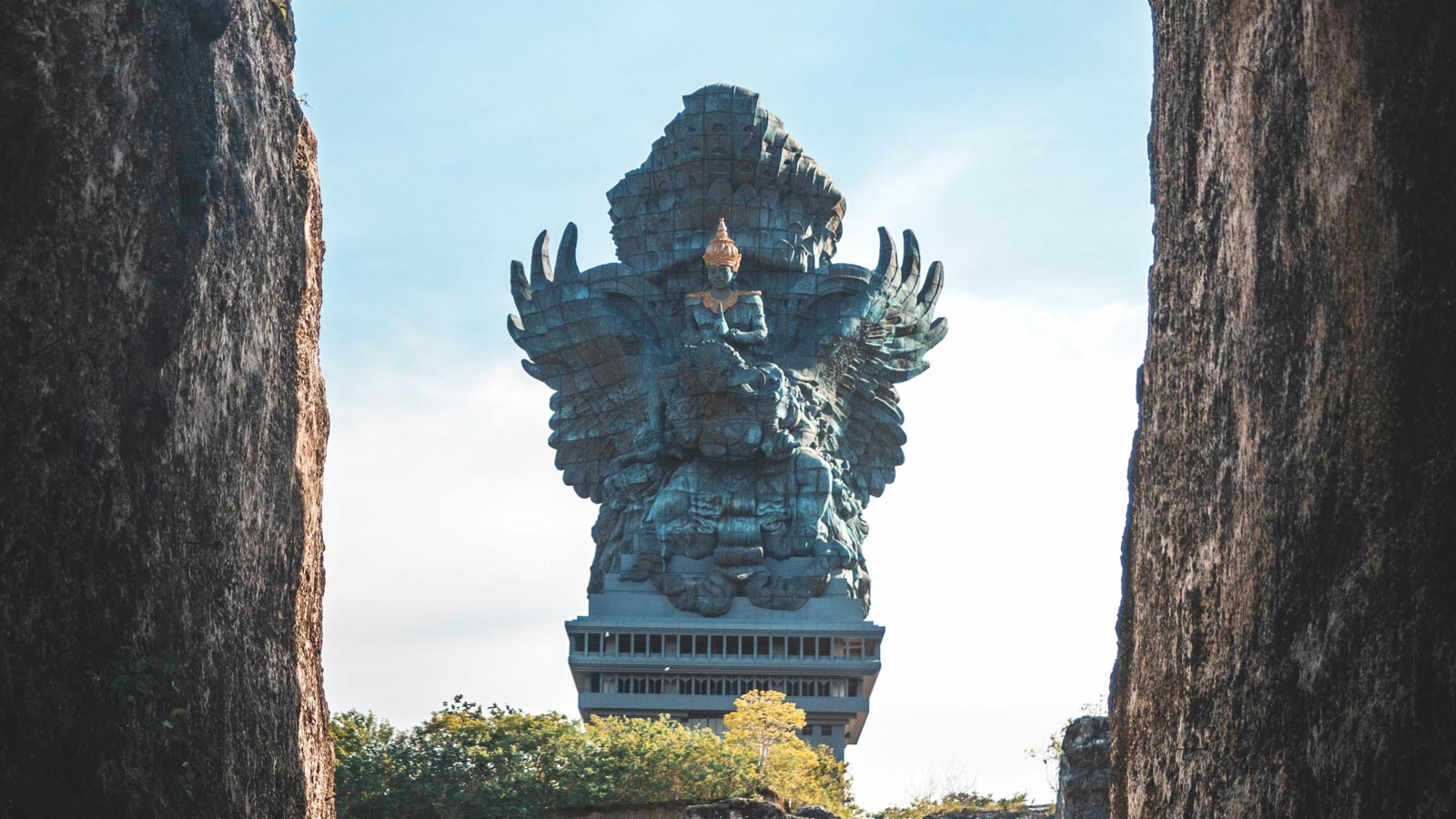 The next Indonesia historical and iconic statue is the Garuda Wisnu Kencana Statue. This statue is different from other statues in general, because the height of this statue will amaze you, reaching around 120 meters. The statue is very beautiful when immortalized in photos.

The Garuda Wisnu Kencana (GWK) statue is the tallest statue in Indonesia, even the height of this statue exceeds the Liberty Statue in America. The GWK is located on Jalan Raya Uluwatu, Ungasan, South Kuta District, Badung Regency, Bali. 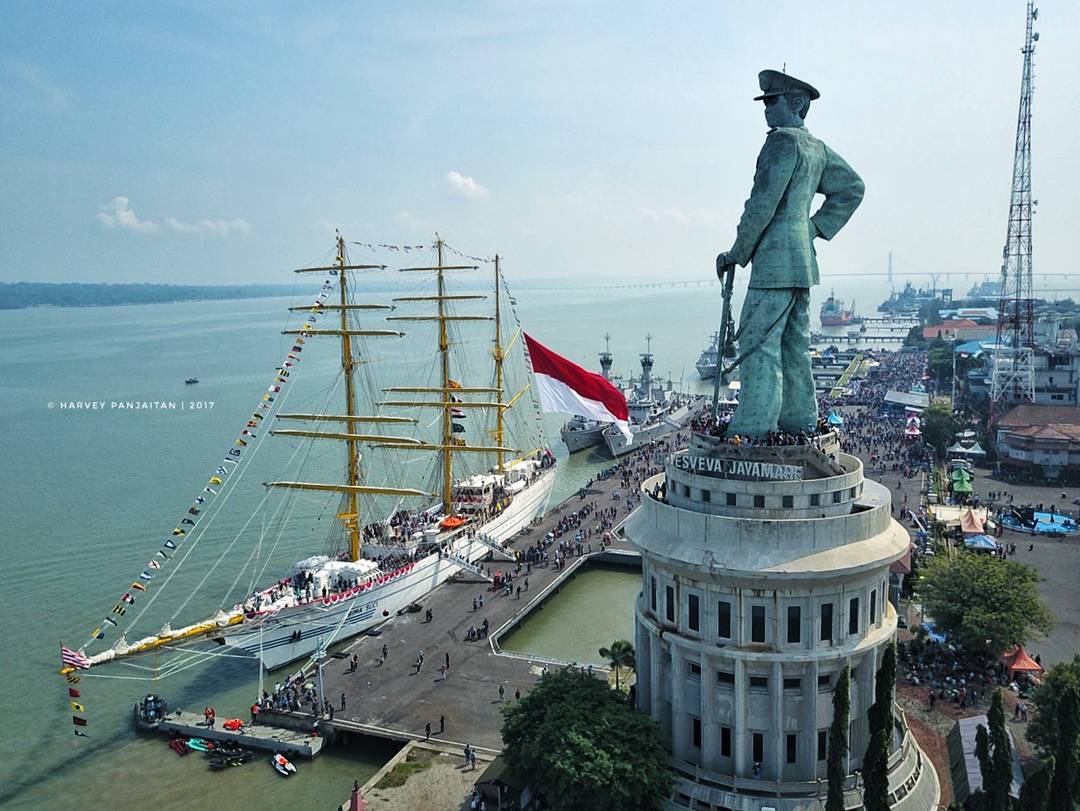 Surabaya is a city with a lot of tourist destinations. Apart from natural tourism, Surabaya also has tours that are closely related to history or culture. One of the historical tours in Surabaya is to visit the Jalesveva Jayamahe Statue.

Another historical and iconic statue in Indonesia is the Pancasila Sakti Monument in Jakarta. This monument contains seven figures of Indonesia national heroes.

Apart from those figures, the Pancasila Sakti Monument also has a Garuda Pancasila statue that stands majestically behind the heroes’ statue. Various symbols and historical values exist on this iconic monument. 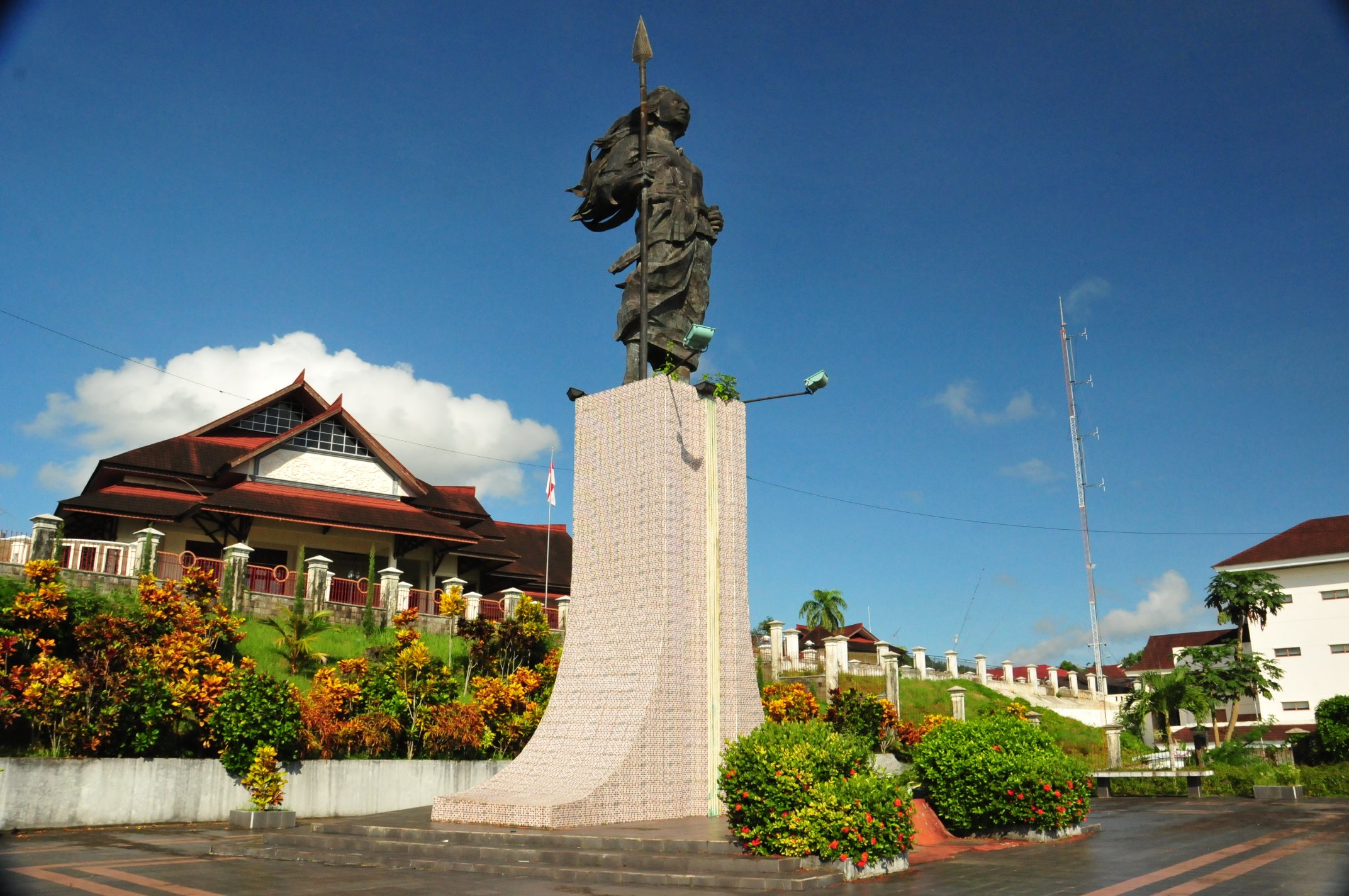 While visiting Amantelu, Sirimau, Ambon City, Maluku Province, you can find one another iconic and historic statue of Indonesia, which is the statue of Martha Christina Tiahahu. The statue is made to commemorate a brave heroine from the land of Maluku, who fought since a young age. The beautiful panorama of Ambon City can be enjoyed from around the magnificent Martha Christina Tiahahu statue. 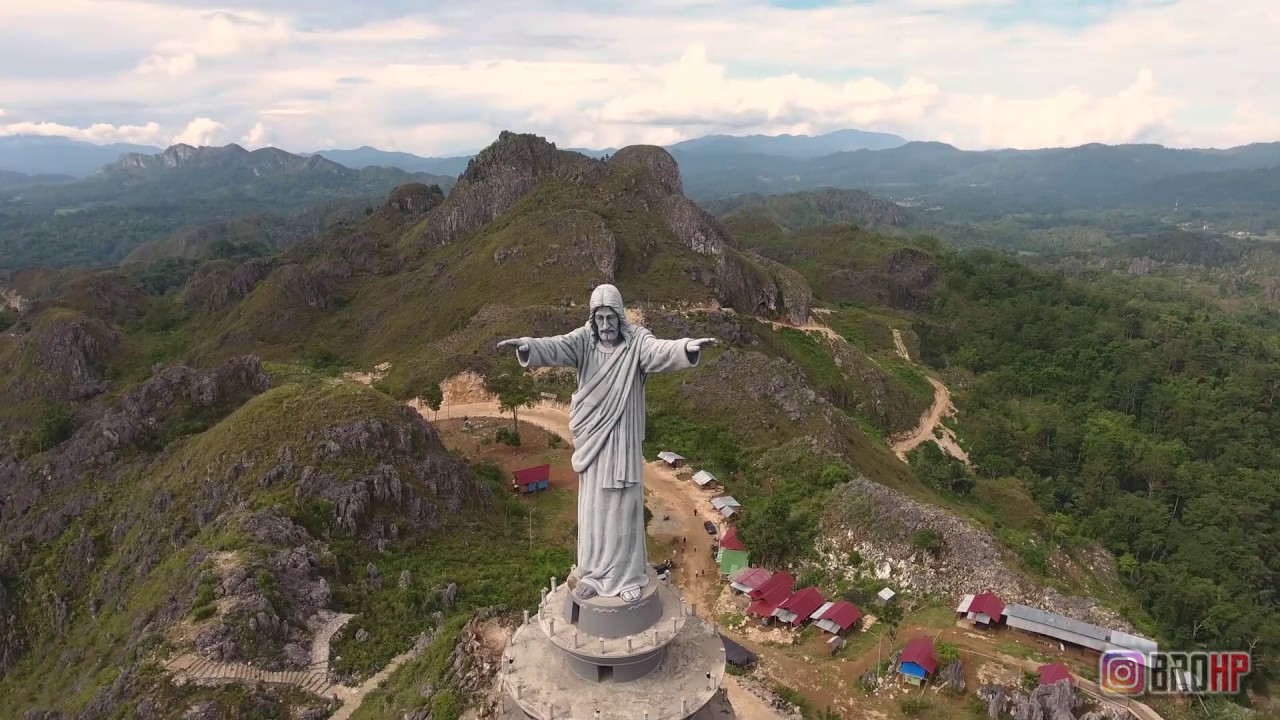 Talking about Indonesia most historical and iconic statues, the Patung Yesus Memberkati (Jesus Christ Blessing Statue) located in Tana Toraja is also one of them. This statue is located in Buntu Burake, Makale, Tana Toraja Regency, South Sulawesi.

This iconic and historic statue has a height of up to 40 meters and stands at the top of a hill. Because it is quite high, this statue can be seen from every angle of Tana Toraja. 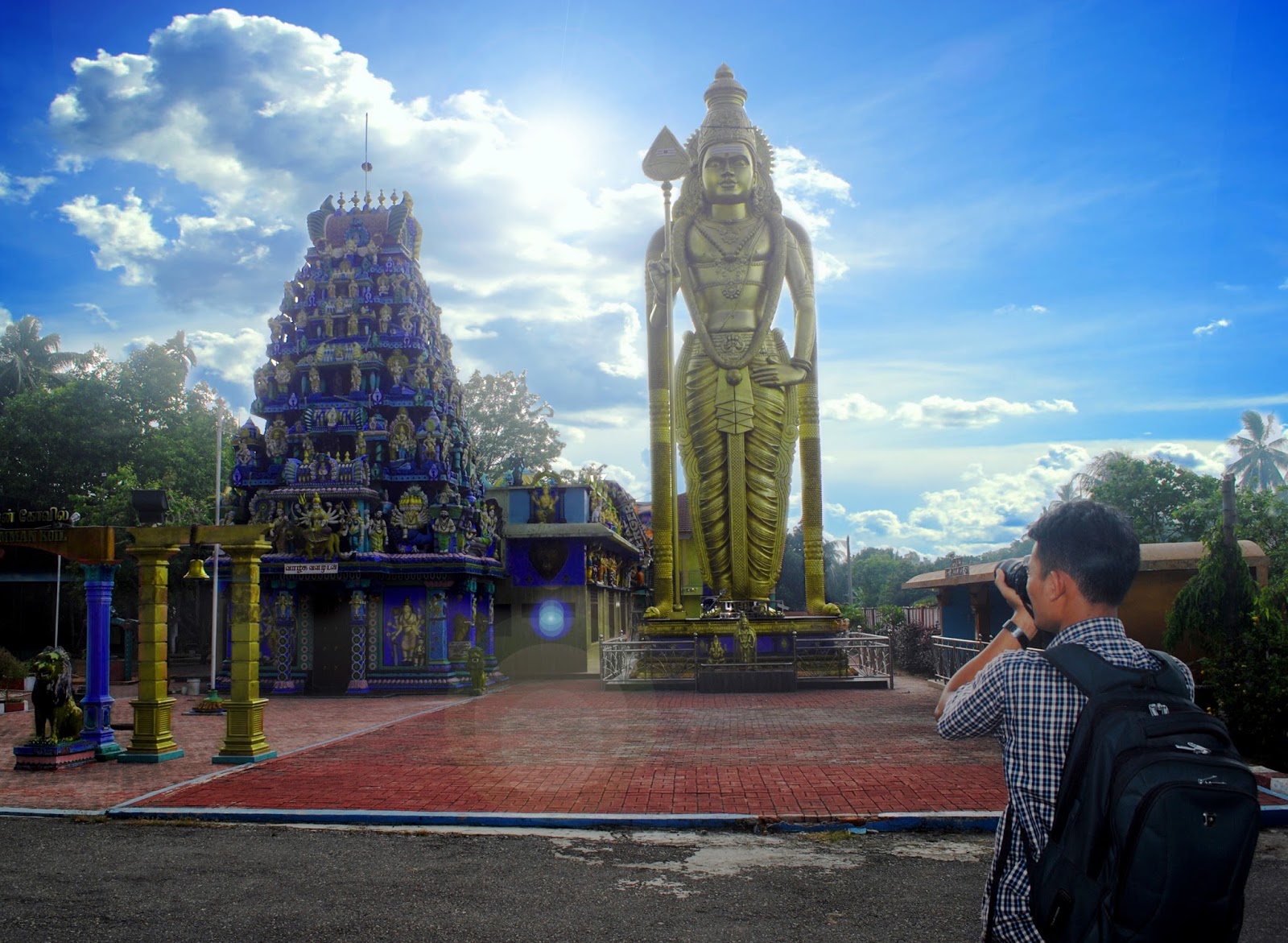 The statue of Dewa Murugan in Langkat Regency is one of the iconic and historic statues of Indonesia. The location is on Jalan Ibadah, Padang Cermin Village, Selesai District, Langkat Regency, North Sumatra.

The statue of Dewa Murugan has a shape similar to the statue in Batu Cave, Malaysia. This statue has a height of up to 16 meters. The statue’s golden and striking color is the main attraction. 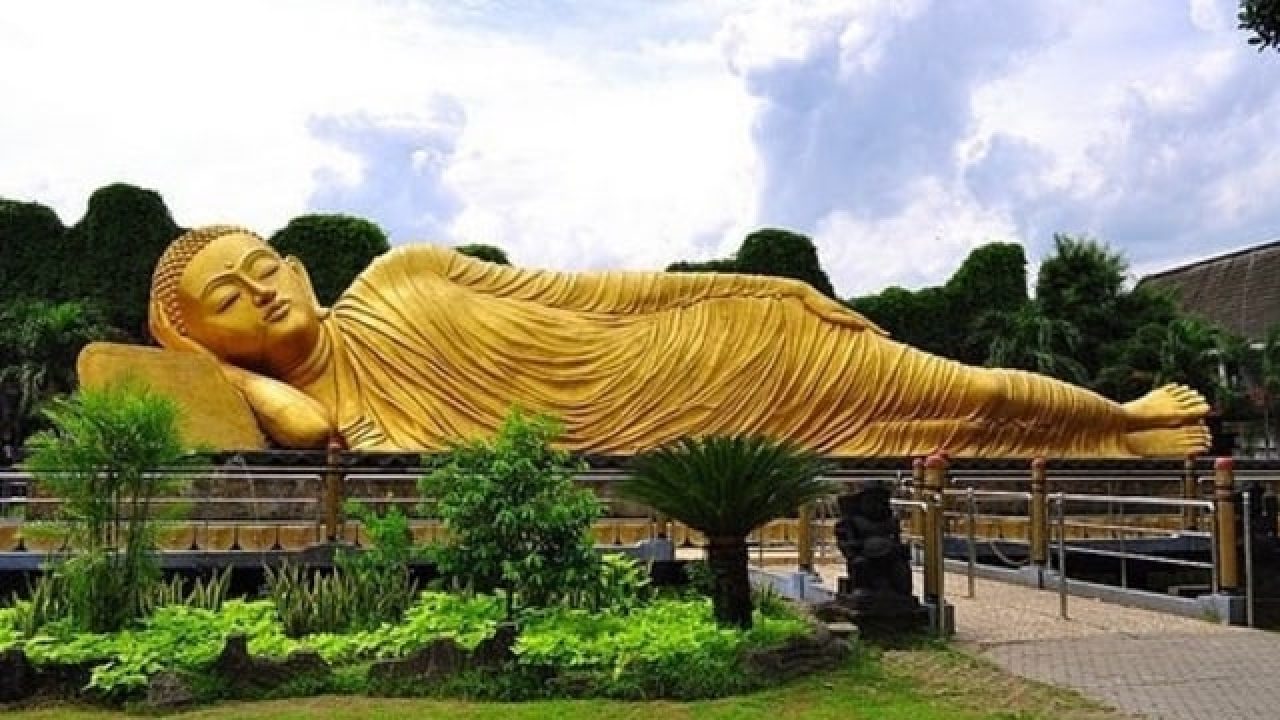 This historical tourist attraction has attract many local and foreign tourists. Inside the tourist complex, there is a miniature of the Borobudur Temple. This iconic statue was initiated by Viryanadi Mahathera who is a monk and sculpture craftsman in the Trowulan District.