12 Most Popular Tourist Destinations in Wakatobi

The natural beauty in Eastern part of Indonesia seems to be endless. One destination which is getting popular is Wakatobi. It has been well known among divers from all over the world because of the beauty scenery of the underwater world. More than 942 fish species and 750 coral species are recorded to inhabit the Wakatobi waters.

Wakatobi is a district in Southeast Sulawesi Province with the capital in Wangi-Wangi. Since 1996, Wakatobi has been designated as Indonesia’s national park and the world’s natural reserve for marine biosphere by UNESCO.

The name Wakatobi is an acronym for Wakatobi’s four main islands namely WAngi-Wangi, KAledupa, TOmia, and BInongko. Other than the four islands, there are several other small islands in the Wakatobi region, including Hoga Island, Kapota, Anano and Rundumana.

The main activity when visiting Wakatobi is diving into the spectacular underwater beauty. You can dive in almost any area of Wakatobi waters, but the most popular ones are Onemohute in Wangi-Wangi and Roma (Roma’s Reef) in Tomia.

Roma’s Reef is one of the most famous ‘busy’ coral reef compared to other. Located at a depth of 15 to 25 meters, you can see the colorful colors of coral reefs and rows of fishes as well as other beautiful marine animals. This spot is also safe for beginner divers. Other interesting diving locations in Tomia are Cornucopia and Coral Garden.

Don’t worry if you can’t dive yet, the natural scenery above the waters is also beautiful. You can just snorkel or chat with some dolphins that often appear on the surface. One of the best places to see dolphins is at the Port of Mola Raya which can be reached in 20 minutes by chartered boat from Wanci City, Wangi-Wangi.

Beach tourist attractions are common especially in Eastern part of Indonesia. One of them is the Hoga Island. Soft white sand and clear beach water will make you forget the time. Hoga Island tends to be calmer compared to other main islands in Wakatobi. Its location which is only separated by a small strait with Kaledupa Island adding the uniqueness of this beach.

You can try to spend the night at Hoga Dive Resort and feel the sensation of the beach that seems to be yours. Because it is free from light pollution, Hoga Island can also be an amazing stargazing place. 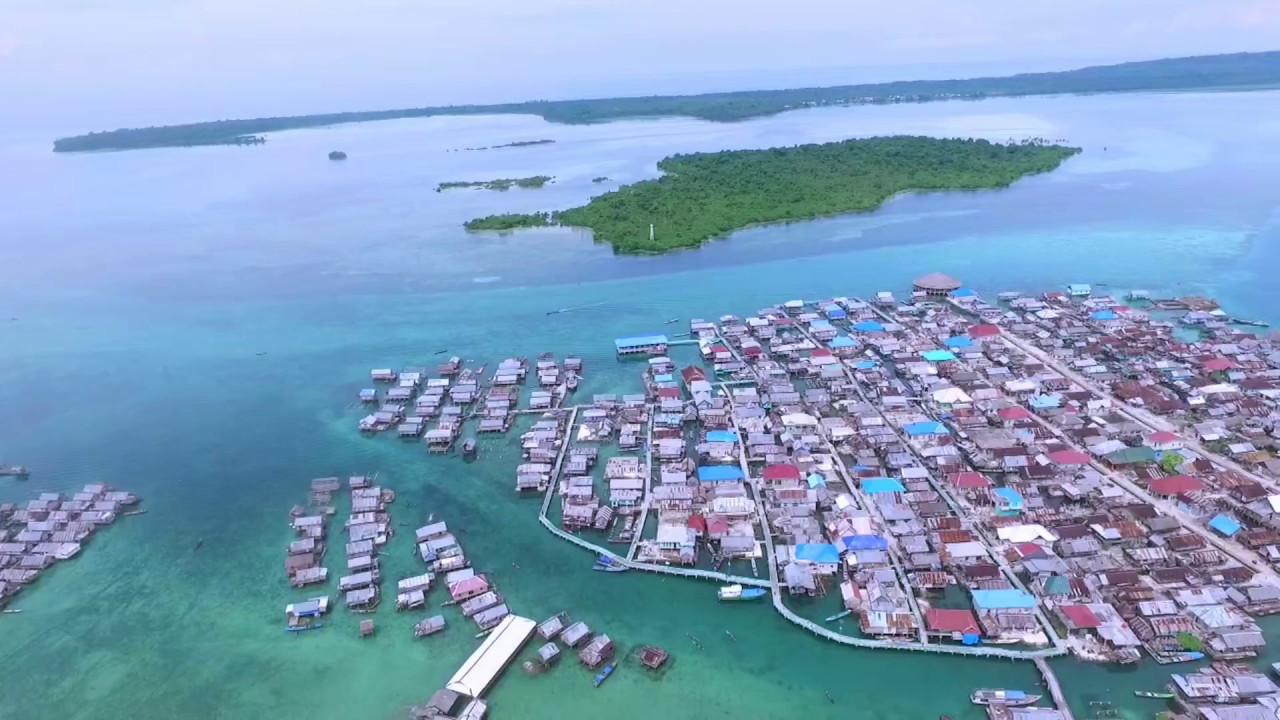 Wakatobi residents are already famous for their hospitality. On the coast of Kaledupa Island, you can find the village of Bajo Sampela. Bajau Tribes are basically scattered in several places in Wakatobi, for example the Bajo Mola Tribe in Wangi-Wangi. Bajo Tribe or known as sea gypsies according to history is the oldest sea nomadic tribe in Wakatobi. No wonder their settlement is always in the coastal area.

Entering the mainland, there is the Pajam Village which is the oldest village in Wakatobi. In this village, you can meet the residents who produce Wakatobi fabrics. This fabric is suitable for your Indonesia holiday souvenirs.

As the name implies, this tourist destination is very famous for its beauty. Kahyangan Peak, located on Tomia Island, is a grass hill that offers spectacular views of Wakatobi from a height. Located 30 minutes from Usuku (East Tomia), this place is a favorite location for photographers to see the sunset.

You can also spend the night in the hilly area and enjoy the view of the Tomia starry sky which is far from city light pollution. In the morning, you will be welcomed by the view of the sun rising with its warm rays. 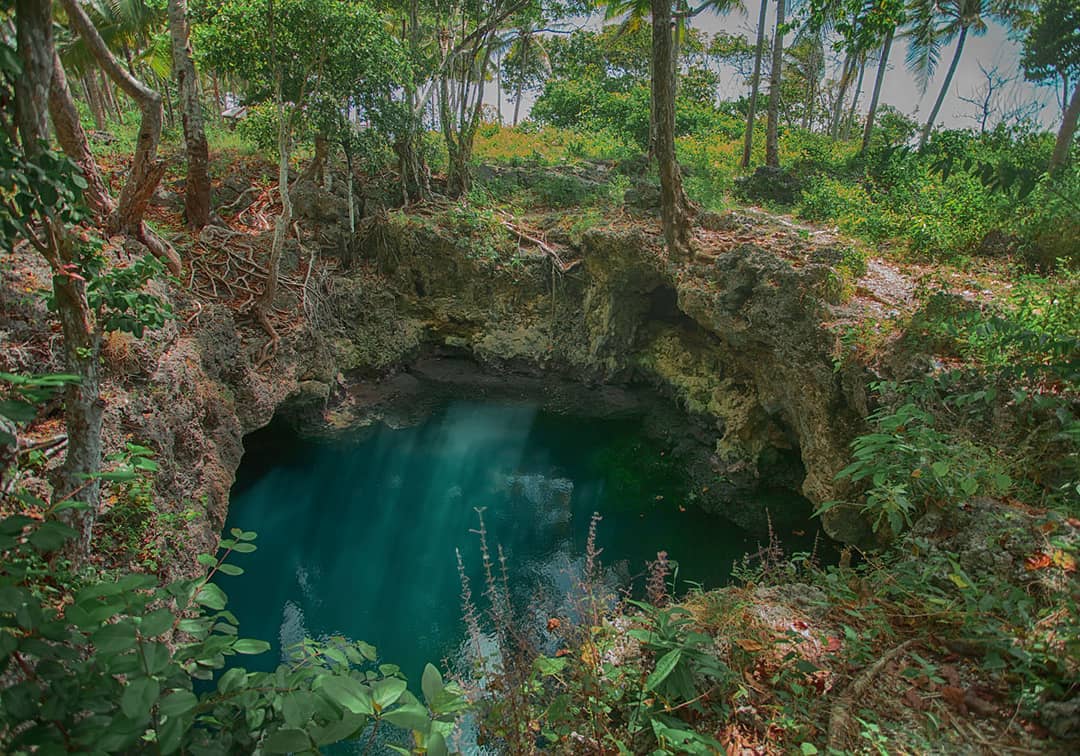 Hendaopa Natural Bath is located in the village of Wawotimo, the summit of Mount Tomia. This bath is very unique because of the shape of a cave that goes into the ground. From the outside, this place looks like an ordinary hole, but it actually form a pool of fresh water that is clear and beautiful. Hendaopa Natural Baths are still not widely known by tourists, so it’s no wonder that access to this location is very limited.

Wakatobi is quite famous for its natural cave tourism and groundwater flow in it. There are as many as 12 caves scattered on the islands of Wangi-Wangi, Kaledupa and Tomia. The most popular one is the Kontamale Cave in Wanci, Wangi-Wangi.

On the ceiling of the cave often found charming stalagnites. With its clear water, many residents use this cave as a source of water for bathing and washing. Even so, the water in this cave is never muddy.

7. Sombano, A lake in the middle of the Mangrove Forest 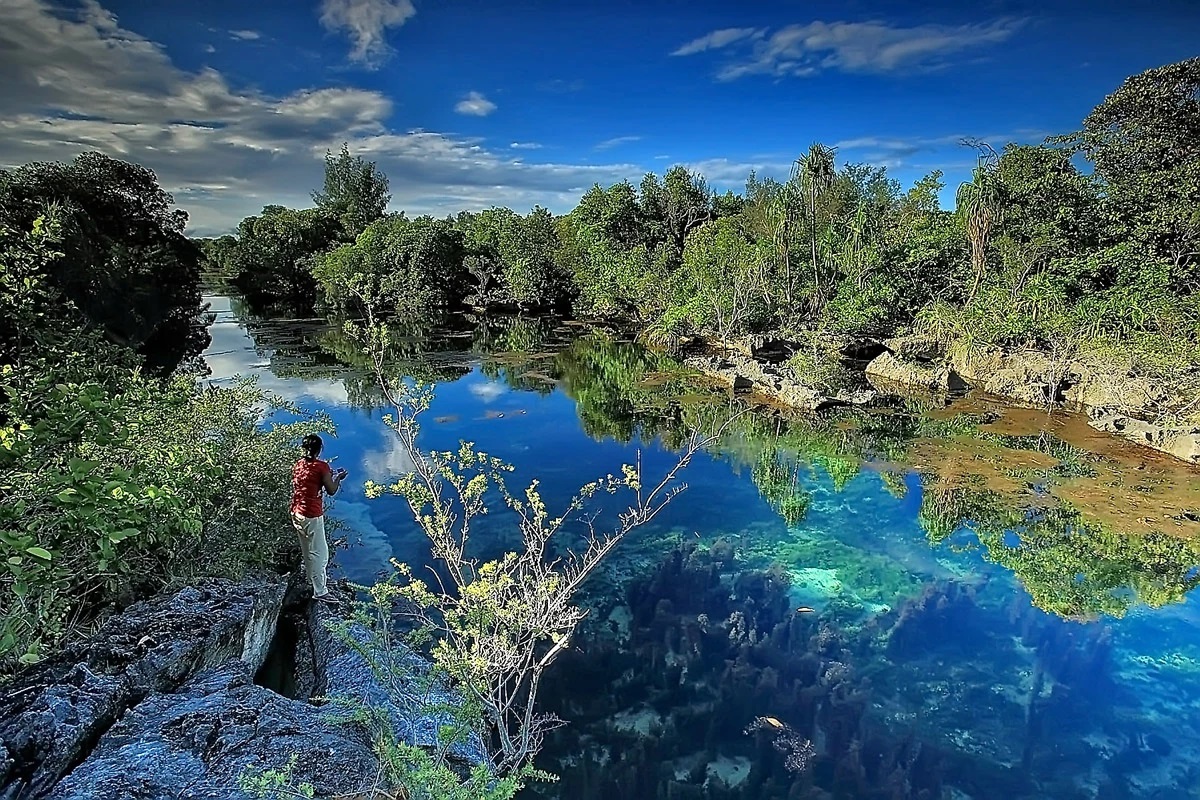 Sombano is a lake formed in the Kaledupa Island Mangrove Forest. Various types of exotic plants such as orchids and various pandan species can be found here. Another interesting one is the appearance of red shrimp on clear brackish waters. You might be tempted to swim, but the locals don’t recommend it because there is a legend about the black crocodile of Lake Sombano which is feared to appear when you swim there. Although it is not recommended for swimming, the beauty of Lake Sombano still amazes visitors. 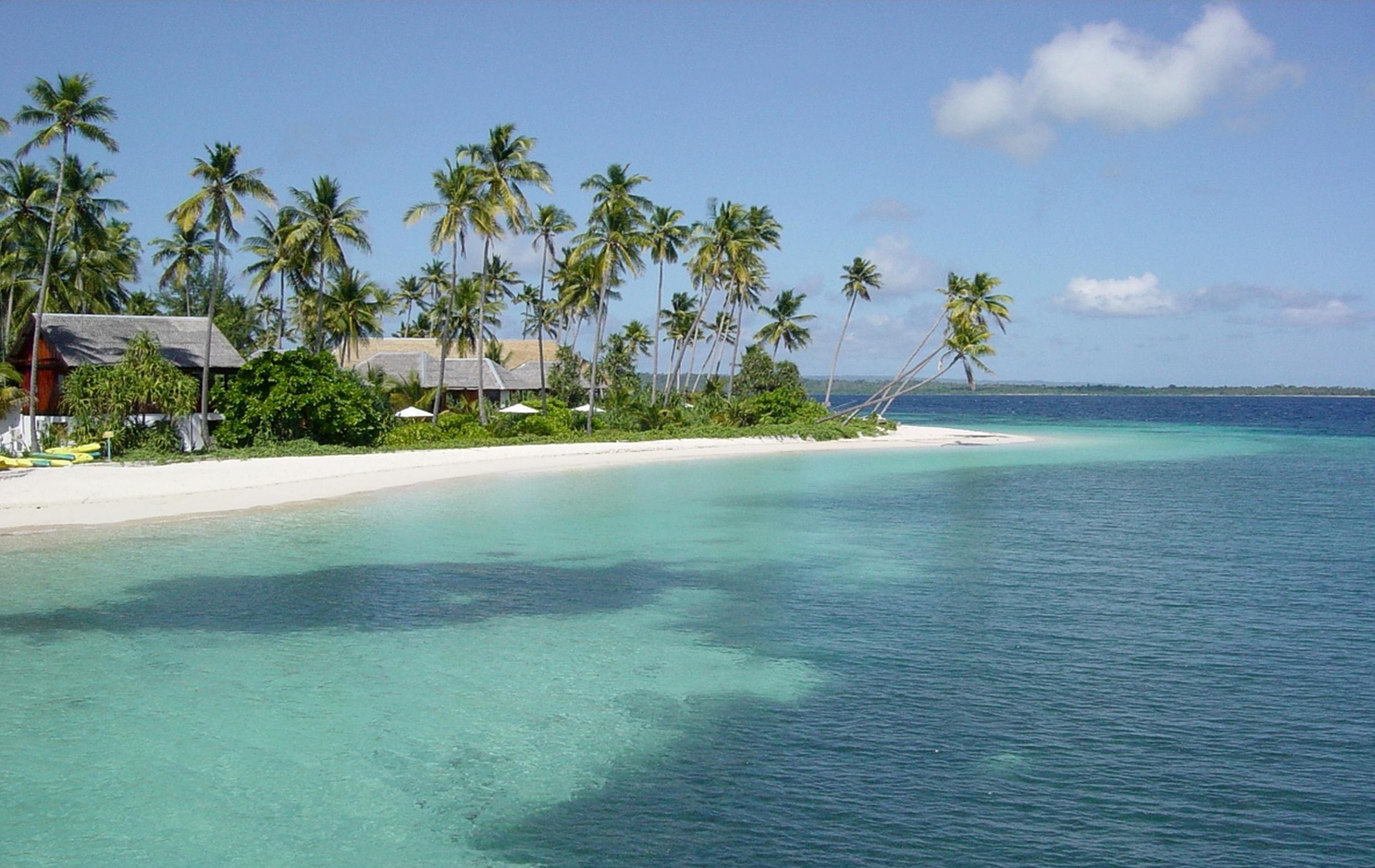 Anano that has a nickname of the Thousand Turtles Island is a small uninhabited island in Wakatobi. Named a thousand turtles island because this is where the location of green turtle and hawksbill turtles colonies to lay eggs.

The beach view is also very beautiful with fine white sand and very clear water. Do not miss the sunset view on Anano Beach that will amaze you even more. 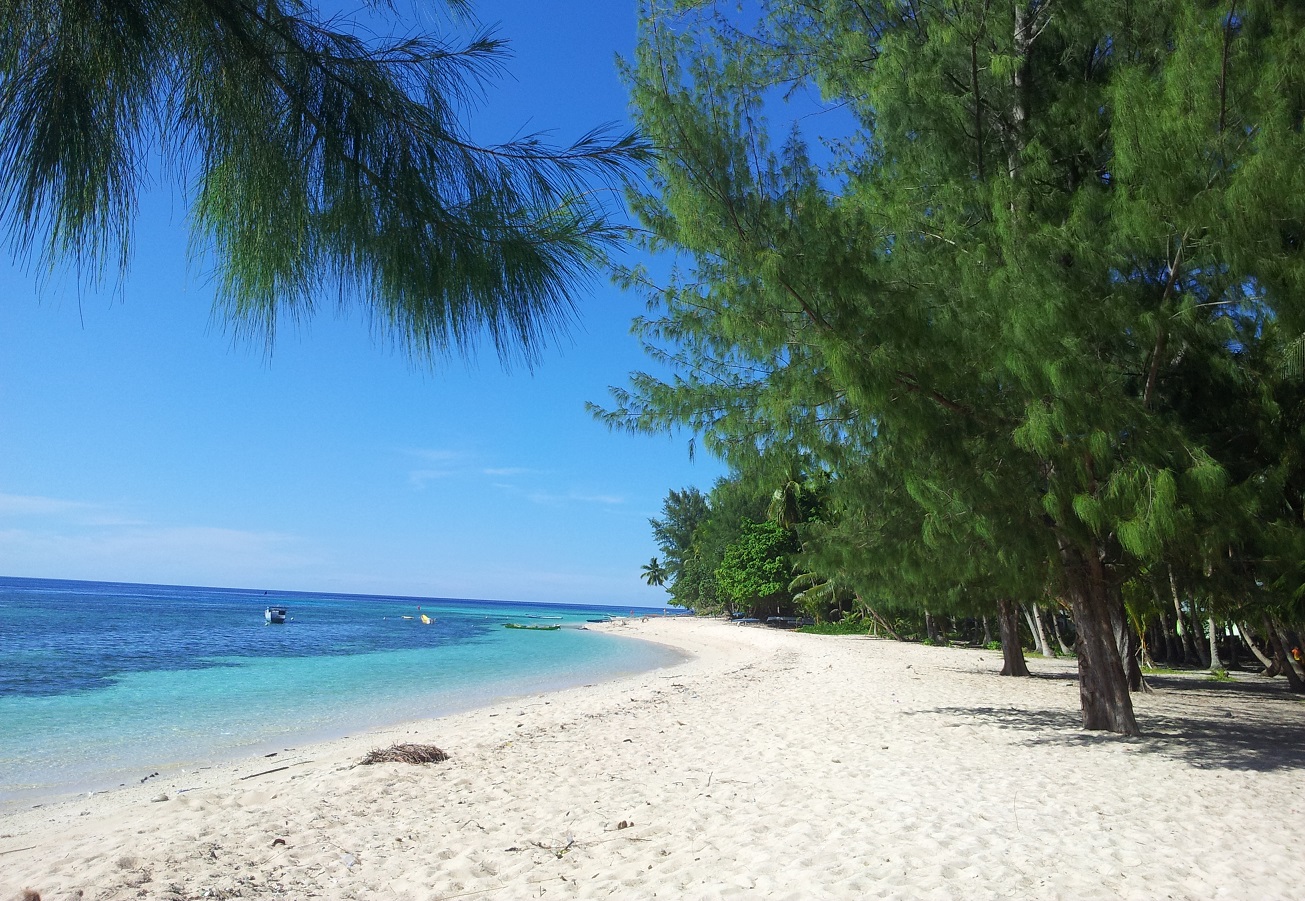 Cemara Beach is classified as one of modern beaches in Wakatobi. The location is not far from downtown Wangi-Wangi Island. Public facilities for tourists are also quite complete. Here, you can find food stalls easily. For those of you who want to learn diving, there are diving courses available. Another activity you can do here is playing watersport like the Banana Boat. 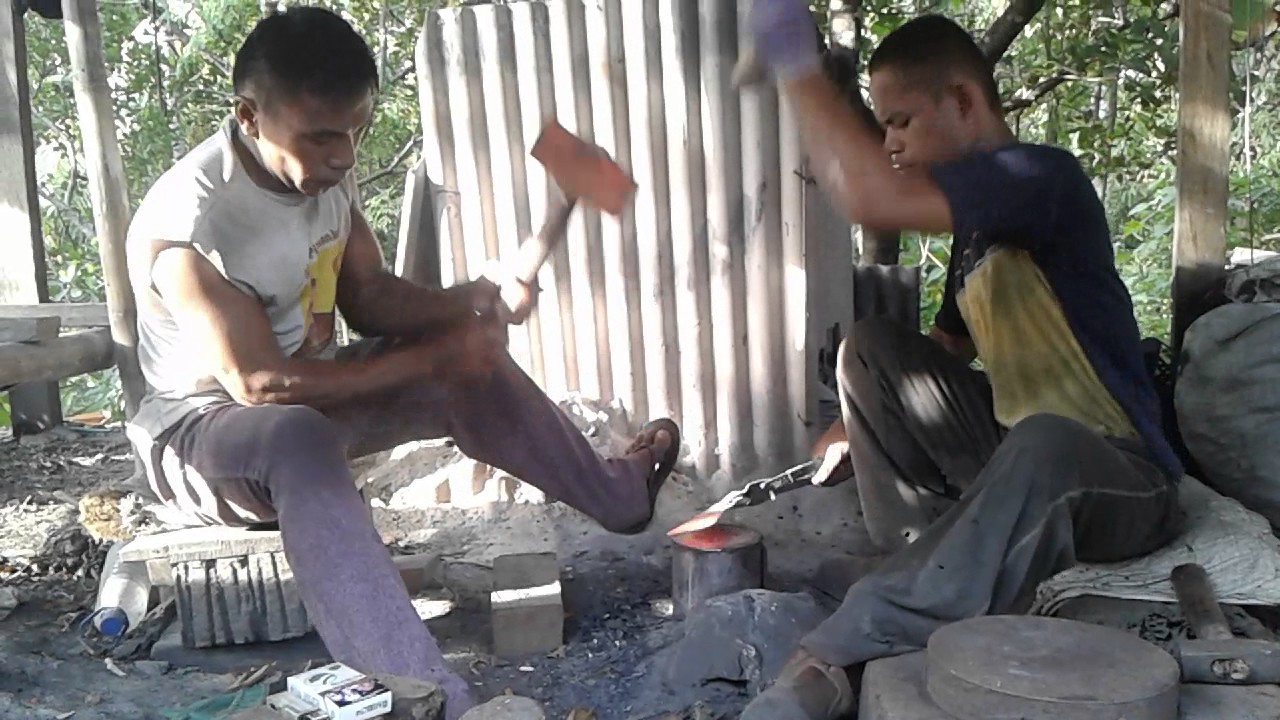 Like the other islands in Wakatobi, Binongko is also famous as a spot for diving and snorkeling. Besides that, most of the villages on Binongko Island are also relatively traditional.

Binongko Island is known for the expertise of its iron workers who are able to create various kinds of iron and steel equipment with reliable quality. Iron and steel products from this island can even be the best in Indonesia. Thanks to the friendliness of its residents, you can also see the iron and steel carpentry process here.

11. Exploring the Sacred Forest of the Wakatobi Community, Tindoi Forest

Tindoi Forest is one of the protected forest that has been saved by community members from four villages, namely; Posalu Village, Waginopo Village, Tindoi Village and East Tindoi Village, in the Wangi-Wangi District.

This forest is located at an altitude of 800 m above sea level and is about 10 km from Wanci City. Here you will find a lot of exotic typical of tropical rain forests plants. Large trees add the fresh atmosphere of this forest. 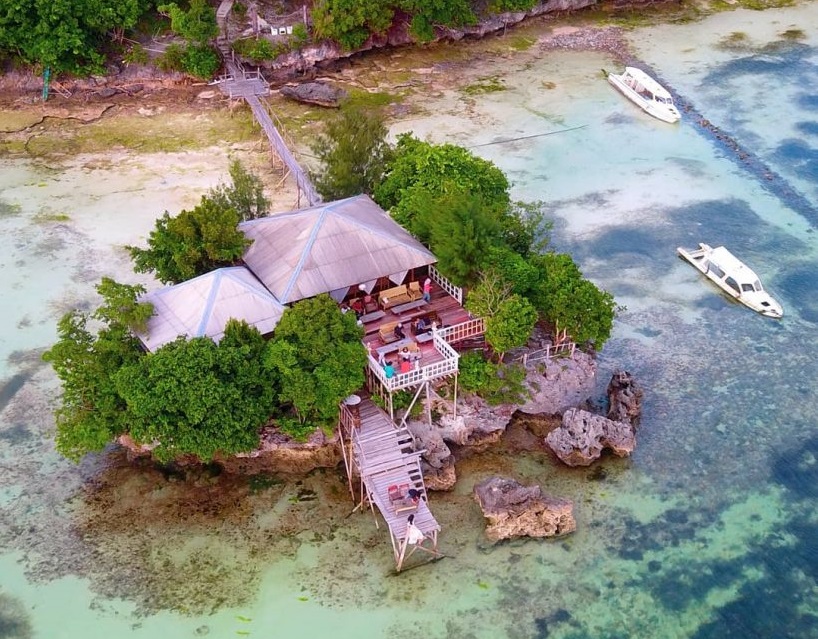 Want to enjoy dinning atmosphere with stunning views of Wakatobi Beach? Just come to Wasabinua Resto. Wasabinua Resto & Coffee stand on a unique small coral island. The food menu offered is mostly Asian-style delicious seafood dishes. Not only can you enjoy delicious food and drink, you will also be served by Wakatobi’s amazing natural scenery.