15 Delicious Indonesian Foods You Should Taste

Indonesian food is known for its unique combinations of various kinds of spices. It is always on display in the world culinary festival because of the uniqueness. Most of Indonesian dishes use spices that cannot be found in other countries.

Indonesia has various types of typical foods from every region which some of them are already well known internationally. We have compiled 15 Delicious Indonesian foods that you must try while having holiday in Indonesia. They are quite familiar with the tongues of foreigners and very tasty. 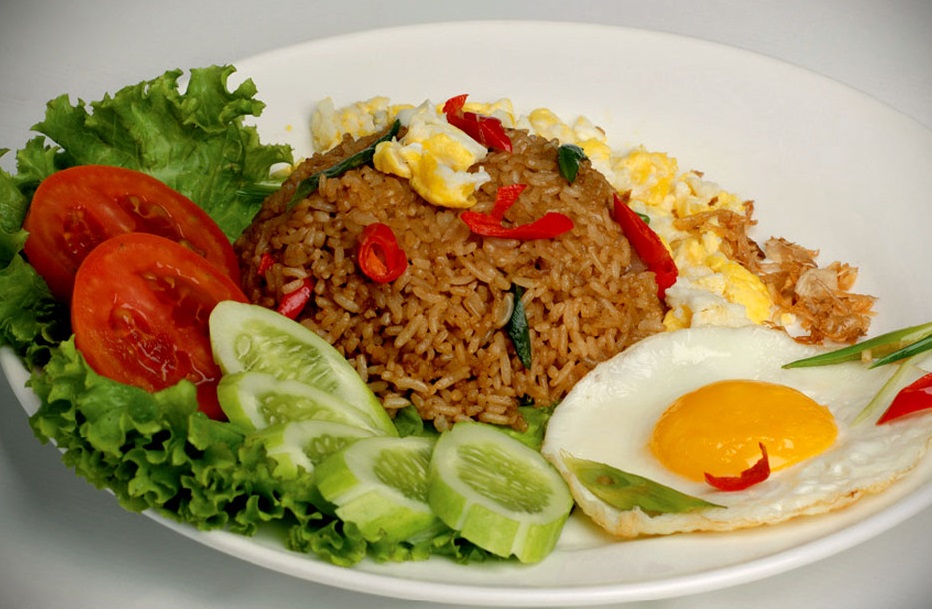 Nasi Goreng is a meal composed of fried rice, vegetables, chicken (prawns, salted dried-fish, goat meat or anything of your choice), chilli, eggs and onions. Nasi means “rice” and goreng means “fried”. It can be found almost anywhere in Indonesia.

Babi Guling or Balinese roast suckling pig is one of Bali’s most famed dishes. It is a whole pig roasted over a fire and cooked to perfection.The pig is stuffed and infused with a spicy concoction typically involving turmeric, coriander seeds, lemongrass, black pepper and garlic, and traditionally spit-roasted. 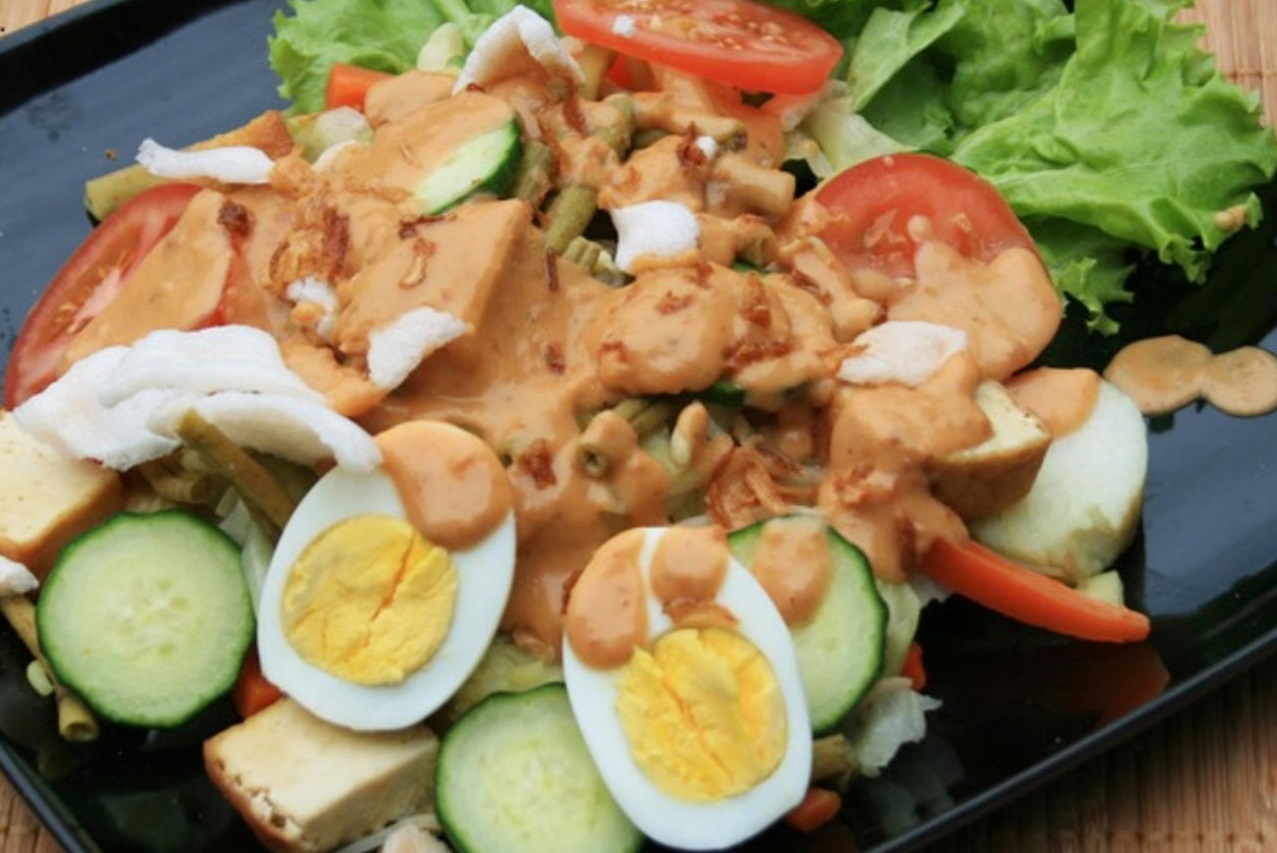 Gado-gado is a mix of vegetables with peanut sauce. The ingredients are mainly from assorted veggies such as cabbage, spinach, bean sprouts, kangkung and green bean. This meal is often spicy, so it is generally served with Lontong (very compact rice) to calm the spicy taste.

Bakso or Baso is a soup served with noodles, vegetables and meatballs. These meatballs are usually made from chicken, beef or pork. Its texture is similar to the Chinese beef ball, fish ball, or pork ball. 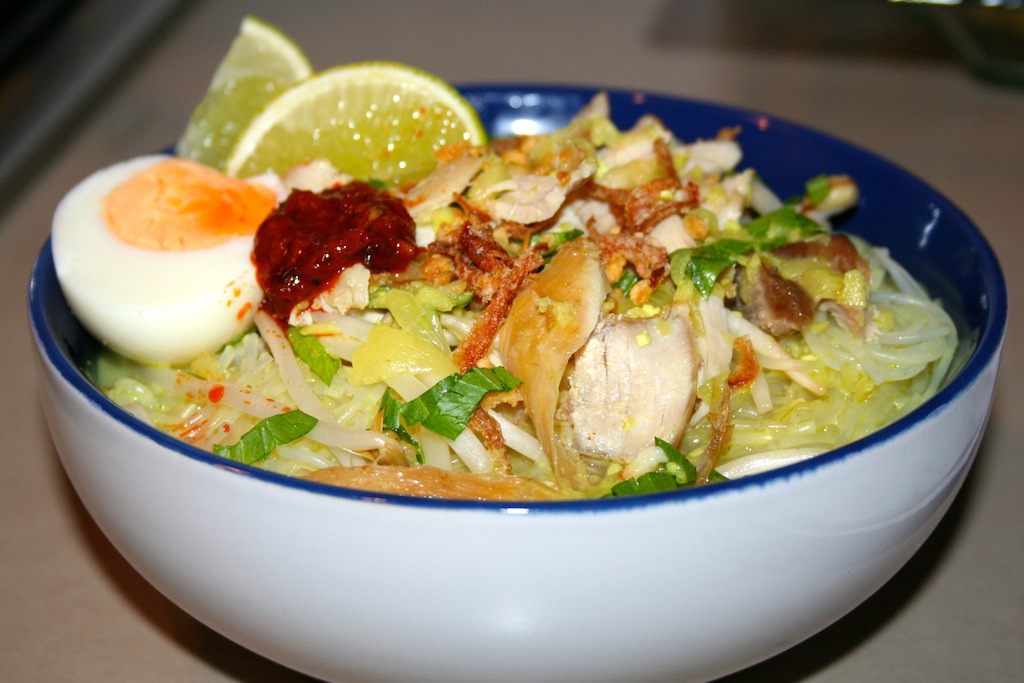 Soto is a soup served with beansprout and minced meet. You can also have a hard-boiled egg with this meal. There are so many variants of soto in Indonesia. It depends on which region it comes from. They have Soto Kudus in Central Java, Soto Betawi in Jakarta, Coto Makassar in Sulawesi, and a lot more. 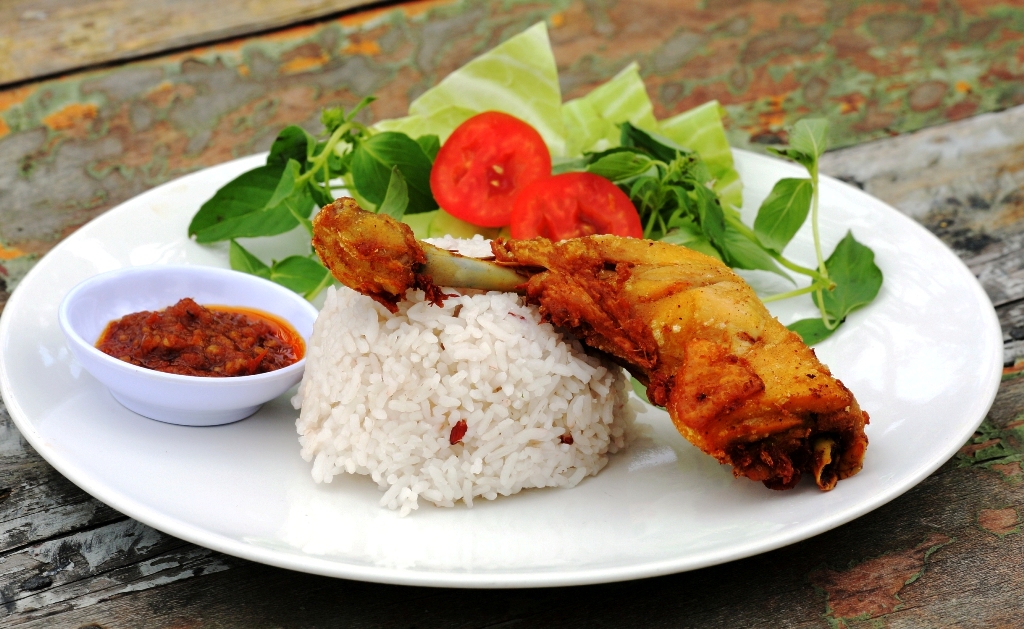 Ayam Goreng Lalapan is a fried chicken with chili sauce served with vegetables. It is very crispy on the outside, juicy on the inside and served with a small dish of lalapan chili sauce and small triangular wedges of cabbage and a couple of slices of cucumber, plus a stem of light green colored basil. 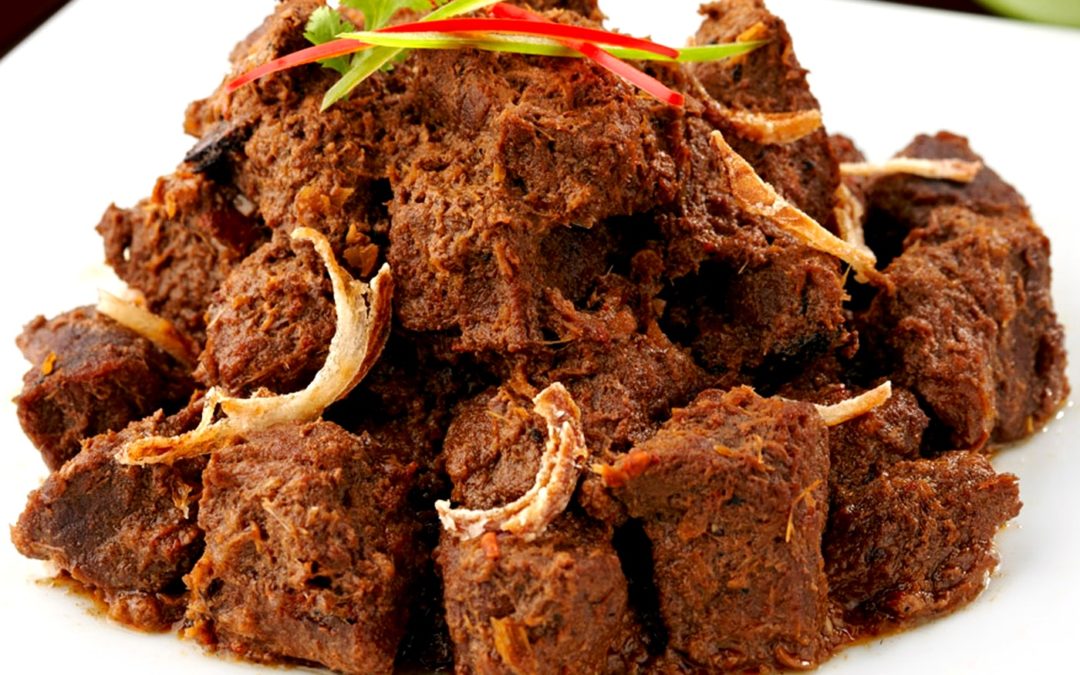 Rendang is simply Indonesian’s traditional well-done steak. This spicy meat dish is from West Sumatra that is well-known for its love for anything spicy. 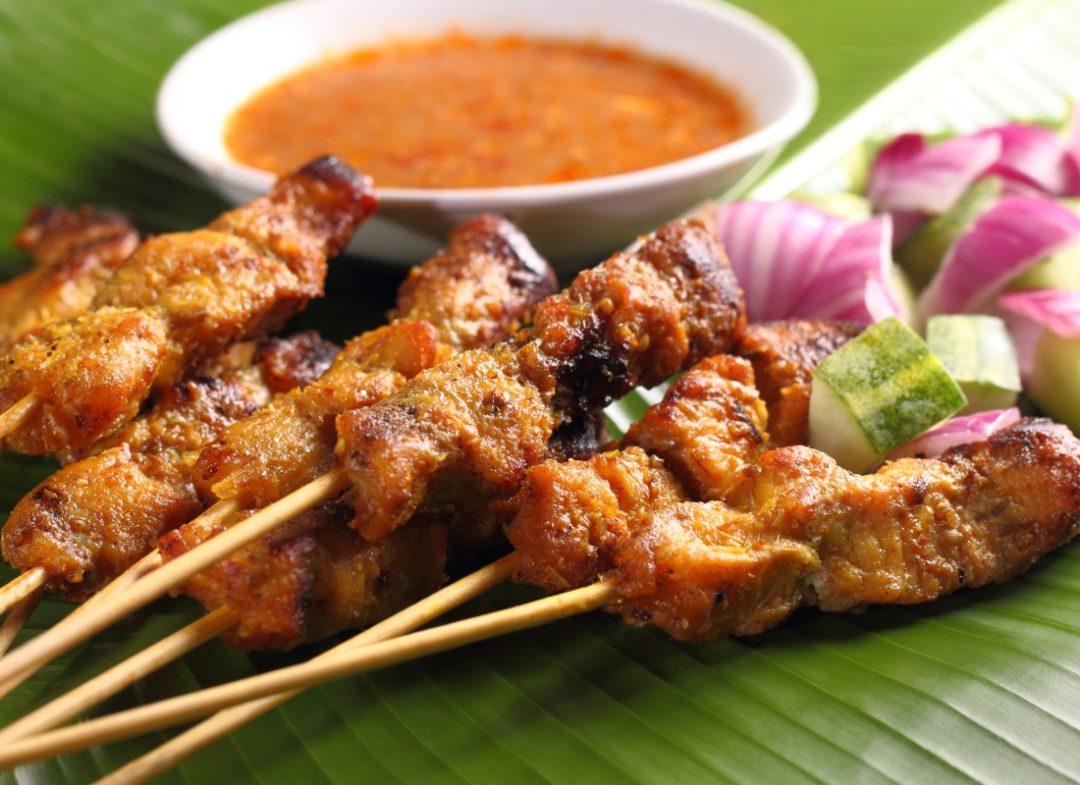 Sate or satay is a dish that consist of small pieces of meat grilled on a skewer and served with a spiced sauce that typically contains peanuts. It can be made from chicken, beef or pork. 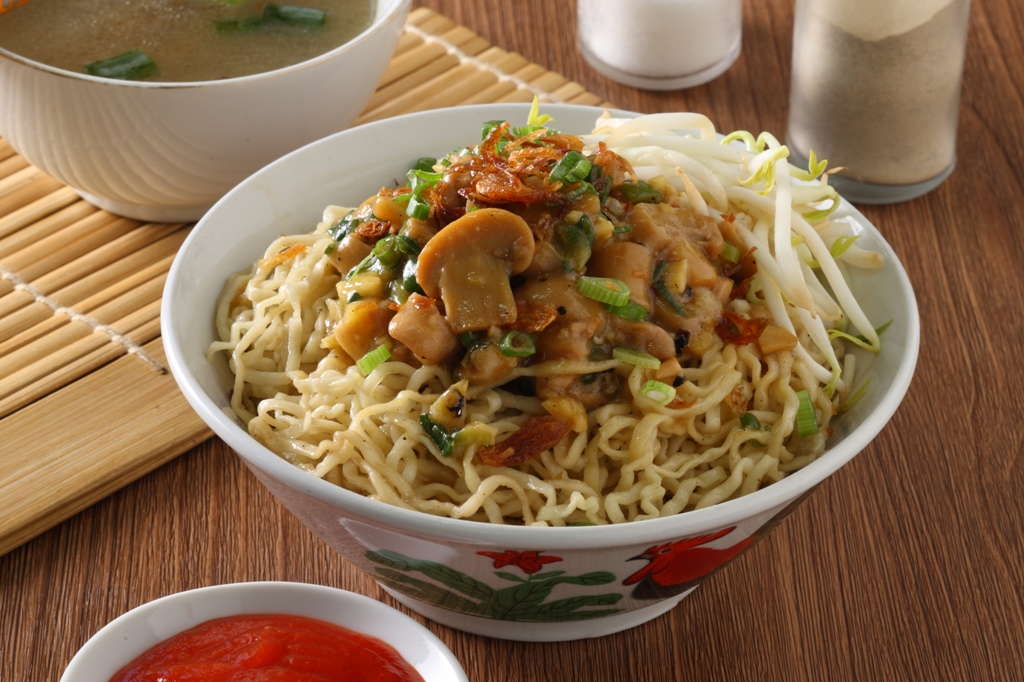 Mie is a popular dish in Indonesia. Mie Ayam is another variation of noodle dish is served with chicken broth soup. It is usually topped with sweet seasoned chicken, scallion, kai choy, and dumplings. 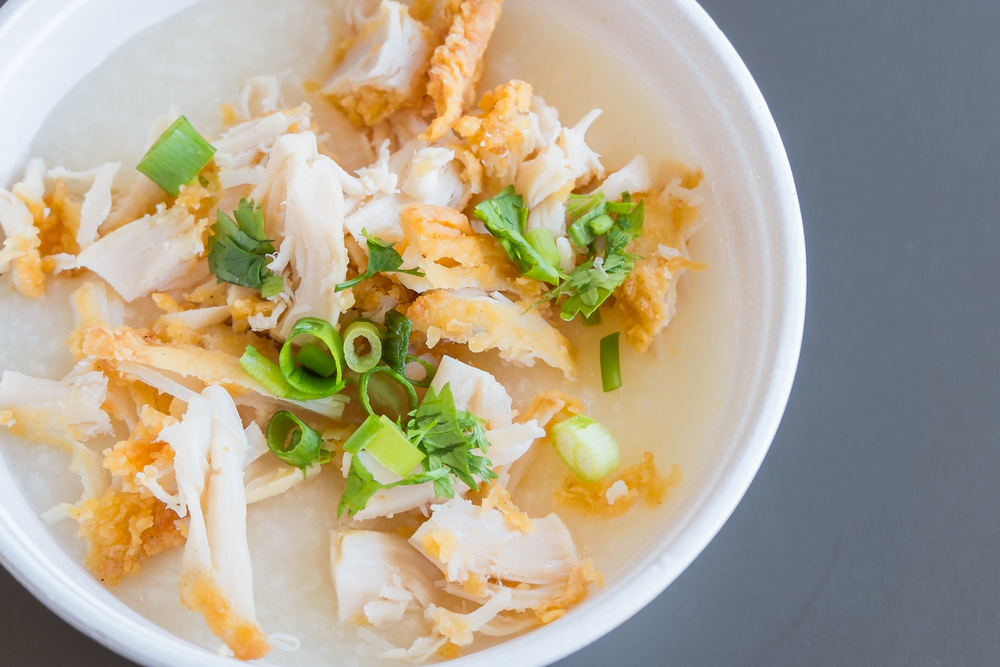 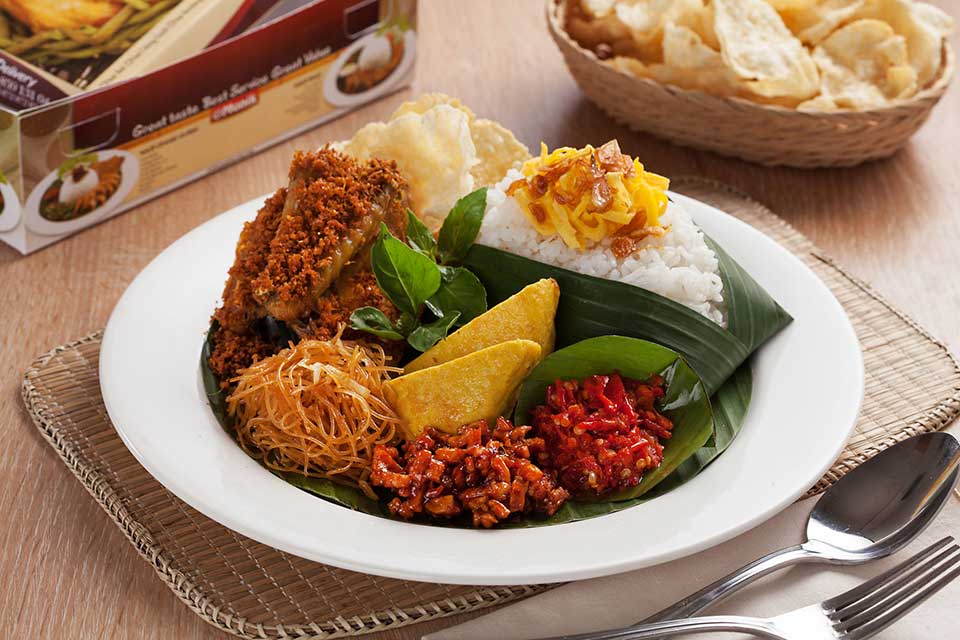 Nasi Uduk is an Indonesian style steamed rice dish originally from Jakarta, Indonesia’s capital. The rice is cooked in coconut milk so it becomes savory. It is then mixed with other additional dishes such as ayam goreng, omelette, fried tempe, and crispy crackers made from paddy oats. 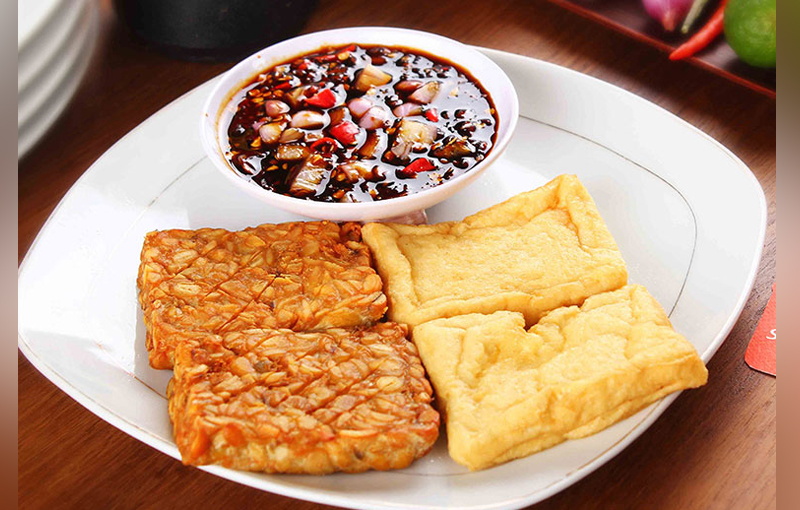 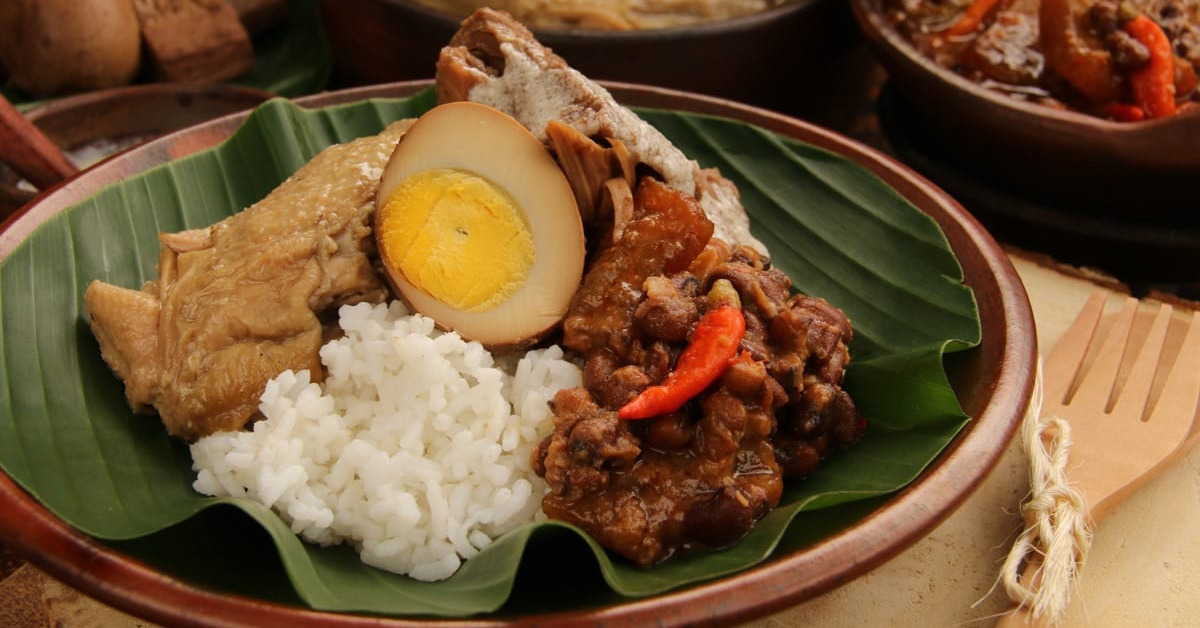 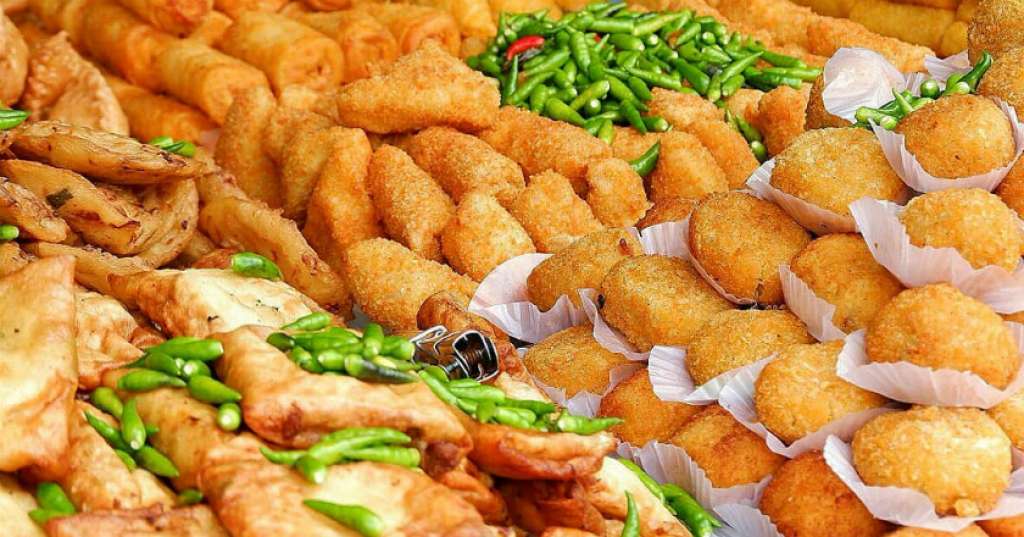 Gorengan is tasty crispy street snack that can be found in every corner of the street all around Indonesia. Gorengan is made from tofu, tempe, cassava, breaadfruit, banana and sweet potato.

Kerupuk is crunchy savoury snacks mostly made from starch and often flavoured with fish, seafood (prawns, squid), onion, chilli as well as other flavorings.