Have you ever dreamed about discovering Indonesia? Sure! Everyone, does. Indeed,  Indonesia become one of the world’s popular tourist hot spot for its georgeous long beaches, wonderful natural locations, tropical climate and its cultural heritage. It also has top ten position for the most beautiful country in the world. Indonesia is very unique in many ways. You want to know a little bit more about this incredible place? Here are the most frequently asked question about this country.

Indonesia is located in the continent of Asia, South East Asia to be exactly. It is by far the largest and most varied archipelago on earth with around 17 thousands counted islands. It reaches almost 2 million square kilometers between Asia and Australia. Situated between the Indian and Pacific Oceans, Indonesia is the world’s largest island country.

Also concerning Indonesia, it shares its land border to Malaysia, Timor Leste and Papua New Guinea. Currently, Indonesia is the 15th largest country in the world and also the 4th most populated country (more than 240 million people) in the world after China, India and United States. 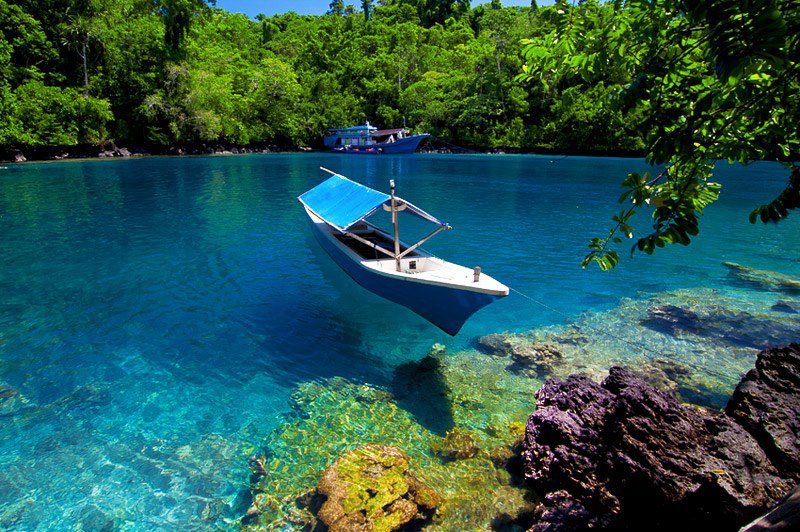 The famous place Bali is in Indonesia and the emerging Raja Ampat as well, Indonesia is truly a hidden gem in South East Asia. Known as Wonderful Indonesia, it has the second largest tropical forest in the world, lovely beaches with great dive sites and surfing waves, amazing hikes, beautiful active volcanoes as well as its unique wildlife.

Moreover, there is no other country that has the kind of cultural diversity like Indonesia has. It has hundreds of ethnic and religious groups as well as dozens of languages with different custom and practice.

Why Should You Absolutely Visit Indonesia? 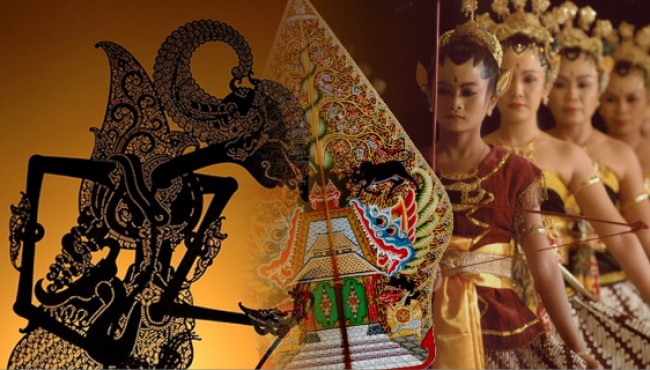 Indonesia is still likely off the radar of travel map, except for Bali, but this country is worth to visit. Indonesia is so vast, vibrant and dynamic and could take years to explore all the islands, observe the unique customs and practice as well as to visit thousand beautiful natural tourist attractions. Traveling into Indonesia never gets boring, you always have new places to discover and new people to meet. If all have been done, you will feel like they have been across a whole continent.

Being a large country with such diverse cultures and covering many time-zones, allows you to find places that fits your wishes. One can find from mysterious Balinese spiritual to the fascinating Komodo Dragon. Not to mention the beaches, the mountains, the forest, the lakes, the sunrise and the sunset as well as the foods. All are charming. They are many reasons to visit Indonesia and as a start people can just visit Bali or Java, every place has its own particularities and you will always find activities that will be close to heaven.

What To Do in Indonesia? 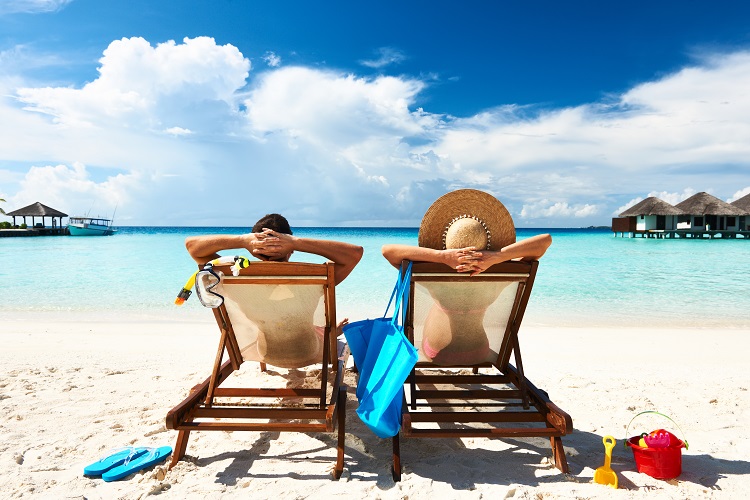 With more than 17 thousand islands, the archipelago of Indonesia offers so many things for everyone. Indonesia is famous for its diverse and multicultural islands, from religious Aceh Province in the north, to the country’s center of government in Java, to the tropical paradise of Bali and all the way down to the province of Papua. As you can imagine, there are so many things you can do to explore this vast and diverse nation.

In Indonesia, you can combine taking the sun on the beach, drinking cocktails facing the sunset and going on a trek the next day seing the most beautiful waterfalls you have ever seen. Tourist especially enjoy this place because Indonesia offers them the possibility to  laze on the beach, explore the beauty of mountains area, observe tradition and culture of an area, watch the way of life from rural community and so many more. Read the article What To Do in Indonesia for more details.

What is Indonesia Main Language?

Indonesia has one official language called Bahasa Indonesia. Nowadays, almost everyone living in civilized areas can speak the national language, but some people may still prefer to speak their native language at home or within their social circle.

More about Indonesia, there are hundreds native language spoken throughout the country but Bahasa Indonesia is the only one used in education and media. Since school, Indonesian are taught at least one native language along with the national language and English. Most Indonesian in mainly tourist area can speak English actively.

What About Indonesia’s Weather? 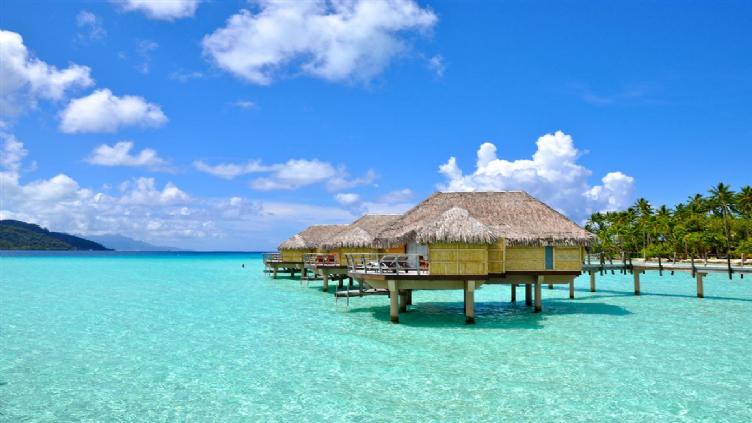 Indonesia is a tropical gem along the equator and that means the country has never seen even a bit of snow (except maybe for the tallest mountain tops). The temperature is generally warm but Indonesia does have the rainy seasons, which usually take place from October to March. The four elements of earth, water, wind and fire are perfectly represented by earthquakes, tsunamis, tropical storms and volcano eruptions that sometimes happen and might become a disaster in some of the Islands.

Even during a short visit tourists can experience an earthquake caused by nearby volcano activities as well as some torrential downpour with moderate flooding and power outage. But there is nothing to worry about as those natural phenomena in Indonesia happens mostly far from popular tourist area.

What is the Indonesia Currency? 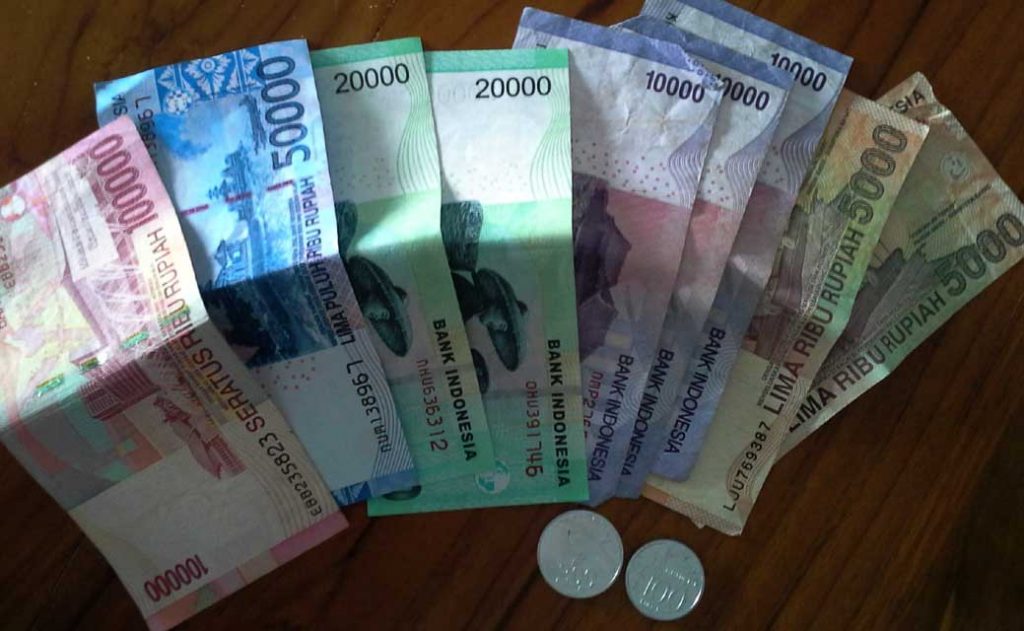 Indonesia Currency is called Rupiah(IDR/Rp) and it is the one that has the lowest values in the world. One US Dollar equals around 13,000 – 14,000 Rupiah. So, everything that tourist need from foods to accommodation in Indonesia is fairly cheap.

Is Indonesia a Muslim Country? 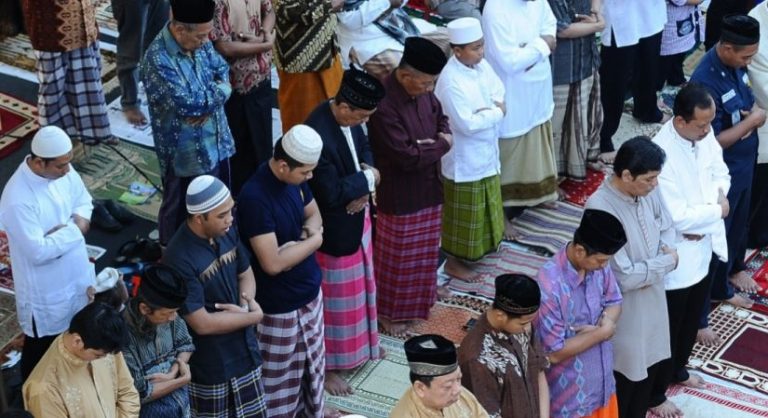 It is true that majority of Indonesians are Muslim. But constitutionally it is not a Muslim country. Indeed it acknowledges six official religions which are Islam, Hinduism, Buddhism, Protestantism, Catholicism and Confucianism.

Only one out of the 34 provinces apply the Sharia (Islamic) law, area North Sumatra, the Special Region of Aceh. In Indonesia religion plays an important role in shaping the country’s culture and practices.

What is Indonesia Entry Requirement? 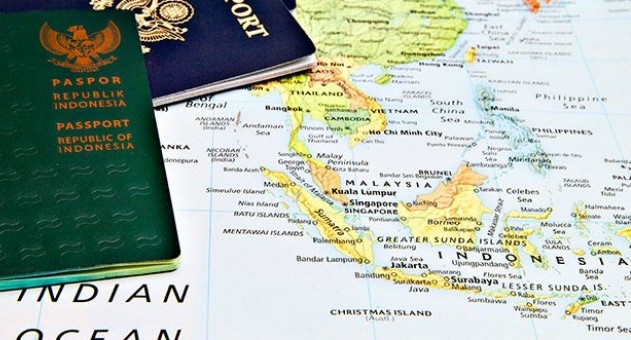 Currently, Indonesia provides special short stay visa free facility for most countries in the world (around 169 countries) who wish to travel to Indonesia. Traveller who entering Indonesia required to have Passport valid for at least 6 months from return date as well as a proof of flight ticket onward or return passage. The short stay visa are valid for 30 days and can not be extendable or modified as stay permit type.

Is Indonesia a Terrorist Base? 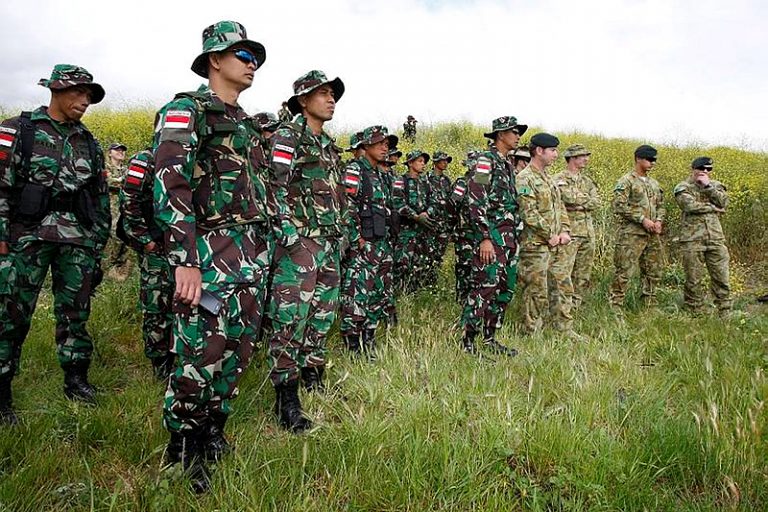 Indonesians have lived in diversity for centuries, developing a solid tolerance and sense of multiculturalism. It has frequently been accused as a country with a serious international terrorism problem.

Although Indonesia has its tragedies with terror acts, terrorism at this moment is not a threatening issue. In fact, Indonesia is one of the few countries actively combating terrorism with preventive measures.

Is Indonesia in Bali? 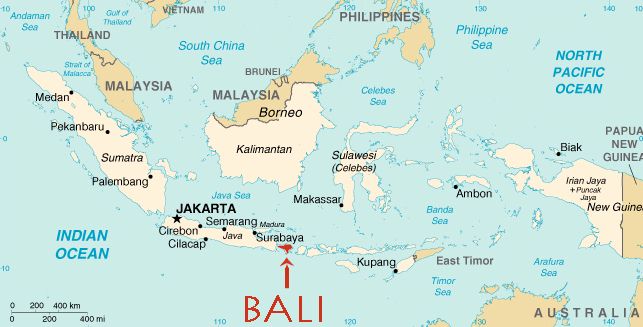 Bali is one of the world’s top destination welcoming millions of international tourists every year. However, many people have misconceptions to the island geography assuming that Indonesia is in Bali. In reality, Bali is one of Indonesia’s 34 provinces. For sure, Bali is not a country. It is one island in the country of Indonesia. So while Bali is a fantastic place to be, it’s only a tiny tiny part of Indonesia.

What is the Electrical System?

If you are coming from France, you will be able te use the Indonesian electrical outlet without using an adapter. For the others, don’t forget to bring your adapters!

What to Put in Your Luggage?

As you might notice, Indonesia is a very hot place. Do not bring plenty of sweaters they will stay in your luggage! So shorts, tee shirts and sandals will be your best friends. But don’t forget to take some descent clothes to visit the temples, ones that covers your shoulders and legs. A pair of baskets will be useful if you want to walk in some more rural zones and mountains.

What is the Best Time to Visit to Indonesia? 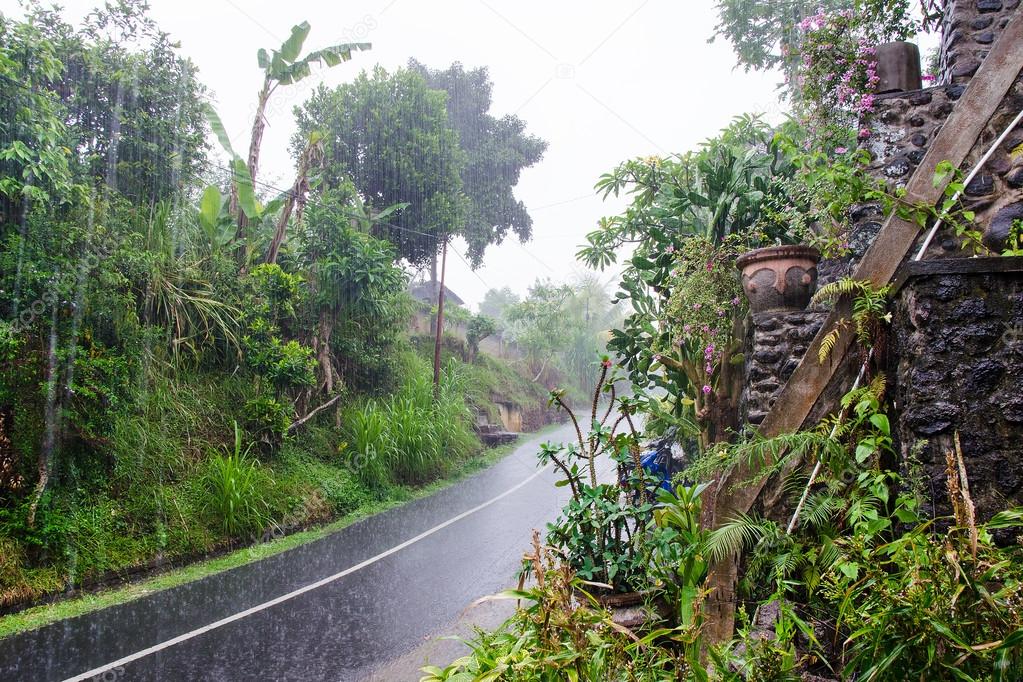 Indonesia is a Tropical country in which the temperature is quite stable with a wet, hot, humid climate the entire year, the humidity is usually between 70 and 90 percent. Cooler temperatures prevail in the highlands.

The two major seasons in Indonesia are the hot dry season and the rainy monsoon season.

The west season for most of Indonesian is from September to March and the dry season is from March or June to September. But you have to take into consideration that it really depends on the region, for example, in Bali the best time to come is April, May, June and September, just before and just after high season. 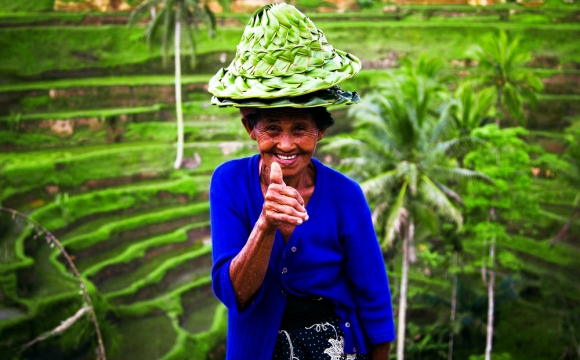 One of the best points of the Indonesian culture is the hospitality of its people. You can ask any people coming back from Indonesia they will say the same thing: they were feeling very welcomed and in security, everybody is so warm. In opposition to lots of touristic place tourists are not considerate as enemies but new friends.