Central Java is one of Indonesia province awarded with so many privileges. Other than being rich in culture and customs, the province that have borders to West Java, East Java and the Special Region of Yogyakarta, also has charming landscapes. There are so many interesting places and attractions in Central Java that are always crowded with tourists, especially during the holiday and weekend. Well, for those of you who are planning trip or tour to Central Java in the near future, these are some recommended things you can do or visit. 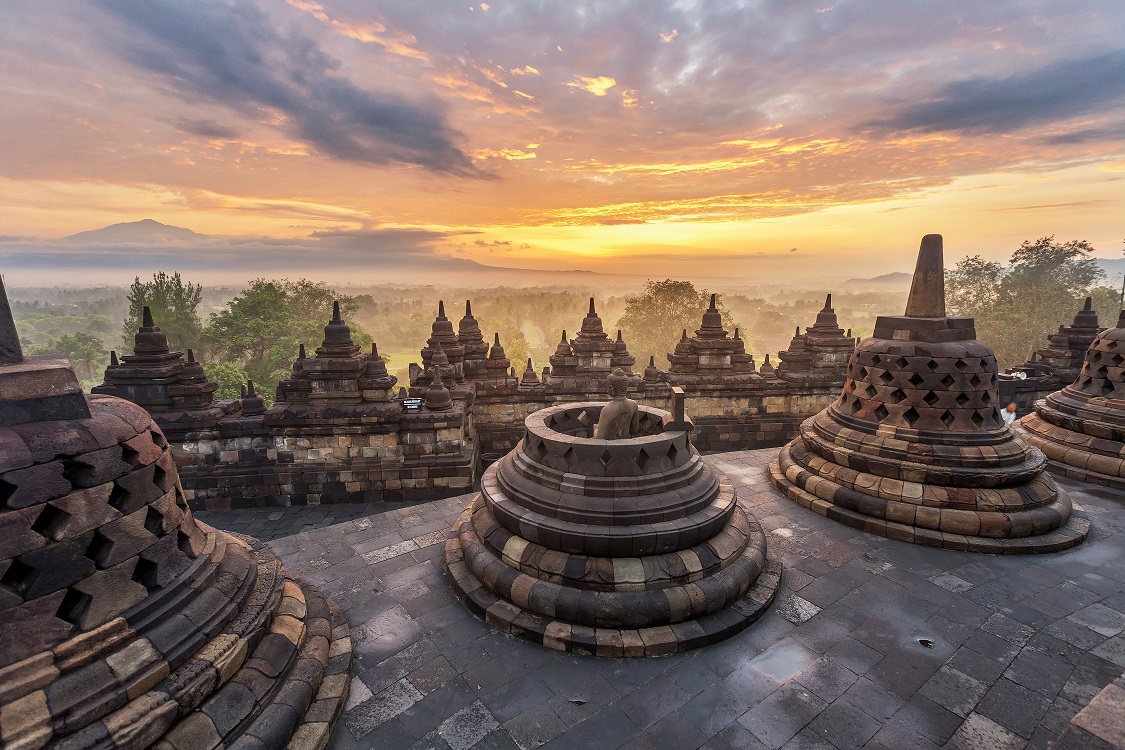 Inside the Borobudur Temple complex there are around 1,460 reliefs and 504 stupas which are still preserved authenticity. One high-demand attraction in Borobudur is to enjoy the sunrise view. The panorama of the sunrise at the top of the temple is indeed very beautiful. 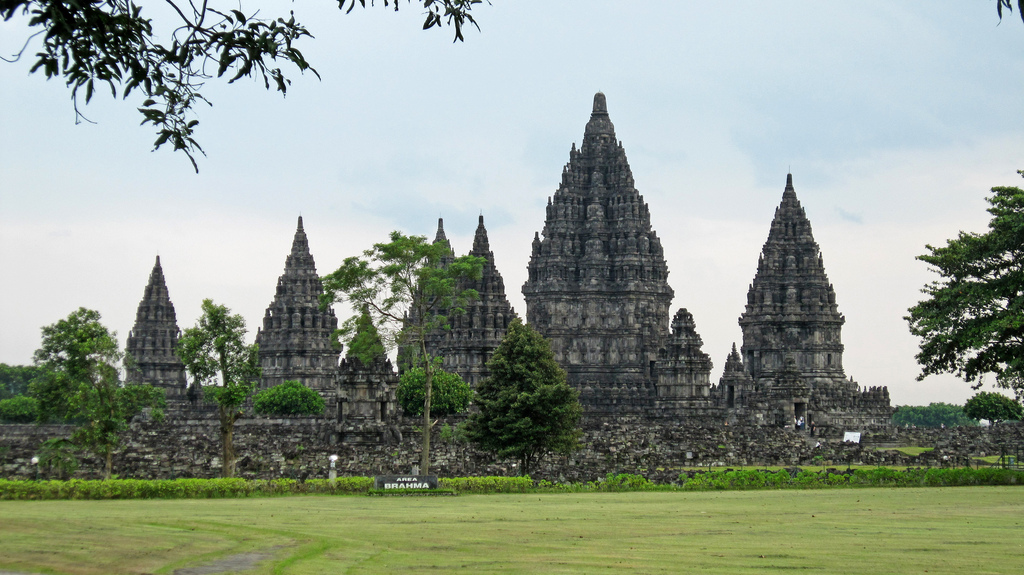 Prambanan Temple is the largest Hindu temple in Indonesia. This temple is also known as the Roro Jongrang Temple. Since 1991, by UNESCO this temple was designated as a world cultural preserve that must be protected. Prambanan Temple has a height of 47 meters or 5 meters higher than the Borobudur Temple.

Prambanan Temple is located in Klaten, in the border region of Central Java and Yogyakarta. The Prambanan Temple structure describes Hindu’s belief called the Trimurti. The complex has three temples on the main yard, namely Siwa Temple, Brahma Temple and Wisnu Temple.

Meanwhile, the relief carved on the walls of the Prambanan Temple tells the story of the Ramayana. There are also Kalpataru tree reliefs, where Hindus consider the tree as a symbol of sustainability, life and harmony. The existence of these trees illustrates the Javanese community at that time had an awareness in preserving their environment. 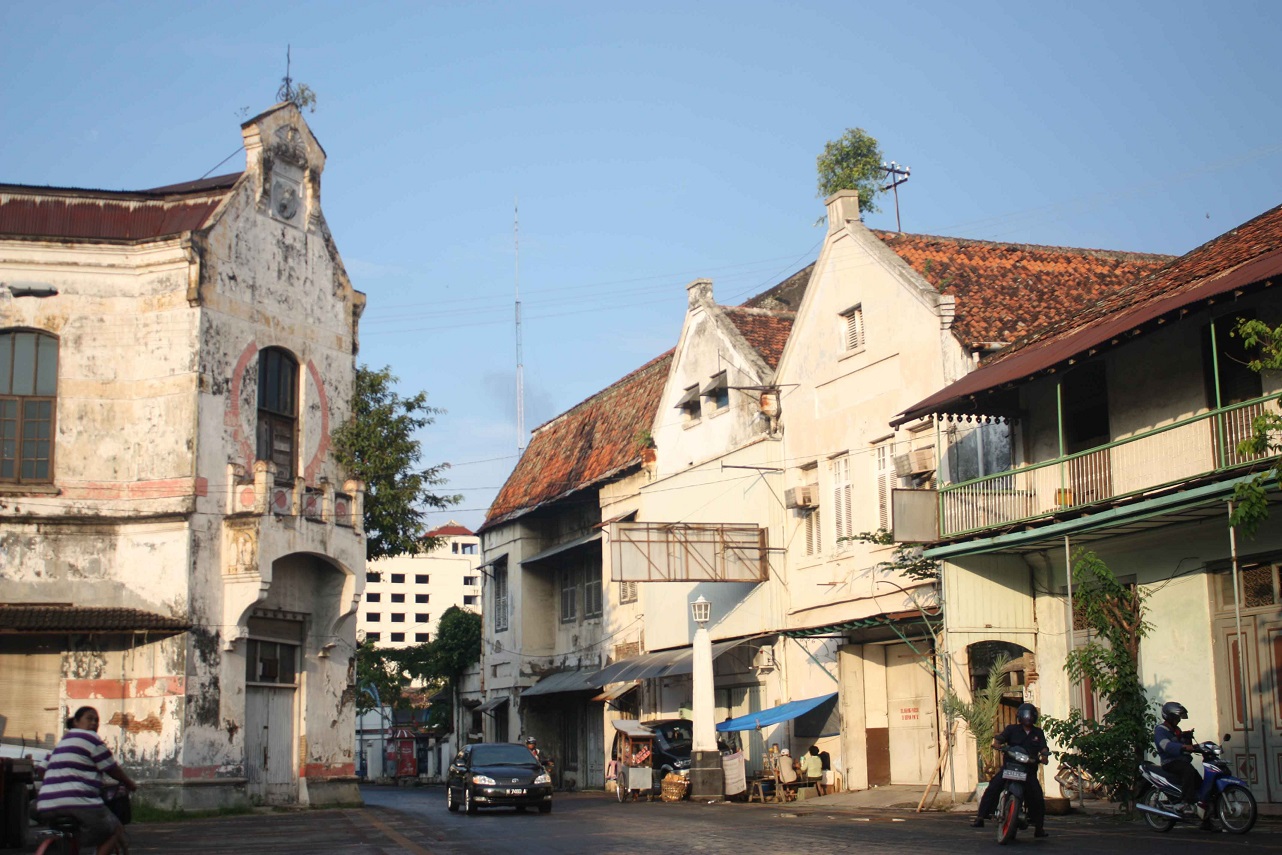 One of favourite tourist object in Semarang Regency is the Old City. It is an area which the colonial government used to serve as a commercial center in the past. Here, you can find Dutch heritage buildings, such as Blenduk Church, Tawang Railway Station, Mberok Bridge, Praoe Lajar Cigarette Factory and many others.

In this old city you will find something extraordinary, the beauty of a grand and luxurious old building, all of which still stand firm with their own pride. FYI, the Old City of Semarang is also nicknamed as The Little Netherlands, because the concept and governance of the place is very similar to one corner of the city in the Netherlands. 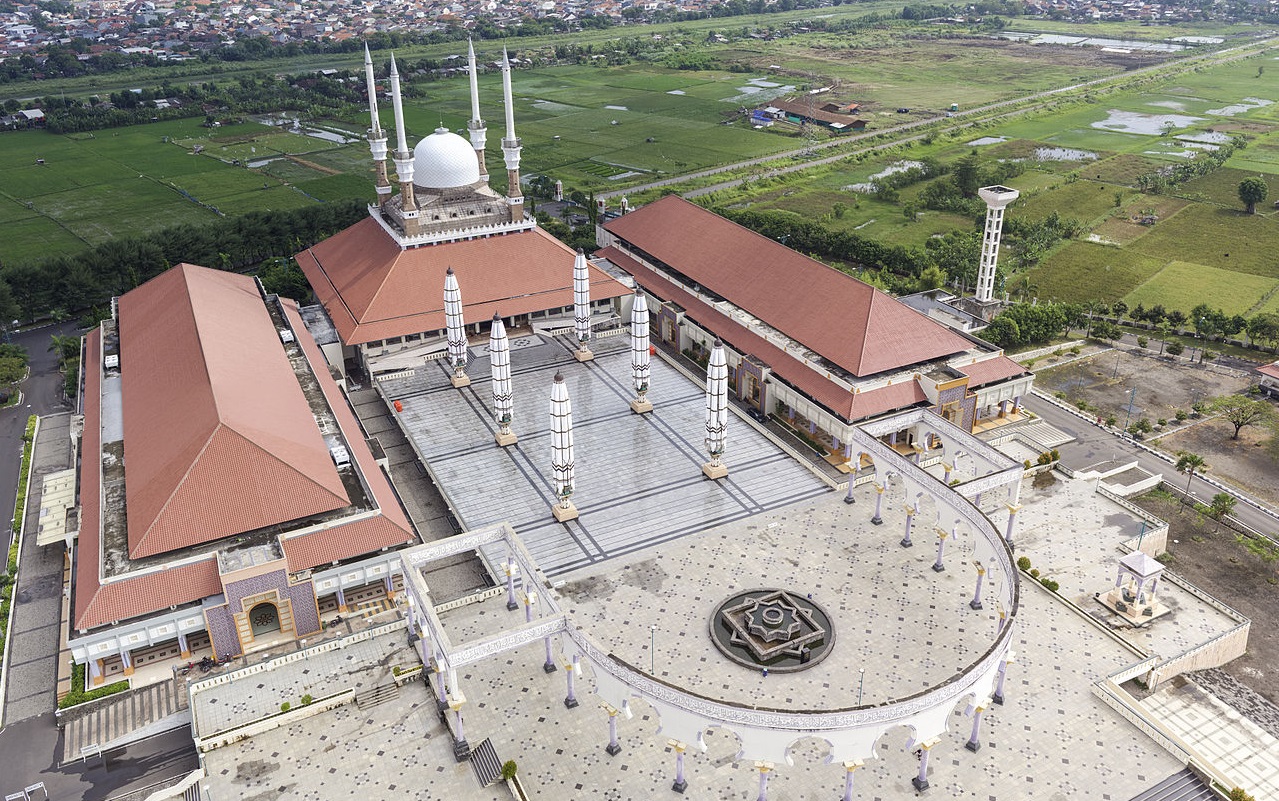 Getting around Semarang City is incomplete if you don’t visit one of the city’s most iconic buildings, the Great Mosque of Central Java. The mosque, which was built in 2001 and completed in 2006, adapts Islamic, Roman and Javanese architecture. Here, you can climb the mosque tower and see the beauty of Semarang City from the height. The most interesting thing here is the six giant umbrellas like the ones in the Nabawi Mosque in the Holy Land of Madinah. The Central Java Grand Mosque is certainly an attractive choice for those who like to visit places with religious nuances. 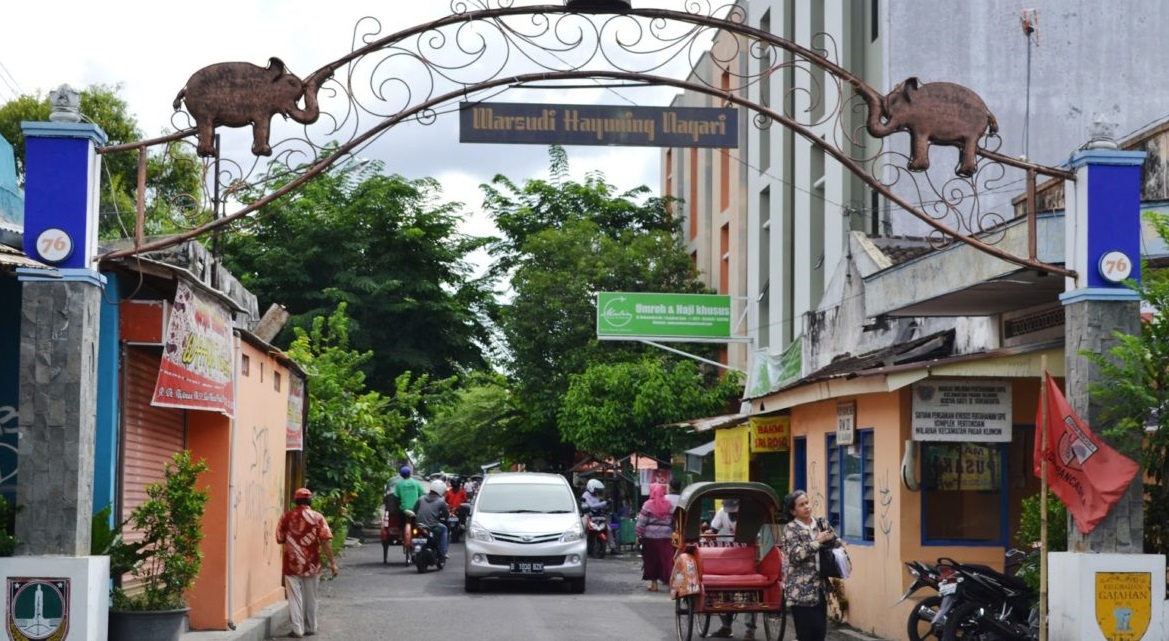 Travelling to Solo will never be enough without visiting Laweyan Batik Village – a unique, artistic and historical area which was the starting point of the city Solo (Surakarta). In Laweyan, visitors can have an exquisite shopping experience, industrial visit, educational visit, cultural heritage trip, historical and culinary safari.

Laweyan Village has existed since the Kingdom of Pajang ruled in Central Java, which is around 16th century. Besides shopping for authentic Solo batik, tourist can also ejoy the beauty of a sturdy and magnificent European building architecture, seen in the houses that used to belong to rich batik merchants.

According to history, the residents of this village began to batik since ancient times. Until now, residents of Kampung Laweyan are still doing the batik works. For batik lovers, there are at least 50 Batik shops in this area selling various kinds of batik products with reasonable prices.

One of famous tourist spot in Kebumen City is the Petruk Cave. The cave which is found at the 75 meter height of limestone hill is in the Village of Candirenggo, Kebumen Regency, Central Java. According to information provided by cave administrator, Petruk Cave has a length of approximately 2,000 meters, but can only be explored to a maximum limit of 350 meters.

In this cave, visitors can see the original ornaments of natural sculptures in the form of stalactites and stalagmites scattered along the body of the cave. Inside the cave there is also a spring (bathing pool) and a waterfall. Petruk Cave is also considered to be the most beautiful cave in Indonesia. 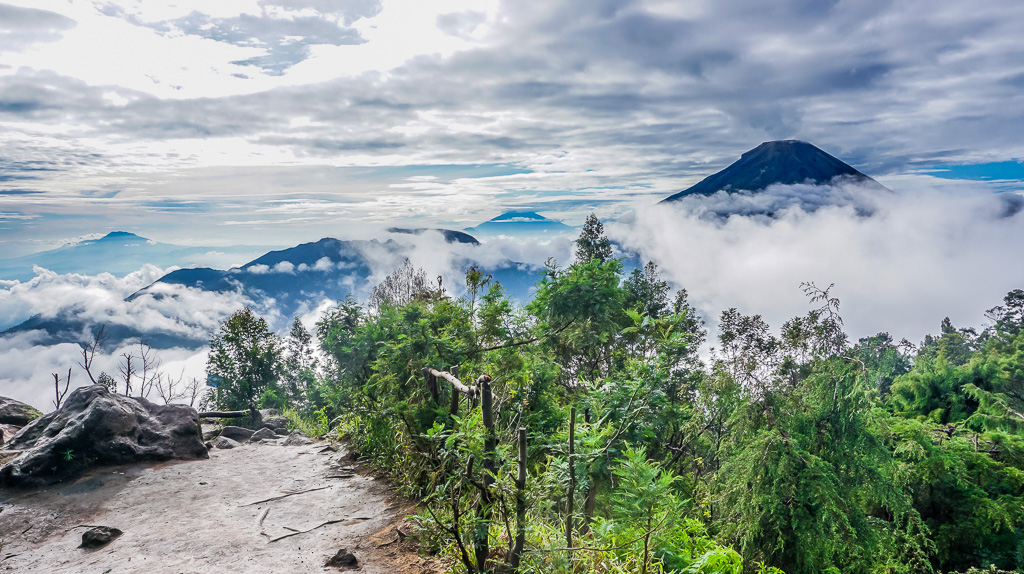 Dieng Plateau is a tourist spot located in two districts, Wonosobo Regency and Banjarnegara Regency. It is a popular tourist visit area that has already attracted many travelers who had their holidays in Central Java area. Dieng has diverse natural wealth and abundant agricultural wealth.

The three most charming attractions or landmarks tourist can see in the Dieng Plateau are Sikunir Hill, Telaga Warna and Jalatunda Well. 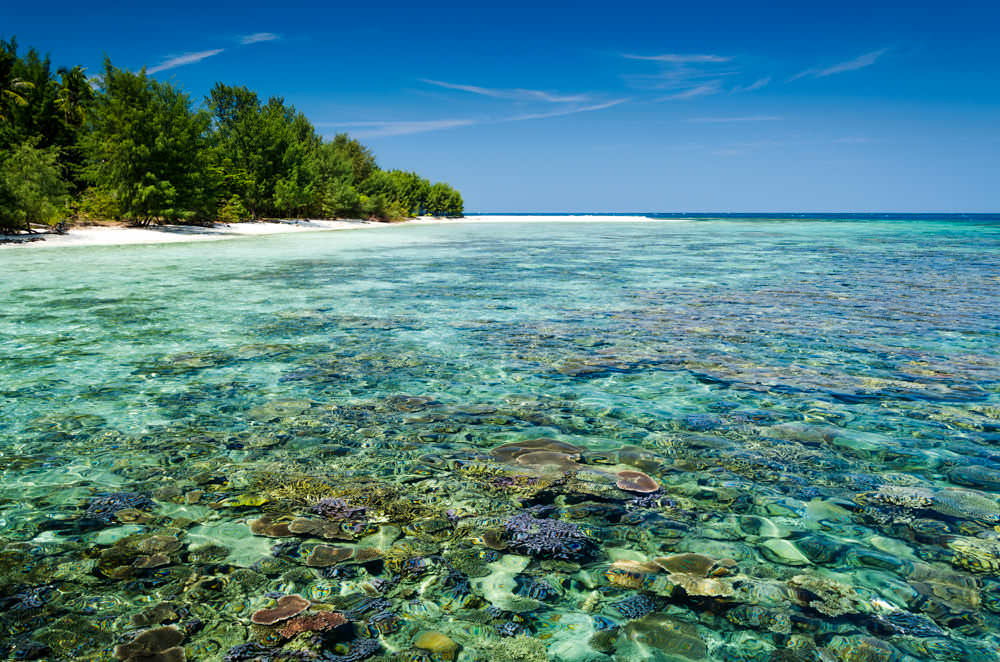 Not only beautiful coastline, Karimunjawa also has extraordinary wealth of the sea ranging from fish, coral reefs, beaches, etc. Tourists can do variety of exciting and fun activities, such as diving, swimming, fishing, snorkeling or just playing sand on the beach. Not only that, everyone can also feel the hospitality of the locals. 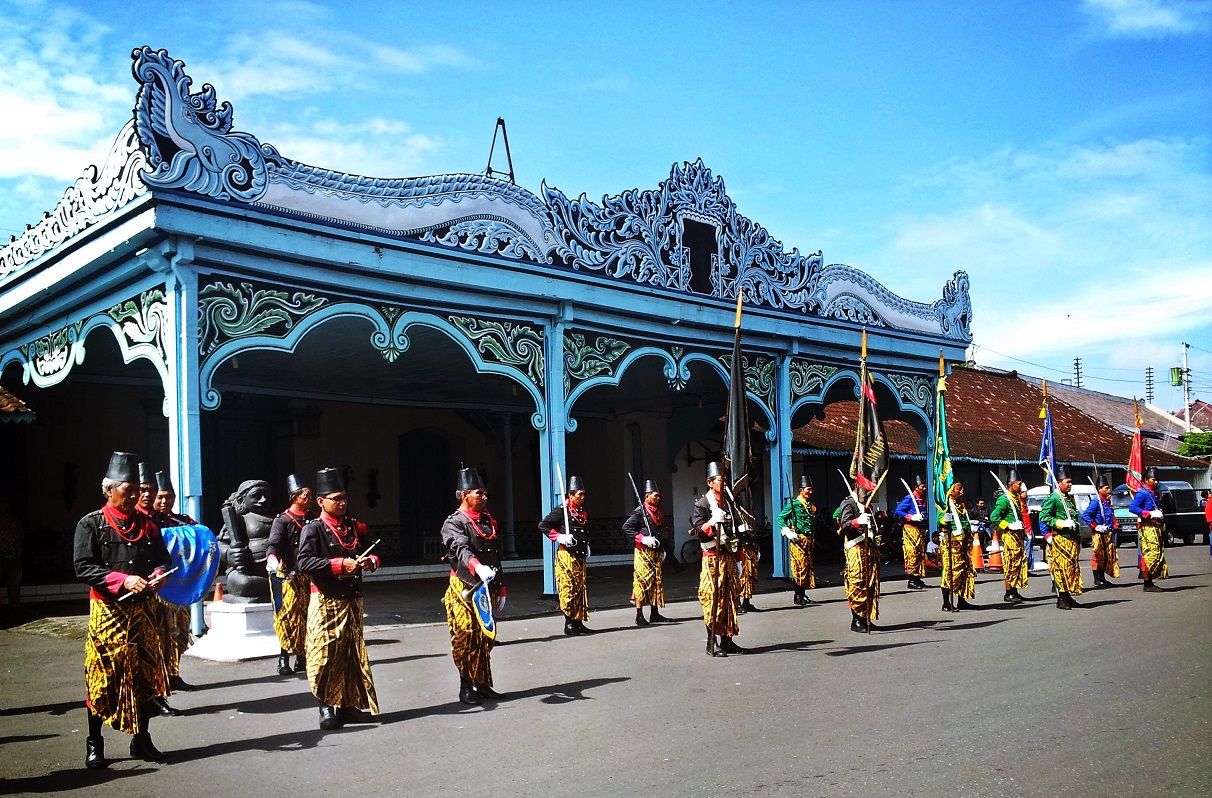 One of the most attractive building in the Kasunanan Palace is the Sanggabuwana Tower. This 30-meter-high tower has main function to spy on the Dutch during the colonial period. 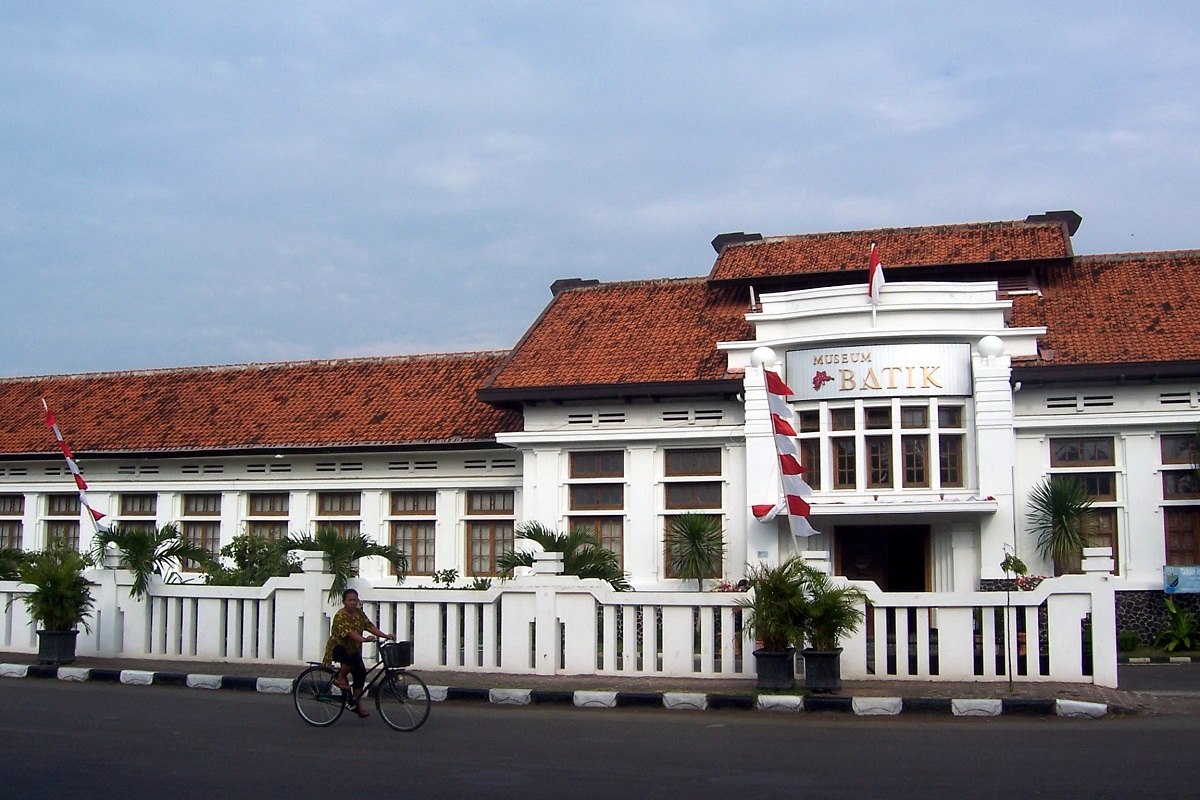 Pekalongan Batik Museum is a batik museum located in Pekalongan, Central Java, Indonesia. It has collection of wide range of Batik motive and design of Pekalongan and the surrounding area, as well as information on the development of batik starting from the Dutch era to the influence of Japan in the periode of Second World War with its Hokokai Javanese motives.

There are more than 1,200 pieces of batik clothes to be taken care of and some are exhibited in several particular themes for the public to know more about the history, the development, and the importance of preserving batik culture.

Museum Batik is the only museum in Indonesia that has been acknowledged by UNESCO for Safeguarding Practices, because of its program in batik practice.