Indonesia is known as an archipelago which has a huge tourism potential in the world. Every year there is always an increase in tourist visits to Indonesia. Speaking of Indonesian tourism, it’s not just about Bali, Lombok, Raja Ampat or the Flores Island. Well, the eastern part of Indonesia is already well known for having amazing natural charm, beautiful beaches and underwater scenery.

Nature tourism is one of the mainstays of Sumatra. For example the marine tourism, mountains and huge lakes. You can explore Sumatra either by hiking, trekking, or water sports.

To get the most of Sumatra tourist attractions, here are our recommended top 5 leading tourism destinations in Sumatra for your reference. 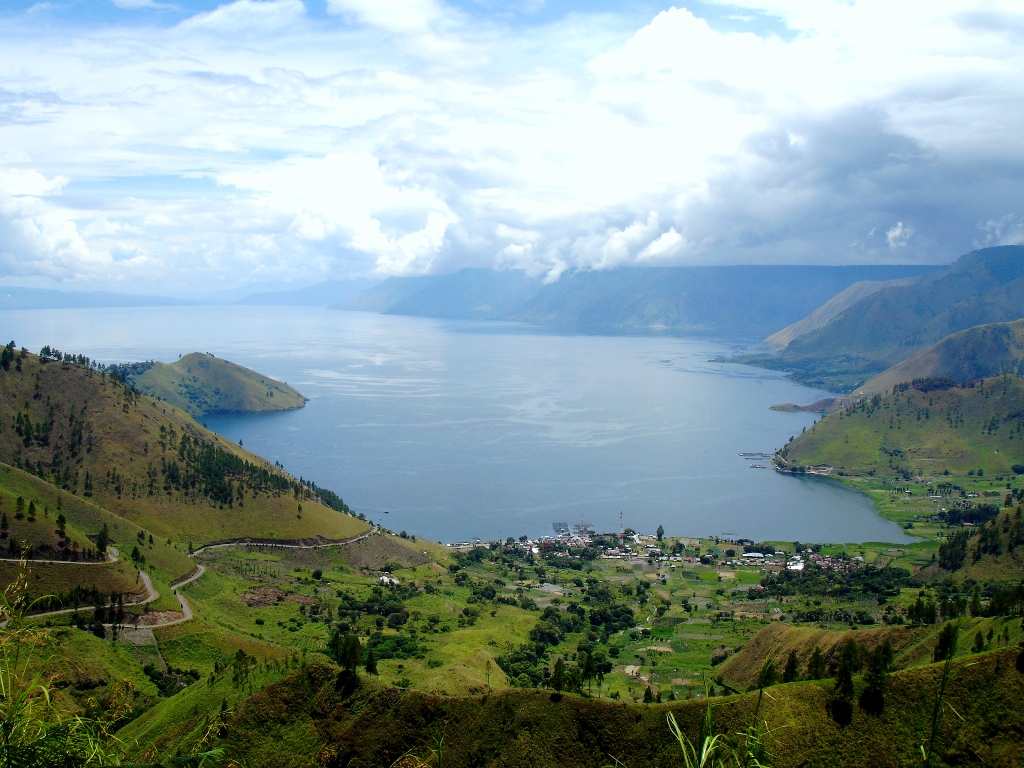 Medan city itself, as a gateway to various tourist destinations on the island of Sumatra, has a number of interesting tourist attractions to visit such as the Maimun Palace with the Great Mosque and the King’s Pool, Tjong A Fie’s Mansion and historical buildings from the Dutch colonial era.

As One of the Leading Tourist Destinations on Sumatra Island, Lake Toba has enchanting natural wonders which stretches along 100 kilometers with a width of 30 kilometers at an altitude of 900 meters above the Bukit Barisan Mountains. Surrounded by green forest makes Lake Toba very cool and refreshing.

Toba Lake which covering ??1,145 square kilometers with a depth of 450 meters is the Largest Volcanic Lake in the World. The lake formed by the eruption of Mount Toba supervolcano which occurred around 74,000 years ago has become the North Sumatra Tourism Icon and is an interesting and challenging tourist destination to visit.

Also in the middle of Lake Toba there is an island called the Samosir Island. On this island there are also many interesting tourist attractions to visit such as stone tombs that are around 500 years old and villages with traditional houses and the unique and ancient Batak Toba culture. 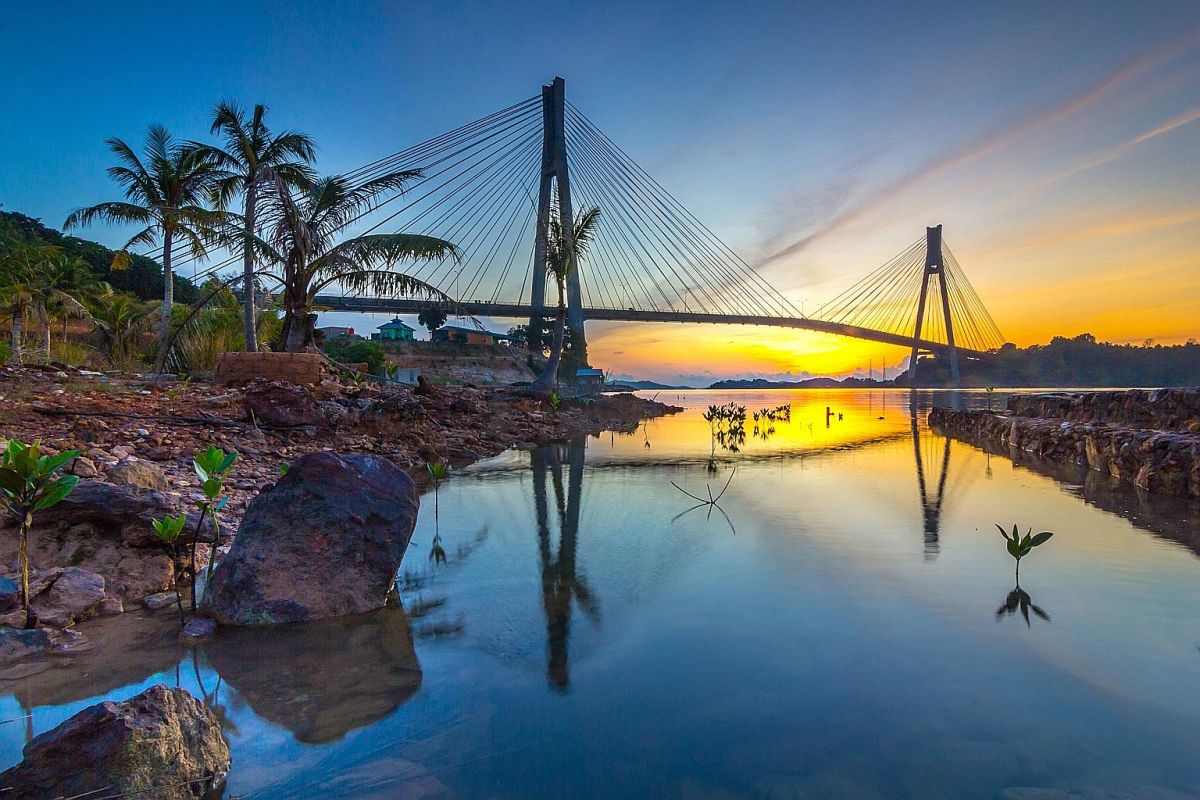 Batam, Riau Islands is also one of the Leading Tourism Destinations on Sumatra Island launched by the Government of Indonesia. The city of Batam once held a year of tourist visits entitled Visit Batam 2010 – Experience it. Batam is also supported by international standard hotel and resort facilities as well as various tourism activities arranged specially for tourists. 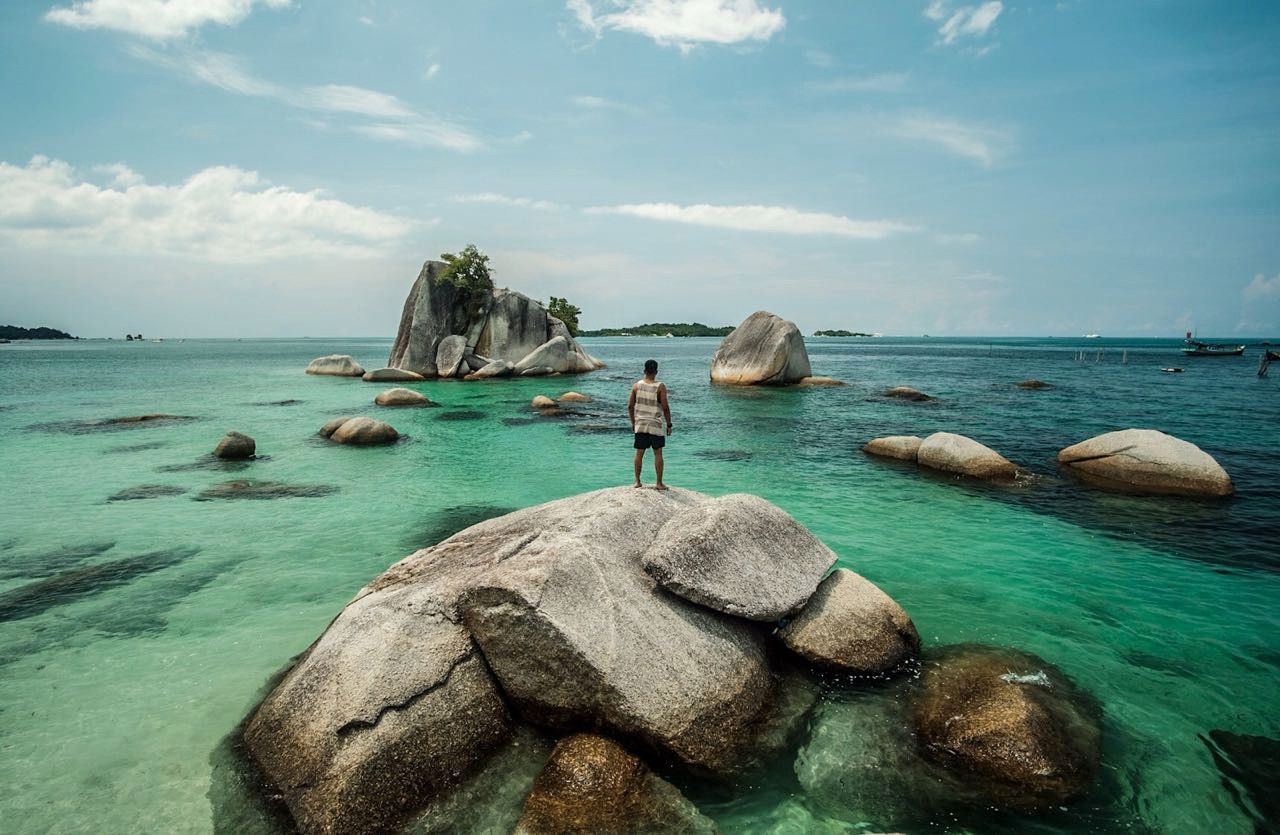 The next leading tourist destination in Sumatra you can visit is the Belitung Islands in Bangka Belitung Province. Belitung as an archipelago has many excellent tourist attractions to visit, especially its unique and beautiful beaches, historical attractions and traditional Belitung events.

Belitung is a beautiful island that has a unique view with a clean white sandy beach and decorated by artistic granite stones. Crystal clear sea water surrounded by hundreds of small islands adding the beauty of Belitung. One of the best beaches in Belitung is Tanjung Kelayang Beach, Tanjung Tinggi Beach and Lengkuas Beach.

Aside from having stunning maritime tourism spots, Belitung also has a Mentas Stone at the foot of Mount Tajam. This place has tremendous potential as an integrated tourist destination. The beauty of nature, both the clear river and the dense forest as well as the unique flora and fauna, all you can enjoy while visiting Belitung.

Belitung is also home of a number of endangered animals such as Tragulus, Otus Siaoensis and Tupai Klaras. Exploring the uniqueness of traditional arts and culture and the expertise of the local people in making woven and rattan handicrafts will complete your activities in Belitung. 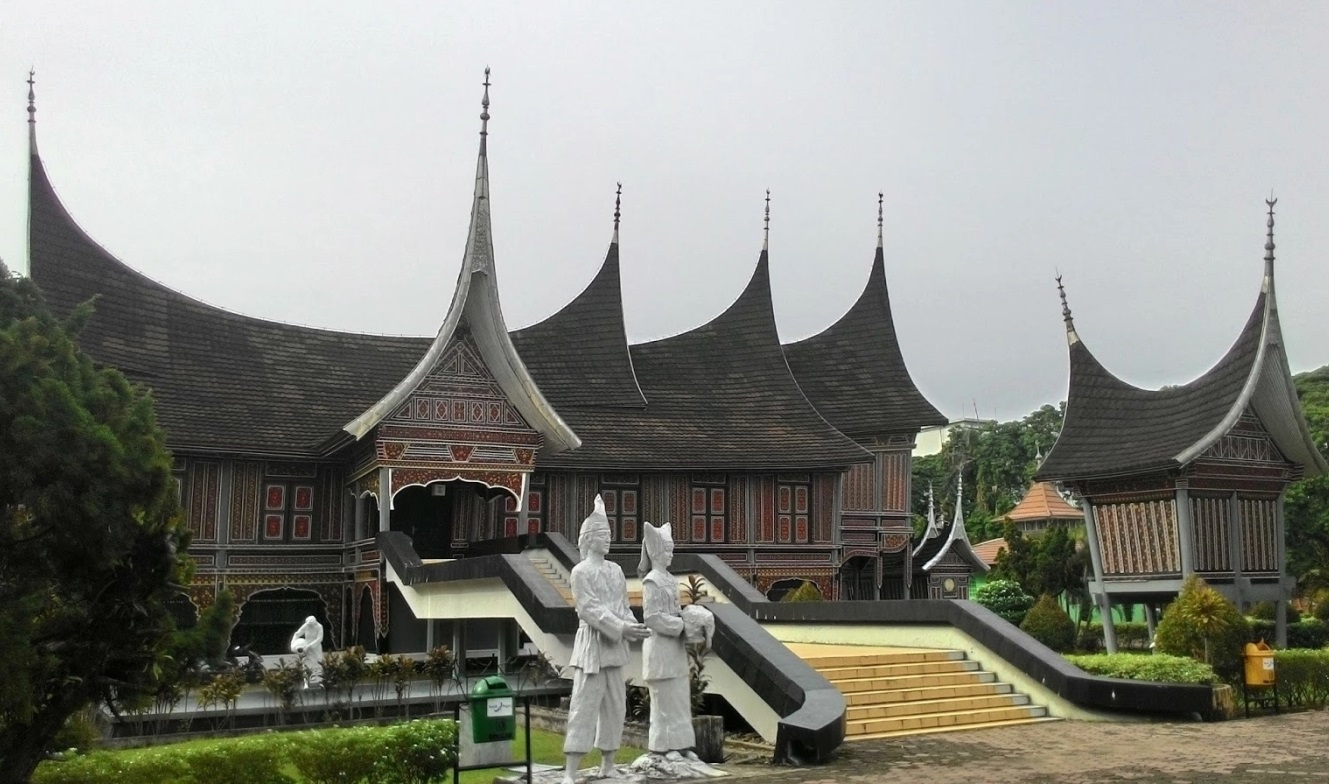 Padang is the largest city in west coast of Sumatra Island as well as the capital of West Sumatra Province, Indonesia. This city is the gateway of Indonesian tourism in the western part of Indonesia from the Indian Ocean.

The city of Padang has a museum located in the city center called the Adityawarman Museum which has an architectural style in the form of Minangkabau Traditional House (Rumah Gadang). While in the Muara Port area, many Dutch colonial heritage buildings were found, some of which were designated as cultural reserves such as the Muhammadan Mosque which was founded in 1843 and the Kwan In Temple which was founded in 1861.

Then in Teluk Bayur Harbor area there are also several leading tourist areas such as Air Manis Beach, Caroline Beach and Bungus Beach as well as an international class tourist resort located on Sikuai Island. While in the middle of Koto District, you will find Pasir Jambak Beach and the Lubuk Minturun Nature Tourism Area which is popular with Balimau Tradition.

Padang is also famous for its cuisine. Here you can enjoy the delicacy of Gulai, Rendang, Pop Chicken, Balado Eggplant, Kapau Rice and Sate Padang. 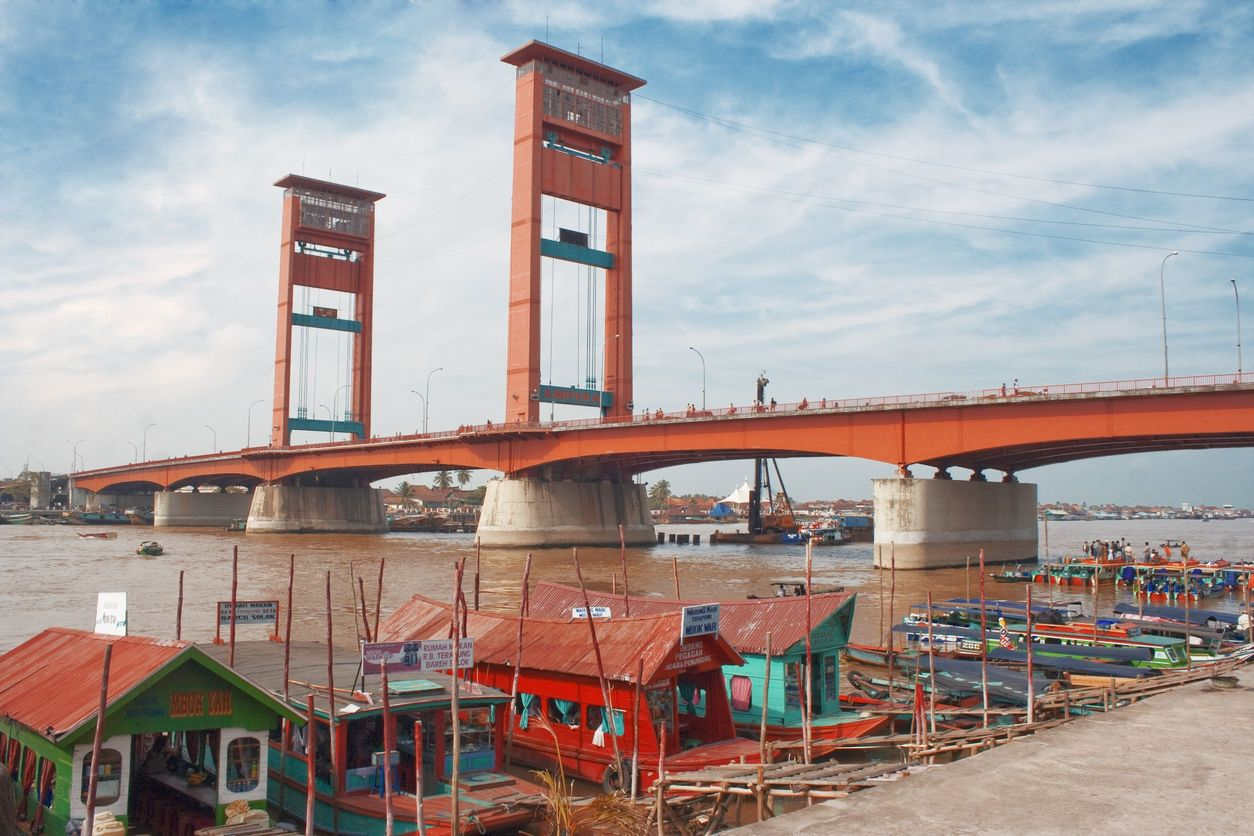 Palembang as the Capital of the Province of South Sumatra is one of the Leading Tourist Destinations on the Island of Sumatra that you must visit. The city that lies in the foothills of the majestic Mount Bukit Barisan has an attractive tourist destination to visit for its natural, historical or cultural tourism.

South Sumatra has attractions in the form of mountains with diverse flora and fauna such as the Kerinci Seblat National Park. In the city of Palembang you can go around visiting the Musi River, Ampera Bridge, Kemaro Island, Lake Ranau and also Pagaralam City to witness a variety of unique and interesting traditions and cultures.

Meanwhile natural attractions that you can visit include Lake Ranau which is located in Ogan Komering Ulu Regency, Musi Rawas and Musi Banyuasin. Meanwhile waterfalls attractions available in Muara Enim and Lahat Regencies.

Cultural tours include Bukit Serelo, Mount Dempo, Limas and Kubu Houses. Historical tours include the Sriwijaya Site in the form of ancient stones, ancient statues and museums in Palembang, the Funeral Complex on Bukit Siguntang as well as the Benteng Kuto Besak.

Besides having many interesting tourist attractions, Palembang is also supported by international standard lodging facilities such as hotels, villas, restaurants and other tourist support facilities.