Bukit Lawang, 96 km northwest of Medan, is not so much a town as a sprawling tourist village laced along the fast-flowing Bohorok River and bordered by the dense jungle of Gunung Leuser National Park. Its legend is built around the orangutan rehabilitation centre set up here in 1973 and, although the feeding platform has closed, this is still the best place in Sumatra to spot semi-wild orangutans on a trek.

In 1973 a Swiss organization set up an orangutan rehabilitation center in Bukit Lawang. The purpose of the center was to rehabilitate orangutans released from captivity. The rangers at the center teach the orangutan all the necessary skills to survive in the wild. After an intense period of quarantine, readjustment to the natural habitat and reintegration in the (semi-)wild population, the orangutan is released back into the jungle. All orangutans released are still monitored by the rangers and they still provide them with supplementary food at the feeding platform until they become fully self reliant. Out of this project the Sumatra Orangutan Conservation Programme (SOCP) was founded.

In the years after the arrival of the rehabilitation centre more and more tourists found their way to Bukit Lawang and it became one of the most popular destinations in Sumatra. Bukit Lawang, the usual point of start of all our tours, is considered one of the best gateways unto experiencing the many marvels of the Gunung Leuser National Park.The forest surrounding Bukit Lawang still offers big opportunities to observe orangutans and a variety of other habitants of the jungle. Usually orangutans are seen near the rehabilitation centre and at the feeding platform during the morning and afternoon feeding sessions. But the best experience is an encounter in the jungle where many semi-wild and wild animals are in the trees. 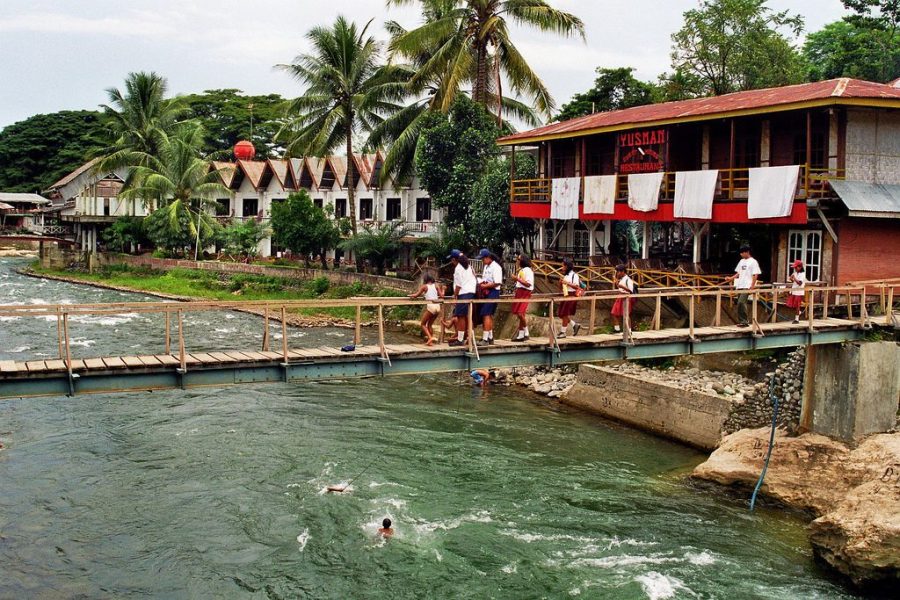 Bukit Lawang is a small village and it is easy to get around by foot. You can walk from on side to the other in about 25 minutes. There are three bridges that provide access to the resorts and eco lodge across the river, small restaurants and bars.