Lake Toba is one of the awesome natural wonders of the world. This enormous crater lake has an island almost the size of Singapore in its centre. At over 1,145 square km, and a depth of 450 meters, Lake Toba is actually more like an ocean. This is the largest lake in Southeast Asia and one of the deepest lakes in the world. 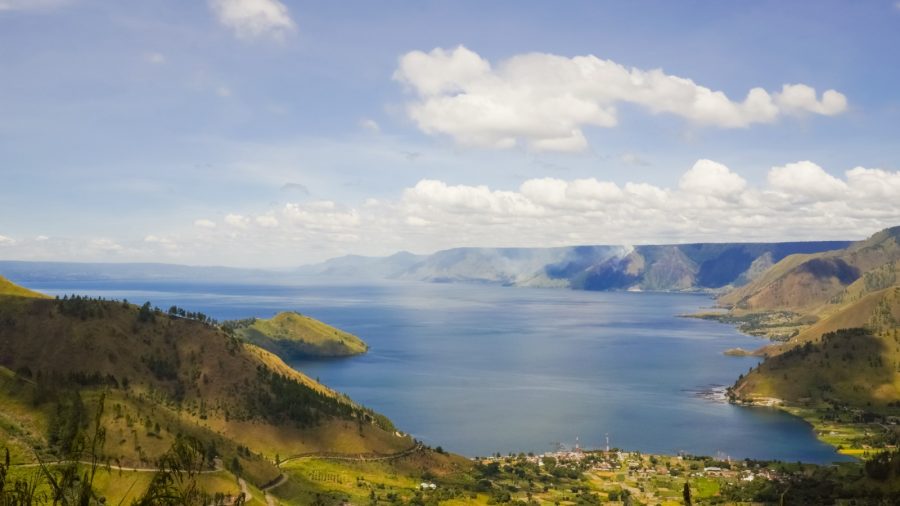 Formed by a gigantic volcanic eruption some 70,000 years ago, it is probably the largest resurgent caldera on Earth. Some studies say it might have been associated with causing previous ice age/climate change and the largest human population bottleneck ever. Genetic estimates suggests that there were only a few thousand individuals that survived its catastrophic eruption.

The island in the middle – Pulau Samosir – was joined to the caldera wall by a narrow isthmus, which was cut through to enable boats to pass; a road bridge crosses the cutting. Samosir island is the cultural centre of the Batak tribe who are now mostly Christians. The Batak Culture has a lot of Rituals and Parties. You can visit them also, eat there and by the dancing you can contribute then with some money for the wedding or the funeral. 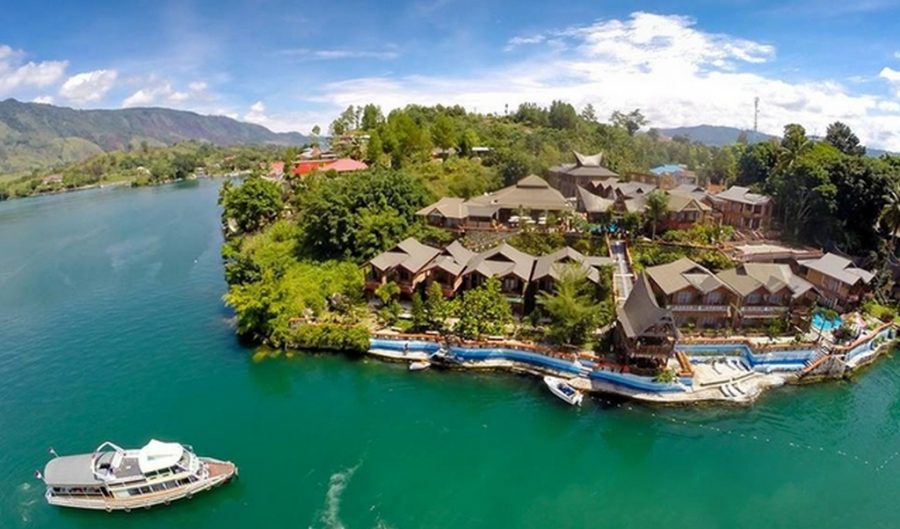 Toba is a place to come and sit back, relax and absorb some beautiful pristine scenery. As you sit and take in the view of the picturesque mountains set against the cool clear lake, you will feel the worries of the world melt away. As the lake sits 900 meters above sea level there is a cooler climate here making a refreshing break from the heat, humidity and pollution of the city.

It is nice to go around with a bicycle or a motorbike. With the motorbike it is nice to go to the hot springs in Pangururan or up the mountain behind Tomok. Up there are a lot of coffee fields, where you can help the farmer by harvesting. The view over the lake is fantastic.