Tourists that visiting Lombok mostly only know the very popular Gili Islands such as Gili Trawangan, Gili Meno or Gili Air. Not many people know the Mandalika name, even recently.

Mandalika which is located in Pujut Subdistrict, Central Lombok Regency is now in the spotlight, especially since the construction of this region as a Special Economic Zone established by President Jokowi in 2017.

For your information, Mandalika has been designated as Tourism Special Economic Zone (TSEZ). With an area of TSEZ reaching 1,035.67 hectares (but now this area has grown to 1,215.70 hectares), it is hoped that tourism potential on the coast of Central Lombok can be exposed, or at least be able to match the success of the Gili Islands.

With a distance of approximately 50 km from West Nusa Tenggara Province’s Government Center, the distance traveled by land is only about one hour from Mataram City. The location of Mandalika is also not too far from Lombok International Airport. From the airport to Mandalika Special Economic Zone takes around 30 minutes.

It means, with easy access and qualified supporting facilities, the Mandalika region clearly has an advantage as a tourist destination for natural beauty seekers. 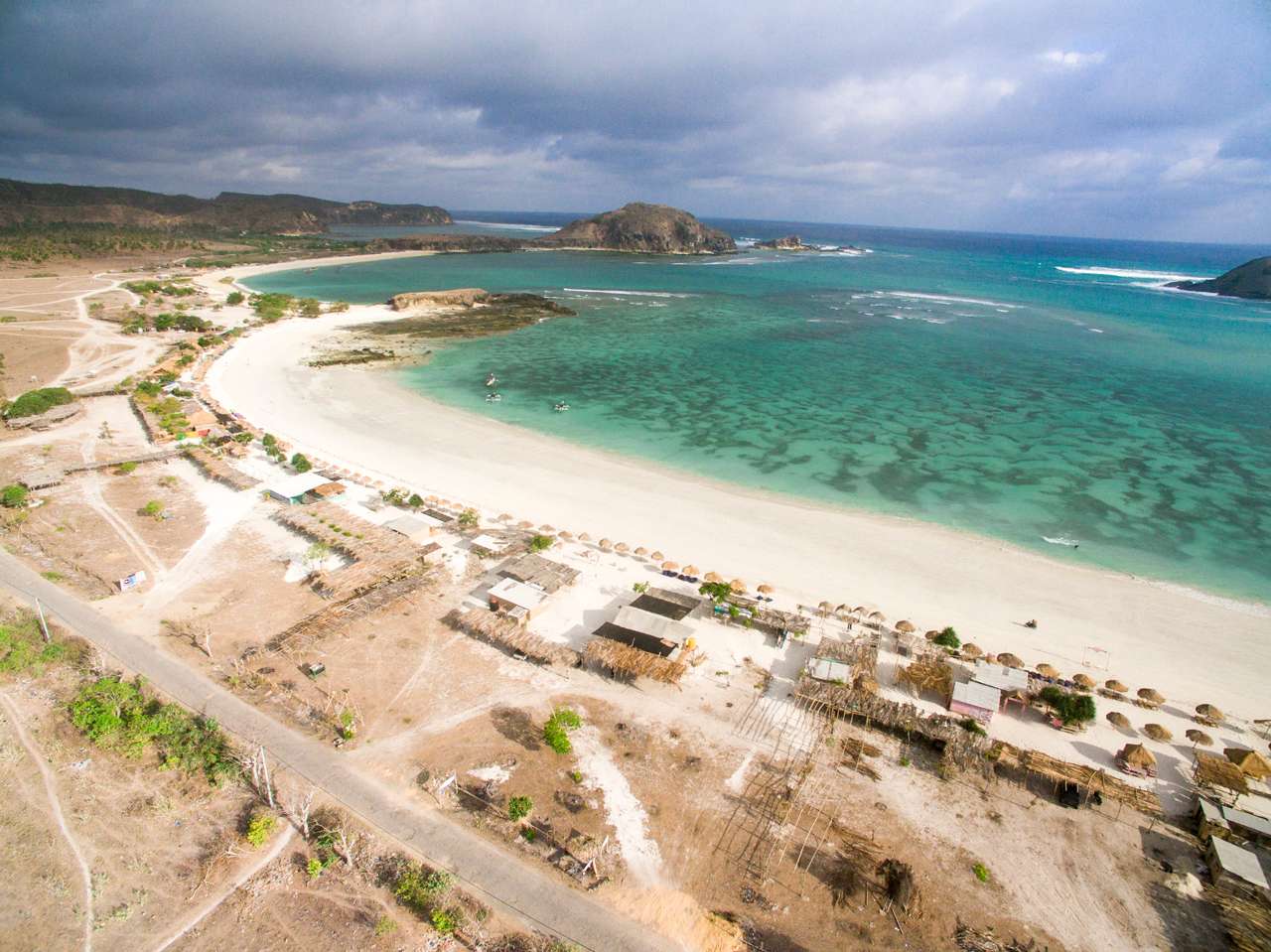 Moreover, the geographical position of Mandalika on the island of Lombok is close to the island of Bali in the west. From Bali Island by road crossing the Lombok Strait, the distance between Bali to Mandalika is only 150 km. A relatively close distance for foreign or local tourists who want to travel as backpackers.

Issues that needs to be maintained are certainly a lot because the name Mandalika itself is still unheard of, especially for millennial who are actively expressing themselves with their surroundings which present something unique and beautiful.

For example the Gili Trawangan tourism, many of its facilities directly lead to young people. Realizing this enormous potential, several tourist attractions were built, ranging from beautiful photo spots, lodging, surfing and diving training facilities to open trip nomadic tours down dozens of Gilis which are scattered around the island of Lombok.

Moreover, Mandalika has also something that cannot be found anywhere else. This place is home to the Sasak Tribe, a native of Lombok that tourists can find in two Lombok traditional villages, which are the Desa Adat Sade and Desa Adat Ende. In those villages, local and foreign tourists can interact directly with the Sasak people.

The name Mandalika is indeed unique. This name comes from the name of the legendary figure of the Sasak ethnic community, Princess Mandalika. That said, the princess has very beautiful face. Because of her beautifulness, many young men and princes were fought to become her husband. Putri Mandalika then decided to meditate and ask for advice from the God. 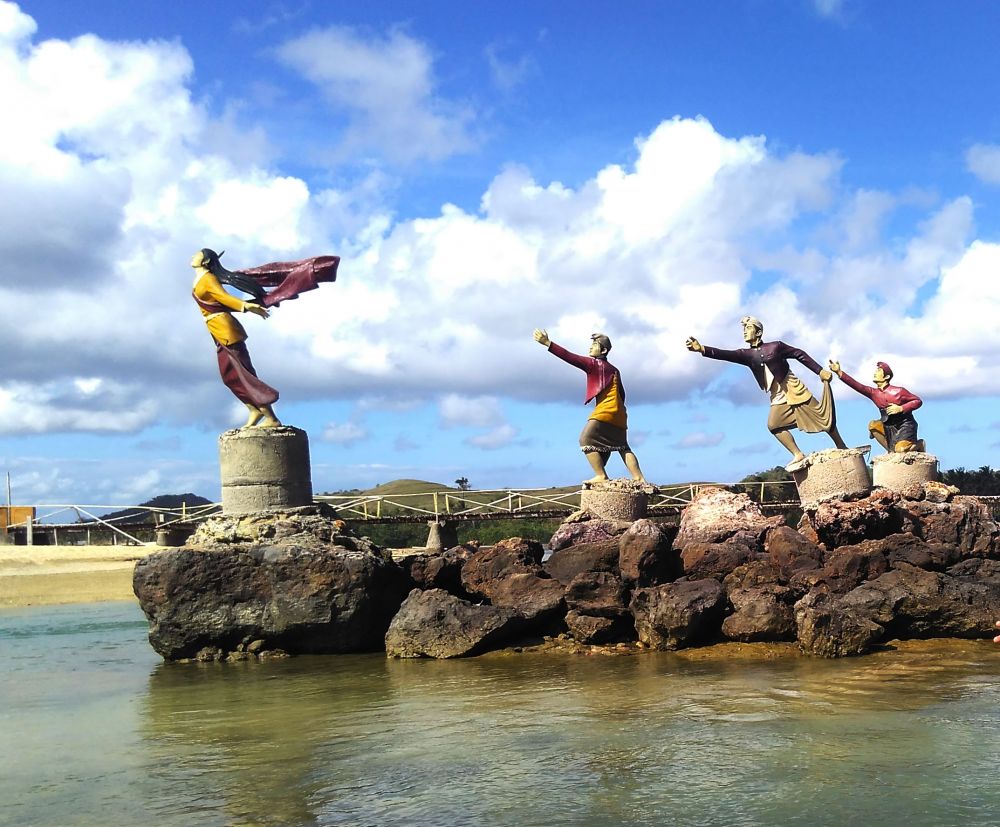 From her message Princess Mandalika only wants to see peace on Lombok Island. Princess Mandalika would have realized that if she accepted a man to become her husband, there would definitely be conflicts between people. Therefore, Putri Mandalika plans to accept all the marriage proposals. 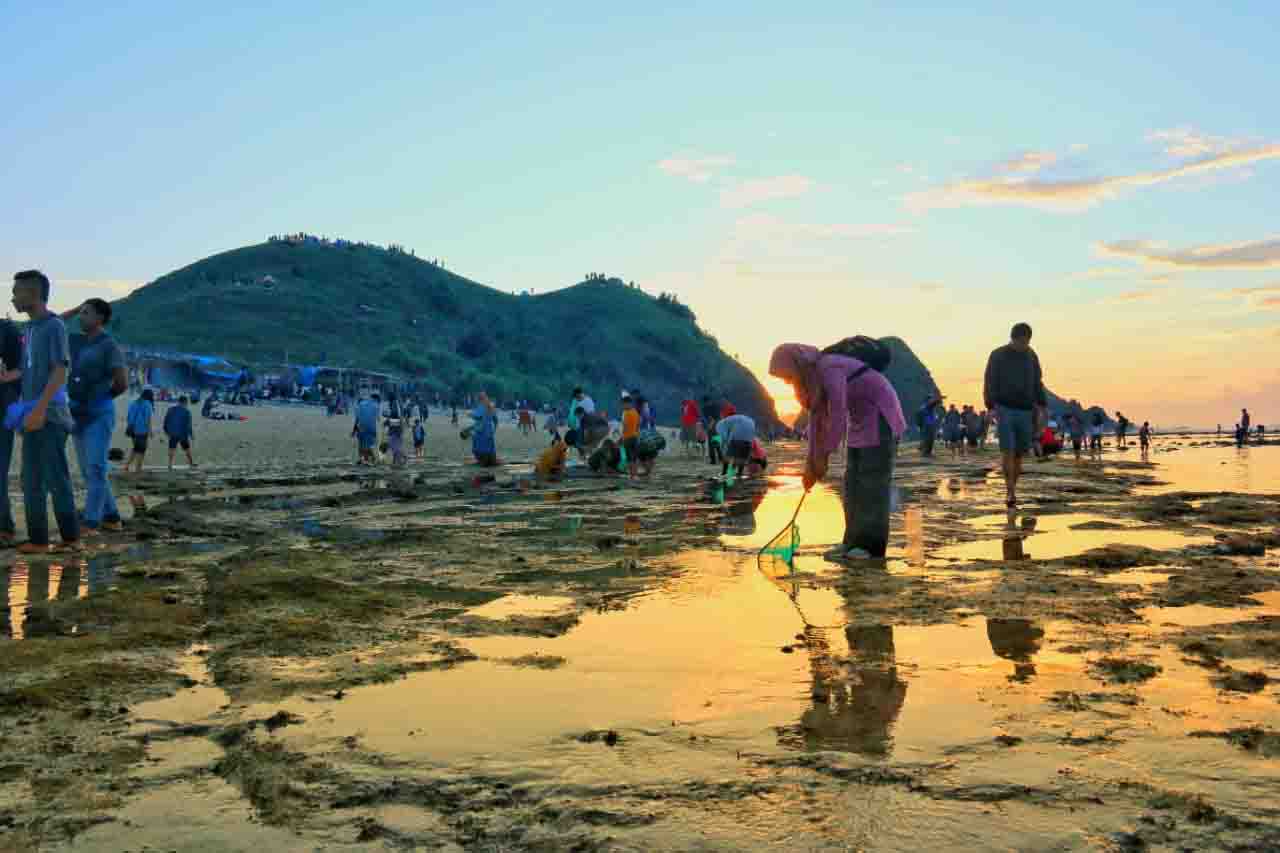 Not long after, suddenly appeared a lot of worms come from the sea. The worms was given a name “nyale” and is believed by the Sasak ethnic community as the incarnation of Princess Mandalika. Since then a traditional Bau Nyale Ceremony was rolled out, a ritual looking for sea worms that are believed to be the incarnations of Princess Mandalika. This tradition is commonly held in February-March.

Not only about the Princess Mandalika legend, Seger Beach also keeps its attractive natural charm. The hills are unique with various shapes and the beach has white sand. Furthermore, the waves are also good for surfers.

West of Seger Beach, around 2-3 kilometers, there is a beach which is quite well known in Lombok. It is the Kuta Mandalika Beach. It has a 7.2 kilometer coastline and is known for having clean white sand. The clear sea water allows the panorama of coral reef’s clusters under the sea to be seen.

The Ministry of Tourism, the local government and the local tourism office are making various efforts to generate Mandalika tourism. After being designated as one of the 10 New Bali and established Special Economic Zone two years ago by President Joko Widodo, various tourism potentials of the region began to be explored and one of the latest is the development of the MotoGp circuit to introduce the world of tourism potential owned by Mandalika. 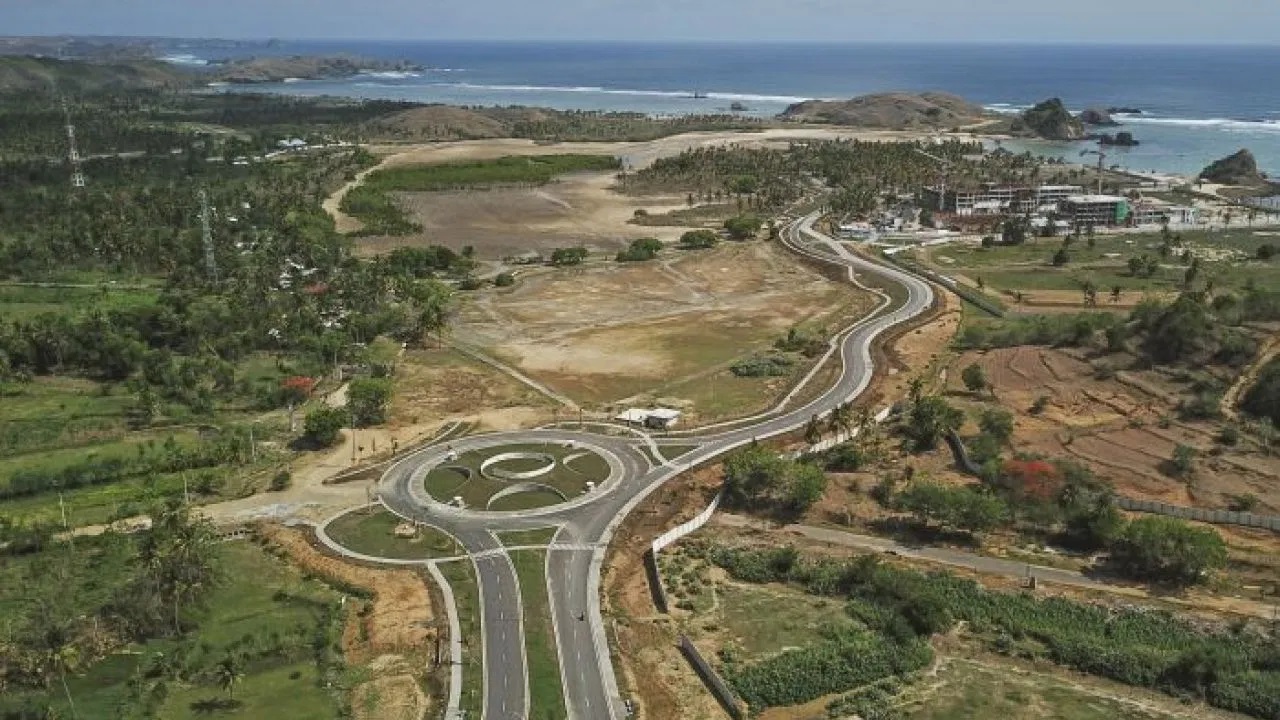 The hard work in promoting Mandalika Special Economic Zone is paid off because Indonesia is pointed to be one of the hosts for prestigious motor racing event in the world, the MotoGP 2021. Therefore, the work on the Mandalika Circuit in Lombok, West Nusa Tenggara continues to be accelerated.

The circuit which is close to the beach is scheduled for completion at the end of this year and is claimed to be the first highway circuit in the world for the MotoGP event.

The Mandalika Circuit will have a 4.31 kilometer track with 16 turns and stand in the middle of a tourist complex which is a Special Economic Zone surrounded by the natural beauty of Lombok.

According to the Managing Director of the Indonesia Tourism Development Corporation (ITDC), Abdulbar M Mansoer, the construction of the Mandalika Circuit is likely to be completed by the end of 2020. The 2021 MotoGP season schedule is expected to be determined around August 2020.