Almost everyone knows Sumba Island because of its natural beauty of exotic hills, gallant horses, beautiful pastures and hot climate. But behind all of that, it turns out that Sumba also has other natural beauty, which is a waterfall that are still very natural and have not been touched by commercialization. Indeed, the existence of this waterfall is like an ‘oasis’ and a hidden paradise in the middle of the hot sun and dry air on Sumba. Starting from lakes, beaches, caves, rice fields, traditional villages to waterfalls, almost all of them are owned by Sumba Island.

Located in the Manupeu Tanah Daru National Park, precisely in Lapopu Village, Wanokaka District, West Sumba Regency, the Sumba Lapopu Waterfall is a multilevel waterfall (steps) type that falls from a cliff with a height of about 90 meters. There are no accommodations yet in Lapopu Waterfall area, but the closest lodging is in the capital city of West Sumba, Waikabubak area or Southwest Sumba in Tambolaka area. 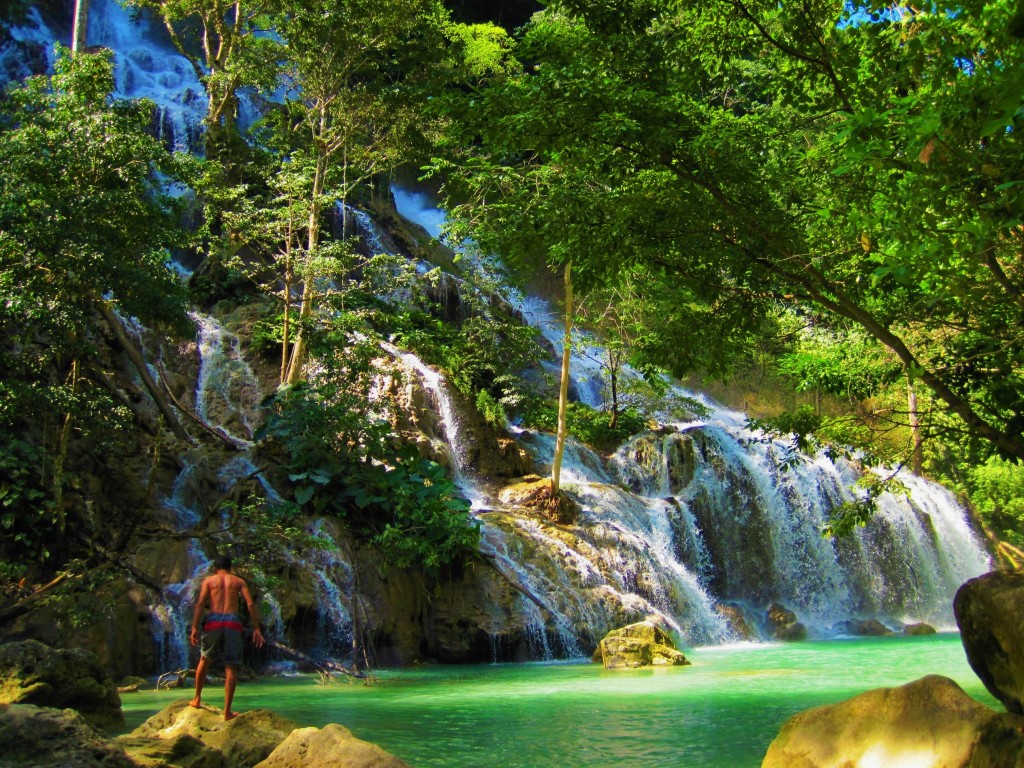 Road access to Lapopu can be started from Waikabubak or Tambolaka using rented vehicle because there is no public transportation yet to reach this waterfall. Located approximately 30 km from Waikabubak, the location is still very natural with access to roads that have not been paved up to several meters into this waterfall area. Even there are almost no signs or road directions to this area, therefore it is advisable to invite local Sumba residents who understand the route to this waterfall.

Arriving at the entrance to the waterfall, visitors can register to the national park staffs by paying an entrance ticket around IDR5000. Although not quite adequate, there are facilities such as toilets and space to change clothes at the national park guard post office. To get to the waterfall, visitors have to walk about 500 meters along the banks of the Lapopu River, with rocky terrain that tends to decline. In the middle of the trekking trip, visitors will also pass a simple wooden bridge that looks a little fragile and can only be passed by a maximum of two people at once when crossing it. 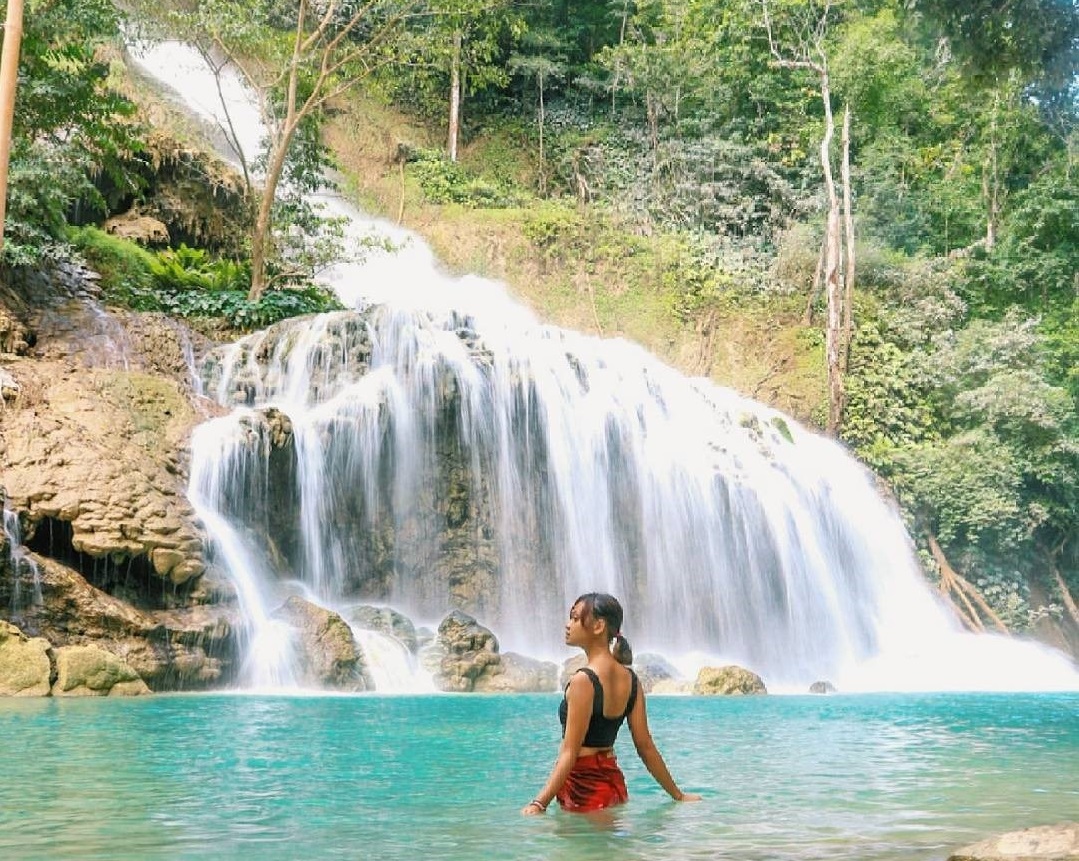 Shortly after that, visitors can already see how beautiful the Lapopu Waterfall is with its very clear bluish green water. Visitors can also feel the fresh flow of the waterfall by swimming in the natural pool under the waterfall. Apart from being a favorite tourist spot, it turns out that Lapopu Waterfall is also used as a source of water for the local community. Even though it looks big and heavy, the bathing depth below is only 2 meters, so it’s safe to swim.

Sumba Lapopu Waterfall is a mandatory destination for visitors who want to travel overland to explore the exoticism of Sumba Island from west to east. This waterfall has already become favorite destination for foreign and domestic tourists who vacationing in Sumba Island. In fact, guests from Nihiwatu the best hotel in the world, always visit the waterfall to swim and enjoy the natural atmosphere and fresh air there. The best time to visit Lapopu is during the dry season in Indonesia, which is around May to October, where the water flow is not too big.