Ma’Nene Tradition in Tana Toraja to Respect the Ancestors

Tana Toraja is known for its various kinds of cultural heritage which is very rich and of course has its own uniqueness. The cultural heritage of Tana Toraja has been successfully made into part of tourism activities in the Tana Toraja region, making it one of the mandatory destinations that must be visited when vacationing in South Sulawesi Province.

The Rambu Solo ceremony is one of unique traditions that has been the most well known to tourists. The Manene funeral ceremony which is held lively and costs a lot of money has its own charm for local and foreign tourists.

However, there is one more ritual from Tana Toraja which is also related to death which is very dear to miss when visiting the Tana Toraja. Ma’Nene, that’s how the name of this ritual is called. This ritual is an activity to clean the bodies of ancestors who have died for hundreds of years. Although not many people have performed this ritual, in some areas such as Pangala Village and Baruppu Village they still carry it out regularly every year. 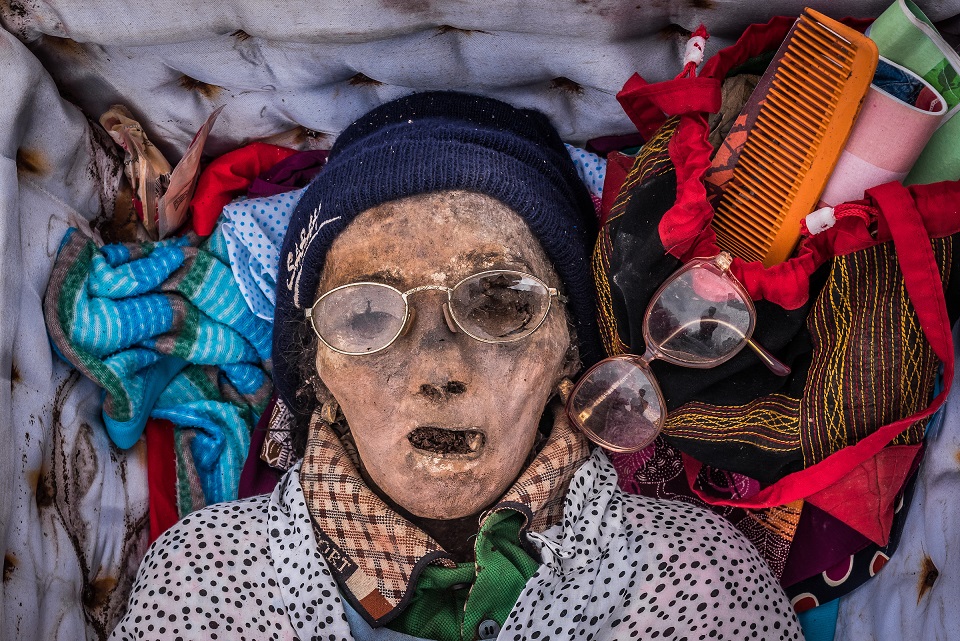 The procession of the Ma’Nene ritual begins with family members coming to Patane (a building that has some room to store several bodies) to retrieve the bodies of their deceased family members. Patane is a family grave that looks like a house. Then, after the body is removed from the grave, the body is cleaned. The clothes worn by the bodies of the ancestors were replaced with new cloth or clothes.

Usually this ritual is carried out simultaneously by one family or even one village, so that the event is quite long. After the new clothes were put on, then the body was wrapped and put back in Patane. The Ma’Nene procession was closed by gathering family members at the Tongkonan traditional house to worship together.

This ritual is usually done after the harvest period, around the end of August. The consideration is that usually families who had migrated out of town would return to their villages, so that all families could attend to carry out this Ma’Nene procession together.

The Ma’Nene ritual is more than just cleaning the body and putting on new clothes. This ritual has a deeper meaning, which reflects the importance of relationships between family members for the Toraja people, especially for relatives who have passed away beforehand. Torajan society shows an unbroken relationship between families even though they have been separated by death. The MaNene Tradition in Tana Toraja is also used to introduce young family members to their ancestors.