Every region in Indonesia has a variety of unique and interesting traditions. One of them exist in Tana Toraja. Tana Toraja, literally means land of Toraja, is a highland situated in the region of Southern Sulawesi, Indonesia. It is well known as the Land of Heavenly Kings.

In Tana Toraja tourists are not only can hunt instagrammable tourist destinations, but they can also witness a variety of unique and unusual traditions in the style of Toraja. In fact some of Tana Toraja cultures have been known worldwide because of the uniqueness.

The various traditions of ancestral heritage are still carried out by the Toraja people but those can only be witnessed at certain times. Curious? Check out these 5 Unique Culture and Traditions of Tana Toraja. 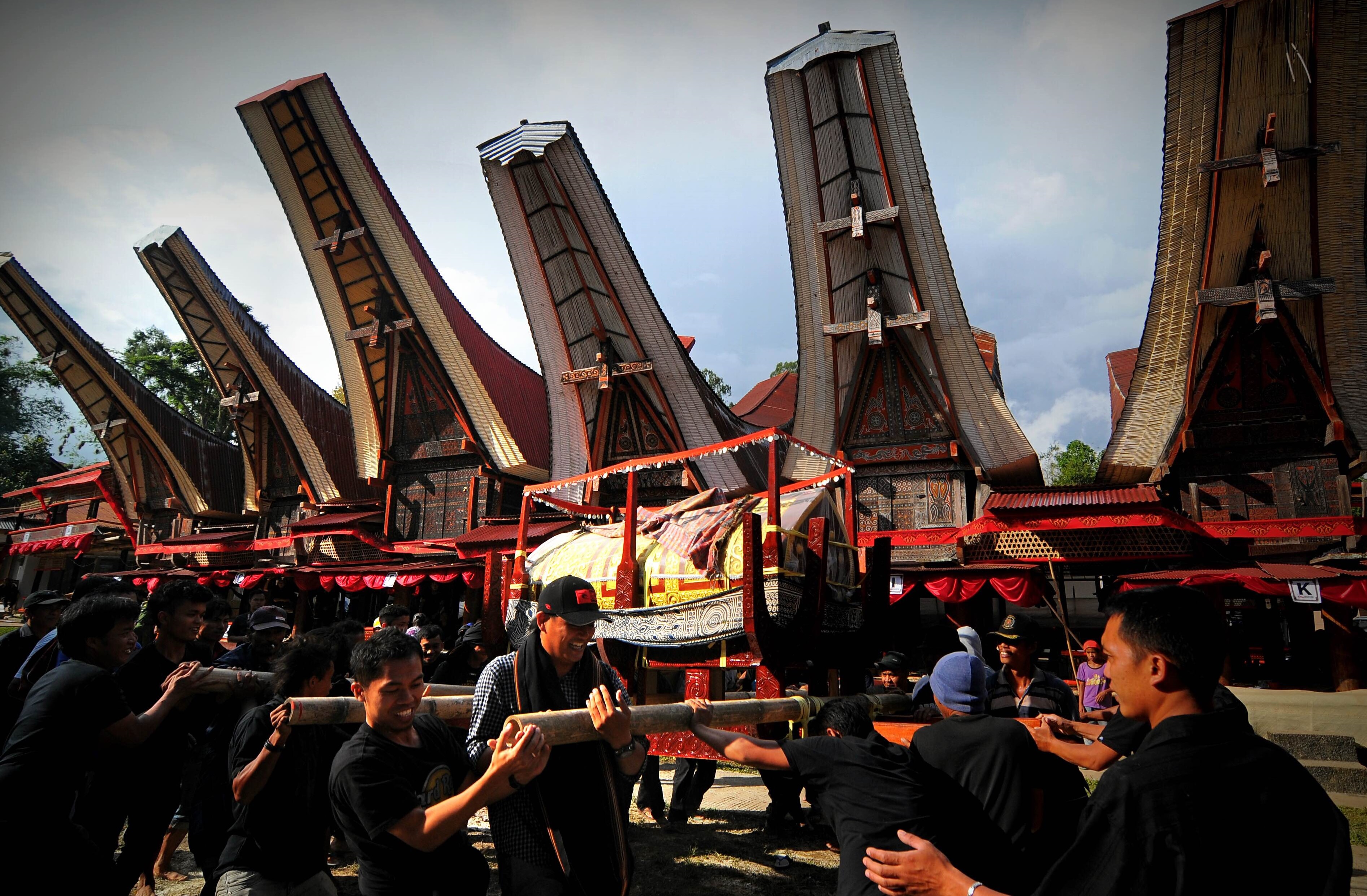 Rambu Solo is a traditional ceremony for the death of Tana Toraja community aimed to honor and deliver the spirits of the people who have died to the spirit realm, to return them to eternity with their ancestors in a resting place.

The ceremony is also called a death enhancement ceremony because the person who has died is deemed to actually died if the entire procession of the ceremony is fulfilled. If not, then the deceased person is only considered a “sick” or “weak” person, so he is still treated like a living person, laid them on a bed and given food and drinks and even invited to talk.

In Toraja community, funeral ceremonies are the most important and expensive one. The richer and more powerful a person is, the more expensive the funeral service will be. This tradition can last for several days according to the social status of the families of the Rambu Solo organizers. 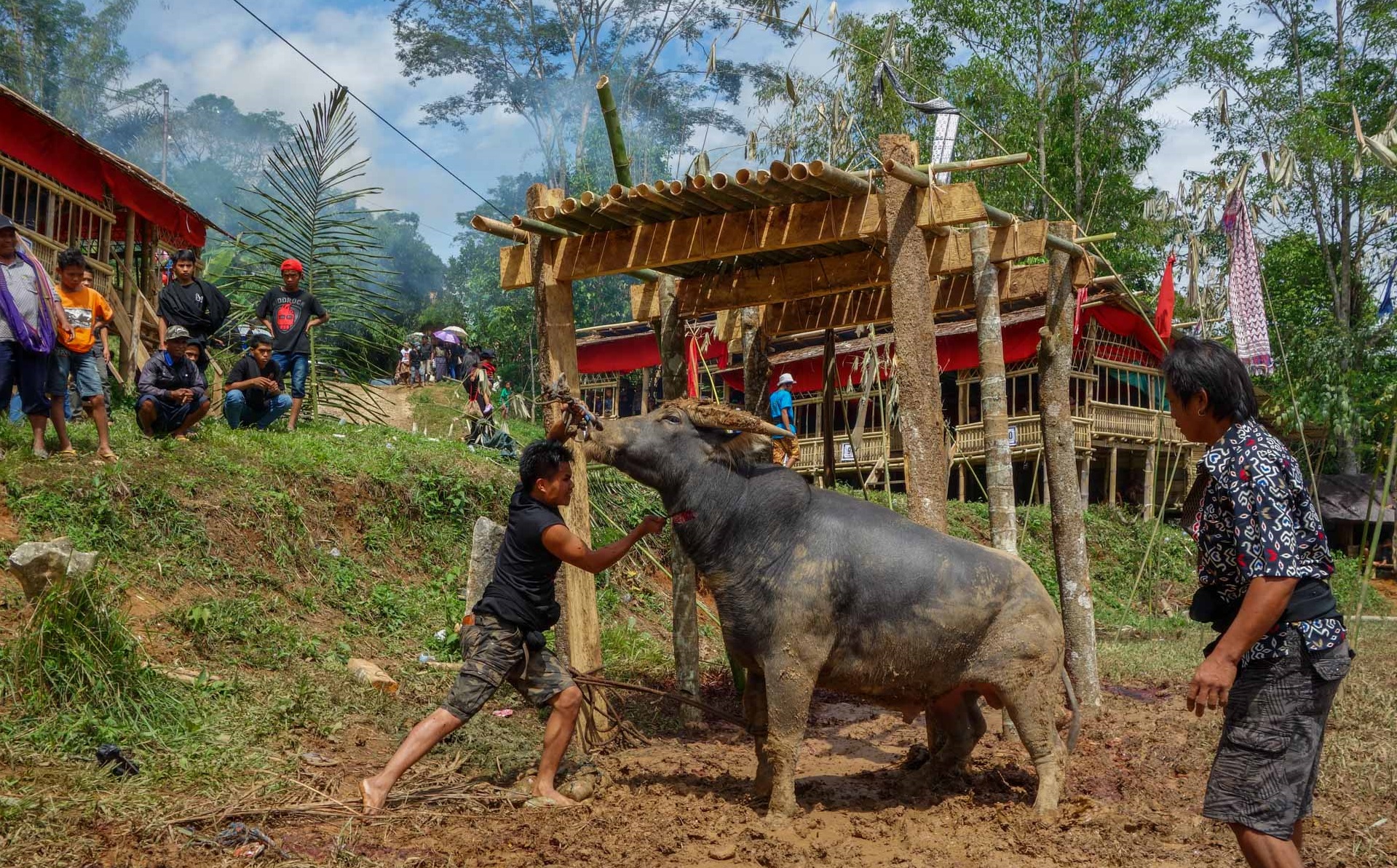 Ma’tinggoro Tedong (Buffalo Slaughter) is one of a series of events in the Rambu Solo ritual. Tinggoro Tedong display a buffalo slaughter procession which was carried out by slashing the bull’s neck with one slash, using a Toraja machete.

According to the Toraja ancestral beliefs or what is called Aluk Todolo, buffaloes are the animals that will help the corpse spirits to travel to the “puya” or the afterlife. Although classified as sadistic, the Ma’tinggoro Tedong tradition always attracts local and foreign tourists to come to Tana Toraja. 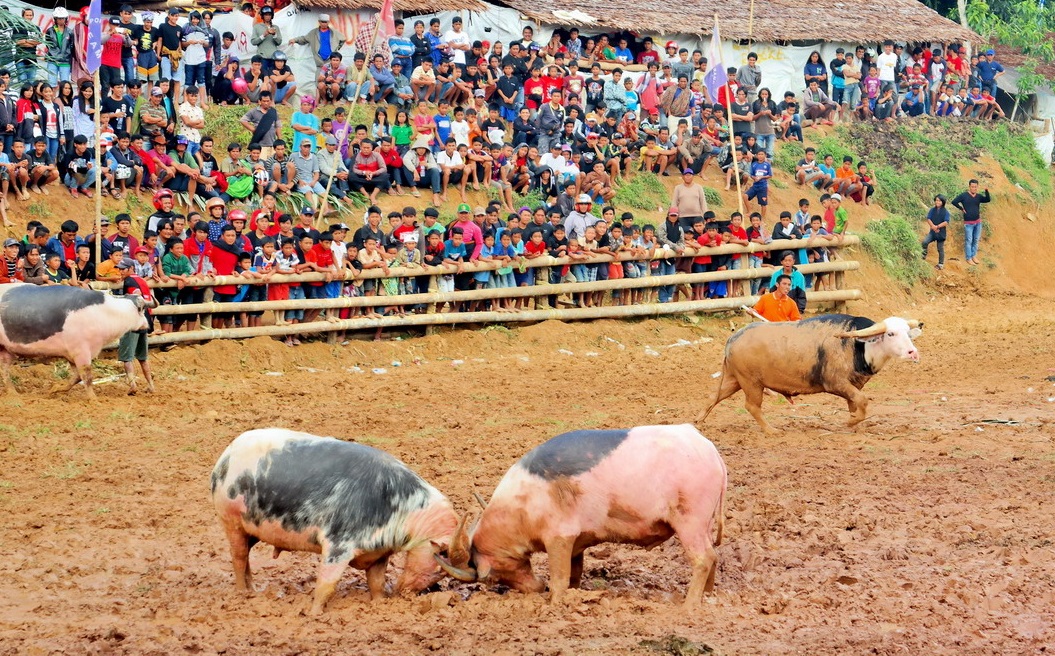 For the Toraja people, Tedong Silaga (Buffalo Fighting) is an amusement event for families who are grieving. Families who hold Tedong Silaga are usually come from respected people and from the upper economic class. They have to prepare compensation for every buffalo dies in the battle arena.

The buffalo fighting arena is also a betting place. Before the event began, the committee announced through loudspeakers that bets are allowed as long as related to the buffalo fights. The fight between the two buffaloes will end if one of them is killed. But this is a very rare situation because usually the defeated buffalo will leave the arena before get killed. The buffalos that will be in the battle have undergone special treatment by providing nutritious food and massage treatments. 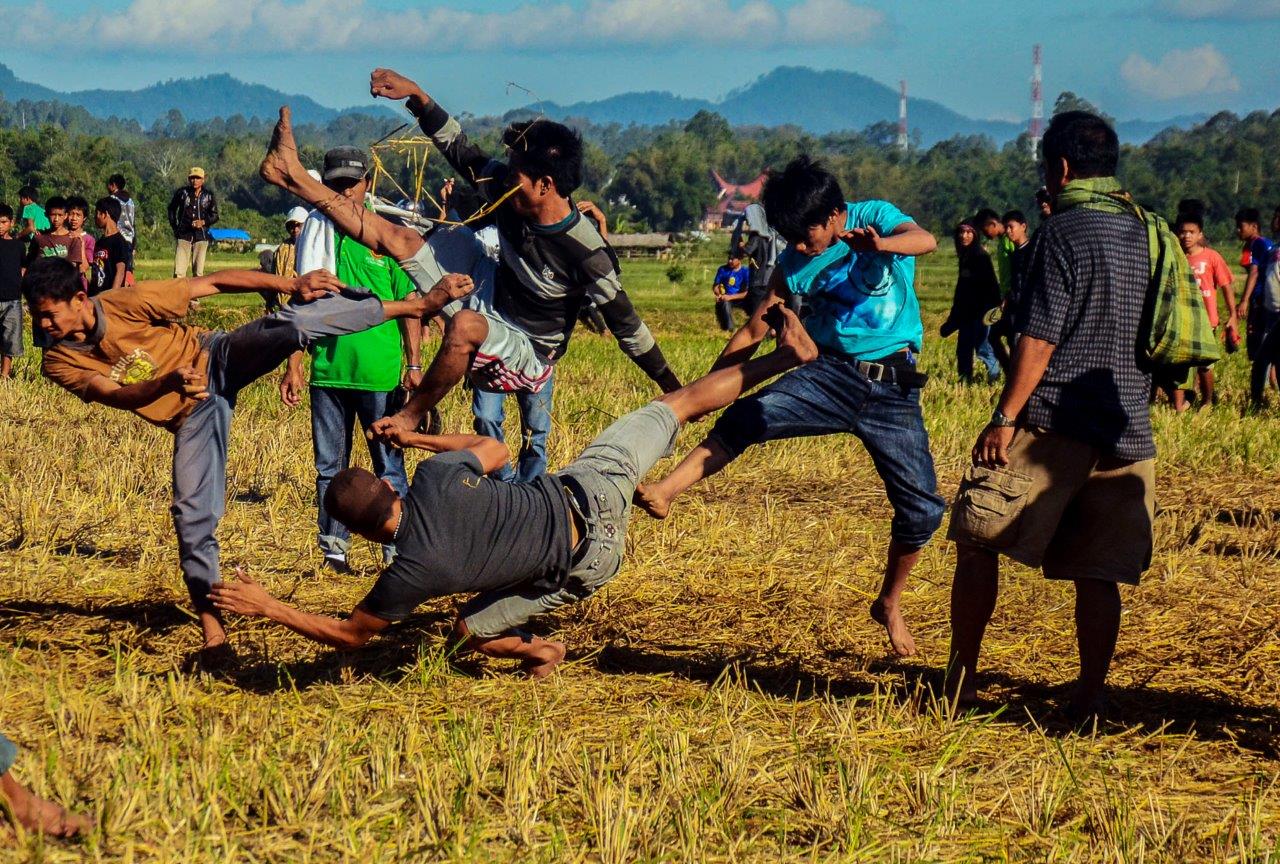 Sisemba is a unique tradition of the Toraja community where people kick each other in a crowd. This tradition was carried out on a stretch of rice fields when the harvest party held in Kande Api Village, Toraja Utara Regency. In this event, a variety of typical foods are served, traditional dance or “ma ’gellu” are performed as well as the tradition of pounding rice or known as ma’lambuk.

The peak of the harvest party and the most awaited event is Sisemba. Sisemba in Toraja language means to kick each other. Sisemba is a tradition of mutual kicking carried out by hundreds of residents in the open field and impressed with each other without rules. In the history of the process, many people have suffered injuries and fractures but this tradition is still preserved from generation to generation. 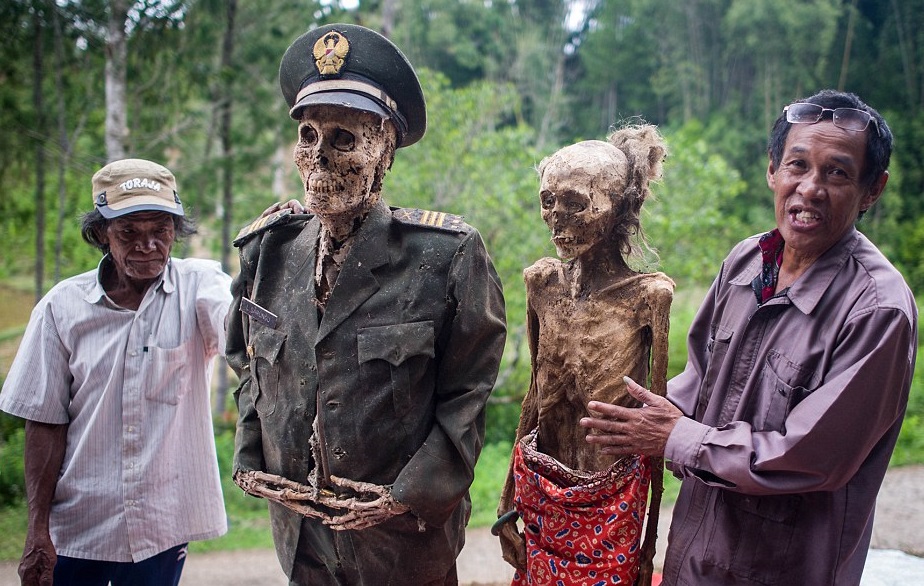 Ever seen the walking dead in reality? Well, in Tana Toraja you will find this unusual things. Ma’nene is the name of the ritual.

Ma’nene is a traditional ceremony to replace the clothes of the corpses of the ancestors. This ceremony is held every three years and usually in August. The Ma’nene ritual is carried out specifically by the Baruppu people in the remote village of North Toraja. The Toraja indigenous people believe that if the ritual is not carried out, then their rice fields and crop fields will be damaged by pests and caterpillars that come suddenly.

When Ma’nene is carried out, the coffins of the ancestors will be removed from the stone tombs and placed in the ceremonial arena. Bones and undecomposed corpses are cleaned by washing them and then the clothes are replaced.

For dead bodies, men will be dressed in complete suits with all-new ties and sunglasses. Usually the clothes are given by the grandchildren and their children who have succeeded. They treat the corpse as if it were still alive and considered still part of the family.

This activity is carried out for thirty minutes. After replacing the corpse clothes of the ancestors, the people then gathered to enjoy the meal together. Ma’nene is usually carried out in conjunction with the Rambu Solo traditional ceremony, where families bring animal for sacrifices such as pigs or buffaloes to the grave to ask for protection and pray for abundant sustenance.