Labuan Bajo is blessed with extraordinary natural beauty. There are six popular tourist attractions in Labuan Bajo visitors can choose from.

On the other hand, Indonesia is also famous for its very unique and different geographical conditions that provide diversity which cannot be found in other countries.

One area that is visited by many tourists both domestic and foreign is Labuan Bajo. Generally, many foreign tourists are even more familiar with the top attractions here because they are popular for their natural beauty. Labuan Bajo is also located right on the western part of the island of Flores which hold various hidden tourist attractions that were recently discovered by travelers and also recently developed by the local government.

Here are those popular tourist attractions in Labuan Bajo. 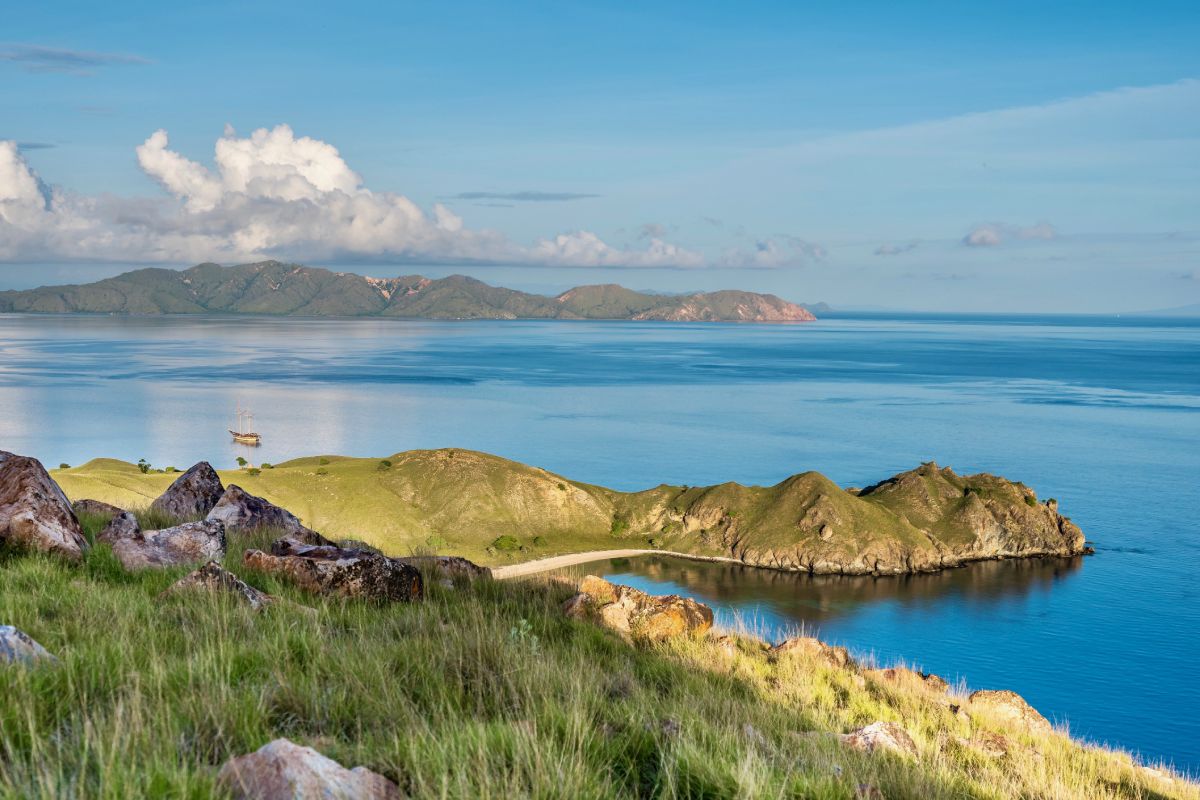 The first place you can visit in Labuan Bajo area is the Rinca Island. This group of islands located in the Komodo Island is indeed popular for its natural beauty and close location from Labuan Bajo. This island has the highest point with an altitude of 670 meters above sea level, so when visiting you will be able to see a very beautiful view of Flores from height.

Besides Komodo dragons, there are other animals that live on Rinca Island, such as buffalo, birds and wild pigs. So for those who want to come to Rinca island, it is better to visit the island during the morning until noon. On the island of Rinca, visitors will take part in environmental conservation activities by planting mangroves and other natural attractions. 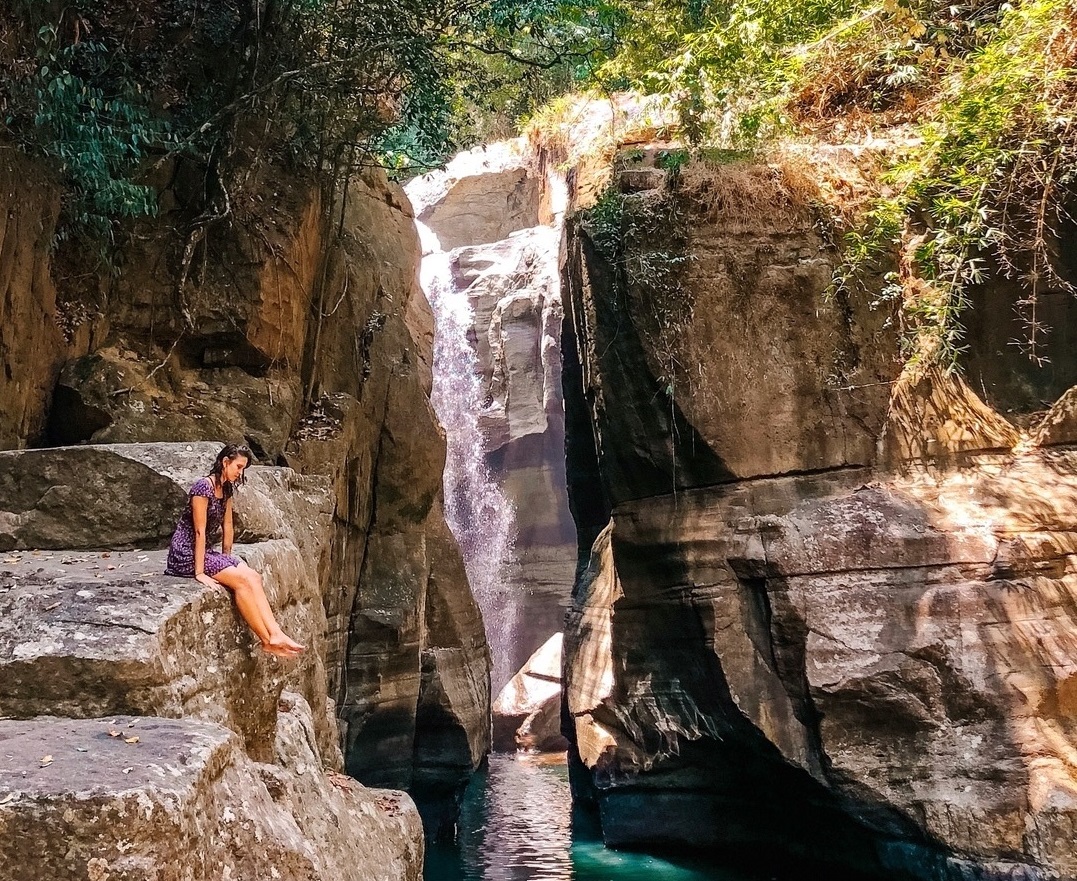 Another favorite place to visit in Labuan Bajo is the Cunca Wulang Waterfall. It is located in the Mbeliling Forest area with an altitude of 2,000 meters above sea level. At a glance this waterfall looks like Green Canyon because it has the same atmosphere and water color, but with a narrower version with rocks flanking along its sides.

You are also allowed to climb the rocks and even jump from a height to this Cunca Wulang Waterfall. However, you must consult first with your guide because the water volume is reduced during dry season, and of course this will be a dangerous thing to do. Other thing to note is that you have to bring food and drinks because there are no food or beverage stalls around the waterfall. 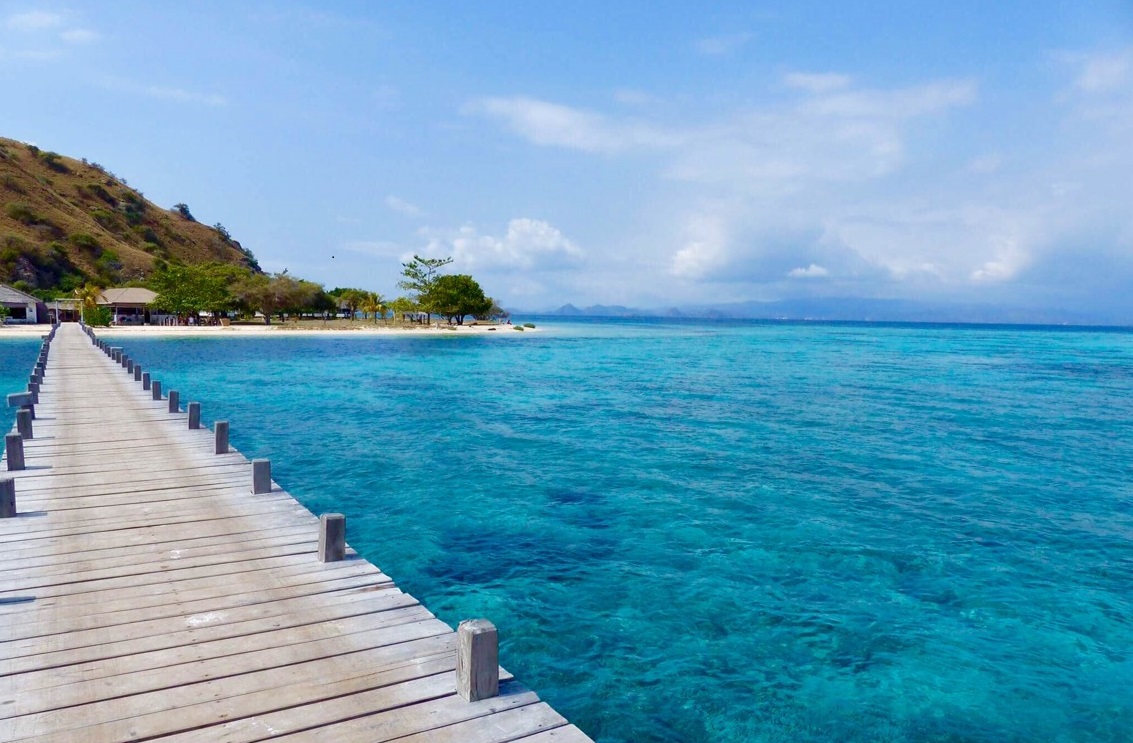 Besides the Komodo Island, another one that you can visit with very clear water is the Kanawa Island. This 35 hectares island is located in East Nusa Tenggara Province. Kanawa has beautiful natural scenery and is also charming, especially on the coast and also under the sea.

While swimming or diving you can see very clear sea water and very clean white sand. The underwater beauty of Kanawa Island can be seen from above sea level such as the coral reefs, small fish and even the sea turtles. If you want to spend the night on Kanawa Island, there are around 13 guest houses available at a rental price of approximately Rp. 300,000 per night. 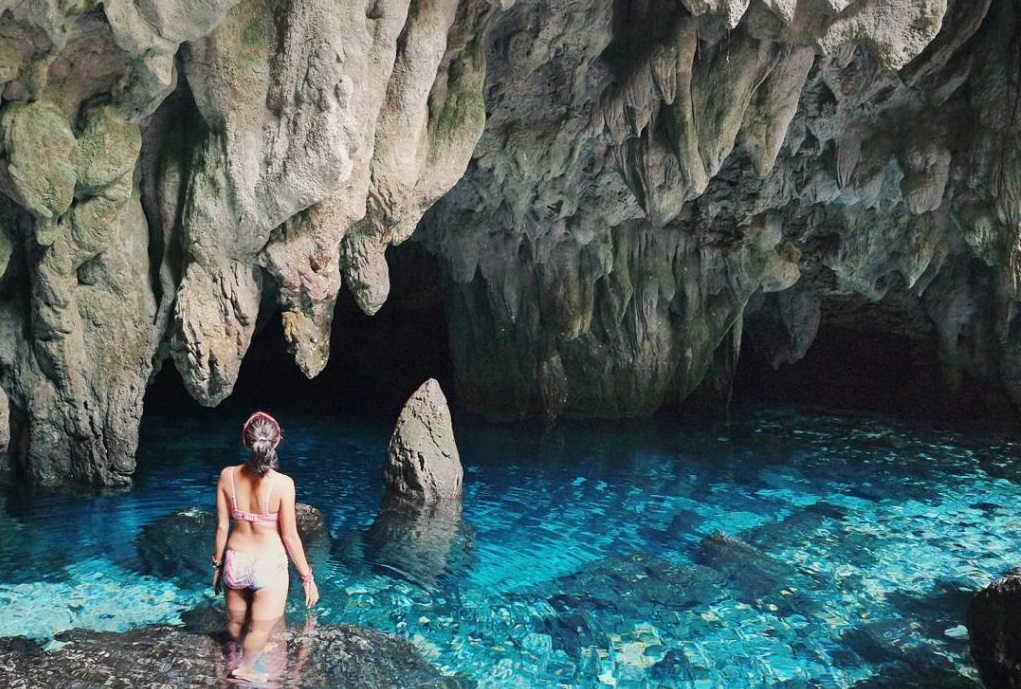 Another unique tourist attraction that you can visit in Labuan Bajo is the Rangko Cave. This cave is located in West Manggarai Regency, East Nusa Tenggara. Actually Rangko is a cave that has various stone decoration and also stalactites filled with clear blue sea water which is very exotic and also beautiful.

But unfortunately this Rangko Cave is a quiet difficult place to access so you have to walk and also use the local tour guide services so that you don’t get lost ! 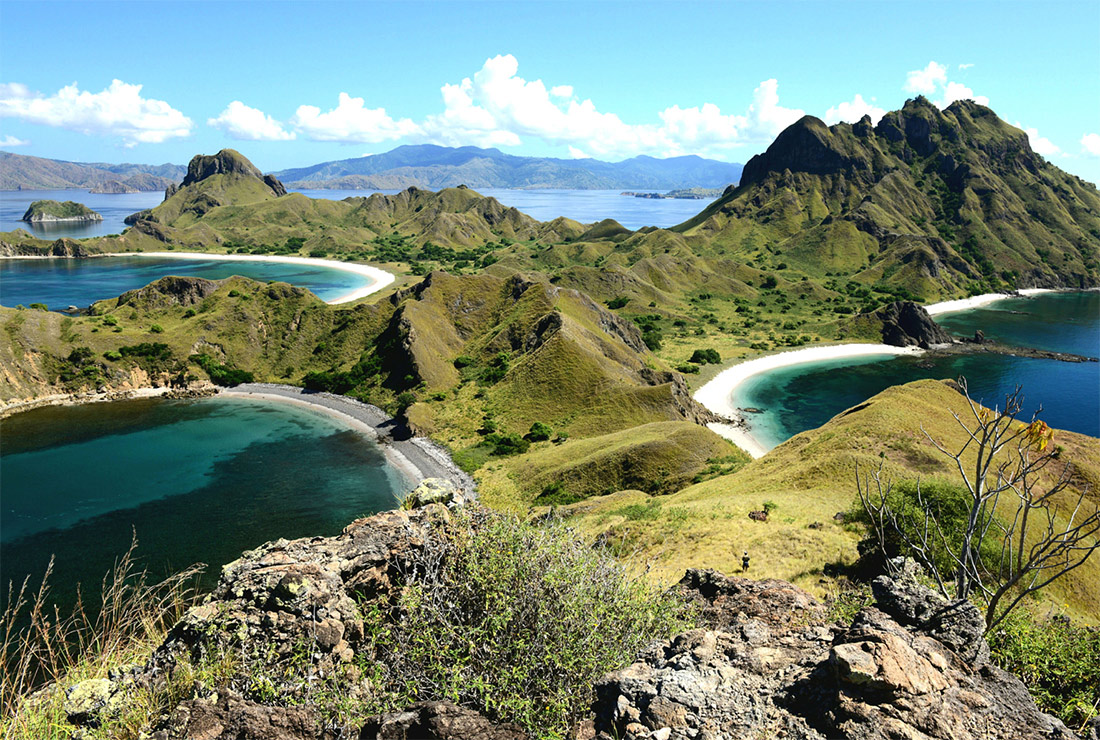 Although the name is not as popular as Komodo Island and Rinca Island, the beauty of Padar Island can not be denied. On this island there are four small islands, each of them offers its own unique scenery. The tourists can climb the hill to enjoy the view from above or enjoy the sunrise and sunset. 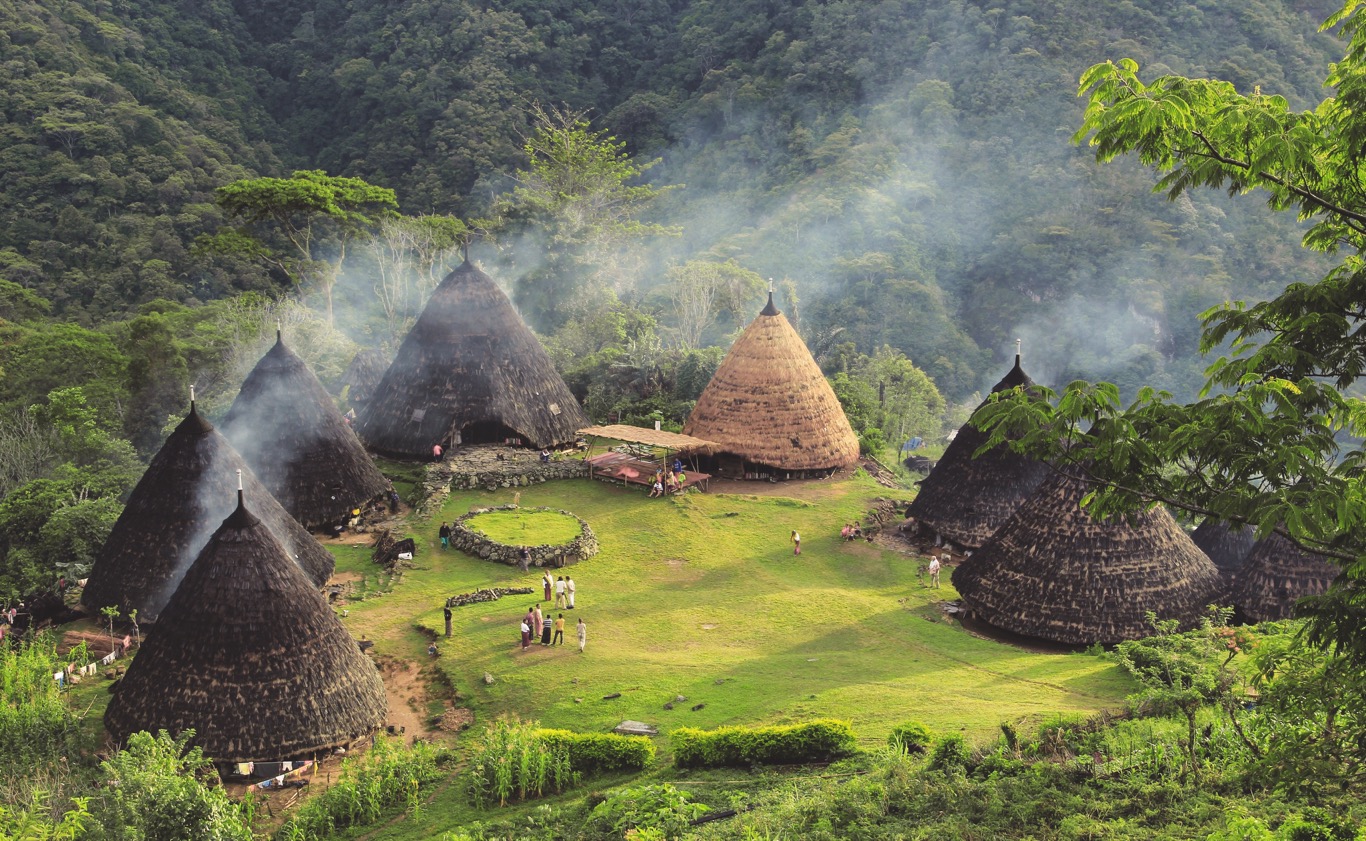 Wae Rebo is a cultural tourism destination that offers beautiful views. The village located “above the sky” is full of culture and local wisdom of the Flores Manggarai community. It’s not easy to visit the village, you have to trekking up more than 3 hours. But after long way Wae Rebo trekking to the top you will be amazed by the beautiful scenery of the area around.