At this moment Indonesia keeps on trying to develop ecotourism as a way to conserve the environment and improve the welfare of the local community. Ecotourism has been promoted in many regions all around Indonesia as one way to protect its rain forests as well as helping the communities uncover alternative sources of income for sustainable development.

Ecotourism itself is a new travel ethic promoted in response to the high-demand of natural travel experience industry. It concerns  two aspects which are the market and the goal. The market aspect is to improve the people economy while the goal is to preserve  tourist attractions and the surrounding environment.

Indonesia offers some of the best natural holiday trip in the world. Whatever tourist normal trip you take while vacationing in Indonesia is guaranteed to be fun. But a sustainable journey as a responsible traveler where you can actually protect and sustain the beauty of the objects, enriches your experiences even more.

Want to be a responsible traveler? Here are some of Indonesia best ecotourism experiences and destinations you can have.

West Bali National Park or “Taman Nasional Bali Barat” is located in the north-western part of Bali island. It includes the whole area of Prapat Agung Peninsula and large area of land around Gilimanuk, Cekik and Banyuwedang.

This park covers a huge area of coastline, rain forest, mangroves and more. Bringing together wonderful biodiversity to observe and enjoy. Is is also a popular bird watching spot where tourists have real chance to see the endangered Bali Starling. 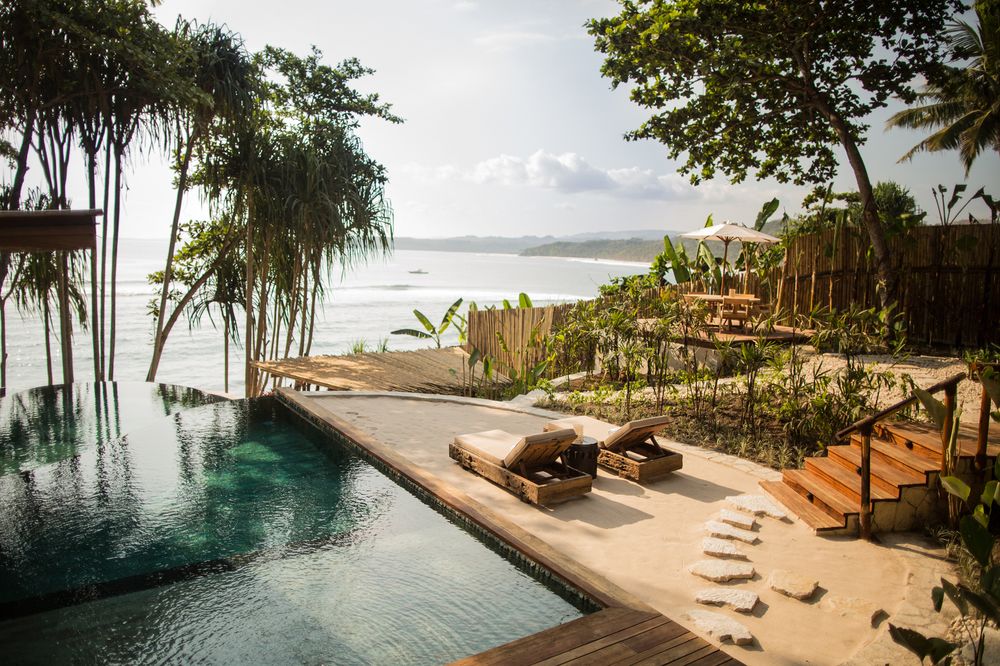 Nihi Sumba is an award-winning luxury resort on remote Sumba Island. It is an eco-hotel which supports the local Sumbanese people, culture and traditions while still maintaining an internationally recognized five-star luxury standard.

In running the hotel business, Nihi Sumba is always concerned to propose tourism activities that are environmentally friendly by prioritizing the nature conservation aspects as well as aspects of cultural socio-economic empowerment of the surrounding community.

Flores has six ecotourism villages spread in West Manggarai, Ngada, and Manggarai area. One of them is Waerebo Village which is located in the southwest of the city of Ruteng, Manggarai Regency, East Nusa Tenggara. To reach the village, it’s not very easy because of the location on top of a mountain area, but it’s definitely worth it.

The village which is located at an altitude of 1,200 meters above the sea level is like a paradise above the clouds. It still maintains its local wisdom and uniqueness, both in terms of its customs, building structures and the ways of life.

Natural scenery of mountains combined with 7 cone-shaped traditional houses will give its own impression for every visitor who will trek to the village of Wae Rebo. 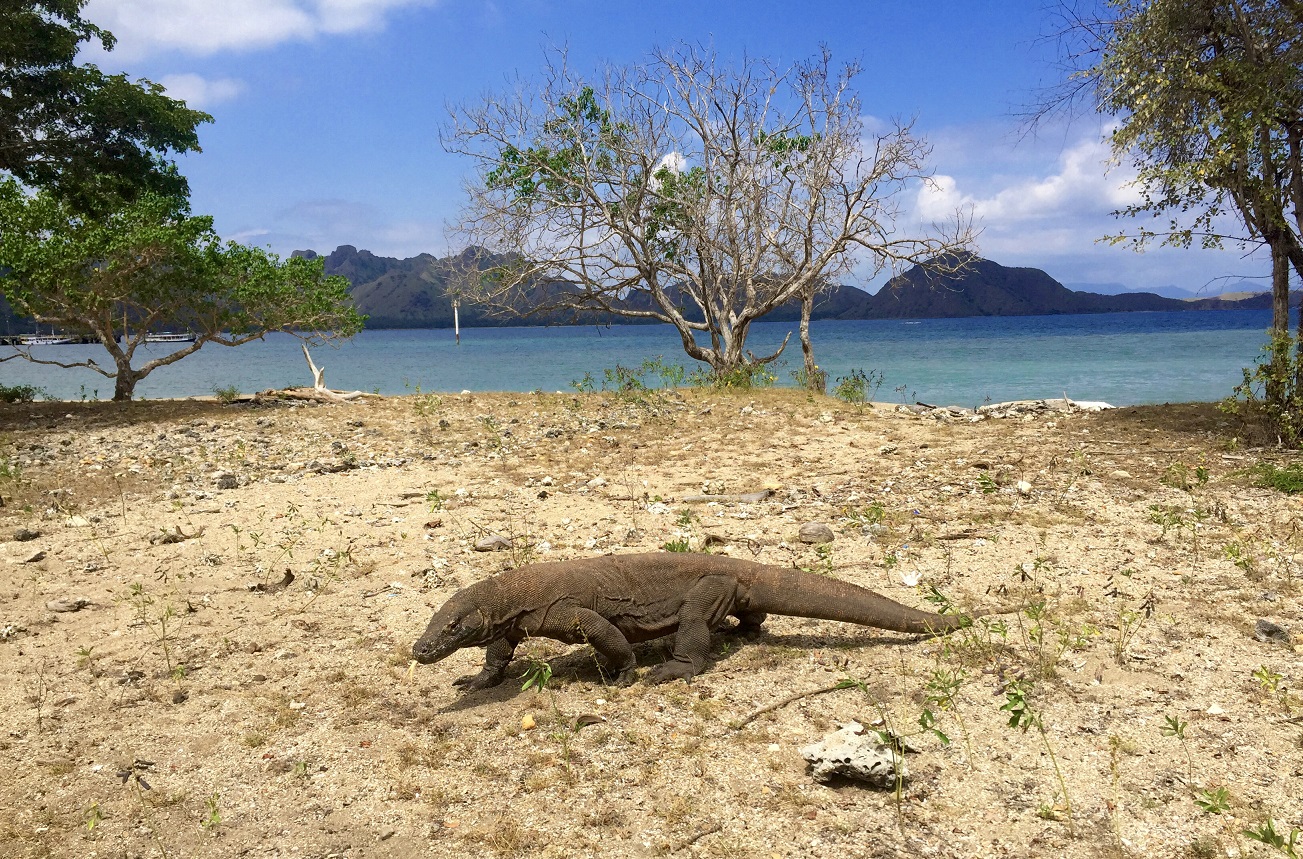 Komodo National Park is one of Indonesia’s national parks that become the habitat for endangered species, Komodo. This park was established in 1980 to preserve Komodo Dragons and was declared a World Heritage Site as well as the Man and Biosphere Reserve by UNESCO in 1986. Komodo National Park covers the islands of Komodo, Rinca Island and Padar Island, as well as small islands in the surrounding area.

At this moment the Komodo National Park is seriously prepared as one of the ecotourism destination in Indonesia. Other than Komodo, this park also offers interesting marine tourism to explore. The underwater life of coral reefs, mangrove, seaweed as well as the fauna are so beautiful.

Indonesia has many exotic national parks to visit and one of them is the Way Kambas National Park, located in Lampung. This park offers a diversity of unique flora and fauna. Way Kambas includes a range of lowland forests, freshwater swamp forests, grasslands, shrubs, coastal forests and also wild animals. The wildlife area is approximately 125,000 hectares which most of the area is jungles. In Way Kambas, tourists will be presented with endangered Sumatran elephants which can be said to be an icon of this place. As you know that Sumatran Elephants are indeed almost extinct.

The main reason why Way Kambas was established in 1936 is for nature conservation as well as protection for the animals that are scattered around the area such as Sumatran elephant, tapirs, six types of primates, deer, Sumatran tigers, sun bears and Sumatran rhinos. 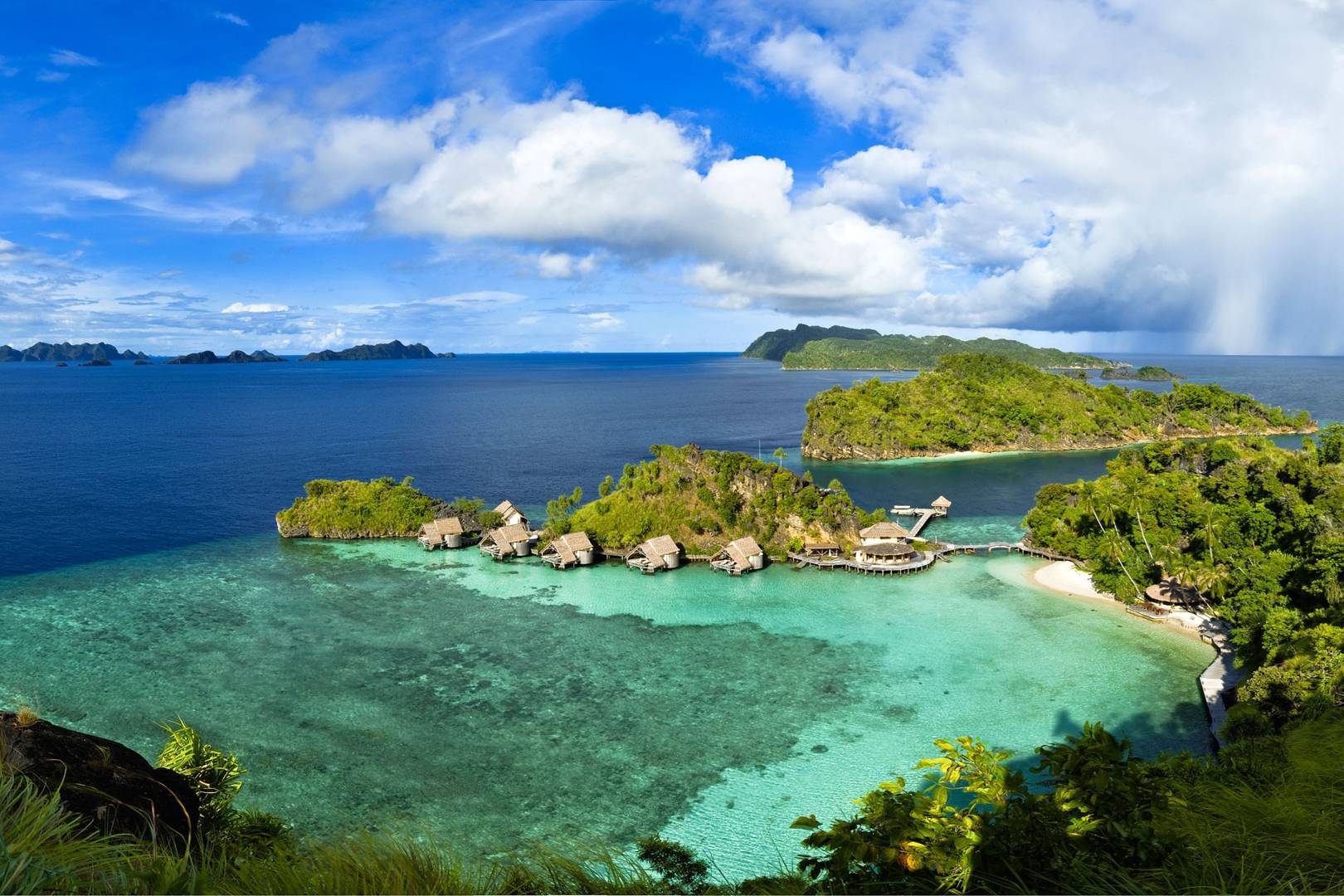 This archipelago off the coast of Papua is popular because of its rich marine biodiversity and pristine nature. Raja Ampat has tremendous tourism potential. Research conducted by Conservation International Indonesia (CII 2004) concluded that the Raja Ampat sea is one of the best coral reef area in Indonesia.

There are around 46 coastal and marine tourism areas that have been developed for marine ecotourism activities. Development of marine ecotourism in  Raja Ampat area is carried out through diving in Raja Ampat waters, snorkeling and alternative activities such as bird watching and cultural tourism. These lead to interactions between tourists and local communities, resulting in positive social and economic impacts for the community. 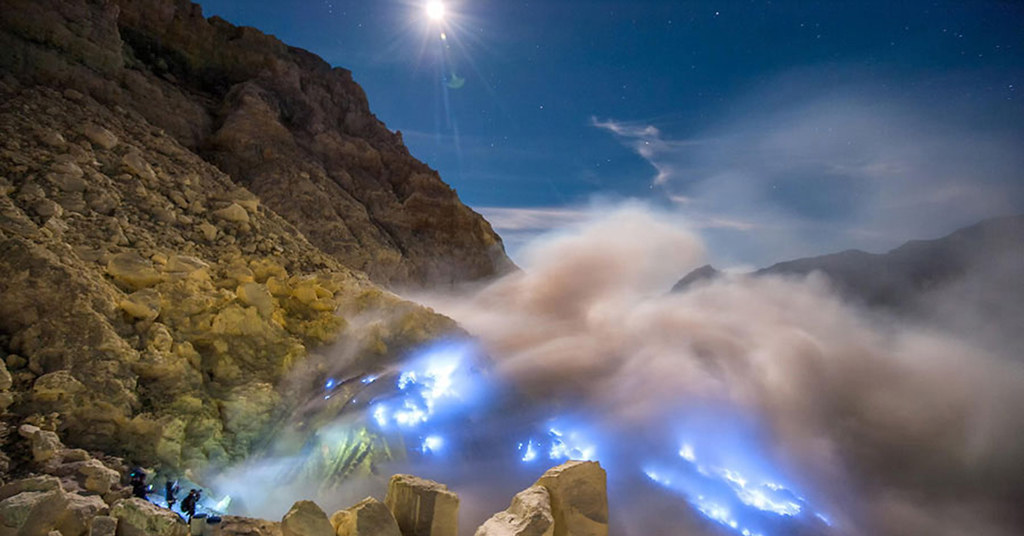 Ijen Nature Tourist Park is a conservation area which is primarily use for the benefit of natural and recreational tourism. This area has two main attractions which are the Blue Fire, which is only spotted two in the world and second is the beauty of the landscape around Ijen Crater climbing route. 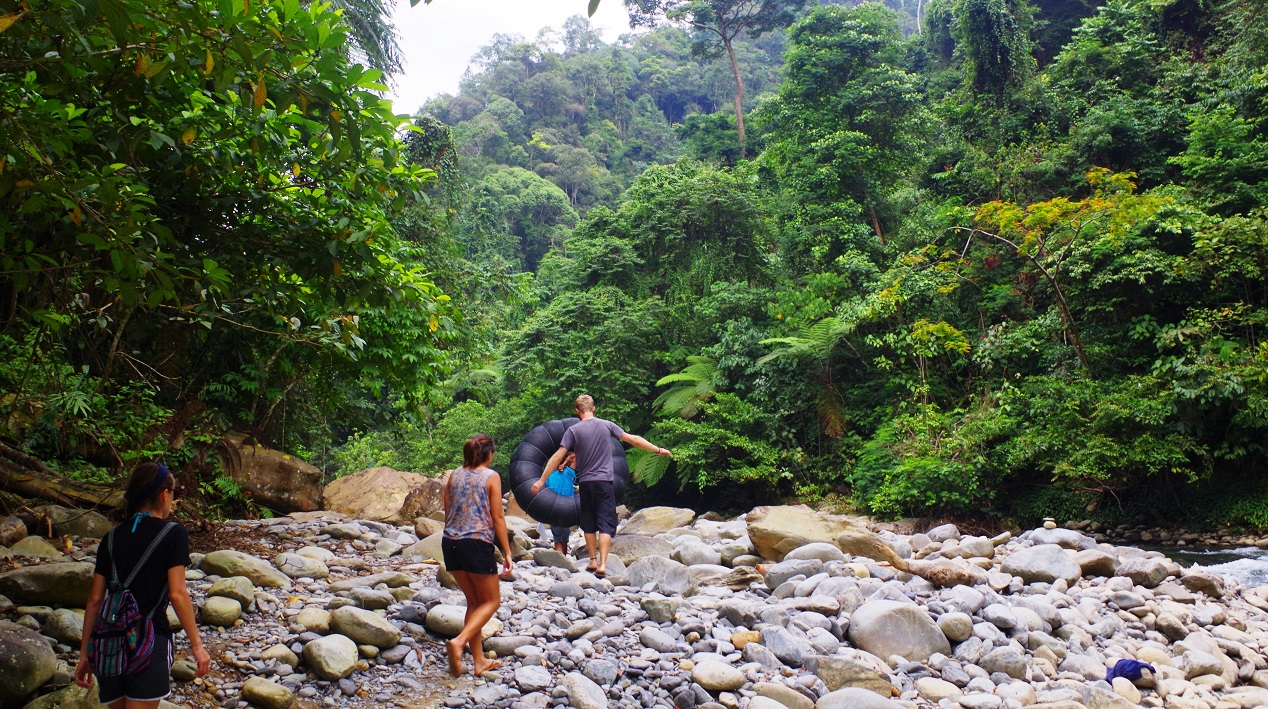 Trekking at Gunung Leuser National Park can also be your ecotourism choice while having holiday in North Sumatra. Tropical rainforests, coastal forests, lowlands and mountains that are still well preserved, make the atmosphere fresh and cool.

Gunung Leuser National Park is the largest national park on the island of Sumatra. Because of its vastness, this national park is located in two provinces, Aceh and North Sumatra. It has also been on the list of UNESCO’s World Heritage Sites. Lush forests on Mount Leuser have become natural laboratories, as well as biosphere reserves to maintain the balance of the world’s ecosystems.

Not only enjoy the nature, tourists will also be presented with the uniqueness of plants that exist in Mount Leuser National Park. There are also animals attractions and cultural arts prepared by local people. Even some accommodations and restaurants here are owned by local residents to take part in the ecotourism concept. 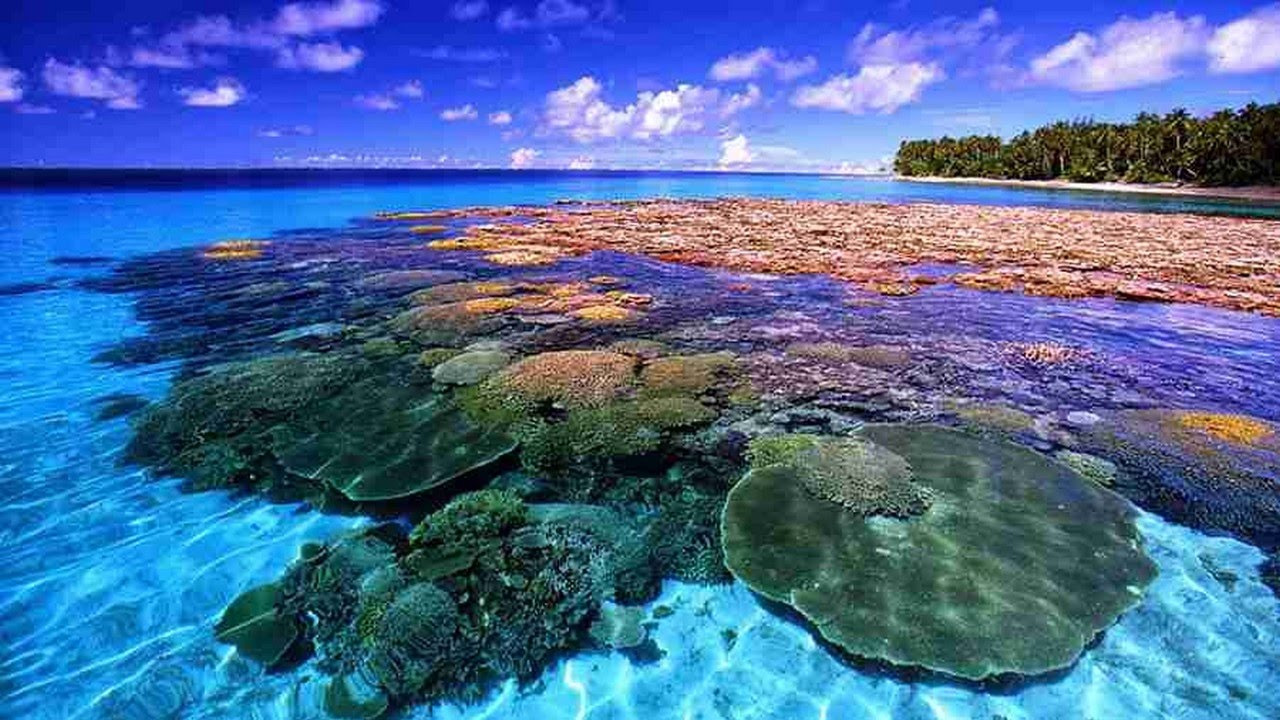 Bunaken is one of the underwater marine tourism destinations that is quite well known, located in the eastern part of Indonesia, with a diverse population of coral and marine biota. It is well known by the international world especially for scuba divers. Bunaken has become a world heritage site after the government registered it to UNESCO in 2005.

Bunaken offers many spots for snorkeling, diving and even surfing. It has other ecotourism activities to enjoy such as exploring mangrove conservation, trekking, spotting endemic wildlife and visiting local villages.

Tangkahan is often referred  as the Hidden Paradise of Sumatra because of its beautiful natural environment to the elephant breeding center. This tourism area is directly adjacent to Gunung Leuser National Park.

In Tangkahan tourists can do various fun and natural activities. One of them is to ride an elephant in a wild forest. While riding the elephant, tourists will be educated about the forest by the handlers. The next activity is to bath the elephant. Tourists can also do rafting on the Alas River as well as visiting the conservation of endangered Sumatran orangutans.

Tangkahan is one of several ecotourism destinations in Indonesia that has been inaugurated by the government. Therefore the management of Tangkahan is held by most of the local residents.