11 Endangered Animals Only Exist in Indonesia

Indonesia is one of the largest countries with a variety of flora and fauna diversity. There are so many flora and fauna which are scattered throughout the Indonesian archipelago.

This is related to Indonesia’s strategic position and consists of hundreds of thousands of islands. Although in fact most of the islands are uninhabited and untouched by the outside world.

However, that is what makes this place special and home to various rare animals. Known as “The Lost World of Asia,” the various islands in Indonesia have rescued many rare animals that you cannot find anywhere else in the world.

These animals have lived in this hidden place for thousands of years. Over the centuries, they have survived various disasters and animal hunters.

For those who like adventure, witnessing these rare exotic animals directly in their natural habitat is of course very interesting. The following are 11 Indonesian endangered animals. 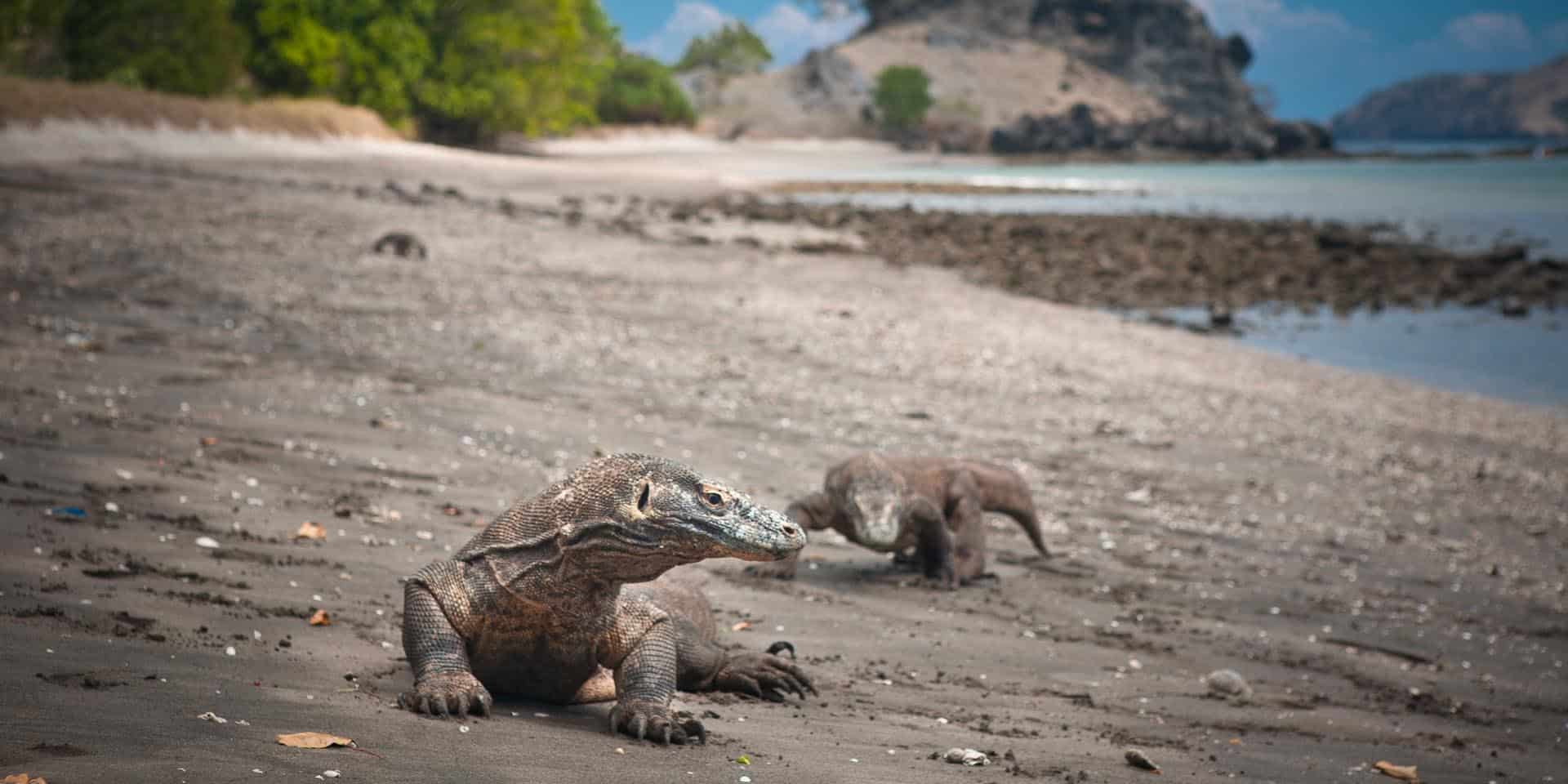 There are many ways that can be carried out to describe this one species. Komodo dragons can be found on the exotic islands of Indonesia, such as Komodo Island, Rinca, Padar and Flores.

Some people observe its large size and conclude that the Komodo dragon is the tallest and largest lizard in the world. Komodo itself has a length of up to three meters.

Others have focused on the evolution experienced by these reptiles. They labeled the Komodo dragon as one of the closest relatives of the dinosaurs and the oldest ancient species alive today. It is very safe to explore Komodo Island and see this largest carnivorous lizard in the world, while enjoying the beautiful scenery on the island. 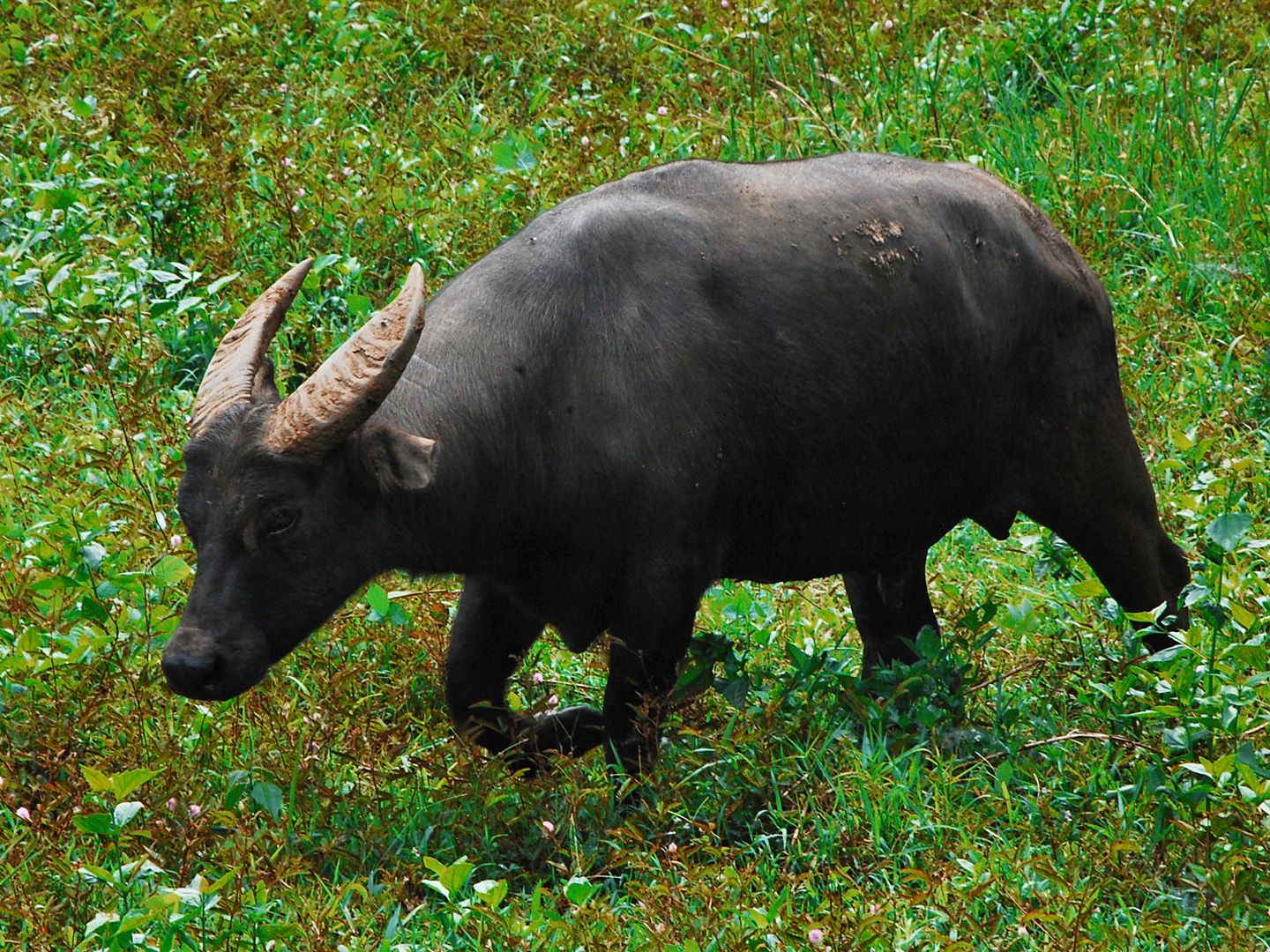 Anoa is an endemic animal of Sulawesi Island which has two kinds of species, which are the lowland anoa and mountain anoa. The threat of extinction occurs because of the habit of local people who hunt it for consumption until its skin and horns are taken. This rare animal lives in the forest, so anoa cannot become livestock even though they have similarities with buffalo.

The Javan rhino or rhino with one horn is another rare animal in Indonesia. Most of these rhinos are found on the island of Java. Its population is shrinking from year to year. Javan rhinos have difficulty reproducing and they only live for 80 years. 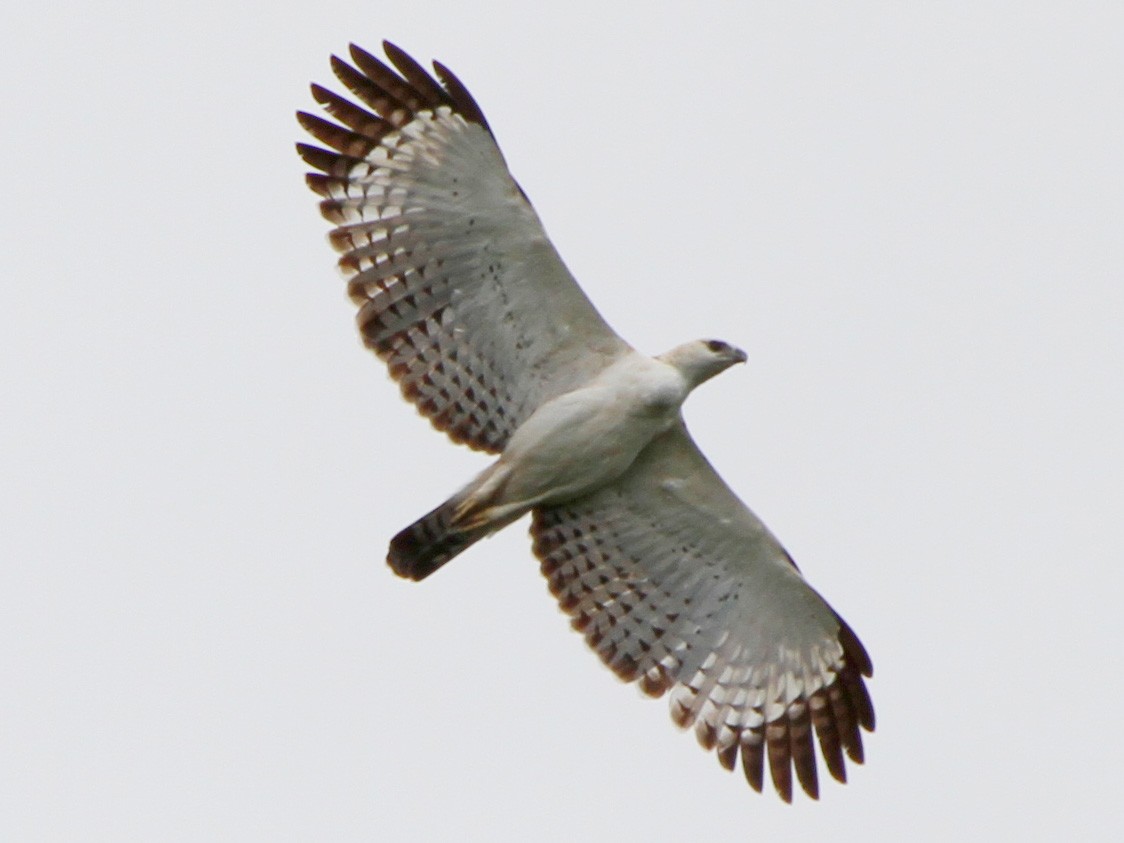 This Flores native eagle is the raptor that currently its existence is very rare because the population is less than 250. This lovely, handsome bird has a medium body size about 55 cm high for adult birds. The head has white hair and sometimes has brown stripes on the crown. Its body is blackish brown, and the chest of this endemic Flores bird is white with a red hue.

The Flores Hawk-Eagle or Spizaetus floris can only be found on the islands of Flores, Sumbawa, Lombok, Satonda, Paloe, Komodo and Rinca. These birds usually inhabit lowland forests and submontana forests up to an altitude of 1600 meters above sea level.

This type of Sumatran tiger is one of the rare animals protected by the Indonesian government. Its existence is now very concerning because there are only around 500 Sumatran tigers left. Careless logging and poaching are blamed for the scarcity of this animal. As the name implies, this animal is only found in Sumatra area. 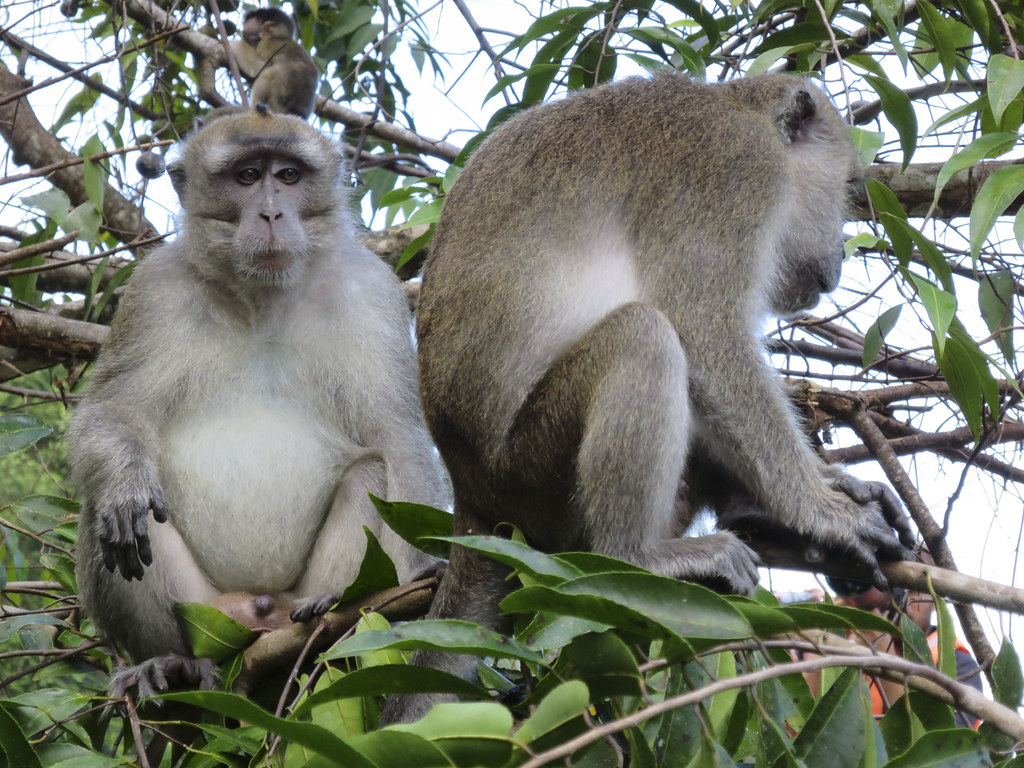 Beruk Mentawai or Macaca pagensis are endemic primates to the Mentawai Islands in Sumatra. The population of this animal, which the locals call “bokoi”, is getting smaller, so that it is categorized as endangered. In the West, this rare monkey that is often the object of scientific research is known as the Pagai Macaque.

This monkey has many physical similarities with other types of monkeys. The difference is the darker colored hair of Beruk Mentawai’s cheeks. This endemic Mentawai animal also has a brown crown with hair on its forehead and a longer coat.

Mentawai beruk inhabit mangrove forest, coastal areas, primary forest, secondary forest to forests near settlements. Its distribution is only on the islands of South Pagai, North Pagai and Sipora in the Mentawai Islands of Sumatra. 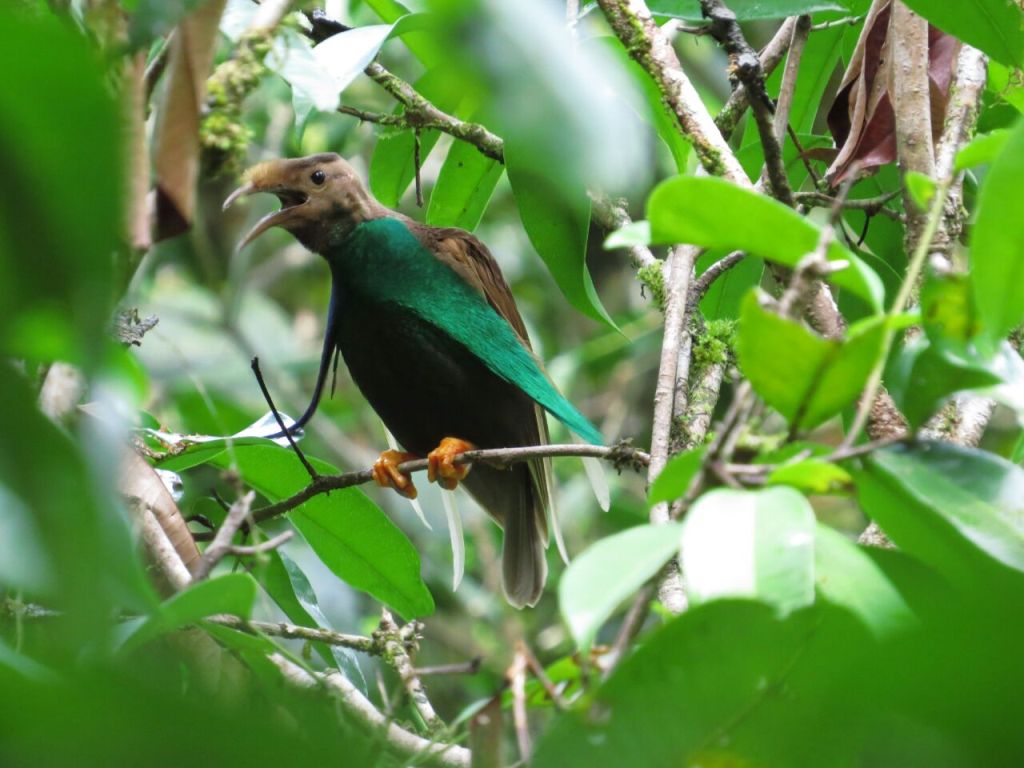 This bird is endemic to Maluku and still belongs to the Cendrawasih family. The bird, whose Latin name is Semioptera wallacii, has beautiful feathers with a combination of brown, green and olive colors for female birds. The plumage of the male bird is even prettier, with a shiny pale purple and emerald green crown adorning his chest.

The female Bidadari bird is smaller and has a longer tail. Apart from their beautiful feathers, the strength of the Bidadari Bird is in its ability to perform graceful dance movements, which are actually performed by male birds to attract females. The female Bidadari will choose the male with the most beautiful dances and wingspan.

This endemic bird of Maluku, which is getting increasingly rare, can be found on Halmahera Island and Bacan Island in North Maluku. Its natural habitat is in the Tanah Putih forest, Mount Gamkonora, and Domato forest in West Halmahera, Labi-labi forest in the Aketajawe National Park area and Lolobata forest in East Halmahera. The Western world knows him as Halmahera’s Bird of Paradise. The Bali starling (Jalak Bali) or Leucopsar rothschildi is an endemic bird to Indonesia which can only be found on the western part of Bali. Unfortunately, this medium-sized warbler is very rare and endangered, even in its natural habitat. If not guarded, it is not impossible that the Bali Starling will become extinct following another endemic animal of Bali, the Bali tiger. In the wild, the population is estimated at only a dozen.

The Bali Starling has clean white feathers all over the body, except for the tip of the tail and black wings. Its hairless cheeks were bright blue, with gray feet. 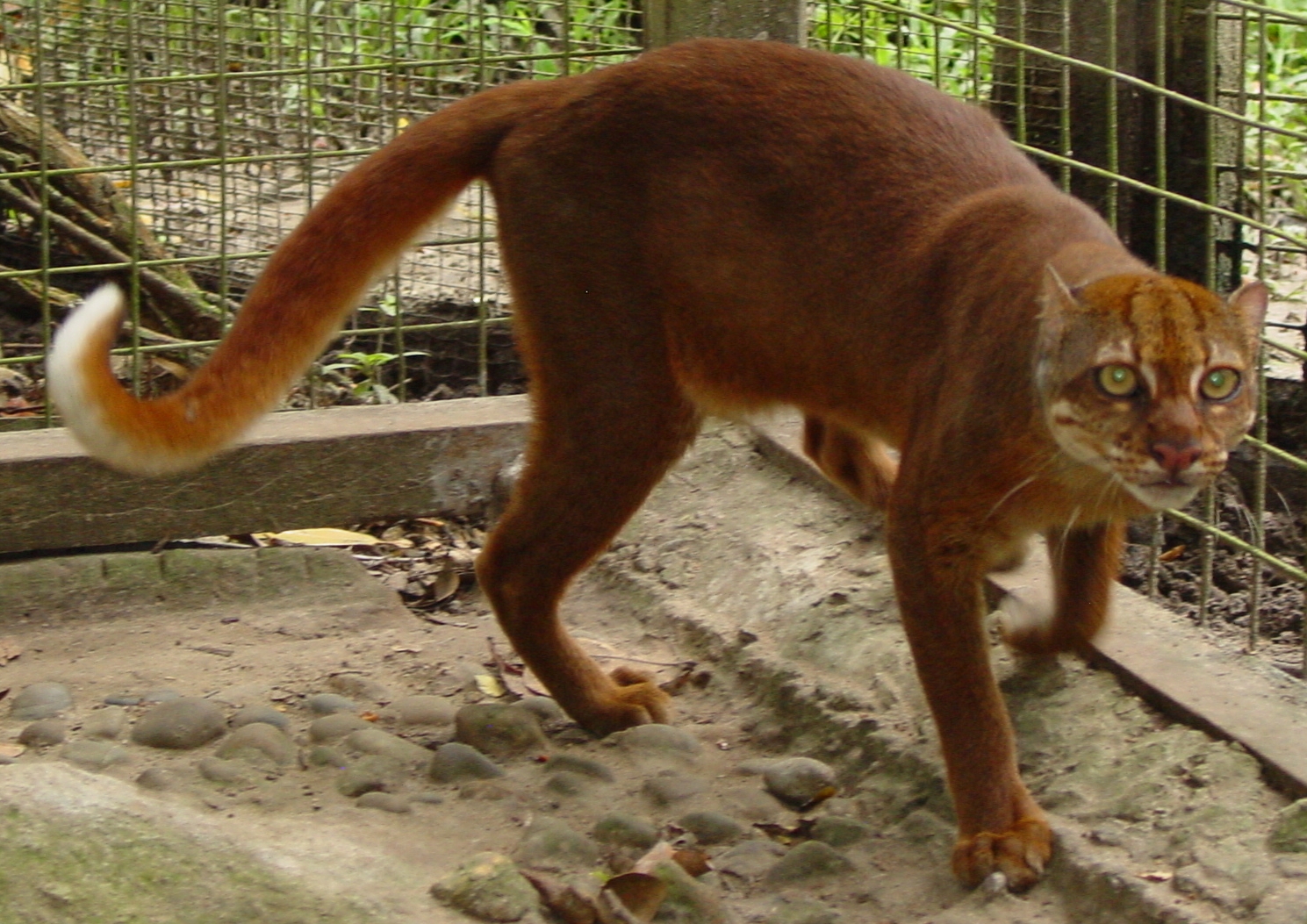 The Red Cat (Pardofelis badia) or also known as the Borneo Bay Cat is another endemic animal to the island of Borneo. This rare cat has reddish brown fur, with a stomach that is paler than its back. The distinctive feature of this Borneo cat is a brownish red line that is slightly light on the forehead and cheeks. The ears are black or dark brown, while the tail is decorated with a white stripe with black spots on the tips. Red Cat’s body is quite slender with a length of 55 cm and a tail of 35 cm. They weigh from 2.3 to 4.5 kilograms.

The Red Cat population is only found on the island of Borneo. This cat inhabits dense lowland tropical forests up to an altitude of 900 meters above sea level. 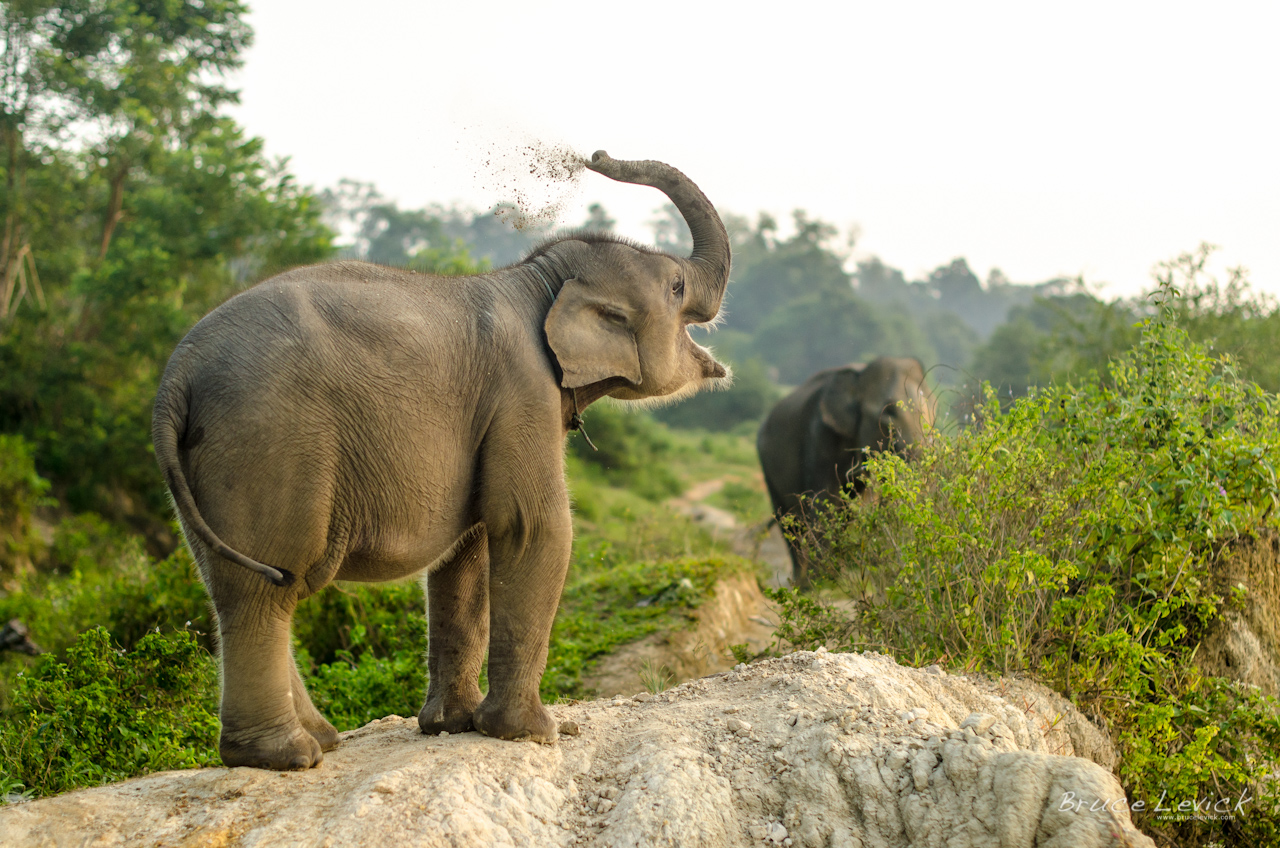 The remaining habitat of the Sumatran elephant (elephant maximus sumatranus) in the Bengkulu Province is threatened with extinction. This is thought to be due to the shrinkage of forest areas due to various interests, so that the living space for animals is getting smaller which has an impact on population decline.

Especially in the Seblat Landscape area, precisely on the border of North Bengkulu Regency and Mukomuko Regency, which are the last “home” of Sumatran elephant habitat.

The Sumatran Elephant has a body height of about 1.7 meters to 2.6 meters. Currently the population is decreasing along with the high rate of forest loss in Sumatra. In Bukit Barisan Selatan National Park (TNBBS), the population of Sumatran elephants is around 2,000. 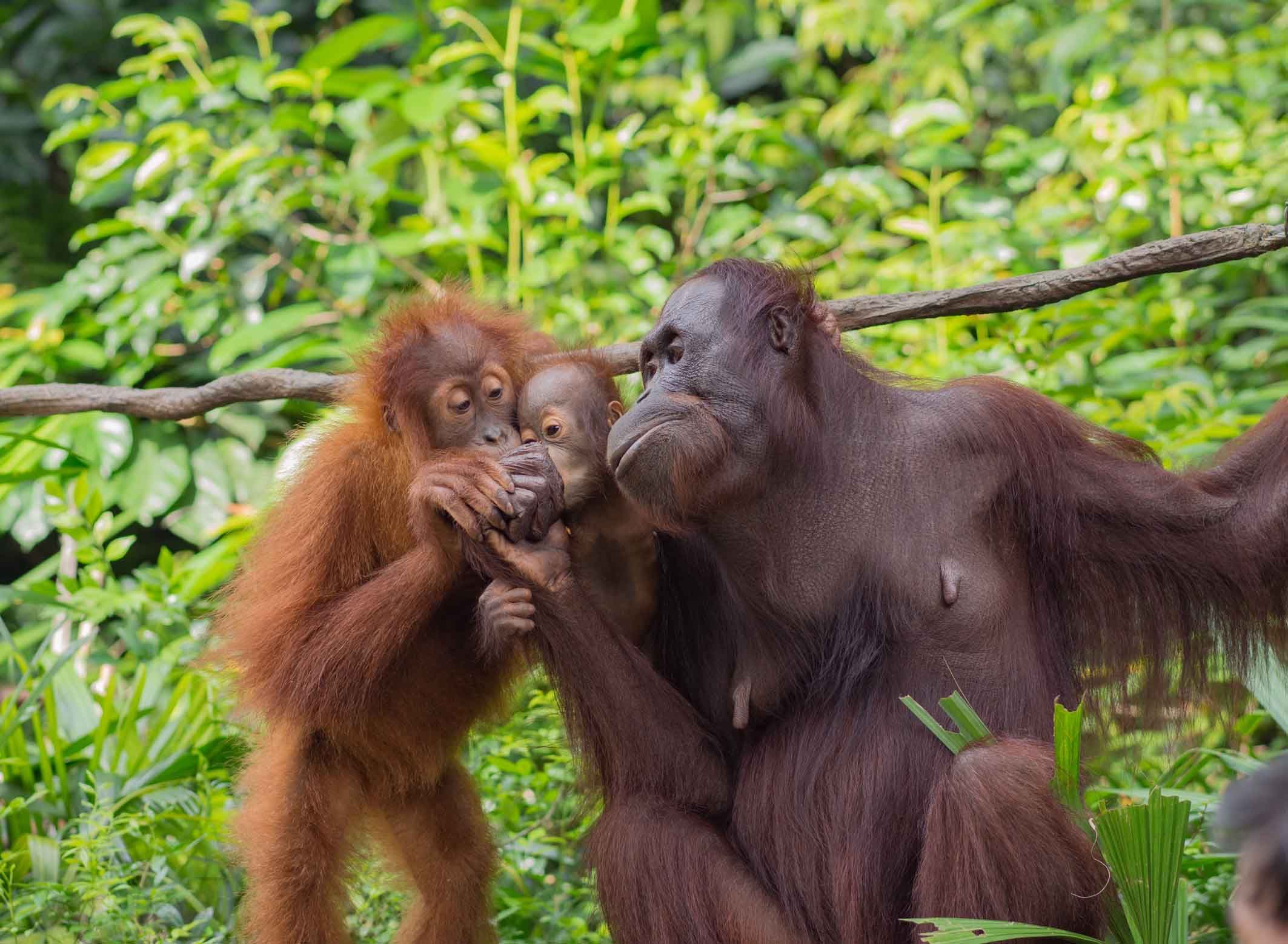 Orangutans are the only great apes in Asia and can only be found on the islands of Borneo and Sumatra. Other great apes namely gorillas, chimpanzees and bonobos live in Africa.

The Sumatran orangutan is in the critically endangered category because there are only 7,500 individuals living in the wild. Meanwhile, the Bornean orangutan is in the endangered category and there are only 57,000 individuals left. Some of the causes are the practice of hunting and illegal logging, the conversion of forests to oil palm plantations, climate change and forest fires.