Where to See Birds in Indonesia

To see birds in Indonesia can be an unforgettable experience while you are on vacation. Visiting national park to see wild birds and other rare animals is a good choice. Indonesia earned a nickname as the “Equator Emerald” which is very famous for having a lot of natural charm, flora and fauna as well. It has been noted that Indonesia has more than 400 endemic bird species out of a total of 1,666 bird species in Indonesia. The species is also highly protected in some of the national parks scattered all around Indonesia territory.

Indonesia has hundreds of endemic species of animals and plants that cannot be found anywhere else. One of them is to see those beautiful birds in the wild.

There are so many foreign tourists and scientists from various countries who come to see and study the charm of native Indonesian birds. But it is unfortunate because the existence of these beautiful birds is now close to extinction due to wild hunting activities. The Indonesian government continues to protect endangered birds by enforcing strict regulations for poachers.

Some of those beautiful native Indonesian bird species are the Jalak Bali, Gelatik Jawa and Cendrawasih.

The national park is an area where various extinct flora and fauna live. For that reason the Indonesian government has taken serious steps to maintain the survival of them as well as to preserve them. Some national parks also allow tourists to enter and see the wild birds and various other flora and fauna. The following is a list of national parks where you can see birds in Indonesia. 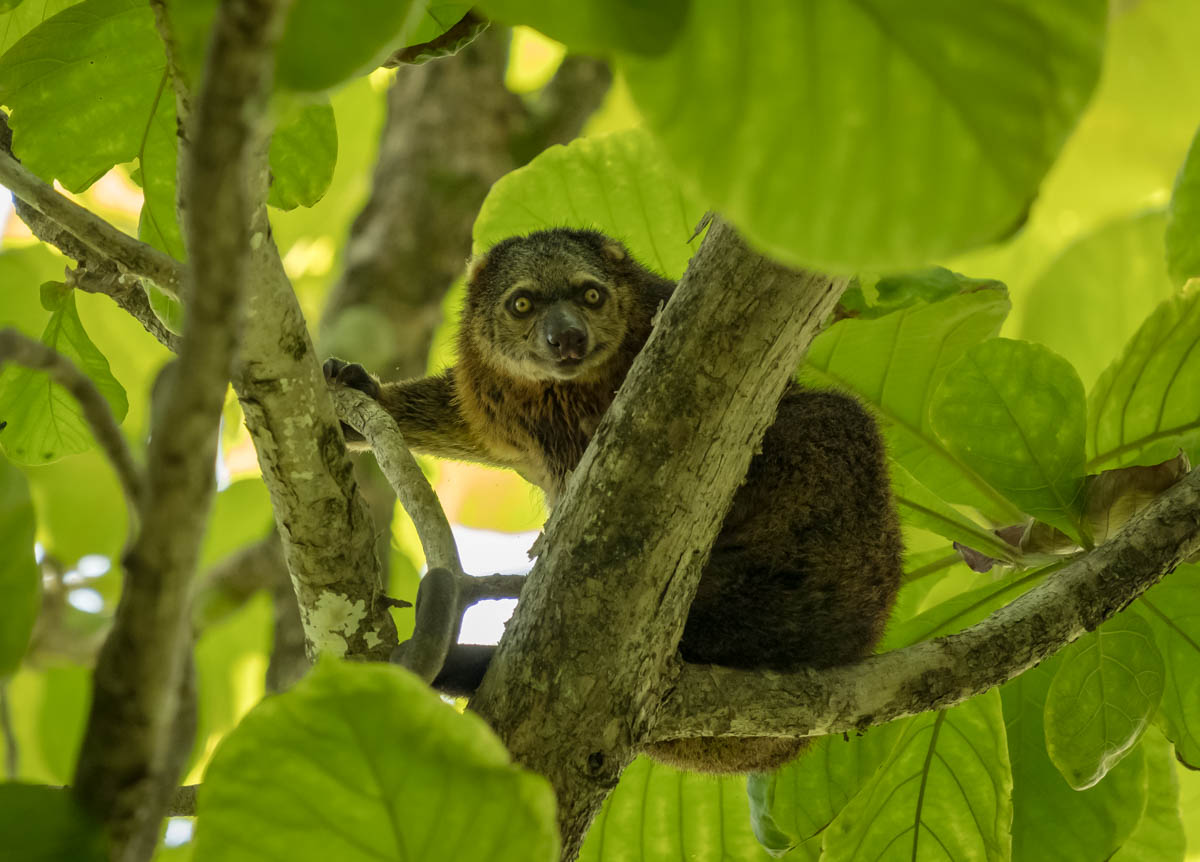 Tangkoko National Park is a natural reserve located in the City of Bitun, North Sulawesi, which is about 60 km from Manado. This national park is managed by the West Sulawesi Natural Resources Conservation Center. This park is a place to live as well as a shelter for various rare animals including endemic wild birds.

In 1980 there were 140 species of Sulawesi endemic bird species such as Hornbills and Maleo. Various other rare animals include the Black Monkey, Tarsier, Sulawesi Weasel and many more. With a covered area of 8,745 hectares, Tangkoko National Park also provides beautiful views of hills and valleys.

West Bali National Park is the only place to see Bali starling birds that are almost extinct. The location is in the western part of the island of Bali. This park has an area of about 19 hectares and is known as a nature conservation area that has a zoning system and has two marine and terrestrial ecosystems.

This park also presents a very interesting view starting from the very clear sea water, stretch of beach, dense forest and green mountains as well. The highest point of this park is in the Mount Patas. 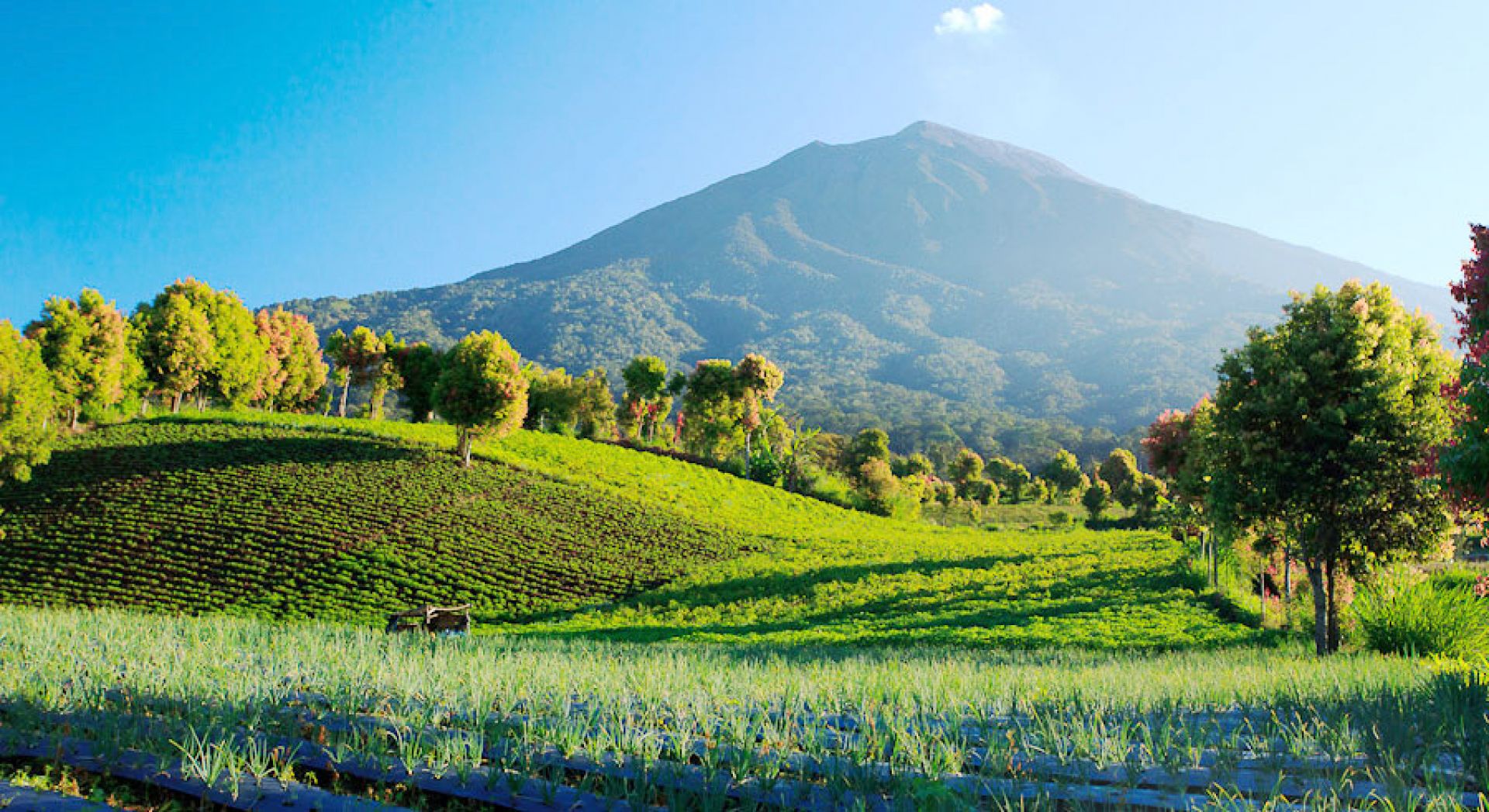 Kerinci Seblat National Park is the largest national park on the island of Sumatra which is located and spreaded across four provinces which are West Sumatra, Bengkulu, Jambi and South Sumatra. It is Indonesian national park where you can see 370 wild birds which 16 of them are endemic. Including one of them is the Tokhtor Sumatra, one of the rarest birds in Indonesia.

This 13-square-kilometer national park is also home to the Sumatran Tiger, Raflesia Flowers and Sumatran Rhinos as well. Even the Kerinci Seblat National Park has also been named as one of the world heritage sites from Indonesia by UNESCO. 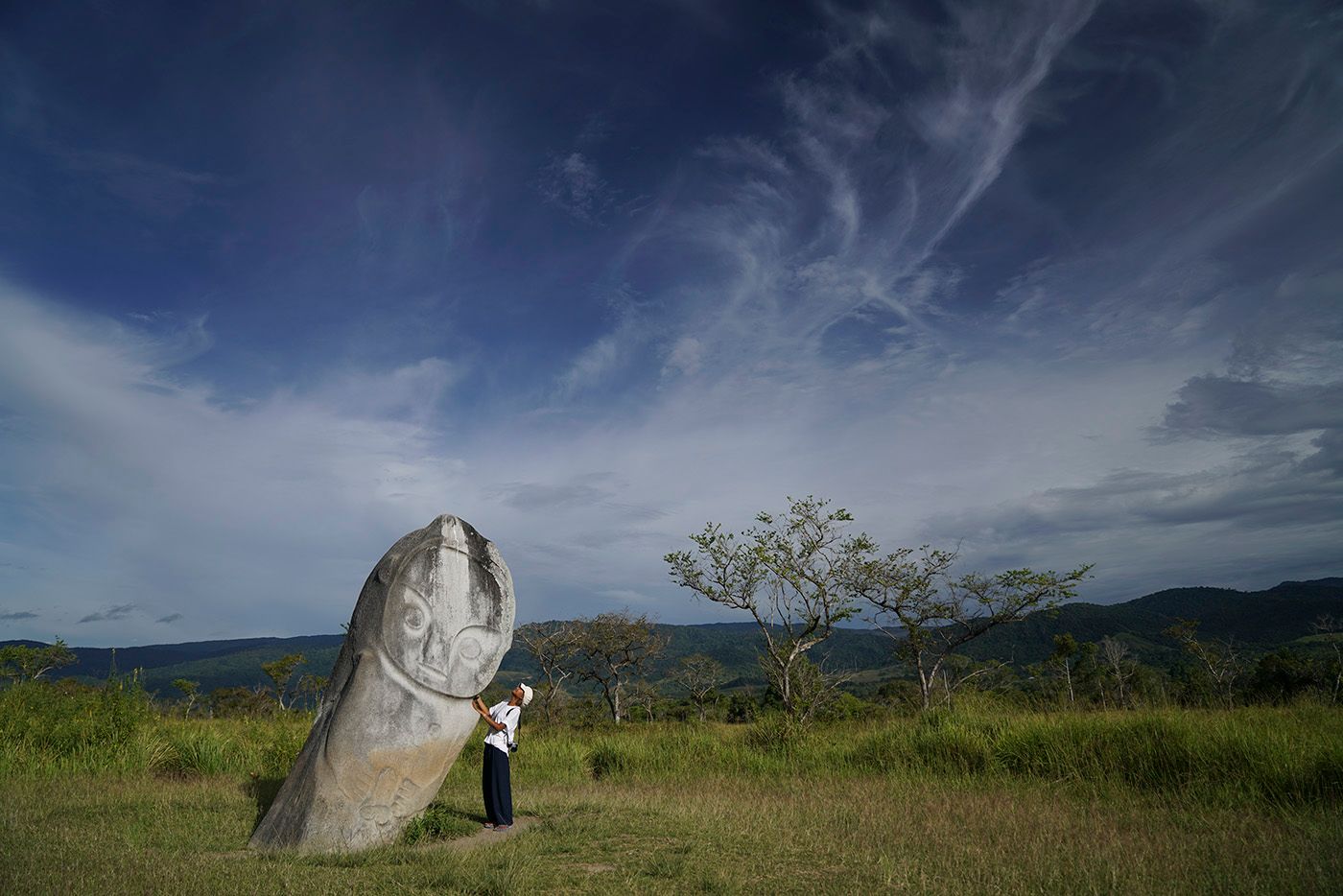 Lore Lindu National Park is located in Central Sulawesi about 60 km from Palu City. This park has an area of 128 hectares which covers mostly mountainous and lowland forest. Lore Lindu has a variety of endemic flora and fauna of Sulawesi and also beautiful natural scenery because it is located right on the Wallace line which is the transition zone of the Asian Zone with Australia.

The National Park is also home for the largest mammal habitat on the island of Sulawesi. Inside there are 230 species of birds consisting of Maelo, Julang, Kangkareng and Hornbill. 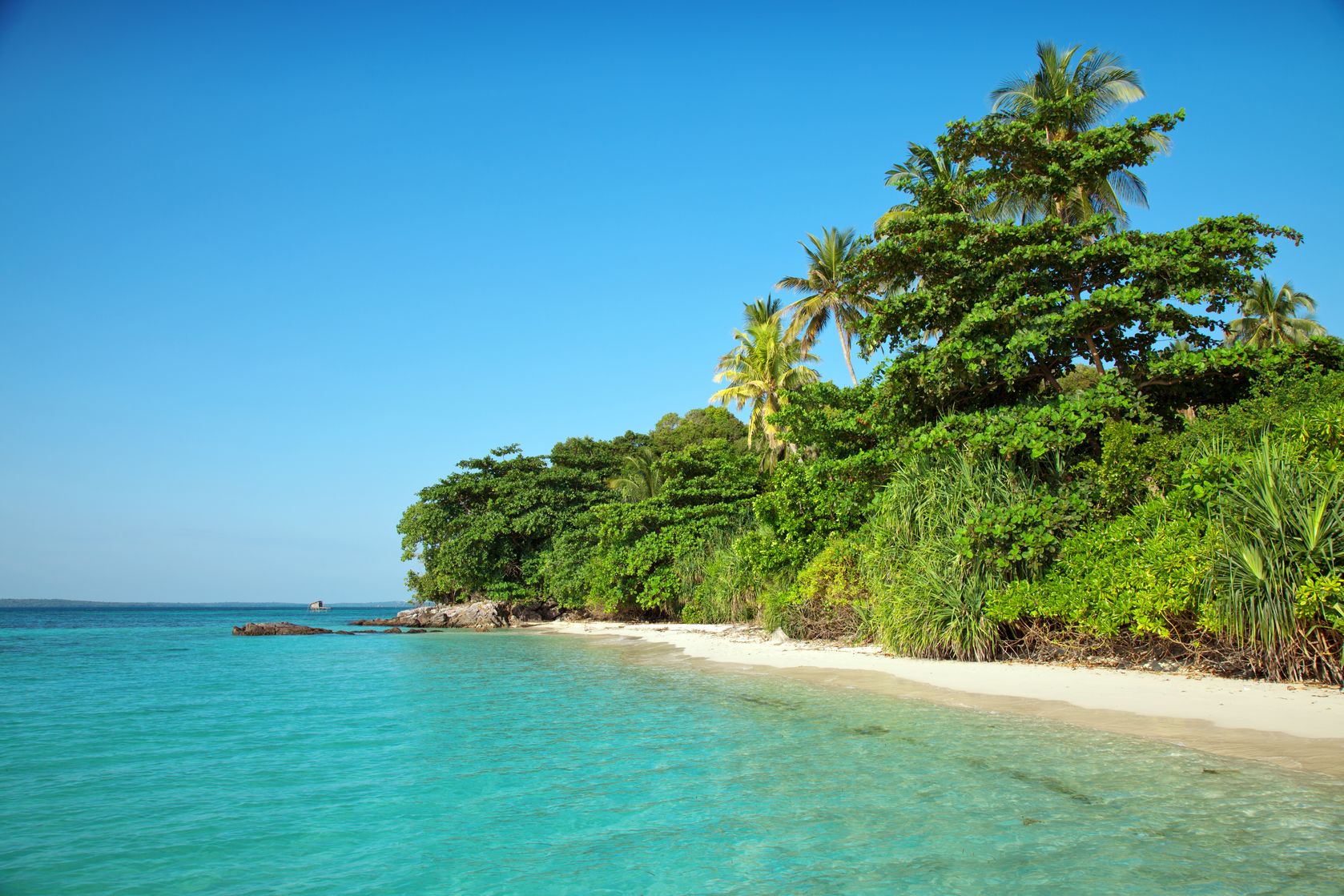 Karimunjawa is an island in Central Java Province. Karimunjawa, also known as the Caribbean of Java, has a very exotic sea and coast. In fact, this island also has many endemic and rare bird species.

To see birds, you have to go through a special tower in the mangrove forest. You can see the Cekakak birds, White Belly Eagle, Olive Backed Sunbird, Linci Swallow and many others. 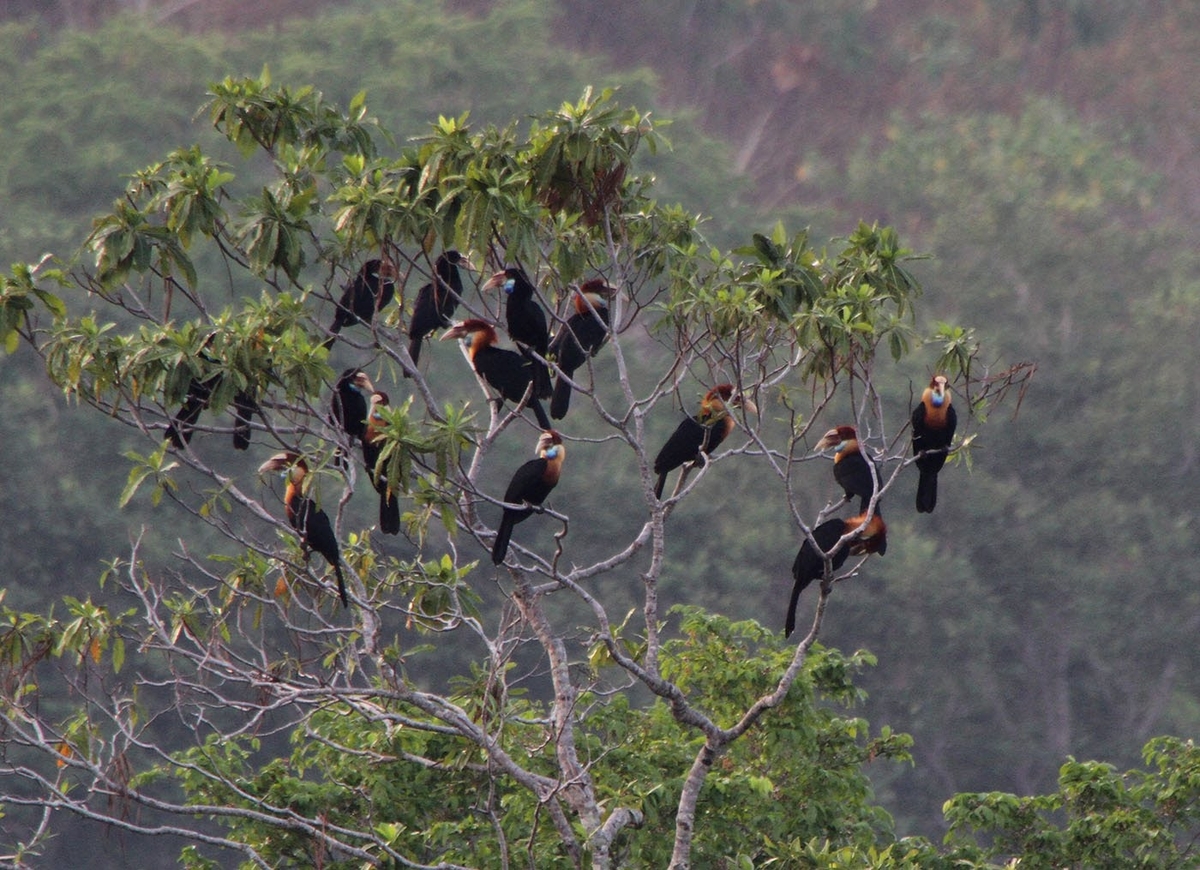 Matalawa National Park is situated on Sumba Island, East Nusa Tenggara. This park is a shelter for mammals, butterflies, amphibians, reptiles and there are around 215 species of birds recorded.

From that number of birds there are nine species which are listed in the Sumba endemic birds such as the Sumba Hornbills, Cacatua Sulphurea Citrinocristata, Turnix everetti, Sumba green-pigeon, Apricot-breasted sunbird and others. 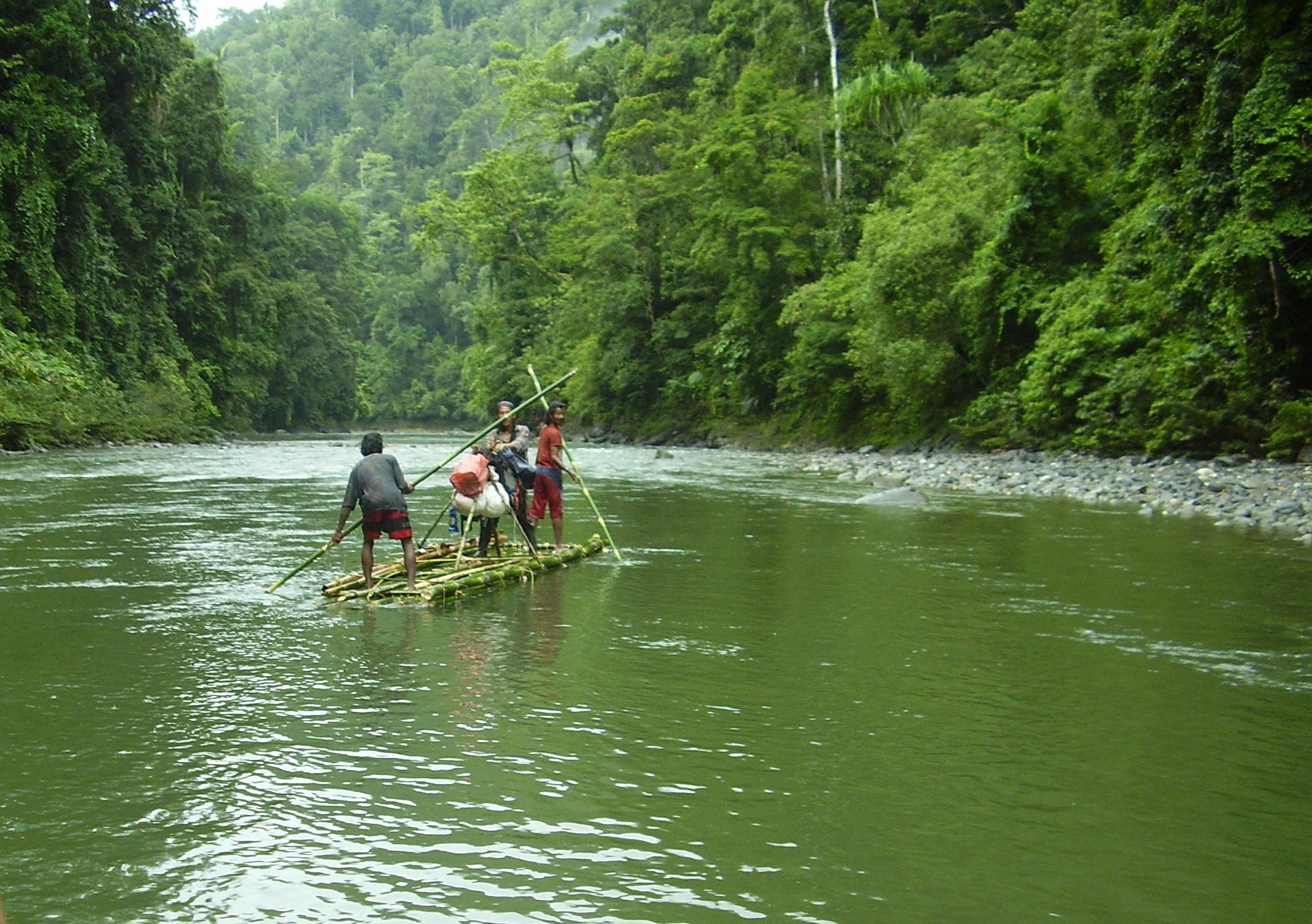 Aketajawe Lolobata National Park is located in Halmahera, North Maluku. This park is home to 106 species of birds with 25 of them are endemic birds. One of the rare endemic birds that has become the icon there is the Semioptera wallacii. The birds are still part of bird family Paradisaeidae – a bird species that inhabit the Eastern part of Indonesia, especially Papua, but smaller in size.

Other interesting species of birds you can find here is the Cacatua alba, Lorius garrulus, Megapodius freycinet, Paradisaea apoda and so forth.

Aketajawe Lolobata National Park is also a shelter for the rarest and endangered birds such as the Invisible rail, Sombre kingfisher, Cacatua alba, Lorius garrulus and Cikukua hitam (P. fuscicapillus).