Rammang-rammang is a name of tourist attraction that offering a panoramic view of karst (limestone) hills located in Maros-Pangkep, Salenrang Village, South Sulawesi Province, or about 40 km north of Makassar City. In Rammang Rammang Village, tourists can see karst mountains towering and overgrown with dense vegetation in the surrounding area.

Rammang-rammang is listed as the third largest karst mountains in the world after Tsingy in Madagascar and Shilin in China. The width is about 45,000 hectares. UNESCO has also included the Rammang Rammang karst mountains as one of Indonesia World Heritage Sites.

The name of Rammang-rammang is from the Makassar language and are interpreted as clouds or fog. It can be seen from the condition of the Rammang-Rammang area which is always foggy, especially in the morning or when it rains. 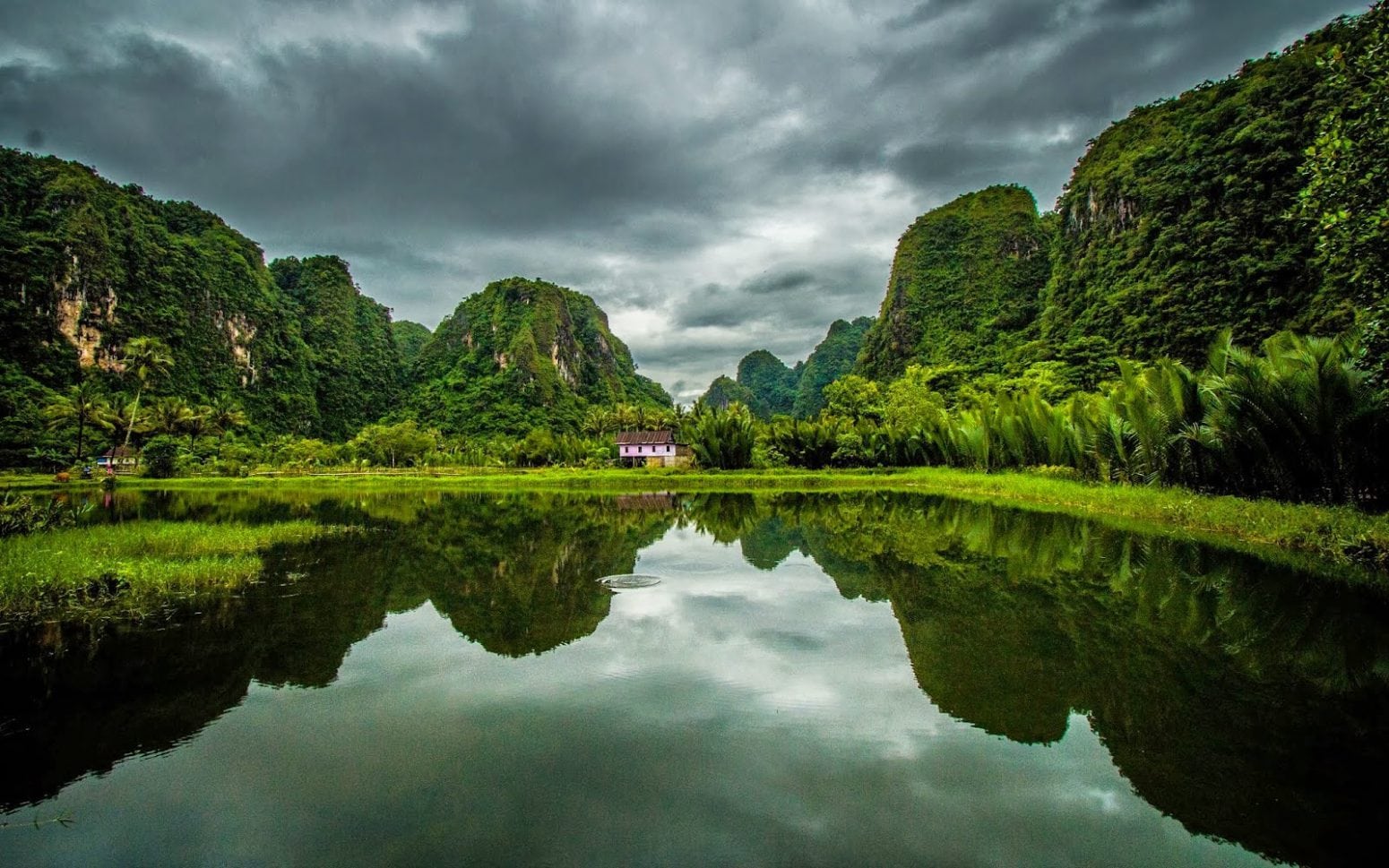 The limestone mountains (karst) which are the main attractions of this place are formed due to the process of dissolving an area of carbonate rock (easily dissolved rocks), resulting in a unique shape of the earth’s surface with the characteristics exokarst (above the surface) and indokarst (below the surface).

Rammang-Rammang is known to have formed a long time ago, which is about 30 million years ago. But for this area, it is estimated that first humans settled in this place are around 40 years ago. Human footprints in the past can still be seen by visitors through handwriting or symbols scattered on some of the mountain walls.

Not only limestone mountains (karst), Rammang-rammang also presents many other tourist attractions that are quite interesting such as the Telaga Bidadari (Angel Lake), Limestone Forest Park, Palm Cave, Bulu Barakka Cave, Pute River and Berua Village. 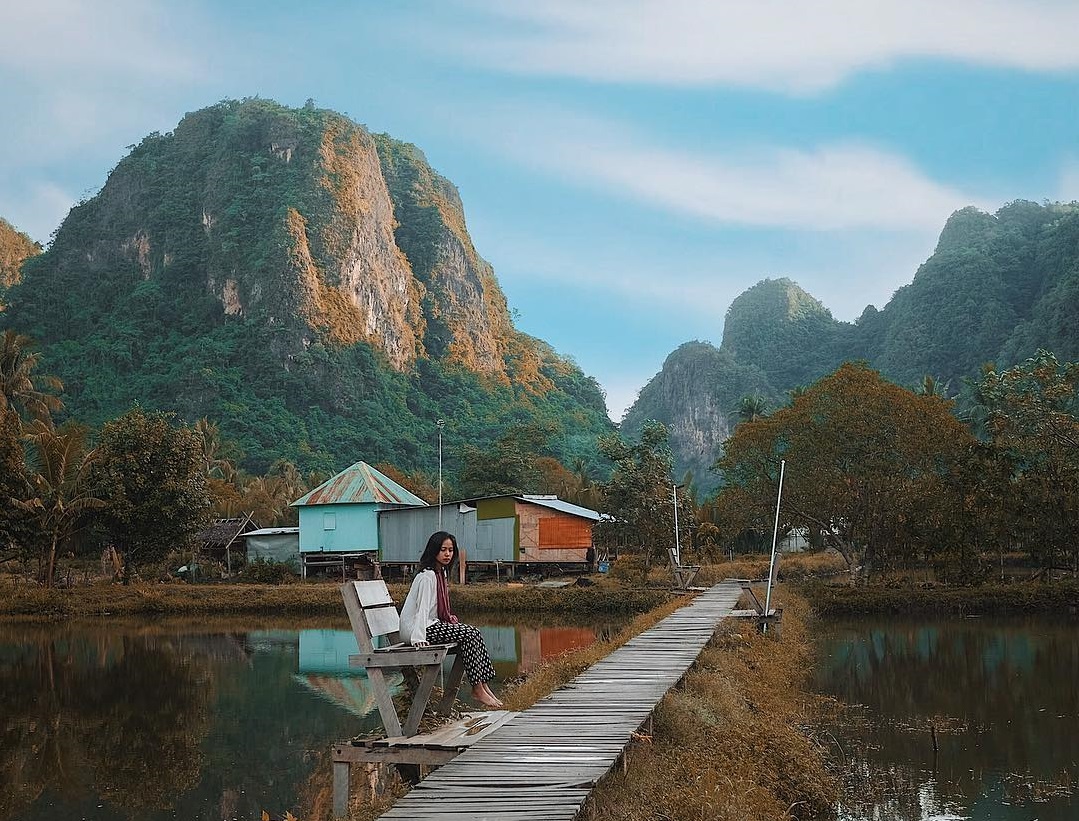 The impression that arises among ordinary people is that the karst area is arid and barren and unattractive as well. But in fact, the reality of the beauty of the Rammang-rammang can be equated with Ha Long Bay in Vietnam and Guilin in China.

To reach Rammang-rammang Village, tourists must travel for two hours using motor vehicle from the center of Makassar City. Then, when arrived at Rammang-rammang, visitors can rent a boat and explore the beauty of Rammang-rammang area via Pute River. Through this river too, tourists can visit the two existing tourist attraction in Limestone Forest Parks area, which are the Telaga Bidadari (Angel Lake), Bulu Barakka Cave, Palm Cave, Pasaung Cave and Berua Village.

Another choice to enjoy Rammang-rammang is by boat to Kampung Berua. For boat rental prices are different and depend on the load. Boat rental prices range from IDR300.000 to IDR500.000. Later, after arriving in Kampung Berua, you can do tracking around the limestone mountains. We recommend using shoes or mountain sandals to make trekking more comfortable. The condition of the paths between wet and slippery fields is indeed an obstacle.