Dayak is the name of Borneo native which currently still lives in the remote part of Borneo. The indigenous Dayak Tribe has maritime culture because their names have lot of meanings and are related to rivers (because of many rivers found in Kalimantan remote area).

The meaning of the word ‘dayak’ itself is debatable. ‘Dayak’ means human, while many others say that Dayak means inland. The Iban people use the term Dayak as human, while the Tunjung and Benuaq people interpret it as the river upstream. 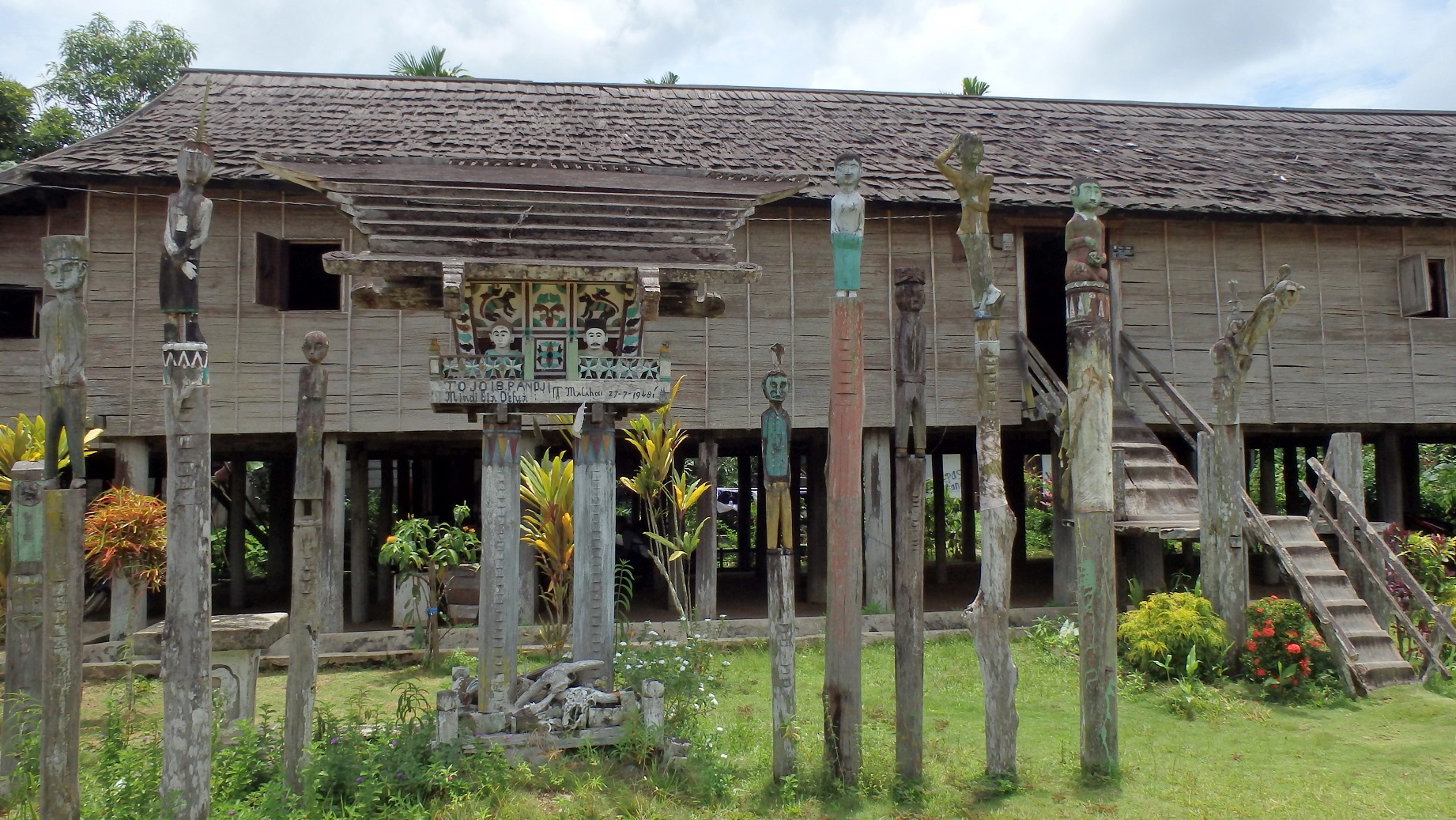 The most Dayak Tribes are Dayak Kenyah who use accessories as their body jewelry. Dayak Tribes generally have beads made of natural stones.

Previously, these stones were formed by hand without a machine, so that the color is dull when compared to modern beads made in factories. There are also differences in weight on the stones and beads. If you want to prove that the beads are genuine from the Dayak Tribe or not, then you must do a test by burning them.

Generally, Dayak people especially the men are not familiar with other stone accessories other than beaded jewelry. Accessories that are generally used are those that come from their hunting animals, such as canine and bear teeth and also pig fangs. If in Papua the pig fangs are made into jewels which are stuck in the nose while for the Dayak, the pig fangs become their fruit necklaces. 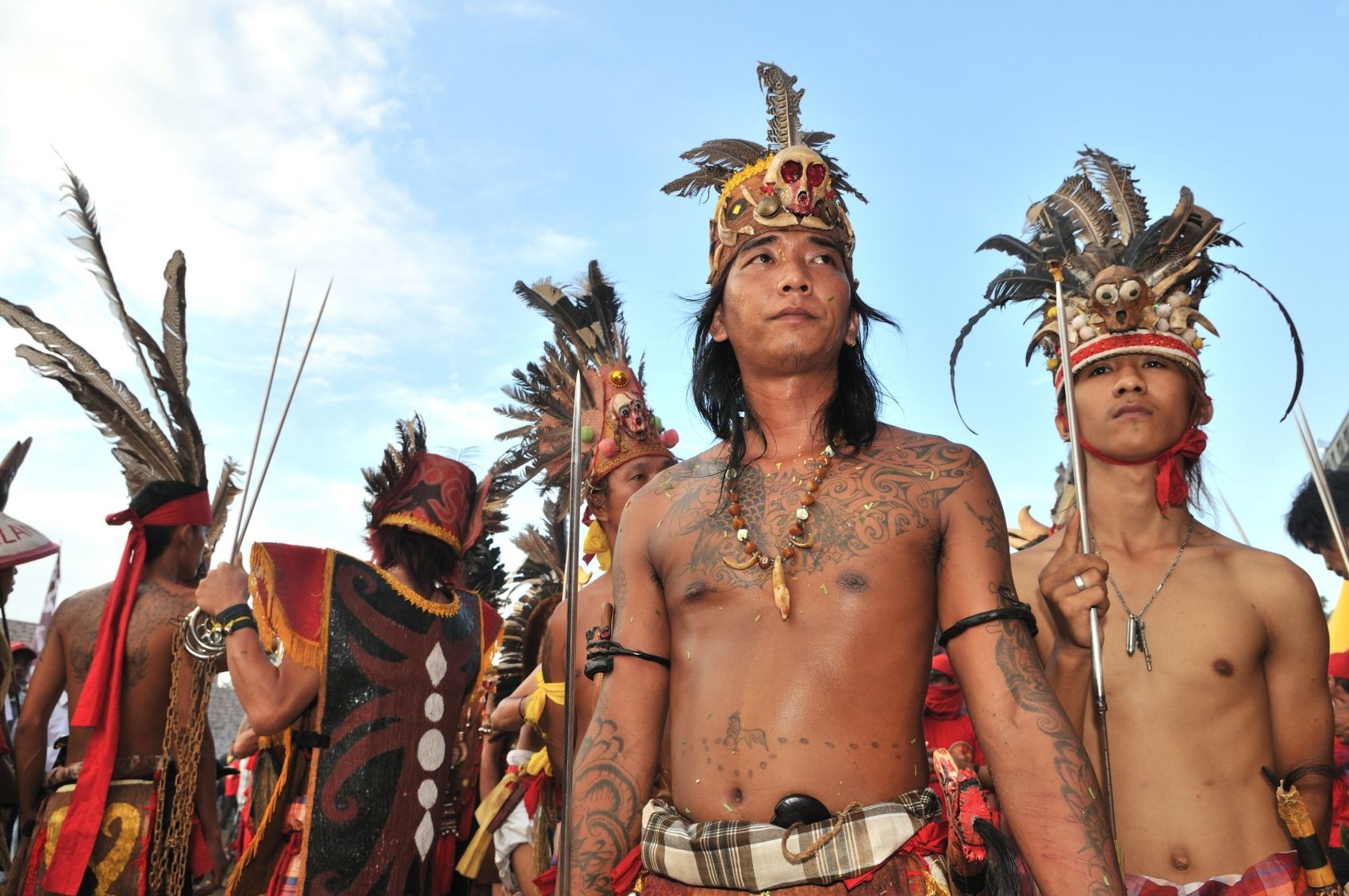 Another unique characteristic of Dayak tribe is the tattoo, where tattoos for them have a very deep meaning. Tattoos for the Dayak are part of tradition, religion, social status of a person in the community and can also be tribal appreciation for one’s abilities. Therefore, tattoos can not be made haphazardly.

Both tattoos on men or women, traditionally made using long orange fruit spines. They can do tattoos using one spines or use several needles at once. Meanwhile the material for tattooing use soot from a black pot. There are some of Dayak customs that are still preserved. This custom is one of Indonesian culture which are:

The Tiwah ceremony is one of Dayak traditions. Tiwah is a ceremony that has the purpose to deliver the bones of died people to Sandung. Sandung itself is a kind of small house that is made especially for those who have passed away. The Tiwah Ceremony for the Borneo Dayak Tribe is very sacred. Before the bones of dead people are delivered and placed into Sandung, there are many ritual events such as dances, the sound of traditional instruments and many more.

One characteristic of Borneo Dayak Tribe is their relationship with their supernatural world. Because of their ritual activities related to supernatural world foreign people called them cannibal. One of their traditions is Manajah Antang. It is the Dayak tribe way to get clues of their enemy using spirits of the ancestors with the Antang bird.

Red Bowl is a ceremony for merging the Dayak Tribe. A red bowl exists if the Dayaks feel threatened by danger. Their leader, called Pangkalima or Panglima, will give alert for dangerous situation or war by spread the red bowl from one Dayak village into another villages.

Red bowl made of bamboo terrace. The Red Bowl must be included with acoruscalamus which symbolizes courage, red chicken feathers for flying, bamboo torch lamps, sago palm leaves (metroxylon sagus) for shelter and a knot rope made from crab skin as a symbol of unity. This equipment is placed in a bowl of bamboo and wrapped in red cloth. 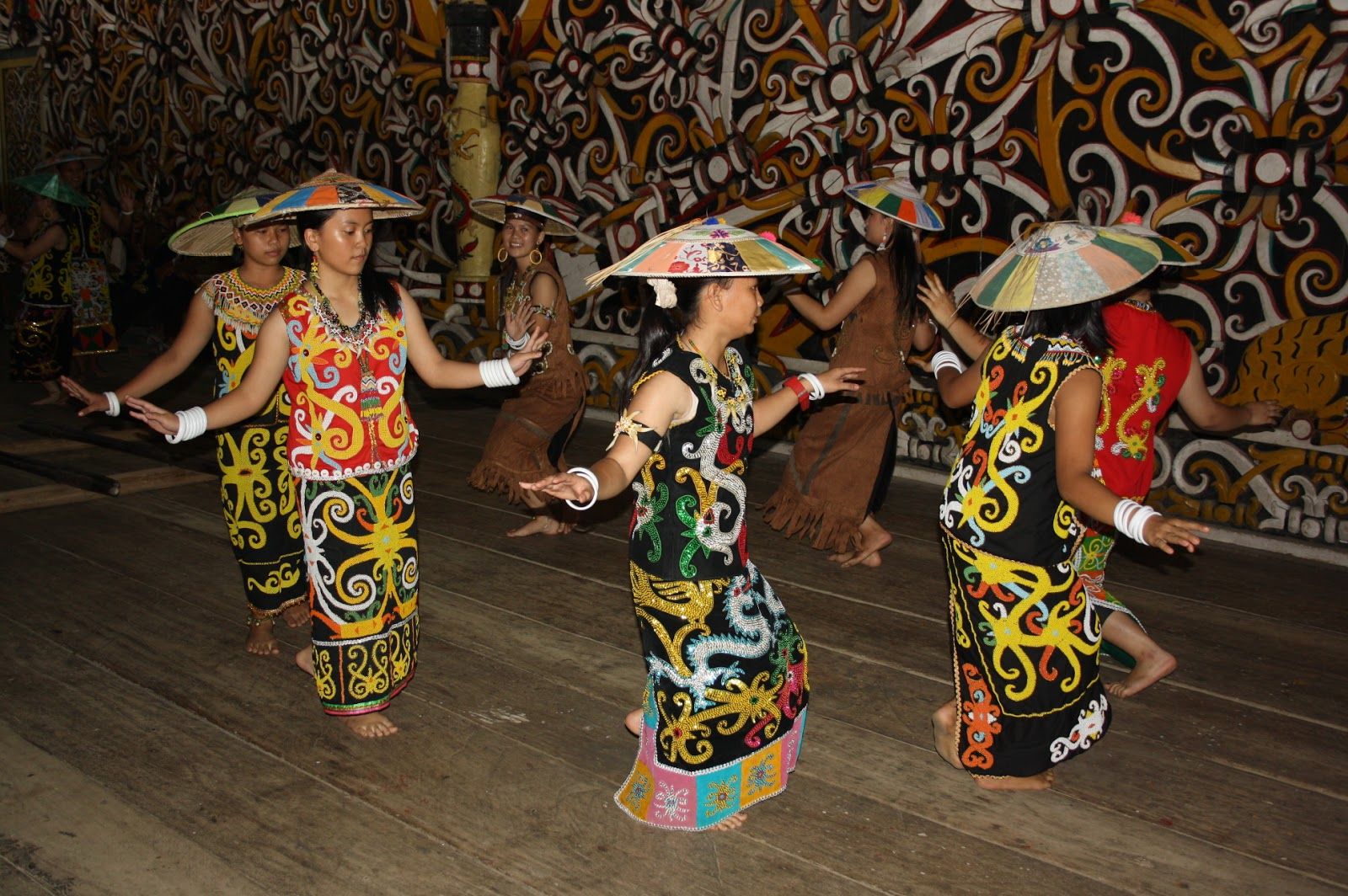 To meet the Borneo Dayak Tribe, you can easily find them in Pampang Cultural Village in Samarinda and during the Capgomeh Cultural Festival in Singkawang. If you want to see directly the life of Dayak Tribe it can take a 2-3 day trip down the river in Kalimantan. Nowadays there are many Dayak tribes who blend in with the modern community.