Everyone on earth love music. It is a great entertainment to fit the mood and to lift up your spirits. Although the development of musical instruments is more advanced nowadays, traditional musical instruments are not vanished and still much-loved. Apart from its uniqueness, it is also because of its distinctive voice. 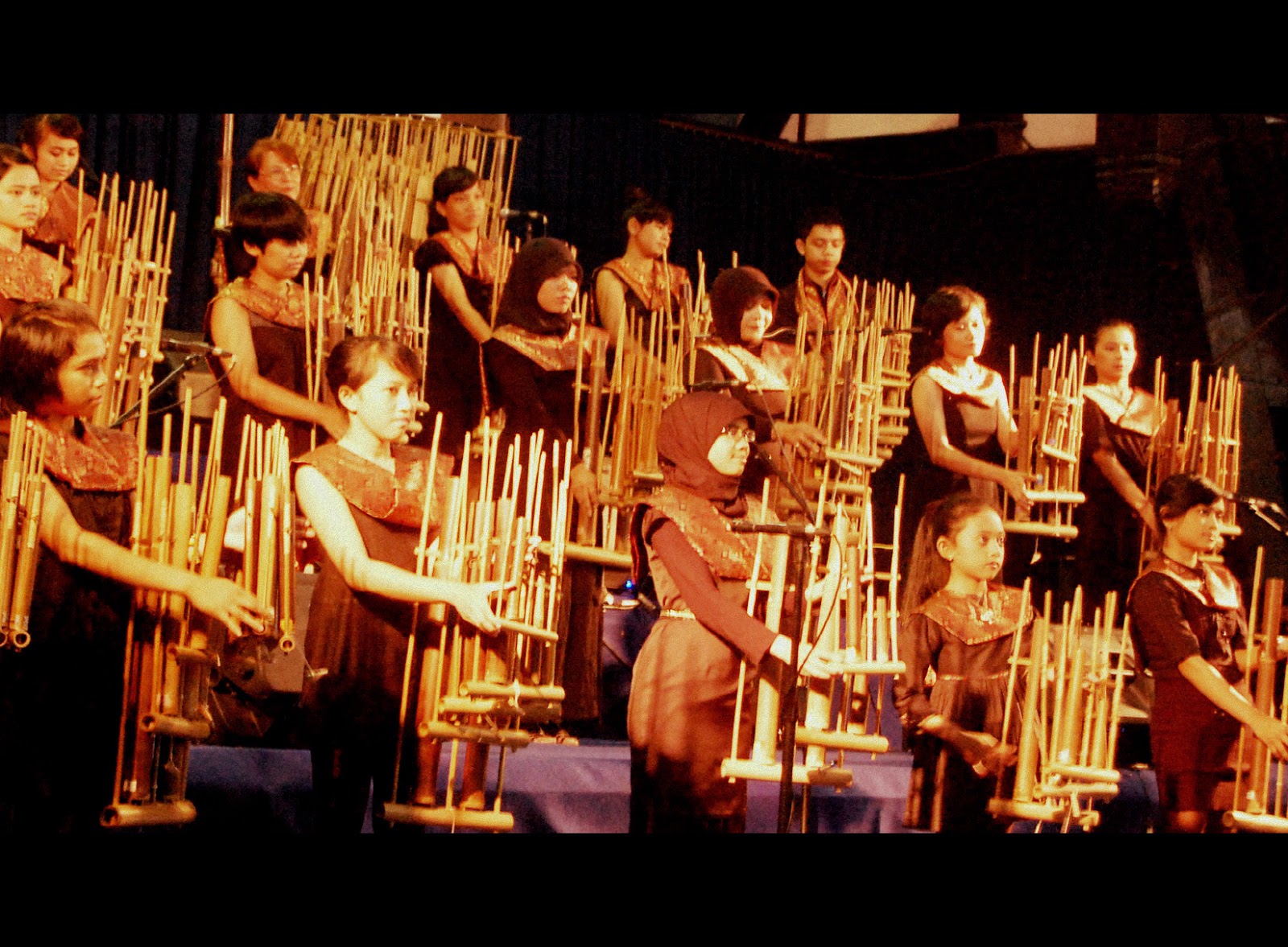 Angklung is a traditional musical instrument originated from West Java. It is made of bamboo slats arranged accordingly, so that when vibrated or shaken it produces a sound that is so melodious and distinctive. Angklung must be played by many people to be able to produce a beautiful tone, because one angklung represents one musical scale.

Not only appreciated by Indonesian citizens, angklung has made many foreign tourists fall in love because of the uniqueness and the beauty of its voice. Many of them come to Indonesia and tried to learn traditional angklung instrument. No wonder that UNESCO then recognizes angklung as a World Cultural Heritage in the Representative List of the Intangible Cultural Heritage of Humanity.

In 2011, angklung musical instrument once again scored an international achievement. The Guinness Book of World Records has set a world record for the harmony of angklung instruments. This achievement involved approximately five thousand participants from various nations in the world who played angklung together in Washington, United States. At that time they performed the song “We Are The World” by Michael Jackson.

Gamelan is a combination of musical instruments that features the xylophone, metallophones, drums and gongs. The musical rhythm of the gamelan is soft and distinctive. Similar to angklung instrument, gamelan must also be played together in a musical composition. Togetherness in playing the gamelan reflects harmony and collaboration. 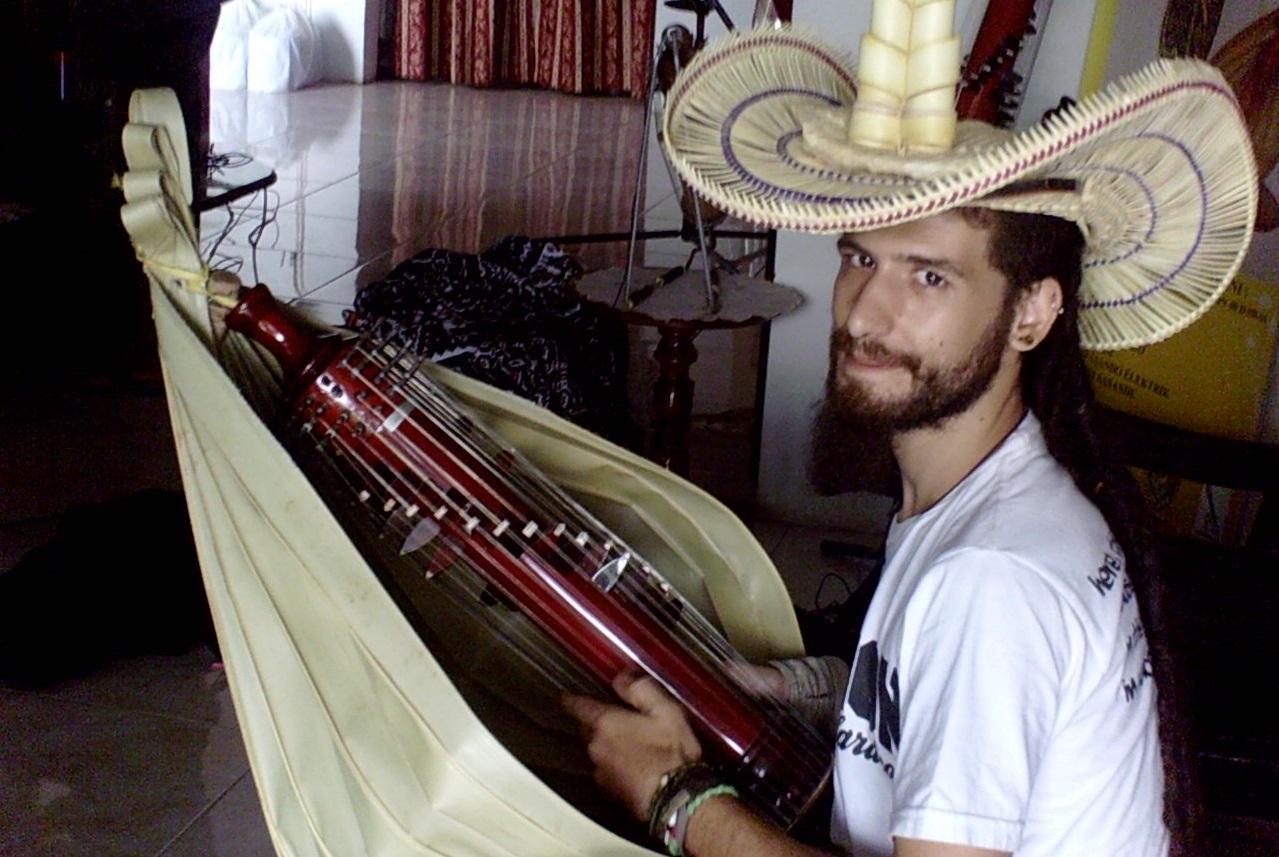 Sasando is a stringed instrument that is played by finger picking, produces beautiful and romantic musical melody. Sasando is from Rote Island, East Nusa Tenggara. Sasando has a fairly unique shape resembling a shell with bamboo in the middle. Sasando produce a sound similar to a guitar, violin, harp, and other stringed musical instruments.

Sasando musical instrument was performed by Djitron Koriyon Pah from Indonesia during the Asia’s Got Talent event in 2015, until finally his performance lead Djitron and his family go around the world. Djitron has explored three continents while slowly introducing Indonesia traditional musical instruments on the world stage. Djitron has brought his Sasando to the United States, Russia, Britain, the Netherlands, Italy, Finland, Germany and Taiwan. 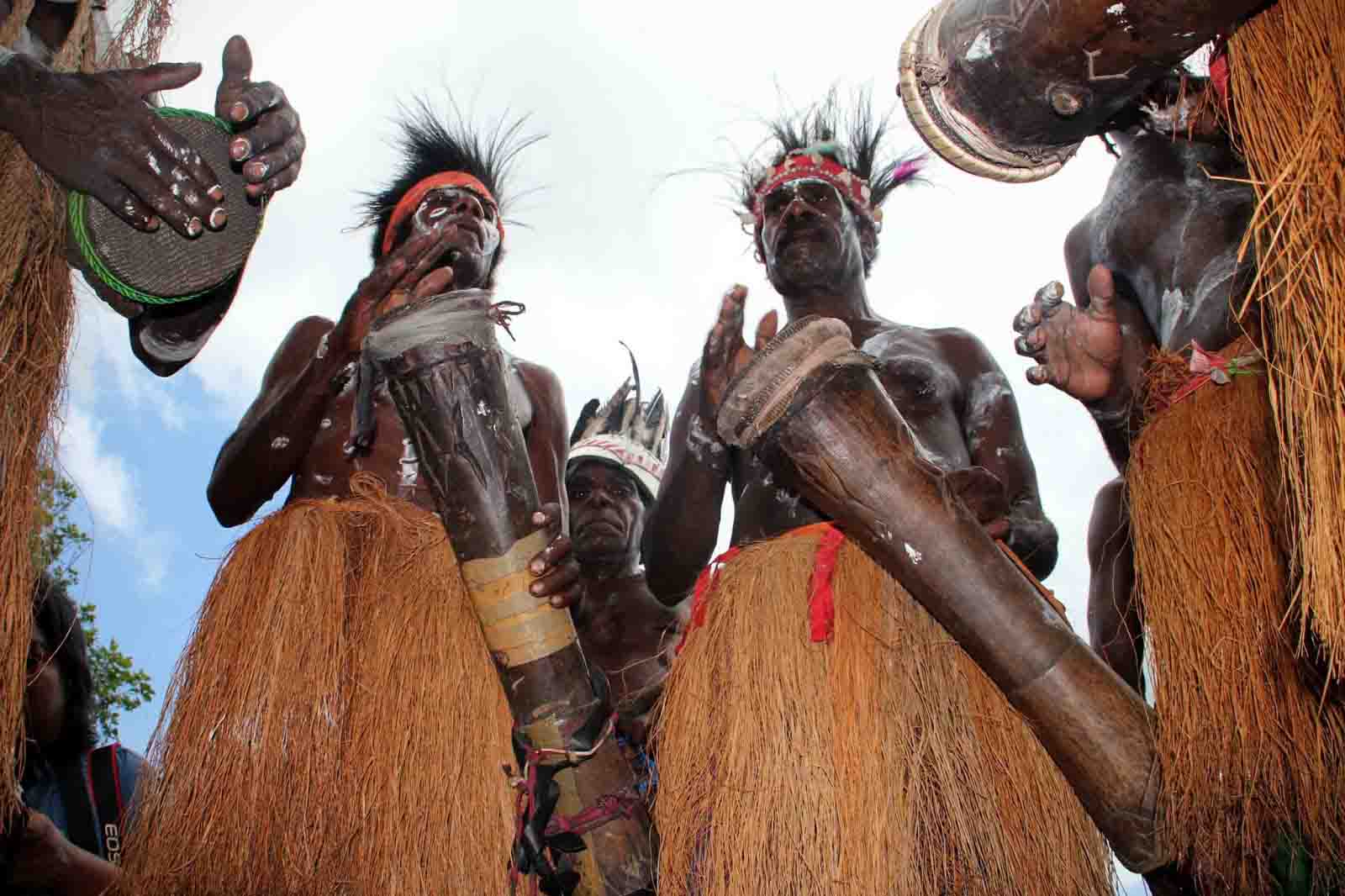 Tifa is originated from eastern part of Indonesia (Papua and Maluku). Tifa is made of wood, shaped like a tube, and is played by hitting on the surface. This musical instrument is usually played during traditional ceremonies and musical performances, as well as traditional dances. Tifa is a type of musical instrument with only one sound, so Tifa can be the main sound and can be rhythm regulator when played with other musical instruments.

Tifa musical instruments in Papua and Maluku have different forms. In Papua, the middle part of the tifa is more curved and has a handle on the middle part. Tifa in Maluku is tubular and has no handles. Tifa divided into several types, which are Jekir, Potong, Dasar and Bass. The division of those types is distinguished from the color of the sound, so that when played together, they must be adjusted to the sound color and the function of each.

Kolintang or Kulintang is a musical instrument originating from North Sulawesi. Kolintang is made of wood which is arranged and played by hitting the wood surface. It has existed since ancient times used by the community to accompany traditional rituals associated with the ancestor spirits. Kolintang is widely known in the Minahasa community and often played on traditional dances and music event.