Dance or body movements is one of performing arts which is harmonized with the accompaniment of musical instruments. Indonesia itself is quite famous for its cultural diversity, including traditional dances which are always in the spotlight. Usually, these dances are displayed in the event to welcome guests, commemorating important days or events, as well as for religious rituals. 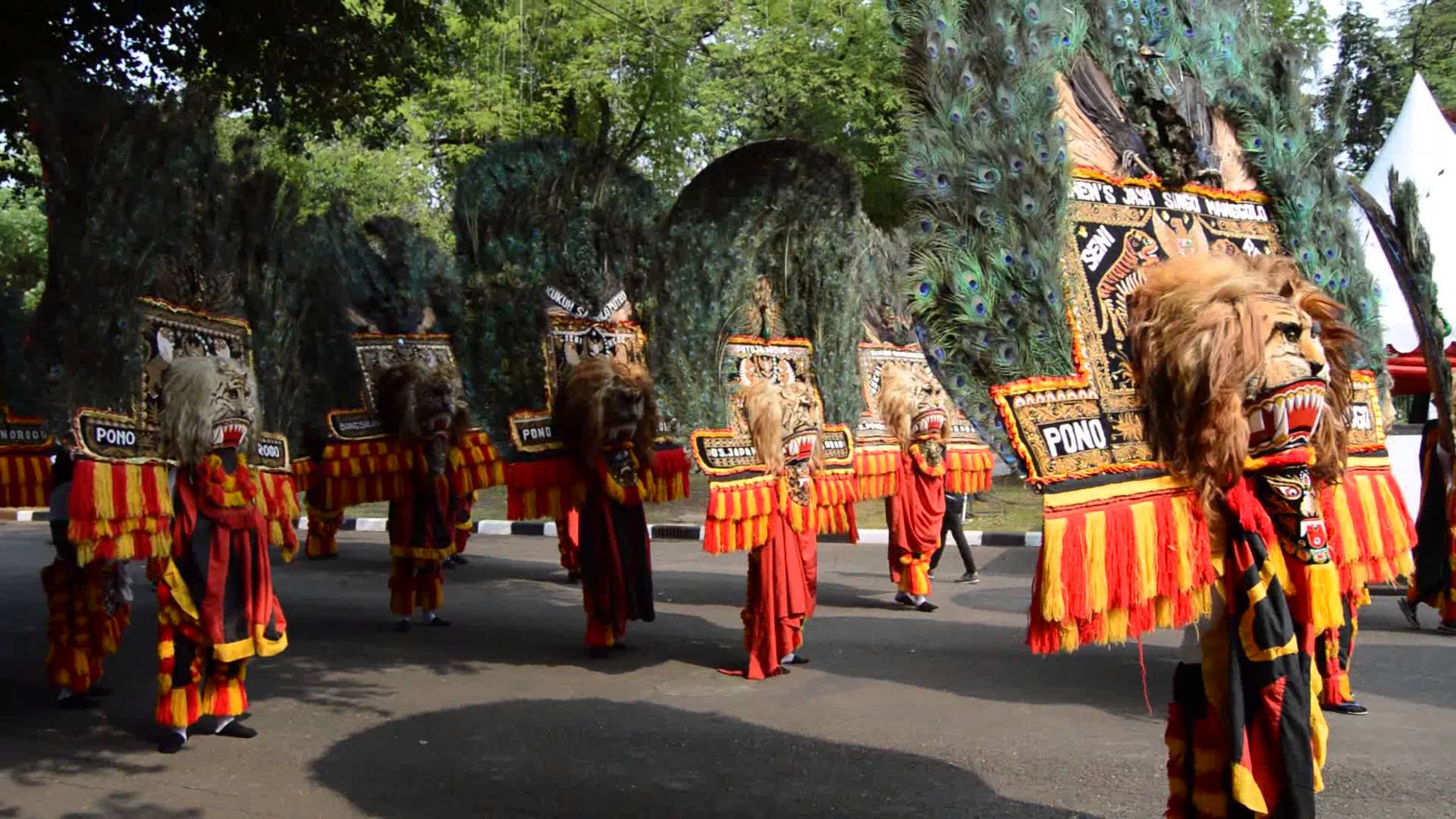 Reog is one of the cultural arts that originated from East Java and Ponorogo is considered as the real city where Reog come from. The city gate of Ponorogo is decorated by “warok” and “gemblak”, two figures who were present when the Reog dance performed. Reog Dance is one of the regional cultures in Indonesia that is still very thick with mystical things. Reog is also very entertaining for tourists who come to Indonesia and it has become one of the most popular Indonesian dances. 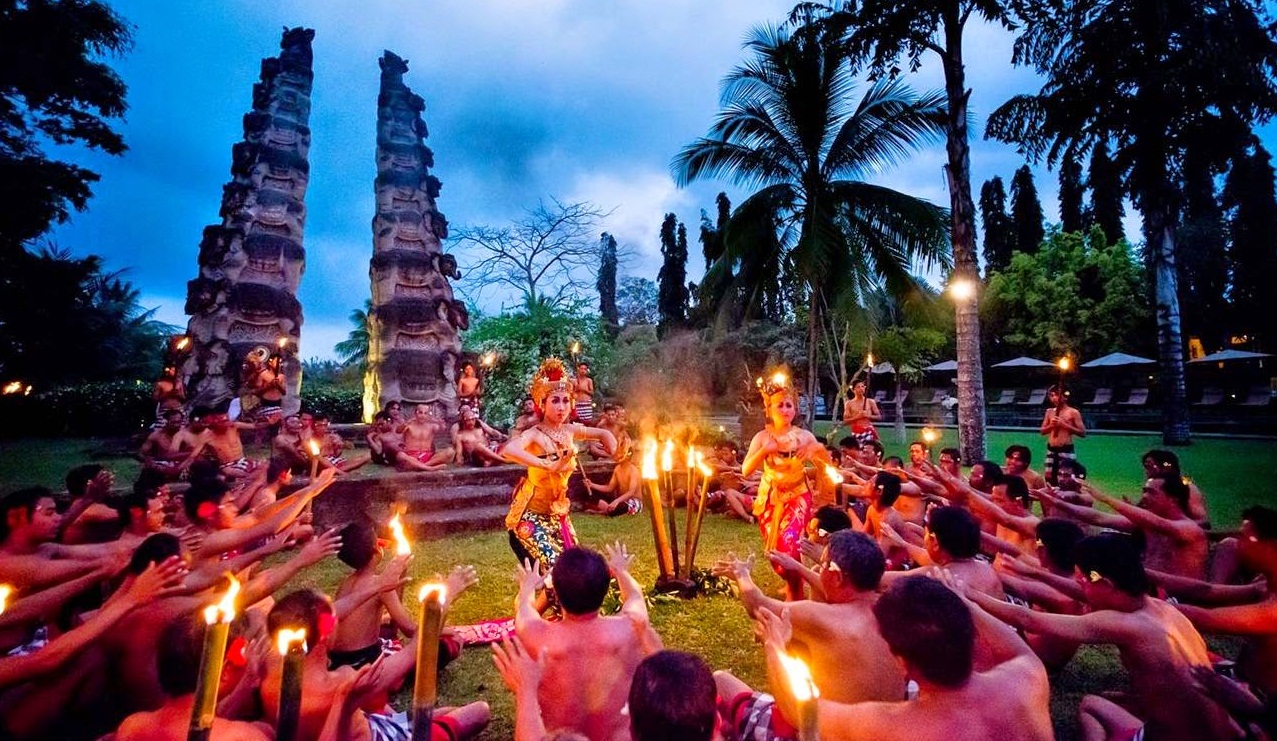 Kecak or Ketjak or Ketjack is a typical Balinese art performance that was created in the 1930s and is performed mainly by men. This dance is performed by many (dozens or more) male dancers who sit in a circle and in a certain rhythm shout “cak” while raising both of their arms. This act illustrate the Ramayana story when a group of Apes assist Rama against Rahwana.

The male dancers who sit up in a circle wearing checkered cloth like a chessboard wrapped around their waists. Beside them, there are also other dancers who play as Ramayana figures such as Rama, Shinta, Rahwana, Hanoman and Sugriwa.

However, Kecak is thought originally come from Sanghyang ritual. The ritual is part of dance tradition where the dancer will be in an unconscious condition when communicating with God or the spirits of the ancestors and then conveying their hopes to the public. 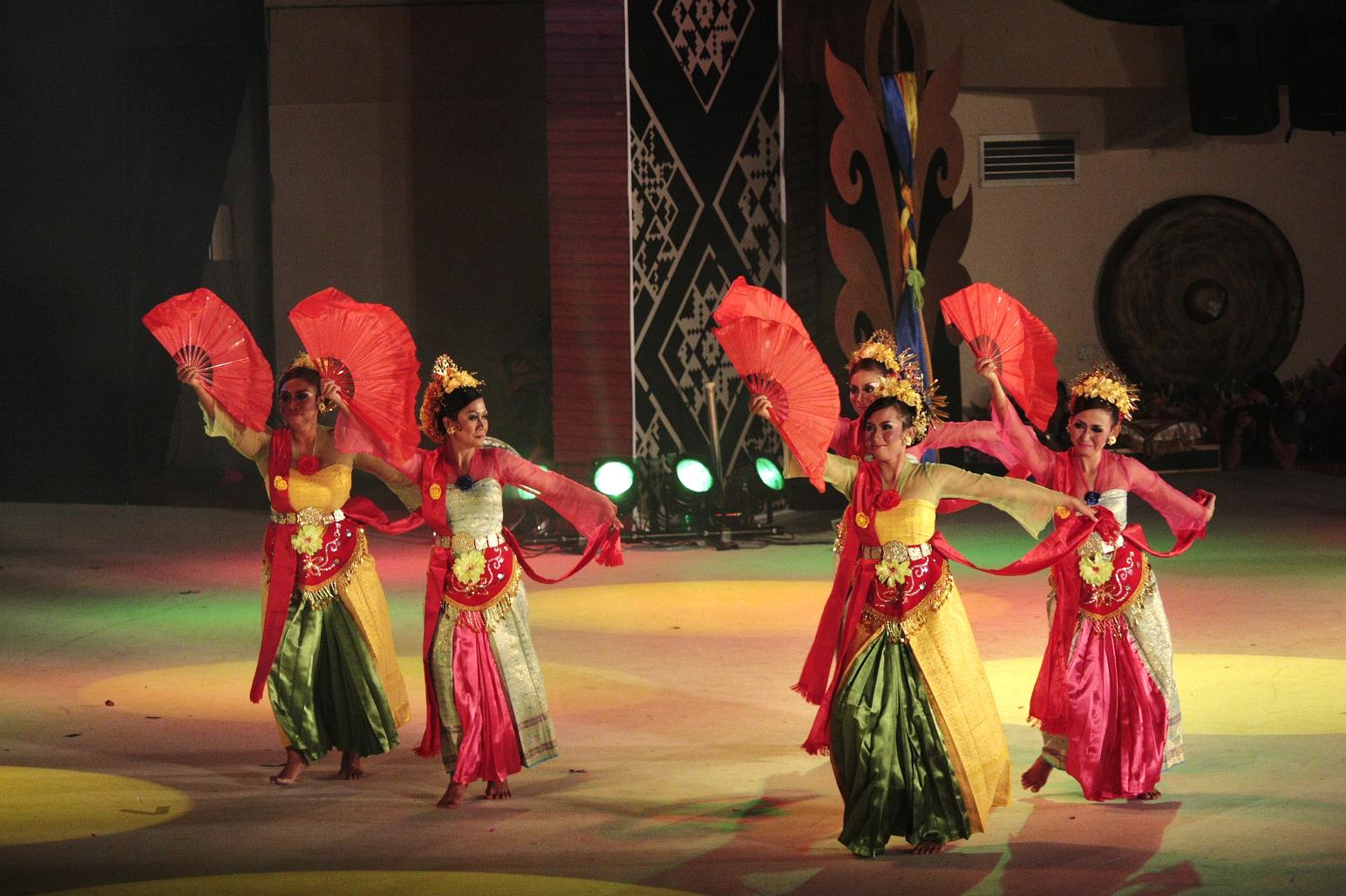 Jaipong dance or often referred to as “Jaipongan” is a traditional dance displaying a type of dance and music that refers to the richness of Indonesia art, especially the West Java Province. Jaipong dance was discovered by Gugum Gumbira, an artist from Bandung, around the 1960s.

Jaipongan is a dance used by the community to mingle, therefore this dance is also called the Sundanese Society dance. This dance is growing and developing until finally it can be accepted by the public and popular in the eyes of the public since the 1970s. 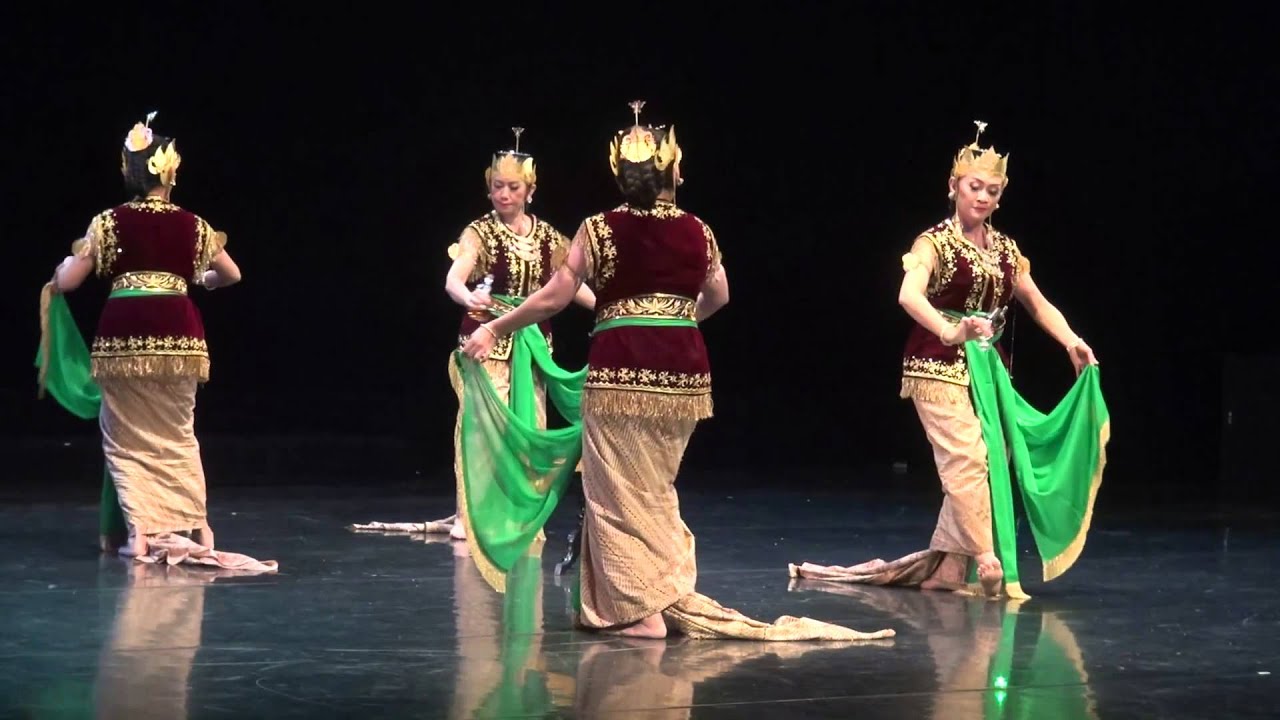 Serimpi Dance is a classical dance of Yogyakarta Palace which is performed by several elegant female dancers. Slow and gentle movements indicate the courtesy and gentleness of the palace culture.

Serimpi has existed since the heyday of the Mataram Kingdom during the reign of Sultan Agung. Initially this dance is categorized mystical and only performed at the Yogyakarta Palace for state events and the commemoration of the Sultan’s throne.

Serimpi dancers were chosen by the Royal family. After the kingdom of Mataram splitted into two, which were the Sultanate of Yogyakarta and Surakarta, the dance began to experience changes in terms of movements. But the meaning of this dance is the same, to display politeness and gentleness. At the moment, this dance is performed to welcome guests and cultural events. 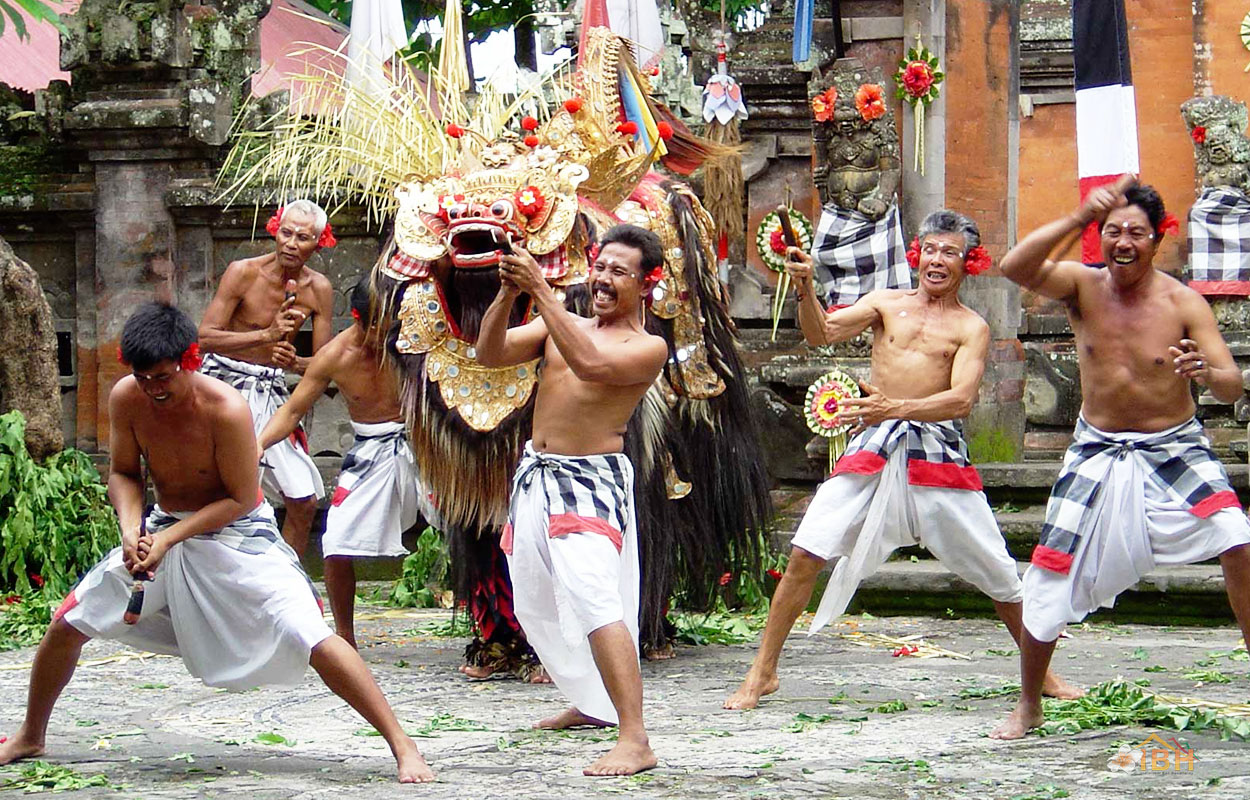 Barong Dance is a Balinese dance originating from pre-Hindu cultural treasures. This dance illustrates the struggle between virtue (dharma) and sleaze (adharma). The virtue entity is performed by Barong, a dancer in a four-legged animal costume, while the sleaze entity is played by Rangda, a creepy figure with two pointed fangs in his mouth.

There are several types of Barong dance commonly displayed on the island of Bali, which are, the Barong Ket, Barong Bangkal (pig), Barong Macan and Barong Landung. However, among them only the Barong Ket or Barong Keket is more preferred as tourist attraction because of the complete costumes and dances.

Barong Dance narrate the battle between Barong and Rangda which is complemented by other supporting figures such as Monkey (Barong’s best friend), Dewi Kunti, Sadewa (Dewi Kunti’s child) and the Rangda’s followers. 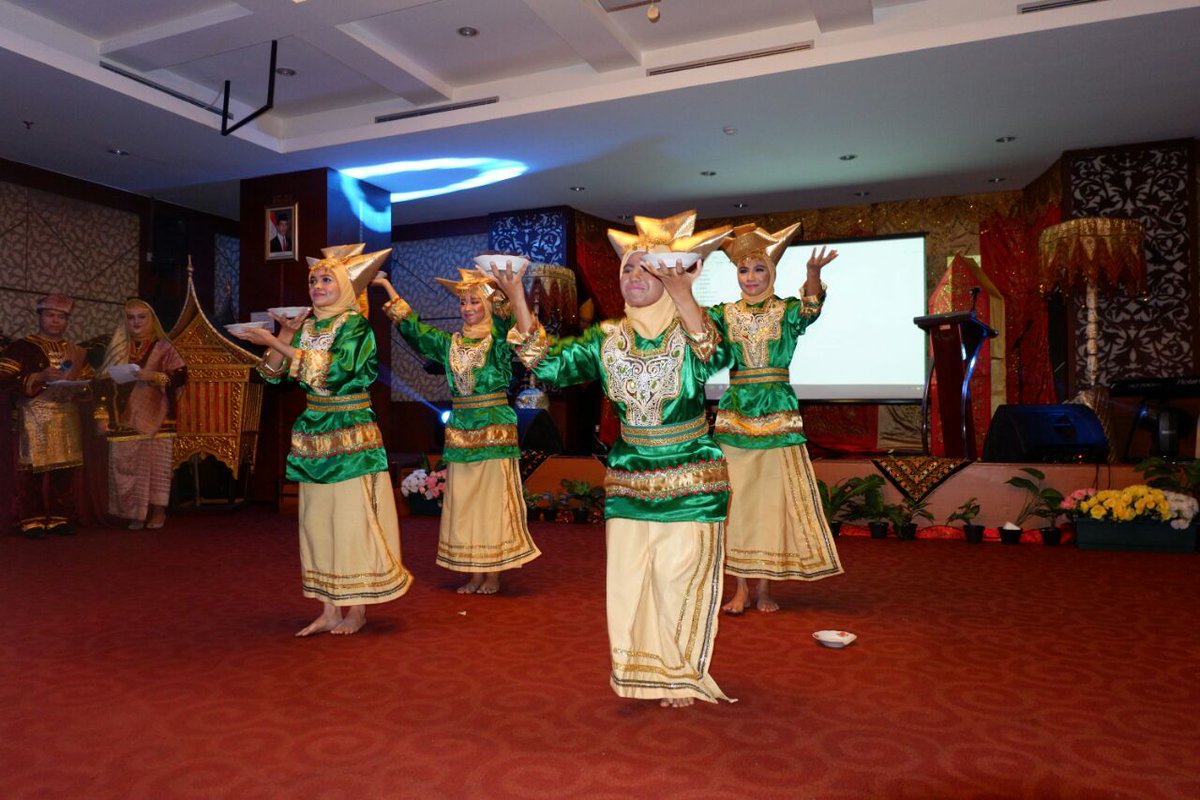 This dance is called Piring (Plate) Dance because the use of plates in the dance movements. Initially, the Piring Dance which is originated from Minangkabau, West Sumatra, was performed by men and women to bring offerings to the God as an expression of gratitude for the abundant harvest.

The uniqueness of this dance lies in the fast movements of the dancers with plates in their hands that don’t fall, no matter how difficult the dance movements are. The dancers start moving when the talempong and saloang instruments are sounded. 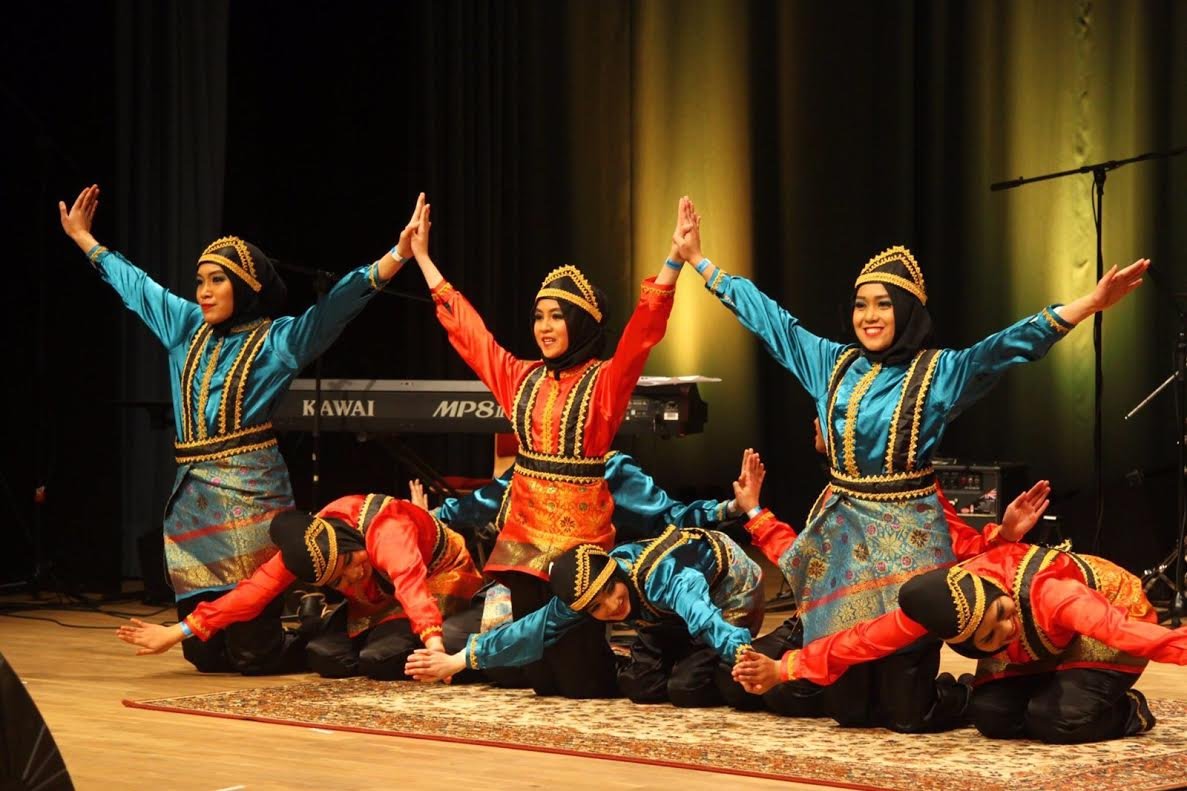 Saman dance is already well known in the world. The UNESCO has designated this Aceh’s regional dance as the ‘Representative List of the Intangible Cultural Heritage of Humanity’ in 2011. The Saman Dance originates from the Gayo Tribe. This dance is to commemorate the important days of traditional Acehnese people or to commemorate the birth of the Prophet Muhammad.

Reputedly, the Saman Dance was developed by Syekh Saman, a cleric from Gayo in Southeast Aceh. The Saman dance is performed by a group of dancers of an odd number. The uniqueness of this dance lies in the sound that comes from the movements of the dancers’ hands. 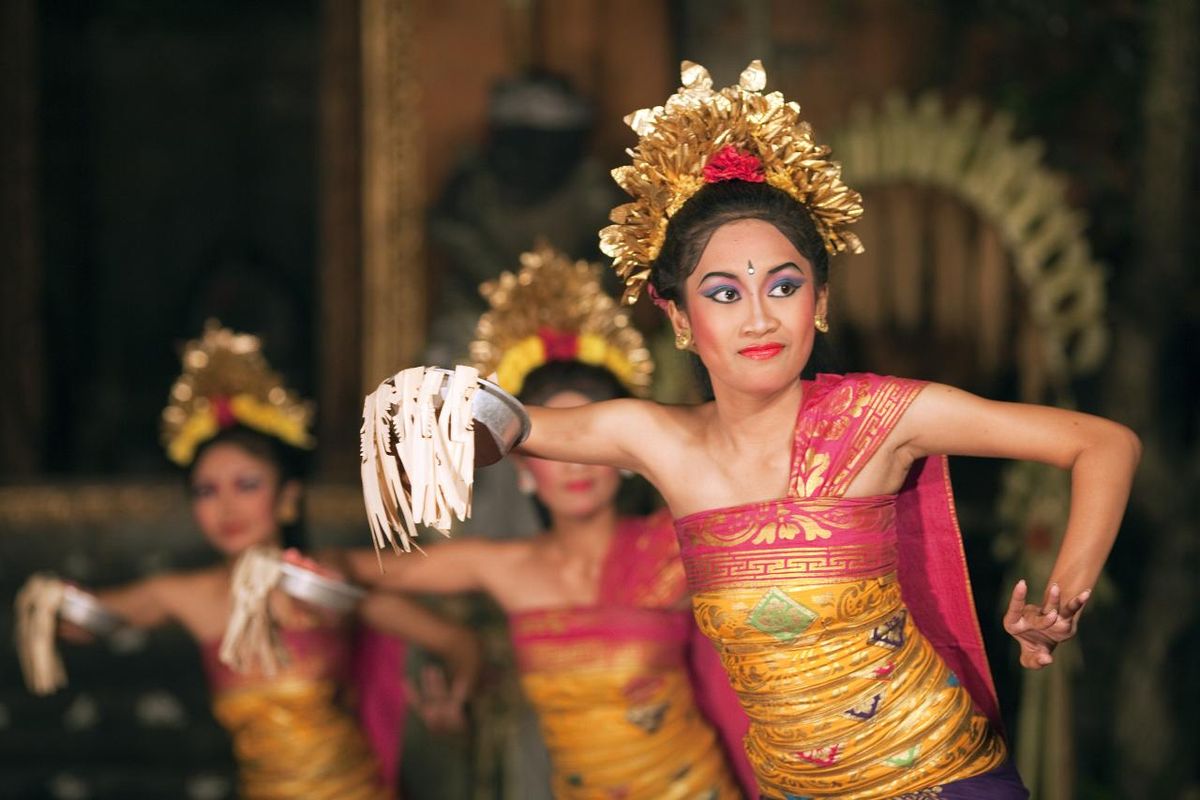 The Pendet was originally a worship dance performed mostly at the Temple, a place of worship for Hindus in Bali. This dance symbolizes the welcoming of God descendants to the natural world. This dance was created by I Wayan Rindi. He is a dance maestro known widely as a composer of sacred Pendet dances performed in temples at every religious ceremony. Now, the Pendet Dance can also performed as welcoming dance.

Gradually, over the times, Balinese artists changed Pendet into a “welcome dance”, although it still have some sacred-religious elements. This Balinese traditional dance until now has become a mandatory spectacle for tourists visiting the island. 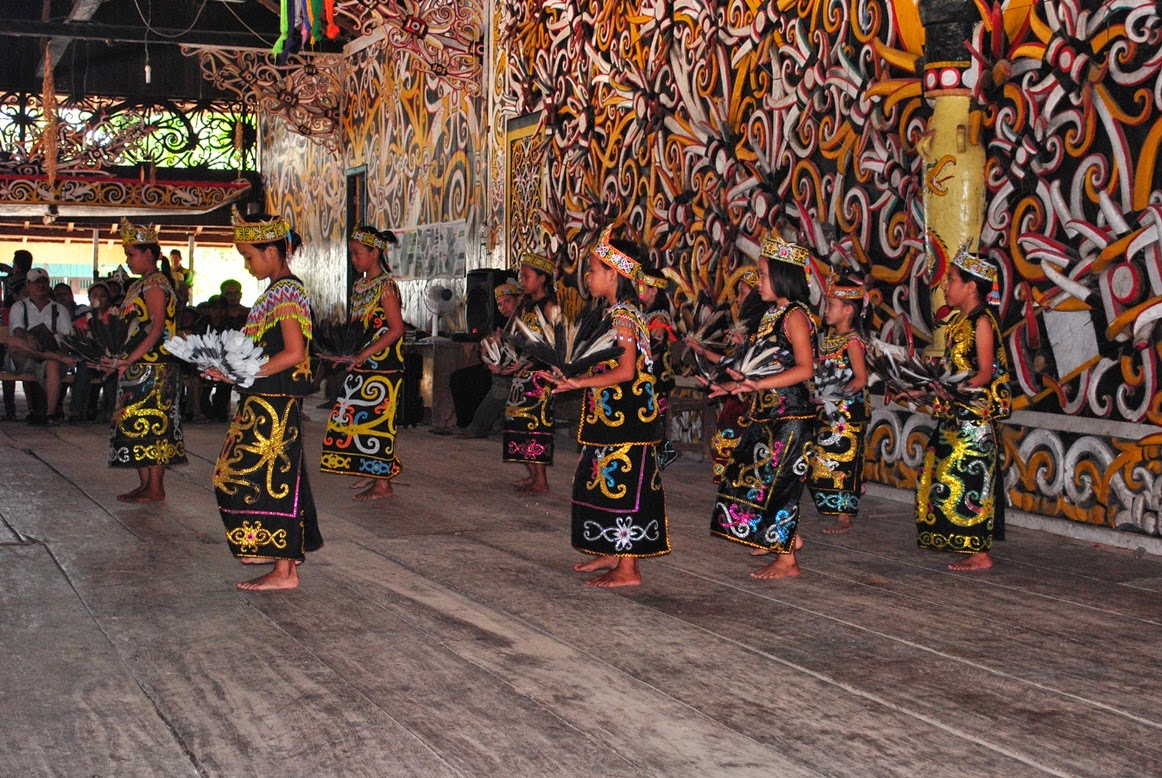 Originally from East Kalimantan, Leleng Dance tells about a girl who was forcibly married by her parents. Then the girl chose to run away from home and escaped into the forest. The hallmark of this traditional dance is the colorful costumes and feather accessories on the hands. 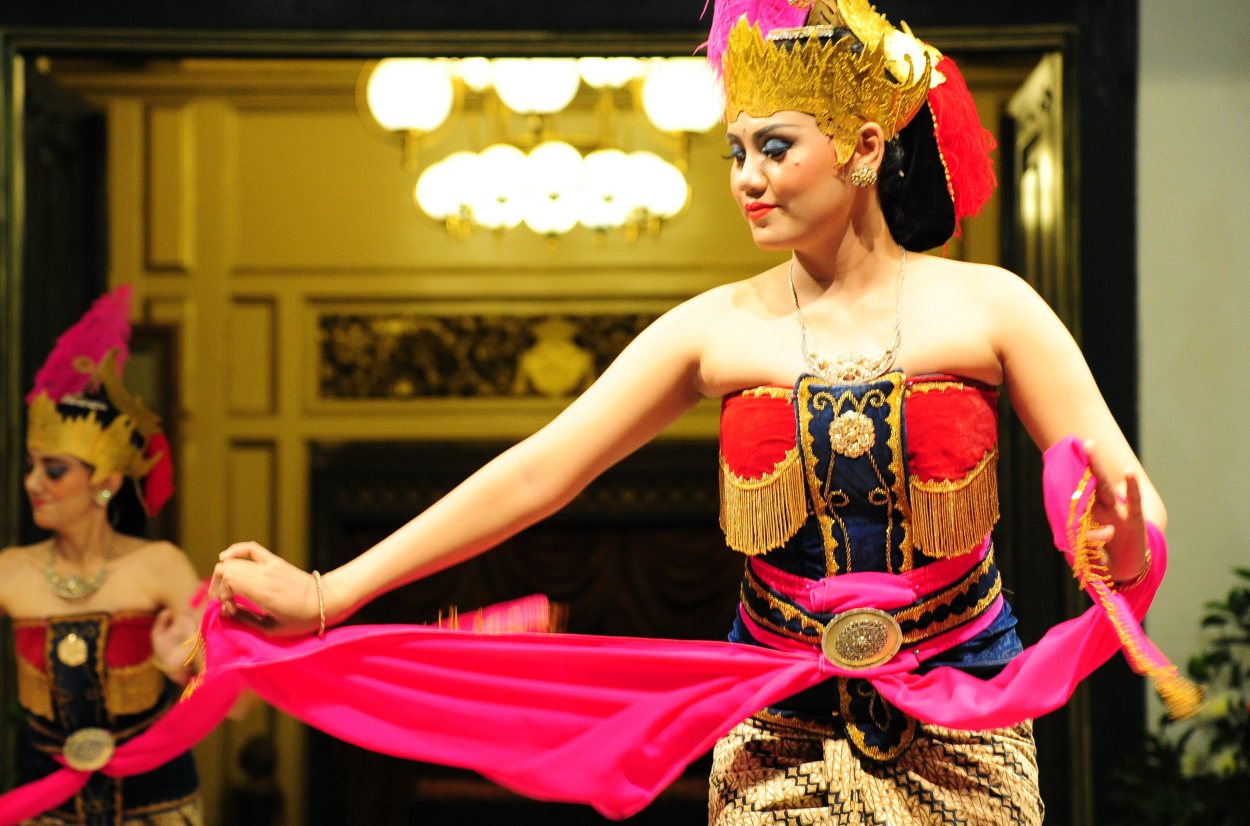 Gambyong dance which is originally from Central Java displays graceful and beautiful movements. The circular movements, back and forth, moving the head, and playing the shawl, philosophically illustrate the beauty and tenderness of Javanese women. Gambyong dance can be performed for the needs of welcoming honored guests.