Experience the Bukit Lawang adventure where you can see orangutan in their habitats and learn more about flora and fauna of Gunung Leuser National Park in North Sumatra, Indonesia. 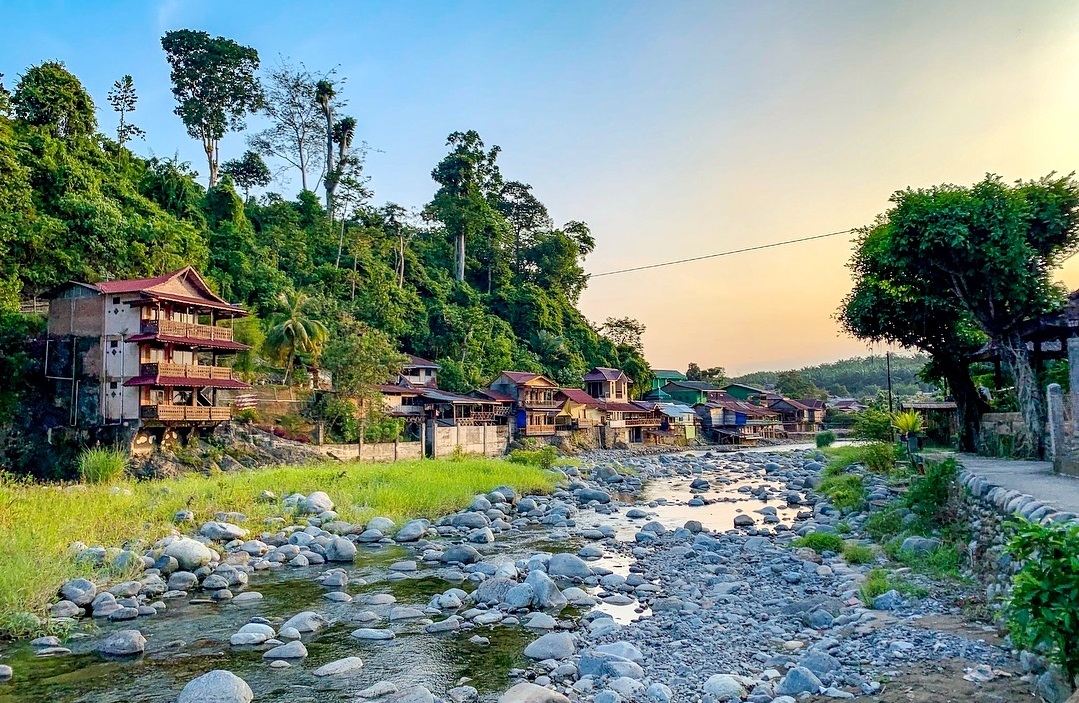 Bukit Lawang is located in North Sumatra, precisely in Bahorok Village, Langkat District. If you traveled from Medan City, the location has a distance of about 80 kilometers and can be reached in about 2-3 hours drive. The atmosphere is cool because the location is inside the Gunung Leuser National Park area. For you that want to have cool and refreshing atmosphere, this place is perfect.

The Allure of Bukit Lawang

For your information, Bukit Lawang is also a protected orangutan conservation site of the Sumatran Orangutan species which has the Latin name, Pongo Abelli. The Pongo Abelli is the most threatened orangutan species among the two species of orangutans in Indonesia. Compared to their ‘siblings’ in Borneo, Sumatran Orangutans have differences in physical as well as behavioral. The species, which is currently only found in the northern and central provinces of Sumatra, is losing its natural habitat quickly due to forest clearing for plantations, settlements and illegal logging.

As a place for the orangutan conservation, Bukit Lawang has a very cool and beautiful location. The panorama around is surrounded by forests, rivers and also the “barisan” mountains which are unfolded along the island of Sumatra. Because of its location which is arguably very beautiful, many tourists visit here. Not only from Indonesia, there are also many foreign tourists.

When you enter Bukit Lawang, you will also see tourists chatting with local residents, which is a common things to see in this area. Coupled with many restaurants that serve local menus, you will feel “like home” in this one tourist destination.

What You Can Do in Bukit Lawang

For those of you that like outdoor activities, Bukit Lawang in Langkat, North Sumatra can be a suitable place to fulfill your adventurous desires. Here, many choices of challenging activities are guaranteed will test your adrenaline. The following is the review. 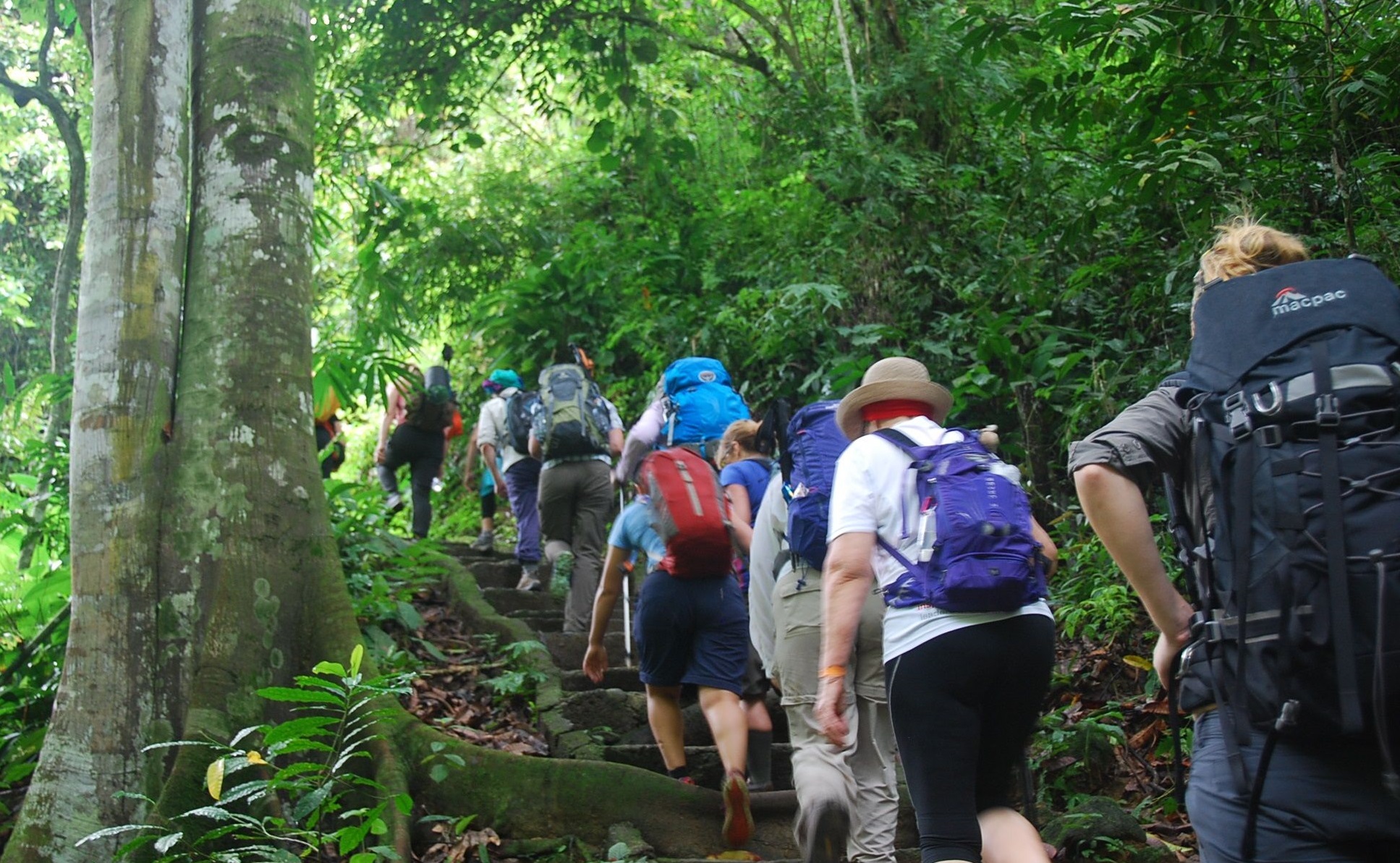 Trekking is a mandatory activity you must do when visiting Bukit Lawang. The reason is that Bukit Lawang has relatively hilly land contour. So, your trekking will be fun and full of challenges. Also, soil conditions in this region also tend to be wet and muddy like soil types in tropical rain forest areas. Guaranteed your Bukit Lawang adventure through the forest will be exciting. If you’re lucky, you can also see the blooming corpse flower (Amorphophallus Titanum). 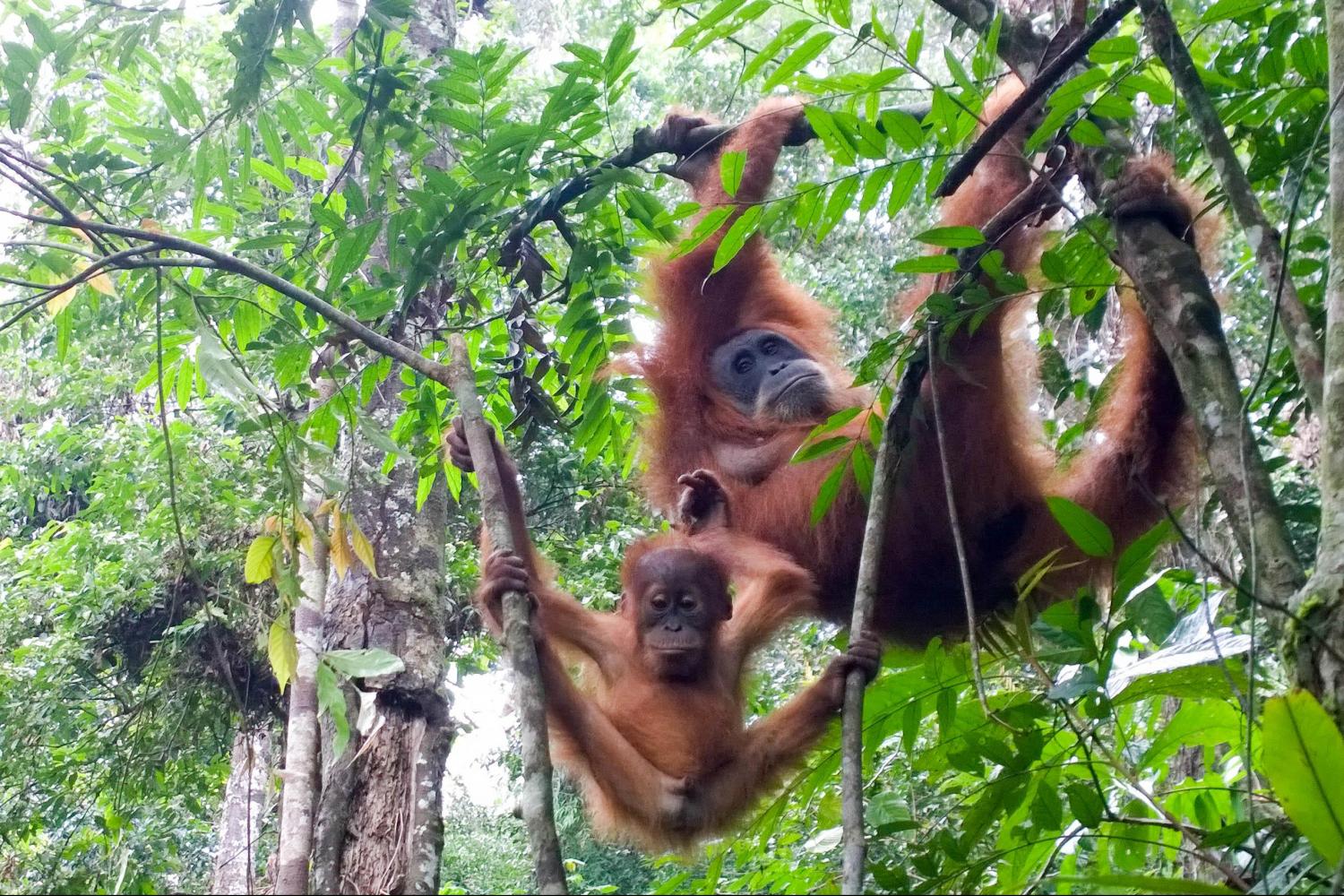 Like the common national park, Bukit Lawang is also a habitat for a variety of wild animals. When you are exhausted trekking through the forest, don’t be surprised if you see lots of animals. For example, the Orangutans, Sumatran Tigers and even Sumatran Rhinos.

In addition, you can also see the original form of the Sun Bear which apparently likes to eat fruit, not honey. To be safe, you must keep a distance from the wild animals. Because in principle, if they do not feel disturbed, they will be calm and even tend to be indifferent to our presence. 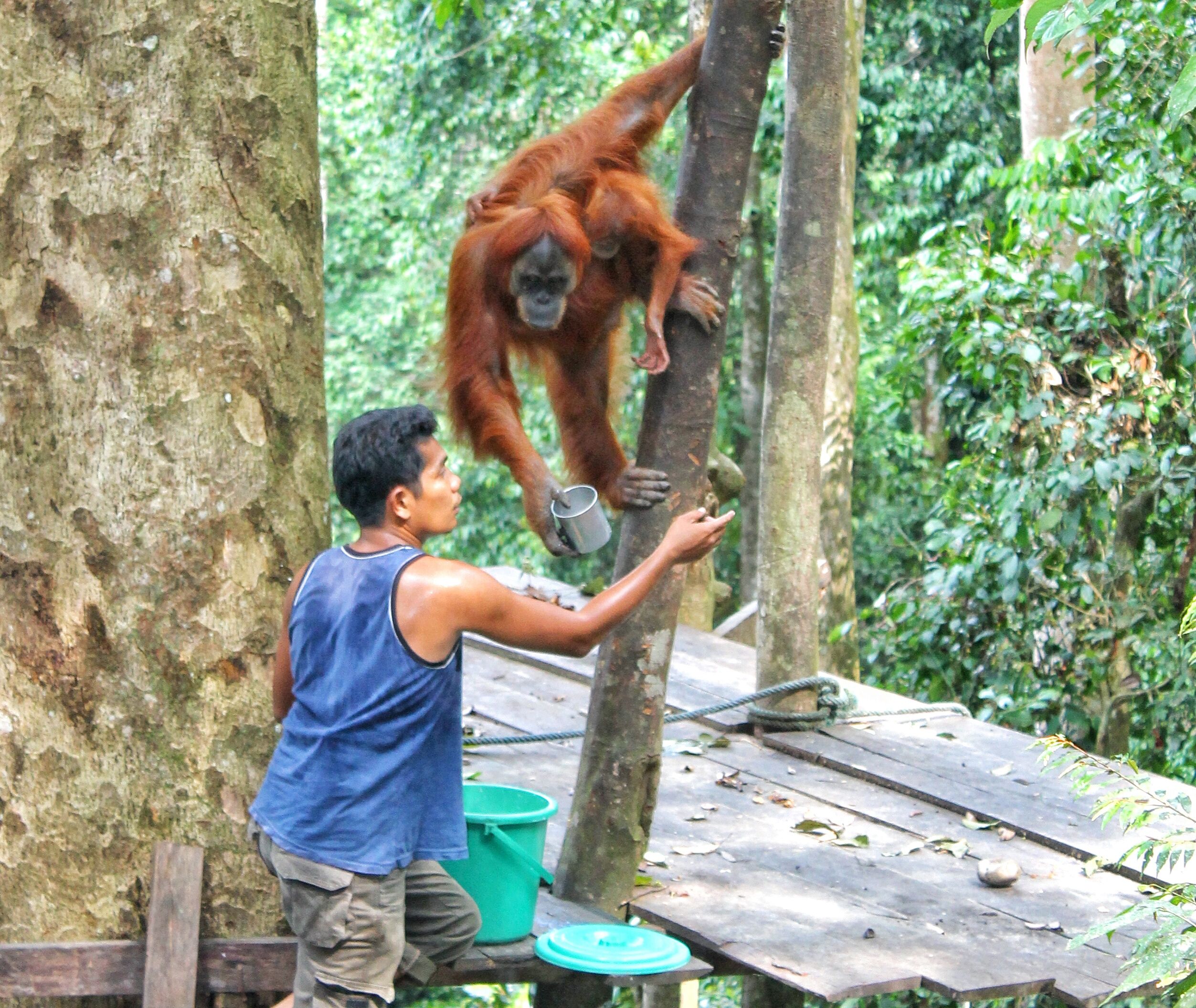 Well, if you see orangutans hanging freely in the trees, you can also be closer to them. Every 08.30 and 15.00, the guards will provide the orangutan foods at the feeding station. You can join to feed them but please follow the rules if you want to meet an orangutan in Bukit Lawang. 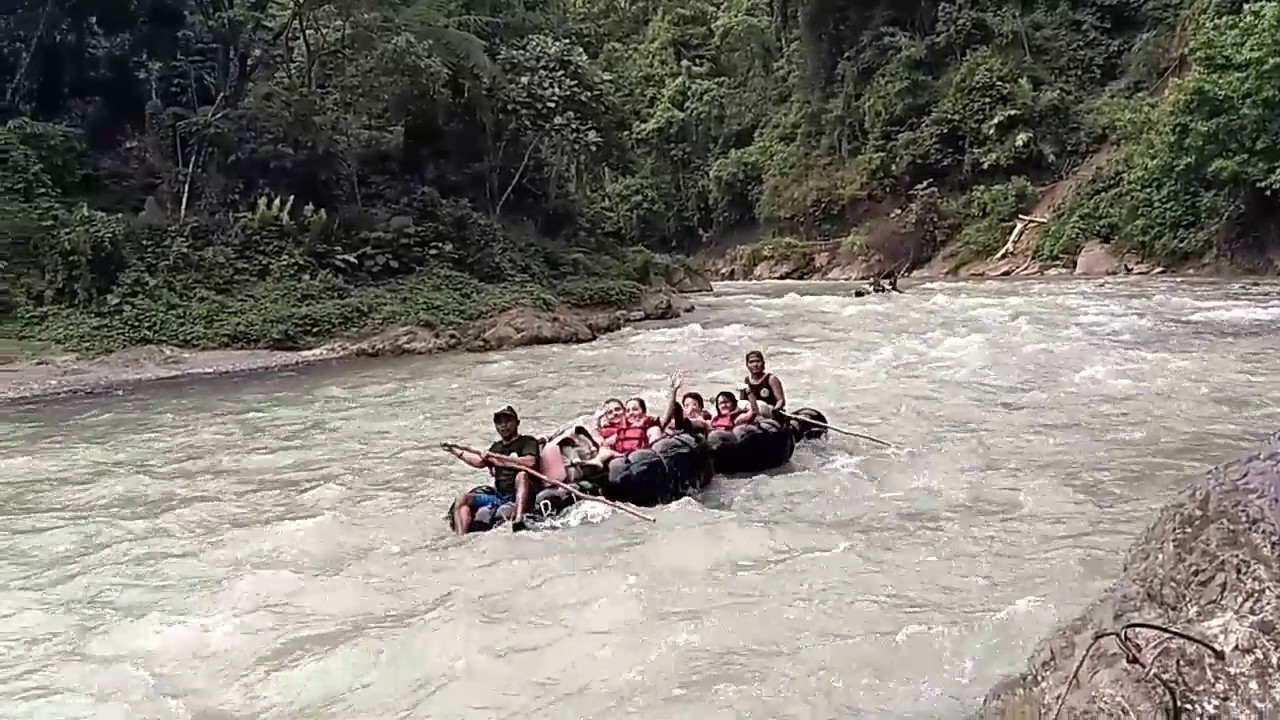 Tubing is the adrenaline-boosting activity you can not miss while visiting Bukit Lawang. To be able to feel the swift flow of the Bahorok River using tires (tubing), you only need to pay around IDR75,000 to IDR100,000. The price is all according to agreement and depends on bidding skills.

Before crossing the river, you have to do trekking through the jungle first and then throw yourself into the river. Do not be confused, if you are not given a life jacket after sit on the tubing tires, because in fact the excitement of tubing in Bukit Lawang is precisely there. You will feel insecure but at the same time your adrenaline rise rapidly. 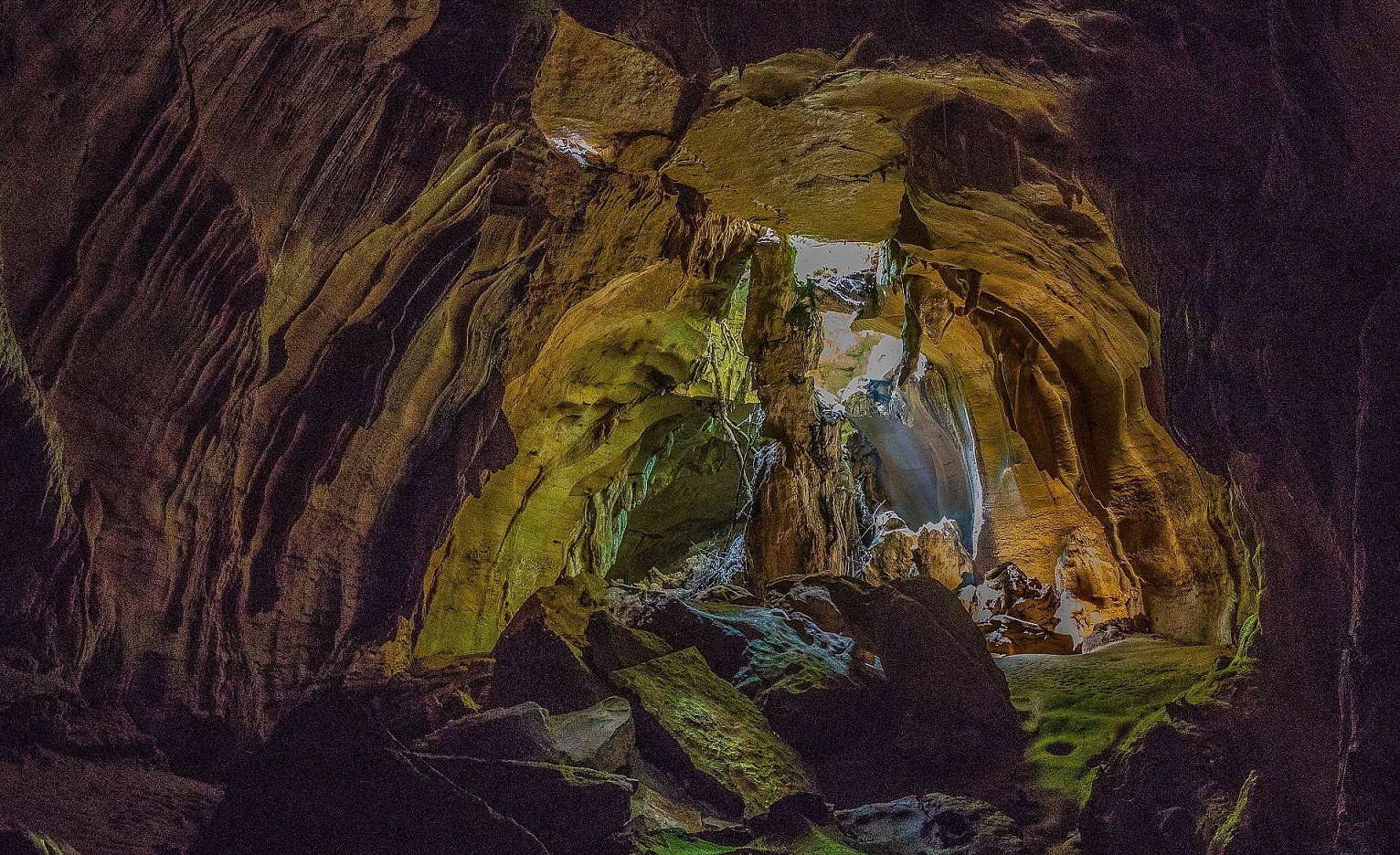 Inside the Bukit Lawang area there is a cave containing thousands of bats so it is named Gua Kelelawar (Bat Cave). The distance between the Bat Cave and Bukit Lawang entrance is around 15-minutes walk.

You can see the phenomenon of the cave ceiling that looks hairy, but actually it is a horde of bats that are sleeping. Besides bats, you can also see the beauty of the cave interior which is made up with a very large stalagmite ornament. 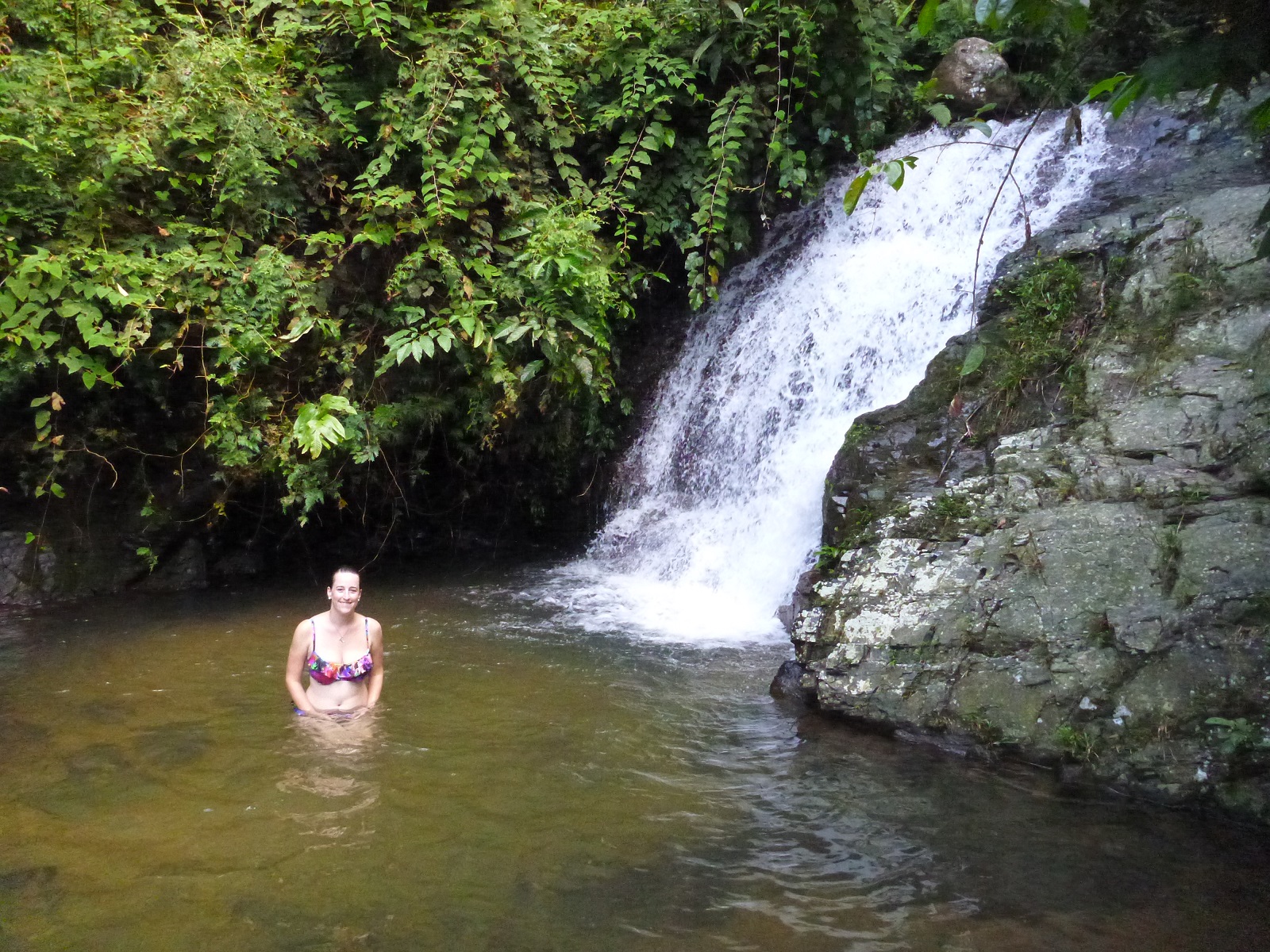 In Bukit Lawang, there is a waterfall that you can reach without the trouble of hard trekking first. The waterfall is quite beautiful and the atmosphere is cool. The current is also quite calm so you can swim freely here.