3 Balinese Authentic Villages You Must Visit

Beaches or mountains tourism in Bali sometimes overrides other tourist attraction in Bali which are no less interesting. One of them is the existence of Balinese traditional villages. Balinese people who still uphold traditions and cultures have beautiful villages and in some places are quite unique.

There are three ancient villages in Bali which are widely known by tourists, which are the Tenganan Village, Trunyan Village and Penglipuran Village. These unique villages are inhabited by the Bali Mula (mula meaning ‘initial’ or ‘original’ in Balinese), sometimes they are also called the Bali Aga (the indigenous people of Bali). The Bali Mula were the first inhabitants to inhabit the island of Bali before the Javanese population migrated to Bali.

Well, to find out more about those villages, here are the reviews of three Balinese Authentic Villages you must visit while on vacation in Bali. 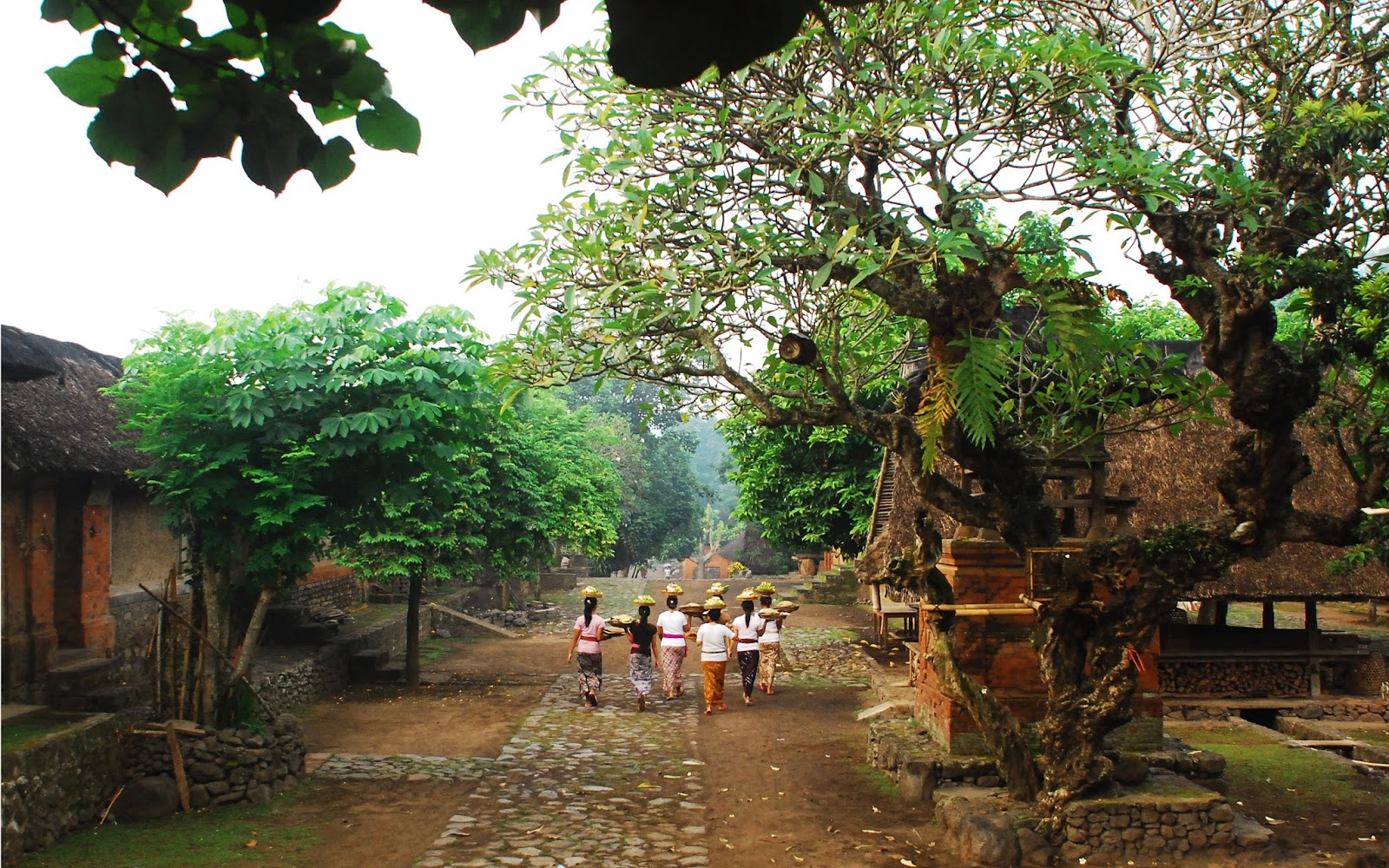 Tenganan Village is situated in Karangasem Regency. The location itself is approximately 60 kilometers east of Denpasar. In the village which has an area of ​​around 917.2 hectares, you can find how Bali is still traditional with the population of Bali Mula. There is one thing that make this village unique, which is, the community here is so strongly upholding the customary rules of the ancestors. The Tenganan people have some rules which are usually called “awig-awig”. For example, there shouldn’t be polygamy or divorce.

However, this Balinese traditional village is very open to modern things, such as electricity, communication tools and transportation. The children there are also very encouraged to get higher education. In addition, there are also rules to regulate the government system, land rights and natural resource rights, marriages, education and traditional ceremonies. Also, the community has extraordinary talents, for example they are accustomed to weaving their own gringsing fabrics which are only produced in this village.

Other than woven fabric, you can also find carving crafts or palm leaf painting. Not just visiting, you can also talk with the people there listening to local wisdom stories there. Then you can also see traditional ceremonies which are usually held in January, February, June and December. However, please note, tourists can not spend the night in Tenganan Village. 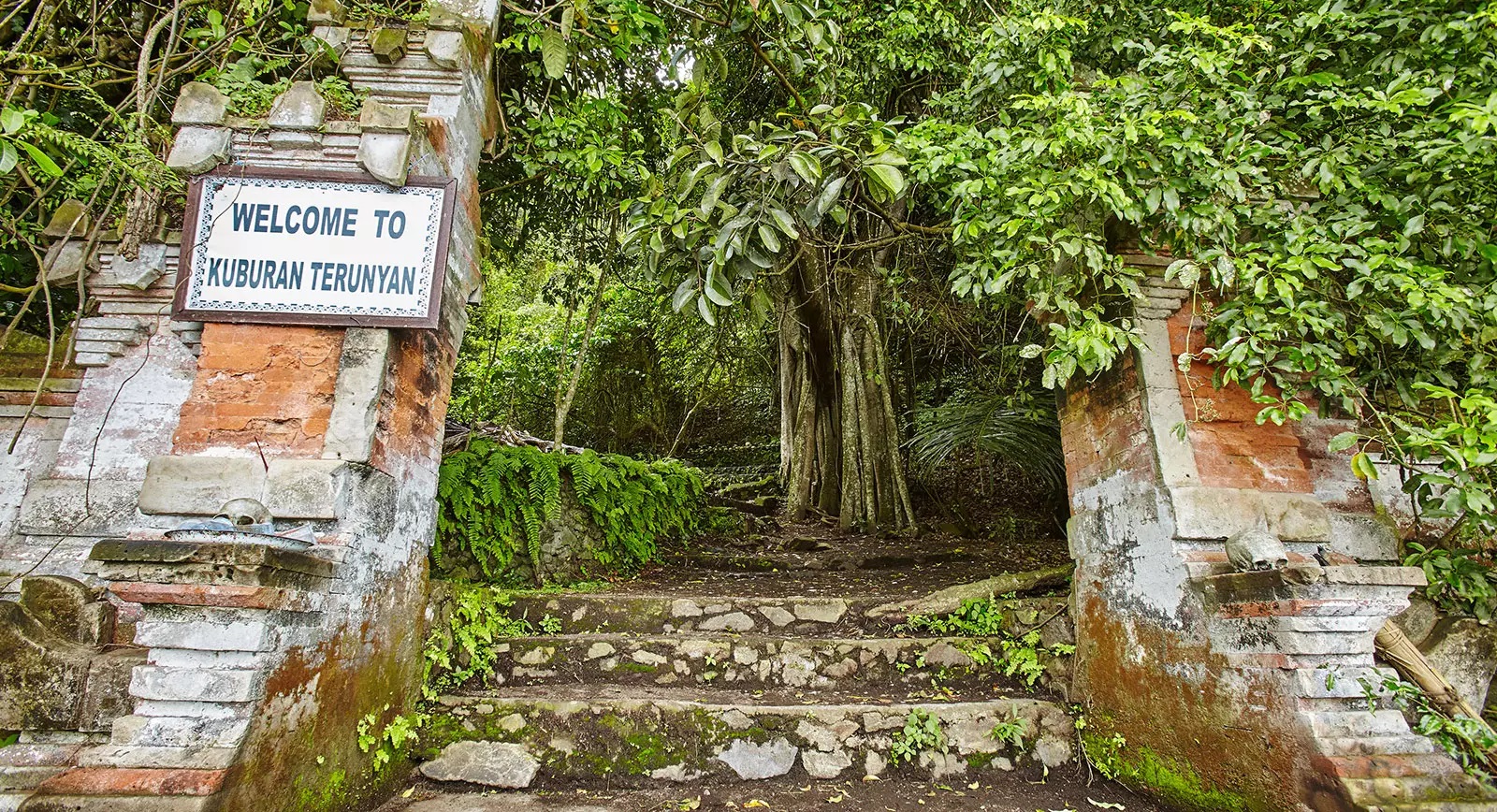 Another traditional village in Bali is Trunyan. It seems that Trunyan has already well known to foreign countries because of its uniqueness, specially for the funeral process. This village is located on the edge of Lake Batur, Kintamani District, Bangli Regency. To get to Trunyan, you can use a boat crossing the Lake Batur. Well, a unique tradition carried out by local people is not to bury the body, but only to lay the body on the ground under the incense tree commonly called “Sema Wayah”.

In Sema Wayah Cemetery there are only 11 graves, so the bodies will be placed alternately. The community does not add tomb because there are already provisions from the ancestors. If there are new bodies, old bodies or bones will be removed and replaced with the new bodies.

Even though bones are scattered there, they don’t smell bad. Community belief in the incense tree or commonly called “taru menyan”, has its own scent. So it is believed to neutralize the stench around the tomb.

Besides Sema Wayah, there are two other cemeteries namely Sema Muda and Sema Bantas. Sema Wayah itself is a funeral for people who die naturally, have been married, single and small children whose milk teeth have been knocked out. Then, Sema Muda is specifically for babies who die and are buried. While the Sema Bantas is for people who died due to accidents and must be buried.

Around the Truyan Cemetary there is a Pura Dalem (Dalem Temple) which is located on the edge of the lake which is often visited for praying. This temple is also an attraction for tourists who visiting Trunyan Cemetery. After visiting the Trunyan Village, tourists can relax around the edge of Lake Batur or even to climb the Batur Volcano.

The village inhabited by the people of Bali Mula is located in the highlands around the foot of Mount Batur, precisely in Kubu Village, Bangli Regency, which is around 45 kilometers from Denpasar. The atmosphere in this authentic village is very calm, cool and beautiful.

Unlike the two previous ancient villages, the Tenganan dan Trunyan, Penglipuran Village has its own uniqueness. The villagers homes look similar at the front of the house. Tourists can see the beauty of this village along the village hallway which is neat and beautiful. You can walk through this hallway that ascends to the top.

Another thing that is no less unique is not allowing cars or motorcycles to enter the village. So the vehicle must be parked in the parking lot. As for customary rules, the community prohibits men from having more than one wife. The people there are also very friendly and often offering guests to stop by their house.