12 Fun Things To Do in Lombok

Lombok is already famous as an island that has enchanting natural beauty. It is one of the island in the province of West Nusa Tenggara. The beaches are beautiful and charming. Not only the coast, the inland is equally amazing. Lombok is rich in culture, history, and is also known as an island of Thousand Mosque.

Previously, Lombok has a reputation as being a difficult place to explore. That is changing now. Over the last five years new roads have been built and the international airport has opened. A combination of cheap hotels and good infrastructure has made Lombok an increasingly popular tourism destination. Here then are the 12 fun things to do in Lombok Island. 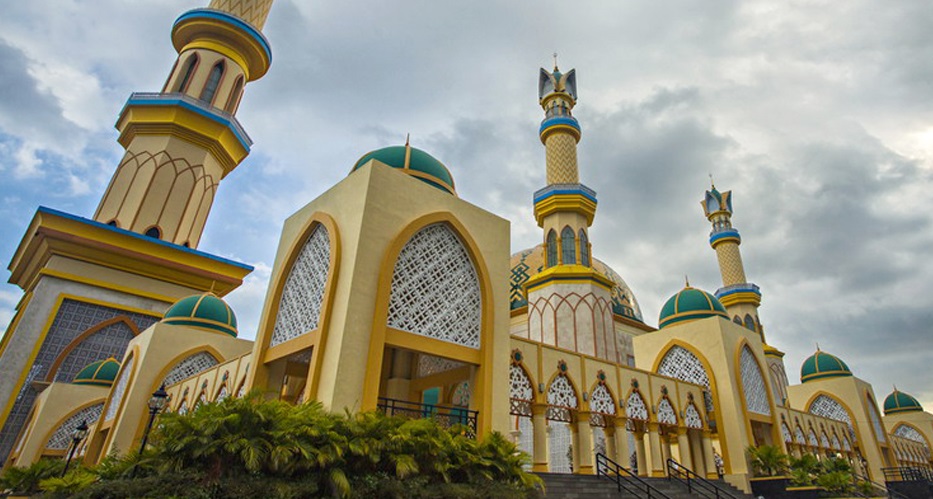 In Lombok there is a building that is so magnificent and has its own charm. The grandeur of the building can make anyone who sees it will feel amazed. The building is the Mataram Islamic Center. It is located at Jalan Udayana, Gomong, Selaparang, Mataram City, West Nusa Tenggara. The Mataram Islamic Center has been established on a 7.6 hectare land with magnificent characteristic and integrate building from traditional styles of Lombok and Sumbawa.

The Mataram Islamic Center is equipped with towers reaching 99 meters high. This number symbolizes the number of 99 names of Allah (Asmaul Husna). The part of the tower is the most favorite ones because anyone can see the city of Mataram from the height of the tower during day and night. Because the mosque is easy to find, even foreign tourists who were visiting West Nusa Tenggara shall be amazed by the magnificent and attractive building. 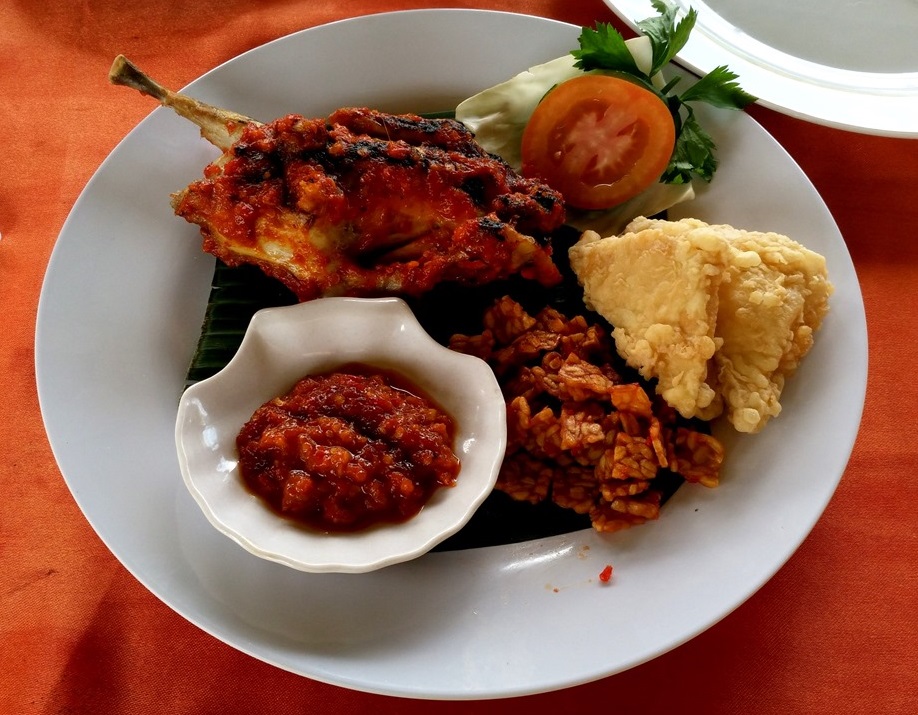 Visiting Lombok is incomplete if you have not tasted its famous cuisine. It’s called Ayam Taliwang (Taliwang Chicken). This culinary is a young chicken, barbecued with various spices. Can be spicy, can also be smeared with honey. It tastes very good. In Lombok itself there are many stalls that provide Taliwang Chicken.

Besides Taliwang Chicken, there is one culinary that is always be complement when tasting Taliwang Chicken, the Plecing Kangkung. It is a spicy water spinach mixed with other vegetables such as bean sprouts, long beans and of course the chili sauce. You can always try Es Kelapa Muda (Young Coconut Ice) for the drink. 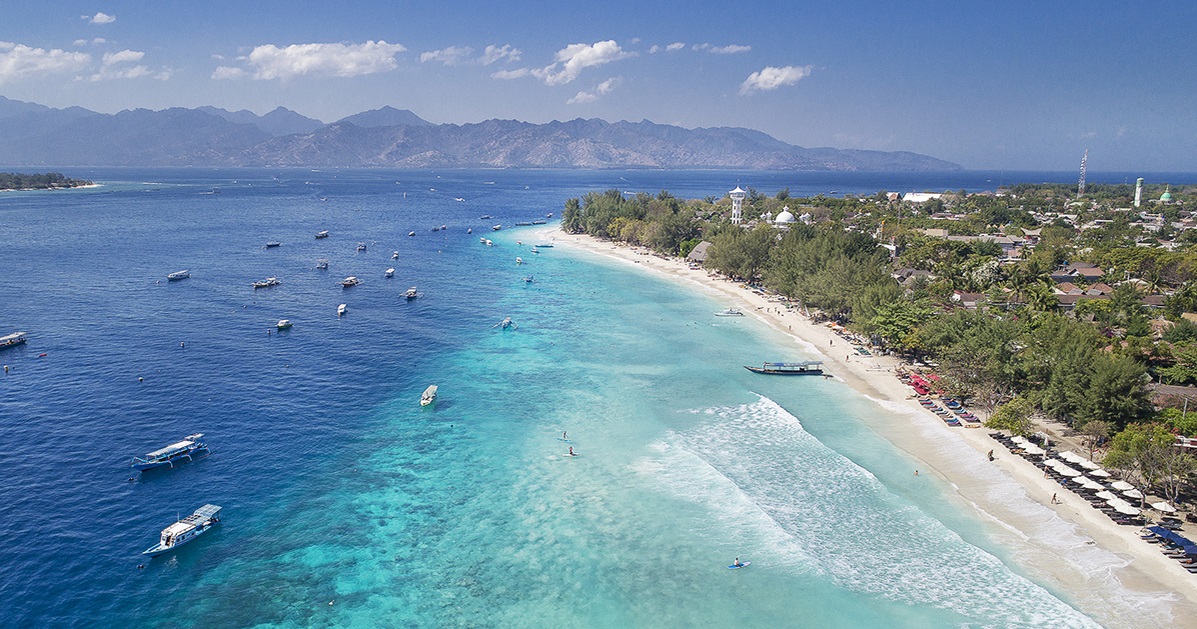 Next fun things to do. Let’s take a trip to North Lombok Regency. There are rows of famous small islands which are Gili Trawangan, Gili Meno & Gili Air. All of them have beautiful beaches. If you don’t have time to explore all three, then the right choice is just go to Gili Trawangan. There are many activities that can be done in the small island, starting from snorkeling, diving, sunbathing, cycling as well as culinary tour.

4. See the Beauty of Senggigi Beach from Malimbu Peak 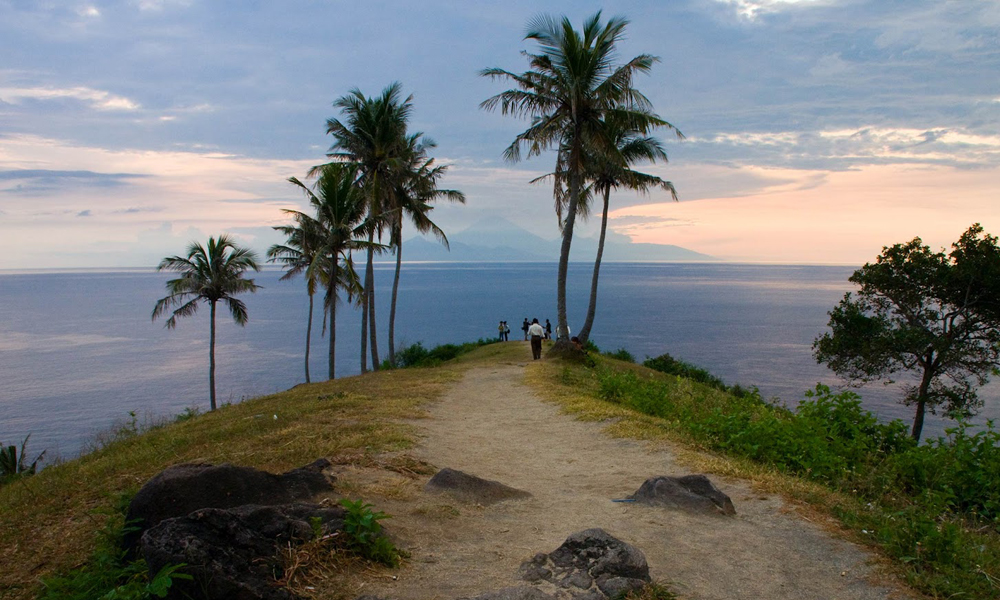 On the way to the port that will take you to Gili Trawangan, don’t forget to stop by at Senggigi Beach. The beach is beautiful, just like most beaches in Lombok. If you want to enjoy more beautiful panorama, drive to Malimbu Peak near Senggigi. From here the view of Senggigi Beach can be seen from the summit. The scenery is truly amazing and will spoil your eyes. The blue sea, the white sand of the beach, the green greenery and the height of the mountain unite to form an amazing view. 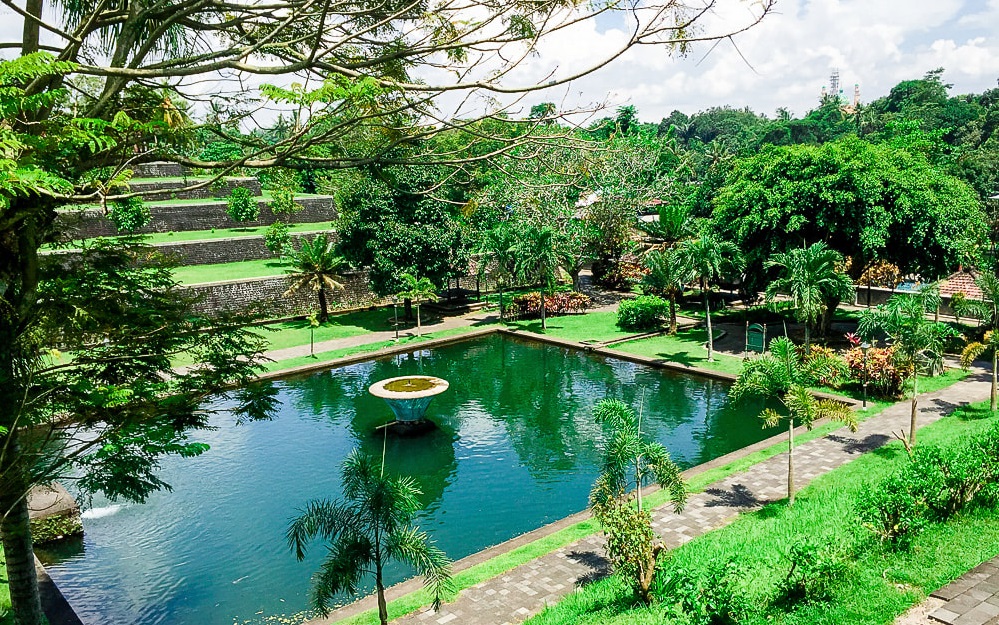 Narmada Park is an artificial garden that has a variety of beautiful gardens and ponds located in Lembuak Village, Narmada District, West Lombok Regency. Besides being beautiful and soothing, Narmada Park has a high historical value. It was first built in 1927. Initially, the Narmada Park served as a place to hold a special ceremony or sacrificial ritual. Until now, the ritual is still carried out by indigenous Lombok residents who are Hindus. In the ritual they throw things in honor of the guardian God of Mount Rinjani.

The Narmada Park is also used as a resting place for the royal family, especially during the dry season. This is because the park still has a soothing and beautiful atmosphere. The name Narmada itself is taken from Narmadanadi, a tributary of the Gangga that is considered sacred in India. In Hindu belief, water is a very important element that gives life to all living things in the world. 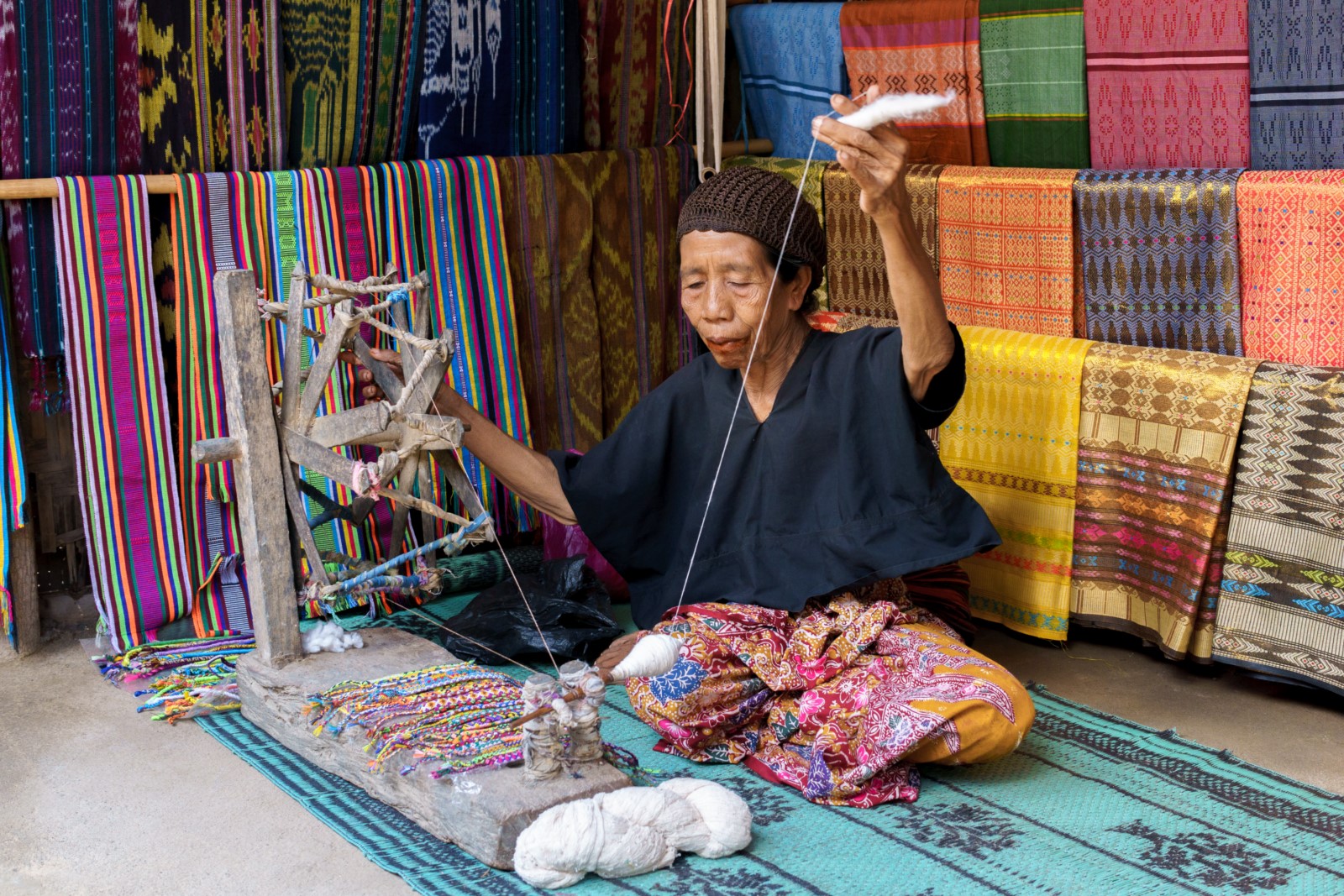 Woven or “songket” from Sukarara Village has its own characteristics with designs or motifs that are different from other woven fabrics in Indonesia. A very beautiful and artistic woven fabric that has an exclusive design produced by skilled hands of the women of Sukarara Village.

7. Mingle with the Sasak in Sade Village 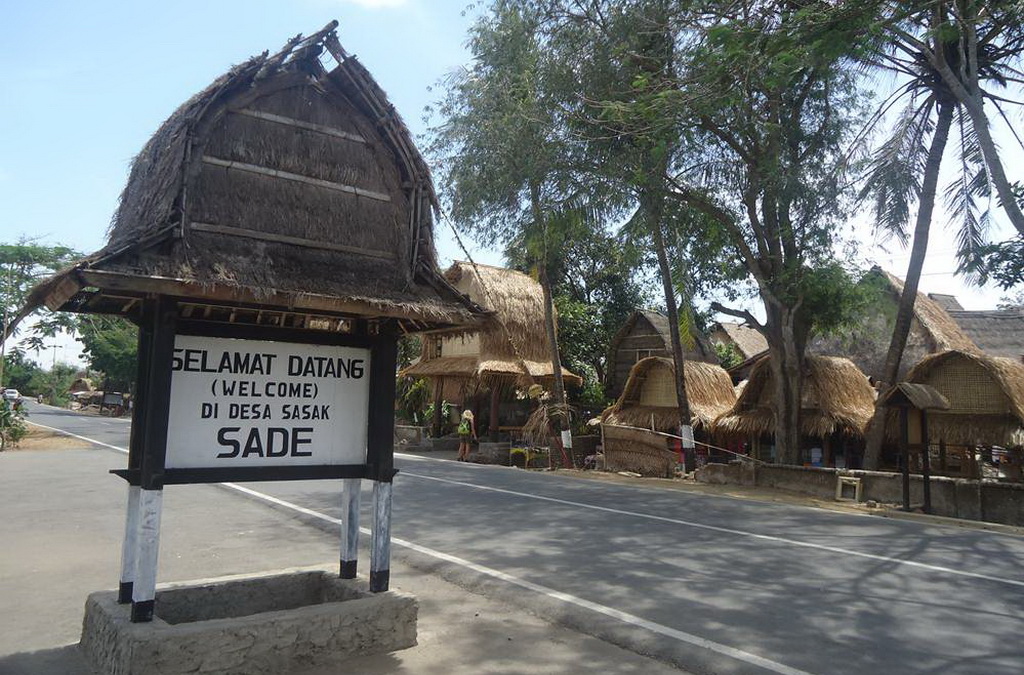 Sade Village is one of the villages with native inhabitants of Lombok, namely the Sasak tribe. The village which is located in Rambitan Village, Pujut sub-district, Central Lombok Regency is a small village in the southern part of Central Lombok which has become a tourist destination.

Because the population still maintains the integrity of the culture and lifestyle that has been inherited from their ancestors since 600 years ago such as the shape of buildings, customs, dances, music, fashion style and the use of daily lives equipment are still in traditional category.

In order to maintain tradition and be closer to nature, the buildings where Sade Lombok Village lives are all based on nature. The walls are in the form of woven bamboo, the floors are covered with clay and the roofs are made of weeds. They call the house Bale Tani. Sade Village is a truly reflection of the traditional village of Lombok’s Sasak Tribe. 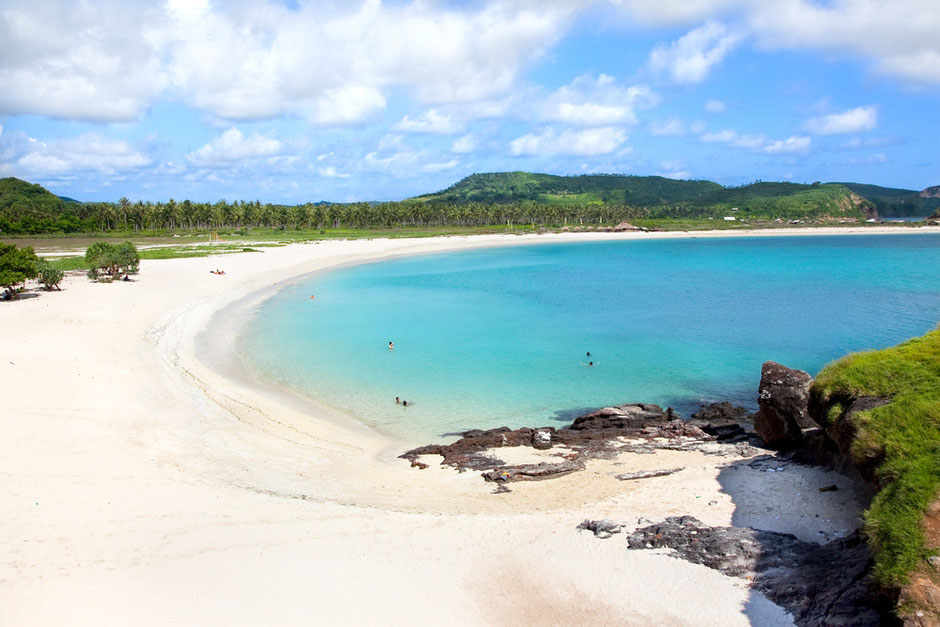 Unlike Kuta Beach Bali, Kuta Beach in Lombok has sand like pepper. Many visitors are amazed by its uniqueness. Kuta Beach Lombok is 73 km away and around 1.5 hours drive from Mataram City. Along the way to the beach you can enjoy the view and atmosphere of Lombok City which is still free from traffic jams and can also see the unique of Cidomo traditional transportation along the streets and traditional markets.

Upon arrival at this tourist attraction you will be welcomed by views of blue sea and the Mandalika hill which arise in the west of the beach. Another uniqueness offered by Kuta Beach is pepper-shaped sand that is hard to find on other beaches.

9. Watch Sunrise from the Peak of Mount Rinjani

Mount Rinjani is the second highest volcano in Indonesia with a height of 3,726 meters above sea level and belong to the 7th Summit of Indonesia. It is one of the favorite mountains of mountain climbers because of the beautiful scenery along the hiking trail. The vast caldera and the bluish in circles Segara Anakan make anyone tempted to climb this highest mountain in Lombok, West Nusa Tenggara.

There are a variety of different treks that tourists can choose, most of which last around 3-5 days. Many visitors to Lombok say that a hike to the top of Mount Rinjani is one of the best experiences to be had in Indonesia, but note that the trek to the crater is strenuous and you will need to be in reasonably good shape if you plan to attempt it. 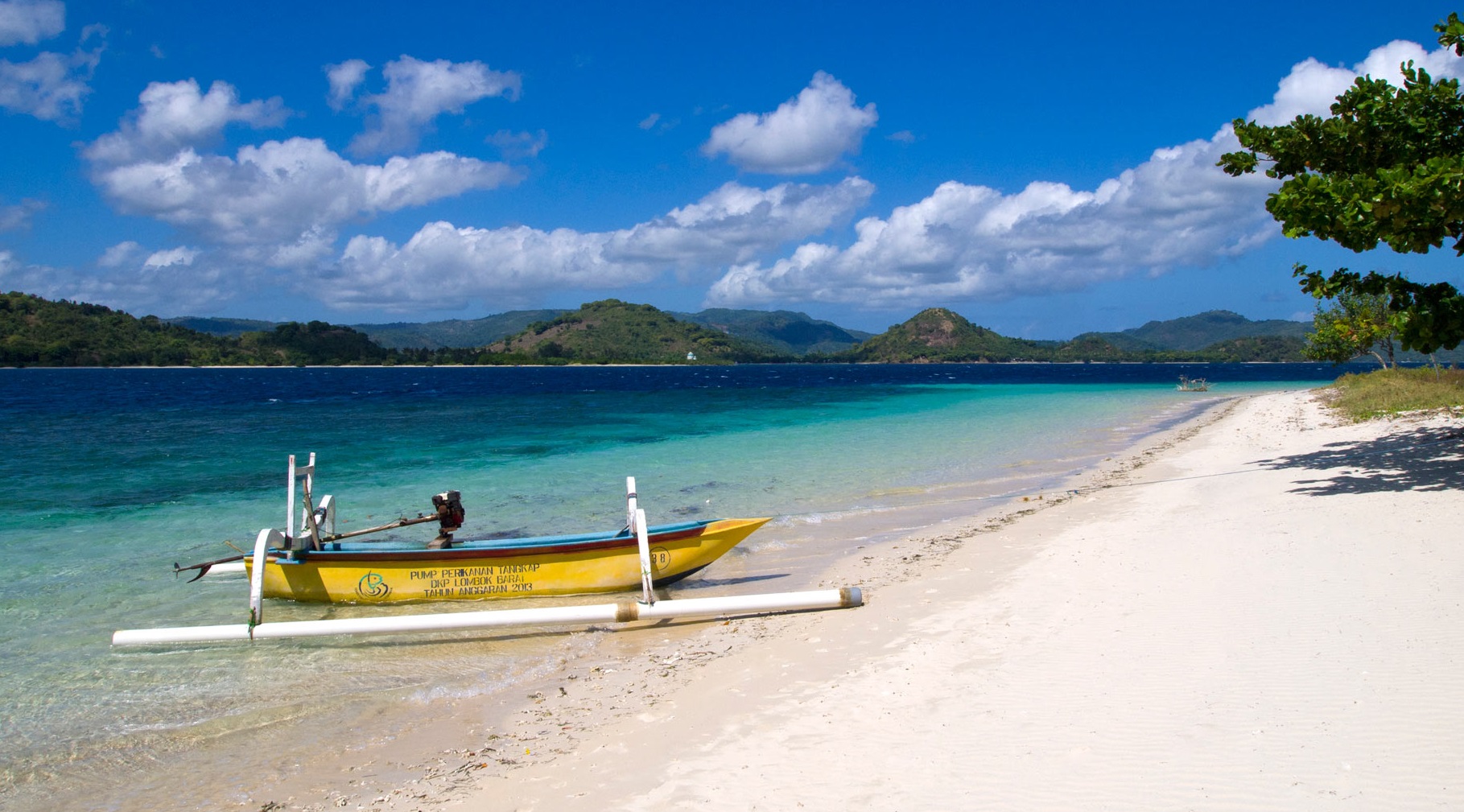 Sekotong is one of 15 sub-districts in West Lombok Regency. Here tourists can do trekking and climb small hills near the beach or do snorkeling. At the top of the hill, tourists can enjoy many beautiful sights. From the top of the hills, tourists can enjoy the seaside scenery freely. The view of Mount Agung in Bali can also be seen across the ocean. A number of islands (Gilis) that are quite close to the coast of Sekotong can also be seen.

Sekotong Beach is surrounded by rolling hills which are not far from the beach. The sea is blue and the beach has white sand. Sekotong Beach is still natural, pollution free and still rarely visited by tourists. But recently some accommodation facilities have been built for tourism. 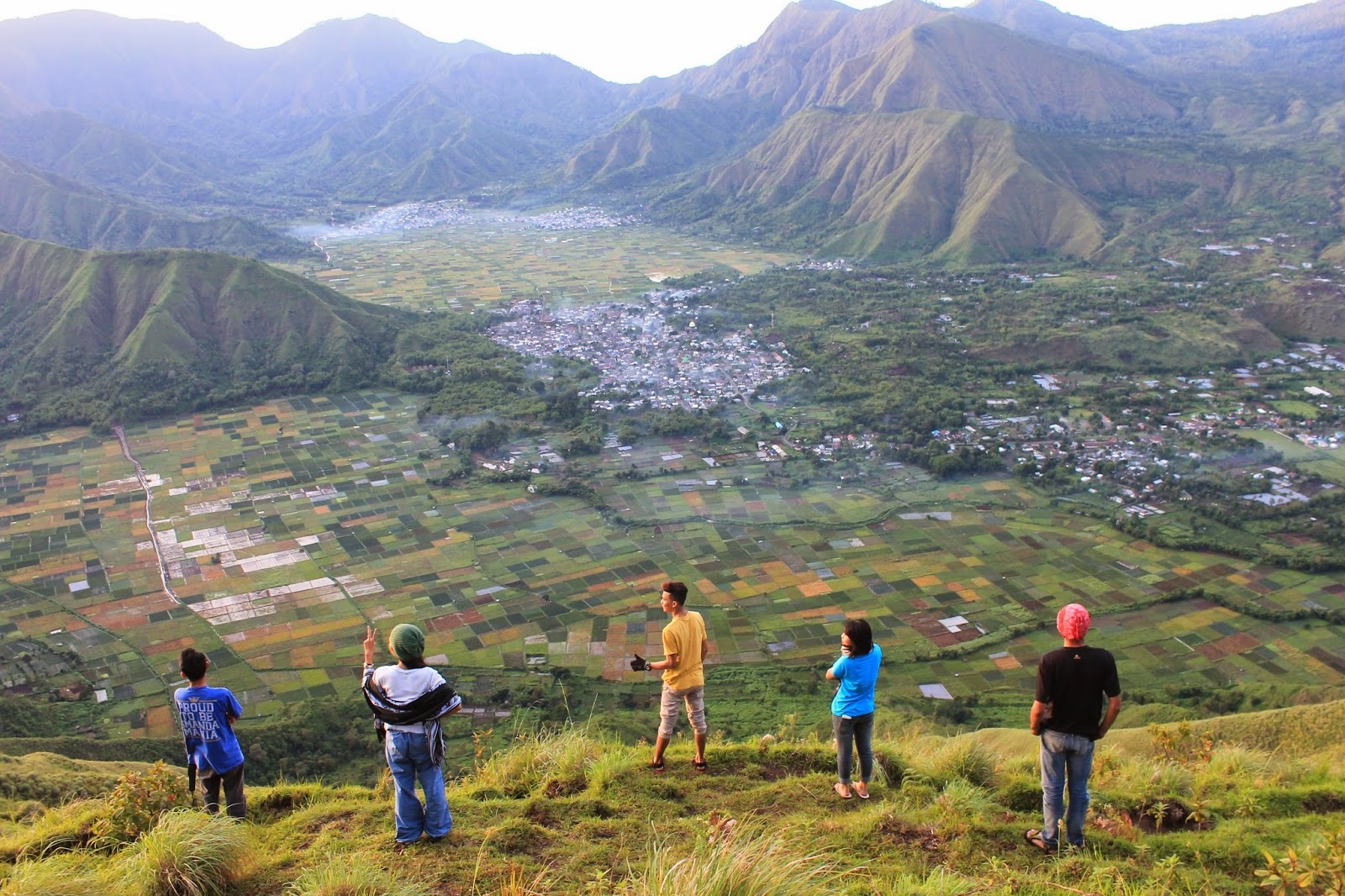 Bukit Pergasingan is a hill that stands firmly facing directly to Mount Rinjani. It has a height of 1,670 meters above sea level and only one quarter of the height of Mount Rinjani. So, this hill can be used as an alternative tour for those who want to enjoy the beauty of Mount Rinjani but don’t have enough time to climb the Rinjani or not strong enough trekking to the peak of Mount Rinjani.

To reach the top of Pergasingan Hill it takes approximately two hours. It would be nice if visitors start the journey in the morning. Although climbing here is classified as soft tracking, there are also some points with a slope of almost 70 degrees to watch out for.

The panorama tourists can enjoy from Pergasingan hill is a row of plots of rice fields that are neatly arranged as well as the beautiful view of Rinjani Mountain.

Lombok is known for its pretty waterfalls but one of the most famous ones is Tiu Kelep Waterfall. It is one of the waterfalls in Senaru, North Lombok which has a height of about 42 meters and located at the foot of Mount Rinjani, making the air in this tourist spot quite fresh.

The trek out to the waterfall takes around 45 minutes to an hour depending on how fast you walk. All the way to the waterfall you will pass thick forest trees which is still part of area of Mount Rinjani National Park. The majority of the flora that grows in this area are tropical plants such as Bajur Tree (Pterocarpus sp.), Ipil Tree (Insia biyuga), Sentul Tree (Sondarium), and Teak Tree (Tektona grandis).

“Tiu Kelep” comes from Sasak Tribe Language which means “flying pool” because on the location of the waterfall there is a pool that springs out of foam due to the swift flow of water.