10 Things To Do in Buton Island

Buton is one of the regions in the Southeast Sulawesi Province that has stunning natural beauty. This island is an area of several regencies with amazing nature and culture. It is part of the Buton Regency, Baubau City and South Buton Regency.

Buton is also one of the many natural beauties in Indonesia. This beautiful island has charming soft white coastlines combined with the waves. Not only the maritime, Buton offers many other natural beauties such as savannas, hills and waterfalls. Buton is also rich in stunning culinary and cultural heritage.

This time we will choose some places that you can visit on this island which is also well known as one of the largest asphalt-producing island in Indonesia. Here are 10 things to do in Buton Island.

Nirwana Beach is a perfect beach in Buton Island to enjoy the wonders of the stunning sea. This beach is very beautiful with gradations of sea water like crystal. The underwater beauty is also amazing. It is very suitable for snorkeling and diving activities and swimming as well.

The cliffs that surround the beach area will make you amazed. The beauty of this beach is truly like a soothing paradise. The facilities here are fairly complete. The mainstay attractions are located in the Village of Sula, Betoambari District, Bau-Bau. They have a number of facilities such as wooden bridges used as docks, lodges, restaurants to classy lodging. 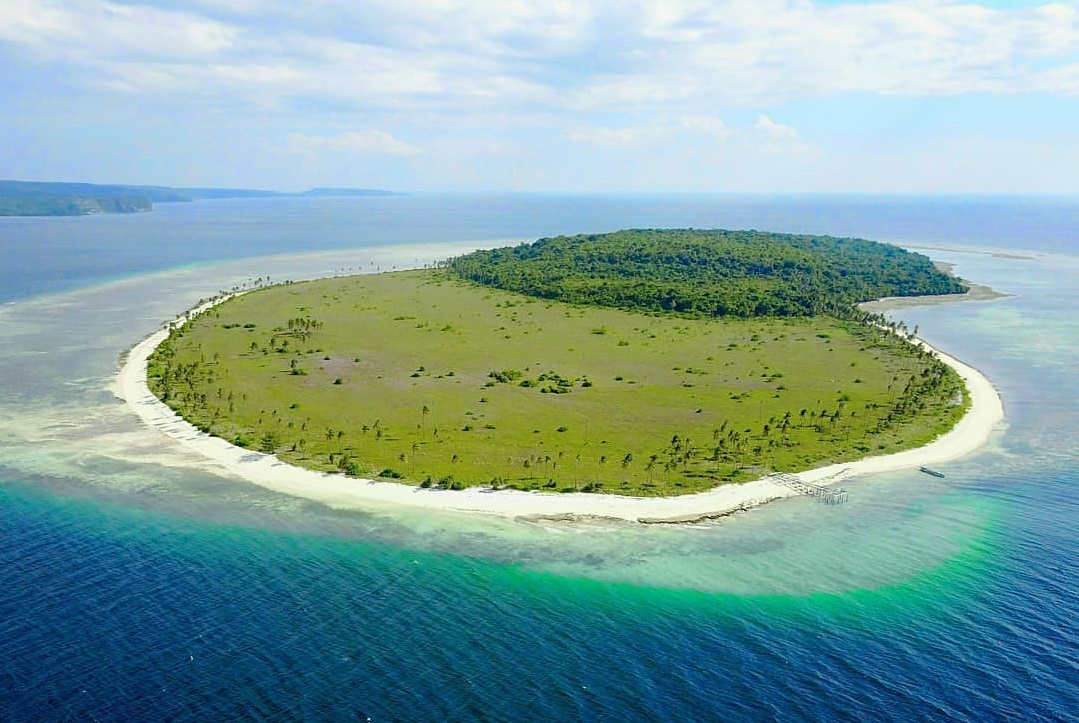 Next things to do in Buton Island is to explore a beautiful tiny uninhabited island, Liwutongkidi. This island has an area of around 1000 square meters and it feels like a private island.

White sand with its smooth waves that sweep the shore and the green trees scattered along the island makes Liwutongkidi infallible. The underwater nature of the island is also very amazing. The colorful coral and fishes at this location make diving activity so exciting.

Visiting Kalata Waterfall is an interesting thing to do for your next adventure in Buton Island. This waterfall has beauty and contour which is different from other waterfalls in Indonesia.

The shape is like a pond with high rock cliff walls making this waterfall very appealing for cliff jumping activity. You can swim and float to enjoy the green nature around the waterfall.

This waterfall is located in Wolowa Baru Village, Wolowa District, Buton Regency. To get to this location you should use a dirt bike or an off road tour vehicle.

This is one of the natural beauty in South Buton Regency. A beach called the Bahari which is very beautiful and clean. Before getting to this location, you can stop briefly on a beautiful hill that has a savanna and an amazing view.

Satisfied after enjoying the natural beauty of the savanna, about 1 kilometer journey you will find a beautiful beach called Bahari Beach. This beach is called Bahari because it is located in Bahari Village, Sampolawa District, South Buton Regency.

Residents around the Bahari coast are very friendly and ready to welcome your arrival. Arriving at the Bahari beach you will be greeted with views of white sand and stunning rows of cliffs. 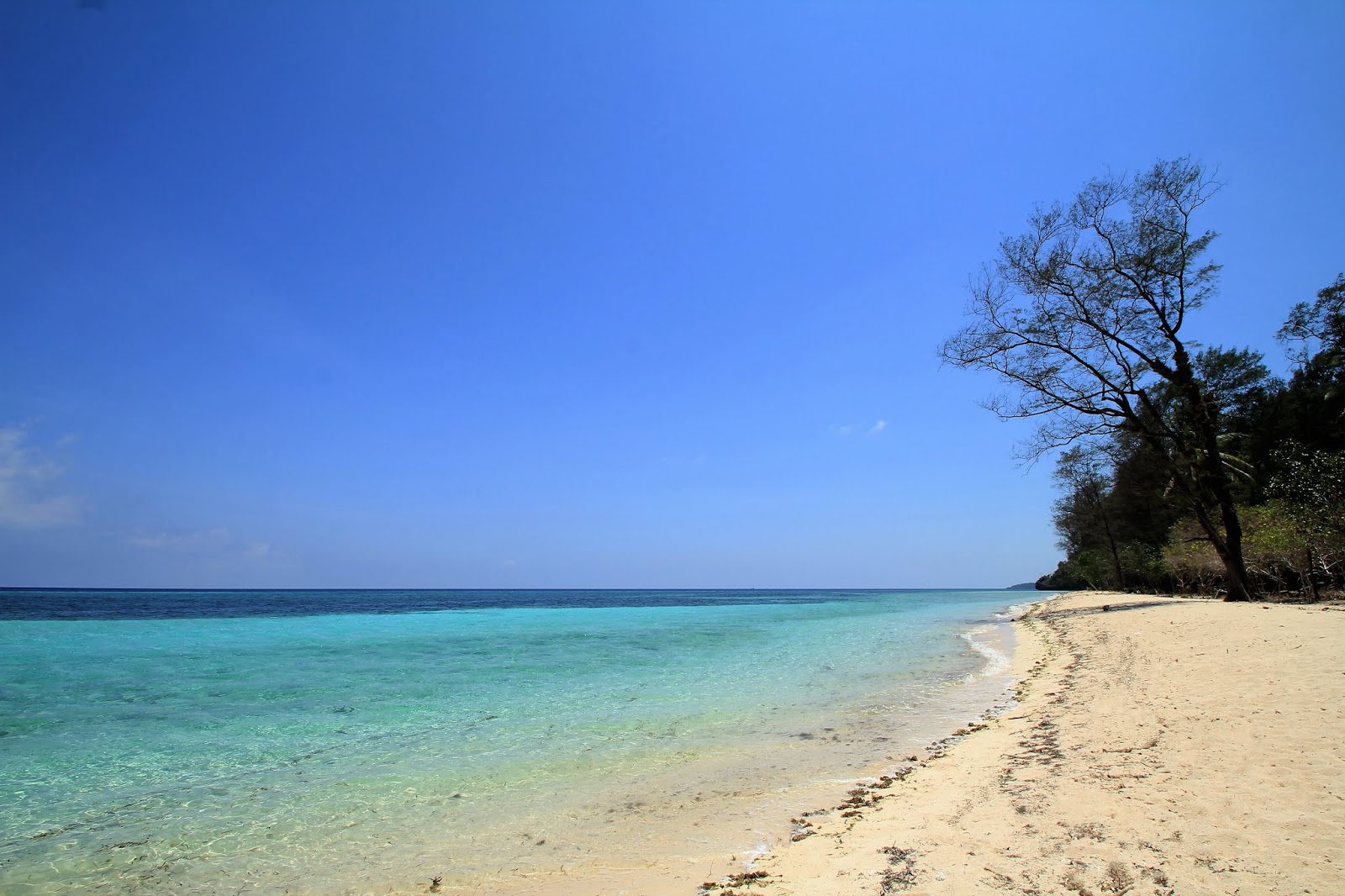 Koguna beach is one of main tourist attraction in Buton Regency. A beach that offers an enchanting atmosphere and view. This beach has fine white sand and shallow seas which make it very suitable for swimming.

The water is clean, the views of the vast sea and the gentle breeze of the sea will make you feel so relaxed. This beach is located about 40 kilometers from the city center of Baubau. The precise location is in the village of Mopaanu, South Lasalimu District, Buton Regency.

The beach has decent facilities. There are various food stalls, toilets and resorts. 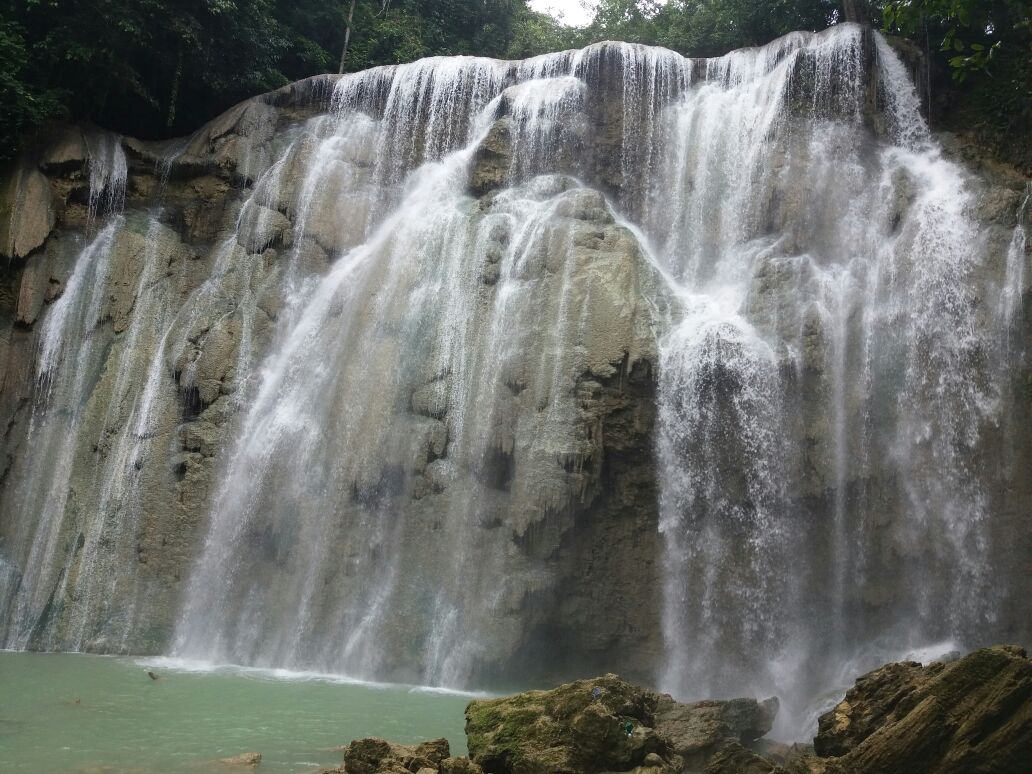 Another activity that you can do on the Island of Buton is to visit the Kandawu Ndawuna Waterfall. It is located in Wakuli Village, Kapontori District, Buton Regency. Located about 60 kilometers from downtown Baubau. 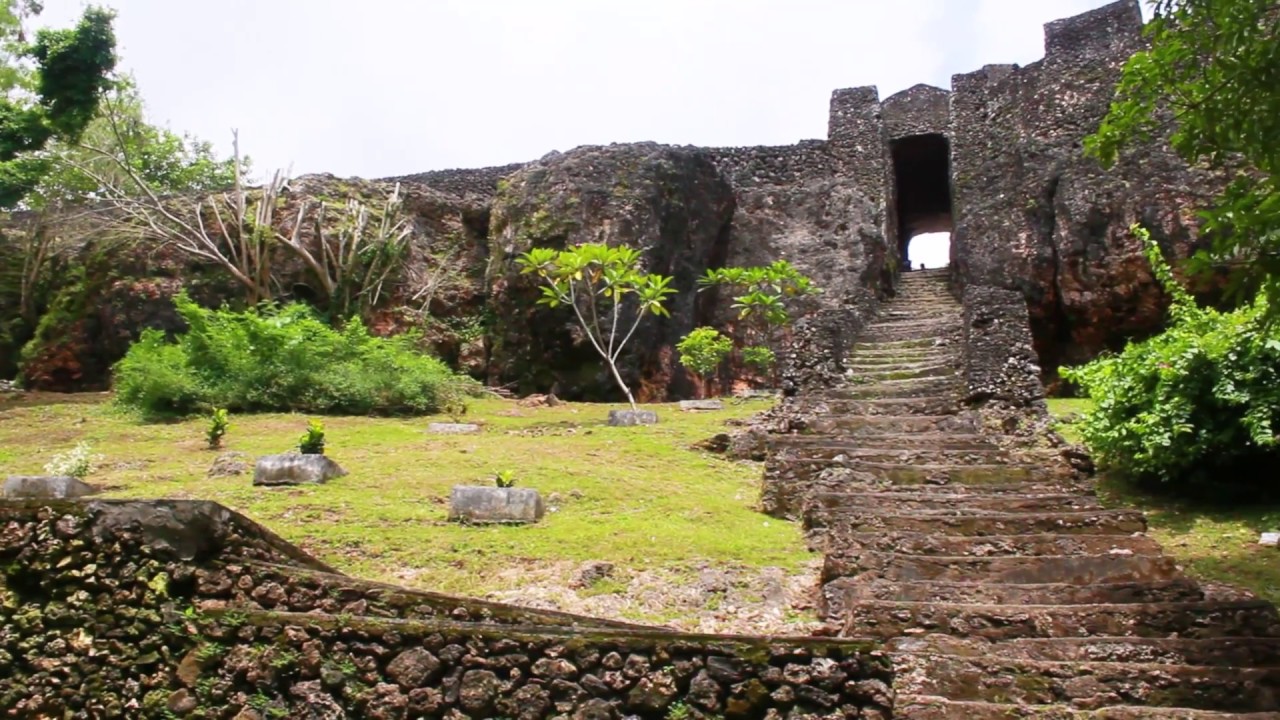 Buton Palace Fortress, originally the Wolio Palace, is located in Bau-Bau City, Buton Island. The Keraton Buton Fortress received an award from the Indonesian World Record Museum (MURI) and the Guinness Book of Record, which was issued in September 2006 as the largest castle in the world with an area of about 23,375 hectares.

Besides being the largest castle in the world, Buton Palace Fortress has also a unique shape made of limestone. This fort was used as a place of defense, but now it is a tourist attraction that displays the history of the Buton Sultanate with stunning views of the City of Bau-Bau. 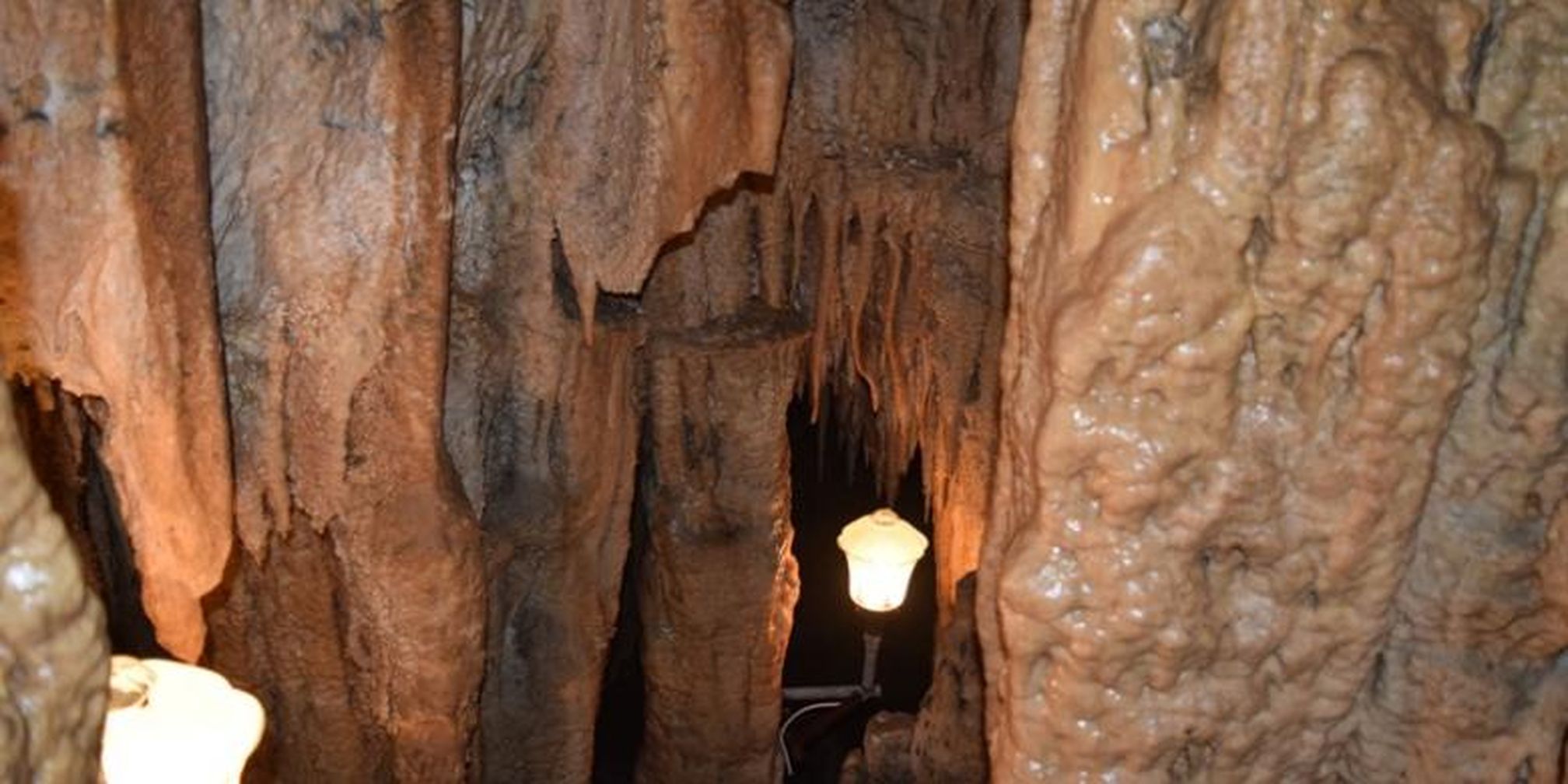 Lakasa Cave can be an alternative destination when visiting Buton Island. The cave was first discovered in 1999. The person who discovered this beautiful cave was a man named La Kasa. From this discovery, the cave which is located in the middle of a resident’s garden is named Lakasa to perpetuate the inventor.

There are three beauties offered by the Lakasa Cave. The first beauty offered is the number of stalactites and stalagmites. The second beauty offered is the presence of white crystals that grow slowly near a pond. These crystals look beautiful when viewed from a distance if exposed to light from a flashlight. The third, this cave also has a fresh bathing pool and the water never runs out when dry season.

The name Lambusango is more familiar among the British tourists than the Indonesian travelers themselves. This is a very natural forest in Buton, Southeast Sulawesi. It has an area of 65 thousand hectares.

Lambusango Forest, based on the status of the area, consists of a conservation area of 28 thousand hectares which is divided into two, namely Kakenauwe Nature Reserve and Lambusango Wildlife Reserve. While the rest, is a protected forest area and production forest.

Lambusango Forest is still very natural with many endemic animals. Some animals such as birds, cuscus, anoa, monkey ochreata brunescens and tarsiers as the smallest primate in the world. There are around 120 species of birds recorded in this forest, 36 of them are endemic to Sulawesi.

To explore this forest you have to travel about 2 hours from the city of Baubau. The location of the entrance is in Lambusango Village, Kapontori District.

Inside the forest, a path is prepared for those of you who want to do jungle trekking. And you should hire a guide to keep you safe. 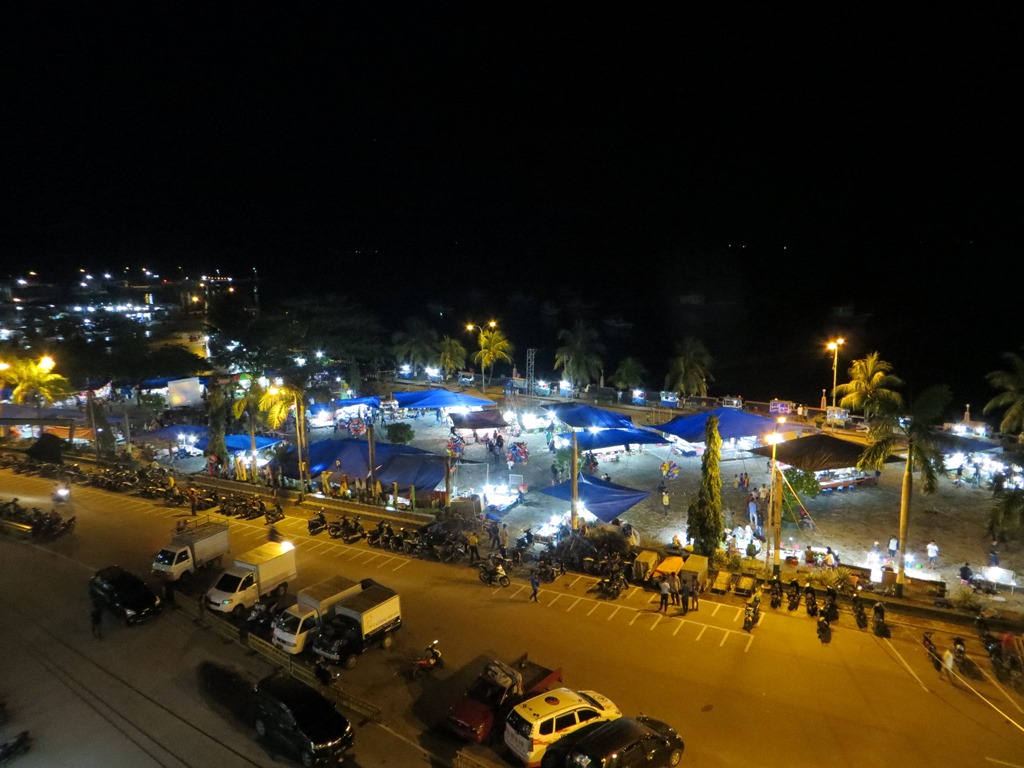 Kamali is a beach that has long been reclaimed by the Baubau City Government, Southeast Sulawesi. This beach has become one of favorite hangout place at night for the surrounding community. The night atmosphere of Kamali Beach may not be as bright as the atmosphere of big cities night, but this beach becomes a nighttime tour with family.

The cool sea breeze at night and the flickering city lights make this place feel so beautiful. This beach is located in the Wale village, Wolio District, Baubau City.

At night Kamali Beach is brightly lit by street and traders lights. Many traders sell everything from children’s toys to clothes, foods, drinks as well as shoes at low prices. At noon Kamali Beach is very quiet but when the night come it turns into a night market.