Unique Experiences Only in Indonesia

With over 13 thousands islands, the archipelago of Indonesia offers something for everyone. Not just the natural scenery, there are also some unique things in Indonesia that cannot be found in other countries. It is because Indonesia is on the equator and home to many different natural wonders and communities.

Here are some of unique experiences in Indonesia that you can encounter while having holidays in this beautiful country. 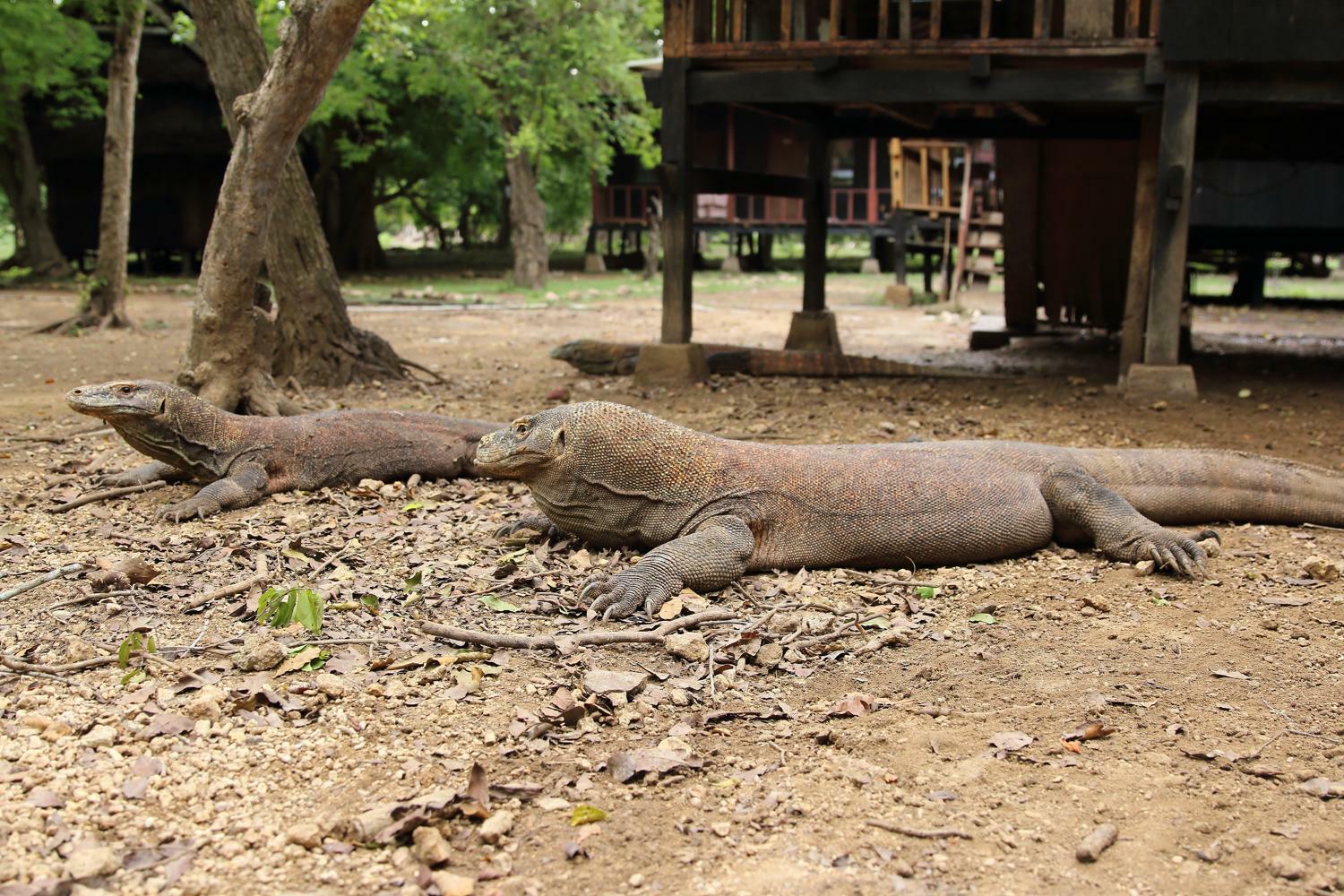 Komodo is an ancient species that is only found on five islands in Indonesia. Four of them are part of the Komodo National Park area which are the Komodo Island, Rinca Island, Gili Bontang and Gili Dasami. While the fifth island is Flores.

The Komodos live and roam freely in their natural habitat. On those island, tourists will encounter an unforgettable wildlife experience where they come face to face with the largest lizard in the world. Not only the Komodo, visitors can also enjoy the beautiful scenery, natural forests, hills as well as expansive coastlines in Komodo National Park.

2. Swim in A Lake Full of Jellyfish 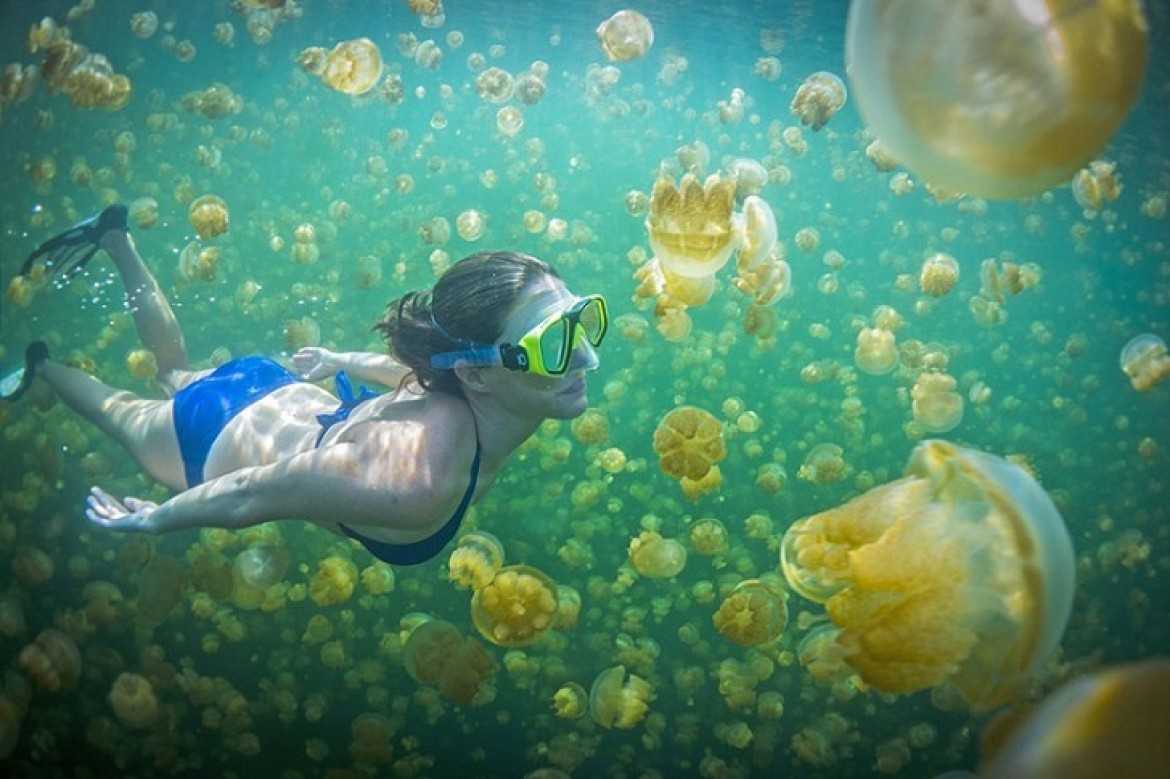 Kakaban Lake is located in East Kalimantan Province. Here, tourists can swim with millions of jellyfish from at least four different species. Don’t be afraid to swim with the jellyfish as they don’t sting.

This lake is formed in an unusual way, where the salt water is trapped in the lake. this typical living conditions have caused species to evolve in a certain way, so that all the jellyfish is stingless, some swim upside down and also some don’t have tentacles. Another unique thing is that the island is also covered by dense mangrove forest with colorful sponges developing under the roots. 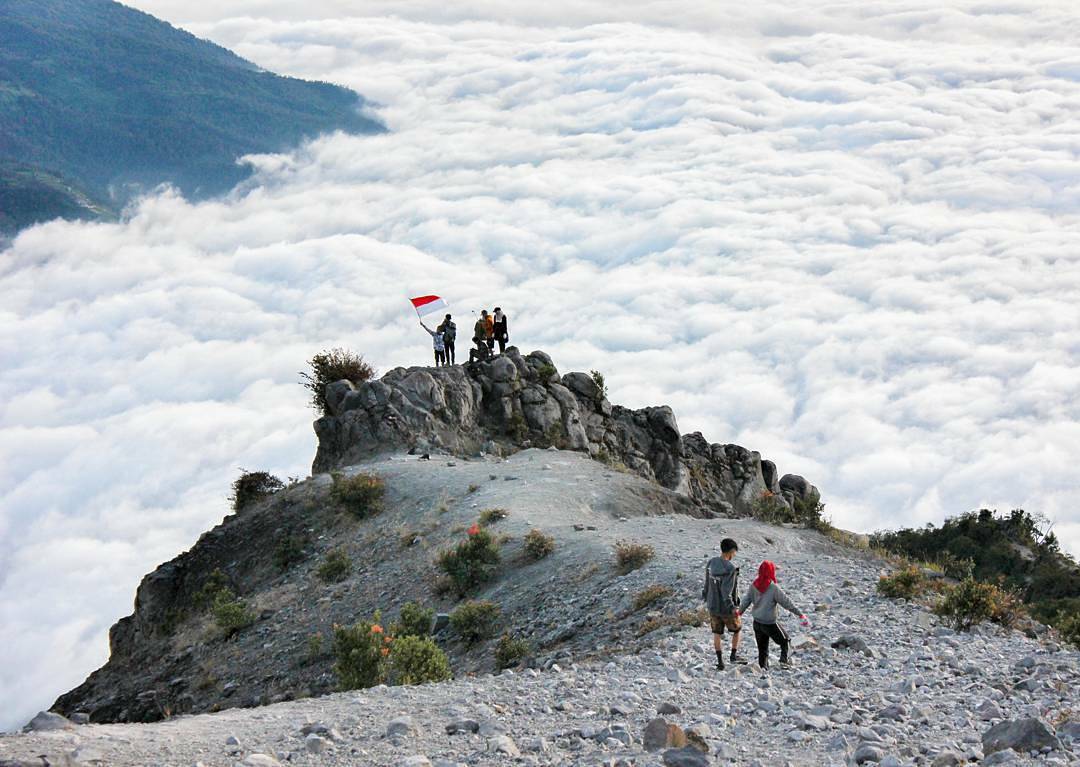 Indonesia is located in the ‘Pacific Ring of Fire’, one of the most active volcanoes location on the planet. In terms of quantity, Indonesia alone has around 13% of the world’s volcanoes.

For adventurous nature lovers, this means plenty of opportunities to do Indonesia volcano safari throughout the archipelago. Some of the most popular ones among the climbers are Mount Rinjani in Lombok, Mount Ijen in East Java, Mount Batur in Bali and Mount Bromo in East Java.

Moreover, active volcanoes have their own appeal among climbers because of the amazing crater views such as those on Mount Ijen, where blue fire phenomenon can be observed at night.

4. Dive in A Coral Triangle 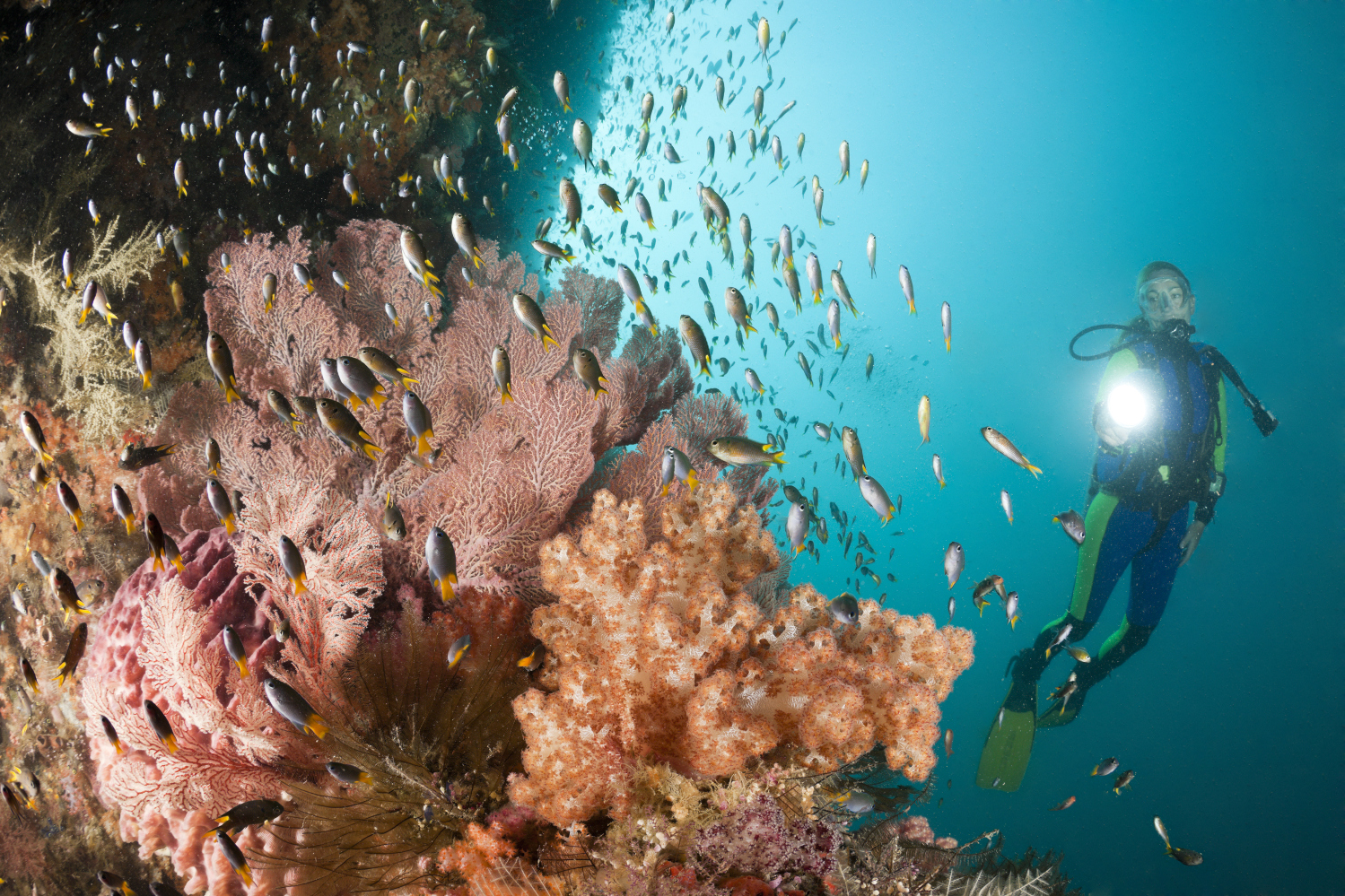 Eastern part of Indonesia is known as the center of the Coral Triangle, one of the largest marine biodiversity centers on the planet. Dubbed as the “Amazon of the seas”, this vast area holds more than 75 percent of the world’s coral species, as well as more than 2,000 species of fish.

For sea adventurers, this place is an amazing spot to enjoy a diverse marine ecosystem. There are many ways to enjoy the marine life from diving, snorkeling, swimming or relaxing at the beach resorts. Raja Ampat in Papua, in particular is one of the ‘richest’ places in the Coral Triangle Area. 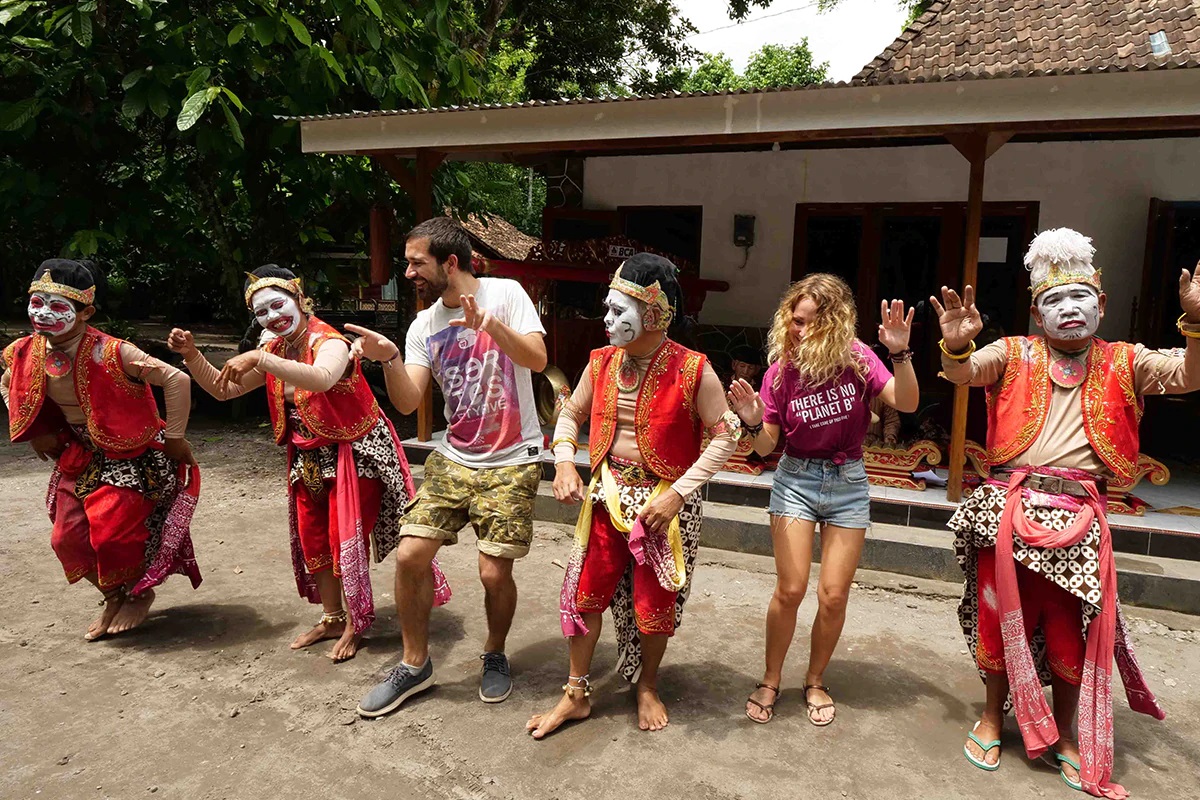 Indonesians are eager to share their skills and knowledge with tourists. In many cities, tourists can find a place to learn Indonesia’s traditional products, such as batik, silver jewelry, traditional food, ceramics and many other.

For example Ubud Village in Bali, is a popular place to learn traditional art. Plaza Ngasem in Jogja is also a great place to learn making batik, paint on t-shirts and make face silhouettes. A one-day class is a great way for tourists to try various activities and encounter possible unique experiences in Indonesia that they never been have before.

6. Find The Biggest Flower in The World 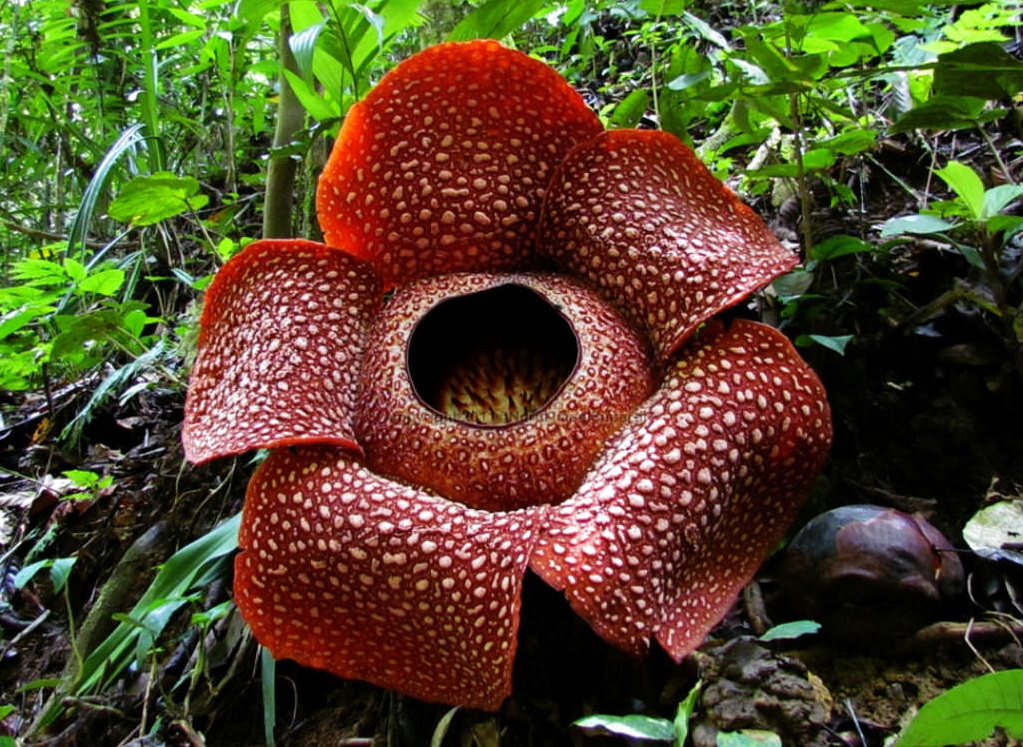 Indonesia is home to several rare and beautiful species, including the Rafflesia Arnoldii. This largest flower in the world can only be found in two habitats, which are the islands of Borneo and Sumatra.

Although it has the ability to grow more than 10 kilograms, Rafflesia Arnoldii is a parasitic plant that gets nutrients from its host plant. When Rafflesia Arnoldii in blooms, it emits a strong odor of rotten flesh to attract pollinating insects. That is why this flower gets the nickname of ‘corpse flower’. Even so, explorers, scientists and even tourists have traveled through the Indonesian rainforest to find this species in bloom. 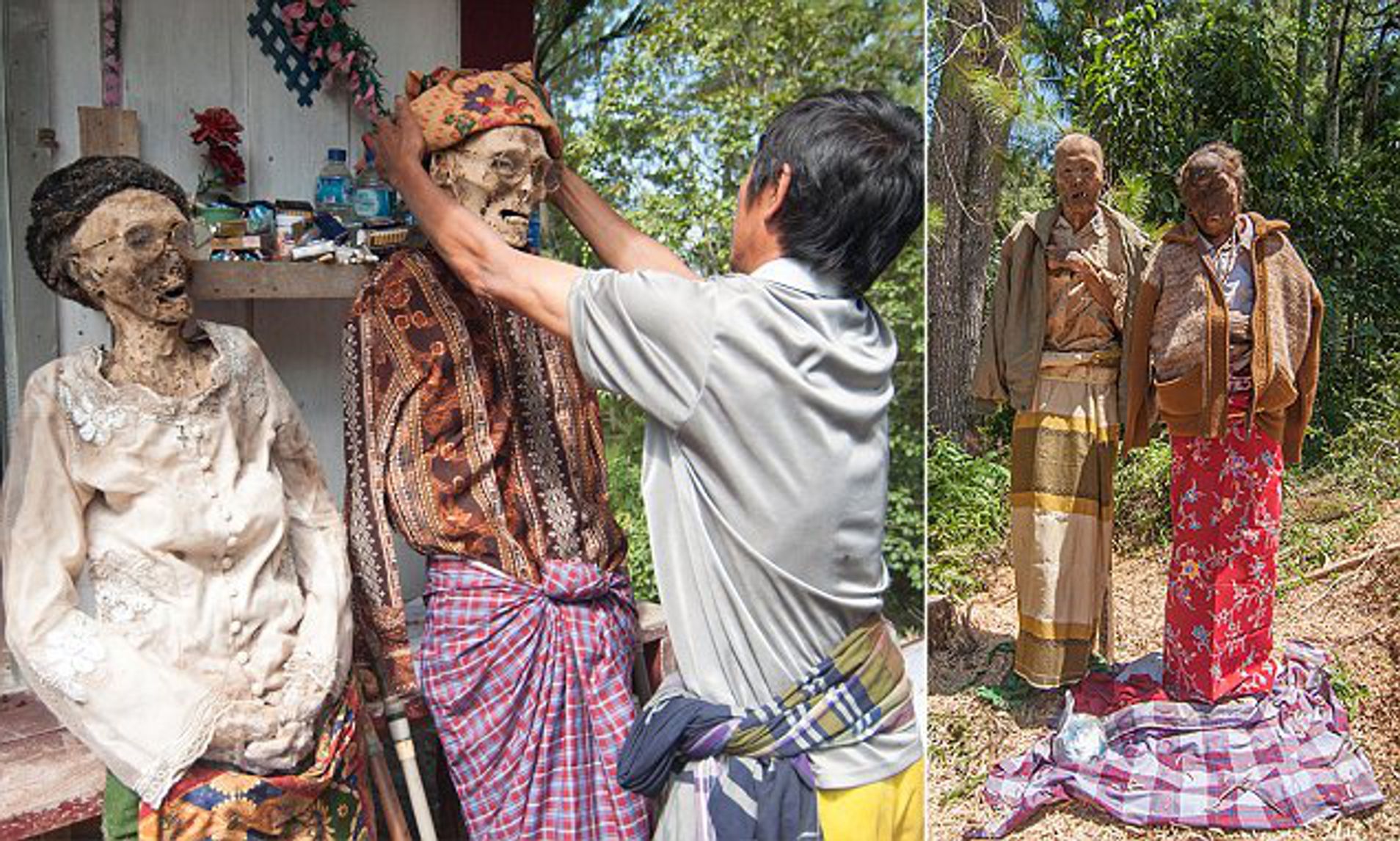 The death ritual of Tana Toraja community is truly fascinating. Every funeral procession, a warm party is held, with at least eight buffaloes and 50 pigs slaughtered. The animal is made offerings before the body is taken to a towering cave to be stored.

Once a year, the family will bring the bodies of their loved ones to home, bathed and dressed, then carry them around the city as if they were still alive. Some lucky tourists have even witnessed a corpse walking on its own. It’s an impressive sight, especially with the background of the towering burial place and the mountain views. 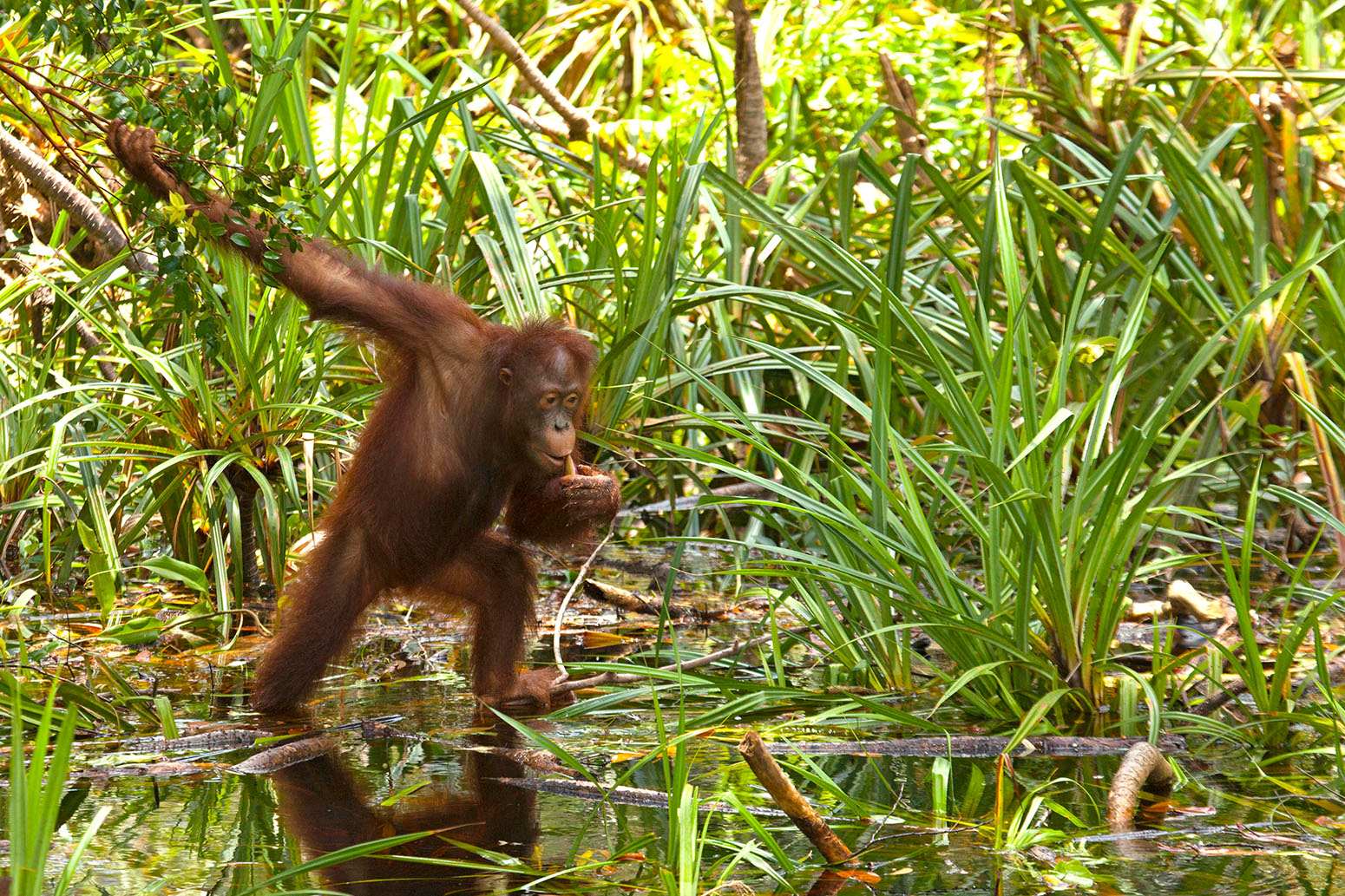 Other unique experiences in Indonesia you can explore is to visit the orangutan. Human-like primates can only be found in the rain forests of Borneo and Sumatra. Tourists can learn and meet face-to-face with adorable orangutans, but are currently endangered, in Tanjung Puting National Park. There, they are protected in their natural environment. The park also has many other primate species, which cannot be seen anywhere else.

The Tanjung Puting National Park is the world’s largest wildlife sanctuary for orangutans with an estimated population of 30,000 to 40,000 orangutans. The designation of this area as a wildlife reserve is to protect the habitat of endangered orangutans. The biggest threats that can damage the ecosystem and habitat of these rare primates include large-scale deforestation and illegal forest exploitation.

9. Visit The Biggest Buddhist Temple in the World 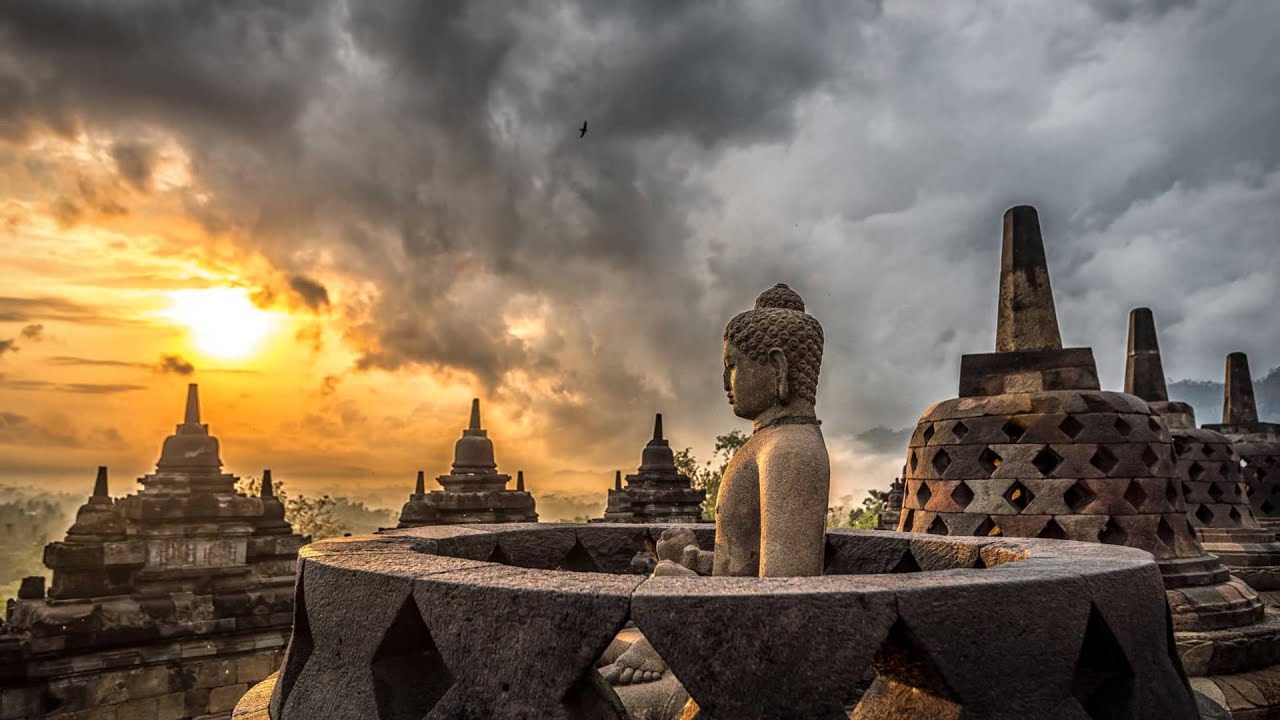 The Borobudur in Central Java become the largest Buddhist Temple in the world and designated as a UNESCO World Heritage site in 1991. The Borobudur Temple is also part of the seven wonders of the world.

This large 8th century temple complex is a blend of religion, culture and historical beauty. Borobudur is one of the greatest Buddhist monuments in the world and has thousands of statues depicting the life story of the Buddha. The monument is located in the Kedu Valley, in the southern part of Central Java, at the center of the island of Java.