Bali is one of favorite destinations for tourists, both from domestic and international. Because Bali is so popular and many visitors come, entrepreneurs are also fascinated to open cafes and restaurants business in Bali.

But tourists are more familiar with the names of popular cafes in Bali compared to the names of traditional Balinese foods. And of course Bali also has a variety of special foods that you must taste while on vacation.

Here are 10 traditional Balinese foods you need to try that will guaranteed make you addicted: 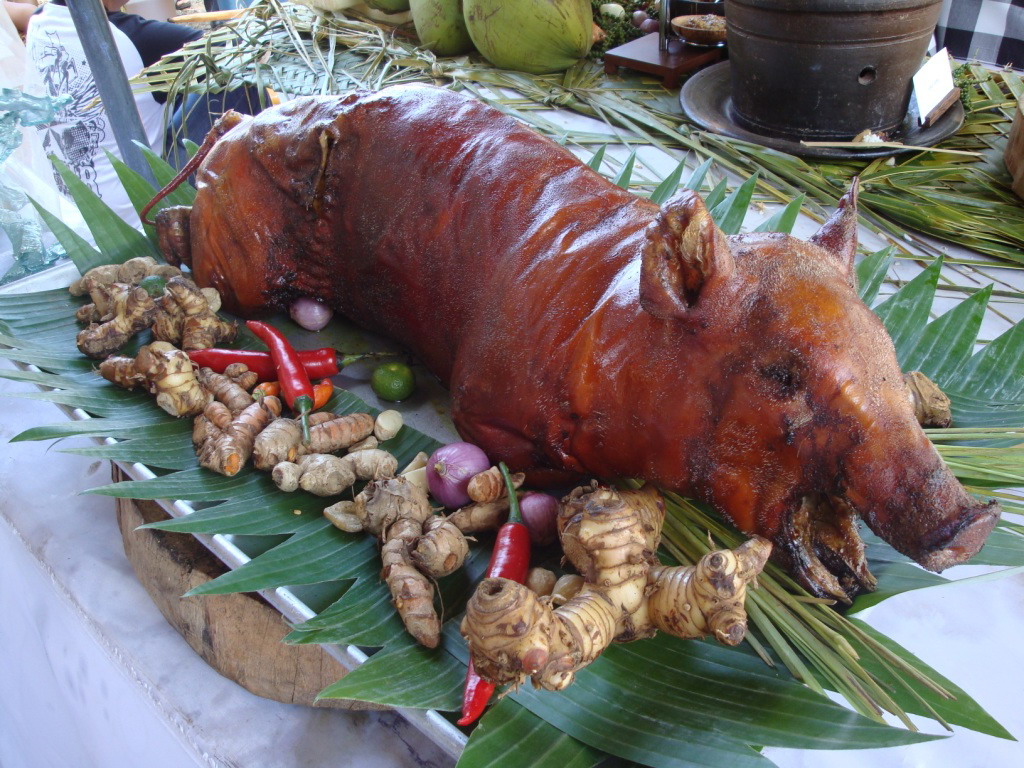 Everyone must have heard this traditional Balinese food, the Suckling Pig. It is made from piglets which its stomach is filled with herbs and vegetables, such as cassava leaves, then roasted by twisting the pig until done.

Initially the Suckling Pig was used for traditional or religious ceremonies. But now, it can be found easily in various restaurants, food stalls and hotels in Bali. The most famous Suckling Pig come from the Regency of Gianyar. 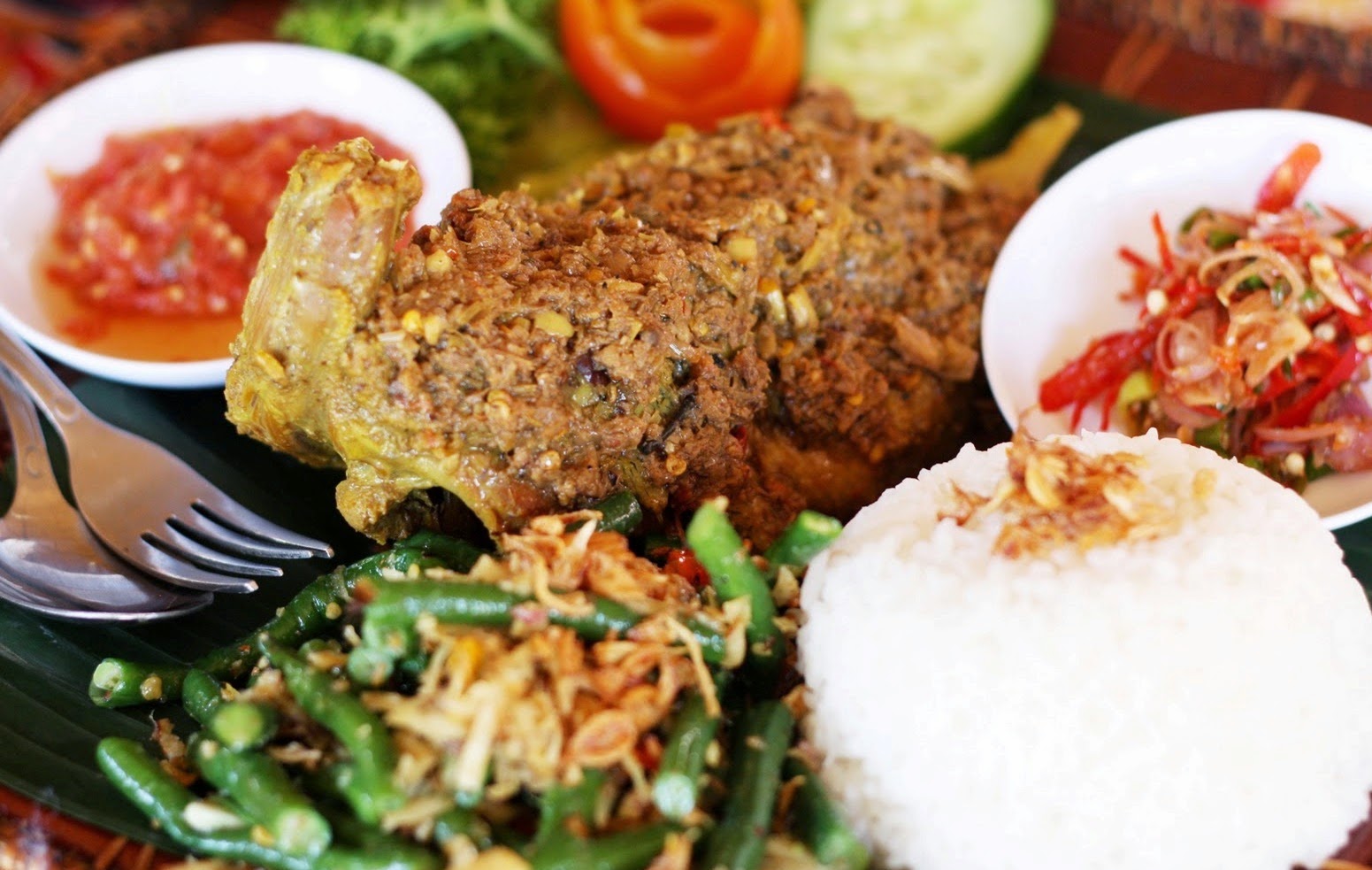 It is said that Betutu Duck or Balinese Roast Duck is one of Balinese Kings favorite food in the past. The way of cooking it is quite unique. The duck meat that has been seasoned must be massaged first. With a massage the duck meat will become soft and spices will seep to the bone. Ducks that have been massaged then wrapped using banana leaves or areca leaves and then roasted in a husk fire.

The process of cooking Betutu Duck takes hours so that the ducks are only cooked when there are traditional events and religious ceremonies in Bali. Other than Betutu Duck, there is also Betutu Chicken. The difference between the two is only the meat. One of the best betutu producers is from Melinggih Village, Payangan District, Gianyar Regency. 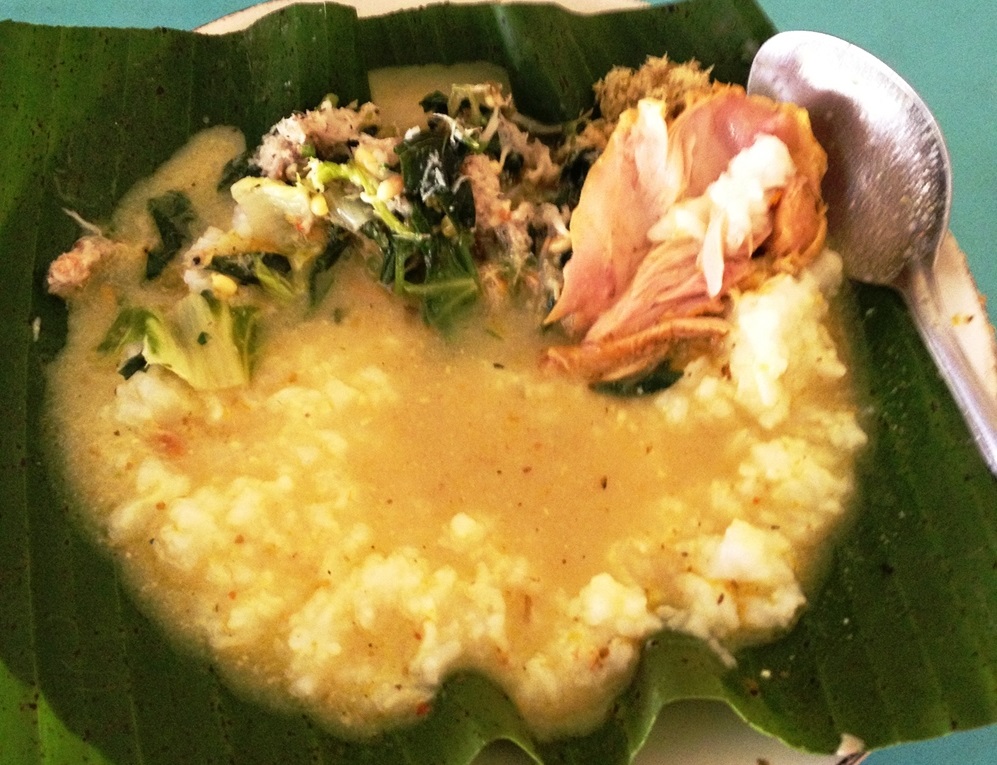 Mengguh is a porridge originally come from northern Bali (Buleleng) which is often served during traditional ceremonies. It is actually a kind of cereal. Mengguh is made of rice and coconut milk served with shredded chicken and then doused with thick chicken soup and urab vegetables (fresh salad) which is served separately. The flavor is very complete, the combination of savory and spicy taste. 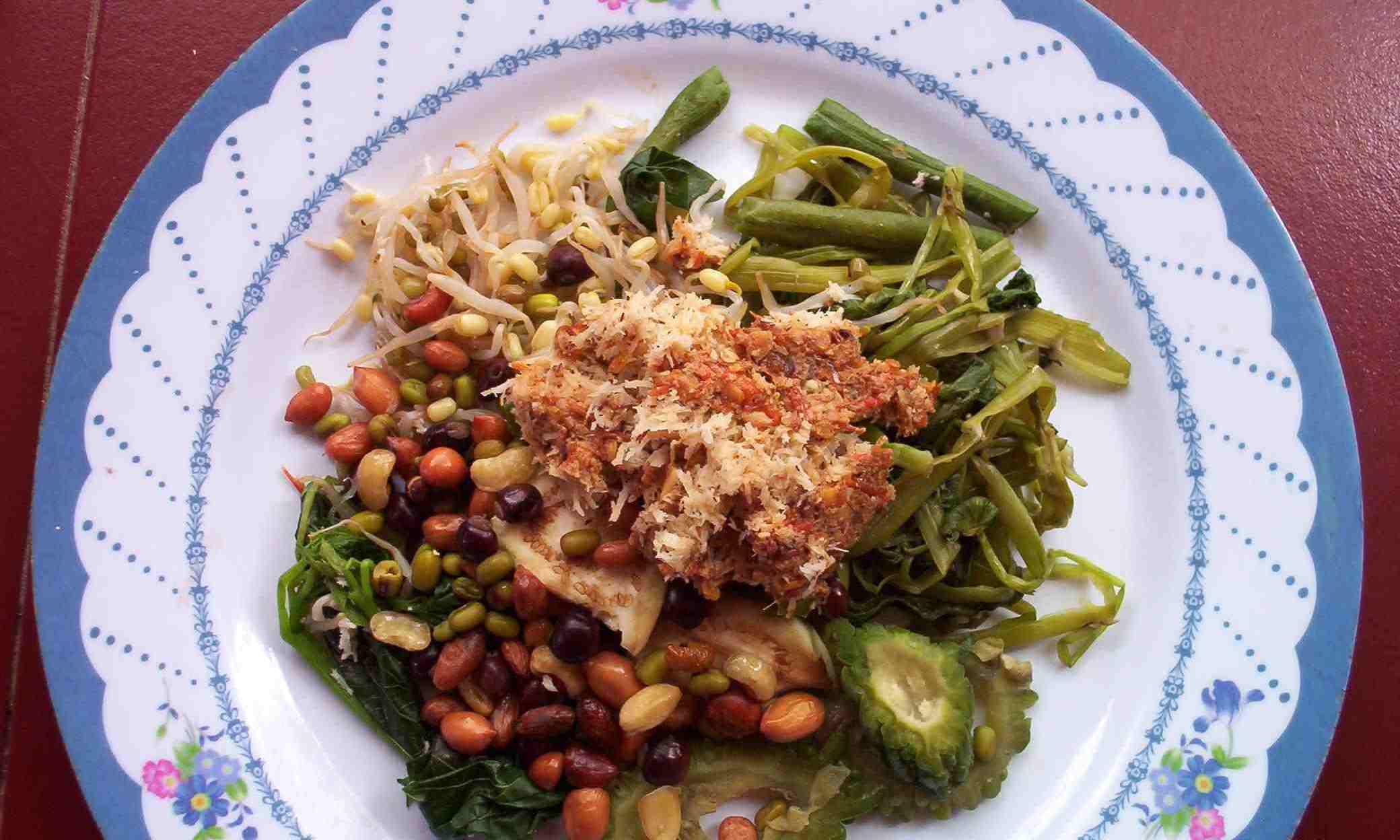 Serombotan is typical vegetable of Klungkung region, mix of vegetables such as water spinach, long beans and cabbage then given spices called kalas. Kalas itself is coconut milk which is mixed with mashed turmeric, onion, garlic, coriander and a little galangal, then cooked until thick. The kalas is the characteristic of serombotan. This srombotan should be served with peanut and spicy seasonings mixed evenly. 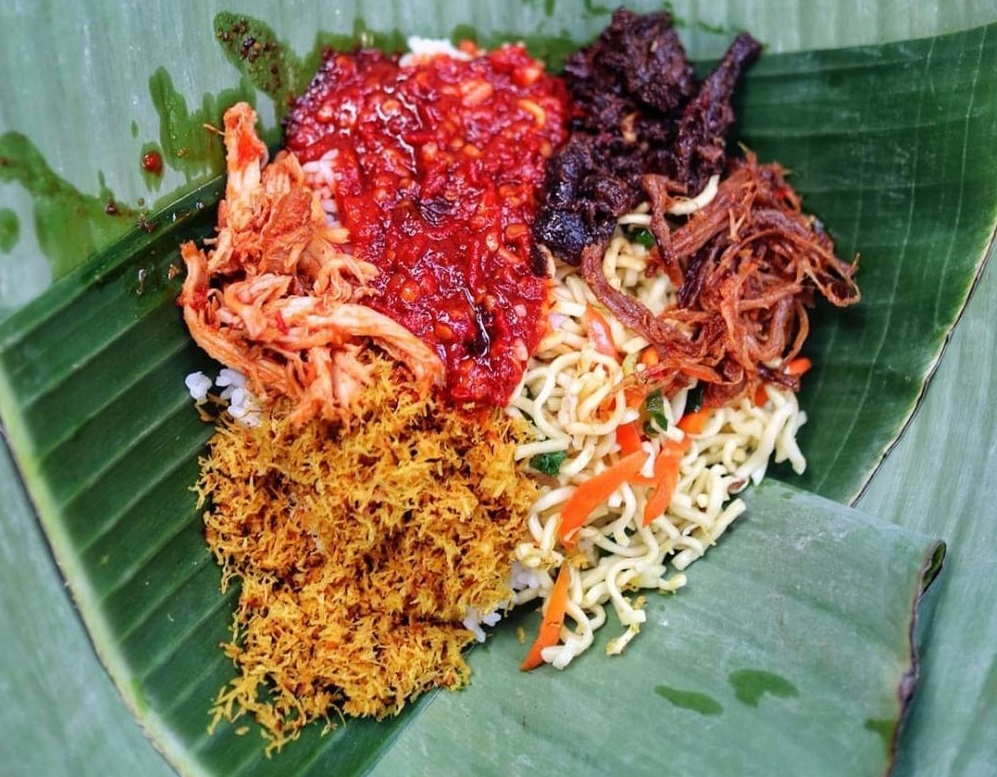 Nasi Jinggo or the Jinggo Rice is typical Balinese food which is white rice served in a banana leaf wrapper with side dishes and condiment. The rice is served just the size of a fist and the side dishes are usually fried condiment, fried coconut flakes and shredded chicken. It is said that the word jinggo (jenggo) comes from Hokkien “jeng go”, which means fifteen hundred. Before the monetary crisis in 1997, this jinggo rice was indeed sold at IDR1.500 per portion. 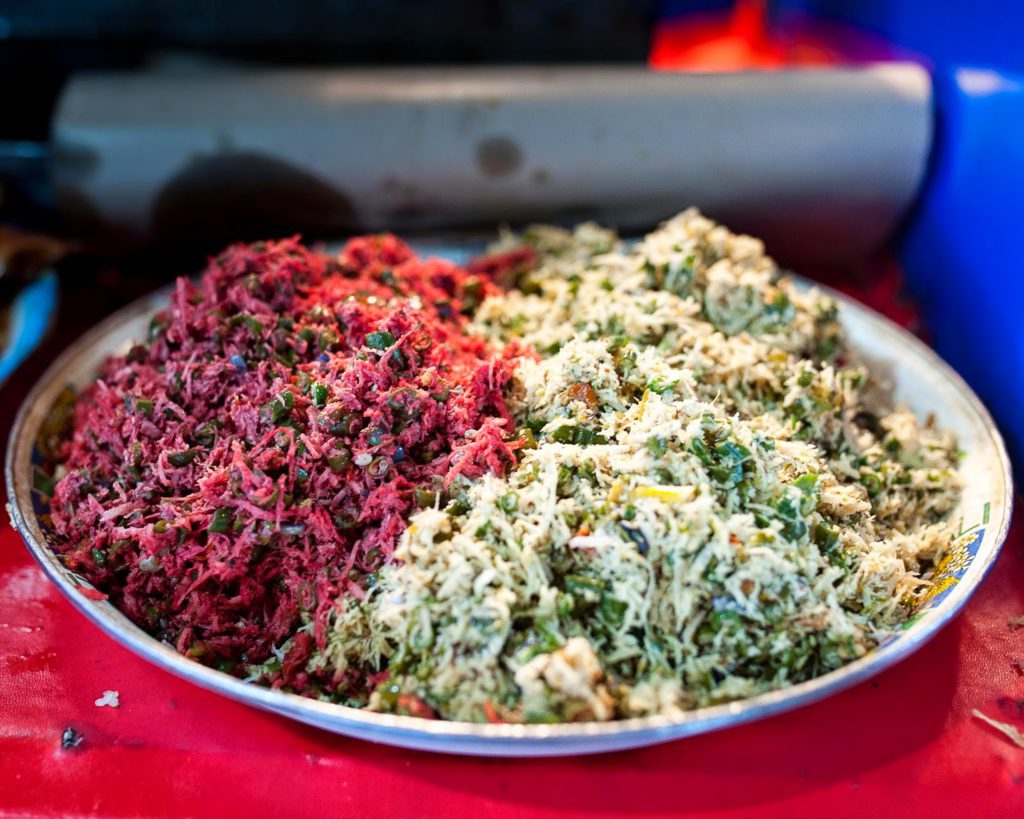 Lawar is a dish made from mixture of boiled vegetables, grilled coconut and mince. The meat used can be beef, pork, chicken, duck or turtle. While for the vegetables are usually young jackfruit, young papaya, castor leaf and beans.

There are various kinds of lawar. When viewed from the color, there are white lawar and red lawar. Red lawar is a lawar that uses a mixture of blood from the meat used. There are also lawar named after according to the type of meat or vegetables used, such as “pork lawar” and “jackfruit lawar”. 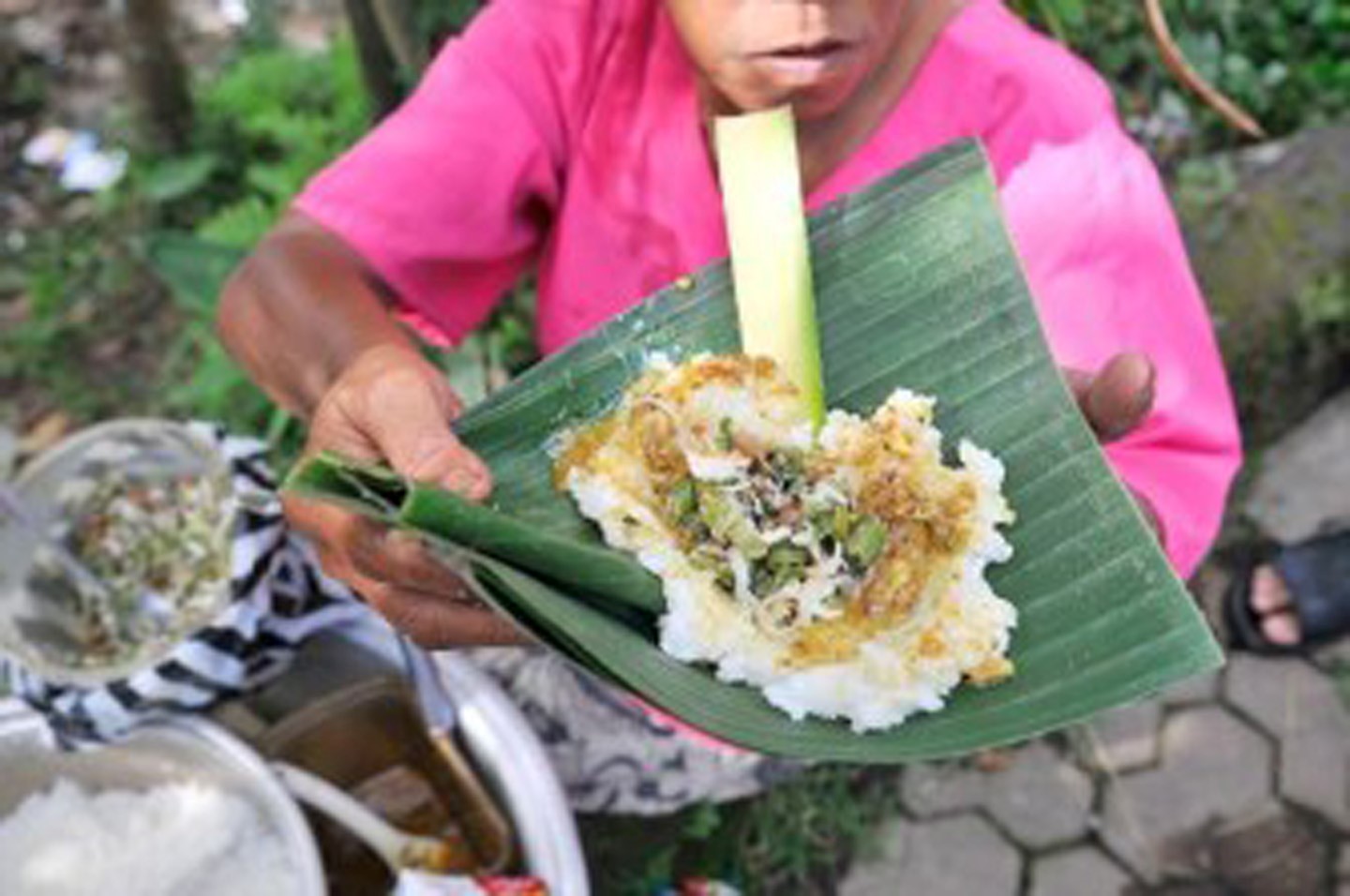 Tepeng rice is a traditional Balinese food from Gianyar region. The taste is spicy because it is cooked with a complete spices, which is a complete mixture of spices and herbs. Tepeng rice is served with vegetables such as long beans, red beans, young jackfruit, eggplant, moringa leaves and grated coconut. Tepeng rice which is usually served using banana leaves is one of the must-have breakfast dish for residents of Gianyar. 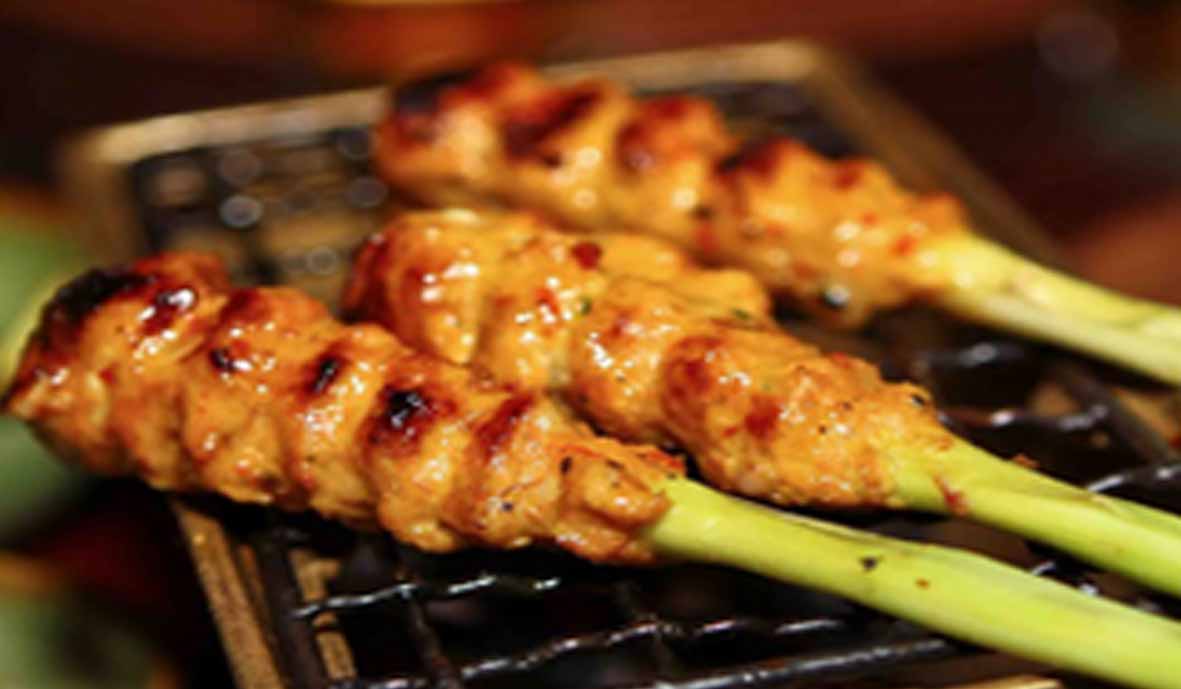 Satay Lilit is made from mashed fish and then given flour and typical of Bali spices. Satay Lilit is made by wrapping fish meat on lemongrass stems. The taste is very distinctive, a blending between spicy, fragrant, sweet and savory with the aroma of lemon grass. Not only delicious, the Satay Lilit is also healthy because of low fat. 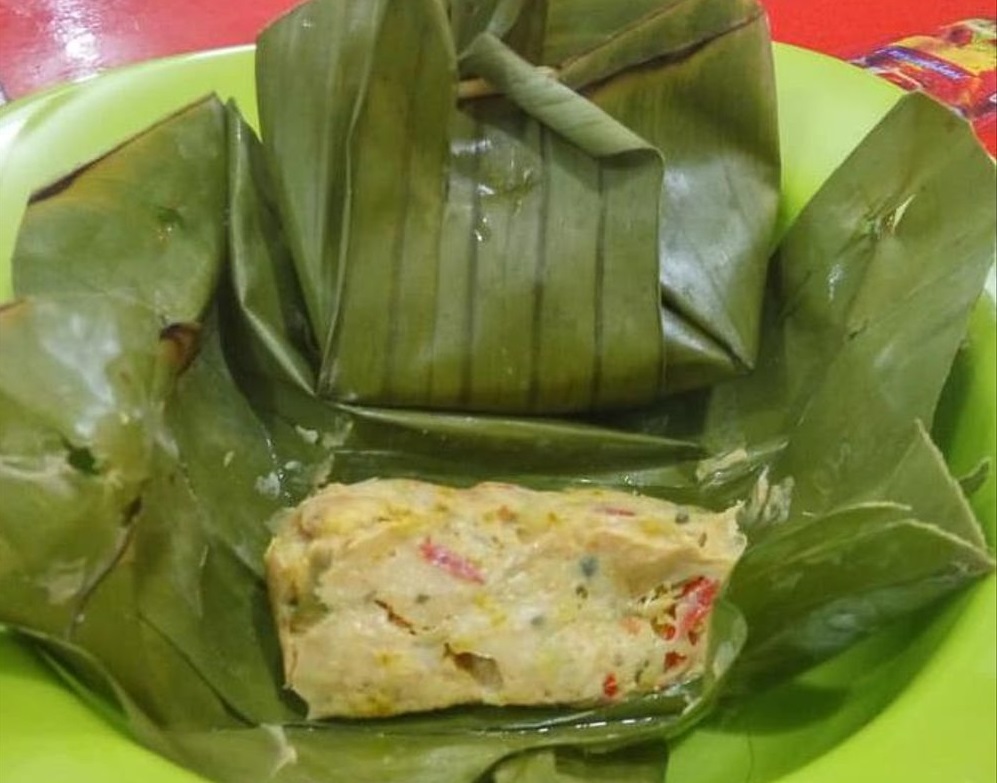 Chicken Tum is a traditional Balinese food that is made from chopped chicken meat which is seasoned with various spices and coconut milk, then wrapped in banana leaves and steamed. You can eat it with rice or rice cake. 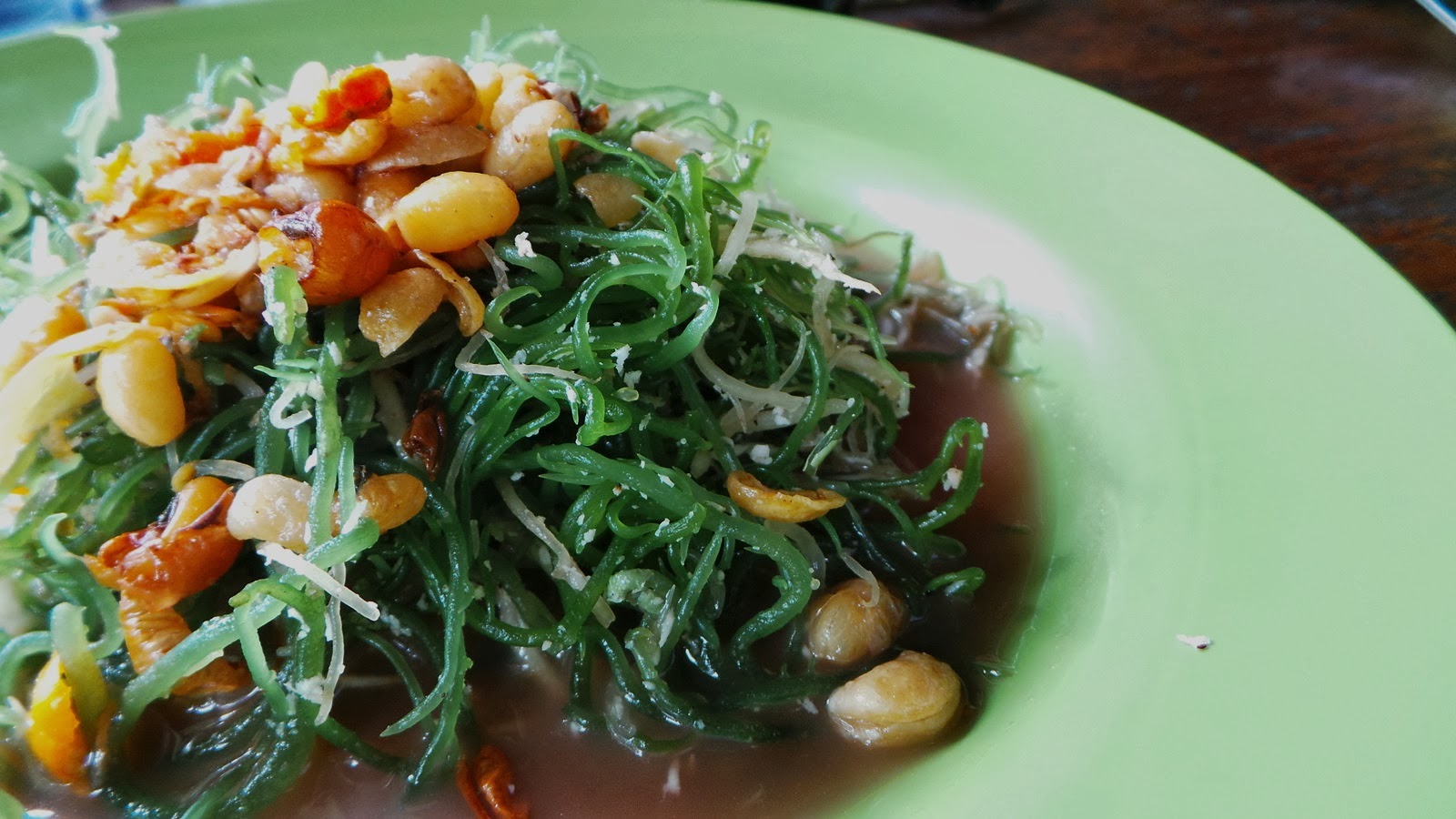 The next traditional Balinese foods you need to try is the Rujak (Salad) Bulung. If salad is usually made of fruits, then Bulung is apparently made from seaweed doused with boiled fish soup, mixed with other ingredients such as fried soybeans and fried grated coconut.

Serangan Village in Denpasar region is one of seaweed producer, so to utilize the abundance of seaweed, other than being exported, it is also become a consumed dish like the Rujak Bulung. The green seaweed has high fiber nutrition so many people like it.