Indonesia has so many stunning beaches. The warm touch of the waters and exotic tropical views around inspire anyone to admire them. No wonder that one of the Indonesian beaches, Nihiwatu Beach in Sumba, East Nusa Tenggara Province is included on the list of top 20 of the 100 most beautiful beaches in the world released by the CNN.

Sumba Nihiwatu Beach which is ranked 17th for the most beautiful beaches in the world, is also known for the best place to enjoy sunset in Sumba. The sunset view is very charming and even better with clear sea water and sandy beach. Nihiwatu Beach even managed to beat the beauty of the famous panorama in Hawaii, Hanalei Bay.

This beach does have a quiet and comfortable atmosphere so it is suitable for those who want to be alone and enjoy the atmosphere of the beach. This is because the location of Nihiwatu Beach is far from the hustle of the city and has not been touched by industries in Indonesia. Nihiwatu Beach is currently managed by an international resort called the Resort Nihiwatu. 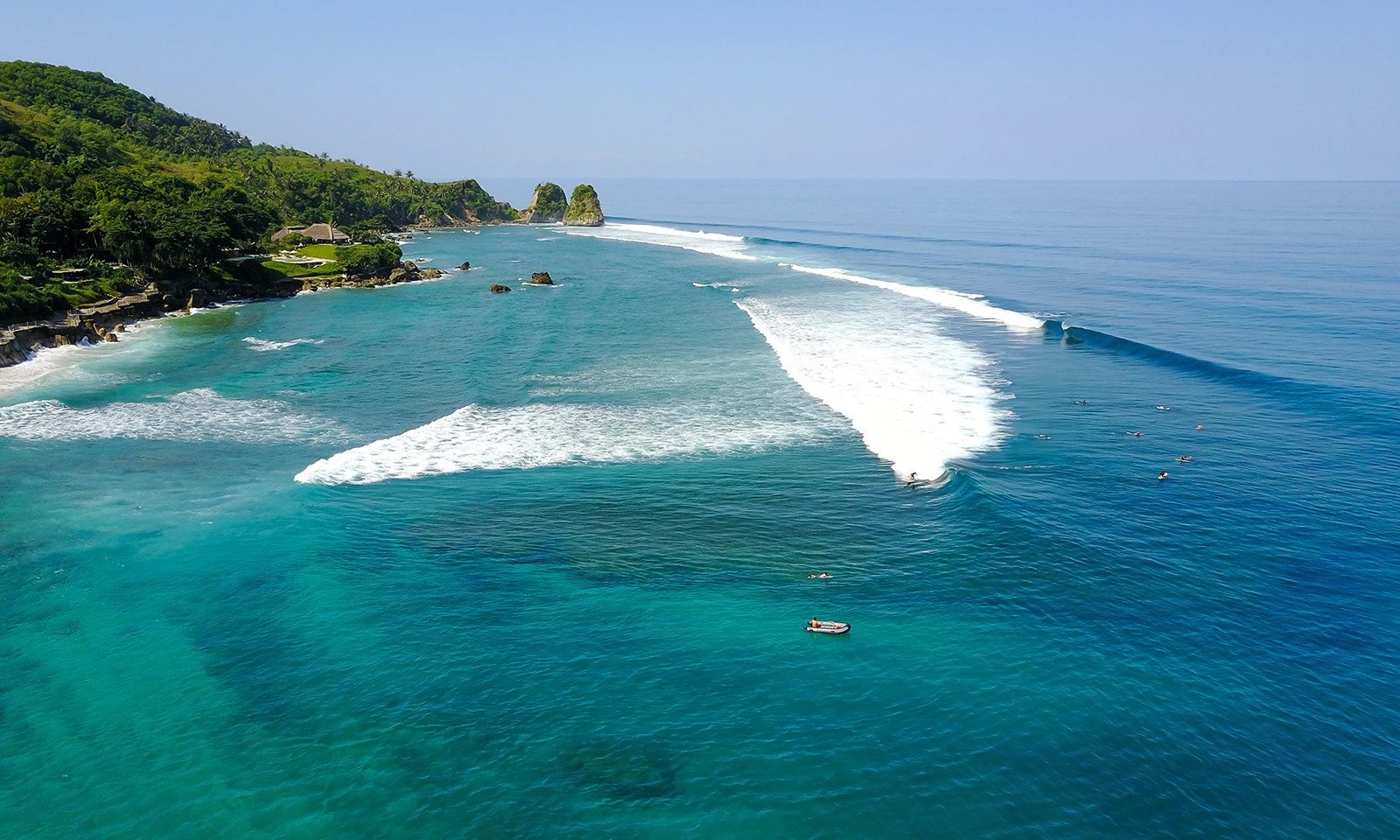 The beach which is located 30 km from the City of Waikabubak, West Sumba Regency is also a destination for world-class surfers. The magnificent waves at Nihiwatu Beach attract the adrenaline. The waves in this place are also one of the fastest and the best in Indonesia. Even surfers dub this beach as the God’s Left.

Because this beach is one of favorite places to surf, in order to maintain the security and safety of surfers there is a rule that must be obeyed. The surfers cannot surf together at the same time. The limit of surfers that can do surfing is only 10 people. If there are already 10 surfers on the beach then the other ones must wait their turn.

While waiting, there are several activities tourists can do such as fishing, snorkeling, scuba diving, boat rides to Konda Maloba Beach bay area, bird watching, mountain biking to trekking to the waterfall.

The resort building consists of villas facing the sea. Some of the bungalows consist of three large bedrooms built on a hill and equipped with a private swimming pool directly overlooking to the Indian Ocean. Similarly, the restaurant is deliberately built facing the beach with an open building model. The architecture and ornamentation of the buildings are combination of traditional and modern designs. Besides being able to enjoy the beauty of the sea view from the distance, the resort’s guests will also be introduced to Sumba culture.

Nihiwatu Sumba Beach can be reached by one hour flight from Ngurah Rai Airport in Denpasar, Bali, aiming to Tambolaka Airport. From Tambolaka Airport tourists can rent a car to take them to Nihiwatu Beach. Your long journey will be paid off with the beauty of Nihiwatu and the ferocious waves that are tempting to be conquered.