Dukono Volcano is a remote volcano on the island of Halmahera, Maluku. It is one of the world’s most active volcanoes. Dukono with a height of 1185 meters above sea level is located in the northern part of Halmahera Island. It is one of a series of active volcanoes in the Galela Region, North Halmahera Regency in North Maluku Province. For those of you who like adventurous journey, Dukono is a must-see place in Indonesia.

But unlike other mountains, Dukono has a volcanic crater with intense activity. Dukono Mountain also has many craters that are still actively spitting out their lavas, which is a difference among other volcanoes in Indonesia. The active craters are the Malupang-Warirang crater. Until now it has been recorded that Dukono Volcano has erupted 21 times.

During first violent eruption in 1550, the lava released by Dukono filled the strait between Halmahera Island and the northern slope of Mount Mamuya. The eruption reached a scale of 3 from the Volcanic Explosivity Index.

During 1933-1939, Mount Dukono erupted more powerful than the previous eruption but not as powerful as the first eruption which made village activities around the mountain hampered due to damage occurred as a result from the eruption. 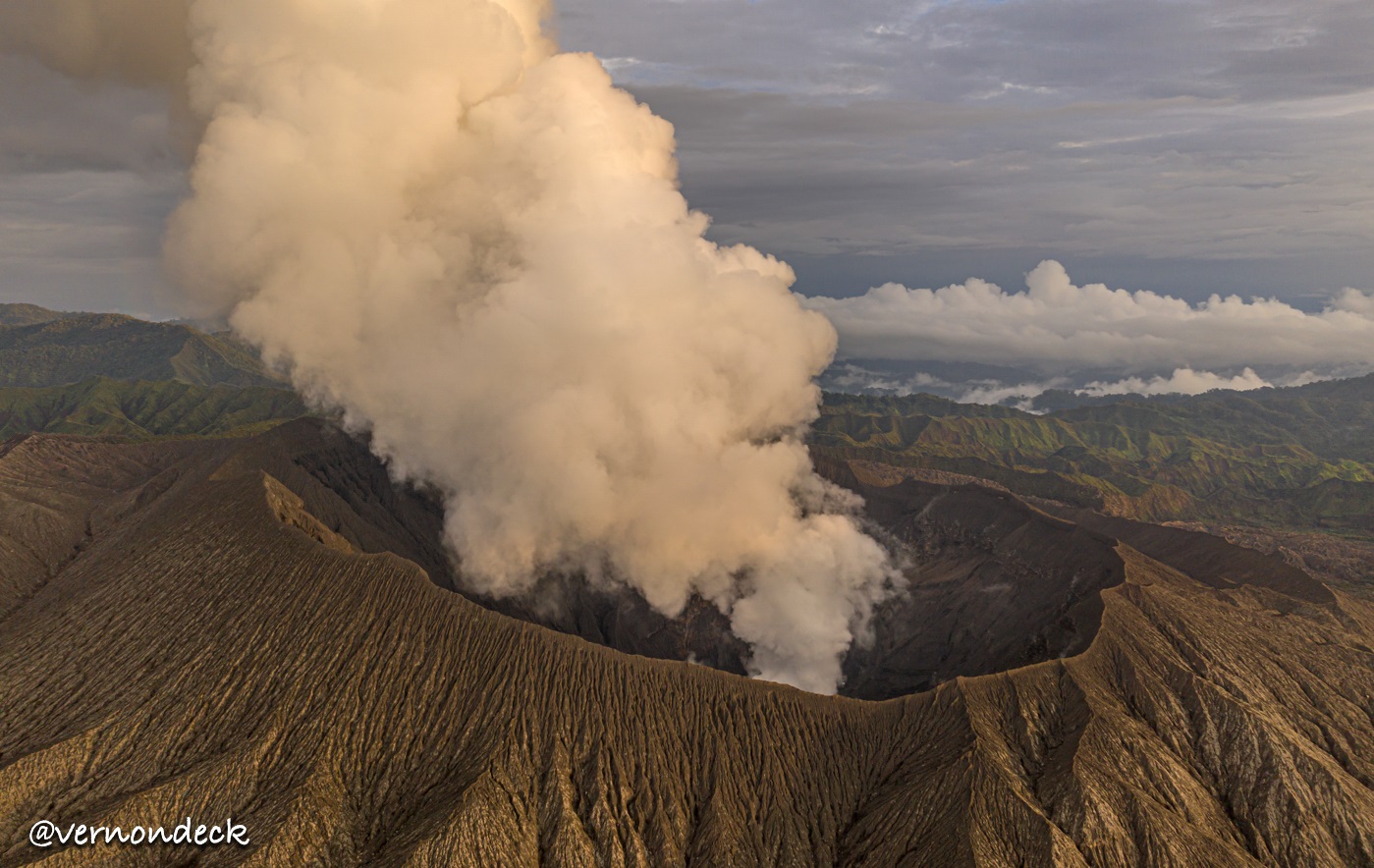 Since 1933 until now, activity in the Dukono Volcano has continued to increase, such as the release of thick black smoke from the crater and the occurrence of minor eruptions around the mountain area.

As a natural tourist attraction, Dukono is the only volcano that is still active today in North Halmahera. Therefore, although a little dangerous, it is one of the best tourist destinations that you should visit if you are on vacation in North Halmahera.

In Indonesia, of the many active volcanoes, Dukono together with Mount Lokon in North Sulawesi are the two most frequently on alert (level 2). Every year since 1933, Dukono has recorded eruptions. Eruption is the activity of releasing the magma from under earth’s surface which is usually marked by the sound of thunder. 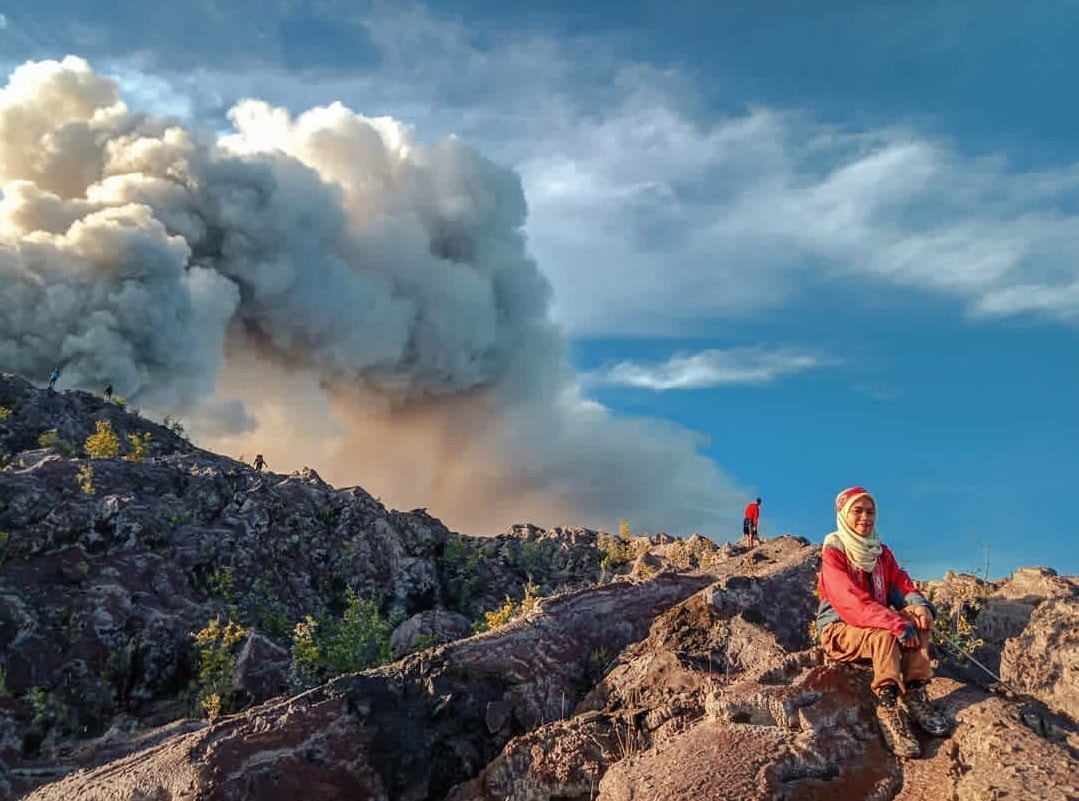 It takes around 5 to 6 hours to climb Dukono. The climb can be started from Mamuya Village or Ruko Village. Before making the climb, you should first ask about the current status of Dukono at the Volcano Observation Post in the village of Mamuya. Then ask about the safest path to take. The small road directly in front of the observation office is the starting road to the top of Dukono. You should then be accompanied by a local guide.

During the trip to Dukono Peak, you can also find Halmahera birds that live around this area. Some of them are birds such as Nuri, White Parrot, Eagle and Crow.

Climbing Dukono is getting difficult when you arrive at the volcanic rock area after you pass the forest. The terrain is quite steep and narrow so you must be careful. One interesting thing about this volcanic rock area is the story that this place is often used by local people for hunting deer (in local language called: “mangasu”).

After passing through the difficult hills, you will see the Dukono Volcano, which is next to Karianga Mountain. Dukono Mountain activities are currently taking place in Malupang Wariang Crater which is almost round in shape with a diameter of 360 m and has a depth of 230 m. 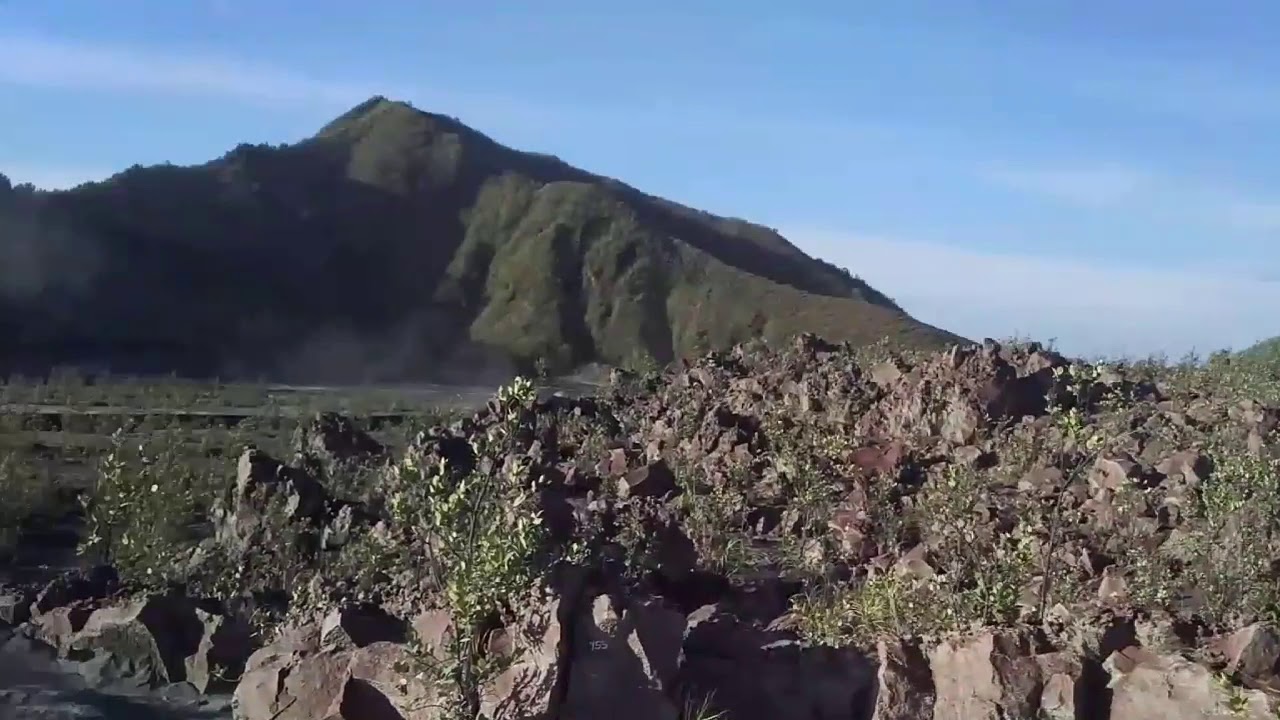 You should prepare climbing equipment in advance and also prepare machetes because the path you take is sometimes blocked by shrubs. Also prepare some equipments to spend the night at the summit because if you are lucky then you will witness Dukono’s flare at night.

To climb to the top is about 14.3 Km, which is usually started from the road which is located right in front of the Volcano Observation Post in Mamuya Village. If, you want to shorten the trip, you can also rent a motorcycle taxi to pass through a resident plantation area.