Tomohon International Flower Festival is a series of international-scale art and cultural events held by the Tomohon City Government in North Sulawesi Province. This annual event which is held along Jalan Tomohon, was performed for the first time on February 8, 2006, with the aim of introducing and promoting the arts and cultural richness as well as the Tomohon City tourism to the eyes of Indonesian and the world. Tomohon Flower Festival participants come from various cities in Indonesia and several countries.

Tomohon International Flower Festival (TIFF) 2019 is a flower parade showing some decorative vehicles which are decorated using various flowers from Tomohon City and other regions as well. The vehicles decorated in various shapes and variations according to the characteristics of each participant.

Decorative vehicles will be assessed by an independent team experts who have specialization in floriculture. During this cultural festival, Tomohon International Flower Festival committee also organizes other activities, such as arts and cultural performances displaying the richness of the archipelago through a variety of arts and culture from various regions in North Sulawesi and some parts of Indonesia.

Other activities held during the festival include a queen of flower contest, flowers exhibition and cultural arts performances. 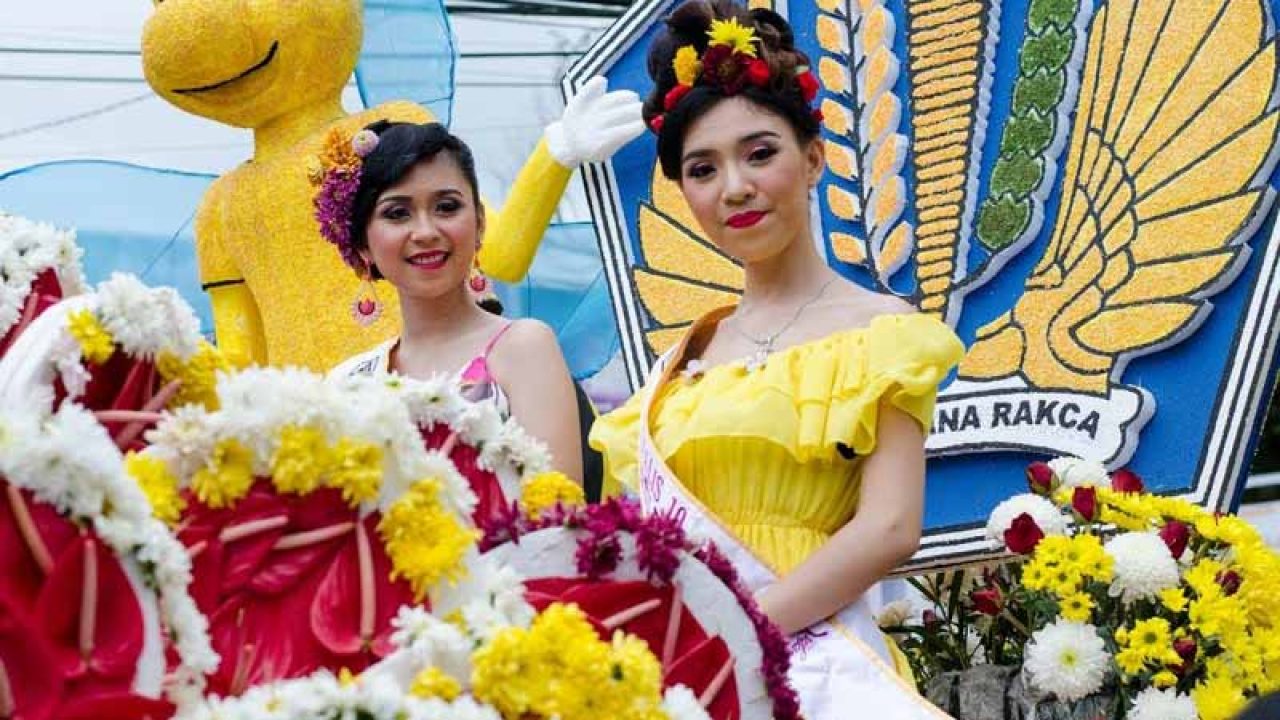 This year festival will be held from 7 – 12 August aimed to popularize Tomohon as a city of flowers blessed with beautiful nature of mountains, lakes and waterfalls.

Culinary: Tomohon City is famous for its extreme culinary delights. Tourists can visit Tomohon Market to taste a variety of extreme cuisine such as python snake meat and rat meat. For those who don’t like extreme culinary can also hunt for other culinary such as jaha rice, klapertaart, grilled tilapia, cakalang fufu and colombi satay.

Access/Transportation: The most commonly access used to reach the Tomohon City is to flight to Manado and continue the journey with bus. Travel time between Manado – Tomohon is about one hour. In Tomohon City there are also many transportation facilities such as taxi, car rental, motorcycle taxi and micro bus. As for hotels or lodging, there are various choices from budget hotels to five-star hotels.