Get to Know Bungin Island The World’s Most Populous Island

Bungin Island is nicknamed as the most populous island in the world. The island is located in Alas District, Sumbawa Besar, Sumbawa Regency, West Nusa Tenggara Province. With an area of around 8.5 hectares, the island which is situated in the open sea of Bali is mostly inhabited by the Bajo Tribe.

The Bajo has existed on the island of Bungin since 200 years ago. The houses on this island are built on sand and coral mounds that cling to each other and there is almost no space left. The nickname of the most populous island in the world has now become the main attraction of foreign tourists.

Unlike a common island in Bungin you will not find beach or coast. The reason is, every inch of the island has been fixed with people’s homes. As soon as you set foot on Bungin Island, you will be greeted with a very crowded village nuance. On either part of the island you will only see houses standing side by side. 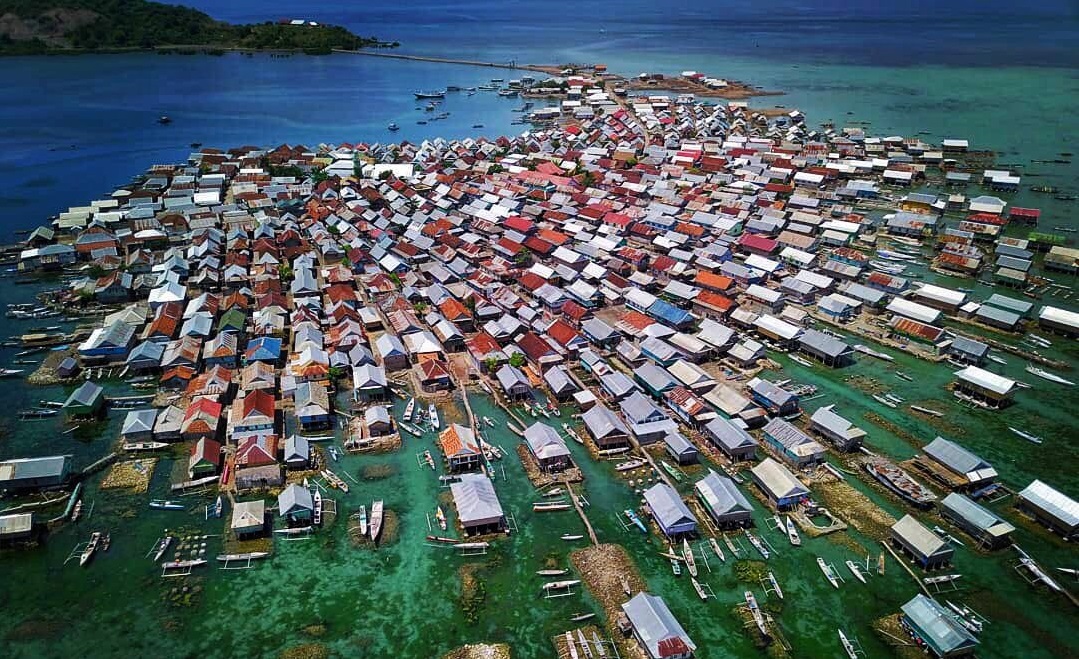 Currently Bungin Island is one of the tourist destinations in Sumbawa Regency. If you have plan to visit this island don’t miss the chance to taste the Bajo delicious and tasty seafood culinary. The island has some floating restaurants that serves many seafood dishes. The price is very affordable. Tourists can enjoy fresh fishes and choose the fishes directly from the fish breeding ponds.

Administratively, Bungin Island is situated in Alas District, Sumbawa Regency, West Nusa Tenggara Province. Although the island is relatively small, there are two docks there which are located in south and west part of the island. Also eventhough dubbed as the most populous island, residents of Bungin Island remain pleasant there. They feel warm and comfortable and do not want to move to the nearest island on mainland of Sumbawa which is still unpopulated.

Other than exploring every turn of Bungin Island, you can also see the procession of house construction there. Unlike anywhere else, to build a house here does not require land at all. Usually the inhabitants set up the house foundation using dead coral. It seem that the Bungin Island is getting wider because many houses stand outside the actual island. 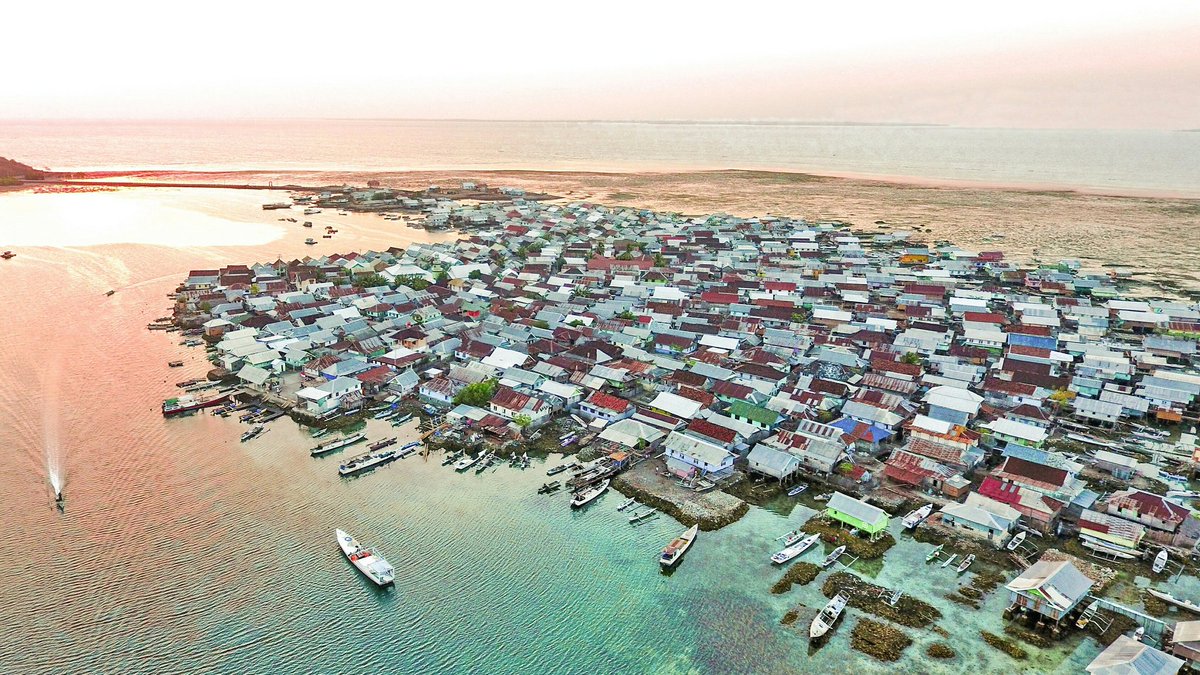 Another option to enjoy Bungin Island is the sunset by the beach. Sitting on the pier with a crowded environment and accompanied by sunlight that begin to dim becomes an unforgettable experience. Bungin Island itself has no coastline and green land. The absence of green land makes it difficult for cattle on this island to find food. Because of the difficulty, the cattle here are even forced to eat rubbish and the remnants of paper or cardboard.

Currently there is almost no empty land of the island because every year the island continues to get wider. Reclamation is the only option to have house to accommodate the newly married family. Averagely, there are 100 new houses every year on this island. The island which has 8.5 hectares wide is occupied by around 3,400 people. Most of the Bungin people are the descent of Bajau Tribe from South Sulawesi, known as the sea nomads and skillful divers.

If you want to explore Bungin Island, you can go around while chatting with friendly people of Bajo Tribe. From the mainland, the Bungin Island can be reached using a motorboat or by land through an artificial road. From Lombok Island you can travel from Kayangan Harbor, East Lombok heading to Poto Tano District, Sumbawa. The trip will take approximately six to eight hours to arrive at Bungin Island.