Sumba is an island situated in the southern part of Indonesia which is very famous for its natural beauty, customs and cultures. Not surprisingly, the natural beauty and thick traditions of Sumba make the island which is located in East Nusa Tenggara Province a target for both domestic and foreign tourists.

One tradition that Sumba People still profess is the Marapu Religion. This religion has a belief in worshiping the ancestors. The people who live in traditional or inland villages usually still adhere to this religion. Other than Marapu’s beliefs, here are other unique traditions of Sumba community. 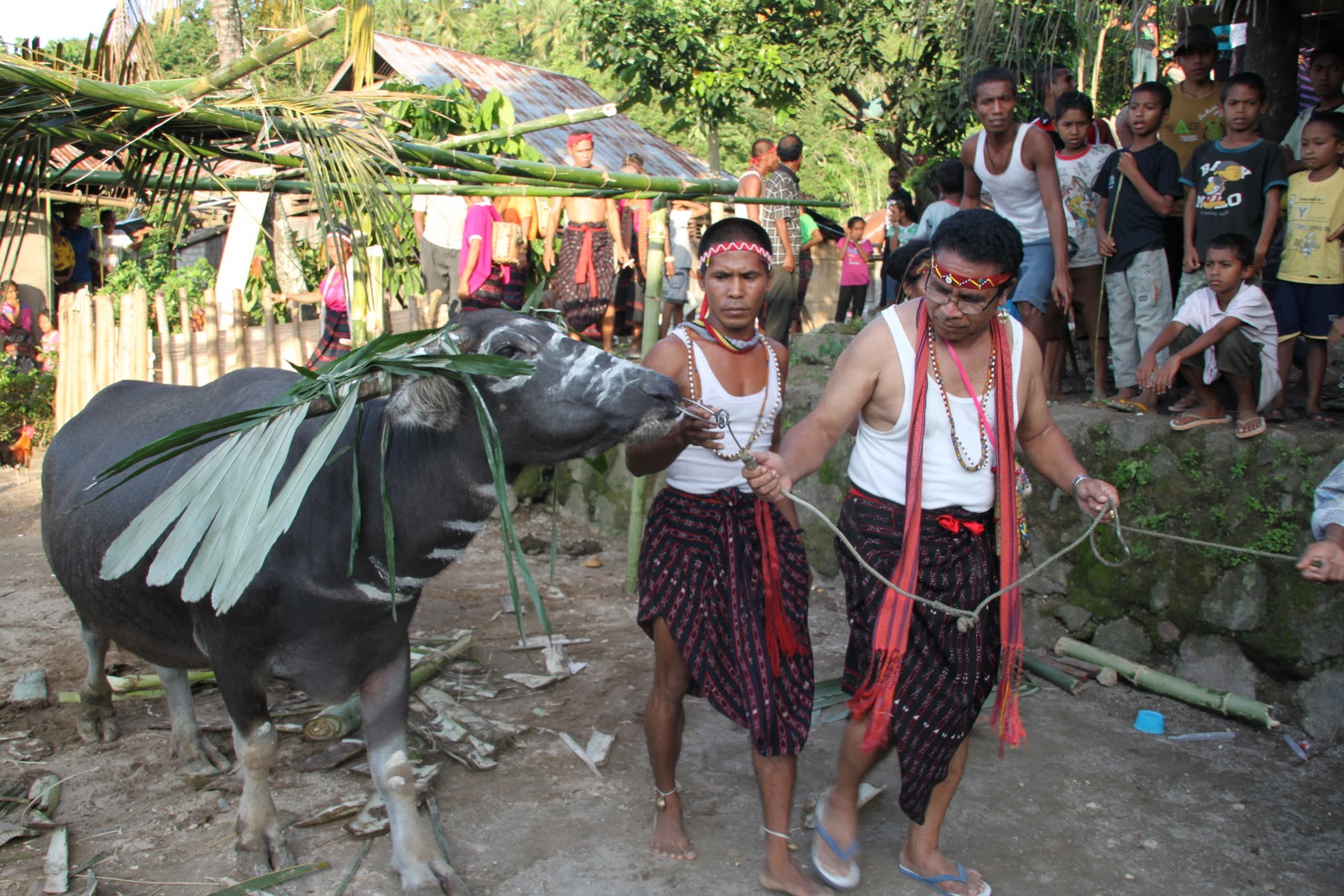 Belis is a reward tradition for marriage in Sumba community. Men who want to propose Sumba women are required to provide a number of livestock as their present, ranging from buffalo, cow, pig to Sandalwood or Pasola Horse.

The number of animals required for marriage is determined by the bride’s family, so the bridegroom’s family must fulfill it.

The more esteemed the bridegroom’s family, the more animals must be given. For example, a man wants to marry a woman from a noble family, at least he must bring 40 Pasola Horses along with dozens of other livestock. 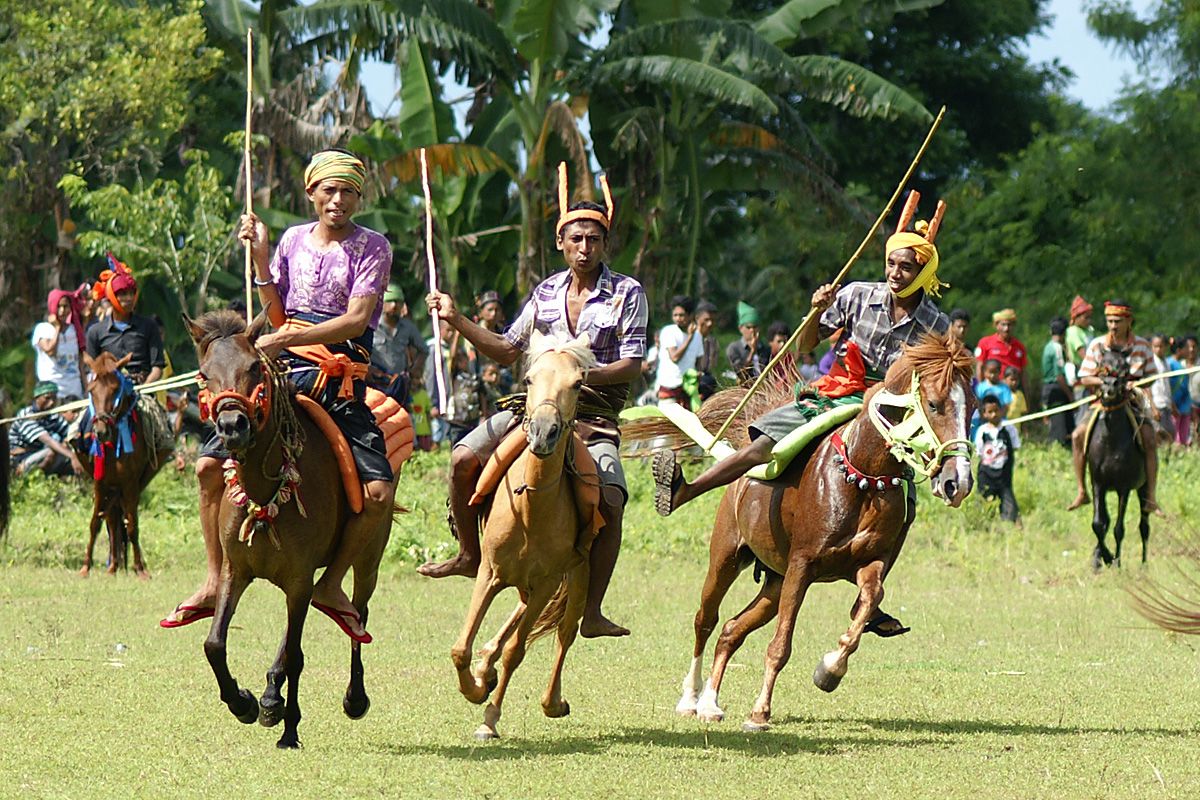 Every year, Sumba holds the Pasola Horse Ceremony as a tradition. Horses that have been bred since ancient times there also become a social status for the people of Sumba.

The main attraction in the Pasola tradition is the scene of attacking each other between villages. Youth ride on horses while throwing javelins or wielding machetes or so-called katapo. But take it easy, no one is seriously injured in these terrible attractions.

The Pasola is still held in some of traditional villages that are strong in Marapu beliefs, such as in Kodi (Southwest Sumba) and Wanokaka, Lamboya and Gaura (West Sumba). It is carried out alternately there from February to March each year.

The regional government supported by the Ministry of Tourism then packed the unique tradition of Sumba into the so called Pasola Festival. 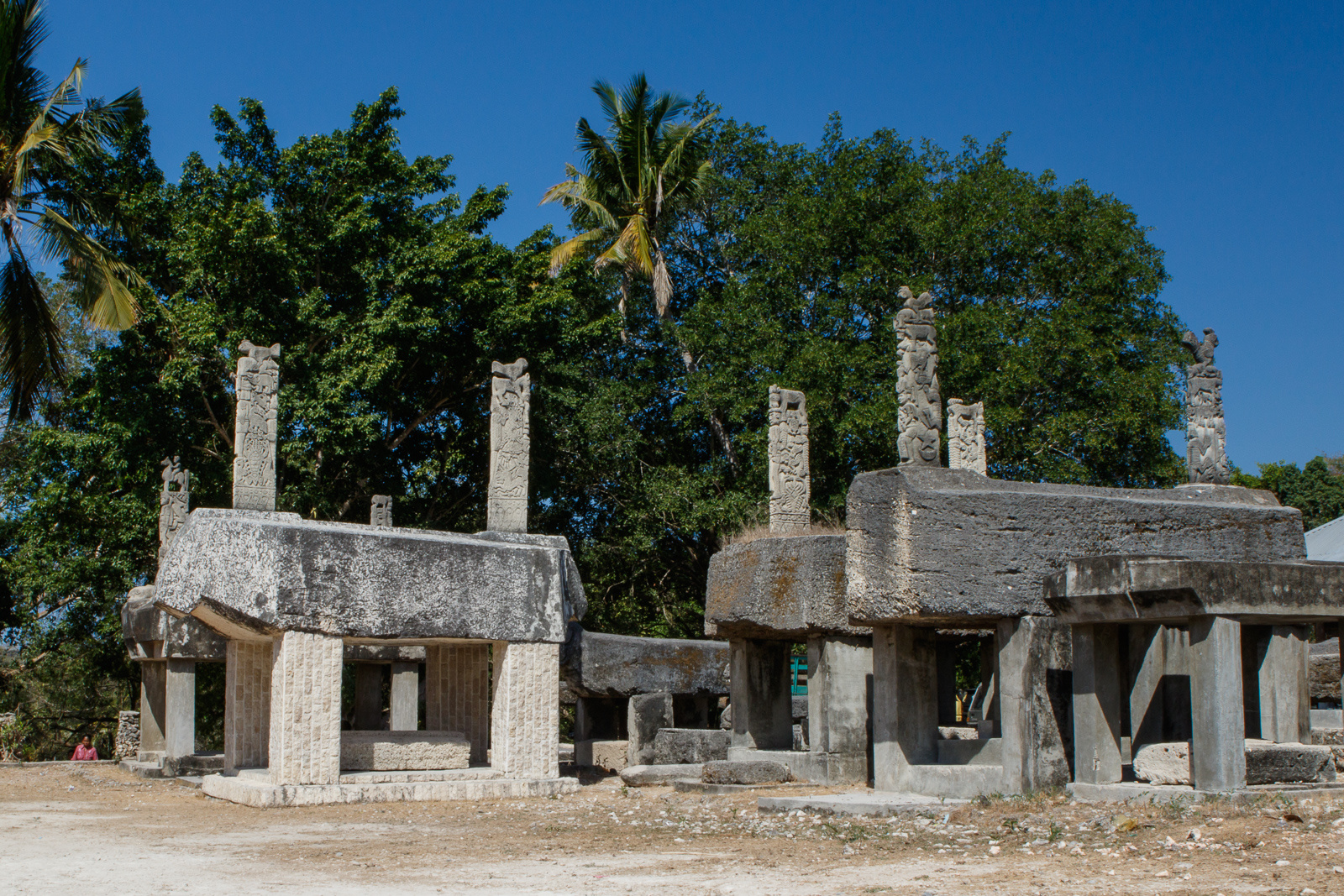 In traditional villages and remote areas of Sumba residents, a cube-shaped stone building which is used as a family tomb is still visible today.

The body is not placed supine, but curled like a baby inside the fetus. Before being “stored” in a stone tomb, the body had also been dressed in traditional Sumba clothing. 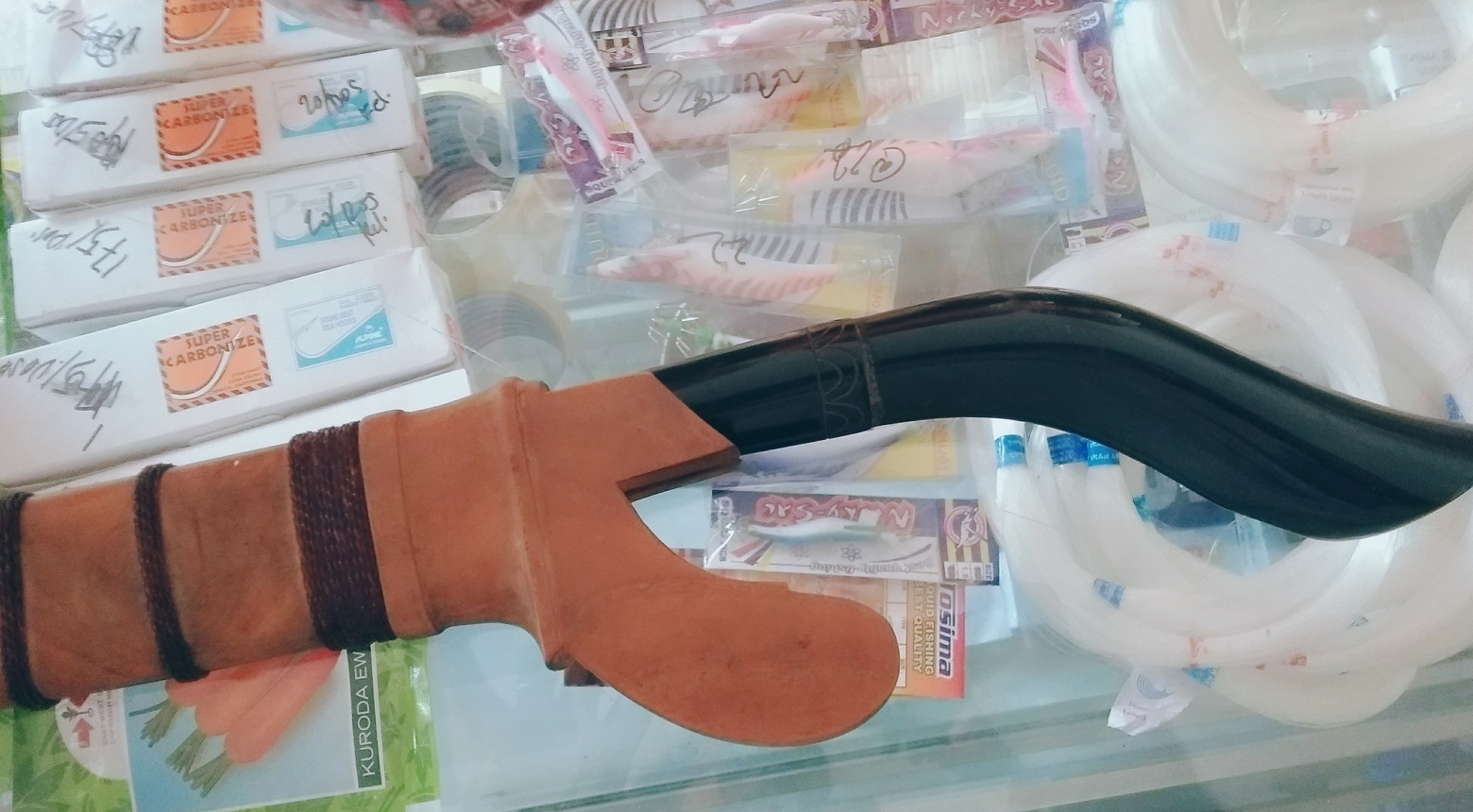 Those who have watched the ‘Marlina the Murderer in Four Acts’ movie must have been initially surprised to see Sumba residents looking relaxed carrying long machetes.

Sumba is not identical with violence. The long machetes is called “Katopo”. It is an accessory which is usually commonly carried by residents. Katopo measurement is about 50 to 70 centimeters. The sharp object is inserted in a cloth wrapped around the waist.

For men, Katopo is also a symbol of virility. Both men and women in Sumba use Katopo for their working aids, both in the fields and on farms. 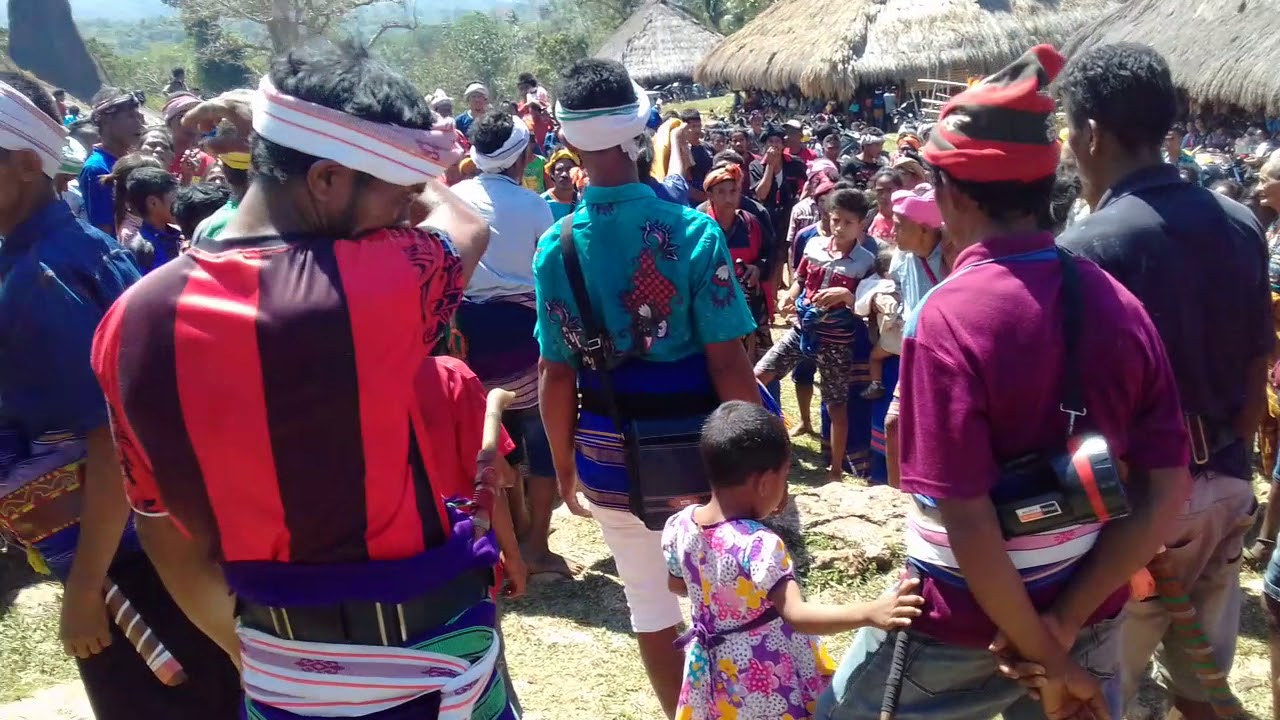 Kede is a death ceremony in Sumba tradition. The family and relatives of the deceased person will deliver livestock to the deceased’s residence. Unlike Sumba marriage, in kede there is no limit to the number of livestock that must be given.

After the livestock is accepted, the grieving family immediately slaughters the animal, then cooked and served to mourners. This procession is almost the same as Tana Toraja tradition but minus the buffalo fighting procession. 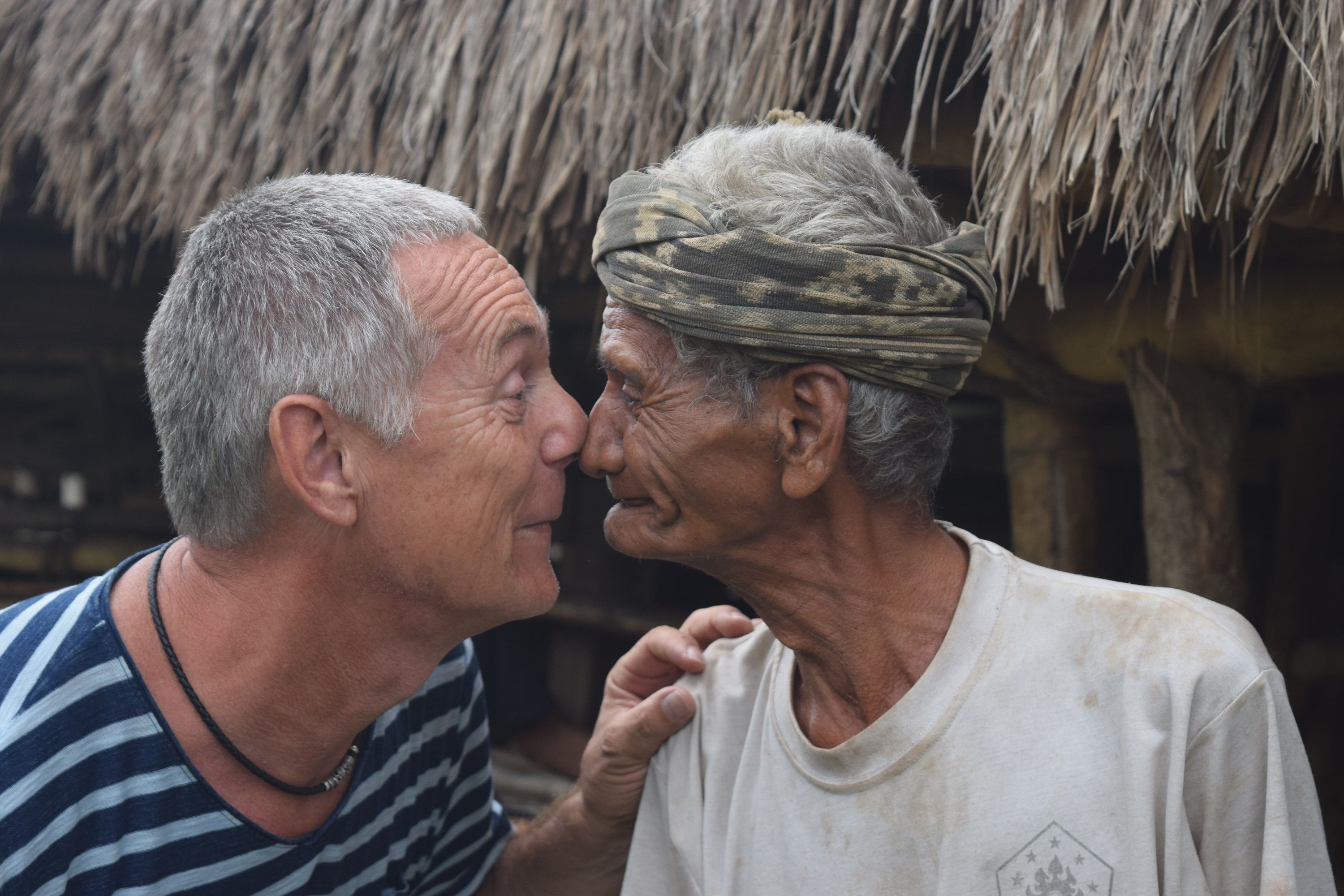 A unique tradition that can be found when visiting Sumba Island is the tradition of kissing the nose or “pudduk” (in East Sumba language). This tradition has been passed down for generations by ancestors of the Sumba people.

The tradition of kissing the nose for Sumba people is a symbol of family and friendship closeness. If there are parties who are in conflict and want to make peace, then a nose kiss will be done which is a symbol of peace.

Although the tradition of kissing the nose has become a custom and habit for the Sumba people, but this tradition cannot be done in any place and time. This tradition can be carried out only in certain occasions, such as during the process of implementing marital traditions, weddings, birthdays, religious holidays, traditional parties, grief and peace events. 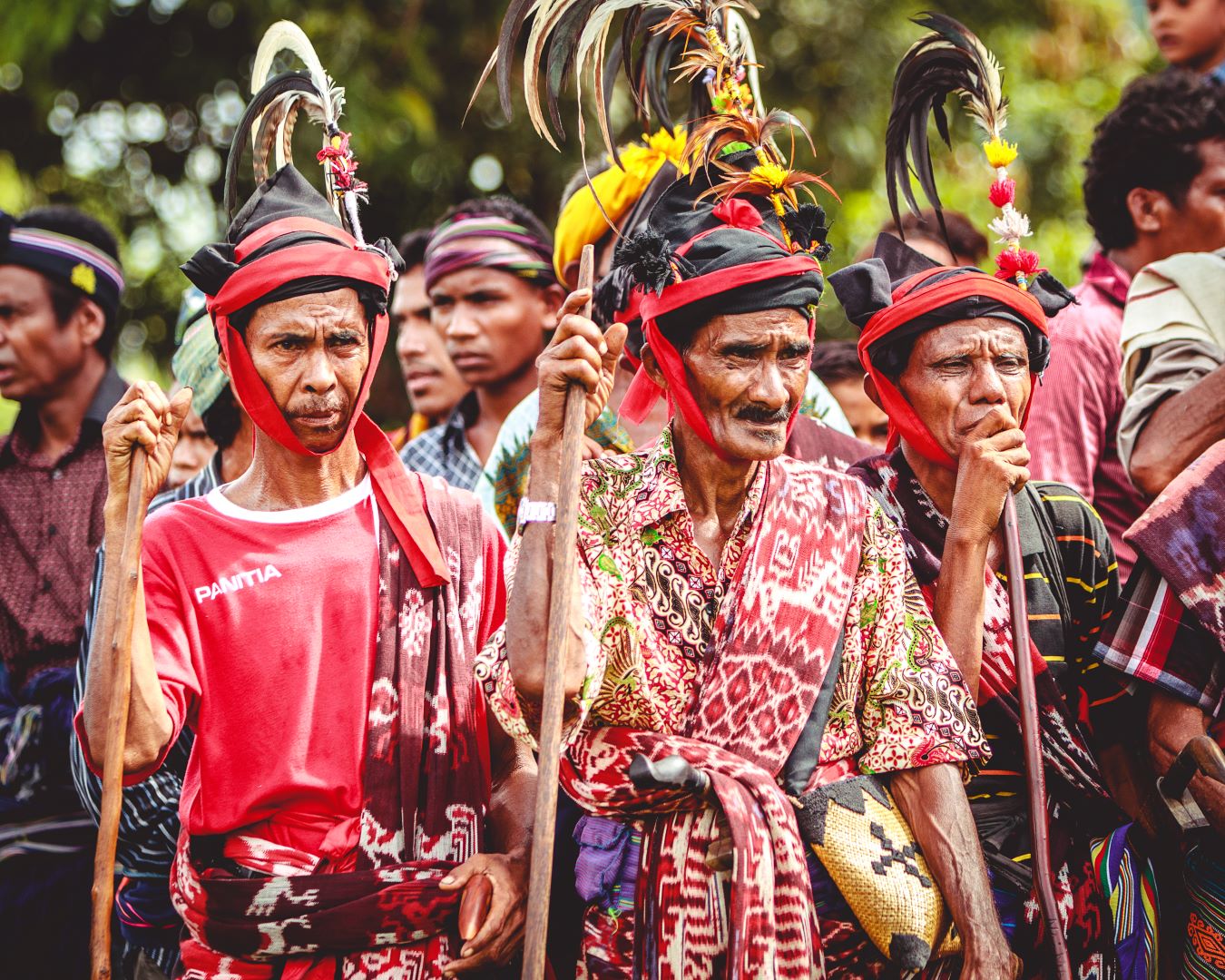 Another unique tradition of the Sumba people that is not well known by many people is the “Pahillir Tradition” or in Indonesian can be interpreted as “the tradition of avoiding”.

This tradition does not allow “daughter-in-law and father-in-law or son-in-law and mother-in-law” to communicate or doing direct contact, even goods belonging to each other nor should it be touched.

For Sumba people, this is “taboo” and is not appropriate, so when they meet, they must eschew or in East Sumba known as “pahilir”. 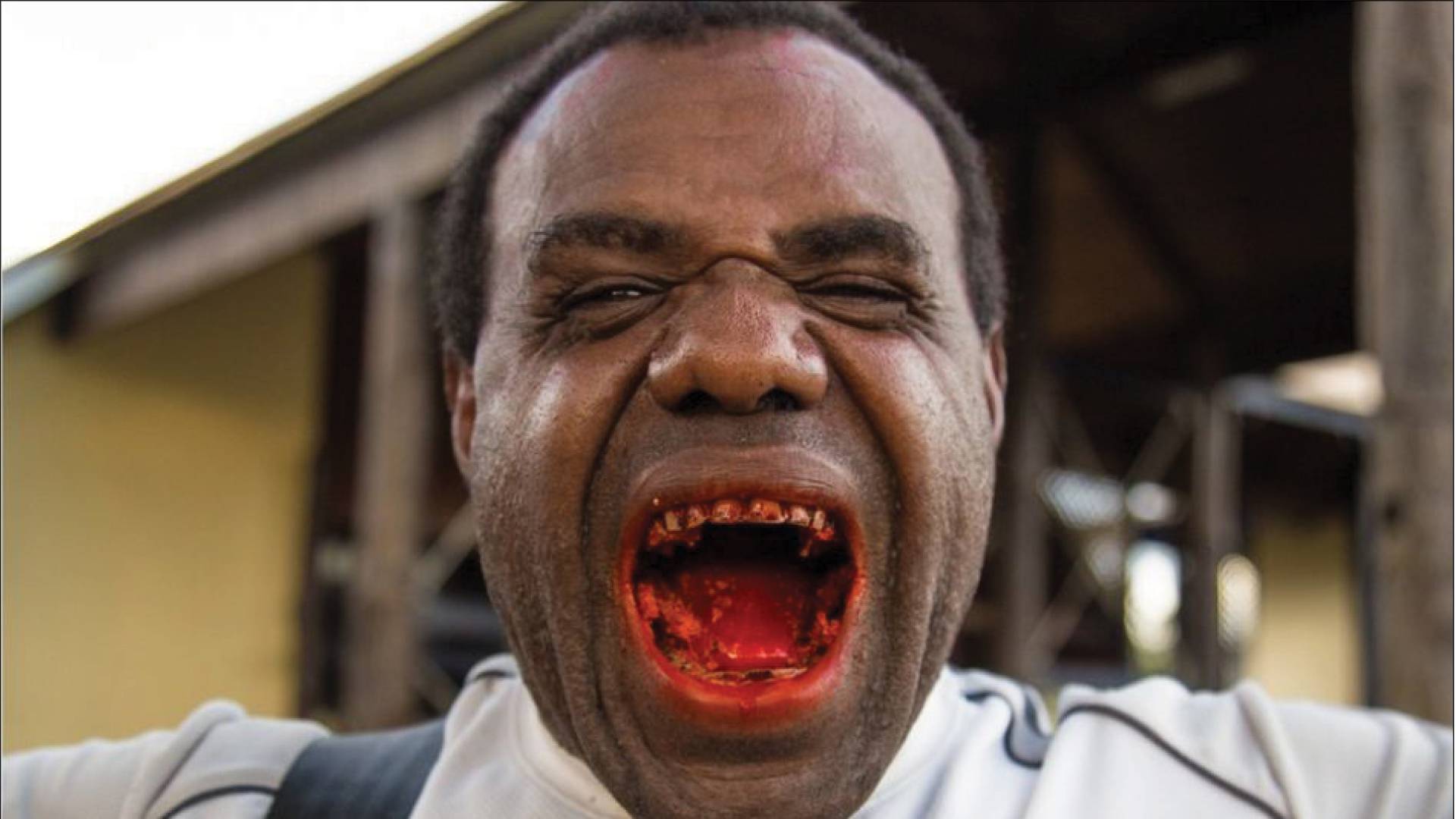 For Sumba People, the tradition of chewing betel nut or “happa” (East Sumba language) is a symbol of kinship in everyday relationships even in various events such as marriage and death.

This tradition is carried out by chewing betel nuts and lime which will cause reddish teeth and mouths. Do not be surprised when you visit local houses, you will be served betel nut as a symbol of respect and intimacy.

The betel nut tradition is also a symbol of communication with the spirits of deceased ancestors and is often served in several important events, such as marriage and death ceremony.