Asmat Tribe, An Incarnation of the God in Papua

In ancient times, a God named Fumeripitsy came down to earth. He explored the earth and began his adventure from the western horizon of the setting sun. In his adventure, the God must face a giant crocodile and managed to defeat him. Even though he won, the God was badly injured and stranded on a river bank.

While enduring the pain the God tried to survive until finally he met a flamingo bird who had a noble heart and took care of him until he recovered from his wound. After recovering, the God lived in the area and made a house and carved two very beautiful statues.

Fumeripitsy also made a very loud drum to accompany him to dance without stopping. The deity’s movements were so powerful that can make the two statues he carved come to life. Not long after, the two statues joined in dancing and moved together to follow the God. The two statues are the first human pair to become the ancestors of the Asmat Tribe.

The mythological fragment above is a belief held by the Asmat Tribe, one of the largest tribes in Papua. This myth makes the Asmat Tribe still believe that they are the incarnations of Gods to this day. It’s not an exaggeration, because Asmat does have a very respected culture.

The Asmat Tribe itself is actually divided into two, which are the tribe who lives on the coast and the Asmat who live in the hinterland. The lifestyle, way of thinking, social structure and daily life of these two Asmat are very different. 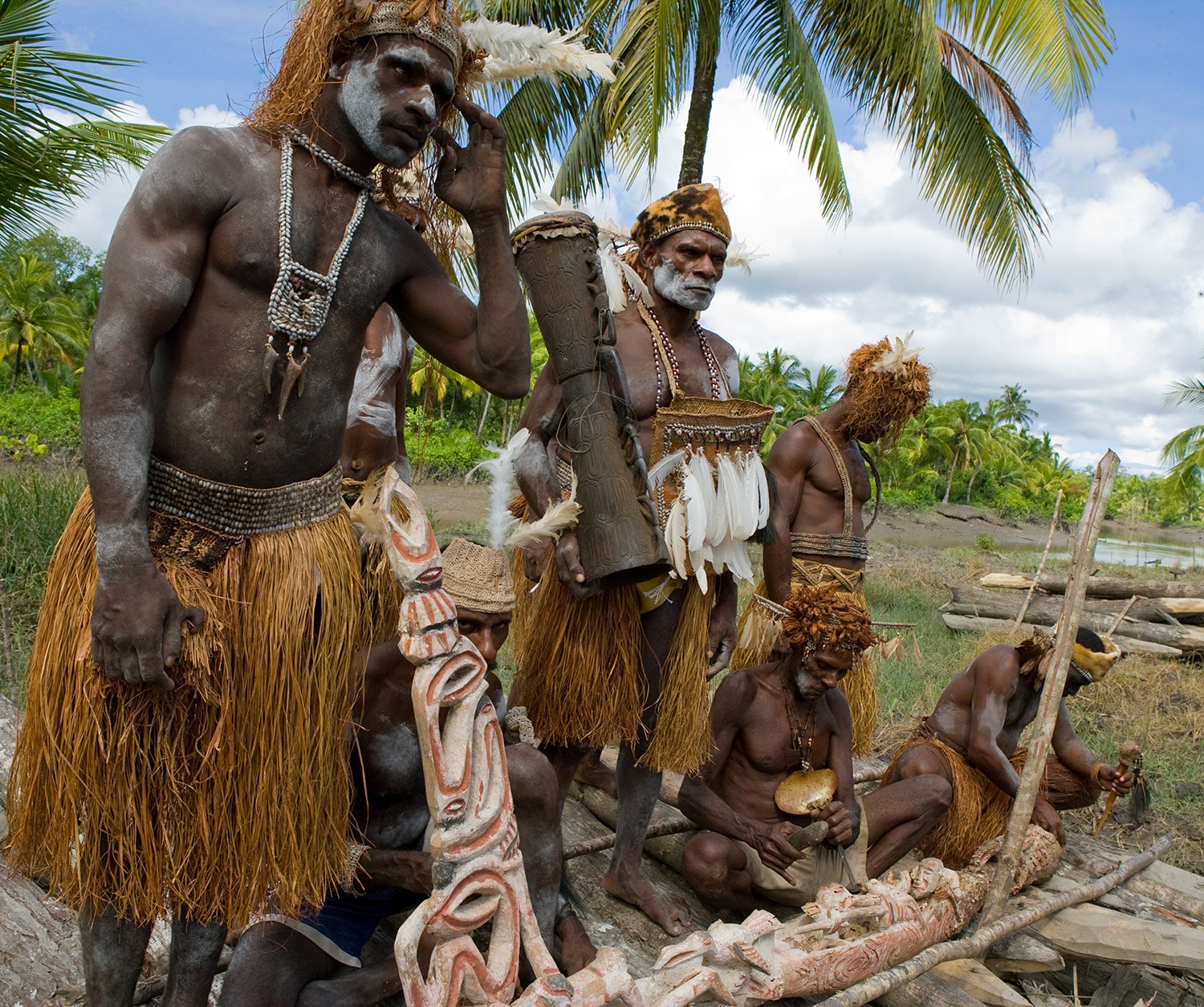 For example, in terms of their livelihoods, for example, the Asmat tribe who live in rural areas usually have jobs as hunters and garden farmers, while those who live on the coast prefer to be fishermen for their livelihoods. The difference between the two populations is also caused by the condition of the area in where they live and the large influence of immigrant communities, which are generally more open than the Asmat culture itself.

The distribution area of the Asmat Tribe starts from the coast area of Arafuru Sea to the Jayawijaya Mountains. Overall they occupy the Asmat district, which has approximately 7 sub-districts. Even though it seems close, the distance between the village and the sub-district town is very far, even the journey can take one to two days on foot. They did this not because they could not enter vehicles into Asmat area, but that the swampy Asmat area can only be passed by boat or on foot.

The Asmat tribe is very famous for its traditions and arts. They are known as reliable carvers and are recognized internationally. Asmat carvings are made in many types and varied. However, usually the carvings tell about something, such as stories of ancestors, daily life and their love for nature. The uniqueness of the carvings is what makes the name of Asmat Tribe so global today.

The Asmat Tribe has also a lot of dance and singing arts. They perform these arts when welcoming guests, during harvest period and when honoring the spirits of the ancestors. They really respect their ancestors, this can be seen from every tradition they have. Although now modern culture has had a lot of influence on their lives, the Asmat traditions and customs will be difficult to break. The Asmat has an extraordinary culture and deserves to be the main object that should be studied further when visiting Papua.