Where to Go in West Papua Province

West Papua Province is located at the western part or in the “bird’s head” area of the Papua Island. West Papua is the division of Papua’s main regions. Initially, the province was named West Irian Jaya but later changed to West Papua in 2007. As a province located in the west of the island of Papua, West Papua Province has many interesting natural and cultural attractions.

Beaches, lakes, mountains and nature reserves are some views you can enjoy while visiting West Papua. The West Papua Province has also many beaches which can be said to be some of the best beautiful beaches in Indonesia. Here are 9 best places to visit in West Papua Province. 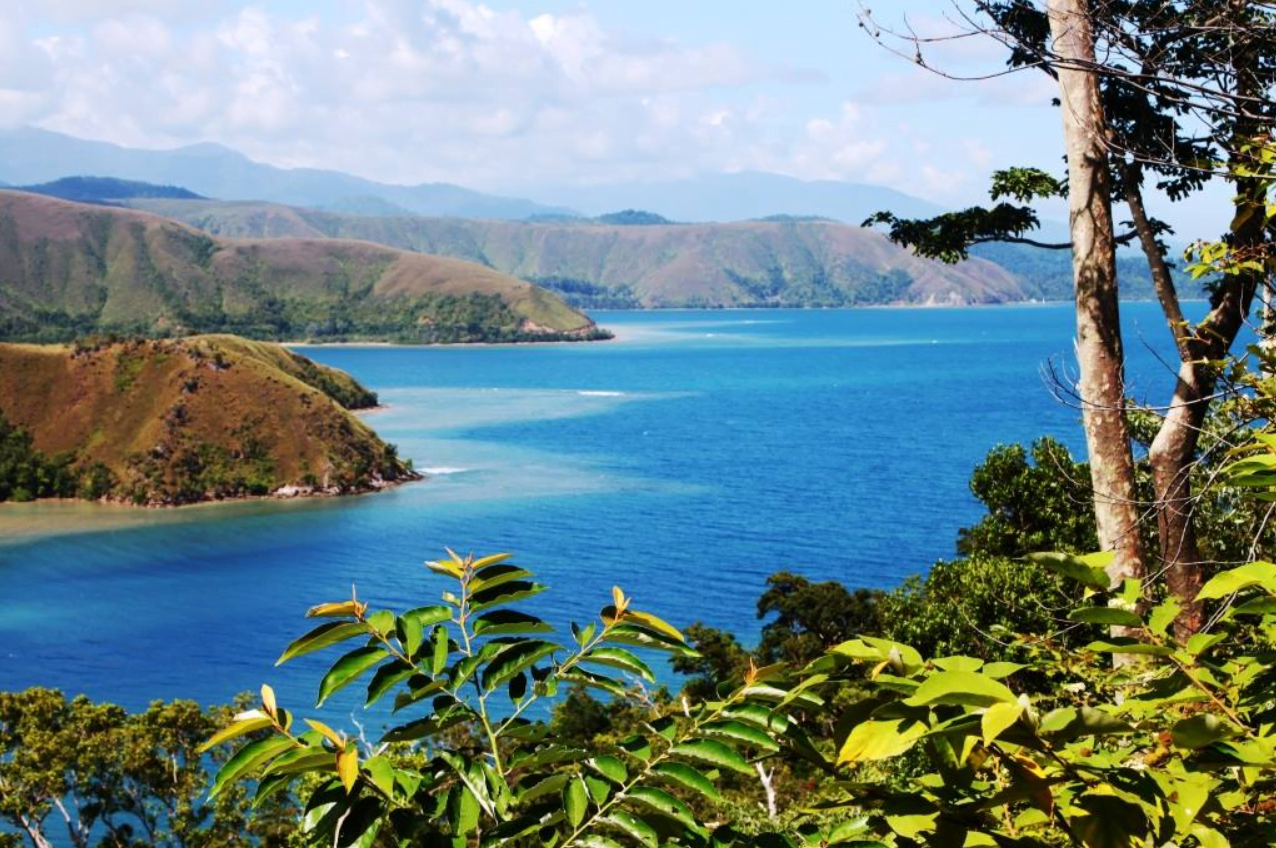 Manokwari is the capital of the West Papua Province. It is also serve as the capital of Manokwari Regency. The city has an area of around 1.556 square km and has a population of approximately 99.000 inhabitants. There are many natural attractions and various types of water tourism that can be seen around the Manokwari area. One of them is the Arfak Mountains which is a protected nature reserve.

In Manokwari there is also a historical Japanese Monument which is a memorial to the landing of Japanese troops for the first time in Manokwari years ago. There is also a unique tradition of the local community called “fish calling” using a whistle from the reef. This tradition is still carried out on Bakaro Beach, located on the north coast of Manokwari.

One of the special dishes of Manokwari and also Papua is the “Papeda” and it is often referred to as sago porridge. Papeda which is made from sago flour is usually eaten and served with fish and yellow sauce made with traditional cobs and herbs. For snacks, you can try the sago plate which is usually served while drinking coffee and tea. 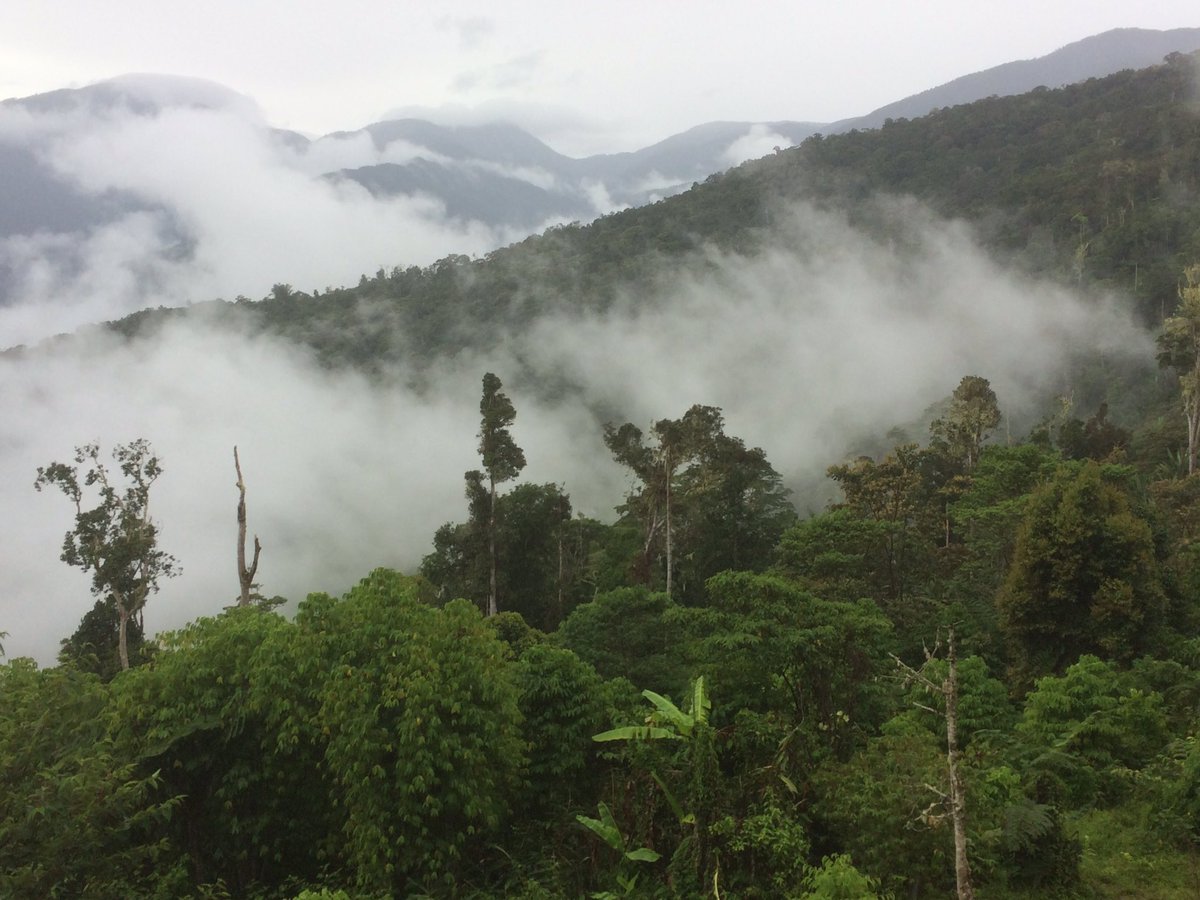 Arfak Mountains is the highest point in West Papua with a height reaching 2,940 meters above sea level. From the top of the Arfak Mountains, you can see views of the Manokwari City, and sometimes in winter, the mountain peaks can be covered with snow. In the Arfak Mountains, there are some tourist attractions tourists can enjoy ranging from lakes, bird watching spots to cultural tourism. Arfak Mountains itself has not been visited by many tourists. The nature still thrives in this area while customs and culture, which are still thick, become the main attraction for tourists.

In these mountains there are also two twin lakes. According to local stories, the two lakes were formed from a love story of two people, who enshrined themselves into two lakes. In each lake there are two dragons, a male and a female. Therefore, based on the story of the existence of the two dragons, local residents believe that the twin lakes also have two genders, man and woman. Locals call the male lake Anggi Ginji and the female Anggi Gita. 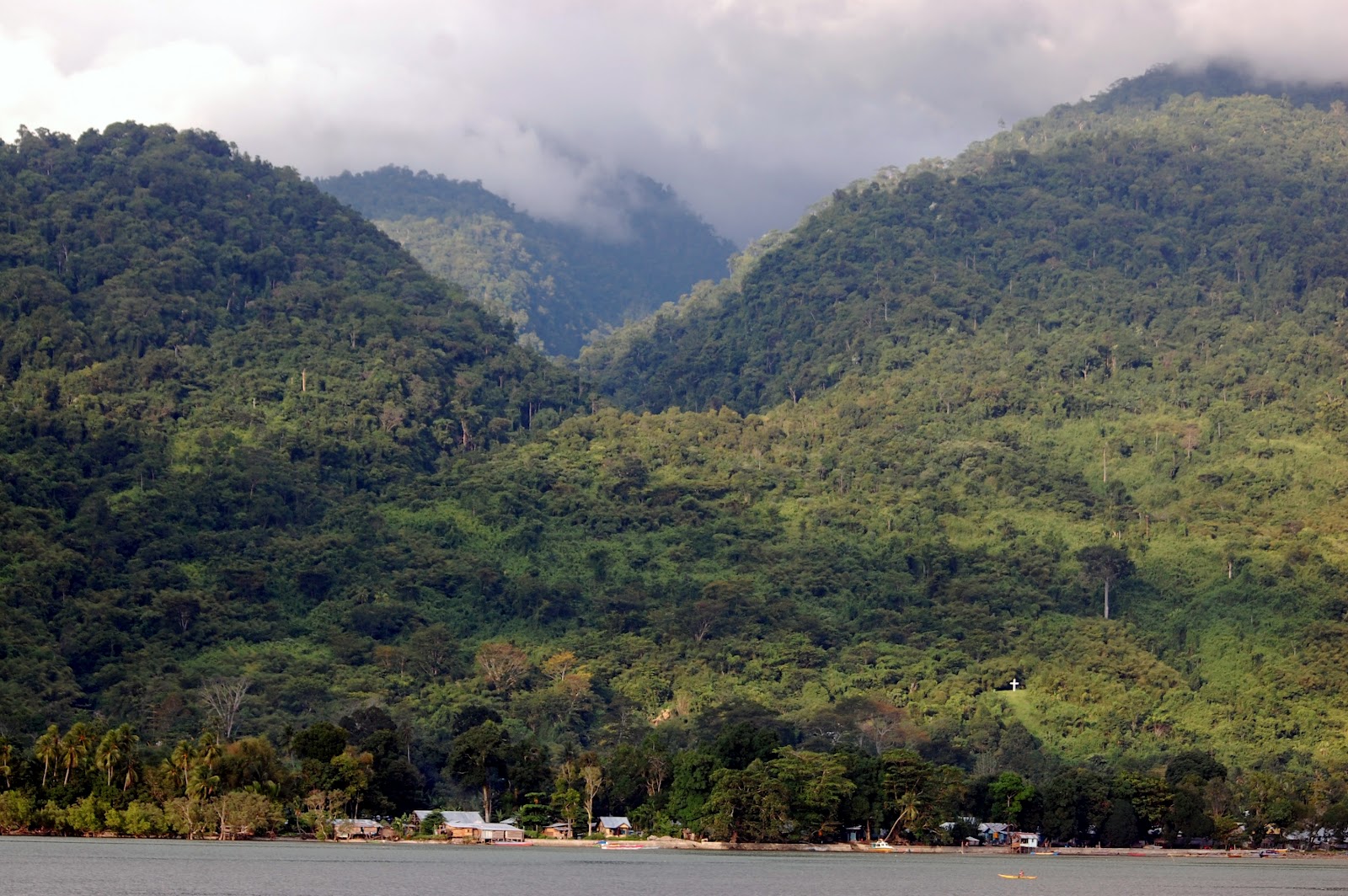 If you just want to take a walk or trekking quietly while enjoying the scenery, not just relaxing on the beach, then this place is perfect. The Wondiwoi Mountains Nature Reserve is the right place for those who like to walk in nature while enjoying the fresh air. Located not too far from the city, only about 5 kilometres from the Manokwari town, the Wondiwoi Nature Reserve has around 147 species of flora and fauna.

From Wondiwoi Nature Reserve, tourists can also enjoy stunning views of the Cenderawasih Bay and Wandamen Bay. But to achieve this beautiful place is quite difficult, because tourists must board a Cessna type aircraft to get to the center area of Wondiwoi. The stunning scenery and diversity of flora and fauna inside the area that you will see shall be comparable to the tough journey you have taken. 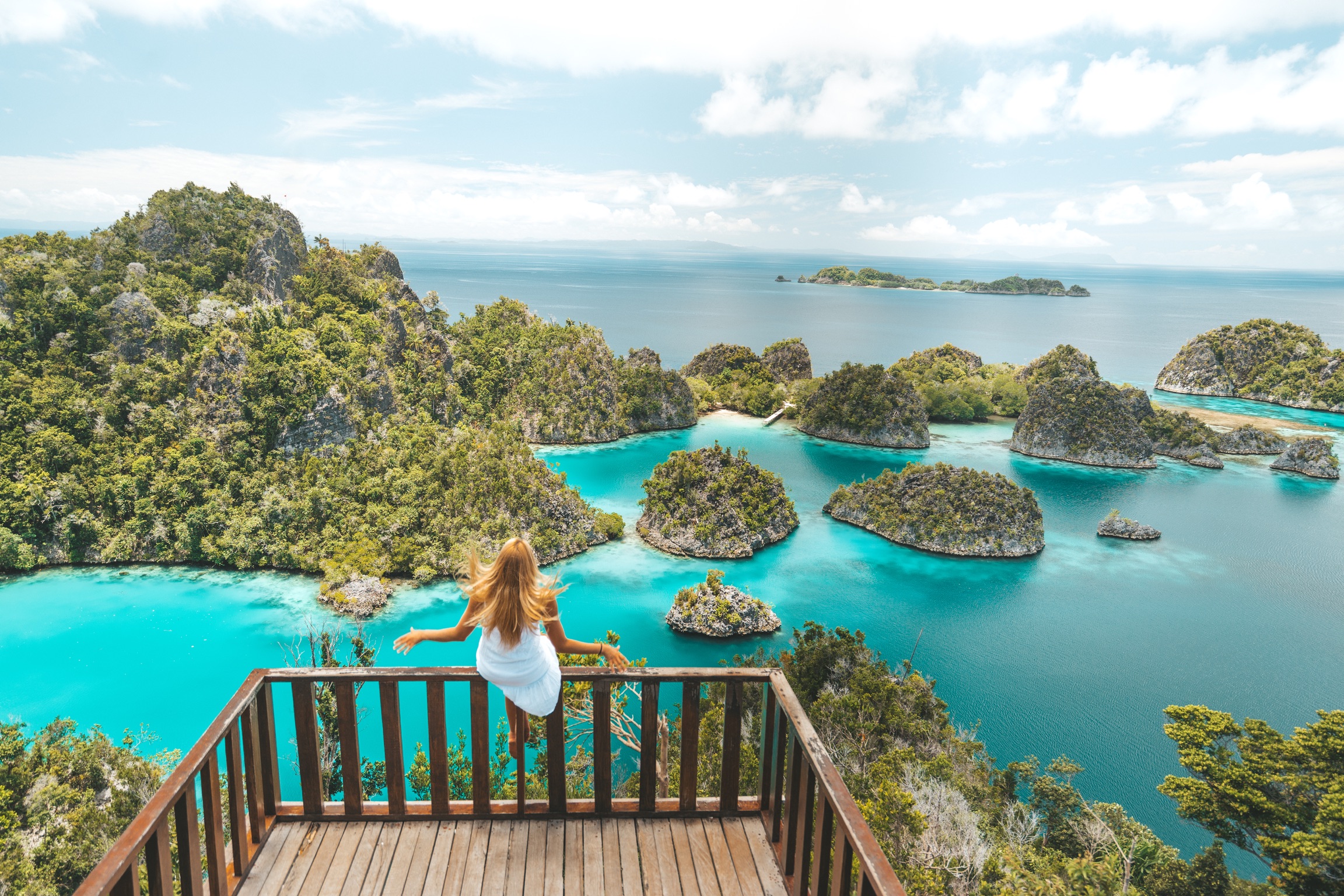 Raja Ampat was originally part of Sorong Regency in West Papua Province, until it finally become Raja Ampat Regency in 2004. The islands with its beautiful underwater scenery has been already known to many local and foreign tourists and are included as one of the world heritage sites with the most beautiful views in the world. To reach this island, tourists can take a boat and stay at one of the resorts in Raja Ampat. This incredible place is also very popular as a favorite honeymoon destination in Indonesia.

Other than diving or snorkeling to enjoy the enchanting underwater scenery of Raja Ampat, visitors can also relax and enjoy the white sandy beaches, karst islands and see the endemic flora and fauna such as Cenderawasih and orchids.

One of Raja Ampat highlights is the prehistoric relics in the form of hand paintings in the Misool cluster area. There are many palm paintings on the karst cliff wall around the caves. Moreover, there are also ex-airplane left over from World War II around the Wai Island. 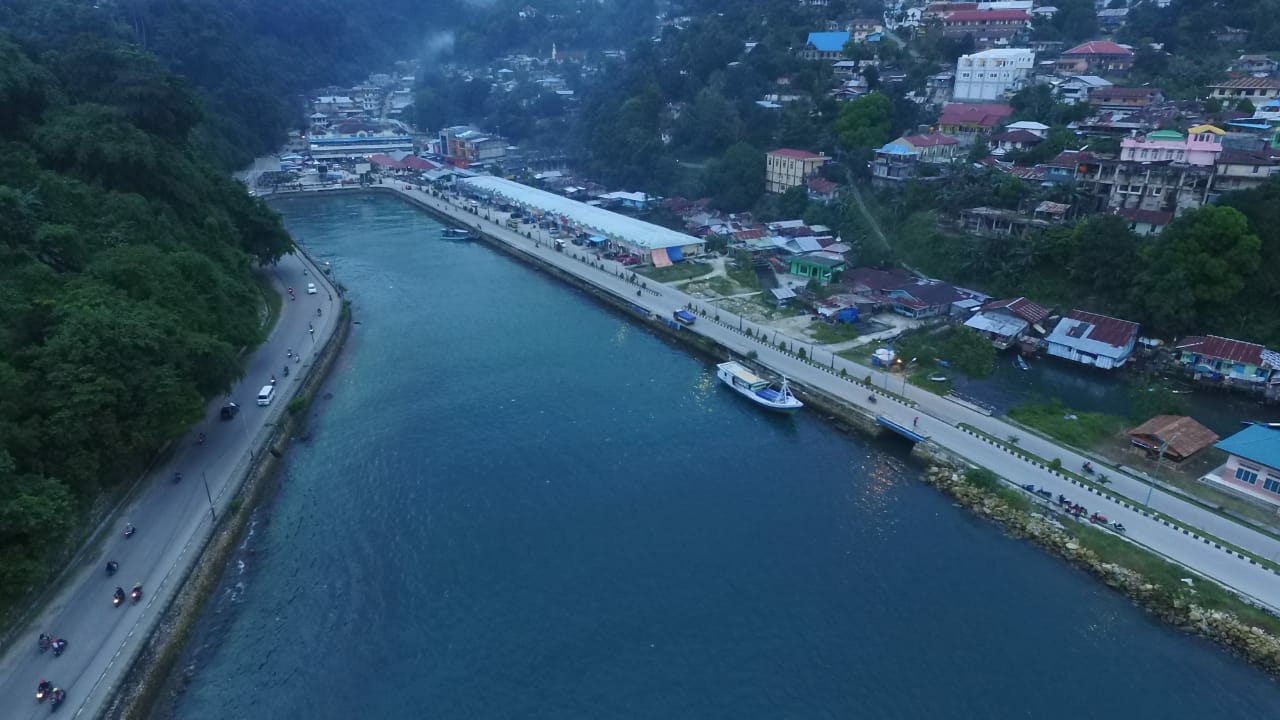 Fakfak is a city located in West Papua area and to achieve this place tourists must use aircraft that fly directly to Fakfak Airport. The city of Fakfak has a mosque that was built 200 years ago and also an ancient cliff site located in the Kokas area. There are many tourist attractions in Fakfak. Some of them are the Kokas Cave, Lorentz National Park, Kiti Kiti Waterfall and the Patawana Beach.

For tourists who like typical food of Fakfak then must taste the candied nutmeg, which is good for the body health. Moreover, there is also a “sago martabak” made from sago which is mashed, fried and given brown sugar. 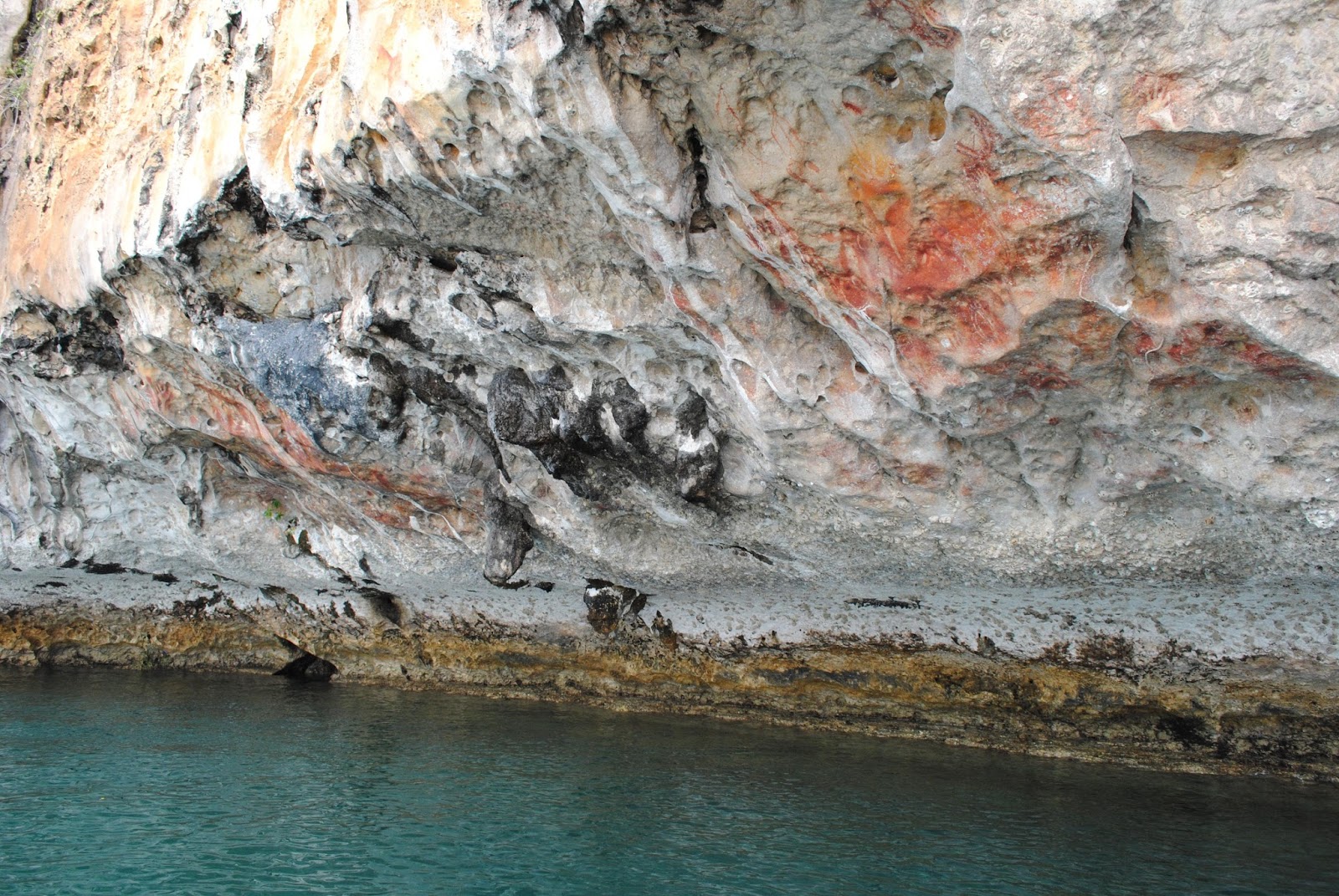 This historic site is located in the Kokas area. It is a historical place from the Japanese army during the Second World War. Inside the cave there is absolutely no lighting and the shape of the cave is still preserved exactly the same as it was left by the Japanese army. The journey from the city of Fakfak to the Kokas Cave takes about two hours.

The cave which was a hiding place has a length of 138 meters and there are three bunkers measuring four meters for the Japanese army reconnaissance site. Because of the lack of incoming sunlight, tourists are required to bring their own flashlights or lighting sources and sometimes have to walk while feeling on the walls around the cave. Because of the access road to the site is rather difficult and the condition inside the cave is extreme, making this tour is considered thrilling. 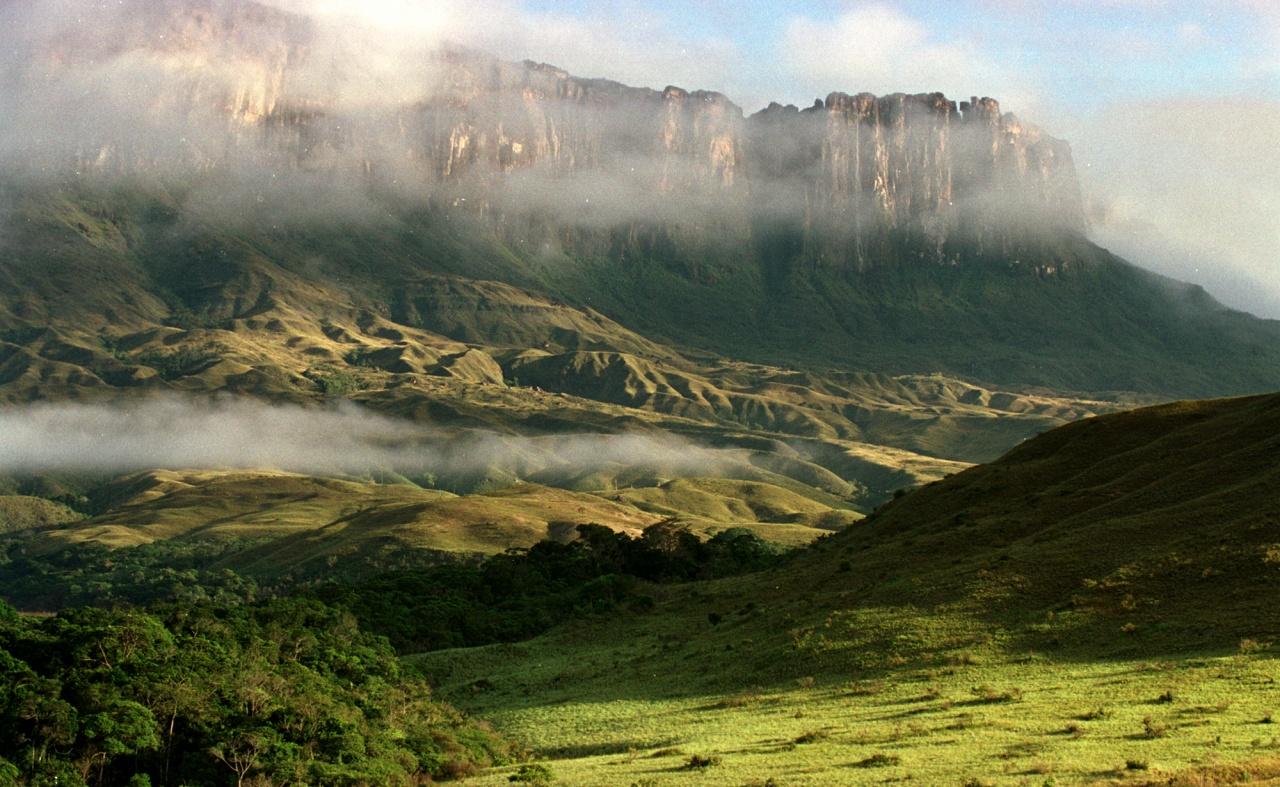 Lorentz is a national park which is situated in an area of two provinces, which are the Papua Province and the West Papua Province. You can enjoy the natural scenery and vegetation around the park. In this area you can also see the culture of indigenous Papuans such as the Asmat Tribe, Sempan Tribe, Dani Tribe and Amungme Tribe. To reach this place you can use a plane from the city of Timika through the northern part of the national park, or you can take the sea lane to the Port of Sawa Erma.

The park that has a native ecosystem is mostly forests and almost untouched by humans. The local residents who live around the national park also participate in preserving the forest. Meanwhile there are many species of flora and fauna live here. 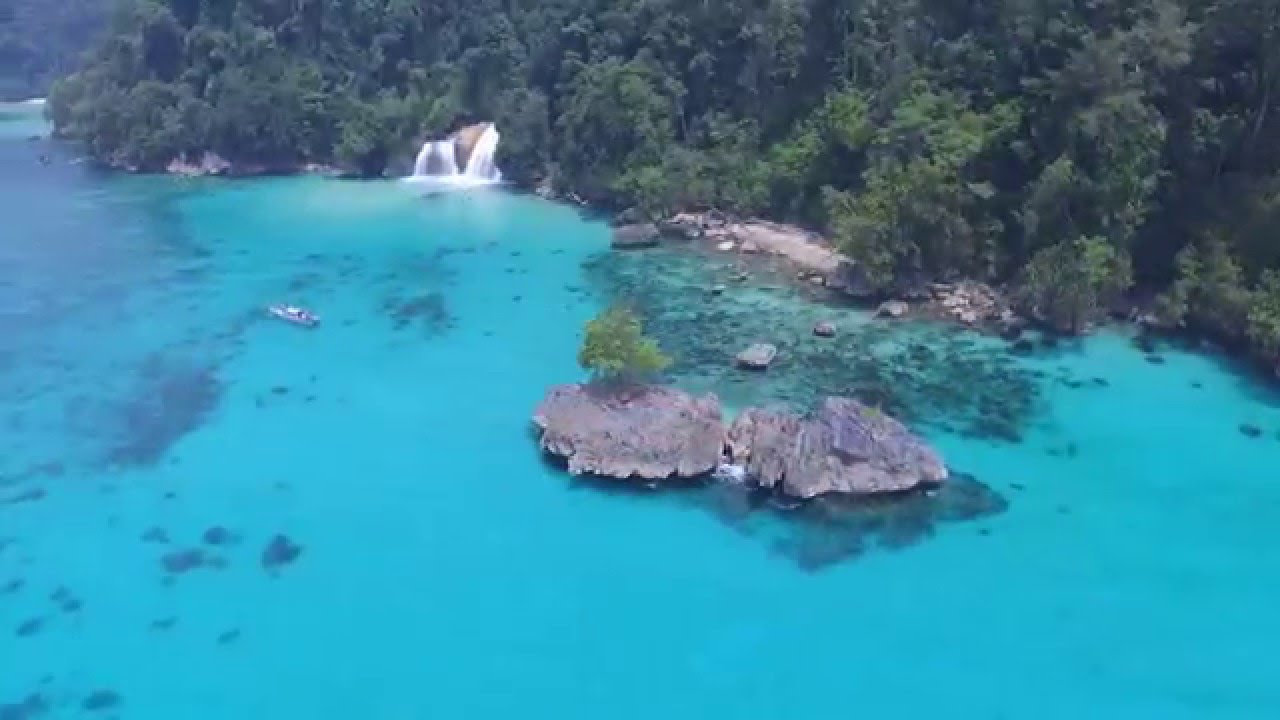 There are many activities you can do in this area, for example fishing, swimming and snorkeling. Moreover you can also do camping activities on uninhabited islands around this waterfall area. Unfortunately this beautiful place is still relatively difficult to reach because access to Kiti Kiti is still limited. One option to reach it is by using a speed boat from the Port of Fakfak which takes about 4 hours. 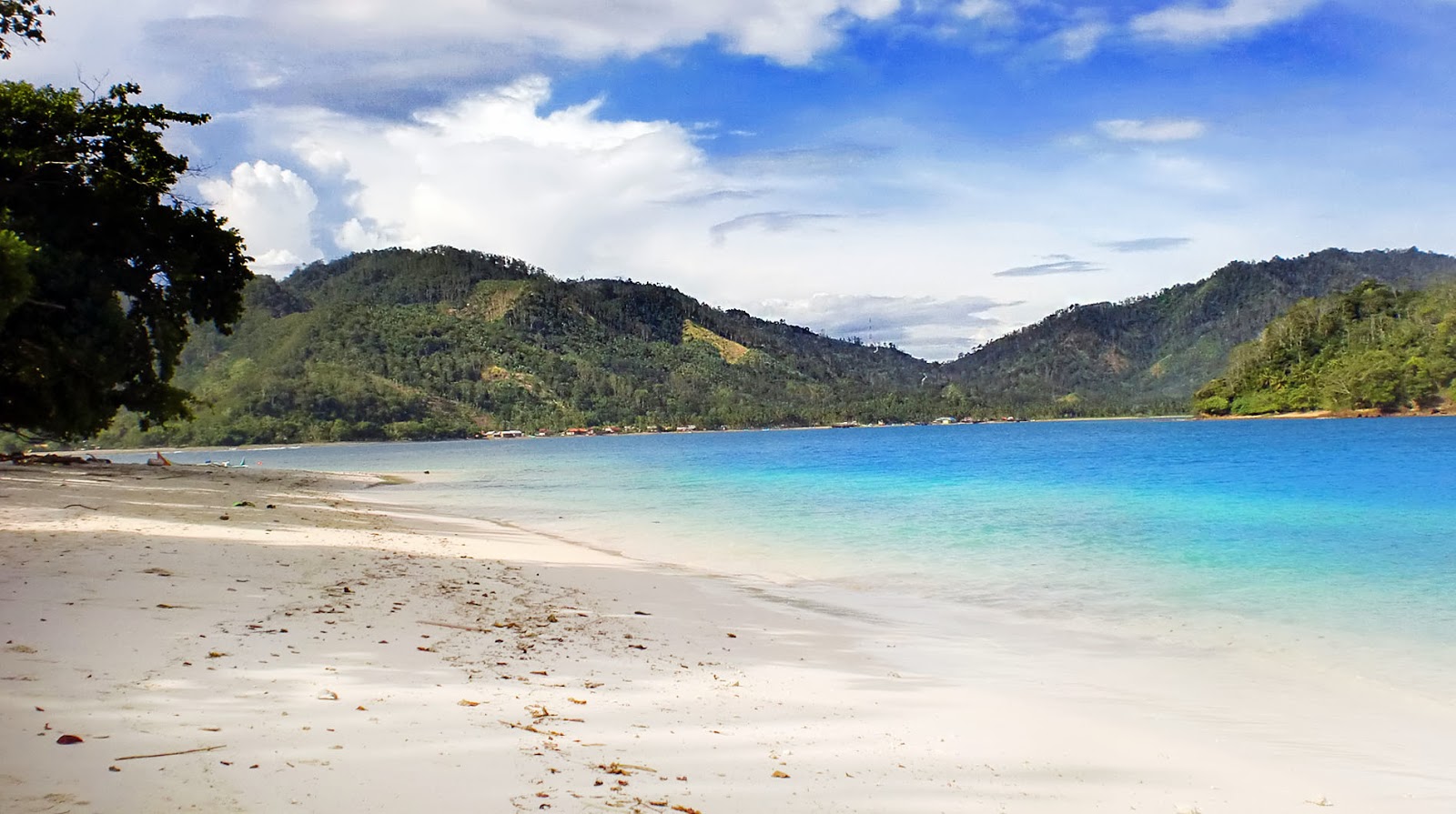 Patawana Beach is located in Kotam Village, Fak Fak Regency, West Papua Province. This beach has a stretch of white sand beach with clear blue sea water. A row of coconut trees also decorate the beach. Patawana Beach does have a natural beauty charm that makes it one of favorite tourist attractions for local residents. The ecosystem around the coastal area is still beautiful and well maintained.

It can be seen from the birds that are still flying around the coast and also the coral reefs as well as the big amount of fishes in the sea. Even many fishermen are looking for fishes on this beach. Not to mention visitors can also do snorkeling or diving. Meanwhile, if you want to enjoy a good surfing, you can visit this beach between August and December.