Bali Kissing Festival or in local language known as the Omed-omedan is a tradition or ritual of hugging and kissing among the youth which is held once a year, after Nyepi to welcome the Saka new year.

The name Omed-omedan itself comes from the Balinese language which means “to pull”. The origin of this ceremony is not known for sure, but this ritual has been going on for a long time and is preserved for generations by the residents (or called “Banjar”) Kaja in Sesetan Village, South Denpasar, Bali.

For ordinary people this ritual is interpreted as mass kissing festival among the single boys and girls, held one day after the Nyepi Day.

The Beginning of the Bali Kissing Ritual

Like other rituals, the existence of Omed-omedan also come up with a story. That said, this unique tradition originated from the life of a small kingdom in the South Denpasar area long time ago. One day, a sick king was disturbed by the noise coming from pulling game played by the boys and girls in the yard.

Disturbed by the noise they made, the king came out with the intention of stopping them. But a miraculous thing happened because when he was outside the king suddenly felt healthy and totally recovered from his illness. Since then, the king urged the Omed-omedan tradition to be held every year after Nyepi, on Ngambek Geni Day (one day after Nyepi). 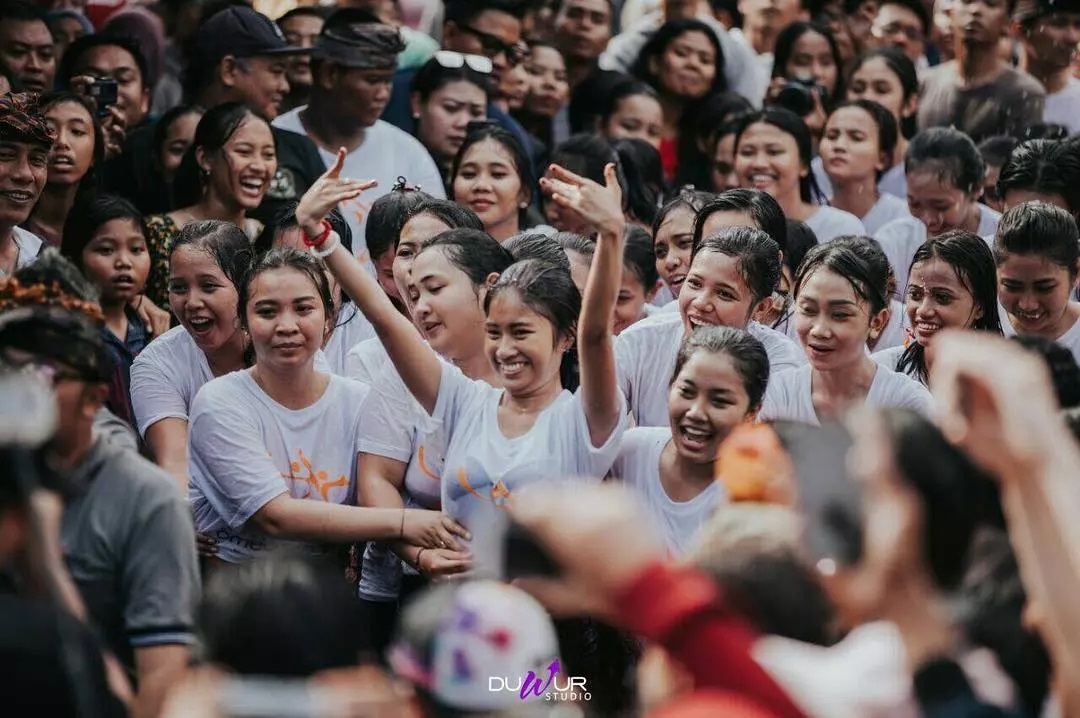 For this event, young people are divided into two groups, which are group of men (teruna) and women (teruni). Before performing the ritual, all participants must attend a praying ceremony at the temple, where they will be sprinkled with holy water.

The two groups then line up looking directly at each other while guided by the pecalang (local security officer). Afterwards, one person from each group will be appointed and paraded. The two young people who are in the forefront must embrace and kiss each other. Their kiss will stop after the senior elders sound the whistle or pour water on the participants.

Omed-omedan festival usually lasts about two hours or until all participants get the chance to pull each other. Not only the participants who enjoyed the excitement, apparently the public audience including tourists are also entertained.

Omed-omedan for Harmony and Attracting Tourists 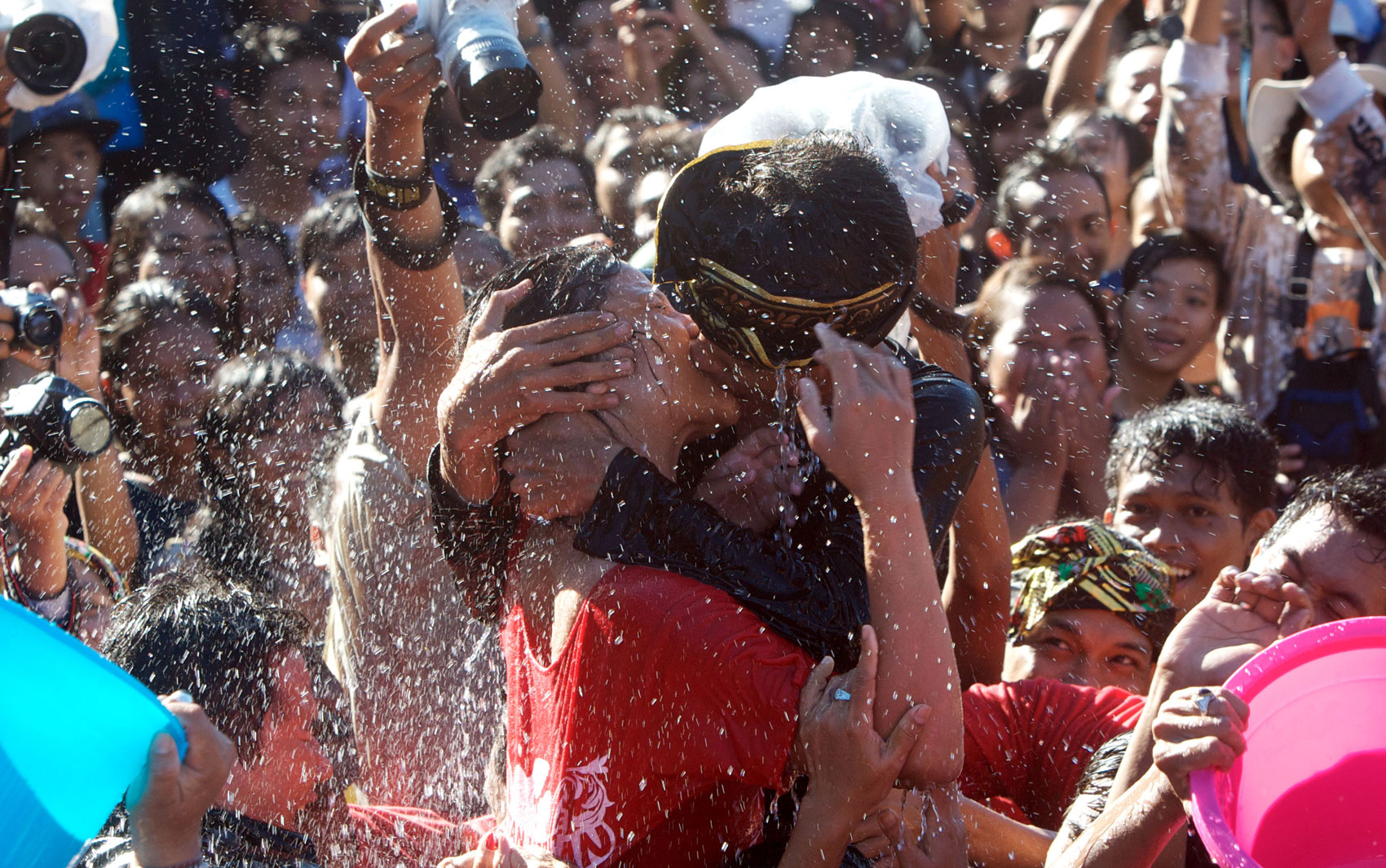 This Bali kissing ceremony is not just a ritual but also a form of friendship among fellow citizens, an event to maintain harmony and solidarity among the community.

In spite of all the controversies related to this tradition, Omed-omedan continues to held until today. Moreover, this tradition successfully attracts tourists every year. This event is also considered to be an attractive event for those who are curious about unique traditional culture of an area.