Balinese Nyepi The Day of Silence

Nyepi is one of public Hindu holiday that is uniquely celebrated. Usually religious holidays in the world are celebrated royally, but Nyepi is the opposite. On the exact-day, Balinese are immersed in Catur Brata Penyepian, or the 4 fundamental prohibitions of Amati Karya (no work), Amati Geni (no fire, no light and no electricity), Amati Lelungan (no travelling), Amati Lelanguan (no entertainment). So the atmosphere is really peaceful.

Nyepi comes from the word quiet which means silent, deserted, lonesome without any activity. Nyepi is a Hindu New Year based on the Saka Calendar. Unlike the New Year celebrations (every 1 January according to Masehi Calendar), the Saka New Year in Bali begins with seclusion and to respect the Nyepi 4 Prohibitions. There are no activities as usual. All activities in Bali will be abolished, including public services except hospitals.

The main objective of Nyepi is to ask God Almighty (Ida Sanghyang Widhi Wasa) to purify Bhuana Alit (human nature/microcosmos) and the Bhuana Agung (universe/macrocosmos). Nyepi is believed to be the day of purification of the gods that exist in the center of the ocean that carries the essence of living water. 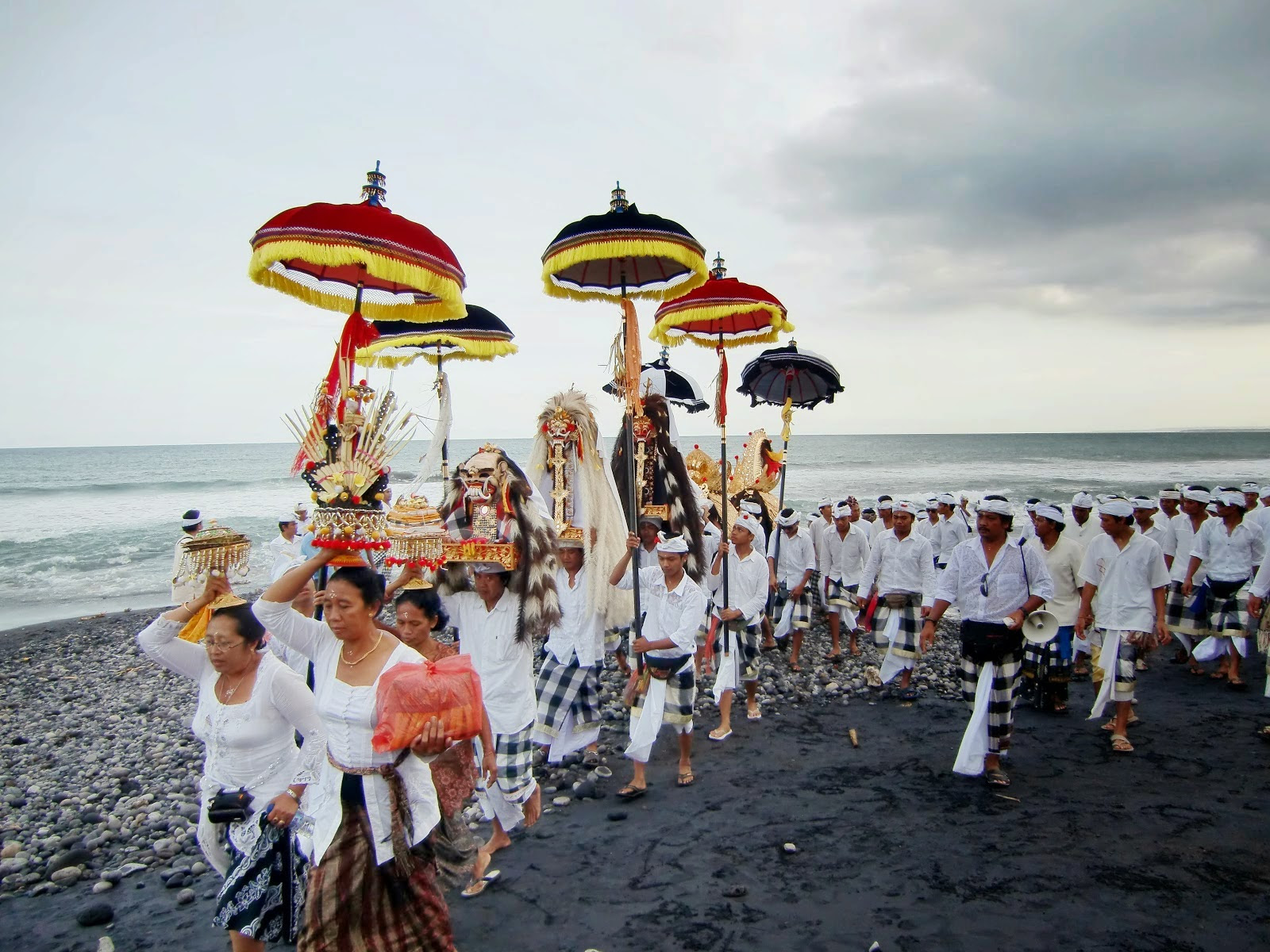 Usually three or two days before Nyepi, Hindus perform purification by performing a Melasti Ceremony or also called Melis/Mekiyis. On that day, all the praying facilities in the temple (Pura) are paraded to the beach or lake, because the sea or lake is a source of holy water (tirta amerta) and can purify all the fatigue (dirty) inside the humans and nature.

The day before Nyepi (Pengerupukan Day), Hindus held the Buta Yadnya Ceremony or “mecaru” (a ceremony to neutralize bad powers in the human nature and the universe) at all levels of society, starting from each family, banjar, village, district and so on, by taking one of types of caru (a kind of offerings) according to their abilities. The Buta Yadnya Ceremony is addressed to the evil spirits so they will not disturb the people. 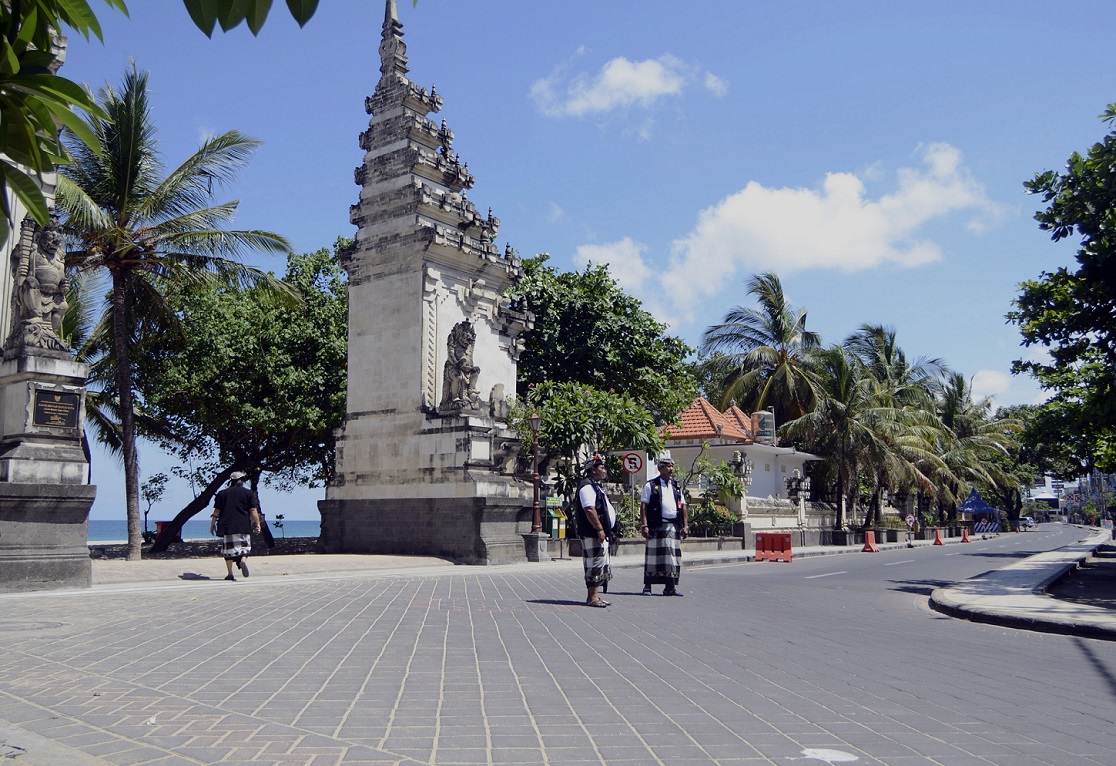 The Buta Yadnya Ceremony is then followed by the Pengerupukan Ceremony in the afternoon. This ceremony consists of torching around the house and the whole yard and hitting anything until it sounds noisy. This stage is done to expel the Buta Kala (evil spirits) from the home environment, yard and the surrounding environment.

Specifically in Bali, Pengerupukan is usually enlivened by an “ogoh-ogoh” parade which is an embodiment of the Buta Kala which is paraded around the environment, and then burned. The goal is the same, to expel the Buta Kala from the surrounding environment. 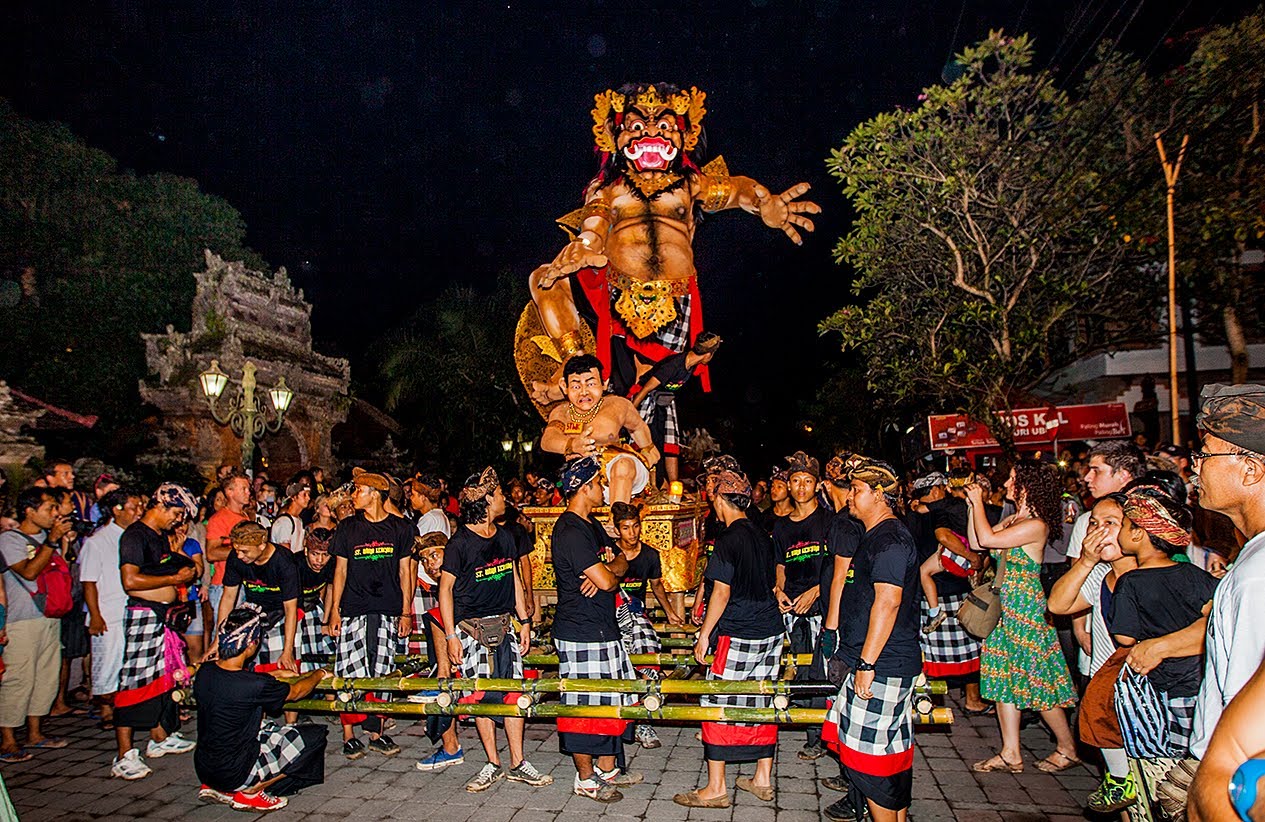 Hindus celebrate Nyepi for 24 hours, from sunrise (6am) to 6am the next day. During the silent day, the people are expected to obey the Catur Brata Penyepian (Nyepi’s 4 fundamental prohibitions) which are Amati Karya (no work), Amati Geni (no fire, no light and no electricity), Amati Lelungan (no travelling), Amati Lelanguan (no entertainment). Hopefully by respecting those Catur Brata Penyepian, people can learn how to control oneself so can be more focus to do good things in their life.

One of the restrictions that are rather “hard” for tourists to follow is the Amati Lelungan, where tourists are not allowed to go outside of their hotel or place where they stay. All the people that are in Bali during the Nyepi Celebration have to follow the rules. If tourists keep insisting to travel around, they will be stopped and warned by customary police (pecalang).

They day after Nyepi is called Ngembak Geni which in general means free to do activities of daily living. During the Ngembak Geni Day, the Hindus in Bali usually pray to show gratitude and at the same time asked God to always give his protection to all mankind. Moreover, the Hindus will also do the Dharma Shanti (friendship and forgiveness) activities by visiting friends, family and society. 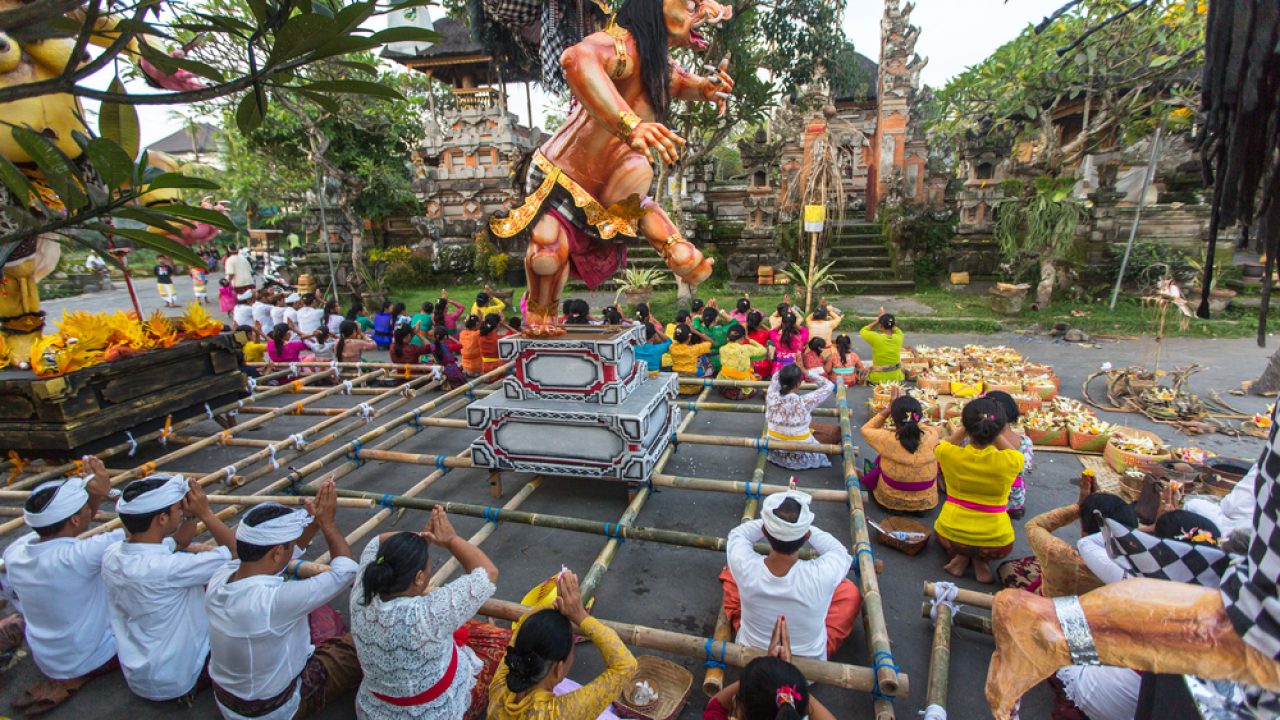 If we think deeply about the Nyepi celebration, it contains a very deep and noble meaning and purpose. The whole Nyepi series of activities are spiritual dialogue carried out by Hindus so that the life in this universe will be balanced and harmonious among the people and the nature.

The implementation of Nyepi in Bali is indeed unique and special. The concept of Catur Brata Penyepian (Nyepi’s 4 fundamental prohibitions) is indeed very relevant to the current world conditions. Currently our earth is facing various problems such as global warming, nature damaged by pollution and massive exploitation, energy crisis and other issues caused by moral degradation.

The Nyepi Silent Day celebration makes Bali as the only island in the world capable of resting the whole island from various activities in 24 hours.